Unfortunately, today’s world has become a place where murder is all too common. Despite the fact that the country has seen a rise in violence over the last few decades, there are still some murders that make even the most hardened among us stand up and take notice. Our jaws drop open and we wonder how in the world someone could be quite so evil as these spree killers. While it’s awfully sad that there have been enough spree killers in the world that we can make a list of the top 10, you’ll still want to learn a little bit about these evil murderers. Read on to see the deadliest spree killers in the world. 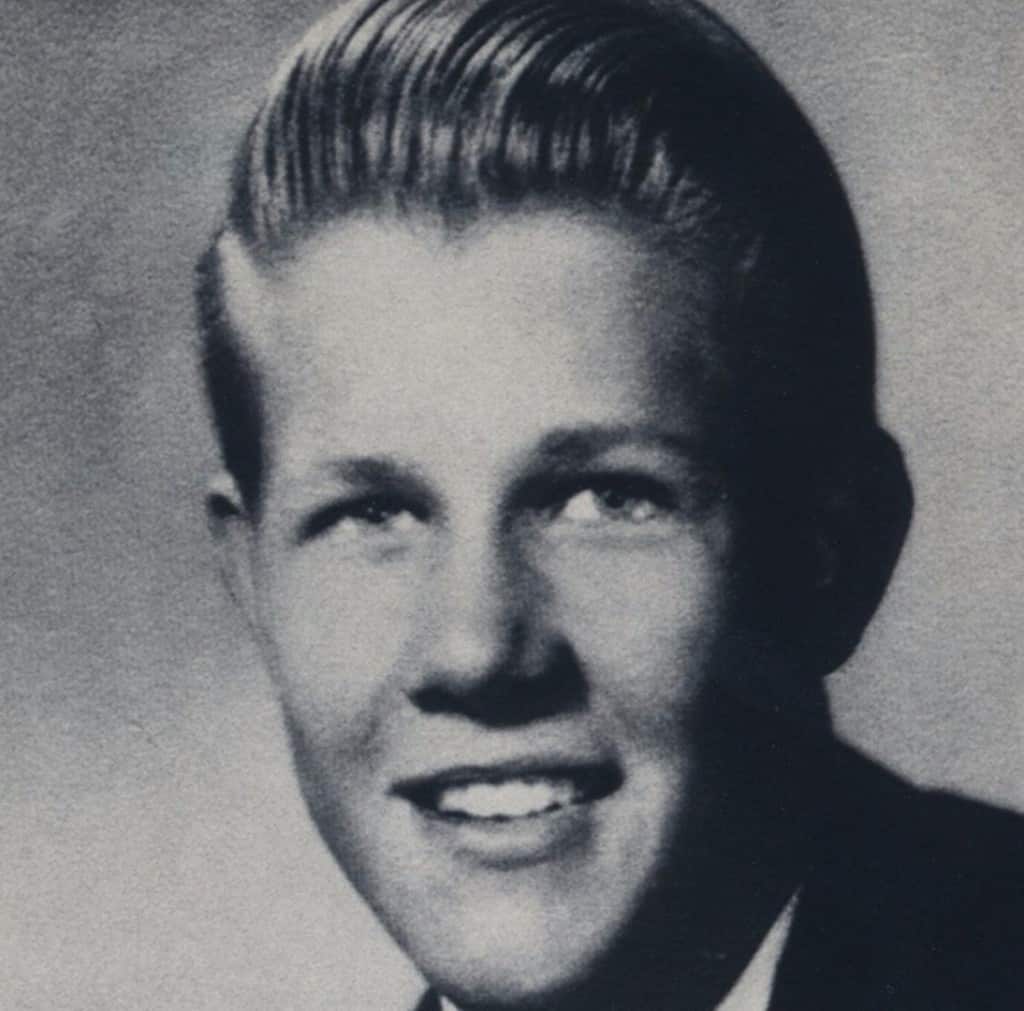 On August 1, 1966, Charles Whitman killed his wife and mother before heading to the University of Texas campus, where he shot 46 people, killing 14 of them. He was eventually killed by police and they found a note asking authorities to do an autopsy on him. That autopsy found a tumor in his brain that could have led to his murderous spree. 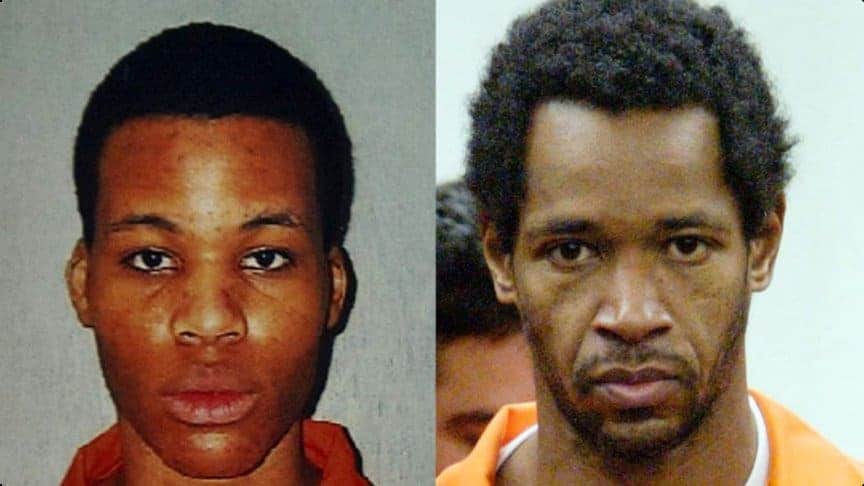 John Allen Muhammad & Lee Boyd Malvo before the pair were caught, they were collectively known as the Beltway sniper and were engaged in a series of murders over a three week period. In total, the two men killed 17 people, and injured 10 more before they were caught. John Allen Mohammad (42 at the time) was put to death in 2009 and Lee Boyd Malvo (17 at the time) was put in prison for the rest of his life without the possibility of parole. 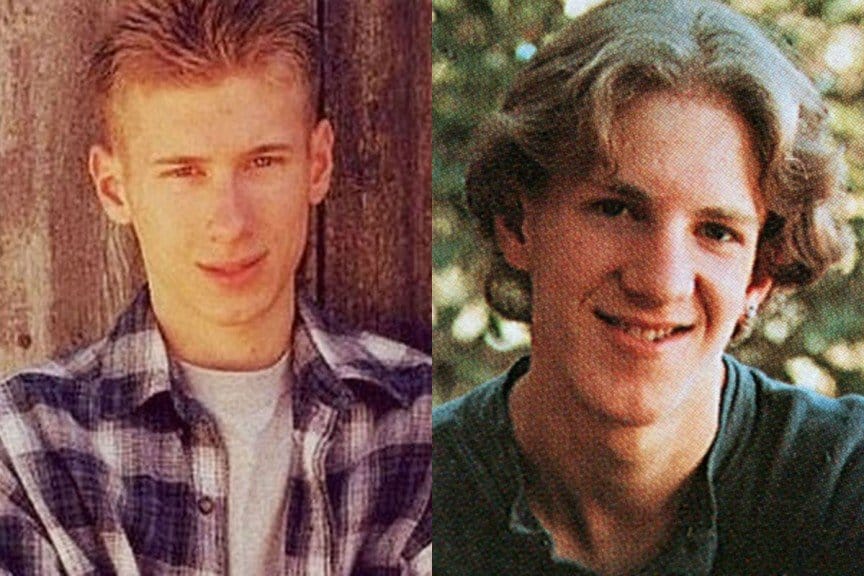 Eric Harris & Dylan Klebold are the most famous school shooters in the history of the country after their murderous rampage at Columbine High School in Colorado. On April 20, 1999 the pair went into their school and began a rampage where they shot 33 people, killing 13 of them. 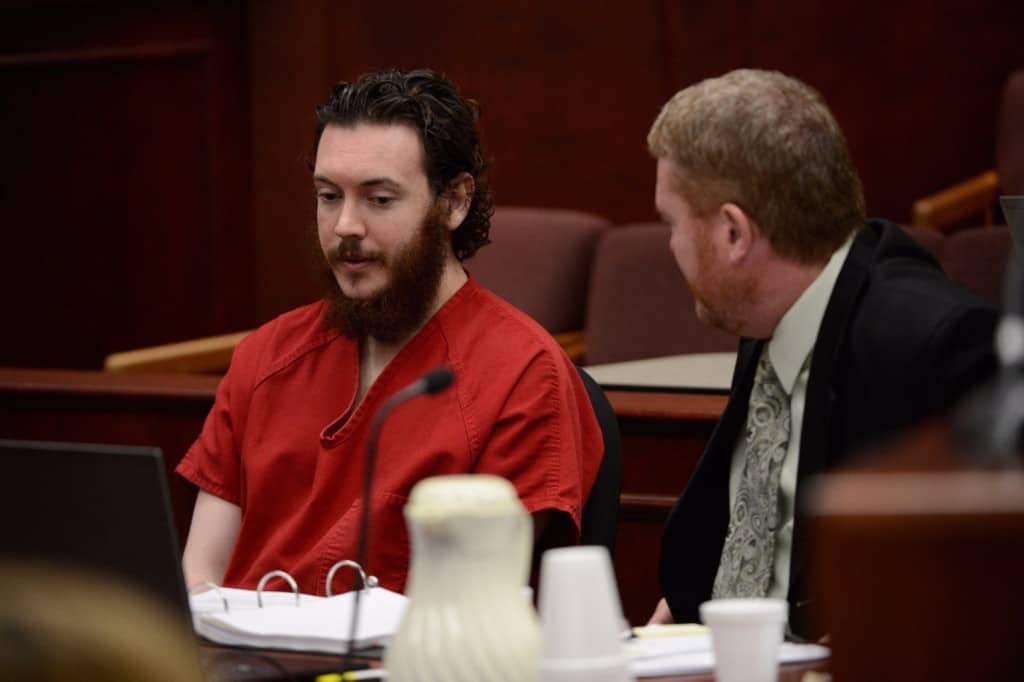 On July 20th, 2012, James Eagan Holmes attended a midnight screening of Batman: The Dark Knight Rises and opened fire on the other moviegoers. When the smoke had cleared, Holmes had killed 12 people and injured another 70. 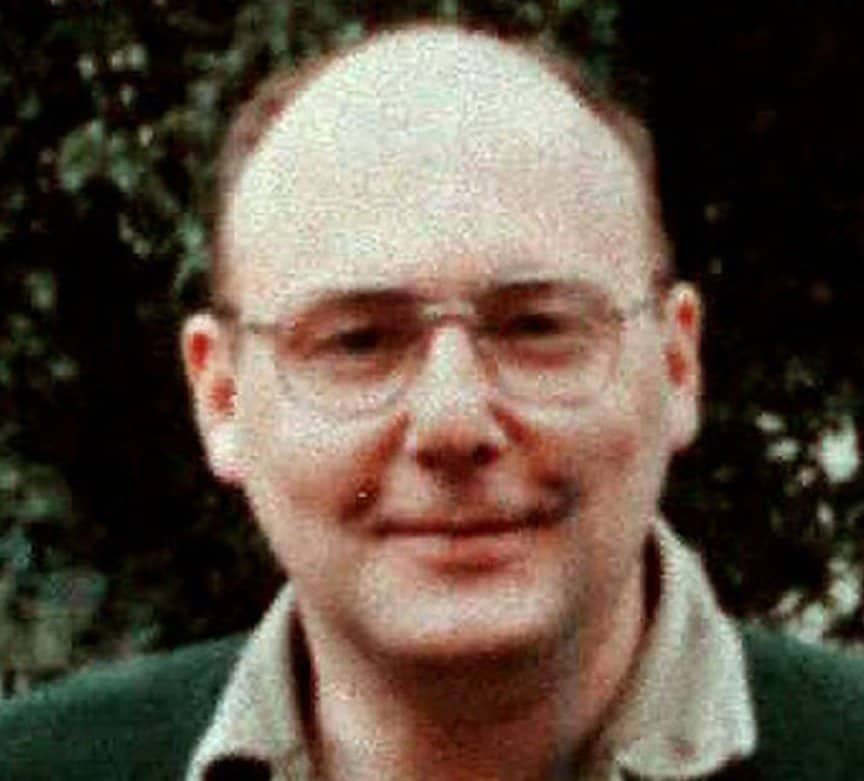 On March 13, 1996, Hamilton walked into an elementary school in Scotland and started shooting, resulting in him killing 16 children and 1 teacher, and an additional 15 people were injured; all in the space of four minutes. He then turned the gun on himself. It was this murder spree that led to Great Britain passing laws banning private ownership of handguns. 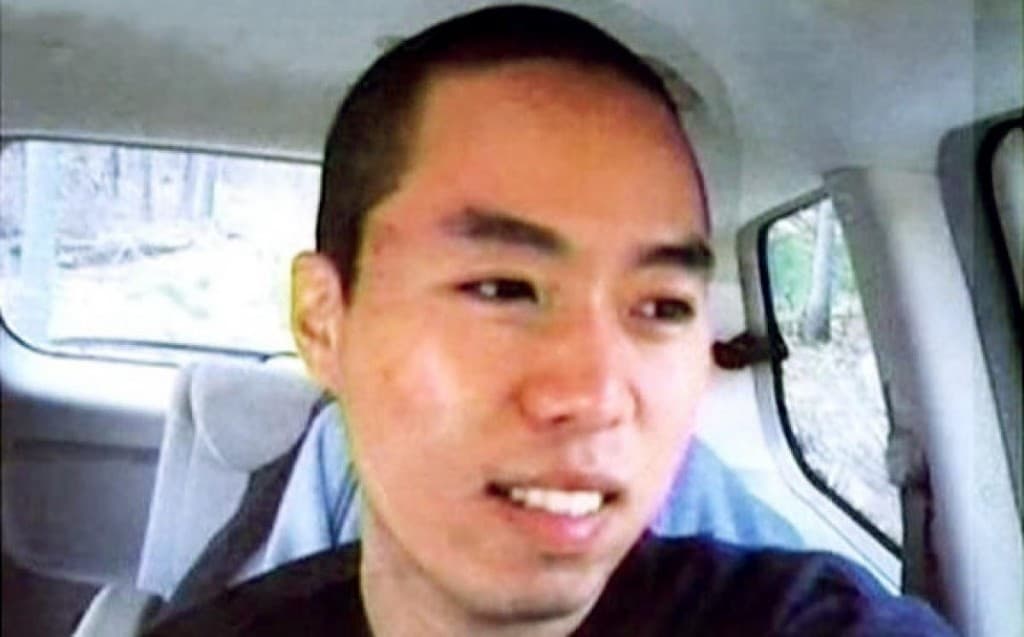 Seung-Hui Cho is the murderer guilty of the Virginia Tech massacre which occurred on April 26, 2007. He took the lives of 32 people and injured 17 more before committing suicide. This is still the single deadliest shooting on a college campus by one person in the world. 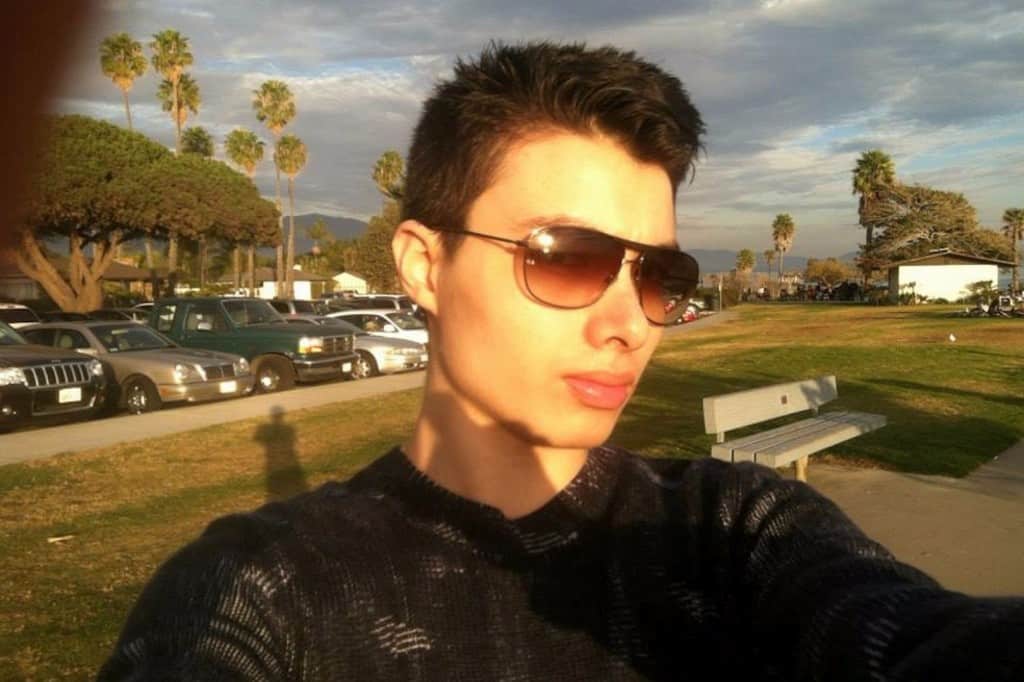 May 23, 2014, 22-year-old Elliot Rodger killed 6 people and injured 14 others in Isla Vista California. Rodger started his rampage by killing his roommate and then he drove to the University of California campus and started shooting random strangers. Eventually he drove into a parked car and shot himself in the head. 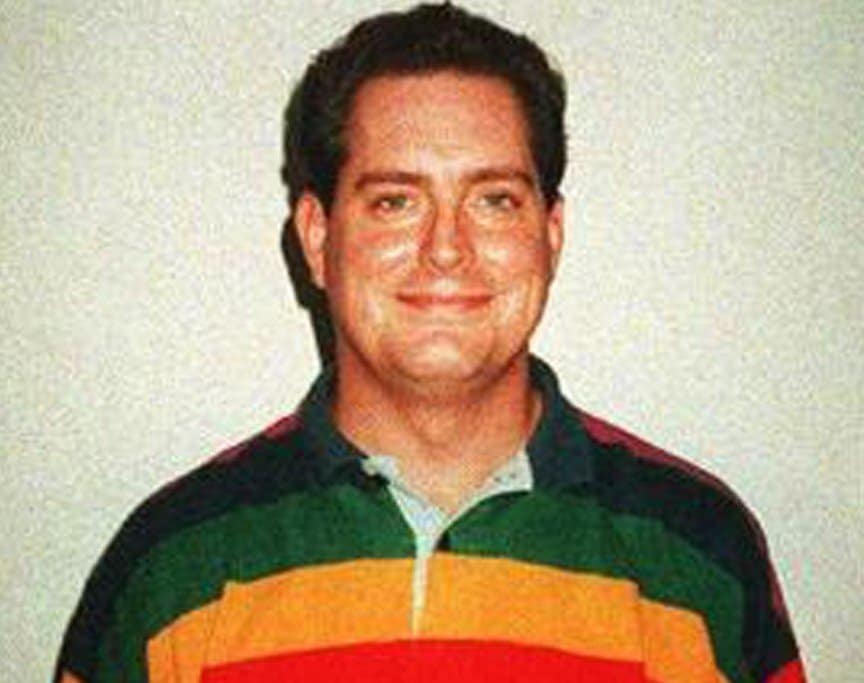 On July 29th, 1999, Barton, who was a mild mannered day trader before his spree, walked into his office at Momentum Securities and started shooting. After killing four people there, he went next door to the All-Tech Investment Group and killed five people there. After committing suicide, authorities went to his house and found that he had killed his wife and two children. 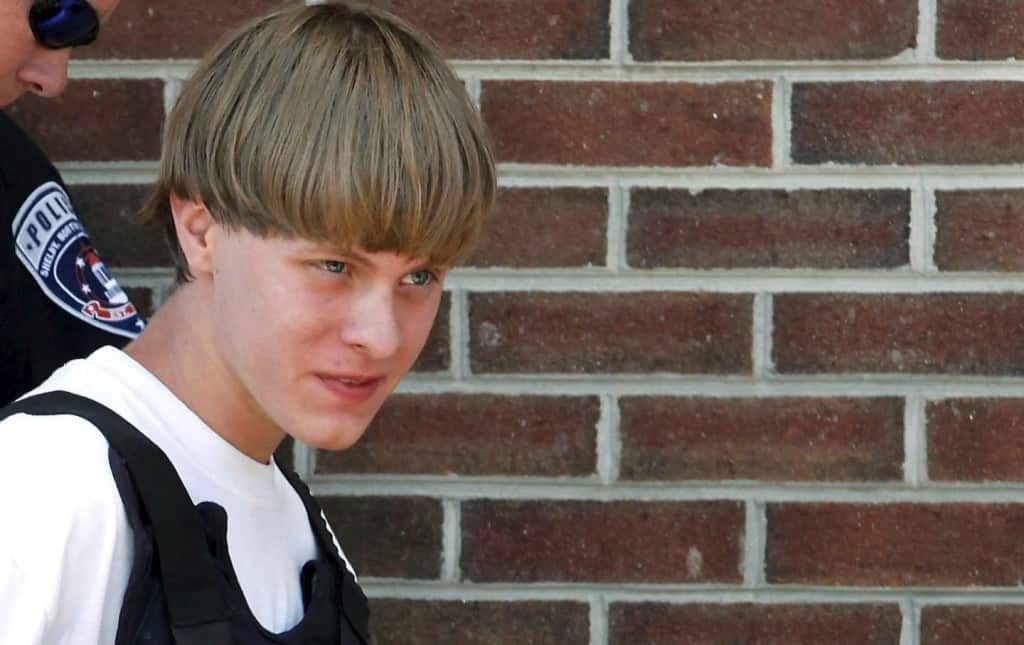 Dylann Roof is one of the most recent spree killers on this list. He walked into a Charleston, South Carolina church, joined a bible study class for the better part of an hour and then began shooting, killing nine people and injuring one other. He was later caught by police when he went on the run.

Adam Lanza was the twisted little twerp who went on a shooting spree at Sandy Hook Elementary School in Newtown, Connecticut. He shot 20 children and six staff members before he turned the gun on himself.