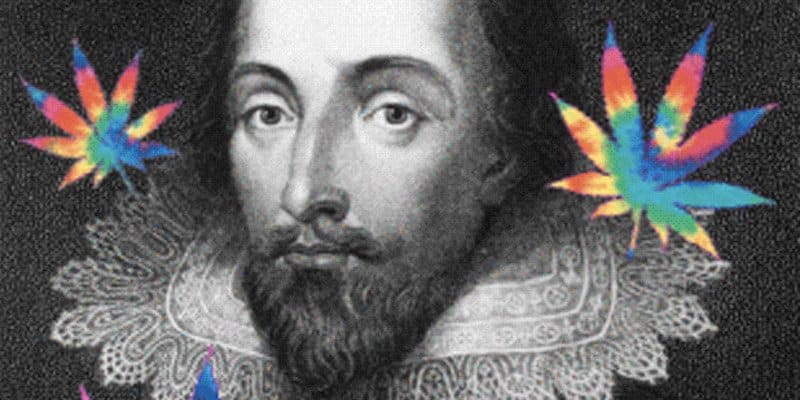 It has been found by the South African Journal of Science that the great William Shakespeare might have been a pothead. The tobacco pipes in Shakespeare’s personal possessions showed evidence of cannabis and nicotine. The possessions were found on his garden site in Stratford-upon-Avon. This is a huge revelation — suddenly, the ‘Midsummer Night’s Dream’ made a whole lot of sense!

Despite the fact that the tobacco pipes were found on his property, it’s not conclusive yet whether the pipes really belonged to the playwright himself.

Prof. Francis Theckery, from the Evolutionary Studies Institute, University of Witwatersrand in Johannesburg, South Africa, told CNN about Sonnet 76: “I think that Shakespeare was playing with words and is probably a cryptic reference to cannabis.”

If these were true, then it’s safe to conclude that Shakespeare may have penned some of his masterpieces while stoned. What do you think? Is this all an odd conspiracy or was Shakespeare really a stoner?