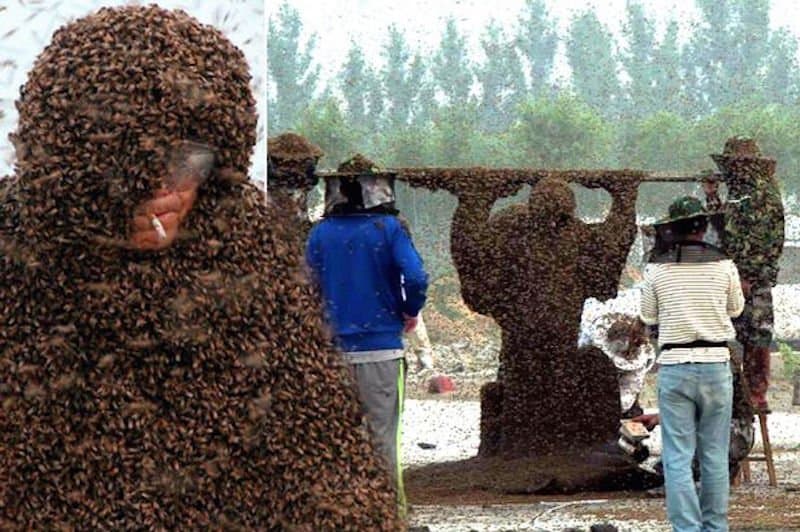 Gao Bingguo wanted his Guinness World Record back, so the Chinese beekeeper allowed 1.1 million bees to cover his body on Monday to gain it back. While it may seem like a crazy feat for most people, it was just another day to Bingguo, who happened to smoke a cigarette while it was going on!

To put it into perspective, that was about 238 pounds of bees on his body at one time. While he may have been enjoying a cigarette during the hour-long process, he was probably in a lot of pain too. When all was said and done, Bingguo ended up with 2,000 stings.

In June 2014, Bingguo set the record with about 70 pounds of bees on his body at one time. However, Zheng Wei passed him with approximately 185 pounds of bees. Gao was not going to let his record be broken, so he set out on this crazy new attempt. As crazy as it sounded, Bingguo was successful in his attempt and it was validated by officials from the Carrying the Flag World Records organization.