Man Finds A 2,700 Year Old City Under His Basement

Imagine your home was harboring a secret. Whilst it looked normal and harmless enough from the outside, behind the walls, something completely different was going on. Let’s say one day, you had to do a little remodeling work in the basement. When you were chipping away at the plaster, you noticed a hole behind the wall. You pushed through a little further and discovered that the hole is an entire room. You kept going on and on, picking your way through and pretty soon, you discovered an entire city beneath your house.

Believe it or not, this is actually true. In 1963, a Turkish man was redoing his house and was stunned to discover an entire city beneath the foundations of his basement. The city, known as Derinkuyu, was believed to be built in the 7th or 8th centuries BC. Whilst this might sound a little too good to be true, these pictures speak a thousand words.

First Of All, He Discovered a Tunnel. 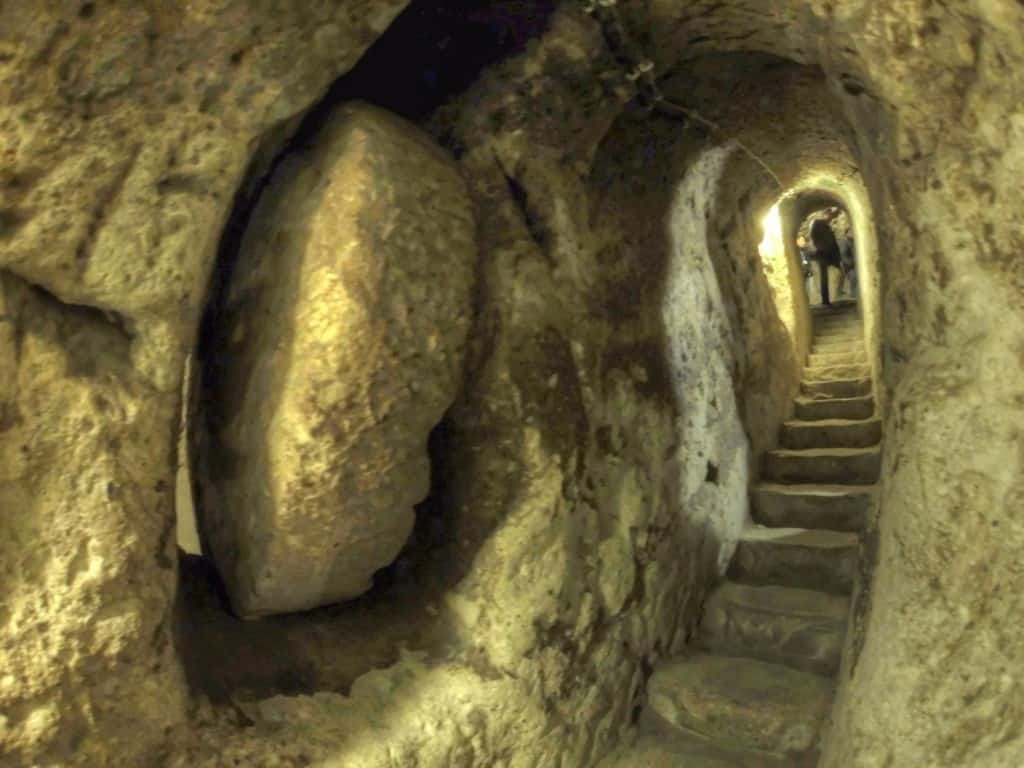 This seemed innocuous enough; secret passageways beneath the streets are, whilst exciting and surprising, hardly a new invention.

Then He Discovered A Passageway. 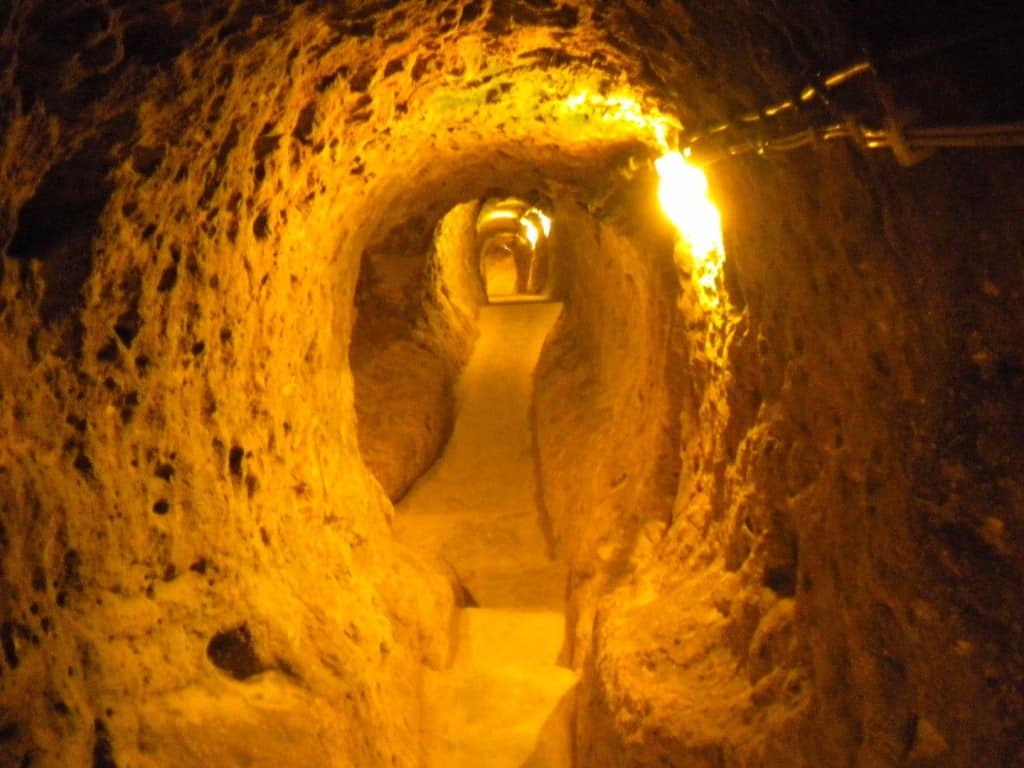 When the tunnel kept winding further, he knew that it wasn’t as simple as an underground hideaway; something was different here.

The Passageway Led To An Entire Underground City. 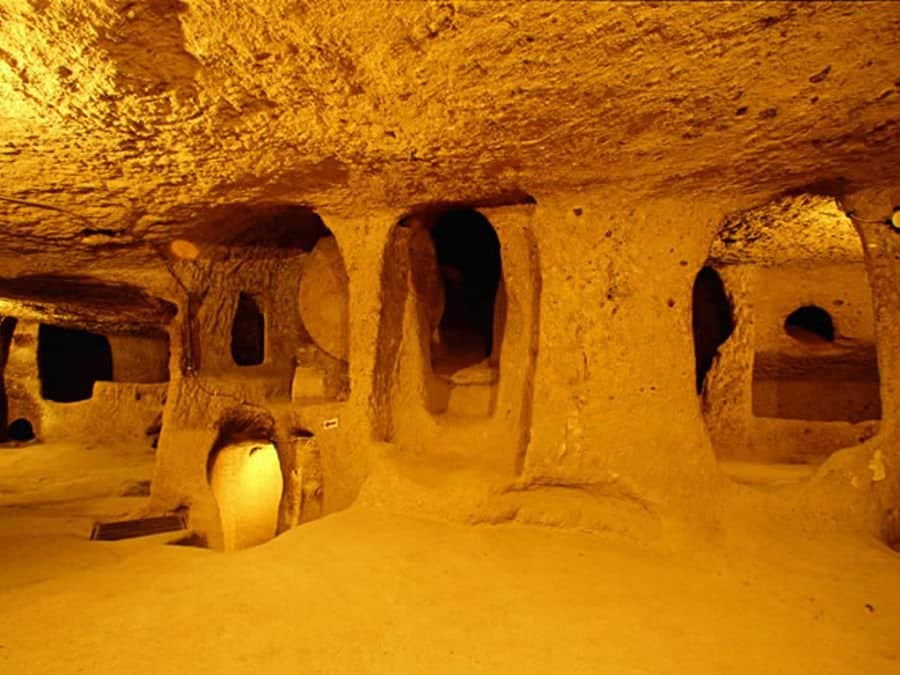 Yep, that’s right. A city. Beneath the foundations of his home, the man discovered the ancient underground city of Derinkuyu, an urban space carved into the stone.

The city has vents to the surface and several discreet entrances. It was most likely built as a precaution to keep people safe in times of war, or natural disaster.

The City Was Incredibly Modern, It Even Had A Winery 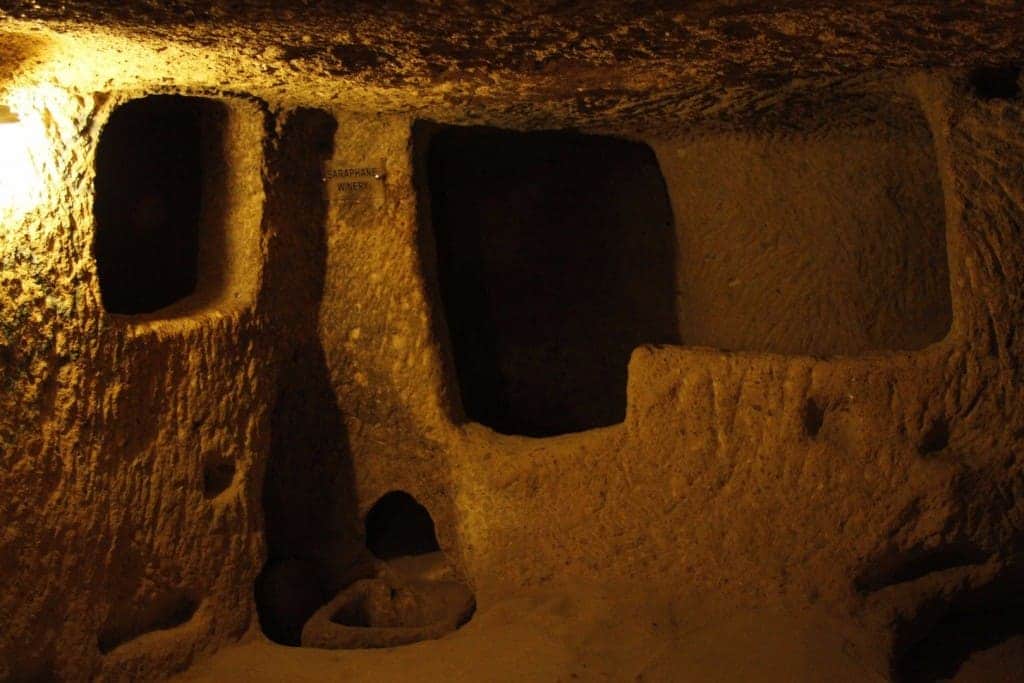 Believe it or not, there was enough space under the city to house around 20,000 people with food and livestock. A winery was just one of the amenities in this fully functional city.

There Was Even A School 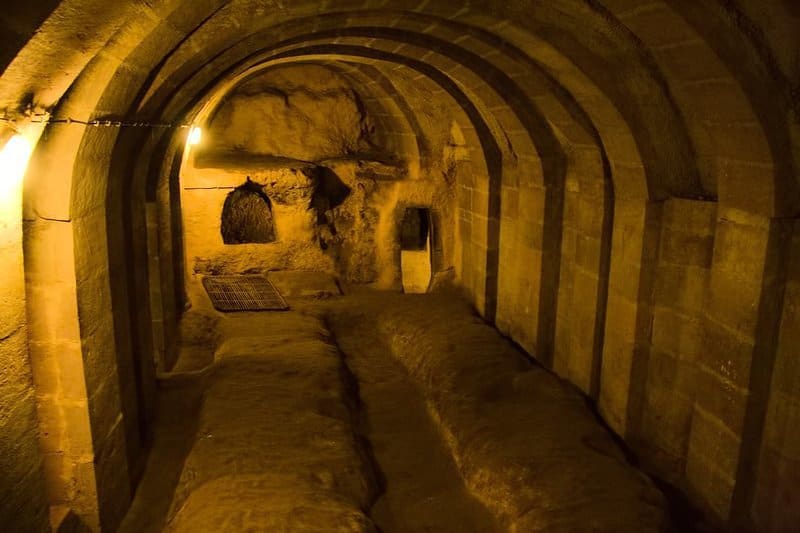 Derinkuyu was unique in its architecture to any other underground city. Its school had a barrel vaulted ceiling and was designed specifically so students could continue their religious studies when in hiding.

And There Was A Church 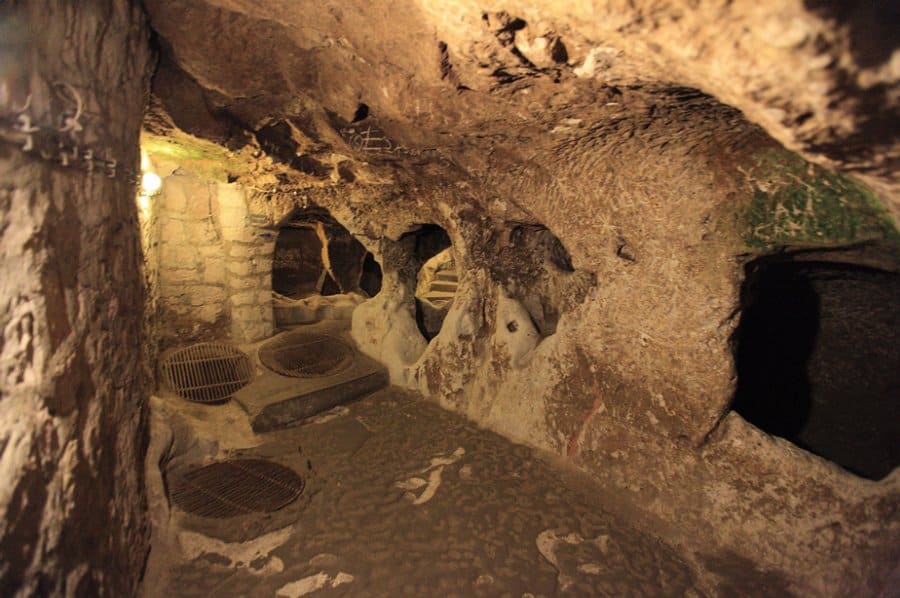 In many ways, ancient life didn’t differ from modern living and, whilst there were no digital tools, they had many of the same parts of society that we rely on today. 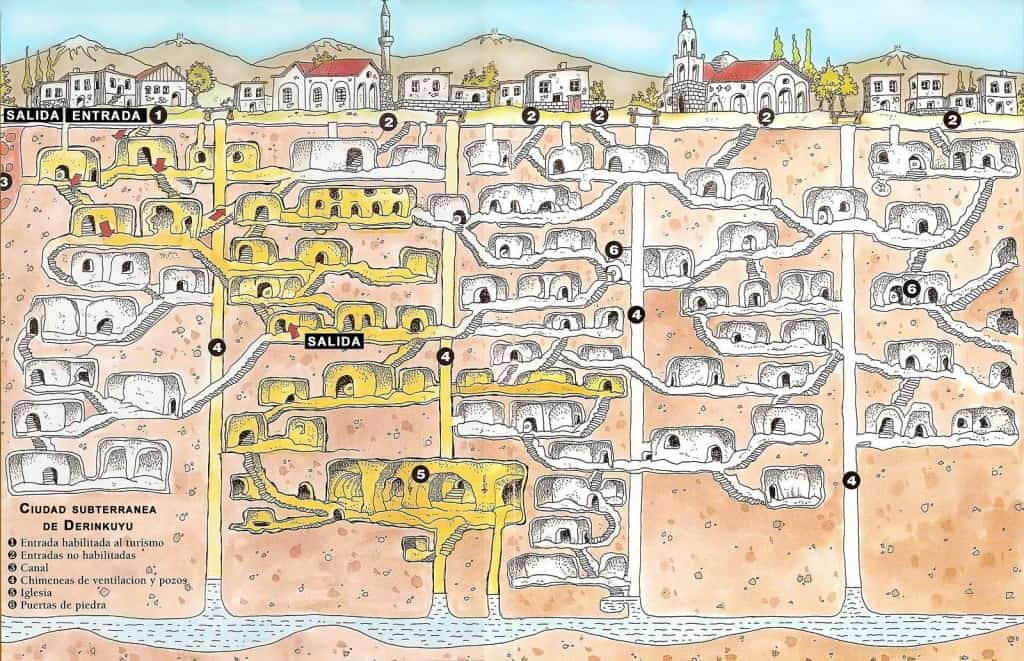 This illustration shows the layout of the city. Churches were situated at the bottom of the city, for maximum protection. The further down you went, the safer you were.

You Can Visit The City 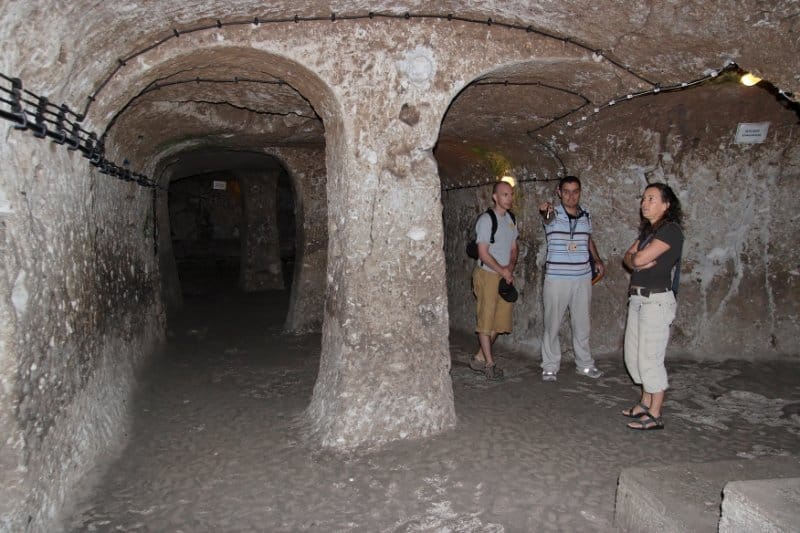 Until the early 20th century, the city was still being used as a hideaway. In 1969, it was opened to tourists and now about half of the underground space can be visited by the public.

Nothing Is Known Of The City’s Discoverer, Though 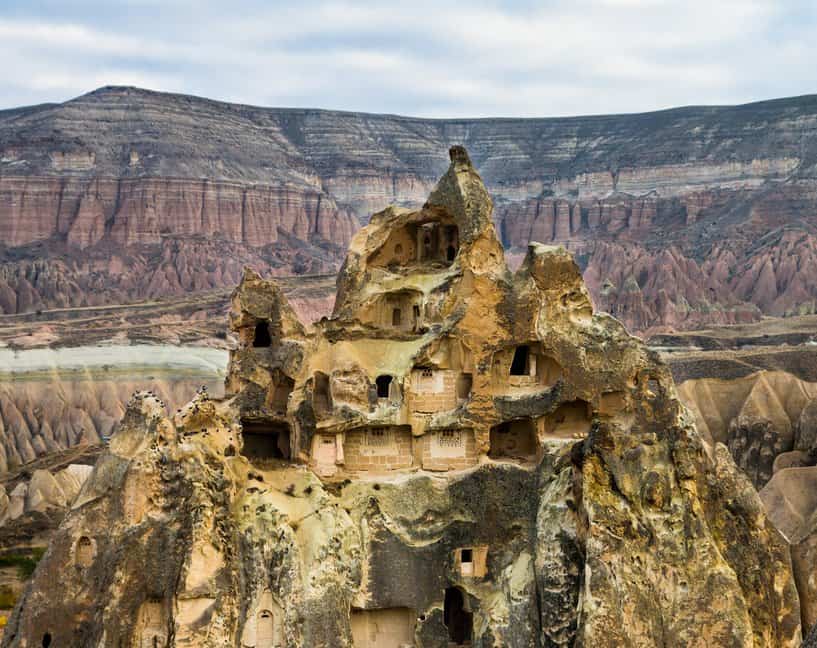 Just as mysteriously as the city was discovered, the man himself seemed to disappear from the public eye. Now, there is no official record of his identity.

Where Will The Next One Be Discovered? 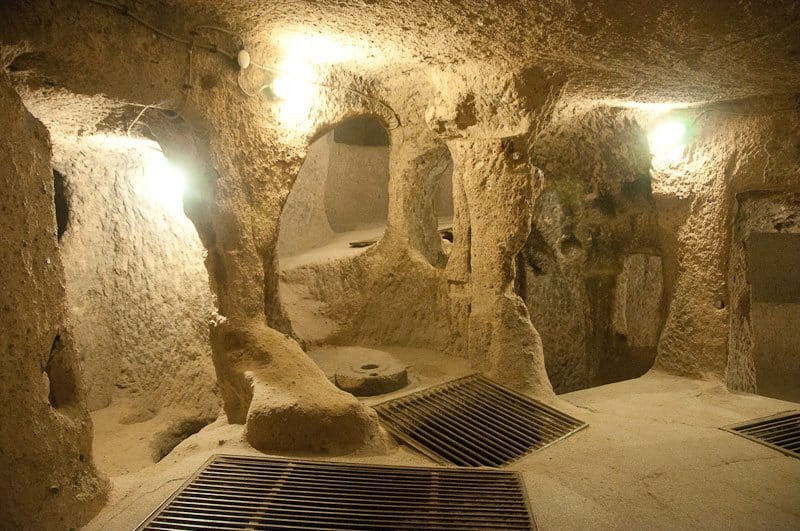 For all we know, there are hundreds of cities which are still lying beneath our feet. The only question is, when and where will the next place be discovered?