Creating a believable fictional persona requires a lot of talent and skill. Relying purely on your voice to bring a character to life can be one of the most challenging tasks for any actor. The steady rise of animation as a medium has given birth to a voice-over industry that relies on specialist actors to bring characters to life. There are many actors who have become legends within this sphere, acting as the silent faces behind some of the most beloved animated characters. Here is a list of 20 actors that have managed to make a mark on the entertainment industry by relying on their excellent voice-over acting skills. 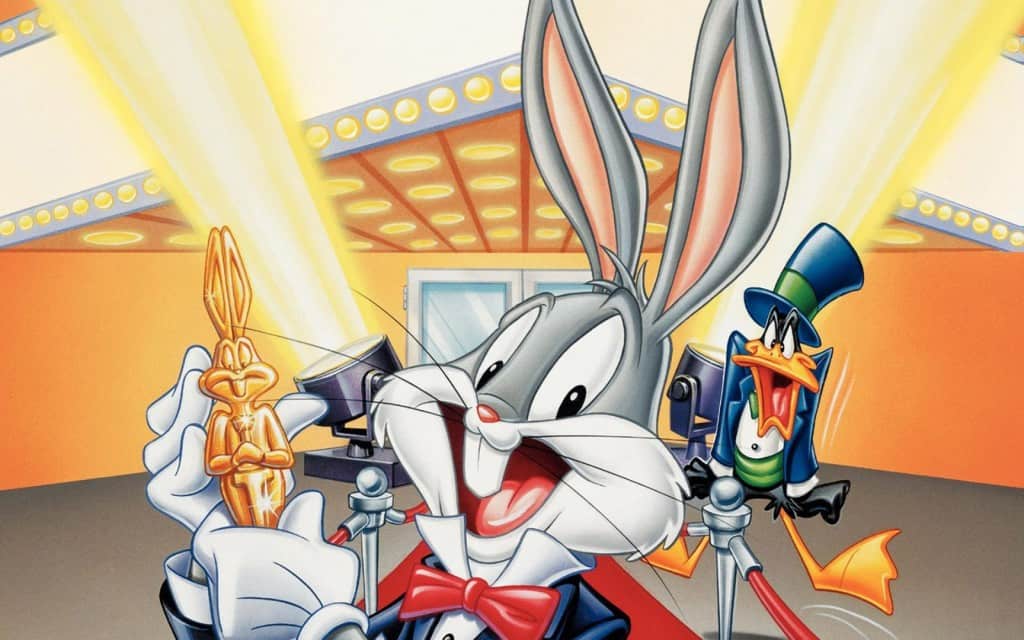 ‘The Looney Tunes’ are probably the most famous band of cartoon characters to grace our television screens. Their two most beloved characters, Bugs Bunny and Daffy Duck, were voiced by the genius voice-over actor Mel Blanc. He is widely regarded as the greatest voice-over actors of all time. 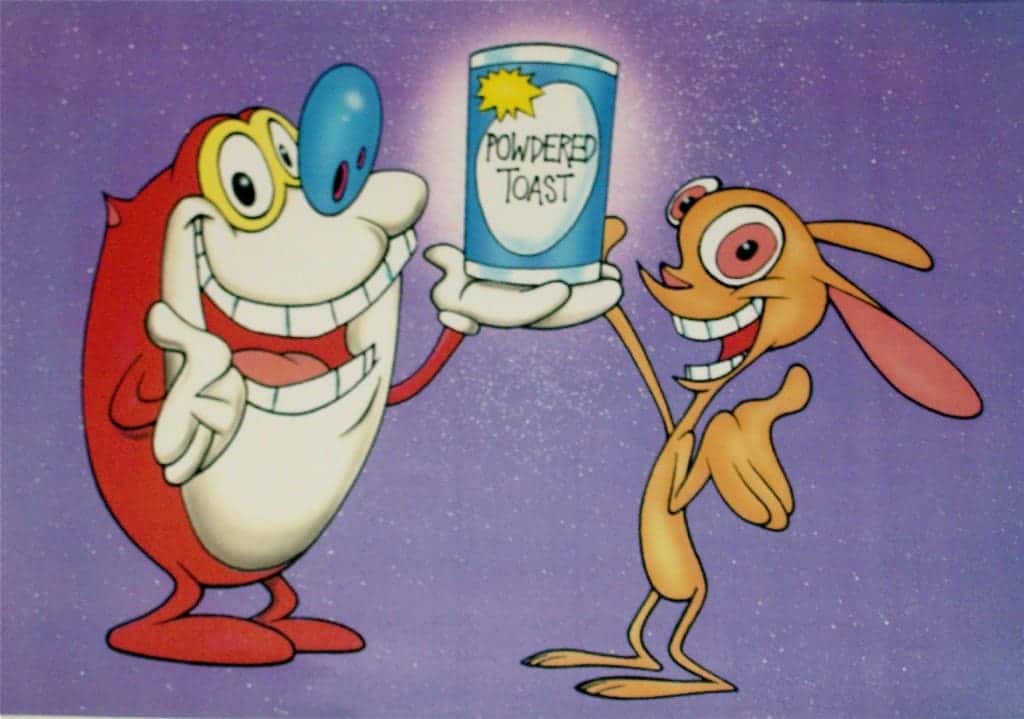 Billy West has brought to life numerous animated characters over the past few decades and is one of the most renowned voice-over actors of all time. Some of his best work includes his time as Ren and Stimpy on the ‘Ren and Stimpy Show’ as well as voicing Philip J. Fry, Dr. Zoidberg, Professor Farnsworth and Zapp Brannigan on ‘Futurama’. 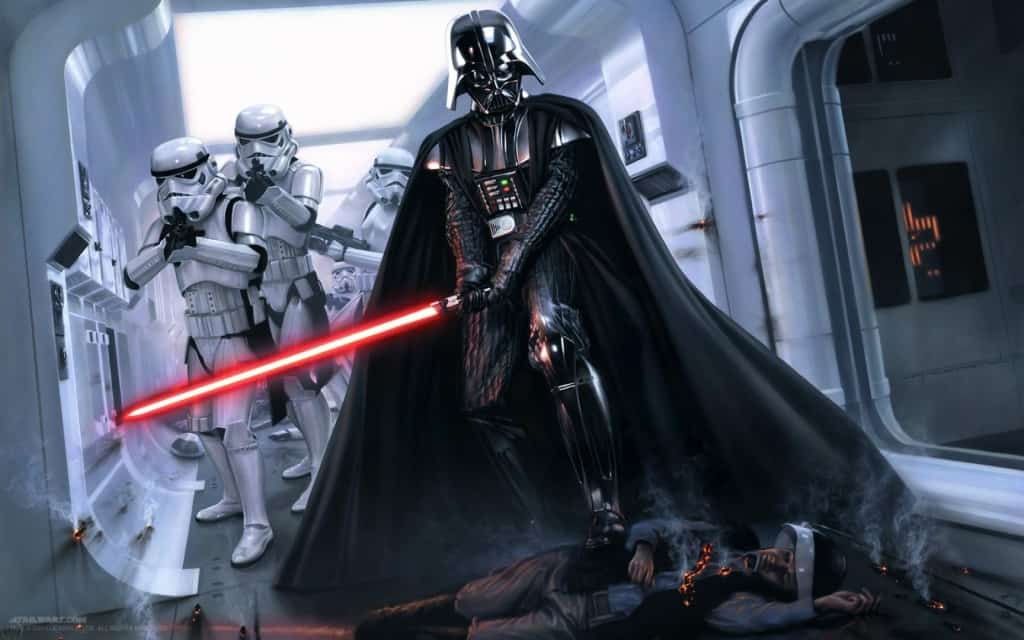 When you hear the words ‘Luke I am your Father’, you can’t help but hear it in the epic voice of James Earl Jones. The legendary actor has also voiced another memorable character in ‘Lion King’, playing the role of Mufasa, the loving king of the jungle who is viciously betrayed by his brother Scar. 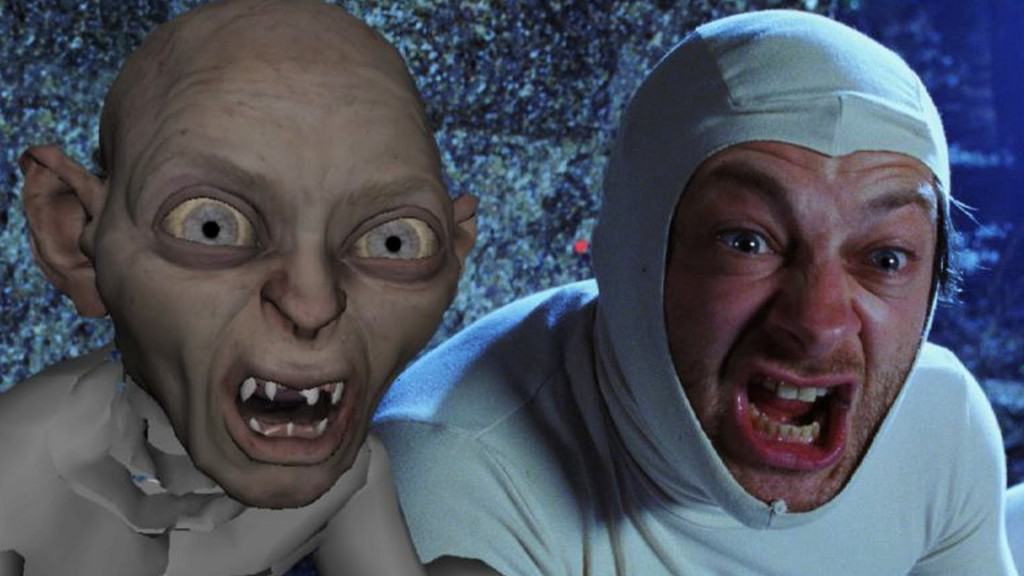 Motion capture technology has allowed voice-over actors to add an element of realism and flair to their animated/CGI versions. Ultron clearly had the facial ticks of James Spader in the latest ‘Avengers’ flick, but the technology was most memorably used while creating the beloved character of Gollum in the ‘LOTR’ franchise. Andy Serkis was absolutely brilliant in his portrayal of Gollum, making the audience genuinely feel for the character. 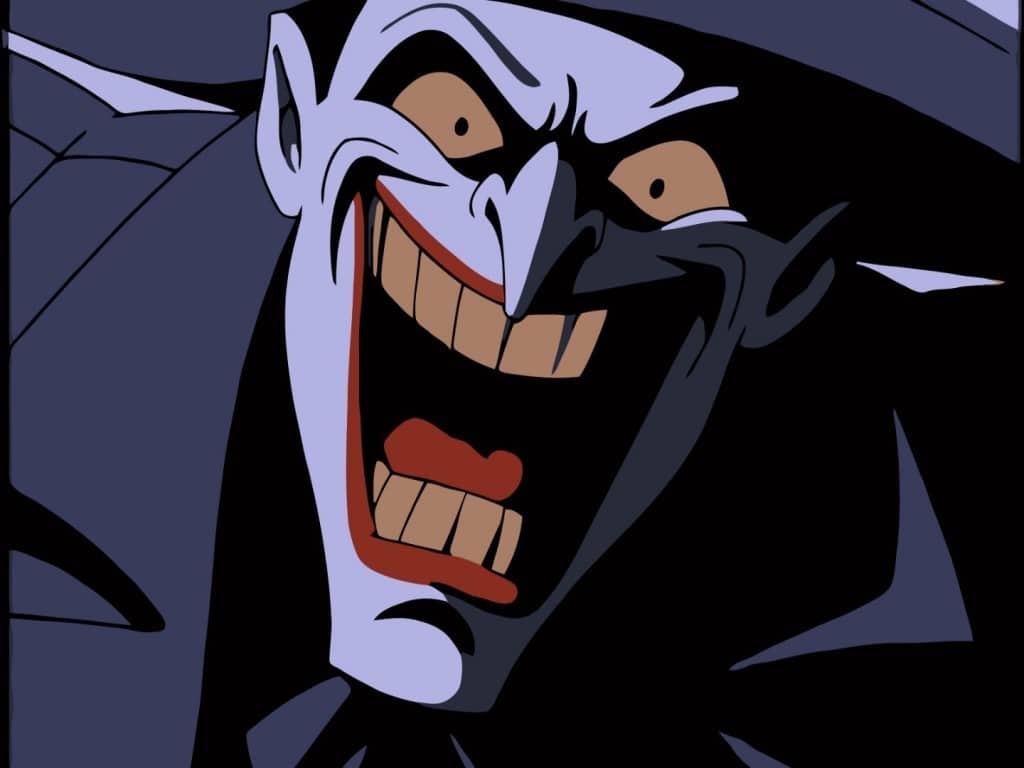 Voicing a character who is as finely chalked out and complex as ‘The Joker’ should be a challenge for any actor. Mark Hamill slipped comfortably into the role and has been acing it for a couple of decades now. He is responsible for the portrayal of the character in his many animated and video game forms, creating a level of consistency for the fans that the epic character truly deserves. 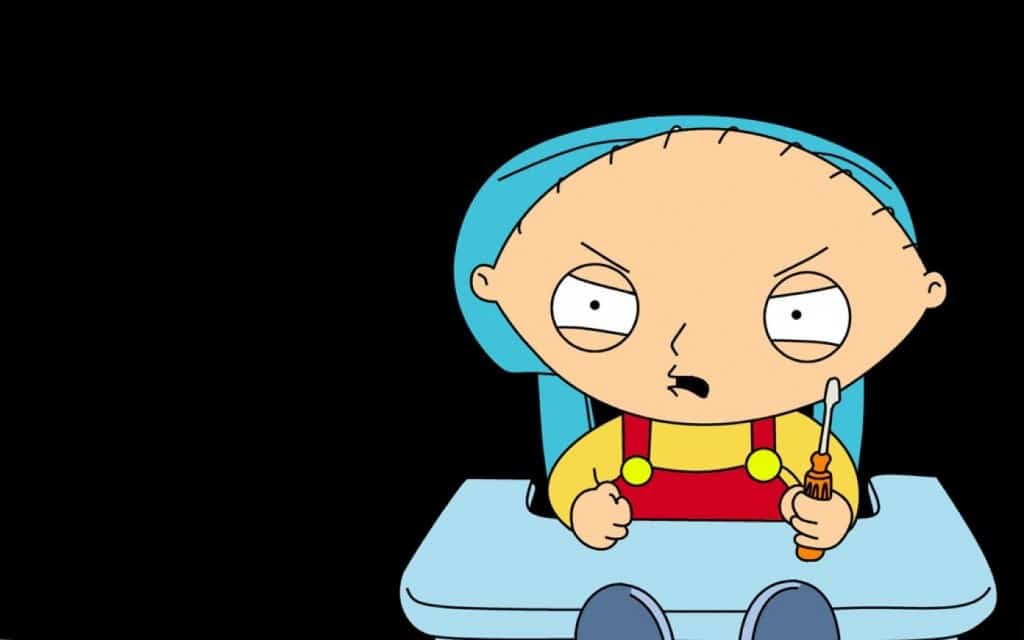 Seth MacFarlane is not only the creator of animated hits such as ‘Family Guy’ and ‘American Dad’, he is also responsible for bringing to life some of the show’s most memorable characters. It takes a certain level of skill to alternate between a menacing, British-sounding, possibly homosexual baby and a talking dog, but Seth MacFarlane sounds like he was born to play these roles. 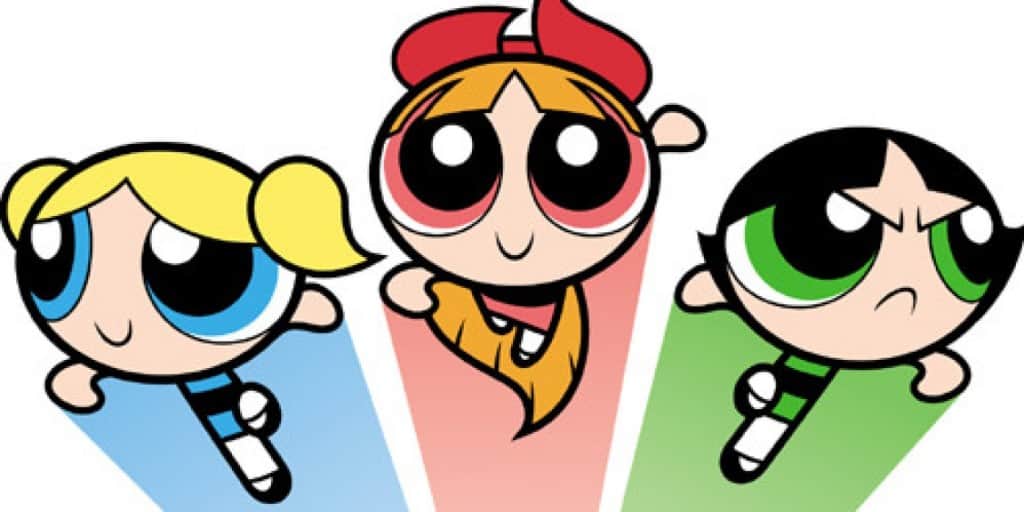 Tara Strong has contributed with her voice-acting skills in a number of hit series. Her first major voice-over role was of the titular character of ‘Hello Kitty’s Furry Tale Theater’. She also played the part of Bubbles in the beloved children’s show ‘Powerpuff Girls’. 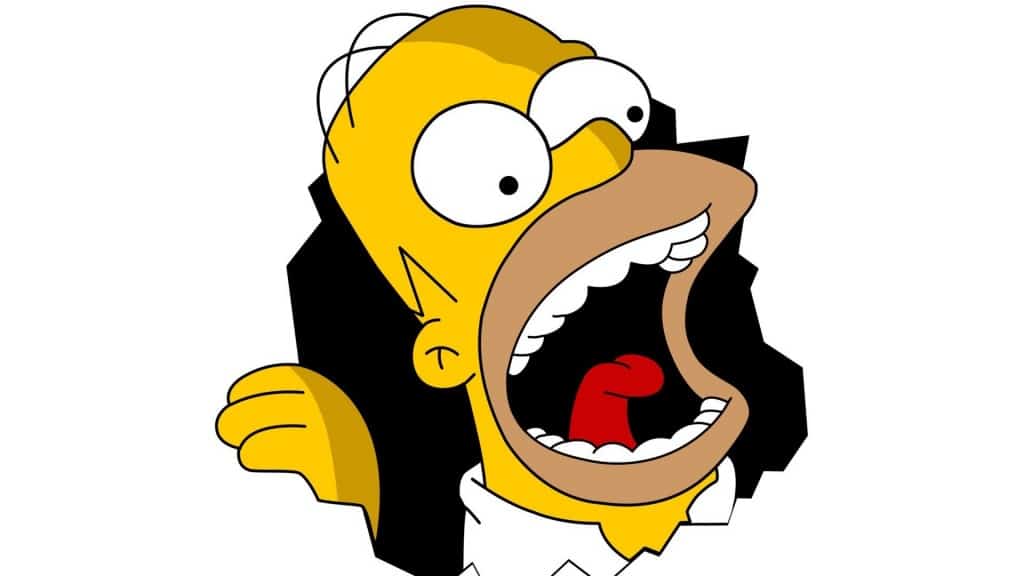 Being the voice of Homer Simpson must feel like one of the greatest honors in the world. Bringing joy and laughter to millions of homes around the world with your well-meaning buffoonery must be deeply satisfying. Dan Castellaneta has voiced the most successful animated character in television history for nearly three decades now. He has plays the role of other supporting characters in the series such as Grandpa Simpson and Krusty The Clown. 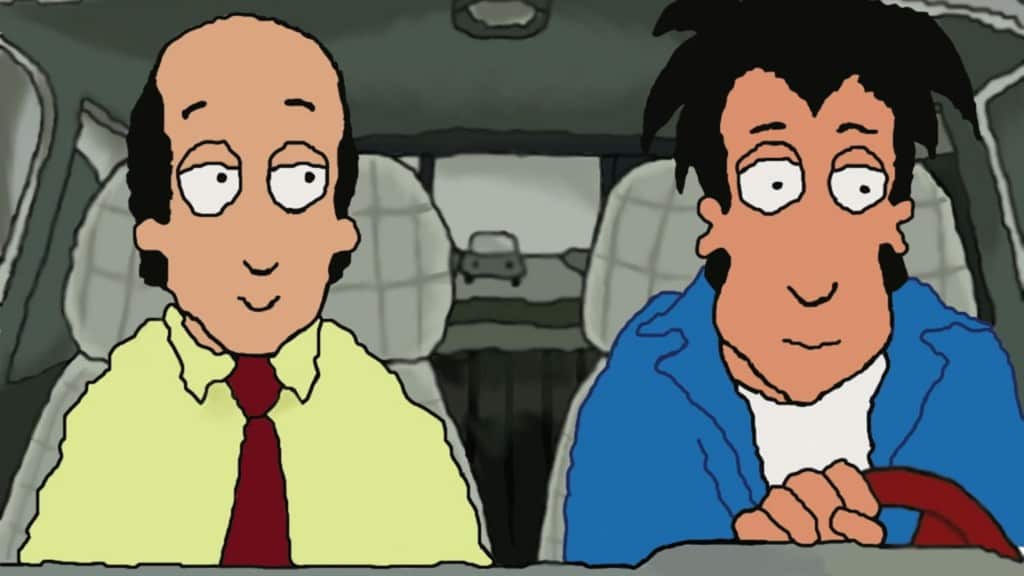 H. Jon Benjamin is currently one of the most famous and in-demand voice-over actors in the industry. He has had a long and illustrious career lending his voice to many hit animated shows. The list includes greats such as Dr. Katz and The Venture Bros. Most recently, he is the lead voice actor in two hilarious animated comedies, ‘Archer’ and ‘Bobs Burgers’. 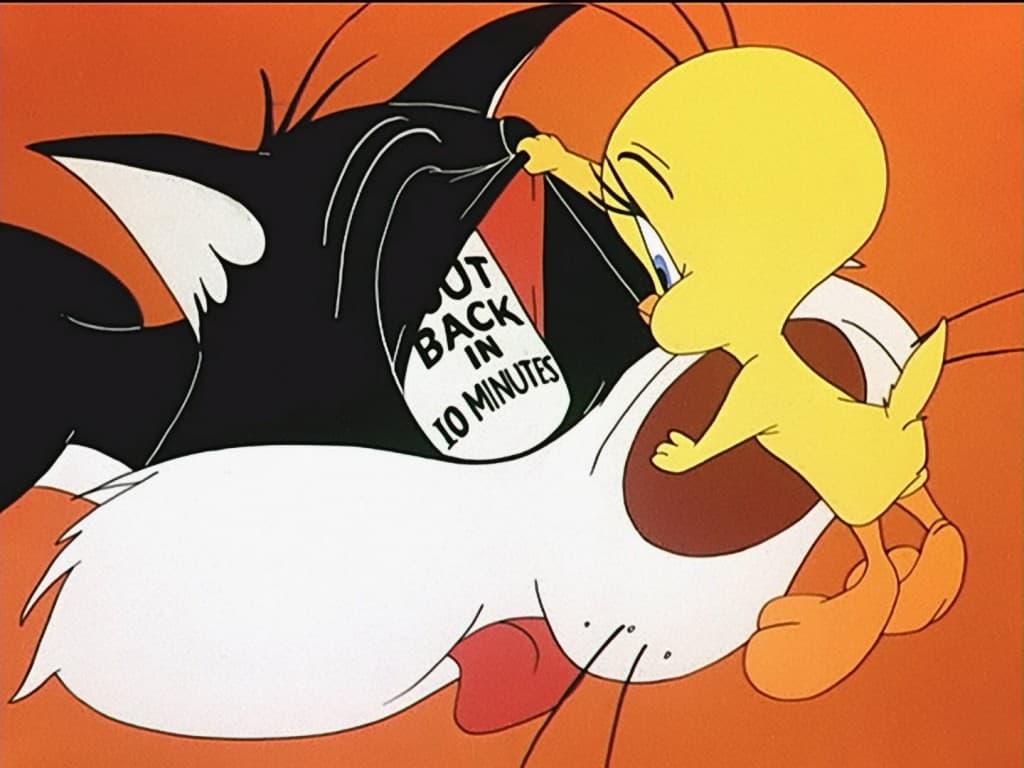 June Foray is one of the greats from the Warner Bros animation era, lending her voice to multiple hit cartoon characters at the time. Her contributions to the field include voicing fan-favorite characters such as Tweety bird, Grandma and Rocky from the ‘Rocky and Bullwinkle show’. She has also been a part of shows such as ‘The Flintstones’, ‘Tom and Jerry’ and ‘The Jetsons’. 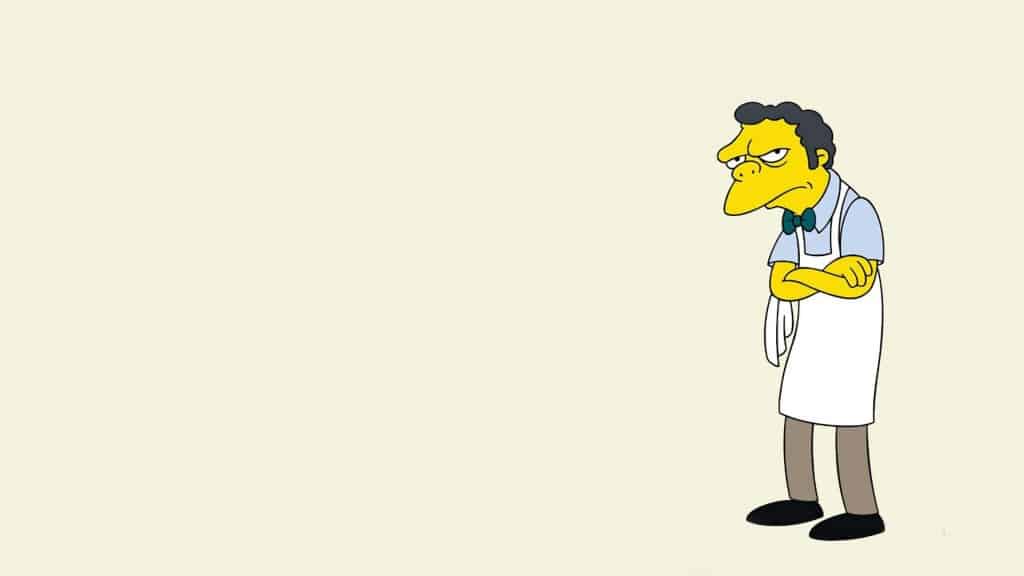 Any animated show that has been on the air for as long as ‘The Simpsons’ relies on amazing voice-over talent to carry forward the consistency over the years. Hank Azaria is one of those pillars that ‘The Simpsons’ strong foundation is based on. He voices numerous important characters on the show such as Moe Szyslak, Apu, Chief Wiggum, Carl Carlson and Comic Book Guy. 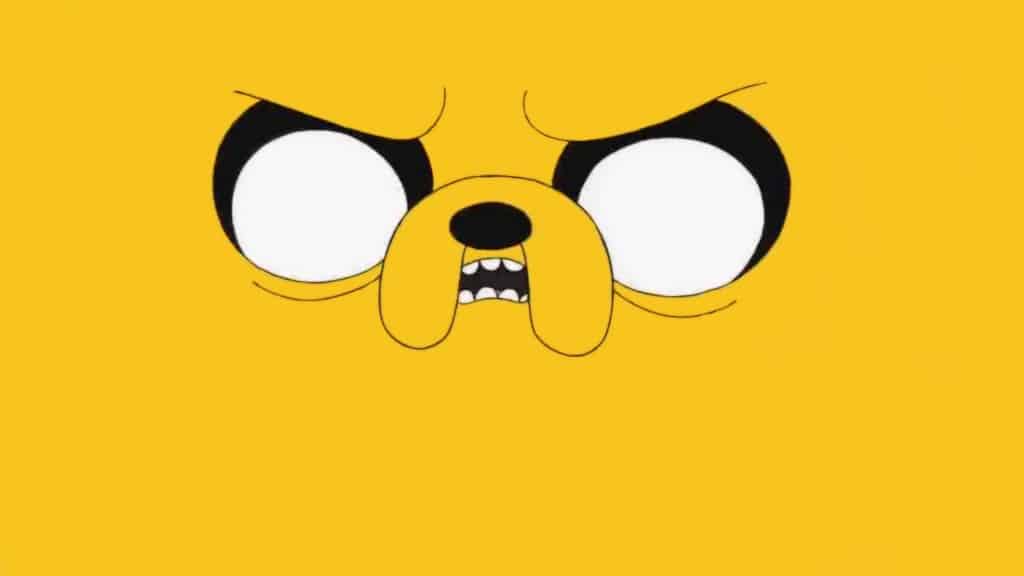 John DiMaggio has voiced some of the most notorious yet beloved characters on animated shows. Being the voice of Jake the dog on ‘Adventure Time’ and Bender the robot on ‘Futurama’ must have been an absolute blast, as these two characters have always had the pleasure of delivering epic one-liners and generally not giving a hoot. 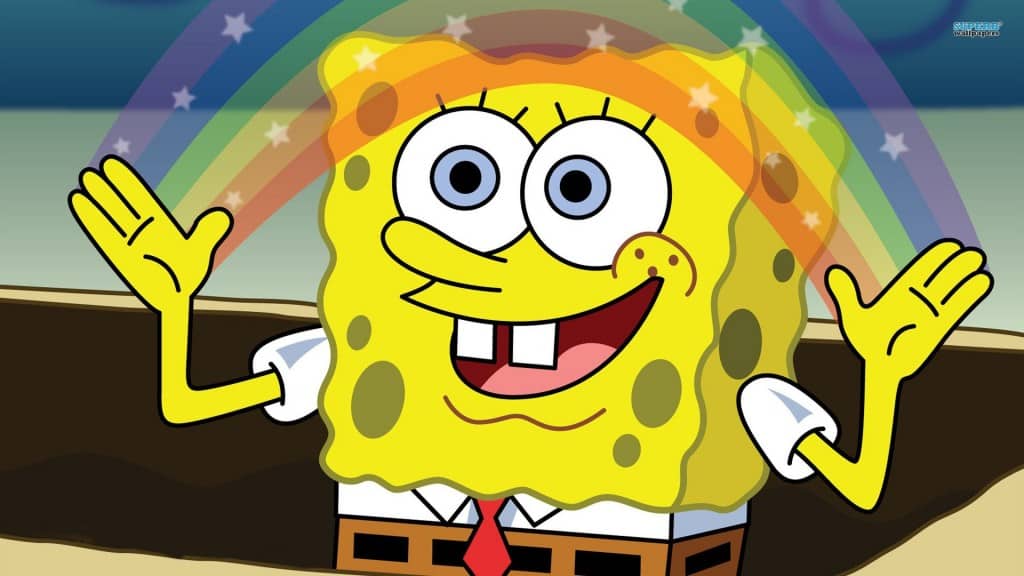 Tom Kenny will go down in voice-over history as one of the most hard-working actors of all-time. He is involved in an unbelievable number of shows and has been for a long time now. Apart from voicing the titular character and many more in ‘SpongeBob Squarepants’, his list of contributions includes hit shows such as ‘The Jetsons’, ‘Animaniacs’, ‘Pinky And The Brain’, ‘Dexter’s Labratory’, ‘Catdog’, ‘Teen Titans’ and a lot, lot more! 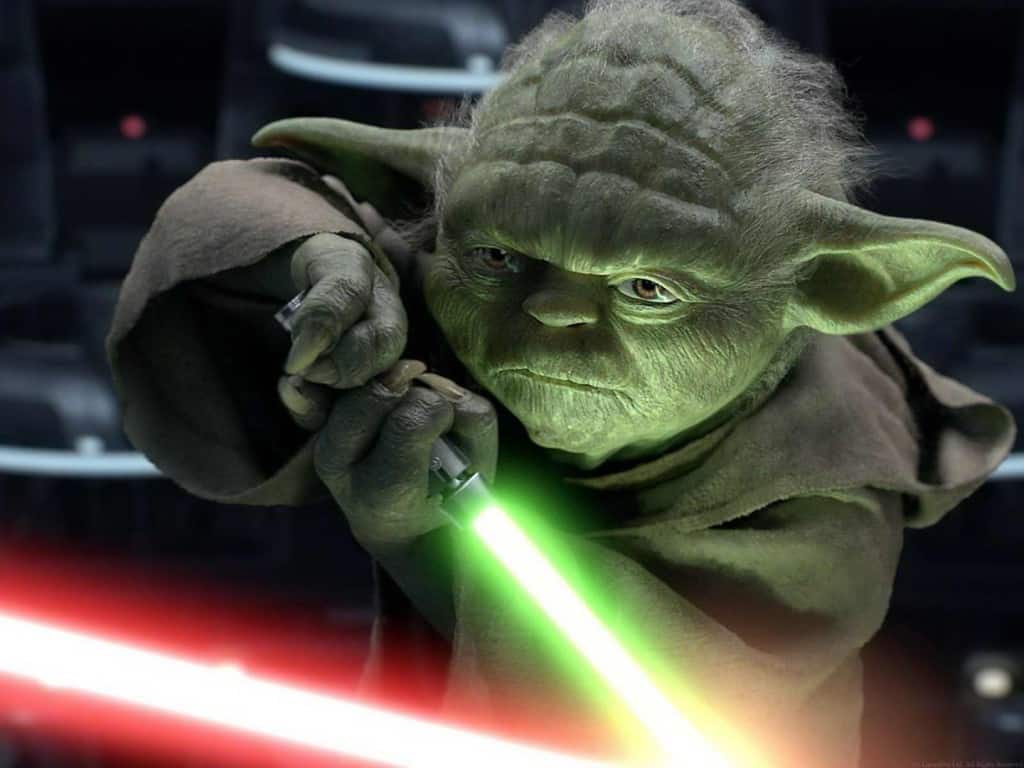 Being the wisest person in the universe by playing ‘Yoda’ in the ‘Star Wars’ series might be a career highlight for most voice actors. For Frank Oz, it is just one of the many memorable roles he undertook in his lifetime. He is probably one of the most recognizable voice-over actors and puppeteers in the industry, having tackled roles such as Miss Piggy and Fozzy bear on ‘The Muppet Show’ along with Grover and Cookie Monster on ‘Sesame Street’. 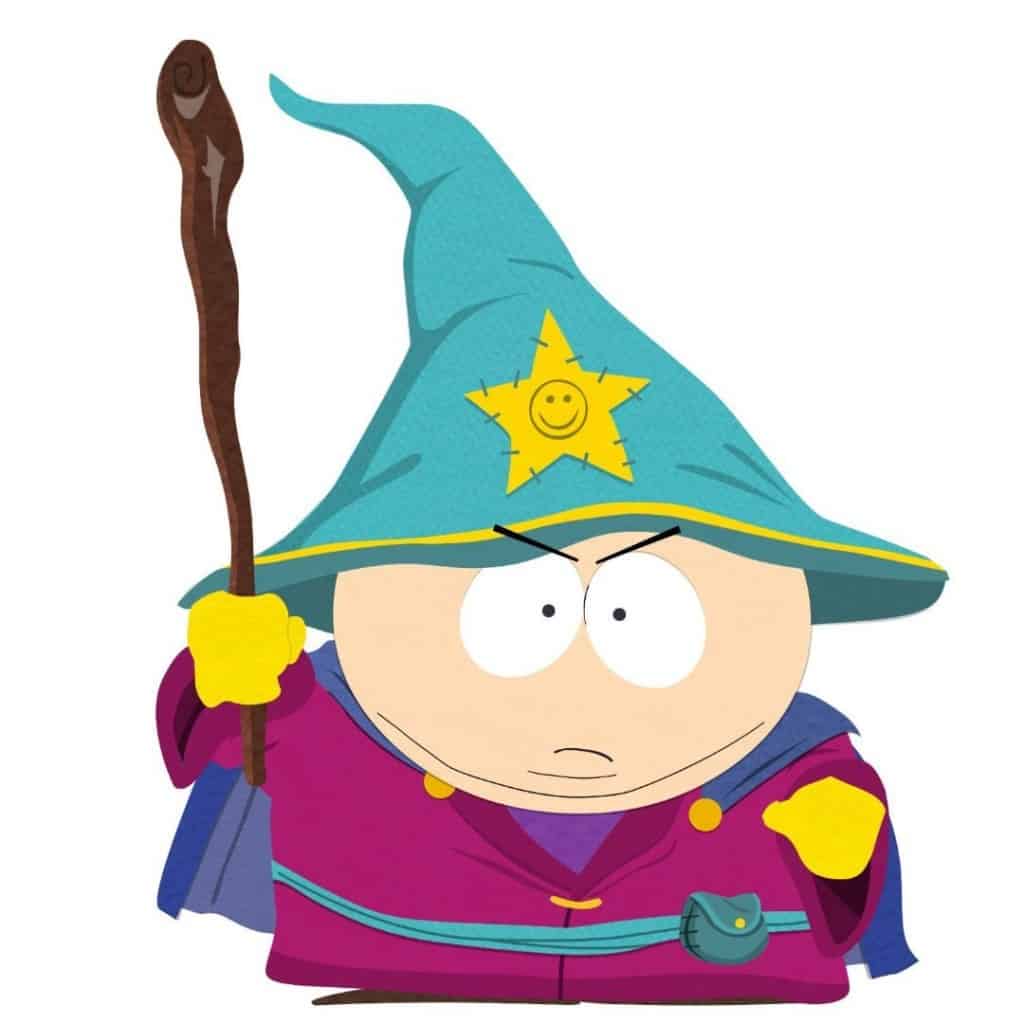 No one in the world would have been able to play the role of a ticked-off and psychotic 8-year old the way Trey Parker did in ‘South Park’. Eric Cartman is now an iconic character who represents everything wrong in the world. Trey Parker is also one of the co-creators of the show who voices other important characters as well. 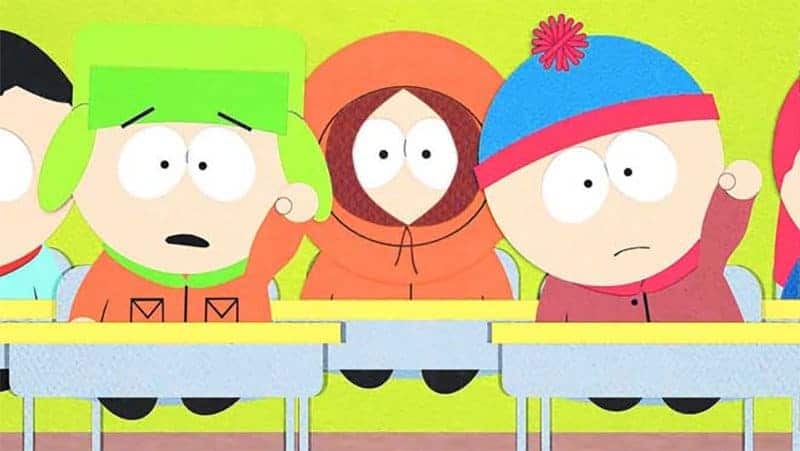 Matt Stone is the other vital voice-over cog that keeps the turbulent ‘South Park’ ship afloat. He handles numerous important characters on the show such as the Kyle, Butters and the inaudible Kenny. 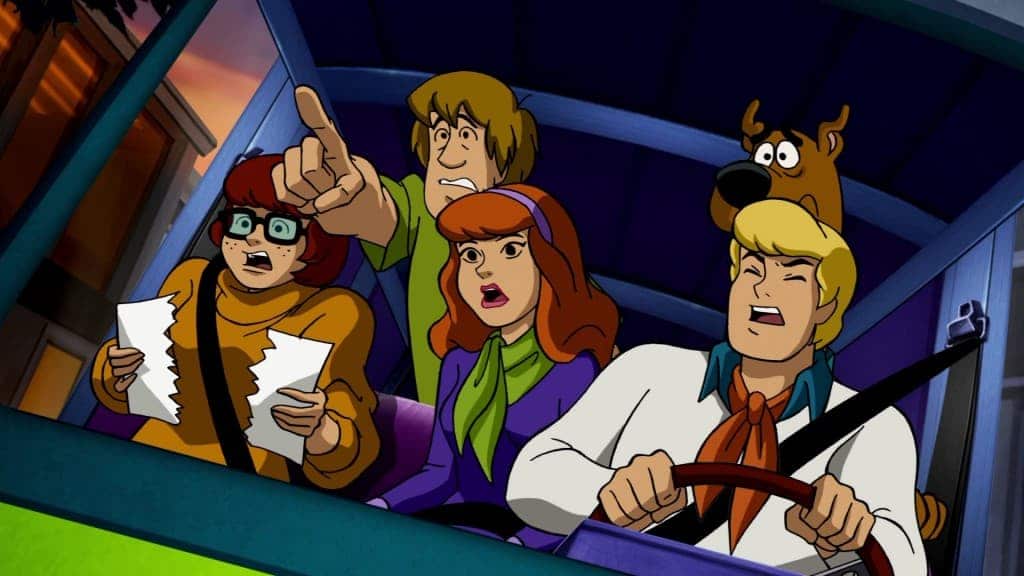 Frank Welker has participated more in animated films than live-action films, which speaks volumes about his experience in the field. He has voiced legendary characters such as Fred and Scooby Doo from ‘The Adventures of Scooby Doo’. He has also been a part of several films such as ‘Aladdin’, ‘Alvin And The Chipmunks’, ‘The Emperor’s New Groove’, ‘Lion King’ and more recently, ‘Wreck-it Ralph’. 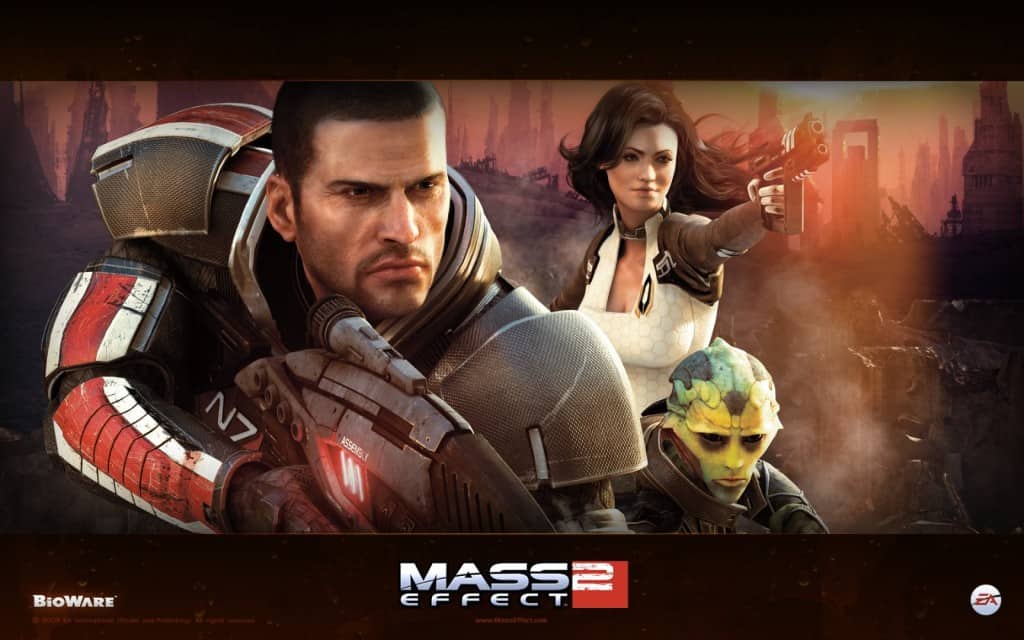 Jim Cummings is a voice-over legend who has appeared in over 400 roles in his lifetime. This includes numerous animated films, television shows and video games. He is most noted for taking on characters such as Sonic The Hedgehog, Winnie The Pooh, Tigger and Darkwing Duck. He has also appeared in some of the best video games ever made such as ‘Mass Effect 2’, ‘Elder Scrolls V: Skyrim’ and ‘World of Warcraft’. 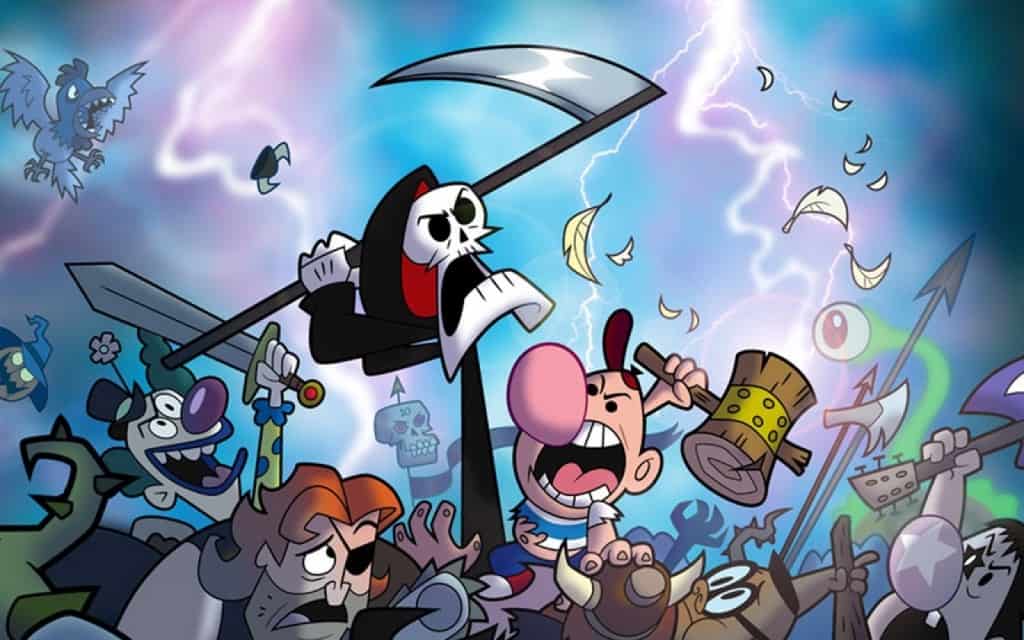 Richard Steven Horvitz has been doing a lot of quality work off late that has earned him a spot on this list. He originally voiced the character ‘Alpha 5’ in the ‘Mighty Morphin Power Rangers’ but has most recently been involved in hit cartoons such as ‘The Grimm Adventures Of Billy And Mandy’ where he plays the role of Billy and ‘Ben 10’ where he voices the character Grey Matter. 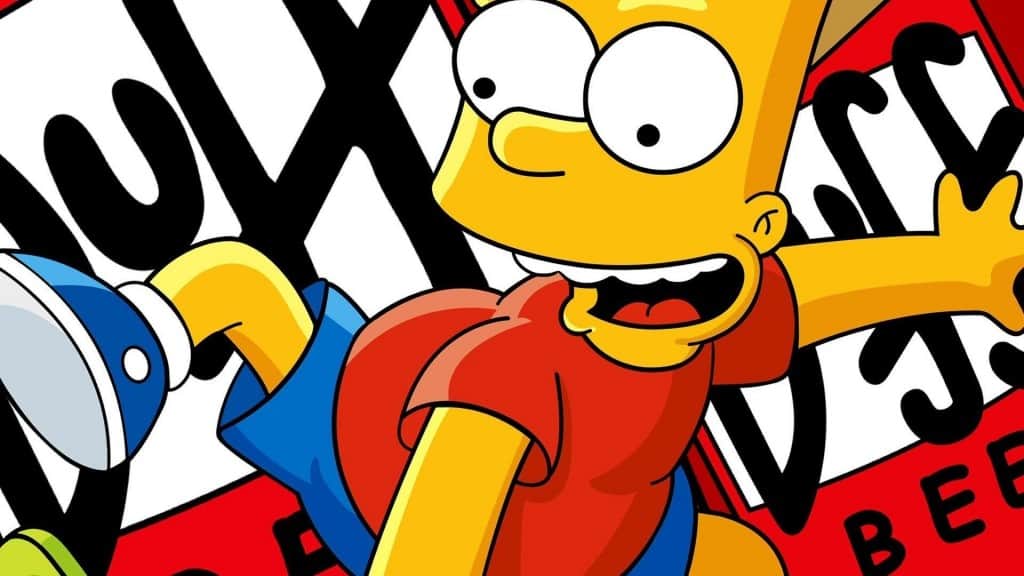 Nancy Cartwright is another long-standing member of ‘The Simpsons’ family who has played a major role in maintain the standards of the show. She voices important characters such as Bart and Chief Wiggum but has also contributed in other great shows such as ‘Richie Rich’, ‘Rugrats, ‘Animaniacs’ and ‘Aladdin’.