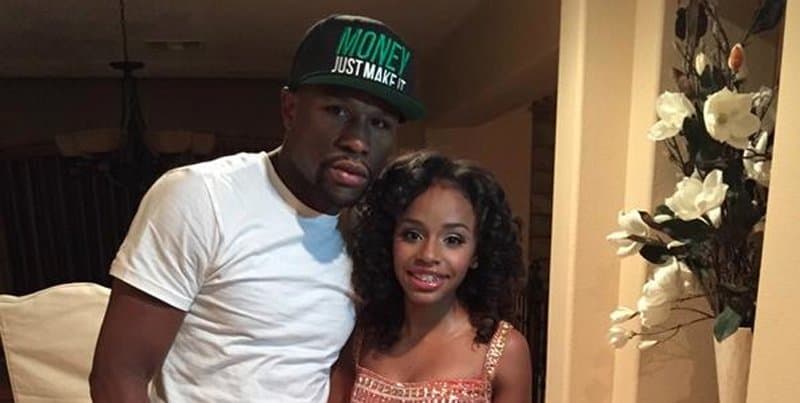 Iyanna Mayweather, Floyd Mayweather’s daughter, was forcefully pushed into the lime light. She was attacked at school and the blurry video has surfaced online of the altercation. While being a kid of a celebrity has its perks, there is also a downside. Some people are jealous by nature and look for ways to be particularly cruel and which can sometimes lead to verbal and physical altercations. Yes, being a celebrity’s kid can be tough at times and unfortunately Iyanna found out the hard way.

Some say that the dispute began after Mayweather bought Iyanna’s mother a $400,000 Rolls Royce, saying that he wanted his daughter to ride in style. Once the fight video surfaced on YouTube and Instagram by classmates, there was a lot of mean comments about how she was reportedly ‘jumped’ and ‘beat down’. Iyanna quickly responded. She confirmed that it was in fact her in the video and made the following post on Facebook as a response. She says that the incident is not over and there will be a round two.

LOLWOT would like to advise that this video contains violence.