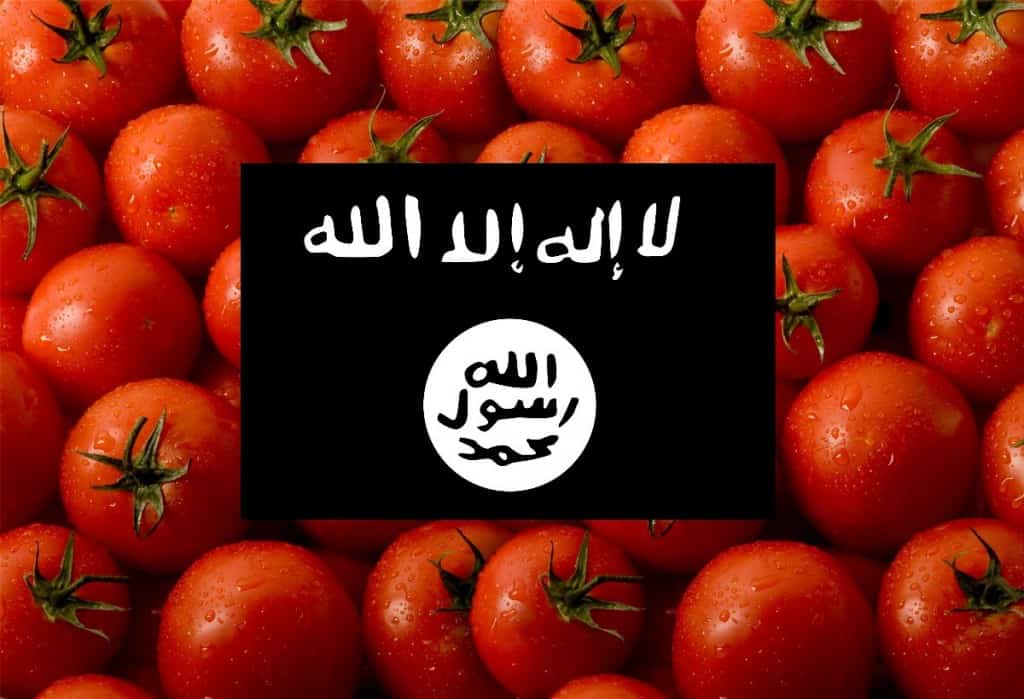 Robert and Thelma Smith of Milton, Florida say they were working at their fruit stand when two men pulled up in an unmarked vehicle. The Smiths describe the men as “looking Middle Eastern” and having long, white beards. “Just the way they were acting,” Thelma said. “They kept looking like they were checking the place out and it just scared me.“

ABOVE: Robert and Thelma Smith working at the fruit stand that sits in front of their mobile home.

The men told the Smiths they were members of the terrorist organization ISIS, and they were looking for the Smith’s son. They told the men that their son had not lived with them for a number of years, but the men insisted they were hiding him. “He’d say ‘I know you got him hid!‘” Themla said.

After arguing for awhile, the men eventually left the Smiths alone. Before they left, however, one of the men asked about the Smith’s tomatoes. He was reportedly furious at the couple’s high prices. “He asked my husband how much tomatoes were,” Thelma said. “He told them, ‘we put 6 in a bowl for $4.00′. And he said ‘I can get 40 pounds for $5.00!’ And that’s when the other guy said ‘come on, lets go, let’s go!‘” The two men left, and the Smiths haven’t them since.

Local police are investigating the incident, but say since the men weren’t armed, they didn’t commit any crime. “If they say we’re going to kill you, that’s one thing,” Said Santa Rosa PD’s Bob Johnson. “But they have to take another step, so just saying that, and the guy is not really in range for them to harm, that’s not really a violation.“

The Smiths contacted their son, who said he’s “confused” as to why ISIS would want to find him.