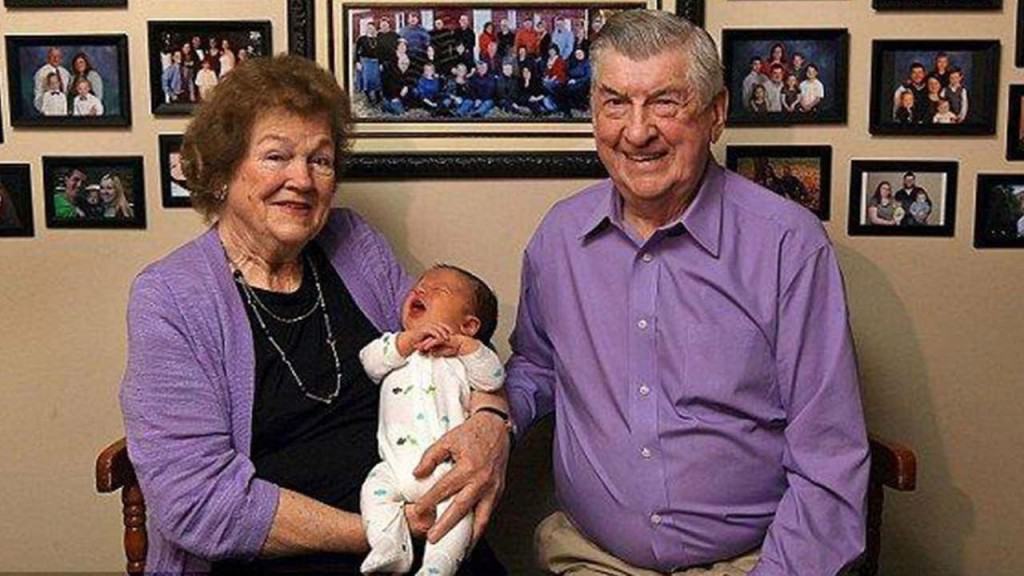 Most families are content with having just a couple of children and then a few grandchildren. However, Leo and Ruth Zanger of Illinois have just welcomed their 100th grandchild. Unfortunately, a family function is a little difficult to achieve when you have such a massive family. The Zanger family rents out an entire church hall in order to accommodate their ever-growing stable of men and women, reports NBC.

Austin Zanger, grandson of Leo and Ruth, and his wife Ashleigh gave birth to Jaxton Leo on April 8th, making him the 100th grandchild for the elderly couple. Jaxson was number 46 amongst the great-grandchildren. There are also 53 grandchildren and one great-great-grandchild.

According to Leo Zanger, “The good Lord has just kept sending them. We could start our own town.” Leo and Ruth have been married for 59 years now, and have had 12 children of their own between 1956 and 1984. Overall, the Zanger family appears set on world domination with their massive family.