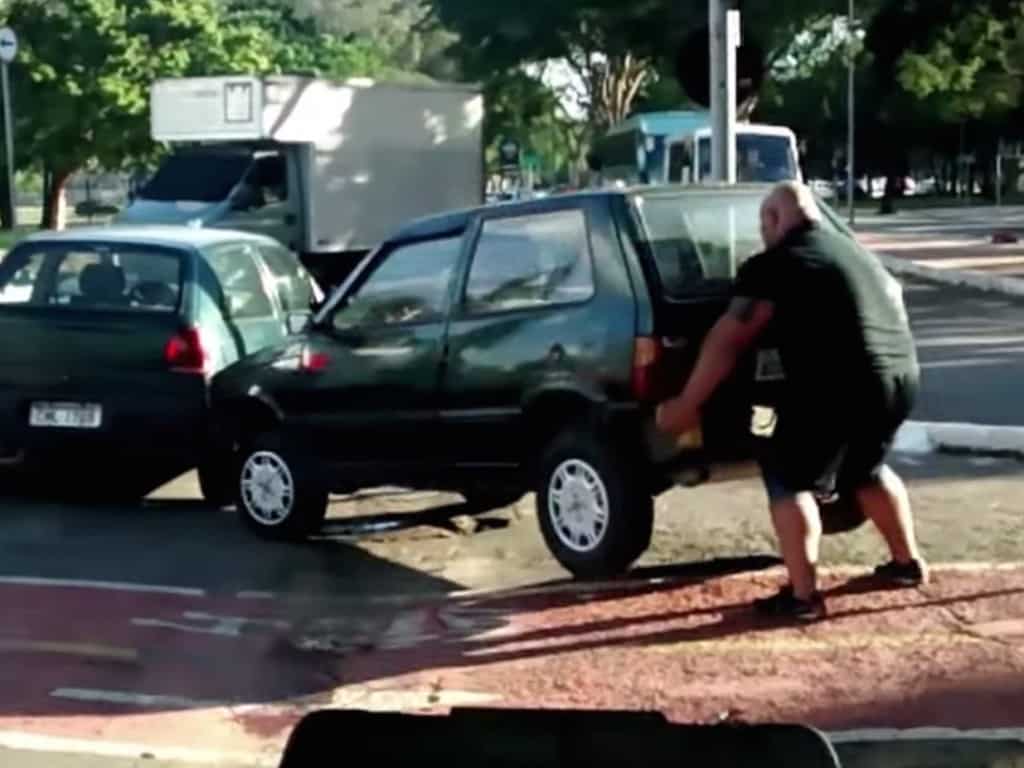 While you may think that only superheroes have crazy strength, a Brazilian bicyclist has proven you wrong. His recent actions prove that some people are really stronger than they look.

Recently, he used nothing but his bare hands to lift a compact car out of his way. The vehicle parked in a bike lane, which typically happens. Bikers are growing tired of parked cars, delivery trucks, construction vehicles, cop cars, and everything else impeding upon their safety by parking there. This is obviously how this Hulk-like man in Brazil felt as he grabbed the small car’s rear bumper lifting it out of his way before getting back on his bike and going on about his day. Of course, nobody would have believed that this had even happened if the whole thing wasn’t caught on camera.

This just goes to prove that some people really are superheroes in disguise.