20 Yoga Pant Photos That Will Leave You Speechless

Yoga itself was created by the Indus-Sarasvati civilization in Northern India over 5,000 years ago, and the word yoga was first mentioned in the oldest texts: the Rig Veda. For thousands of years, yoga essentially remained unchanged. That is, until, very recent history. Enter The United States of America, inventor of the cheeseburger, the breakfast burrito, and yoga pants. Obviously yoga pants are the greatest invention ever, and not just because they are particularly pleasing to the eye but because they really are comfortable to work out in. That got us thinking, are there some epic photo selfies of yoga pants that we are missing out on? After trolling the internet, we found what we believe to be the top 20. So, without further ado, here are 20 Yoga Pant Photos That Will Leave You Speechless. 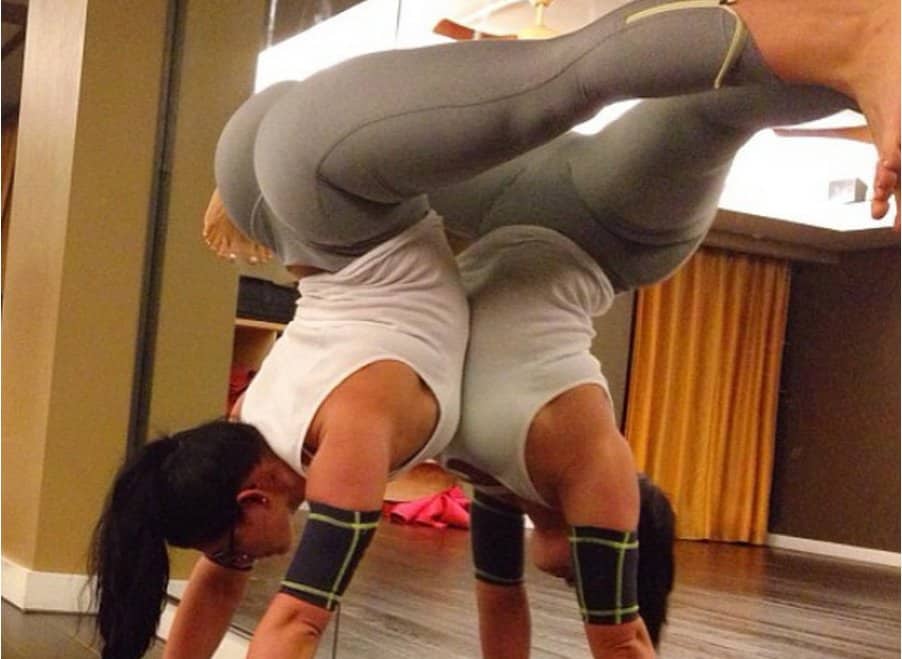 We loved this one because not only is this woman clearly talented, but she has some particularly sporty yoga pants with zippers on the leg. 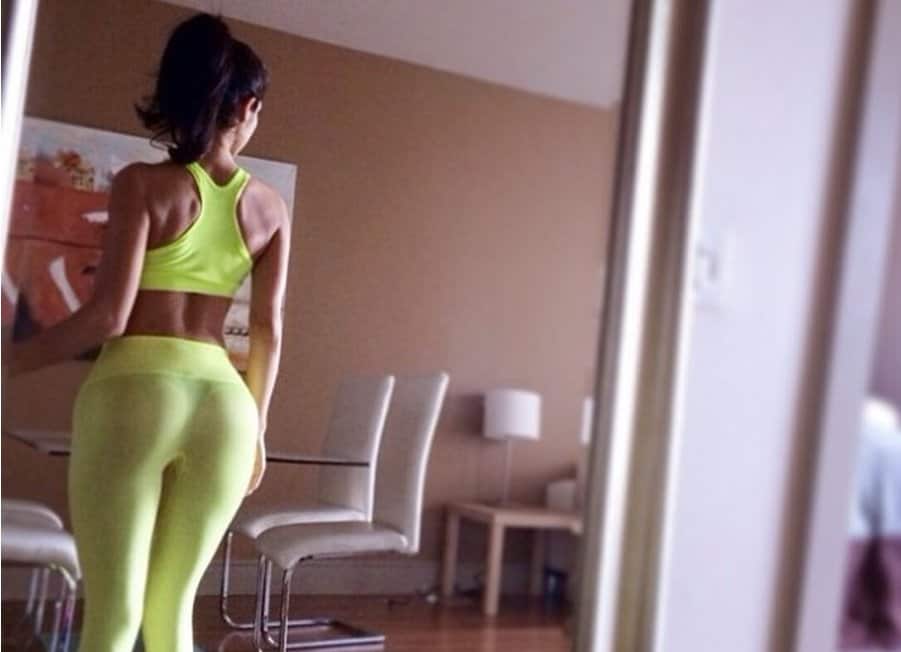 Everyone loves yellow clothing when it’s tastefully worn, and this yoga enthusiast accomplishes this in spades. 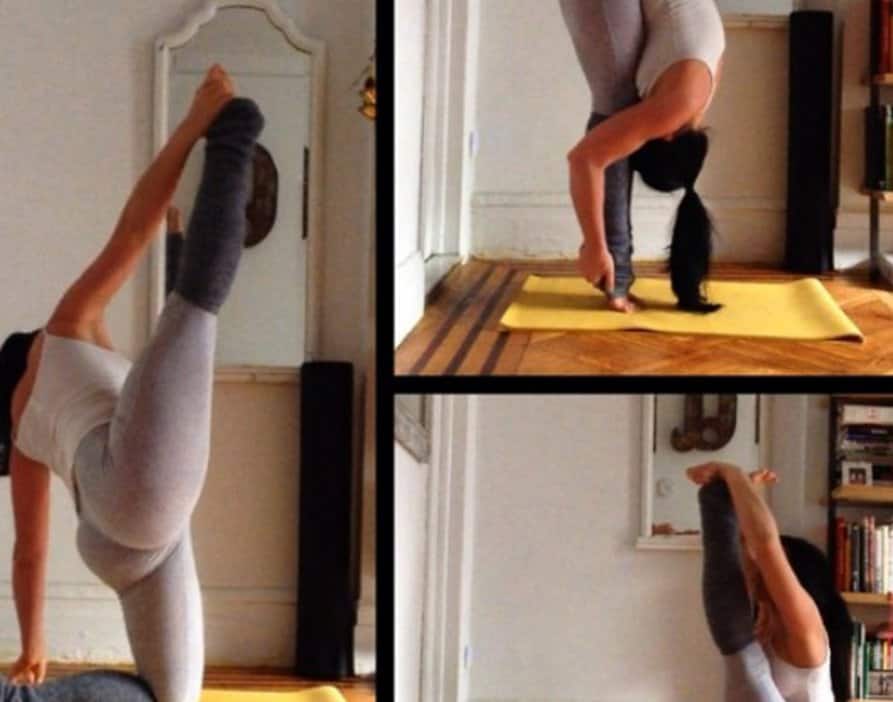 Everyone loved the movie “Flashdance” which featured the main character wearing 80’s leg-warmers. This brought back some memories so we just had to include it. 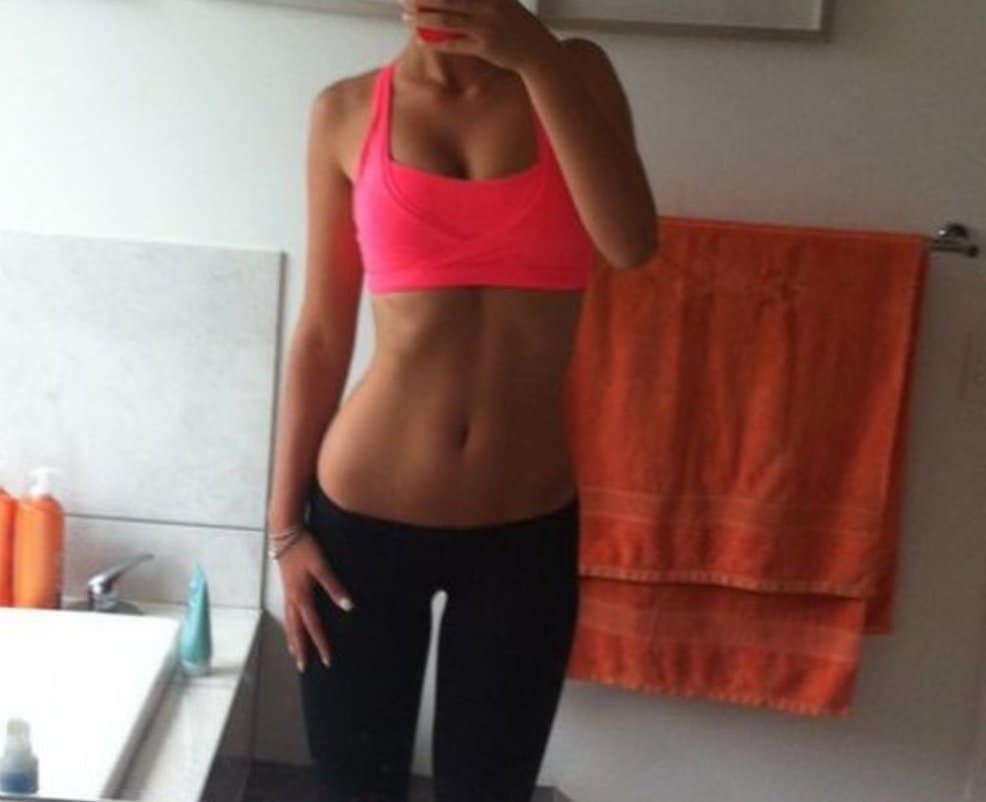 Everyone loves low-riding pants on a woman when tastefully executed. 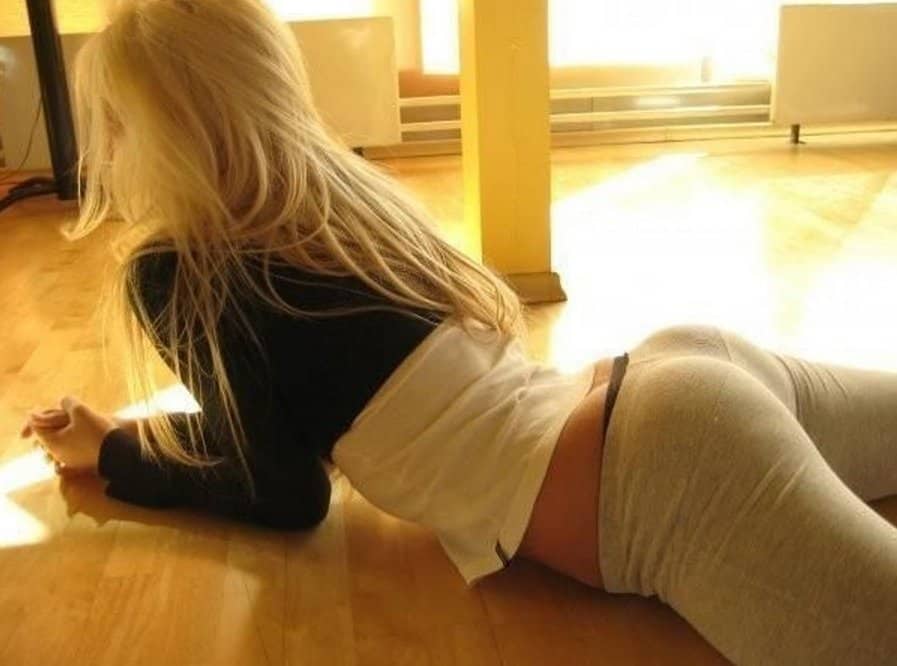 It’s important to take a rest in the middle of your workout. 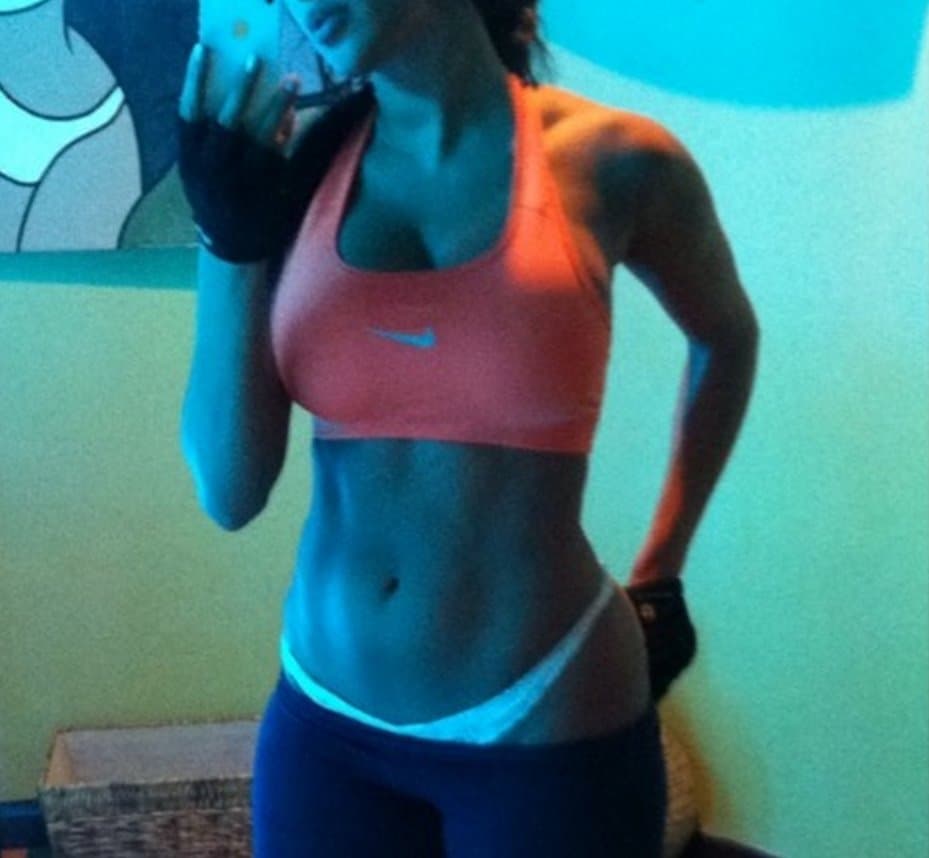 These pants are clearly riding a bit too low, but we wanted to include it anyway.

Yoga Pants And Nothing Else 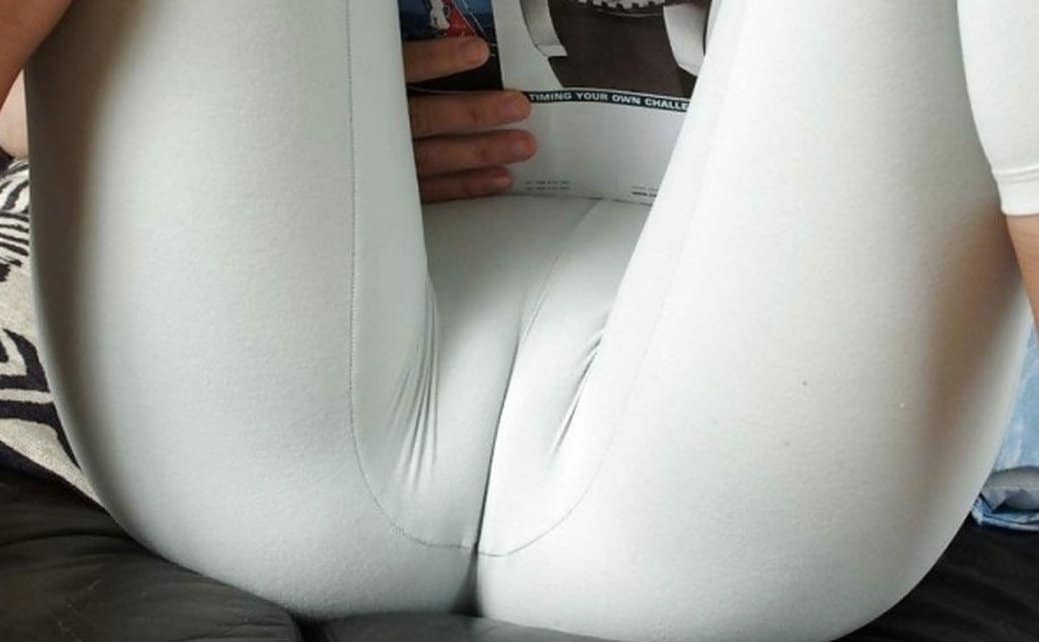 This woman is clearly going commando underneath her yoga pants, we hope this serves as a warning to all yoga enthusiasts.

Why We Wear Yoga Pants 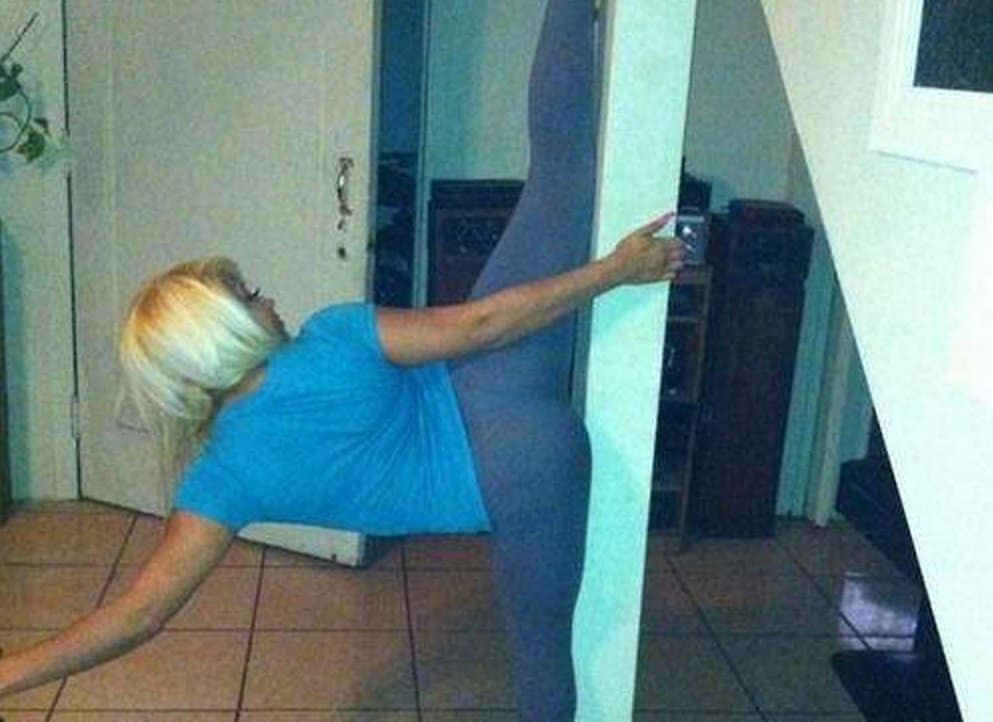 This woman is awesome, in more ways that one. This photo highlights why yoga pants are so handy in a workout – they can do anything your body can do! 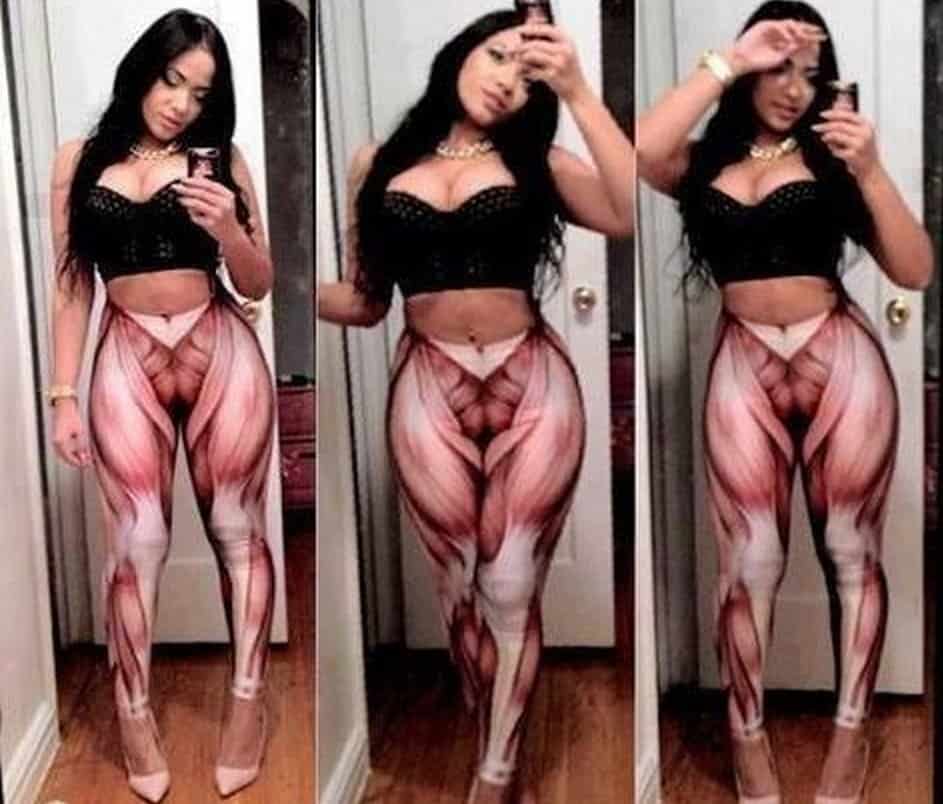 We had to include this one because these yoga pants are patterned off of human muscles! Will definitely make people look twice at the yoga studio. 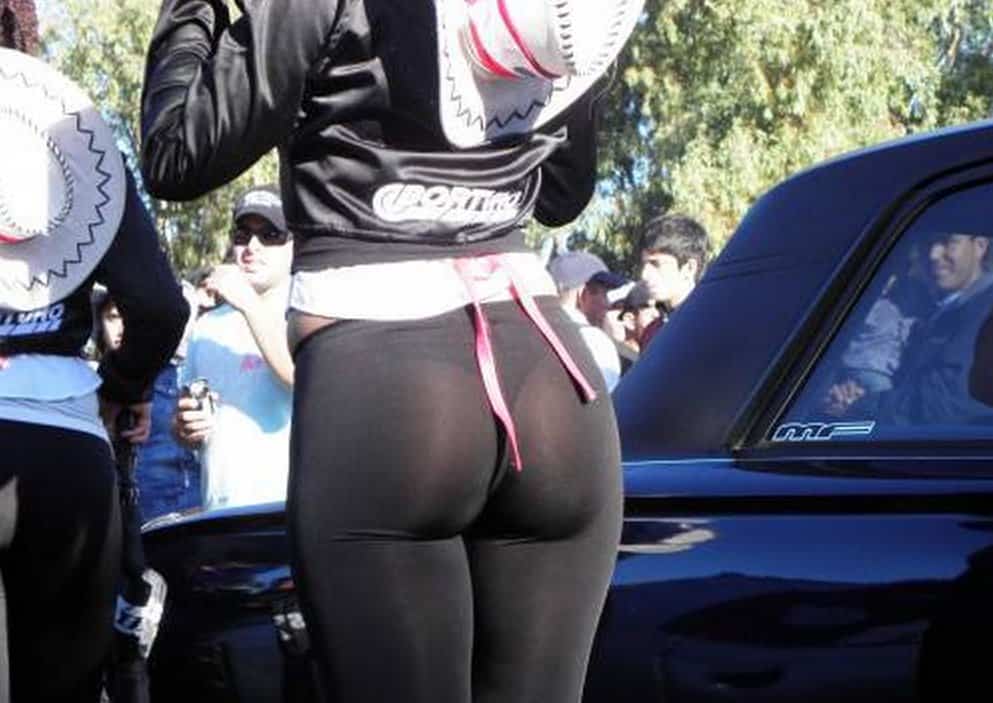 These pants aren’t patterned after human muscles, they’re just see through in the right sunlight. You’ve been warned. 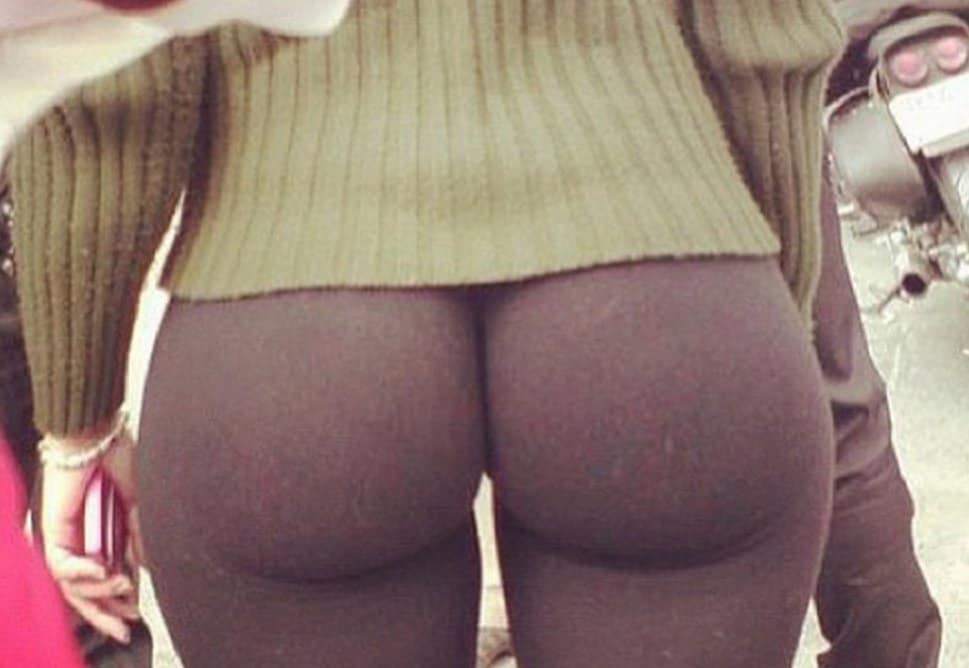 This photo shows what yoga pants are all about. 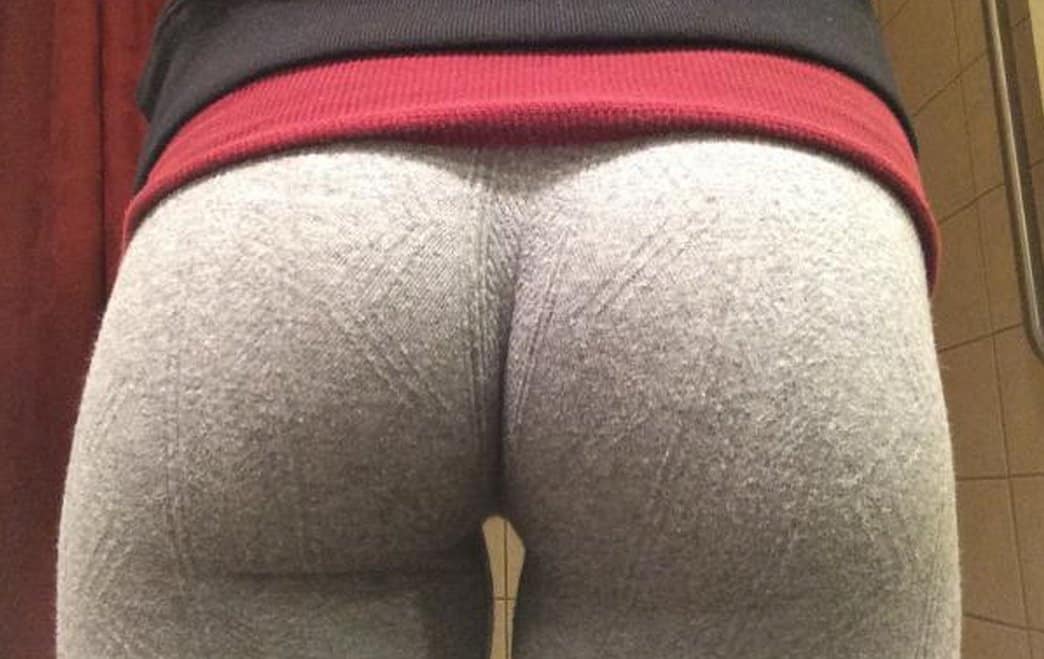 Handy for winter workouts! They keep you warm, and stretch with you as you exercise. 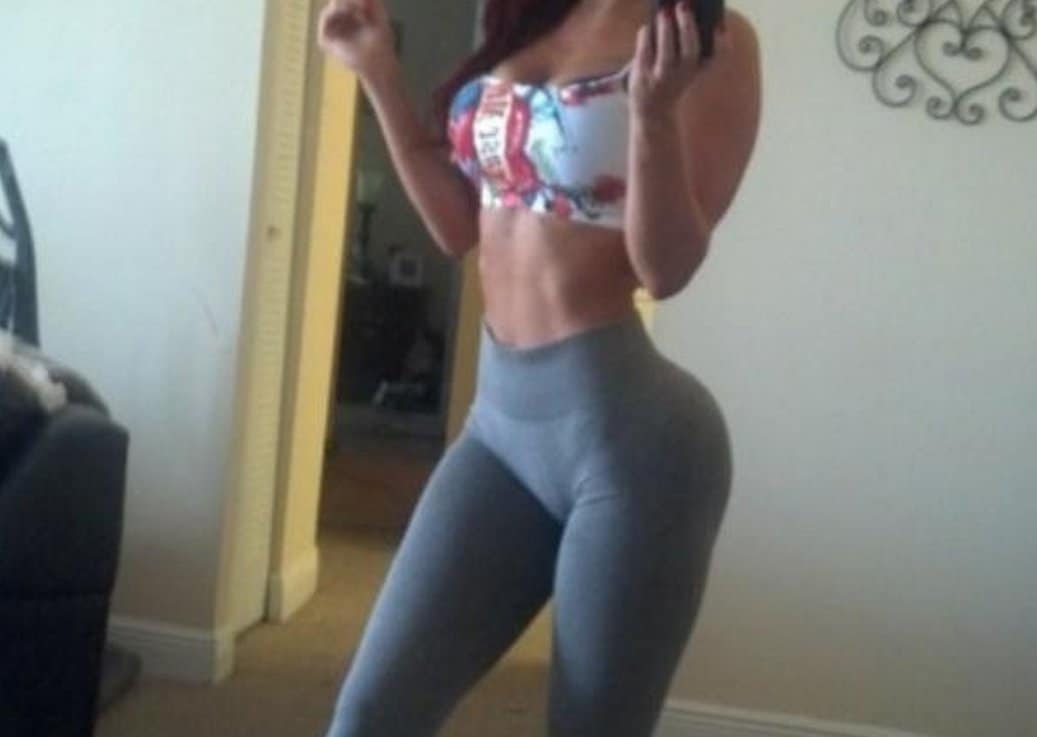 This photo is crazy is more ways than one. 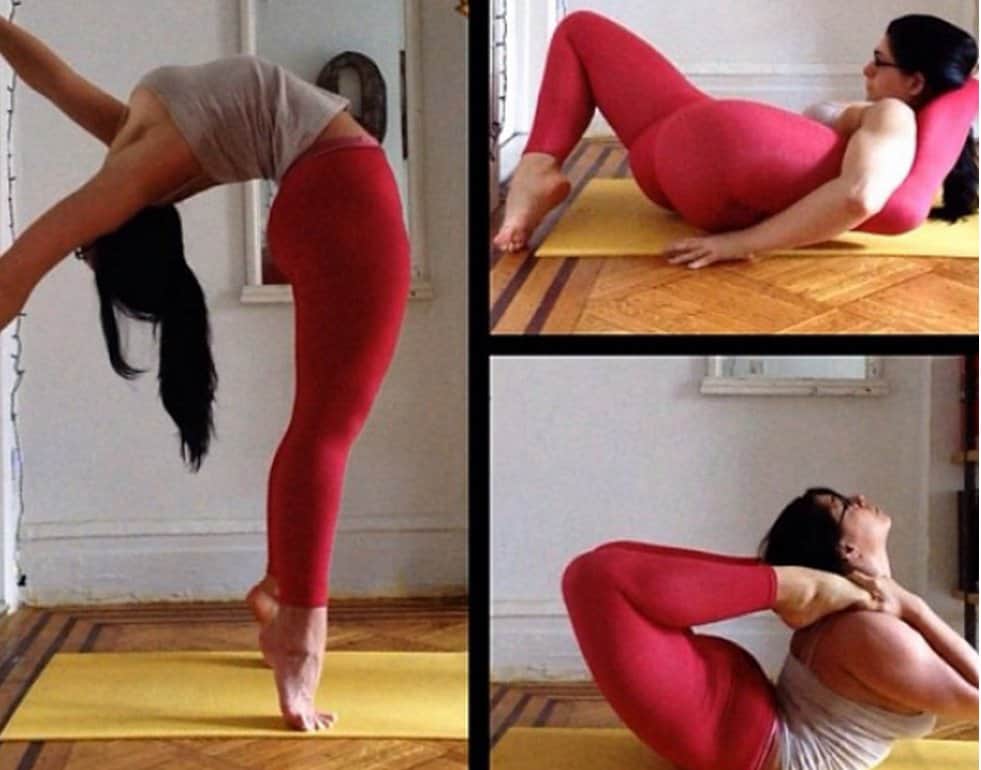 We have mad respect for this woman and all the awesome yoga poses she’s able to pull off. 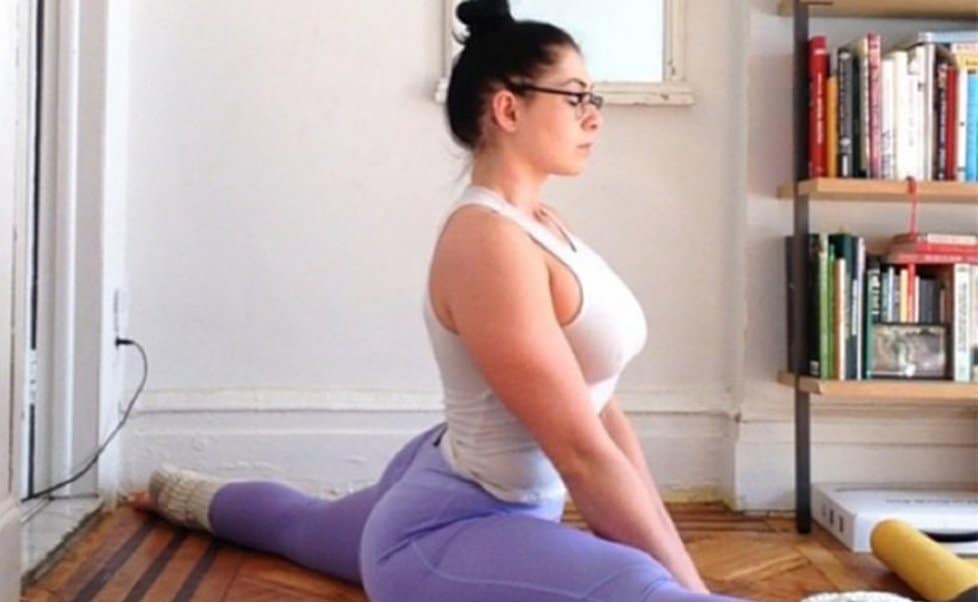 This woman looks super comfortable in her yoga pants, it looks like she’s focusing rather hard, too. 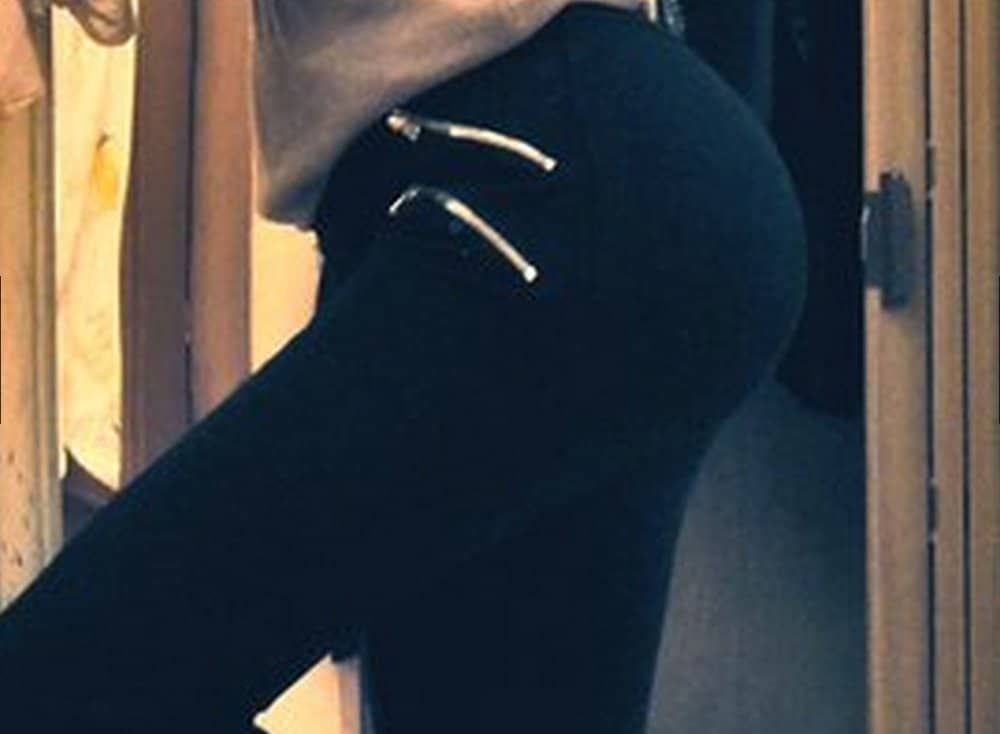 We’re not sure how we’d feel about having zippered pockets on our yoga pants, but this woman seems to pull it off.

Eye Candy For The Boys 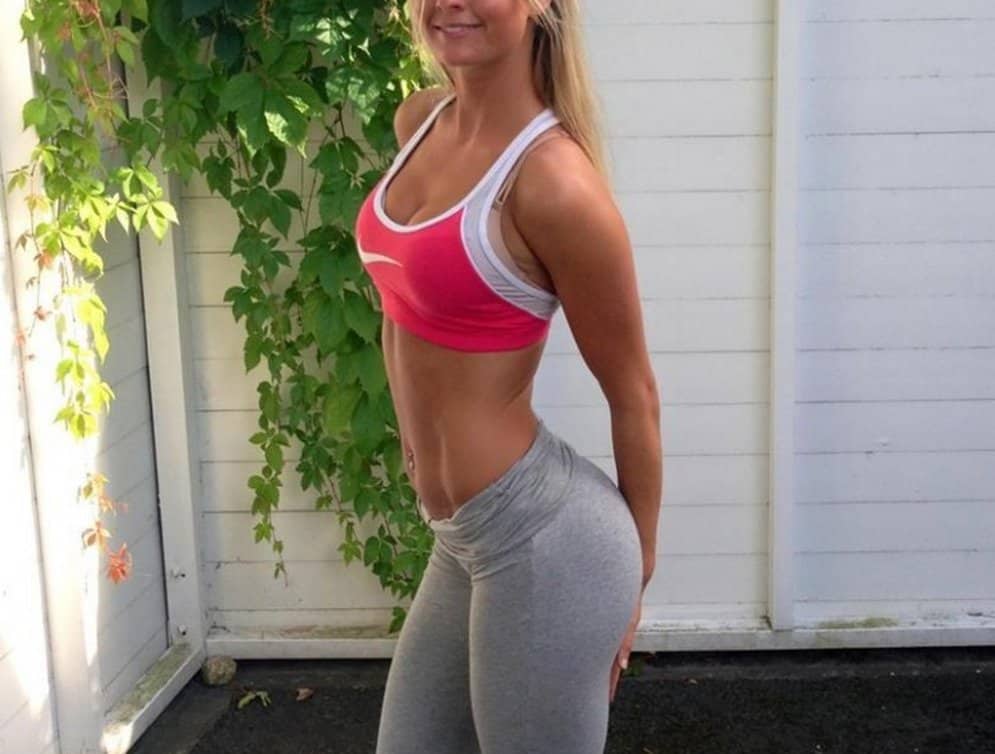 We’re not sure if this is out of a Nike ad or what, but this woman definitely makes those yoga pants work. 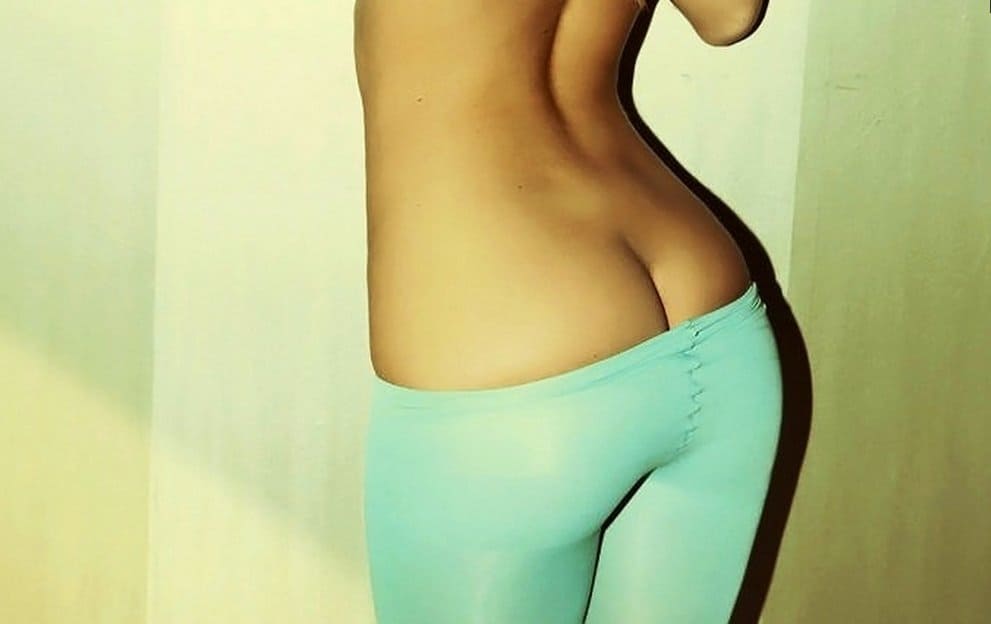 These can’t possibly be useful for a workout, so we had to share. 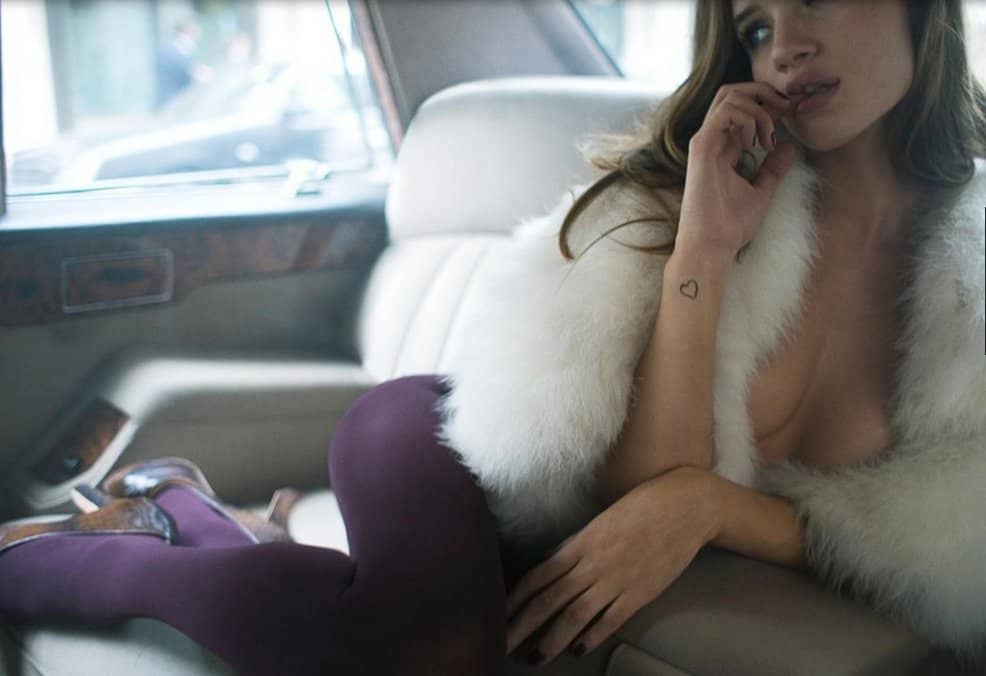 Yoga pants are now for an evening out on the town, as this woman clearly shows. 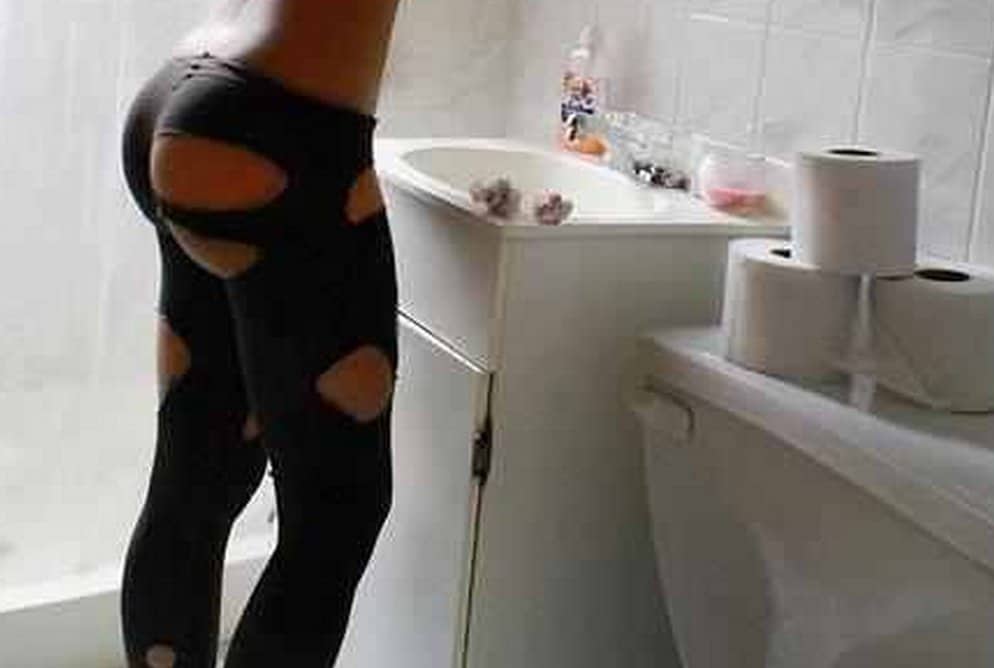 These are clearly to get attention from the opposite sex, because there’s just no way there’s a gym or studio that’ll let this woman in to workout. We don’t seem to mind, though.