There are a lot of fish in the sea – most of whom are food for much larger aquatic creatures who cannot wait to feast on their fish bones and fins. When it comes to survival, though, a lot of fish have adapted to create a truly impressive defense: camouflage. Sea creatures who can disguise themselves as another object or various colors can earn themselves an extra day to live in the ocean. Of course, sometimes those tricks don’t work out as well as hoped. Here are ten aquatic creatures who have evolved perfect disguises to aid in their survival. 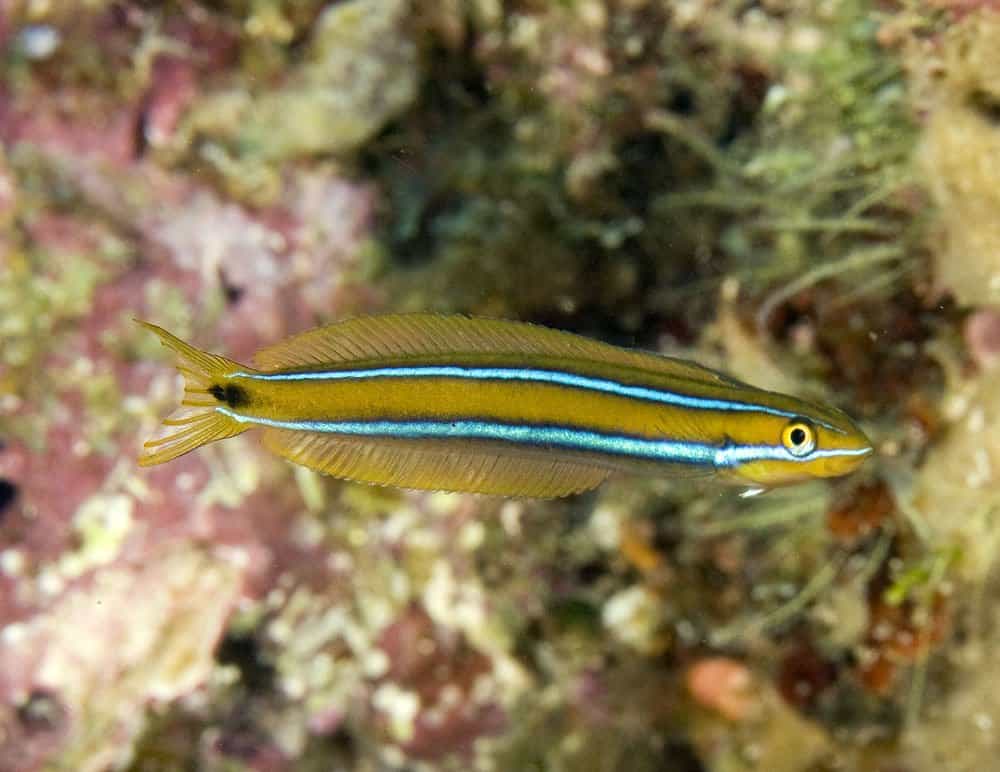 The Bluestriped Fangblenny has a weird name, this much is true, but this small fish is capable of changing color within its tropical environment. Depending on where they are staying, the fish can change to black, orange, or even an electric blue. 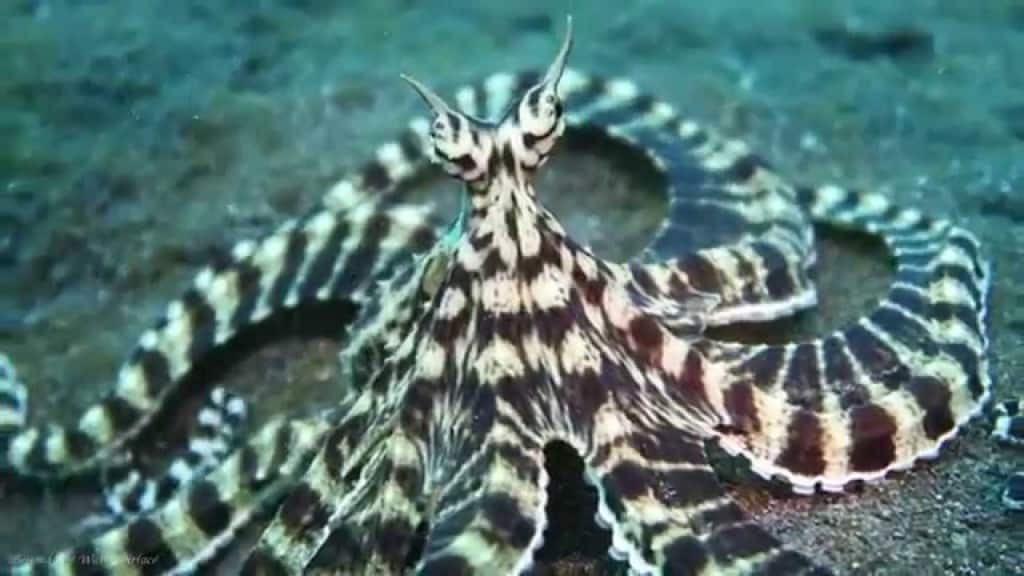 The Mimic Octopus generally squirts its ink in order to escape from a predator, but this species can also change not only their color, but their entire body in order to mimic a variety of other sea species. They can look exactly like sea snakes, jellyfish, and even lion fish. 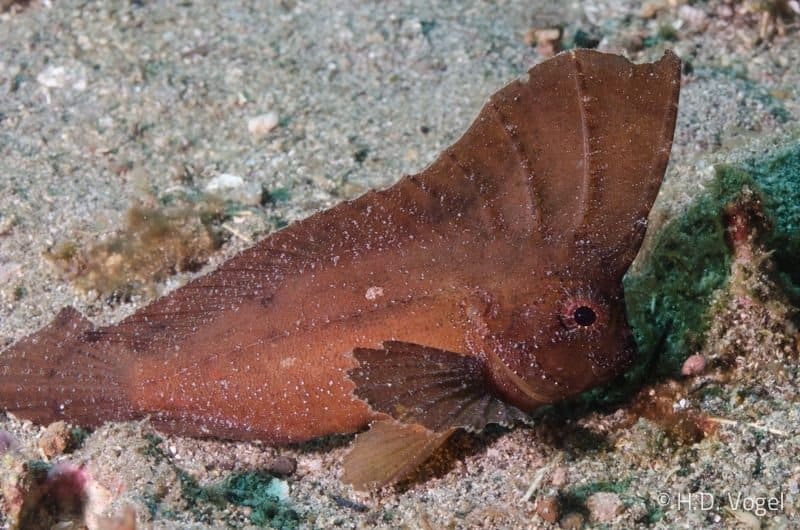 The Cockatoo Waspfish is a lazy fish, but it definitely does survive. The waspfish floats along on the currents and hides inside of various nooks in the ocean. Their body appears similar to a dead leaf, which ensures they are ignored by larger predators. 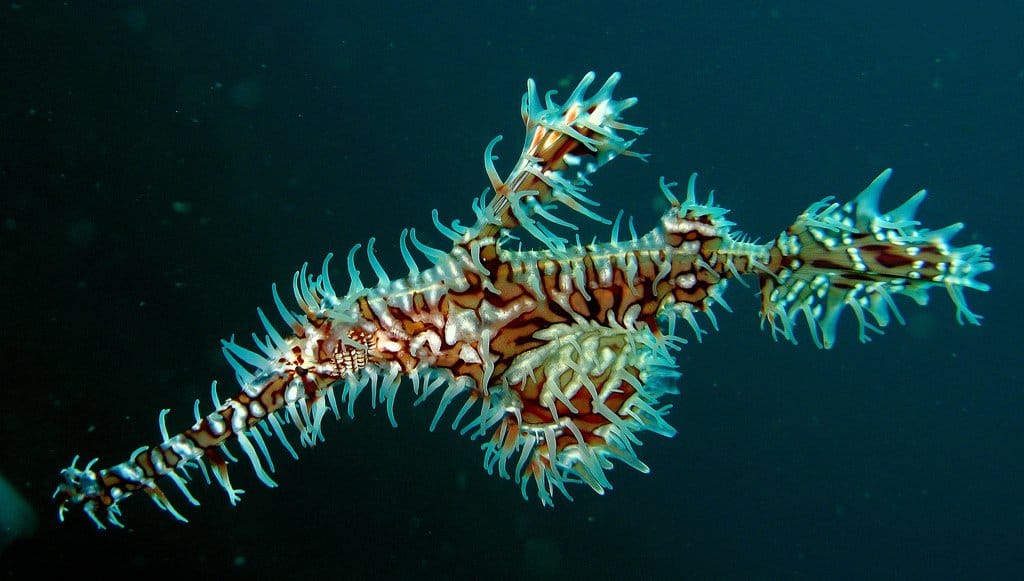 The Ghost Pipefish, which is related to the seahorse, resembles nothing more than a long piece of sea grass. They are thin, and very pipe-like, and generally float around the ocean floor. They enjoy keeping a low profile. 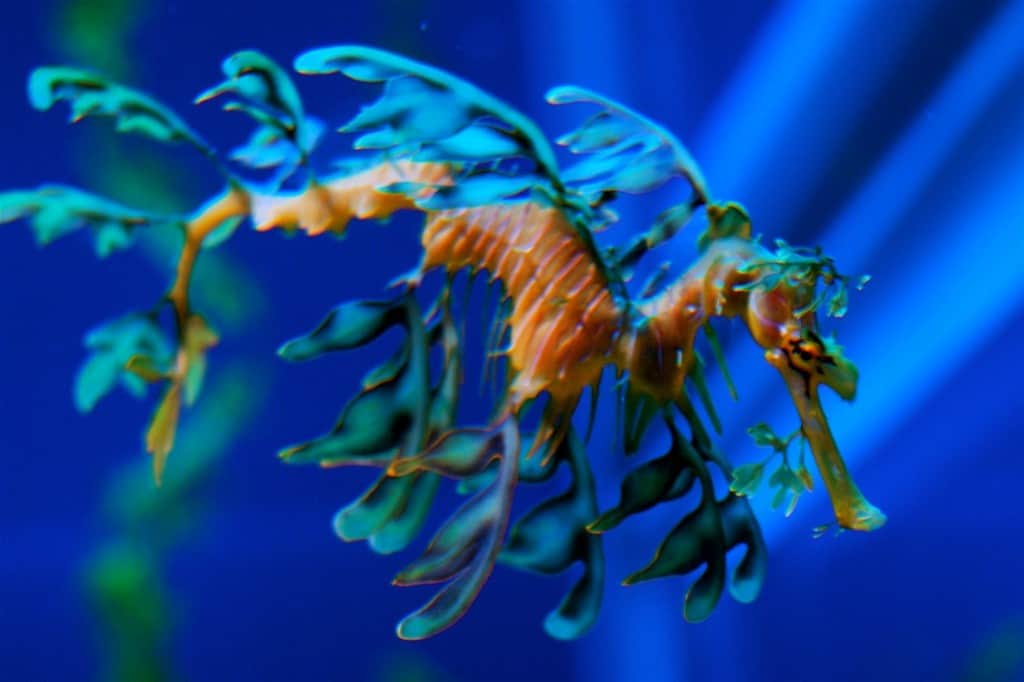 The Leafy Sea Dragon remains completely clueless in the eyes of predators, as they look like a piece of floating seaweed, which is where they live. They can be nearly transparent, which makes it impossible for a predator to hunt them down. 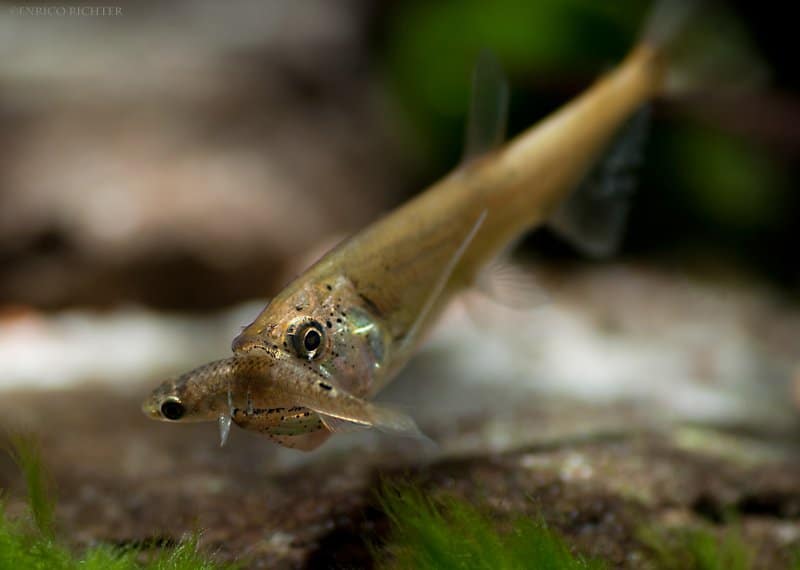 The Swordtail Characin disguises themselves before they begin their mating ritual. The males feature a stalk that grows from their bodies, which looks a tad bit like a small portion of food. The female will bite it, and the two then mate. 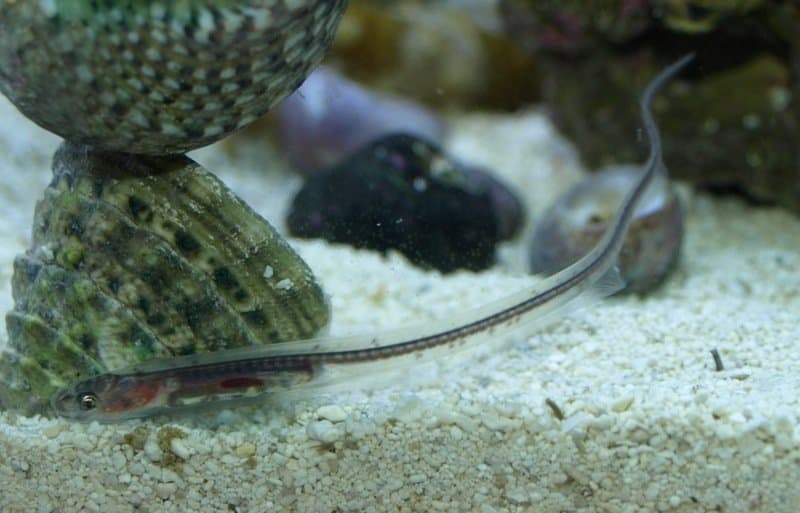 The Pearlfish is an odd creature, as it will back itself into the anus of a large sea cucumber in order to live inside and hide itself from other predators. They stick their head out just enough to watch the sea, then hide when dangerous predators are around. 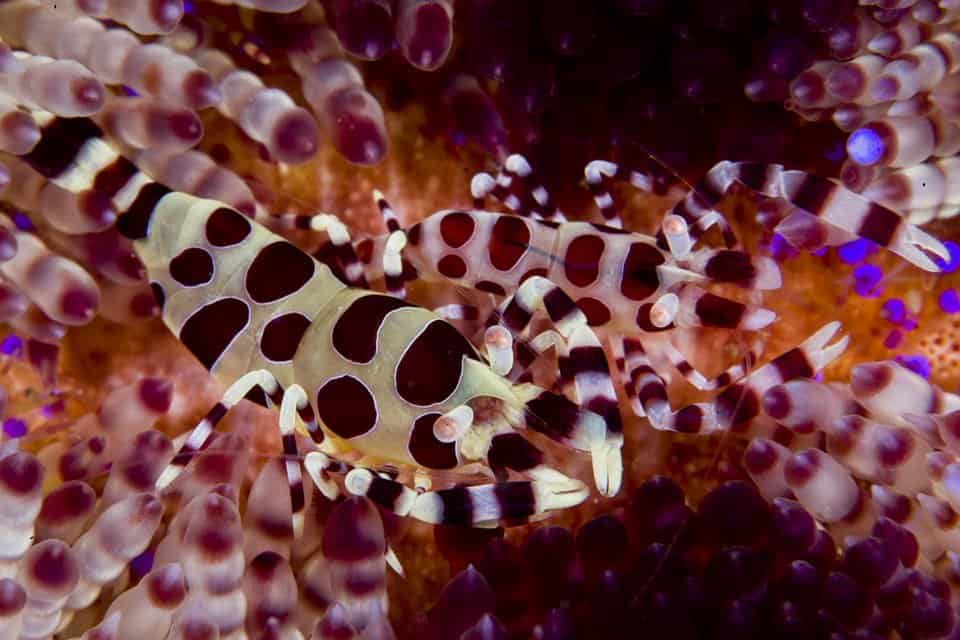 The Coleman Shrimp has a similar body and color scheme to that of the clownfish – bright orange and white. The hide amongst the sea anemones, and have the same coloring as the fire urchin, which predators want no part of. 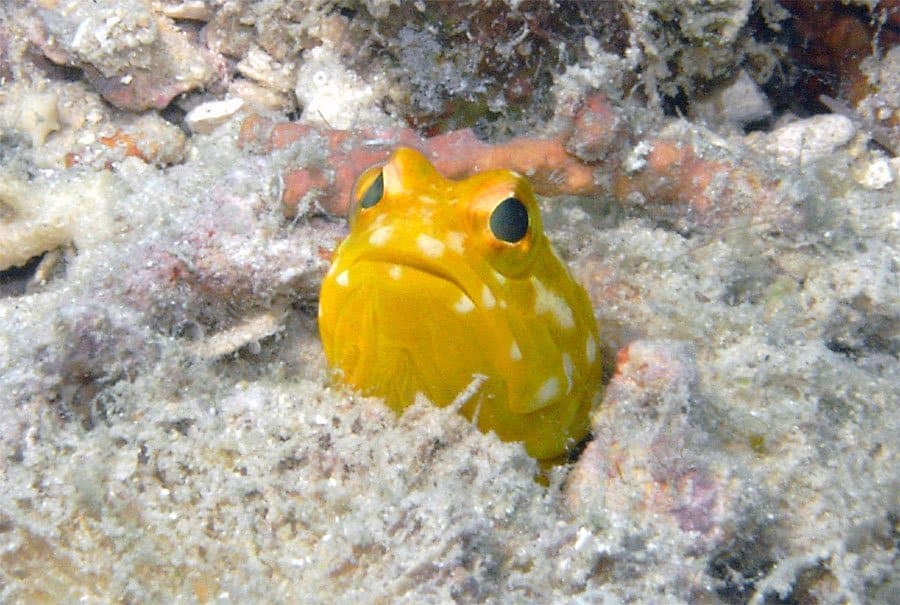 The Black Marble Jawfish has one of the very best camouflages, as they hide alongside the mimic octopus, who has their own disguise. They jawfish gets to feast on anything the octopus is eating, plus has their own personal shield. 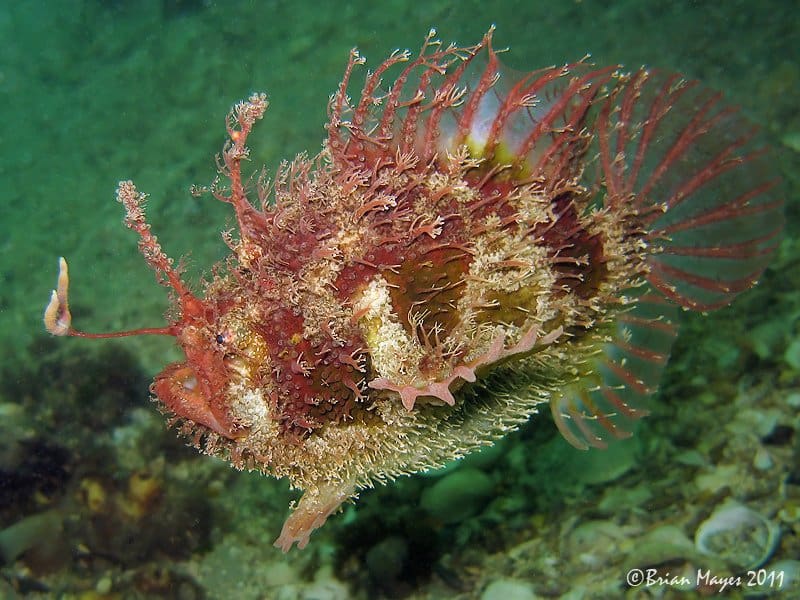 The Tasseled Anglerfish has mastered the art of stealth. They produce a lure from their head that hangs in front of their mouth, which brings in easy prey. Their coloring allows them to remain completely invisible amongst the sea foliage.