Britain. The United Kingdom. Home of milky tea, the fry up and The Archers. We’re a little island floating in the middle of a big ocean and yet somehow, inexplicably, seem to have made something of a name for ourselves. Yeah, we get it, colonialism and all that but truly, that was so long ago. How have we managed to stay relevant in a world which is only getting bigger. The secret seems to be that, to the rest of the world, we are a curiosity. Our apparently backwards reasoning and preference for the “wrong” side of the road have somehow left an indelible mark of the rest of the world, causing them to schlep all of the way to our tiny little island and wonder at the specimen that is the British Native.

We love that you love our country and want to take a look at us but we have a teeny, tiny request. Could you stop asking us the following questions the next time that you visit? Please and thank you.

Do You Know The Queen?

Believe it or not, the British Isles span over 94,000 square miles. Very few of us have even been in selfie distance of the Queen, let alone met her personally. Those of us who live closer to London, or even in it, have probably never even visited Buckingham Palace on a day trip. Sorry and all that.

Why Are Your Teeth Not Crooked? 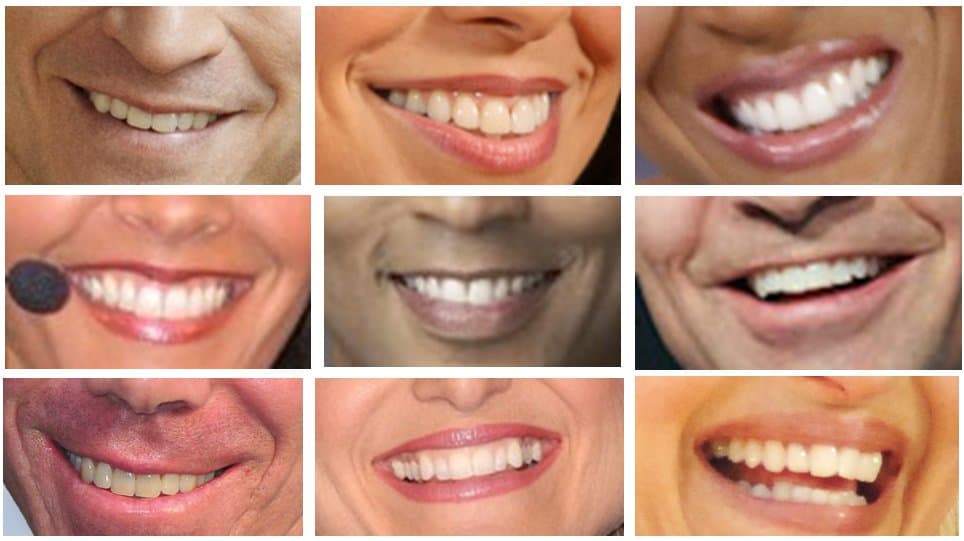 You guys, we’re not all descendants of Prince Charles (see above point). Like the rest of the world, we visit the dentist and quite a few of us even had braces when we were children. The tombstone British smile is something of a myth and even though there are people with less than gleaming gnashers, they’re certainly not the norm.

I Love Your Accent! 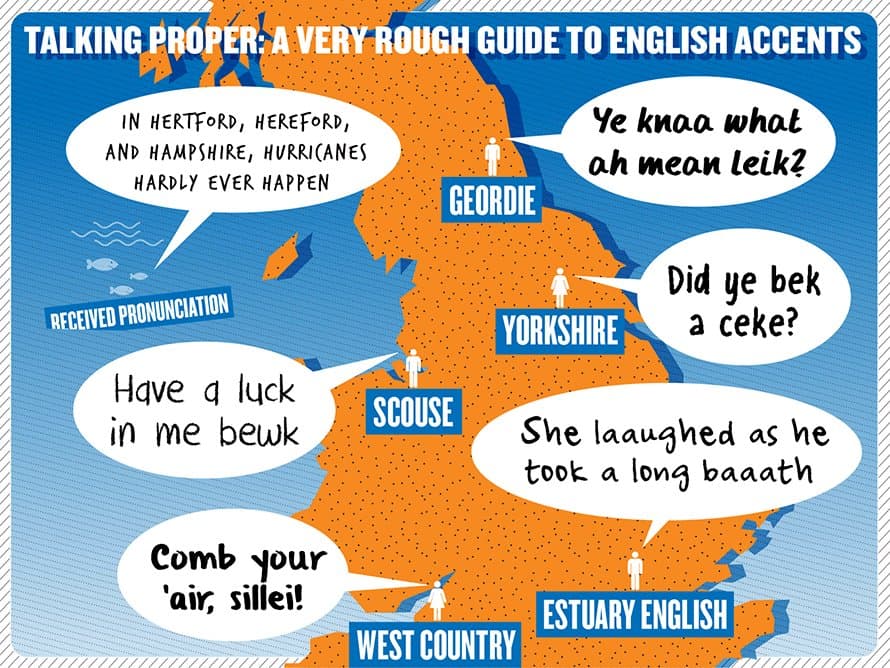 Thanks very much and it is really very kind of you but to us, there is nothing exceptional about the way we speak. In fact, we’re really rather fed up of our weird pronunciations and idiomatic expressions but what can you do? We’ve committed to them now. We will say a few words for you but if you ask too much, we might get a little grumpy.

Your Food Is Terrible! 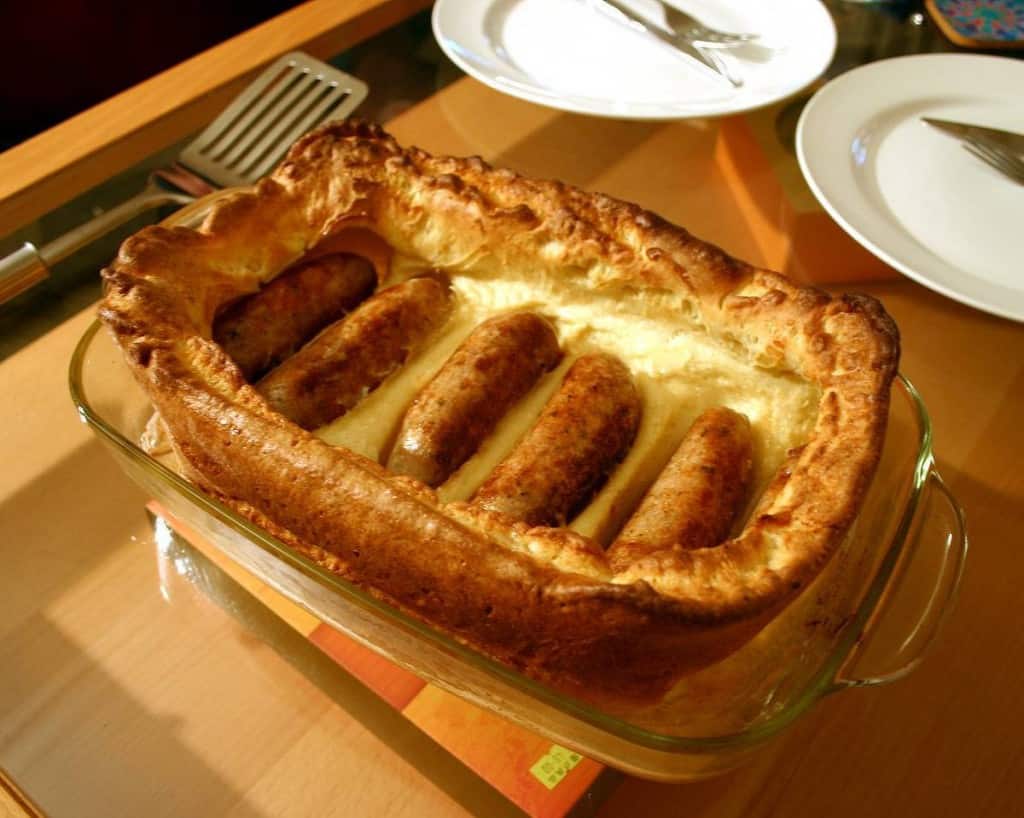 Granted, most of our recipes have been stolen from elsewhere in the world and tweaked to suit our very British palates. Having said that, nobody makes a pie like we do. Or stews, or puddings or roast dinners. Really good British food is like a warm, cosy hug. We just choose not to share it with outsiders.

Why Are You Ruining Your Tea With Milk? 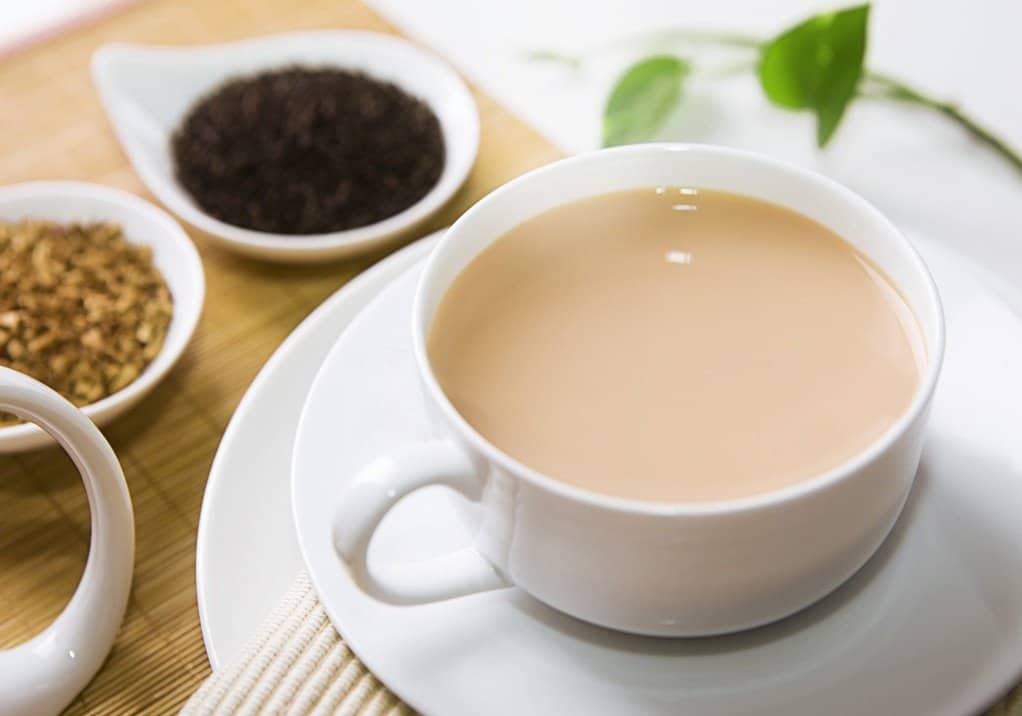 If you dare to come to Britain and criticise us on the way we like our tea, then bravo to you; you clearly have no fear. British people are very particular about how they take their tea and for most of us, if it’s not milky, it’s not worth drinking. Try a cup now and see what we mean. Better, right?

Say Something In Cockney Rhyming Slang!

As much as we would like to be able to fulfill this wish, most of us don’t actually know much Cockney Rhyming Slang at all. If you want a proper Cockney experience, trying hailing a cab in London’s East End. Until then, you can have this:

That’s all we have. 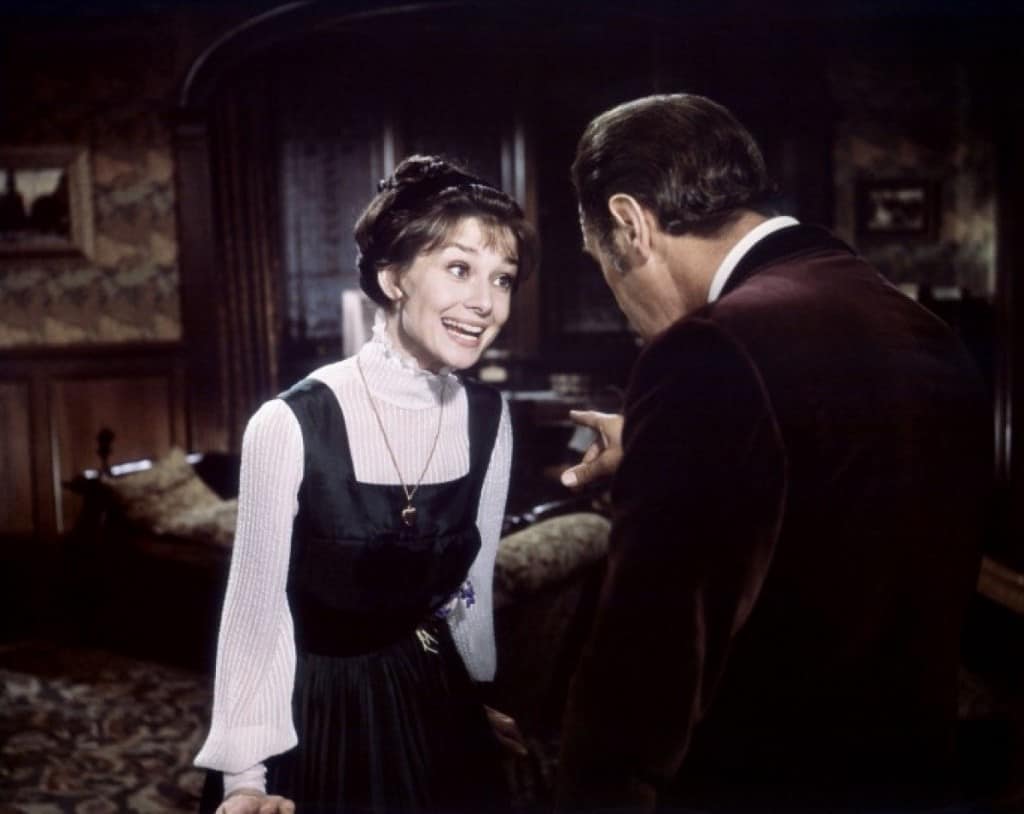 Britain is a land of many differences; you can travel for 10 miles and hear a completely different accent and dialect. We don’t know how it happened, honestly. One thing we do know is that we don’t all sound like Kate Middleton, because we’re not all from the South. We’re actually rather proud of our regional accents, so don’t mock them.

How Long Have You Lived In London For? 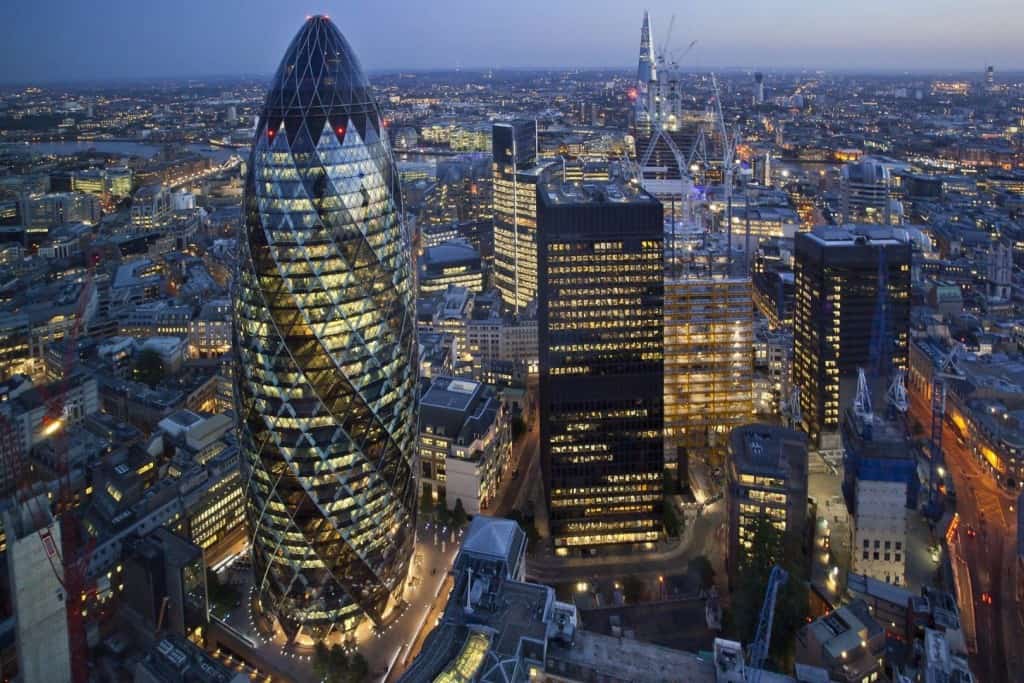 What’s with the London obsession? Approximately 13% of the British population lives in London and whilst we will admit it’s a lot, most of us have actually set up home elsewhere. We have some pretty killer cities outside of the capital and lots of us actually choose to live there. 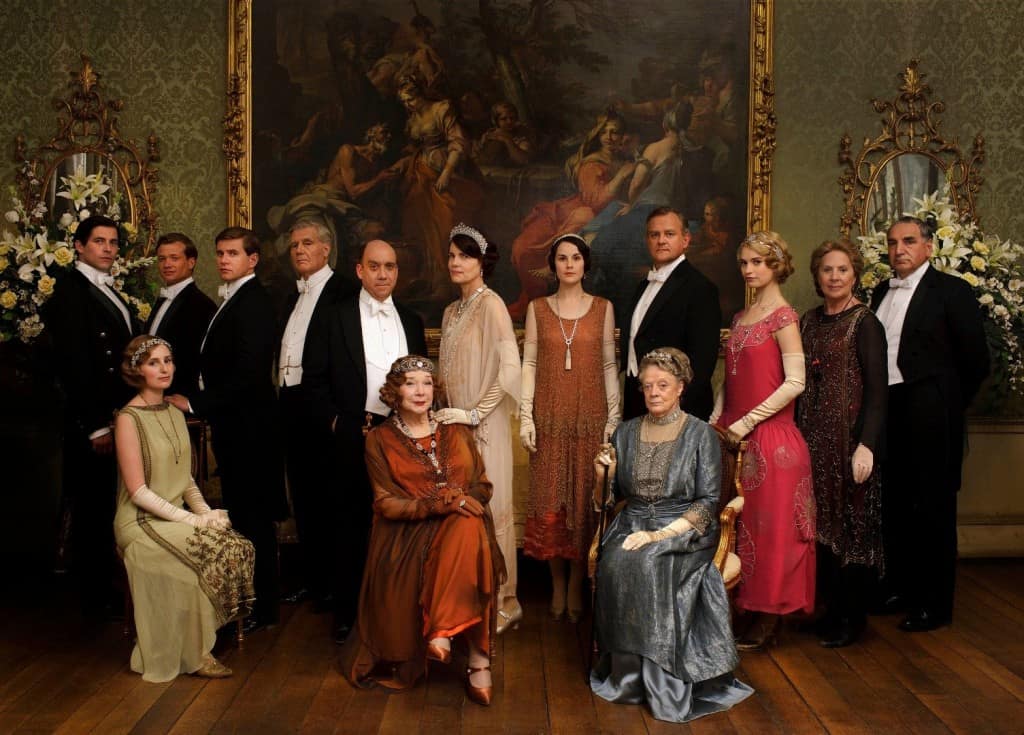 Downton Abbey has done the population of Great Britain a massive disservice. If this is going to disappoint you, I’m sorry but enough is enough. Most of us don’t have a butler. In fact, most of us live in shoebox homes which are probably the size of an American bedroom. We’re living cheek by jowl here and we simply don’t have the space for extra help.

Oh I Met Someone From Britain! Do You Know Them? 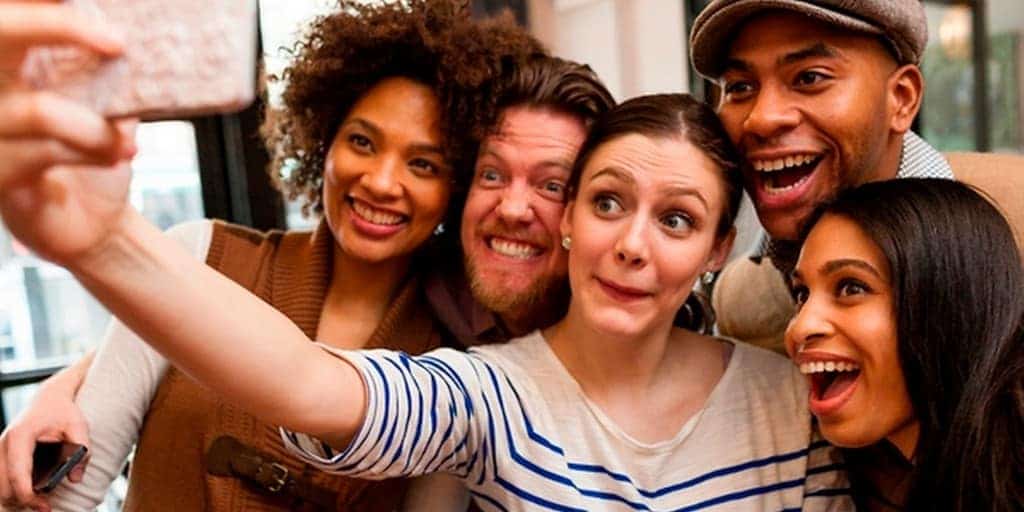 In the same way that we don’t know the Queen, most of us don’t know each other either. We think that it’s great you have a friend in Britain but sadly, we probably don’t know them.

Why Do You Always Say Sorry? 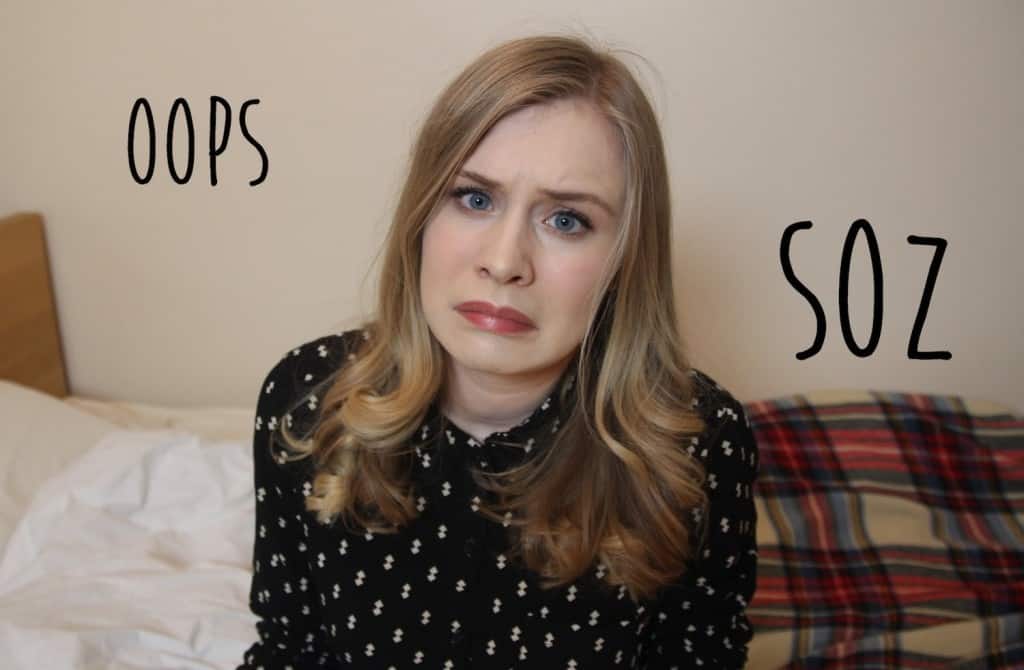 Saying sorry is a sacred British act and, try as we might, we cannot shake the habit. Yes it might be disingenuous and yes we say it when we don’t actually need to, but it’s a part of who we are. Sorry.

What’s With The Sarcasm? 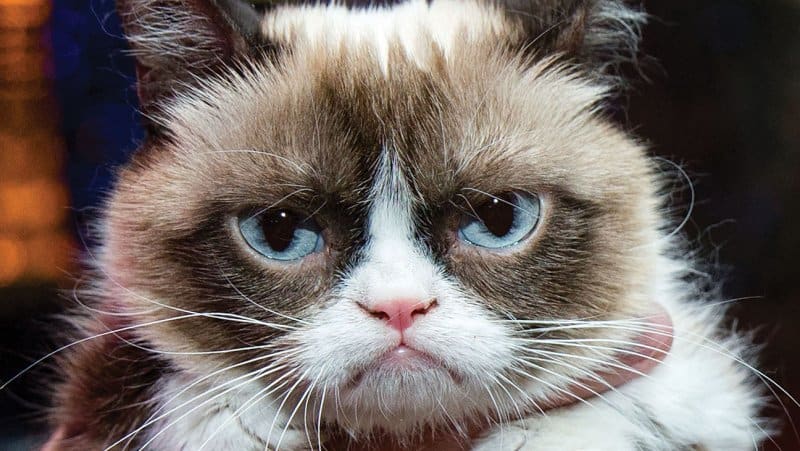 There’s a saying which claims that sarcasm is the lowest form of wit. Clearly the person who coined this phrase was not British. Sarcasm is practically a part of our DNA and if a joke isn’t dry and witty, then it’s simply not worth laughing at. We don’t think that we’re better than you, we just find different things funny.

Your Weather Is Awful! 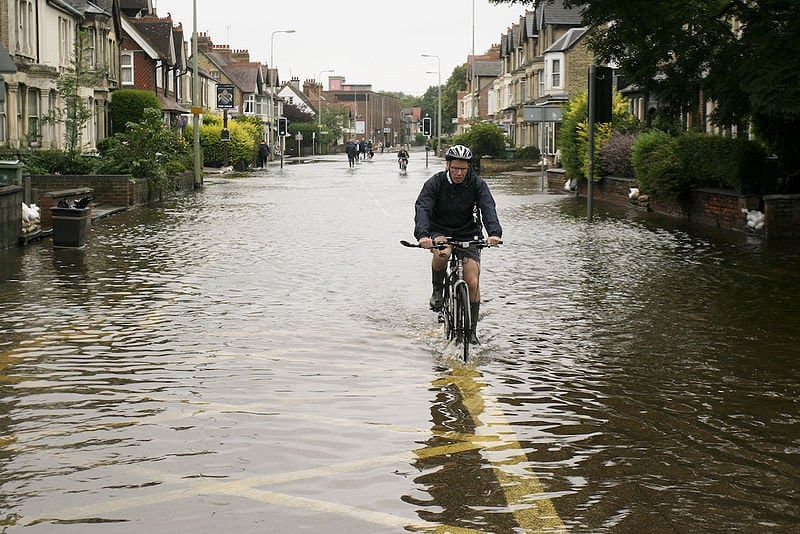 It rains in Britain. A lot. We get it. We live here. Whilst weather talk is one of our favorite conversational past times, we do not like it when holidaymakers come to our small country and lambaste us for our poor summers.

Why Are You In A Bikini When It’s 15 Degrees Outside? 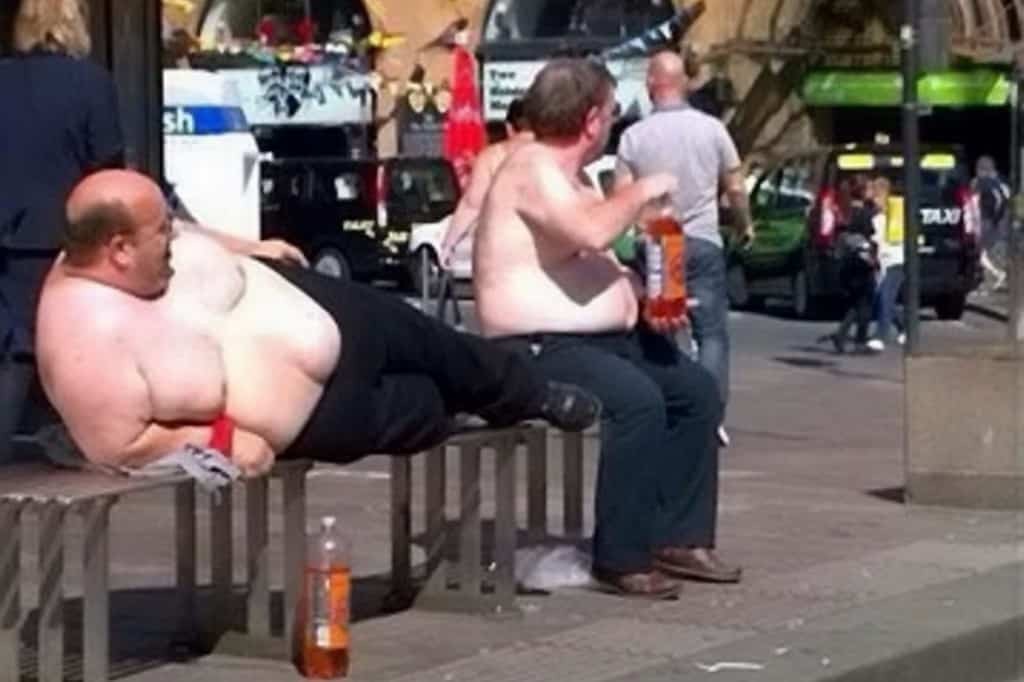 When the sun’s out, we’re out too. No matter the time of year, no matter the place in which we find ourselves, if it’s a sunny day, it’s 95% likely that you will walk past someone with their top off. See above statement for further explanation.

You’re Scottish/Welsh/Irish, So Are You English Too? 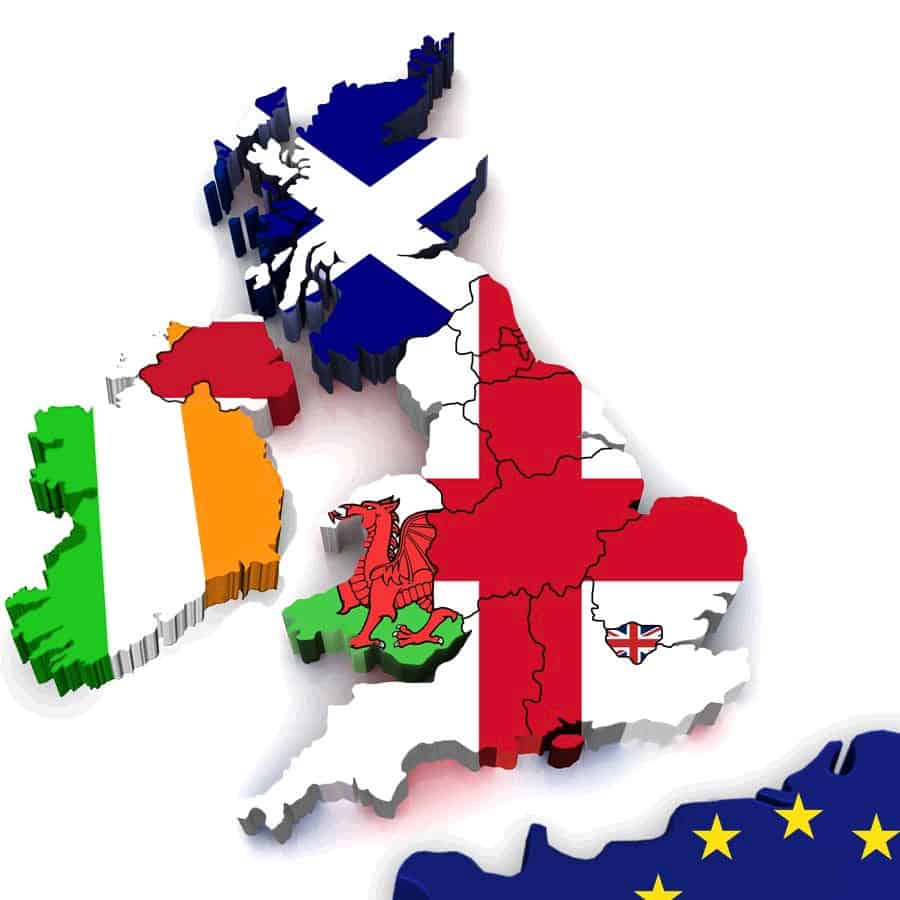 There are many complicated differences in our nationalities. Let me try and break it down for you. Great Britain is made up of England, Wales, Scotland and Northern Island. While we’re all British, we might also identify as any one of the above factions, depending on where we’re from. Lots of us are English but many more are Scottish, or Welsh, or Northern Irish. Just assume we’re British and we’ll elaborate further for you. 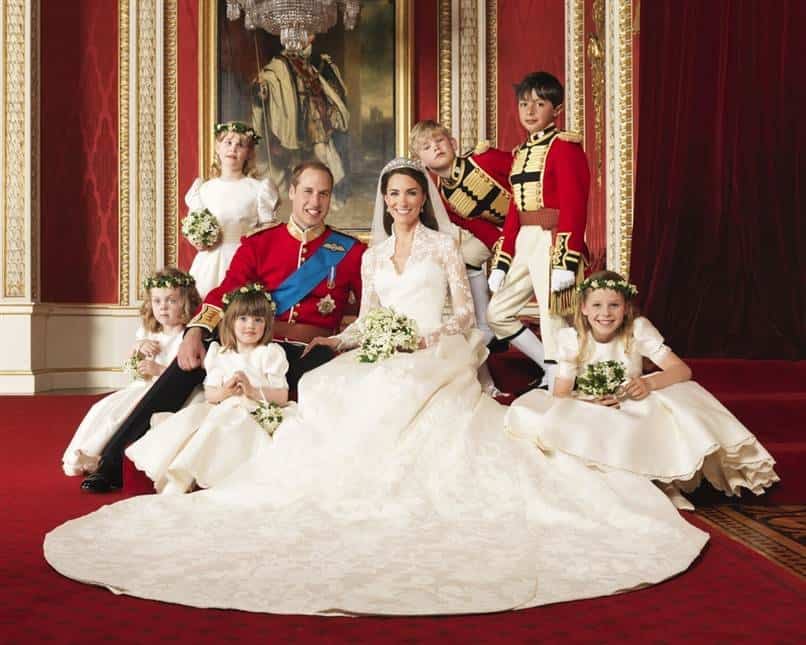 To be honest, most of us are a little “meh” about the royals and their lives. Sorry to shatter your allusions. They’ve always just been there and so to us, they’re just a part of the furniture.

I Hate The Royal Family! 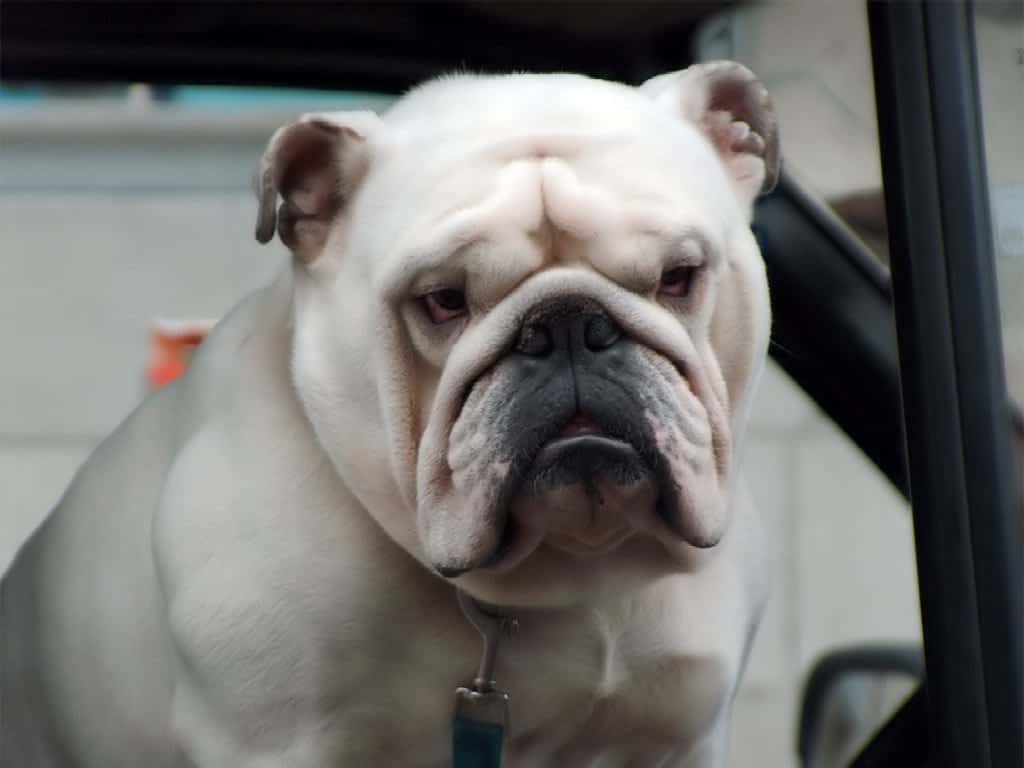 We might not be fond of our Royal Family but that absolutely, does not give you to right to insult them to our face. Only a British person is allowed to do this. If you want to make a British person momentarily patriotic, insult the royals. We’re good at shouting about things about which we don’t really care for.

Why Do You Queue For Everything? 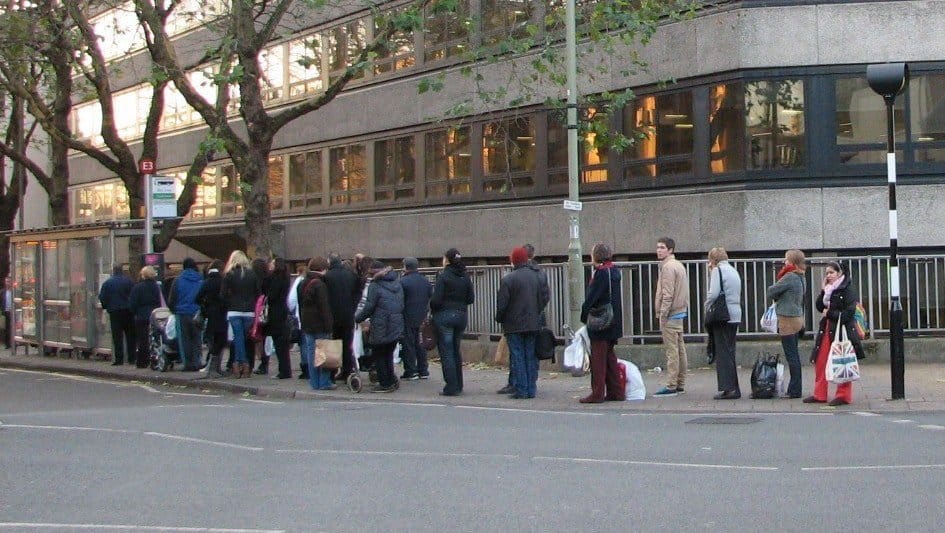 Queuing is a sacred British act and if you disrupt the balance, prepare to be ostracized. I’m not joking. Find the end of the queue, stick to the person in front’s back like a leach and prepare to shuffle forward for an hour in silence. It’s what we do best.

I Do A Great British Accent! 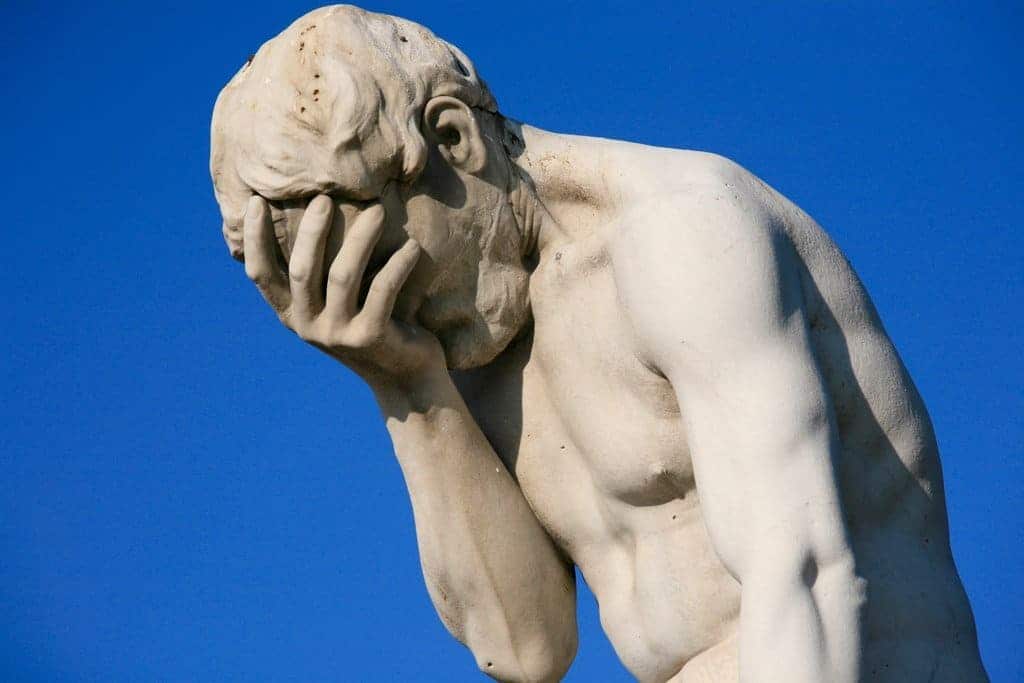 Unless you’re from here or are a very, very talented actor then I’m afraid to say that, no, you probably don’t. You might think that you do because British people have never called you up on it but it’s only because we’re too averse to confrontation to tell you that your accent isn’t really that good. Stick to your own accent – the chances are that we will love it!

You’re All So Rude! 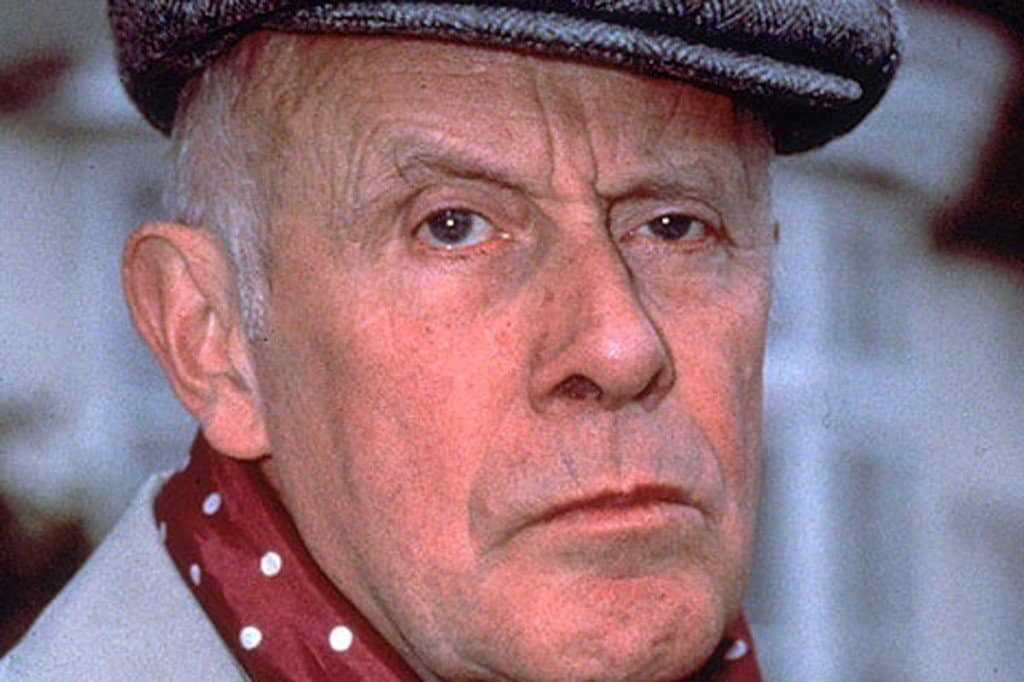 In Britain, we have a different way of interacting in public and, whilst some of our public figures can seem somewhat less than friendly, it’s just because we’re much more reserved in public. Don’t expect to talk, make eye contact or smile at anyone on public transport. That would just be weird.