20 Things Only Hangry People Will Understand

If you’ve ever shouted at your best friend before eating, angrily devoured cold leftovers or felt like murdering someone to get a burger, congratulations; you’re a hangry person. Suffering from food related anger is harder than most people would realize and being told by someone that you simply need to eat makes you want to punch a wall. Living with hangry is a genuine condition and if you have suffered from any of these, then we feel your pain. For everyone else, behold the daily struggles of the ever-hangry.

The Rage When There’s No Food In The House 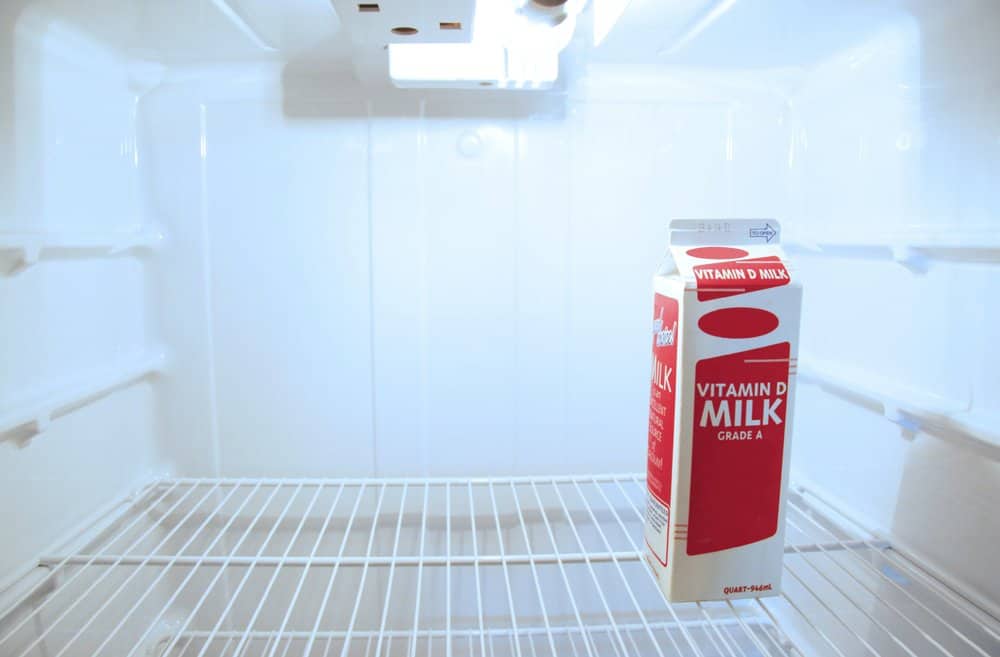 Getting home on an empty stomach and discovering empty cupboards brings about a rage like no other. You curse your earlier, fuller self for not anticipating the hanger that you would experience later in the day.

Picking A Stupid Fight Because You’re So Angry 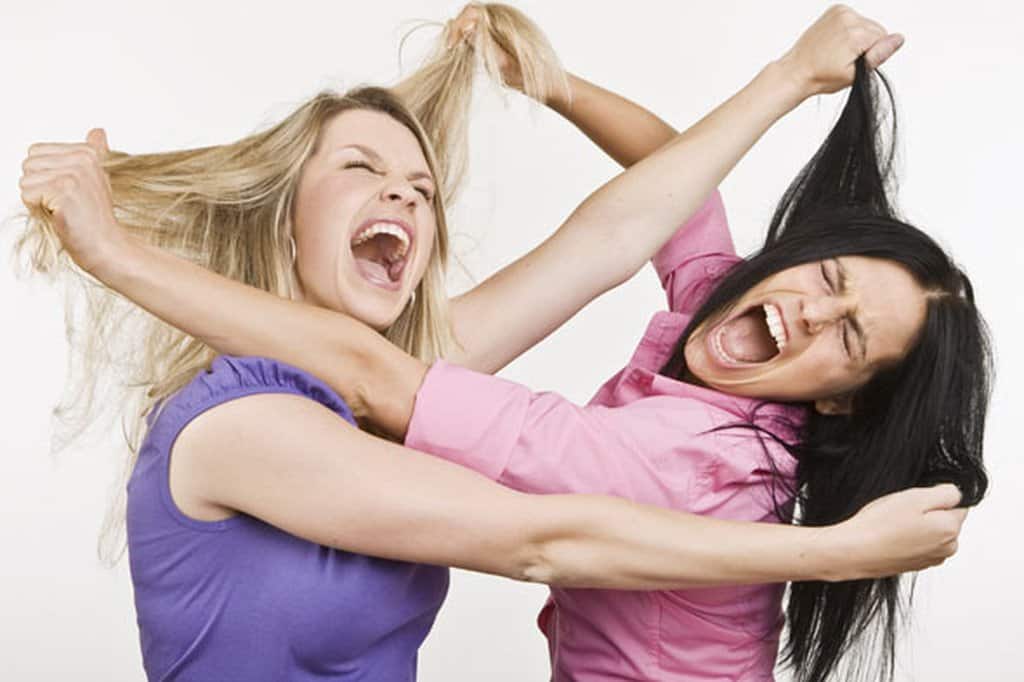 Your loved ones are used to being shouted at between meals but for new friends, it’s a little overwhelming. You get angry about the way they breathe, the cut of their shirt and their ringtone and you always let them know about it.

Ending A Relationship Over Where To Eat 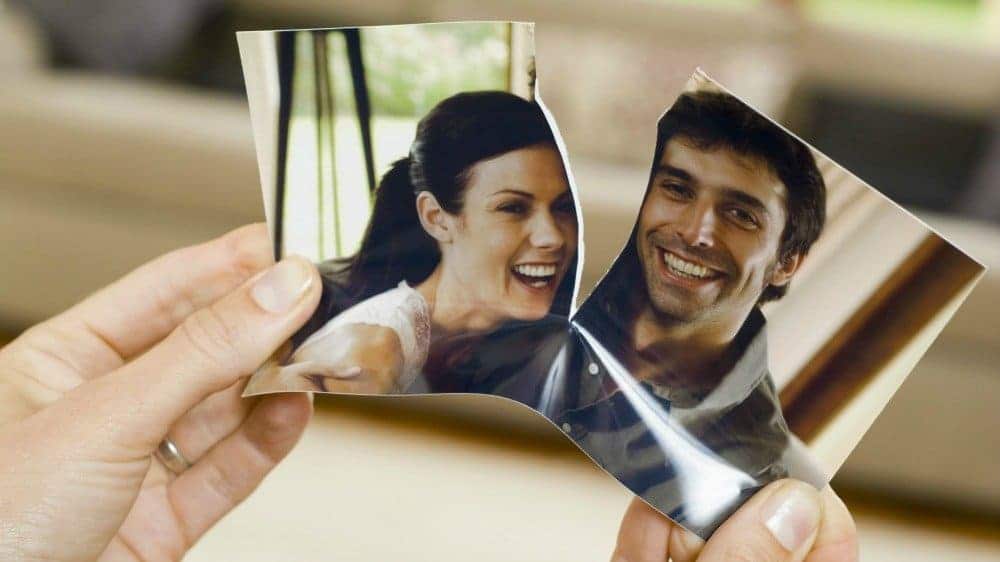 If, by some miracle, you manage to date someone that wants to take you out for a meal, then it normally ends in tears. Arguing over where to eat is a regular occurrence in your life and you have cut all relationship ties before, because of a restaurant disagreement.

Having A Meltdown When People Take Too Long To Decide 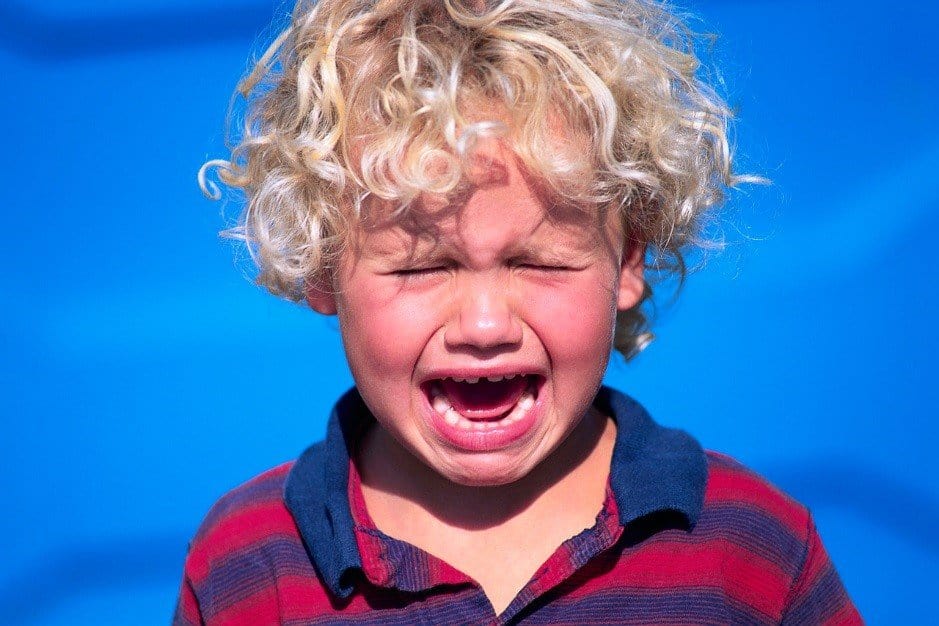 The fact that some people don’t know what they want to order is genuinely baffling to you. You always have an order ready in your head and waiting for others to decide what they want is like having your teeth pulled.

The Fury At Being Offered A Second Rate Snack 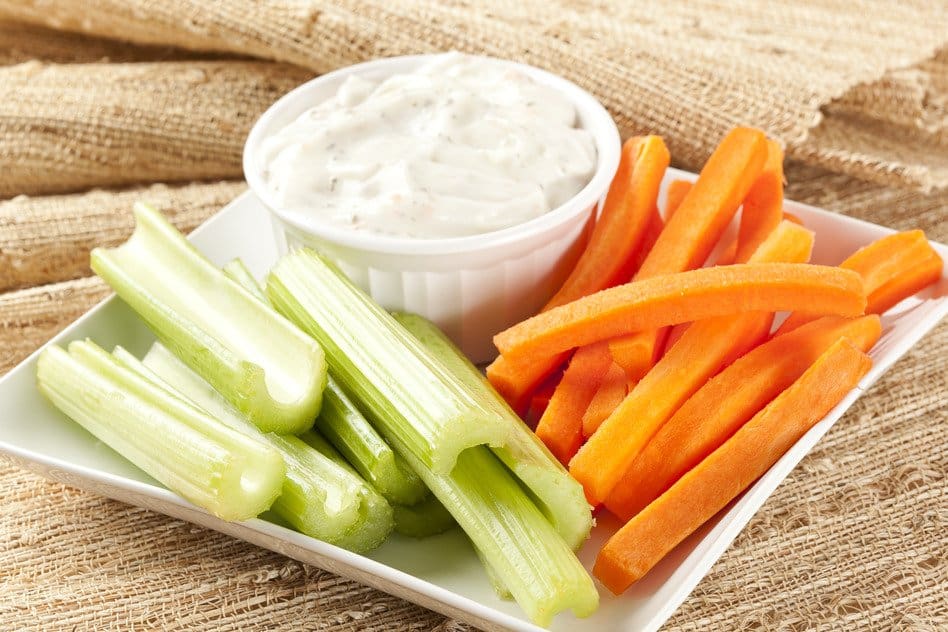 Just because you’re hungry, it does not mean that you will accept just any kind of food. Being offered a lousy snack to quell your hunger pangs is the food equivalent of a slap in the face and you simply won’t be having any of it. 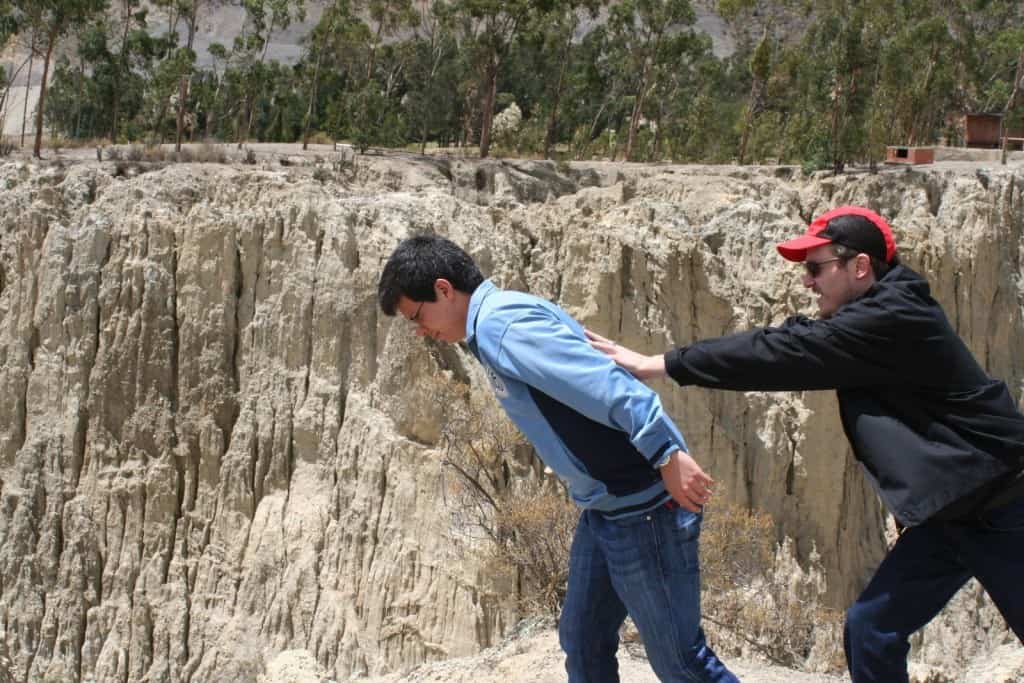 Having to navigate a crowd when you’re hangry is one of the most painful experiences in the world and you have been known to push past anyone and everyone in order to get food. Sorry, not sorry.

The Torture Of Arriving At A Party Without Food 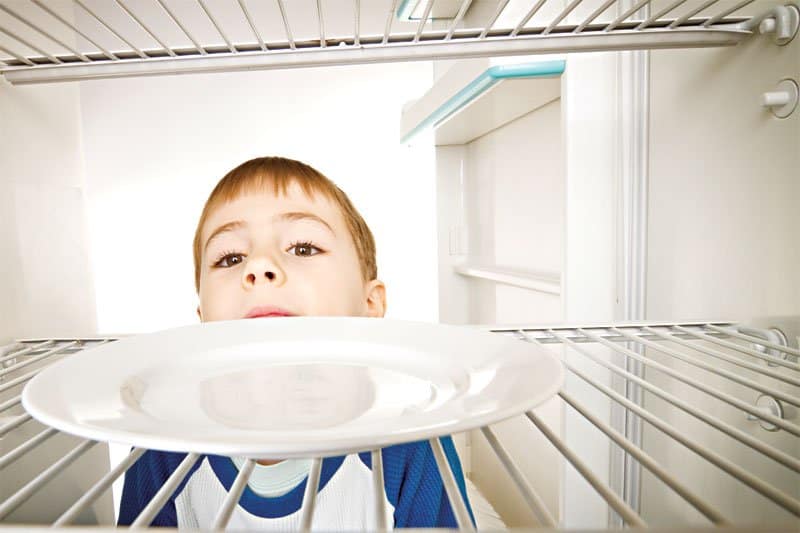 People who host parties without providing any food are an entirely unique problem. The fact that you know people who don’t think about food 24/7 makes you feel a little disgusted with yourself.

Being Forced To Snack During Meetings 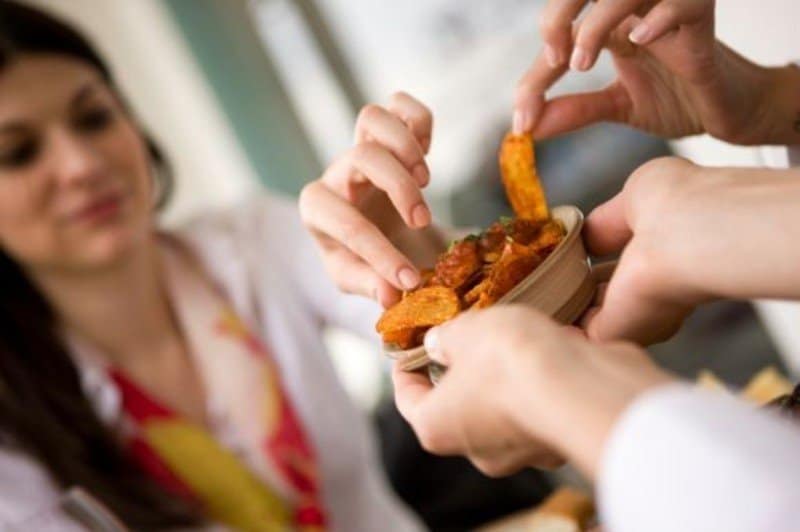 Meetings that run for more than 30 minutes are one of the most difficult things that you have faced and if you know that you’re in it for the long haul, you arm yourself with snacks. The fact that you spend the whole meeting rustling is not your fault.

The Crushing Realization That Your Favorite Snack Has Sold Out 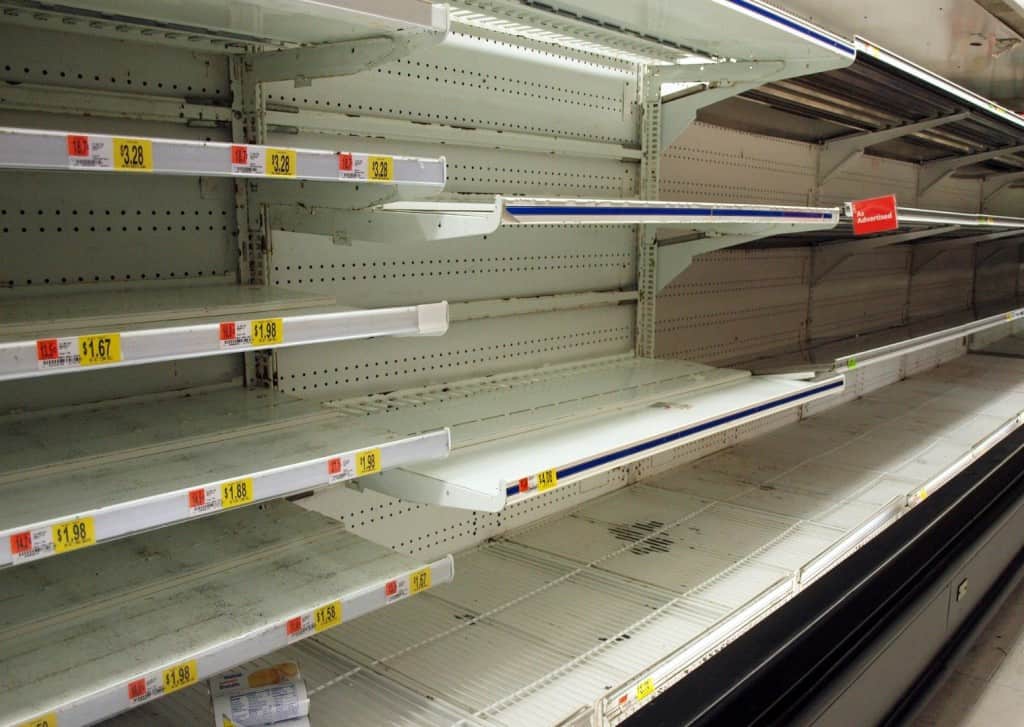 You spend your work days in a food-induced dream state and as soon as the clock strikes 5, you make your way to the nearest food store to indulge. On the rare occasion that your favorite snack is not in stock, you completely lose it and if you see anyone when you’re mid-rampage, they’d better beware.

Stifling Your Hatred Towards Cafes That Run Out Of Food 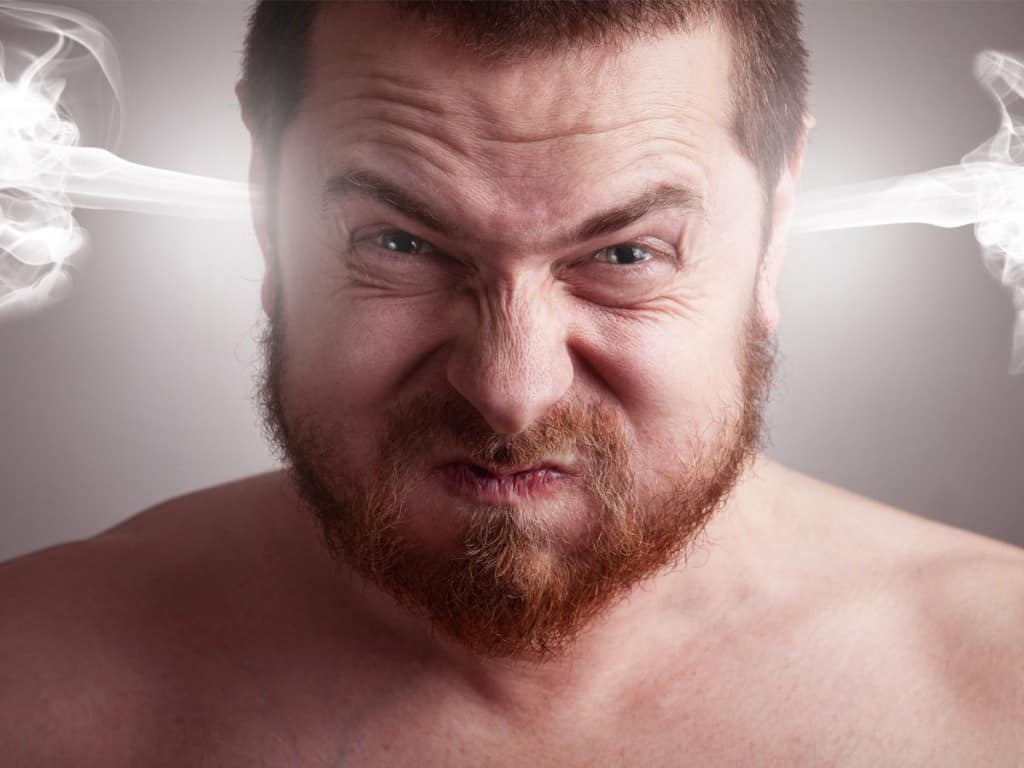 When you go out of your way to take a trip to your favorite cafe, you can barely contain your excitement. In the event that they have run out of all delicious food, however, you force yourself to stifle the unfiltered rage you feel, letting it out later on one of your friends.

The Disappointment Of Small Portions 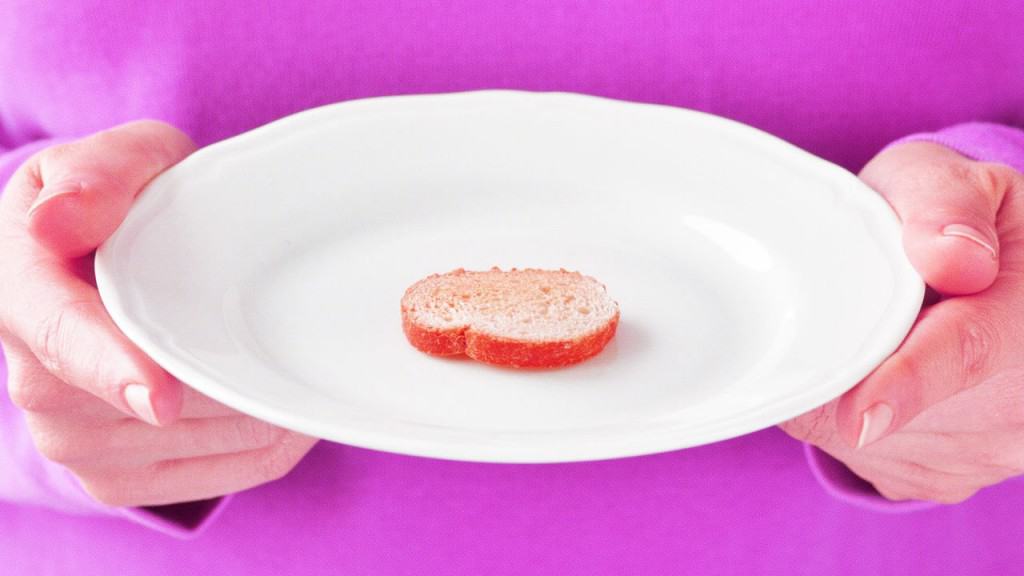 Restaurants that serve small portions deserve their own special place in hell. You get that it’s about nouveau cuisine but in reality, you want to slam your plate on the floor and walk out in a dramatic exit.

Having To Deal With Your Loud Stomach 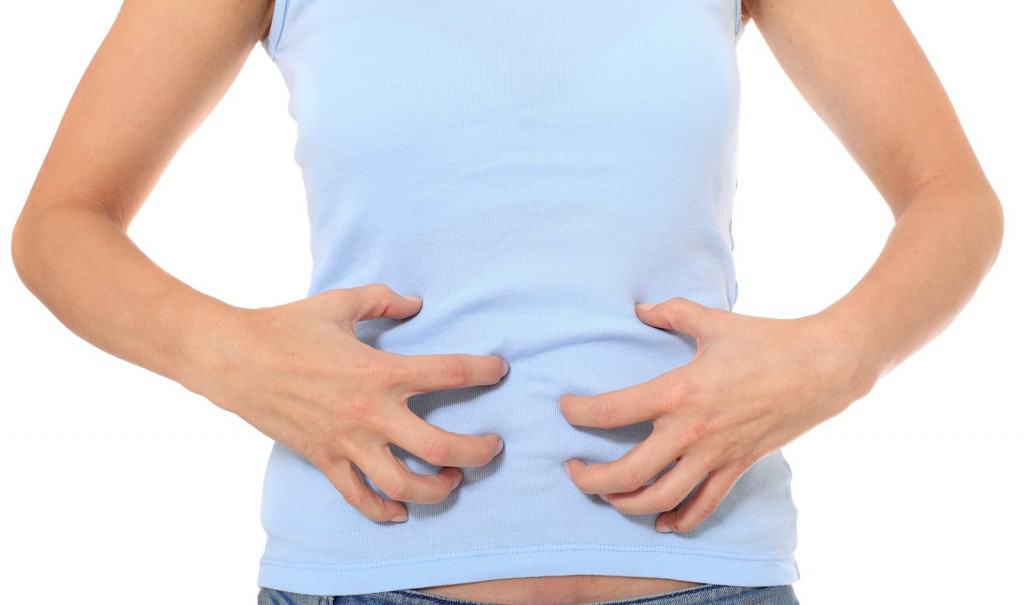 As you’re hungry pretty much every second of the day, your stomach has a mind of its own. If you don’t constantly eat, your tummy makes loud, growling noises and even though you try and cover them up, they get increasingly loud and distracting.

The Torture Of A Slow Moving Buffet Queue 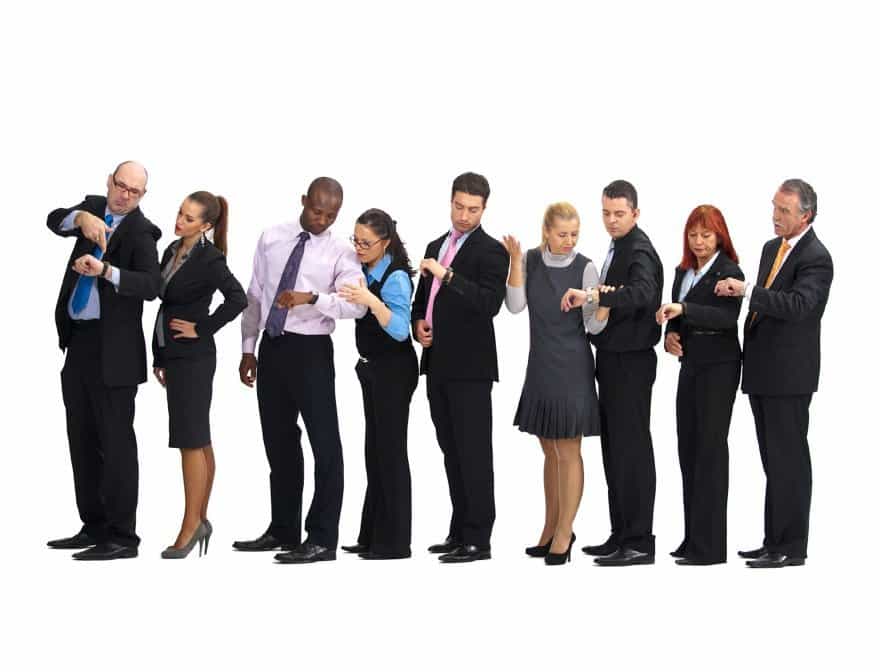 The sight of a buffet is like heaven to you, so when people take their time in selecting their food, you really hit the roof. You approach buffets with military precision and you can’t understand why other people don’t do the same.

The Uselessness Of Miniature Canapes 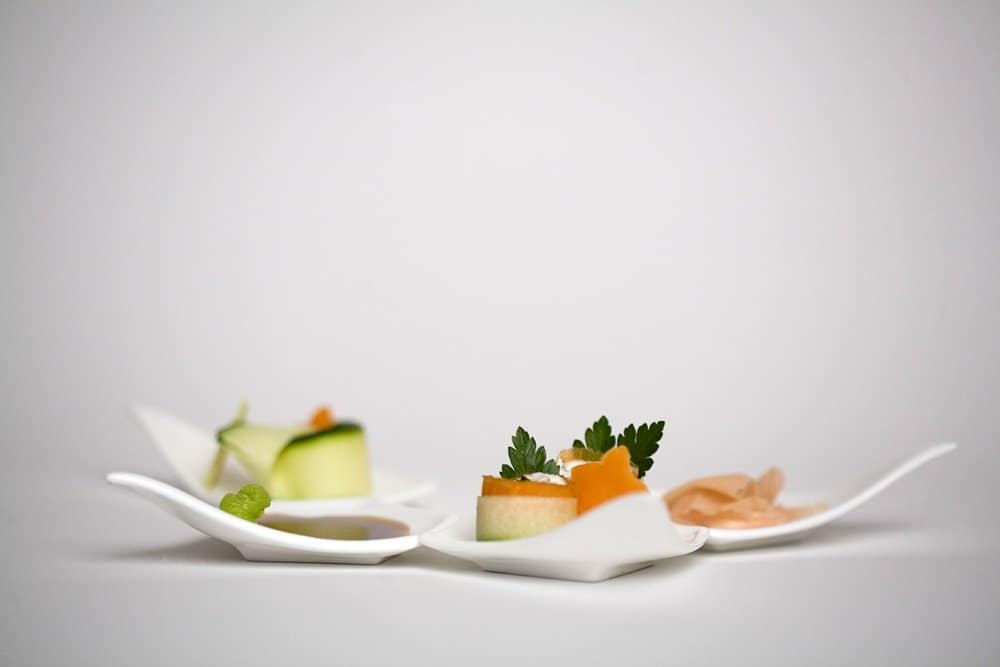 Miniature canapes do nothing to solve your hunger and you have no idea why they even exist. On many occasions, you have been forced to bring your own snacks to parties, thereby avoiding an inevitable hangry meltdown.

Losing All Dignity Around A Wedding Cake

Weddings are long and boring and by the time the food rolls around, you’ve lost your mind completely. The sight of a wedding cake drives you into a frenzy and once the first slice has been served, it’s open game.

The Joy Of Finding A Fellow Hangry Friend 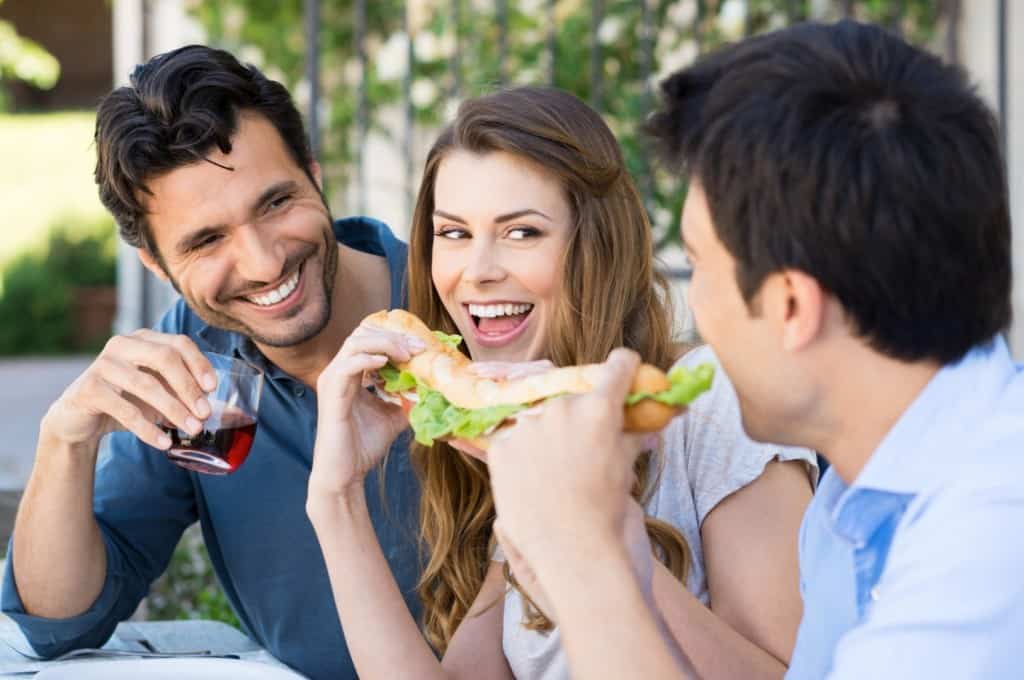 So many of your friends are non-hangry people, so when you meet a person that feels the same way as you do about food, it’s like a light shining from heaven. You discuss food plans all day and group together on family sized snacks. 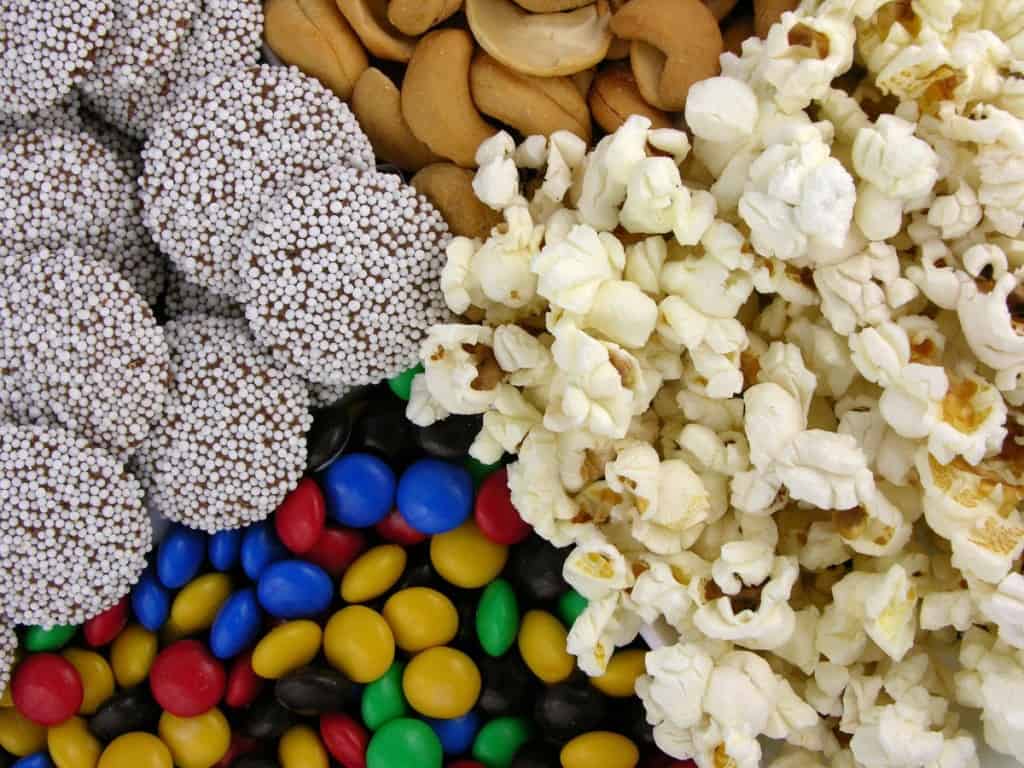 You’re so afraid of getting hungry when you go out, that all you take with you is extra snacks. You don’t care about your wallet or your keys; if you can’t eat it, it’s not worth taking along. 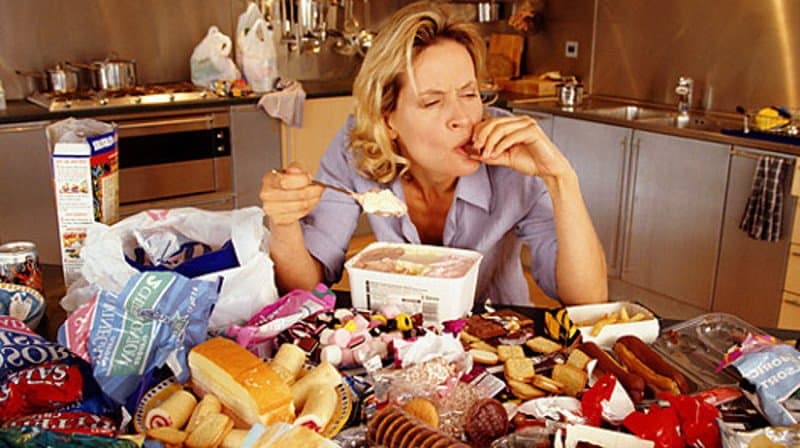 When you feel yourself slipping into a hangry rage, you resort to eating whatever food is around to avoid hurting the people around you. As you angrily eat the sub-par snacks, you feel your inner rage building and it’s all you can to do not scream out loud.

The Rage You Feel When Your Takeaway Order Is Wrong 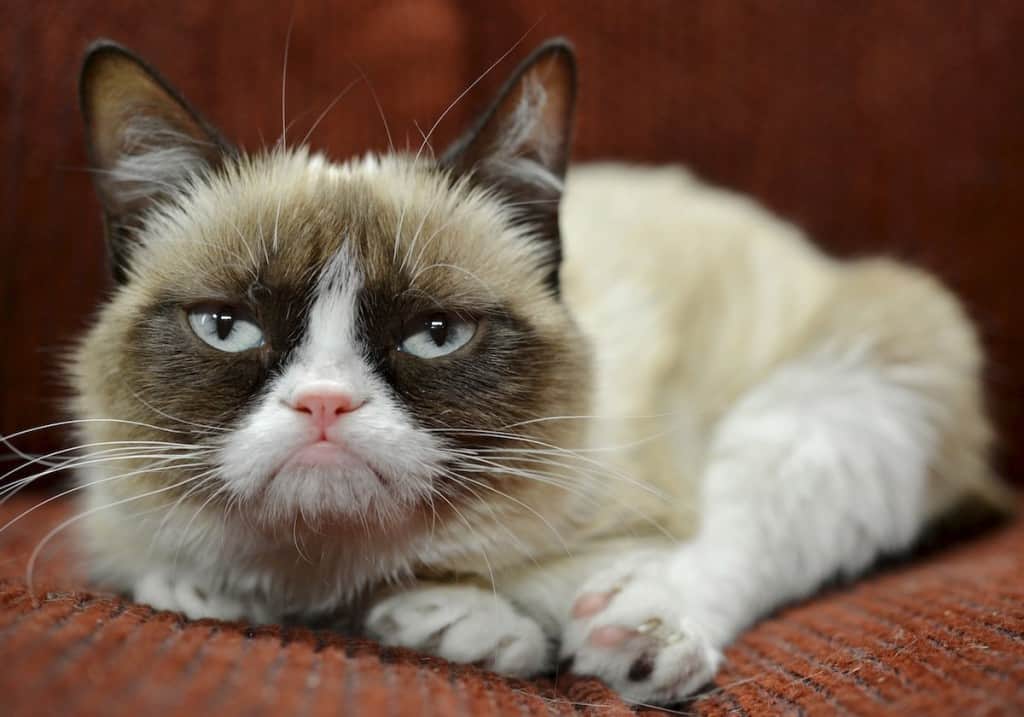 Getting a takeaway is a sacred act for you, so when the order goes wrong, you lose your mind. Realizing that your food isn’t what you ordered when it’s too late is all too real to you and on many occasions, you have thrown an adult tantrum.

The Torture Of Having A Friend Who Doesn’t Share 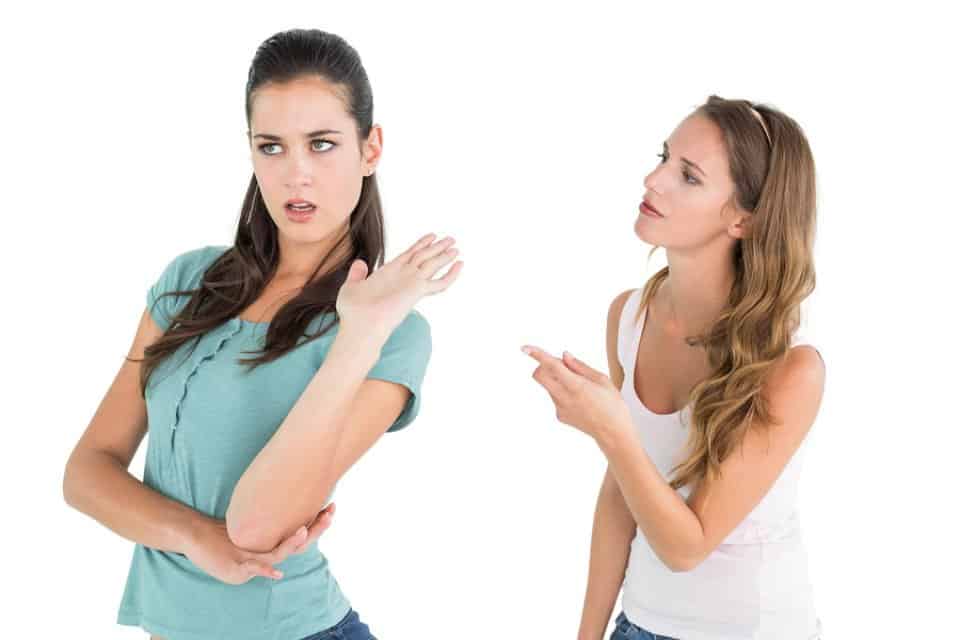 Food is there to be eaten and when your friends don’t offer their snack around, you have something to say about it. You would throw your friend under a bus to get your hands on their food and when you’re feeling really hangry, you don’t care about the consequences.