Super Mario is probably one of the most famous characters in the world. He has appeared in hundreds of video games, movies, TV shows and cartoons over the past thirty years and has become the iconic mascot of legendary developer and publisher Nintendo. Being so well known, though, you would probably think that there isn’t much that you couldn’t know about the famous plumber. After all, he has been seen in countless forms of media and is arguably the most recognizable video game character of all time.

That is simply not the case as there are plenty of unknown facts and interesting pieces of trivia about Mario and his games that have remained hidden throughout the years. In fact, there is a lot more to the hero and some very strange tales behind some of his adventures. 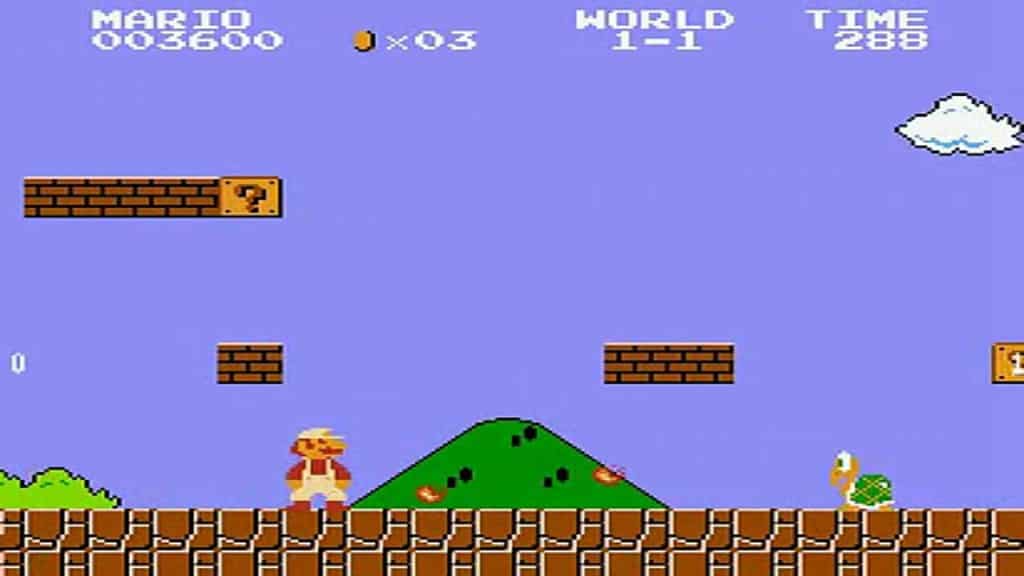 The instruction booklet that came with the original Super Mario Bros. game stated that the bricks that are present throughout the game, and the ones that Mario is constantly break to get coins, aren’t actually bricks at all. Instead, they are the inhabitants of the mushroom kingdom who have been cursed by the invading Koopas and turned into blocks. 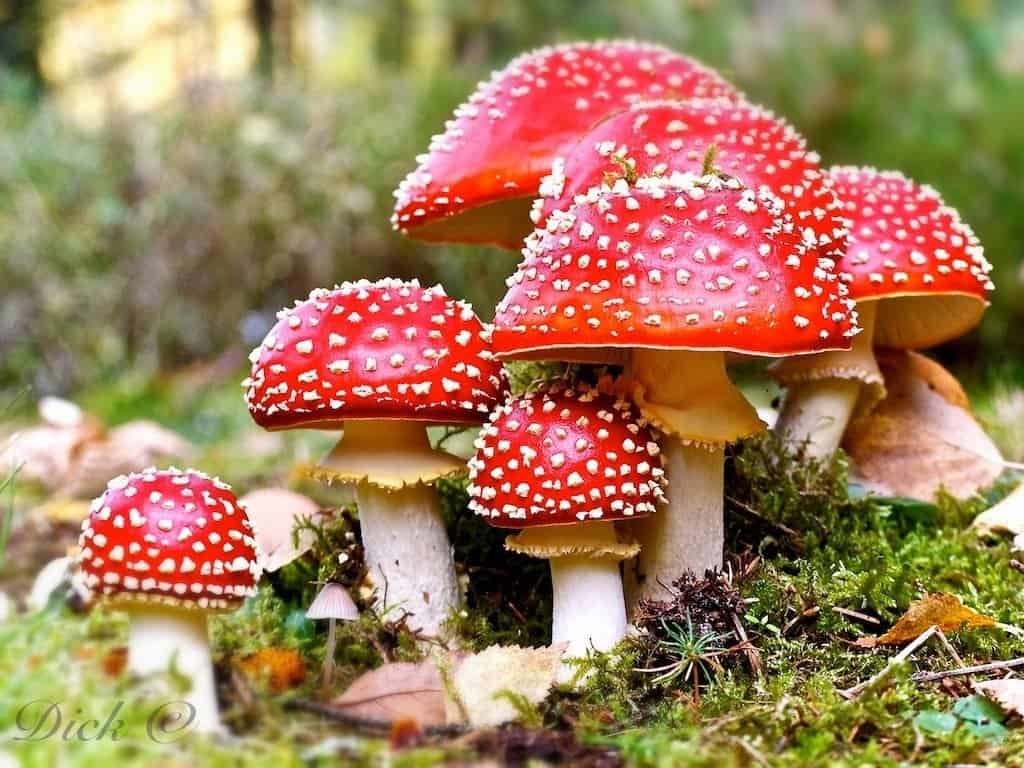 The Super Mushroom has been an ever present part of the Mario series for almost all of its history. The fungi has magical powers that transform the plumber into a bigger and stronger version of himself but they are in fact inspired by a real life mushroom called amanita muscaria. Eating is has several side effects including nausea, mood changes, hallucinations and visual distortion that changes the way a person perceives the size and shape of objects.

What’s In A Name? 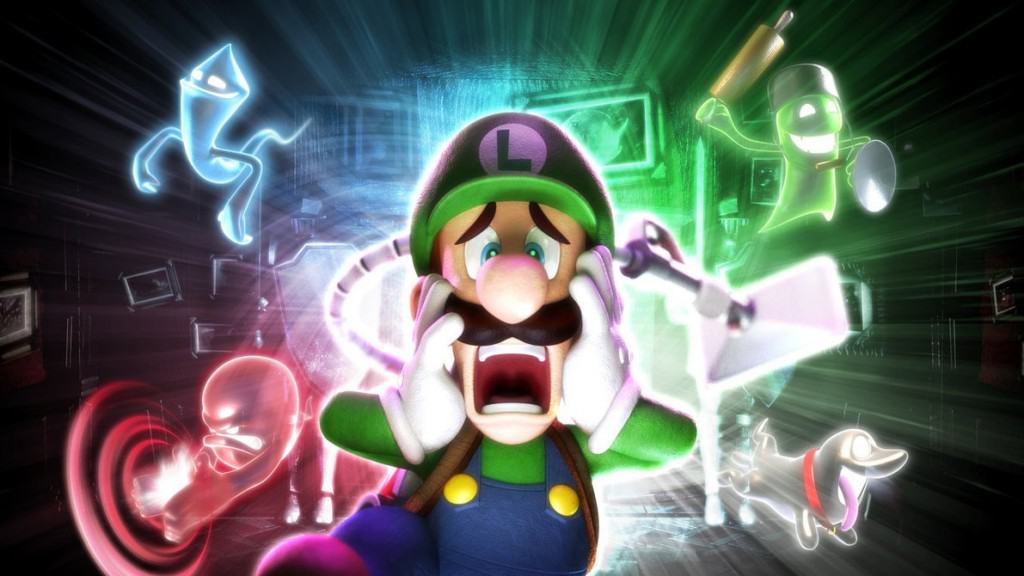 Luigi’s name is based on the Japanese version that is spelt Ruiji, a word that has a similar meaning. As Luigi is almost exactly the same as Mario in appearance, especially in the earlier games where he was simply the same character with a different color palette, the name fit. Similarly, Wario is a combination of the name Mario with the Japanese word warui, which means bad or mean, as he is essentially an evil version of Mario. 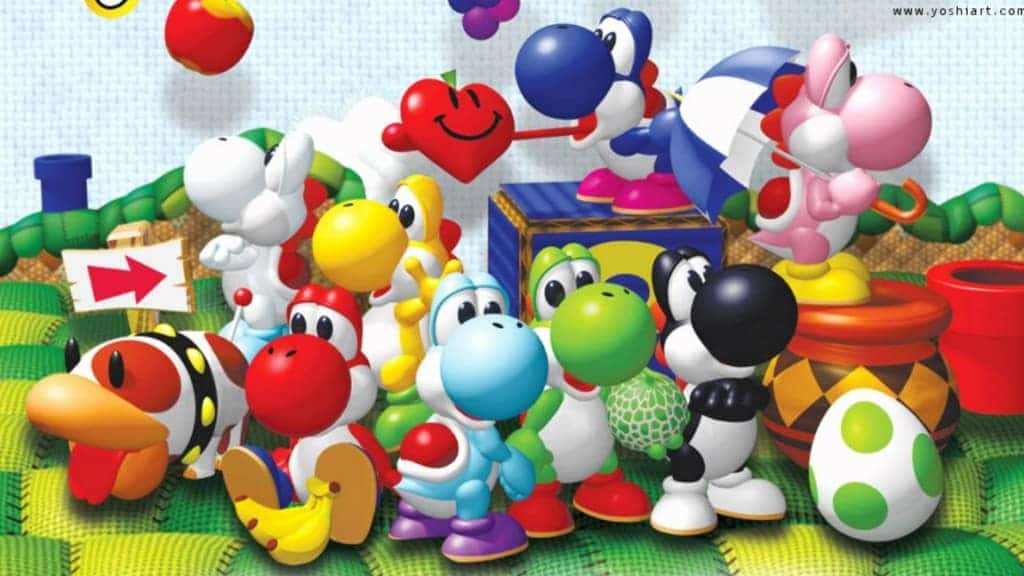 The famous green dinosaur Yoshi was originally designed to be implemented in Super Mario Bros. as creator Shigeru Miyamoto had always envisioned Mario riding on a dinosaur. However, technical limitations meant that all the games released on the NES were unable to contain Yoshi thanks to the change in control screen and new programming that the creator would need. Yoshi eventually made his debut in Super Mario World in 1990. 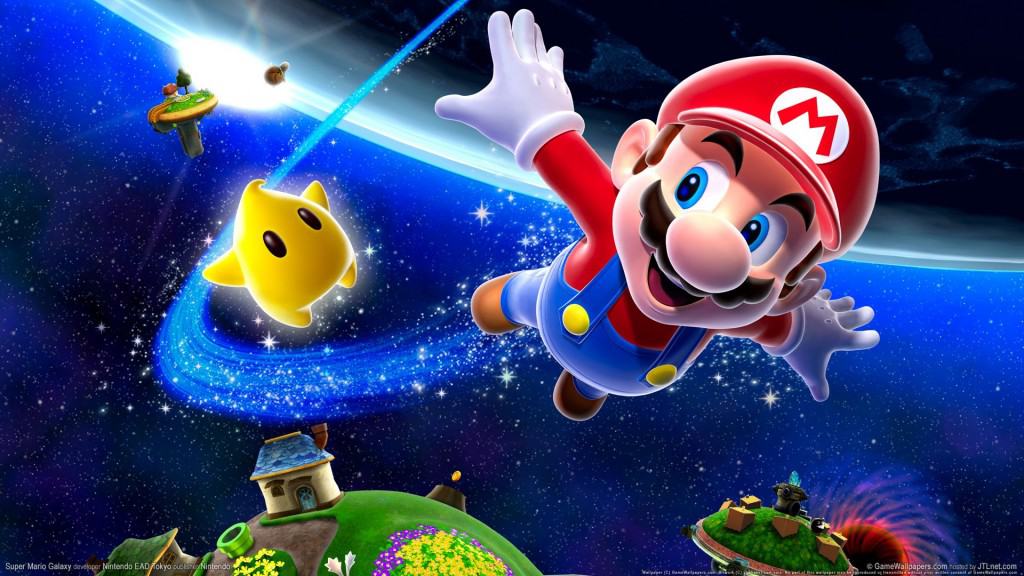 The design for Mario has remained pretty constant throughout all of his appearances in various video games. The only major change that has occurred is the fact that his shirt and overalls have been swapped. In the early games up to Super Mario Bros. 2, the character had a blue shirt with red overalls. Since then though, his appearance has changed with the overalls being blue and the shirt colored red. 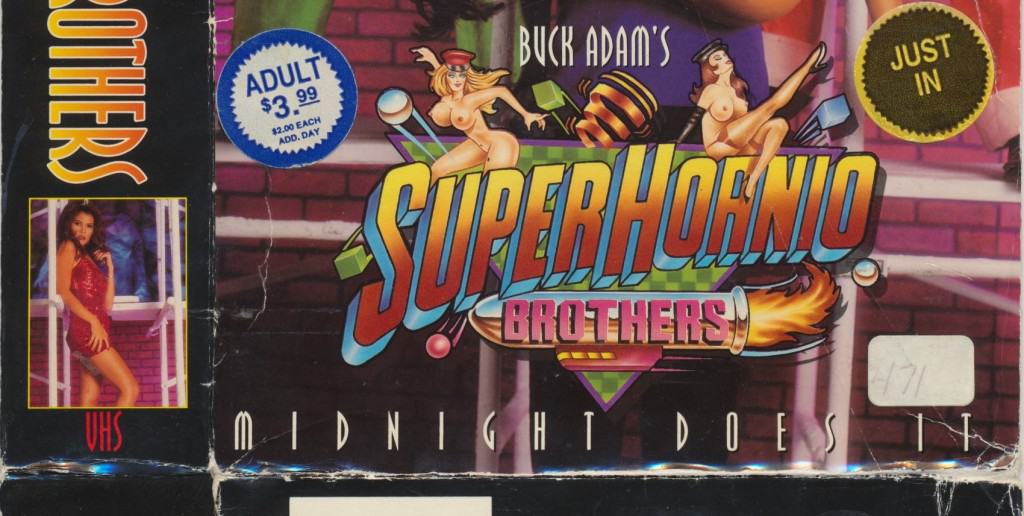 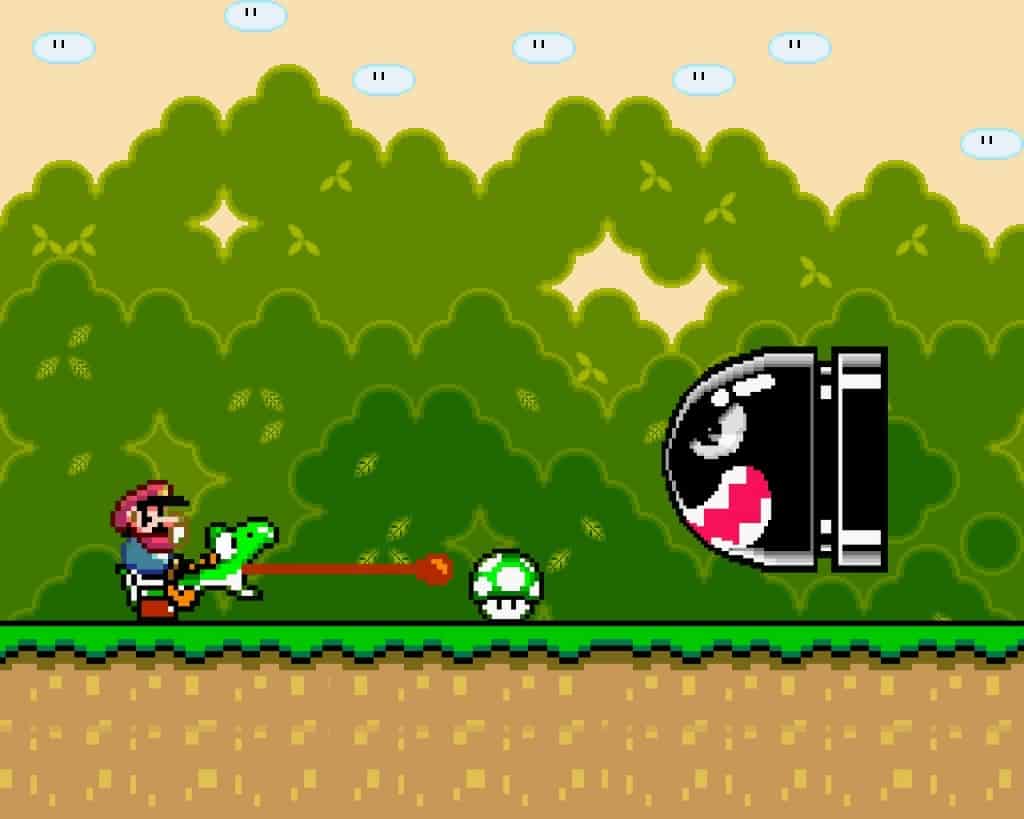 The large bullets and torpedoes that constantly hamper Mario’s efforts as they fire towards him actually have names. They are officially referred to as Bullet Bill and Torpedo Ted by Nintendo in merchandise and other materials though their names never appear in games featuring them as enemies. Their names are believed to be a reference to the comedy films Bill & Ted’s Excellent Adventure and Bogus Journey. 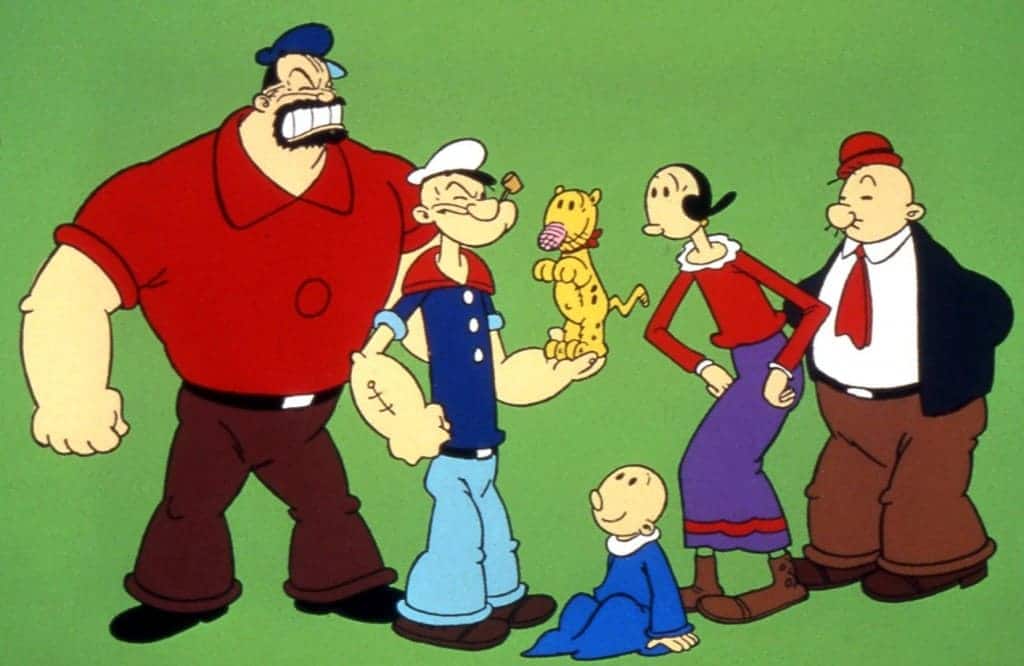 When Shigeru Miyamoto was attempting to break into the video game industry with a killer game like Pac-Man, he first tried to create a title based on Popeye, featuring the sailor, Olive Oyl and Bluto. However, Nintendo could not secure the rights to the characters and so Miyamoto repurposed the game to become Donkey Kong, with Mario replacing Popeye. 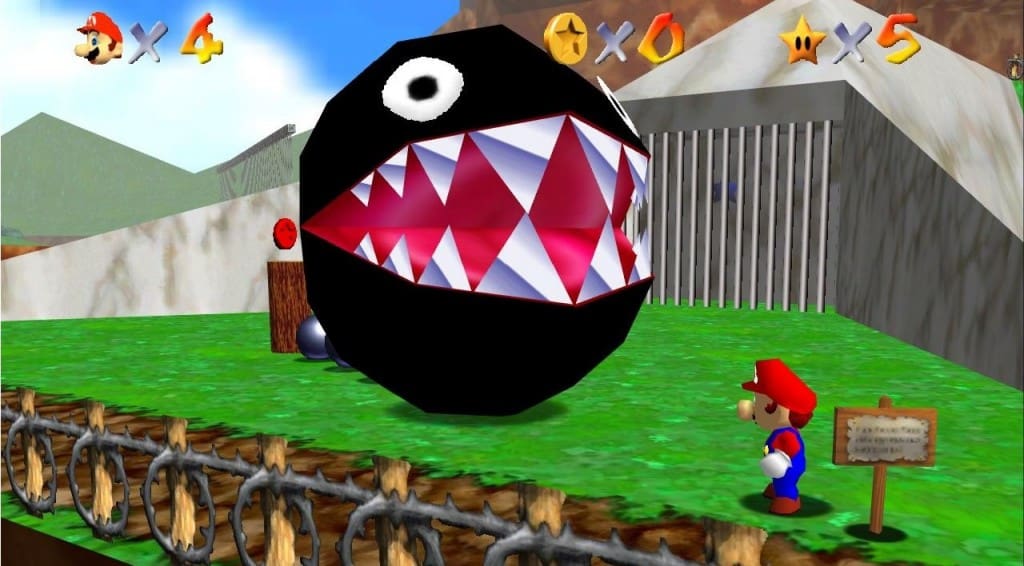 The Chain Chomp enemy was first introduced in Super Mario Bros. 2 and has become a staple of the franchise ever since. Like many of Shigeru Miyamoto’s creations, it was inspired by a real life event. As a child, Miyamoto would often have to walk past a chained up dog that would bark and try to attack him. This terrorizing experience served as the idea behind the enemy as it had such as effect upon the developer. 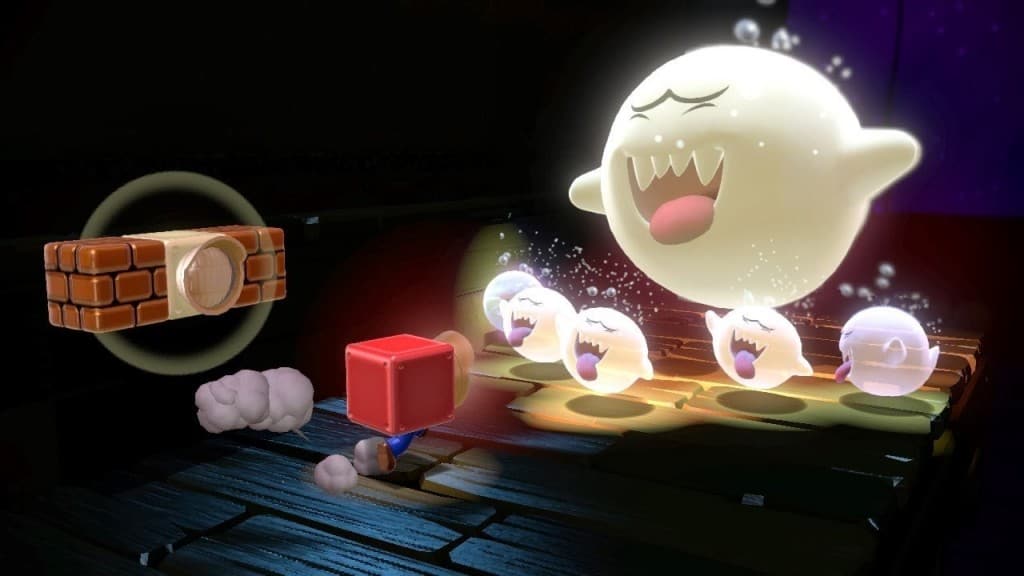 The Boos are enemies in Mario that attack solely when you are not looking at them, turn around and they become non-hostile and either go completely still or move around in an nonthreatening way. The concept behind their creation came from assistant director Takashi Tezuka’s wife, who was usually a quiet and reserved woman but one day exploded in anger because of the amount of time her husband was working at the office. 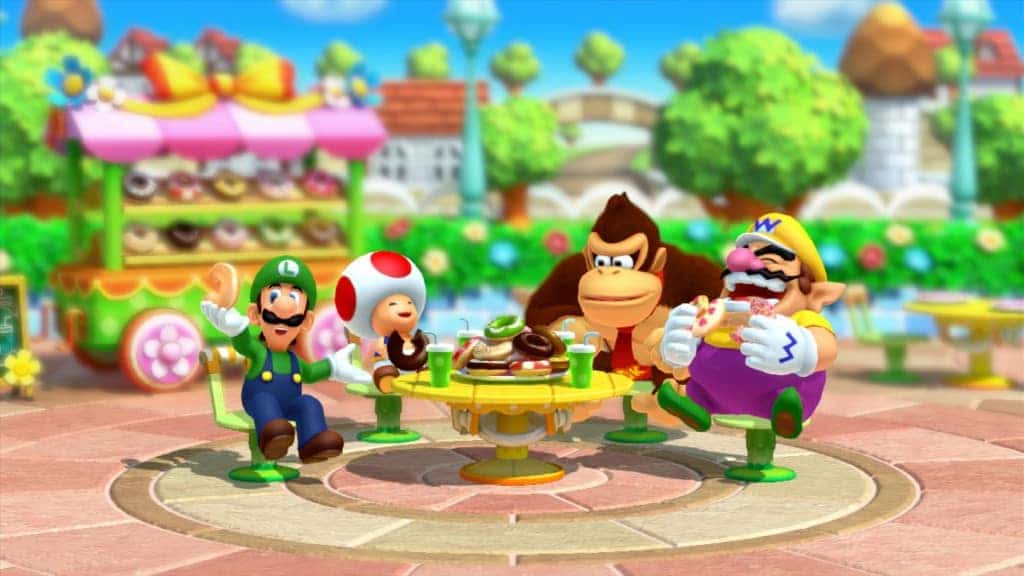 Mario Party is one of the most popular types of party games in the world, featuring collections of mini games that across a variety of topics that can be played with multiple people. One particular type of mini game has since been left out of most of the titles though after players began using their palms to spin round the analog stick rather than thumbs, causing painful blisters. Nintendo subsequently sent out gloves to help protect the hands of children playing the game. 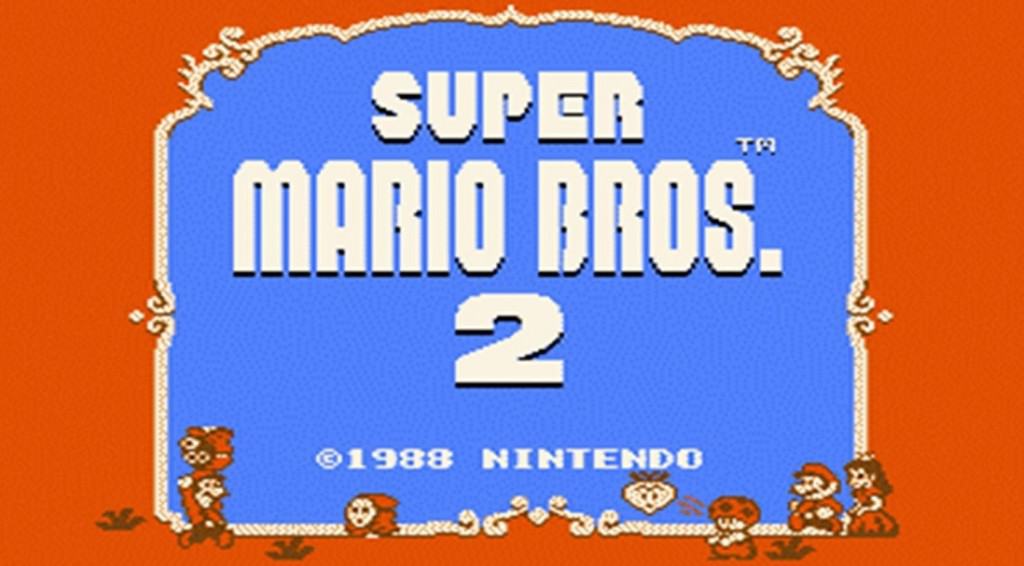 After Super Mario Bros. 2 became a huge success in Japan and the U.S. it was clear that a sequel would almost certainly be created. Work began almost immediately on a second game but there were two versions that released. The Japanese market got what is now known as Super Mario Bros. The Lost Levels while Western audiences got a reskinned version of Dream Factory: Doki Doki Panic. This was because executives in Nintendo of America felt that the original sequel would be too hard for players in the U.S.

Mario Was Originally A Carpenter 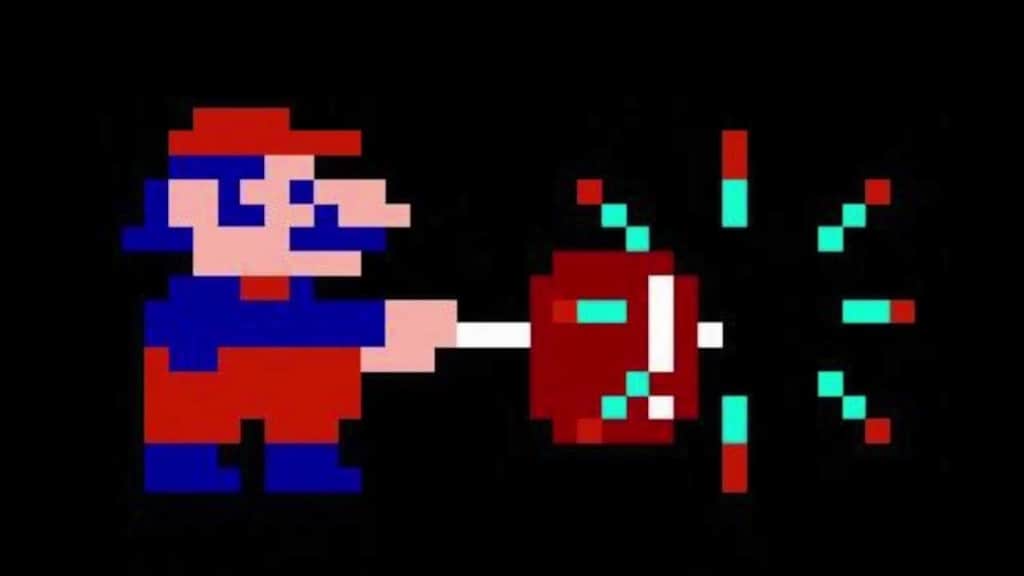 Although everyone now thinks of Mario as a plumber, he was actually a carpenter when first introduced to audiences. As the protagonist in Donkey Kong, Shigeru Miyamoto wanted Mario to have a profession that fit in with the construction work site where the game took place and so eventually settled on Mario being a carpenter. He was later switched to a plumber because the game Mario Bros. is set largely in the sewers.

Mario Is Extremely Qualified Though 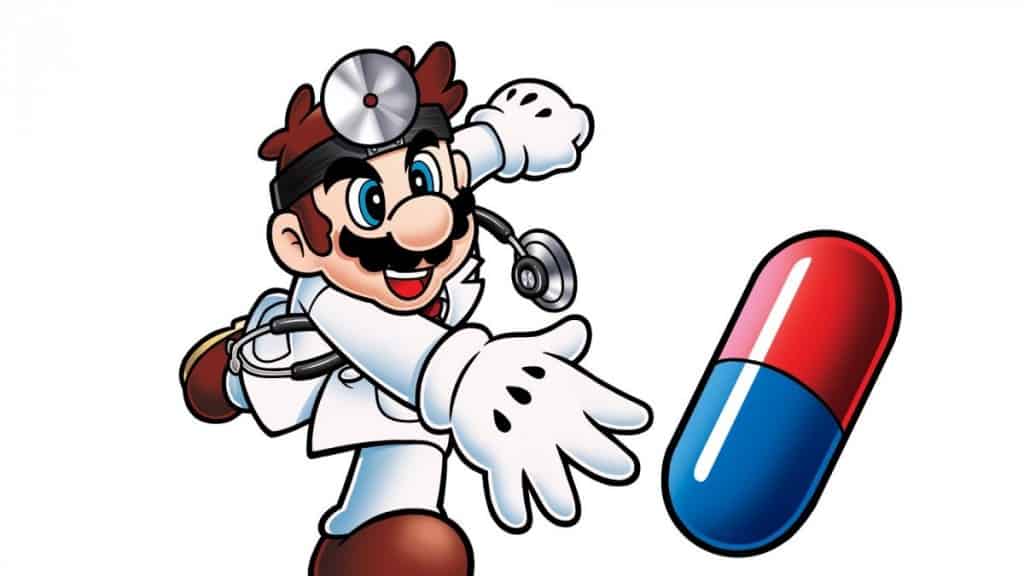 Not content with simply being a plumber or carpenter though, Mario has in fact had a huge collection of different jobs and professions during his 30 plus year history. These range from professional sportsmen in games such as Mario Golf and Mario Tennis, racing car driver in Mario Kart, a soldier in Mario Bombs Away, a brewery worker, a doctor, an artist, a toy maker, a boxing referee, a chef and even a scientist. 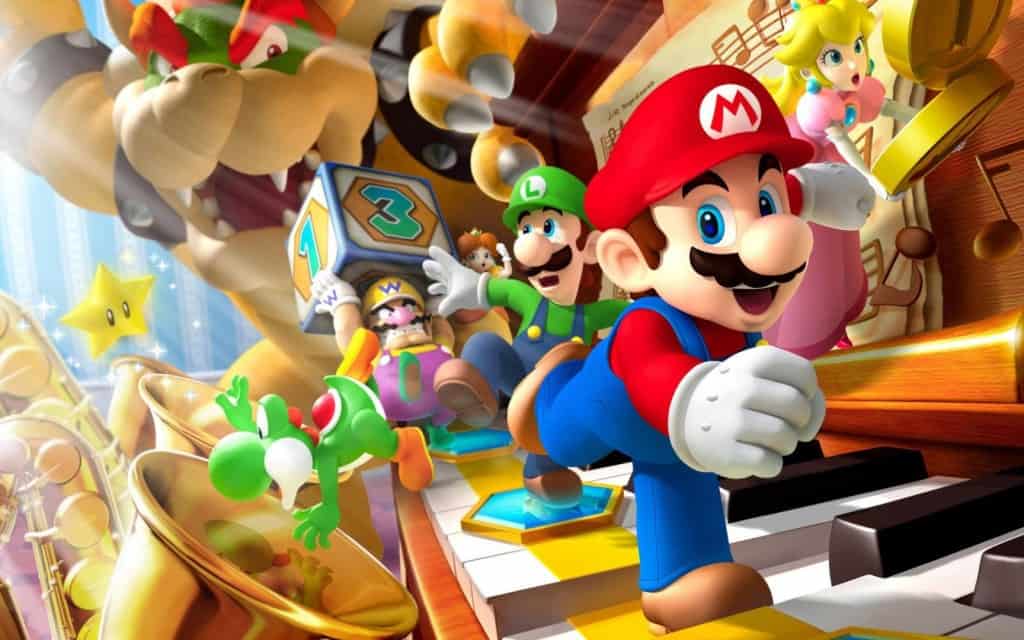 Mario went through a number of different names before Nintendo and Shigeru Miyamoto settled on Mario. Originally, the hero of the Mushroom Kingdom went by the name of Ossan, which meant “middle-aged guy”. Miyamoto eventually changed this to Mr. Video before settling on Jumpman for the Donkey Kong arcade release. The Mario name came about because the landlord who owned the space where Nintendo of America was headquartered was called Mario Segale and the team wanted to honor him. 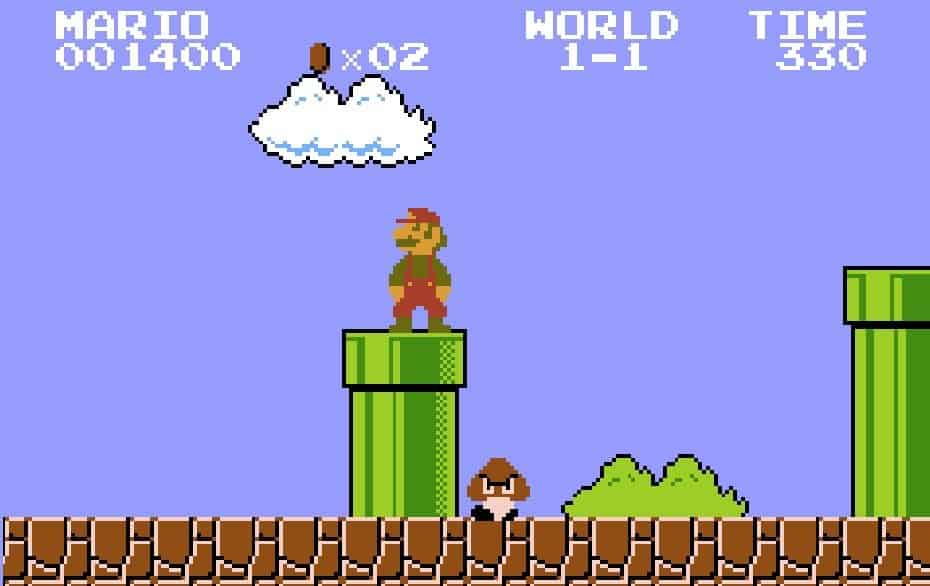 Despite the fact that Super Mario Bros. released in 1985, this fact apparently went unnoticed for almost 25 years before anyone realized the truth. A closer look at the white clouds and green bushes in the game show that they are actually the same sprites colored differently. This was most likely done to save on time and memory in the cartridge rather than any form of laziness but it shows how creative developers of early video games had to be in order to get around technical limitations.

Not Every Game Actually Happened 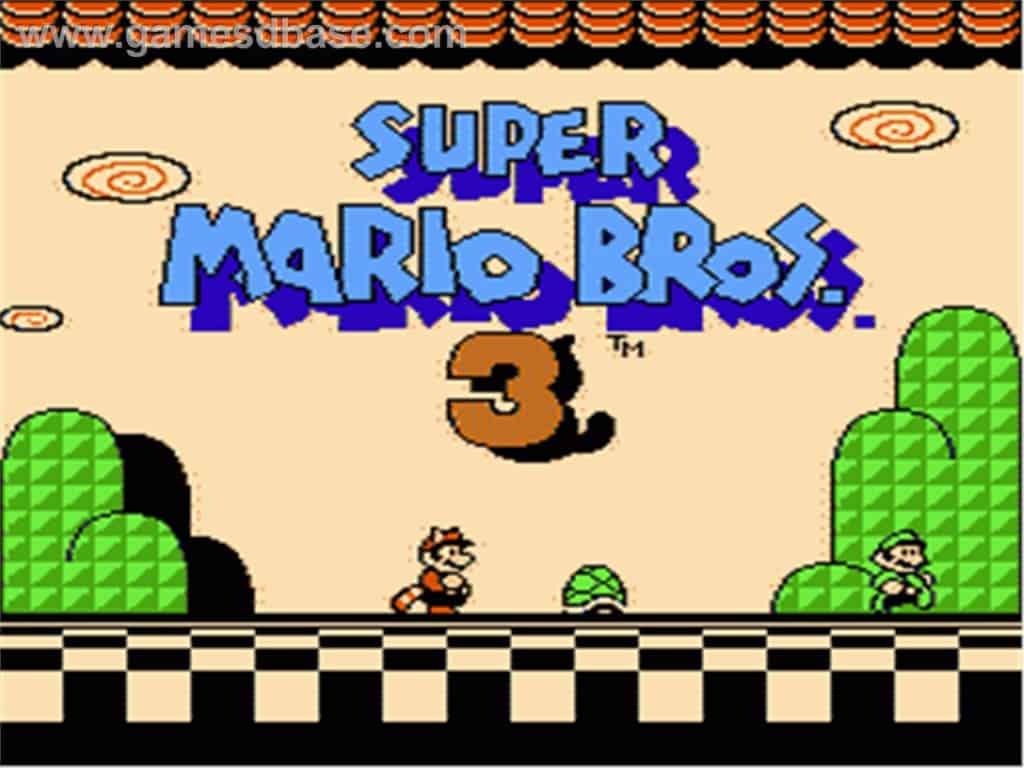 Mario has been on a lot of adventures over the years and has visited strange worlds or done almost impossible things. However, many of the games that he has featured in are not simply events that Mario found himself in. For example, Super Mario Bros. 2 is clearly a dream but you might not have realized that Super Mario Brothers 3 the events that take place are actually part of a stage show, as evidenced by the curtain raising and falling and the set that has clearly been fixed in place with screws. 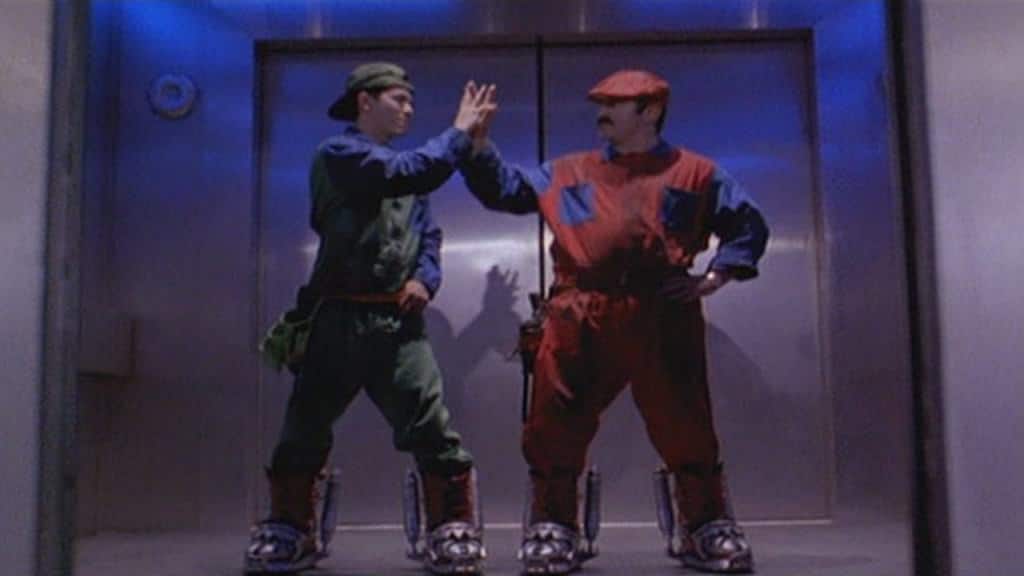 Films based on video games have garnered something of a bad reputation. For the most part, the reputation for these types of adaptations is completely deserved as there are very few successful or acclaimed examples. Despite the huge success of Mario in the video game world, that couldn’t translate to the movie industry and the failed Super Mario Bros. movie effectively began the trend of poor video game adaptations as it was the first to be based entirely on a video game.

Mario Is Not Always A Good Guy 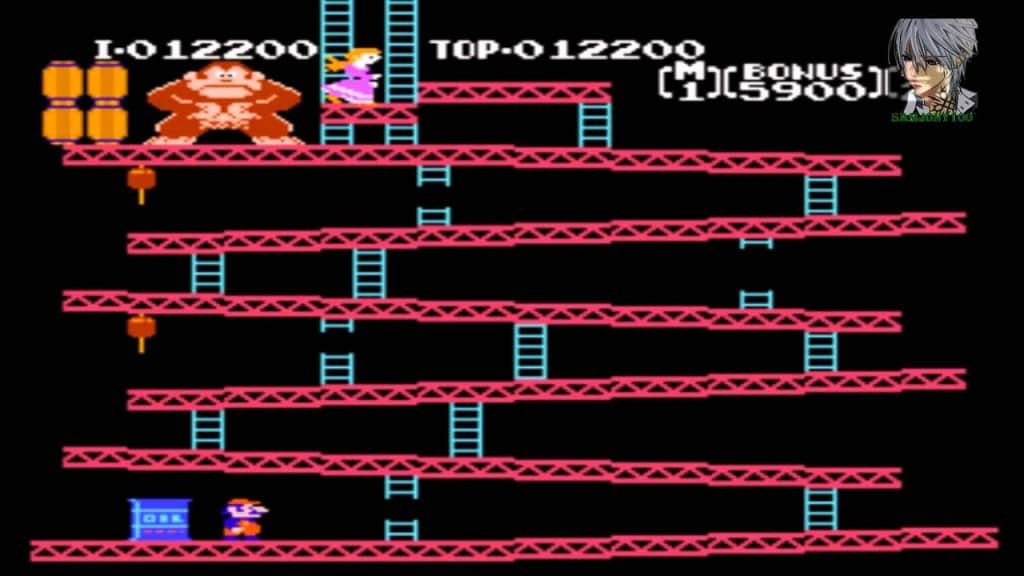 Although the protagonist in Donkey Kong is Jumpman and you generally play as the hero in video games, it turns out that the Mario may not be the good guy that everyone always assumes he is. It’s true that he has saved Princess Peach and the Mushroom Kingdom multiple times and that he is rescuing Pauline from Donkey Kong in the game, but it is also explained in the instruction manual for the game that the ape was Mario’s pet and he had been mistreated by his owner. Kidnapping Pauling was simply revenge on Mario for what he had done to his pet. 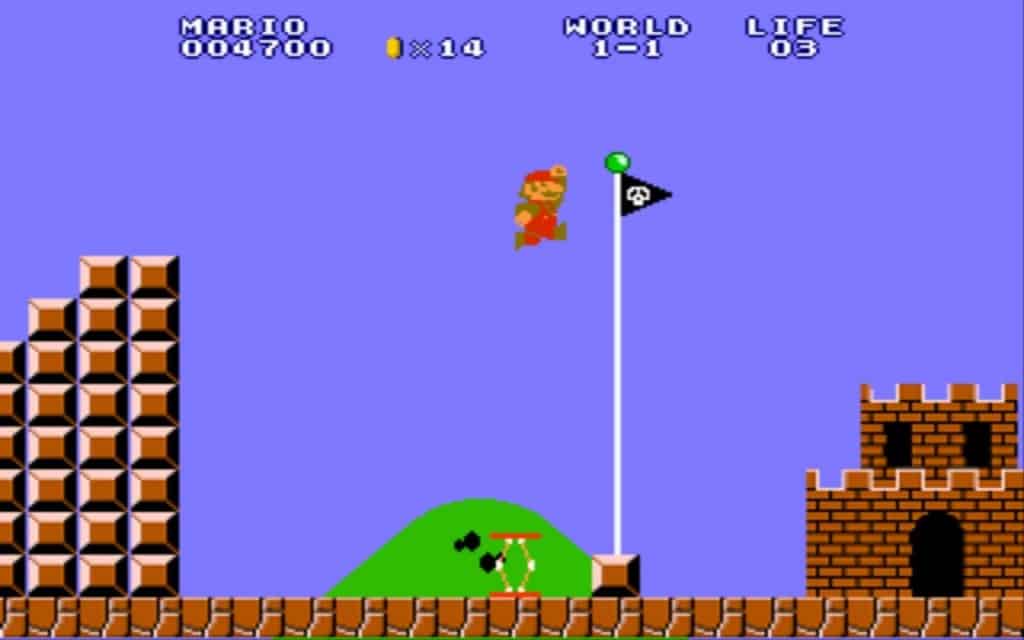 Almost everyone who has ever played a video game will recognize Mario. The trademark red and blue outfit, cap, and mustache give the Italian-American plumber a simple and iconic look that cannot be confused with any other character. Those designs tough were not chosen for their audience appeal or because the artist liked the way they looked. Instead, they were chosen as a way to get around technical limitations. The moustache effectively covered the area where the mouth would be, the overalls allowed the player to easily see Mario’s arms moving and the cap did away for the need to draw and animate the more complicated hair.