Star Wars Episode VII: The Force Awakens is scheduled for release on December 17, 2015. It is the first live-action Star Wars film to be released since 2005’s Revenge of the Sith, and will be the first in a series of films set after the events of 1983’s Return of the Jedi. Director J.J. Abrams has been secretive about the film, but Disney recently tantalized us with two short teaser trailers. They reveal a world as grimy and used as the one presented in the original trilogy, along with a few surprises.

There’s a lot of uncertainty about The Force Awakens. Will it be better than the poorly received prequel trilogy? Will it live up to the original films? Will Jar Jar Binks make his triumphant return to the silver screen? Only time will tell, but so far things are looking positive.

The first image we see in teaser #1 is that of John Boyega’s character, Finn. In the days following the teaser’s release, speculation abounded about Finn’s identity. Is he really a stormtrooper, or is he simply incognito à la Luke Skywalker in A New Hope? He does look a little short to be a stormtrooper, after all.

At the April 16th Force Awakens panel at Star Wars Celebration in Anaheim, Boyega seemed to confirm his character was indeed an enlisted stormtrooper, much to director J.J. Abrams’ dismay.

In a nod to the original trilogy, J.J. Abrams insisted on casting relatively unknown actors in leading rolls. Before being cast as Rey, Daisy Ridley was mostly known for playing small parts on British television shows.

R2-D2 is a tough act to follow. For years, the adorable little astrodroid has won the hearts of audiences with his well-timed beeps and boops. So far, newcomer BB-8 is looking promising.

“It’s not CGI, that’s a live prop.” Said Mark Hamill, who is returning to play Luke Skywalker. “I was just amazed. They let me play around with it. I was running it all around at the creature shop up in Pinewood. I’m telling you, it’s an absolute delight.”

In one of the most mysterious stills released so far, a stormtrooper with metallic armor and a flowing cape walks down the corridor of an imperial spacecraft.

The new villain is played by Adam Driver and described as rivaling Darth Vader in presence and intimindation. We have a bad feeling about this.

Some fans were miffed at the crossbeam design of Kylo Ren’s lightsaber. We say it’s about time – that hilt might significantly reduce incidents of severed hands.

The death of Emperor Palpatine and Darth Vader apparently wasn’t the end of The Empire. A remnant of imperial soldiers still roam the galaxy, and they appear to be the main antagonists of the new film.

Finn seems to be looking at something important. We probably won’t know what that something is until The Force Awakens hits theaters.

Rey’s bulky speeder is reminscent of the technology seen in the original trilogy. 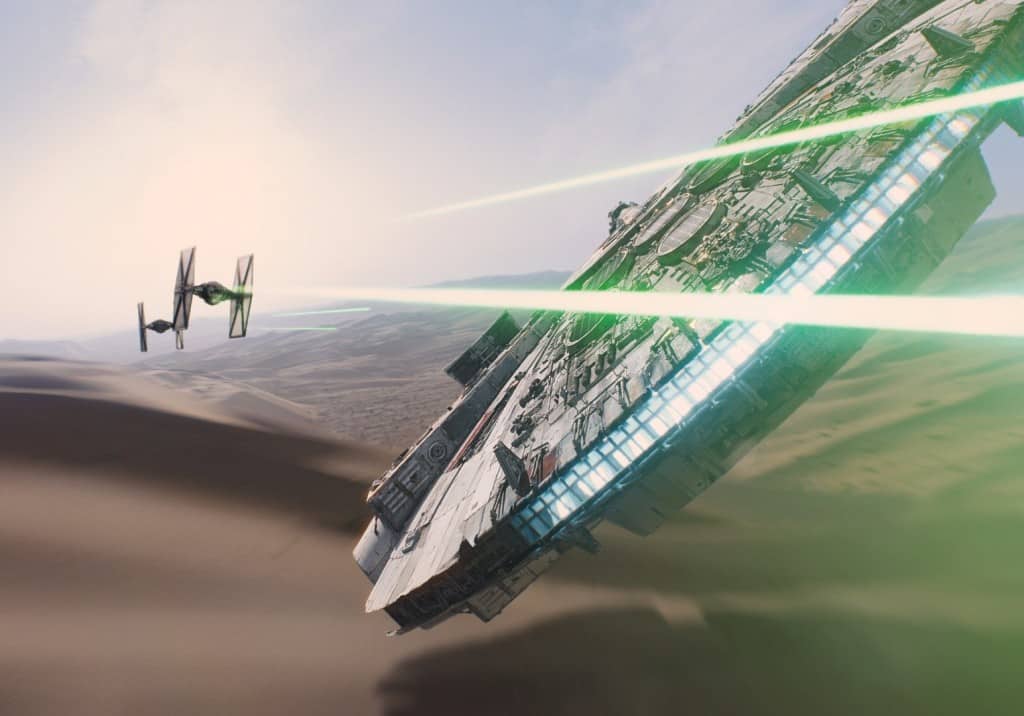 In one of the most thrilling scenes released so far, the Millennium Falcon makes its triumphant return to the screen squaring off against two TIE fighters. No word yet on whether or not it can still make the Kessel Run in less than 12 parsecs.

Chase Through a Downed Star Destroyer

For the first time, we see a long out-of-commission Star Destroyer up close.

The Force Awakens utilizes painstakingly crafted models and miniatures to remain consistent with the special effects of the original trilogy.

J.J. Abrams wants The Force Awakens to feel more like an authentic Star Wars film than the prequel trilogy did, but that doesn’t mean he won’t introduce some new design elements. Notice the boxy-looking ships surrounding this massive Imperial Star Destroyer.

So far, the teasers haven’t shown much lightsaber action. Is Abrams toning it down to further distance his series from the prequel films?

We’ve seen a lot of new faces so far, but how about some familar ones?

Han Solo and Chewbacca Are Home

The Remains of Darth Vader’s Helmet 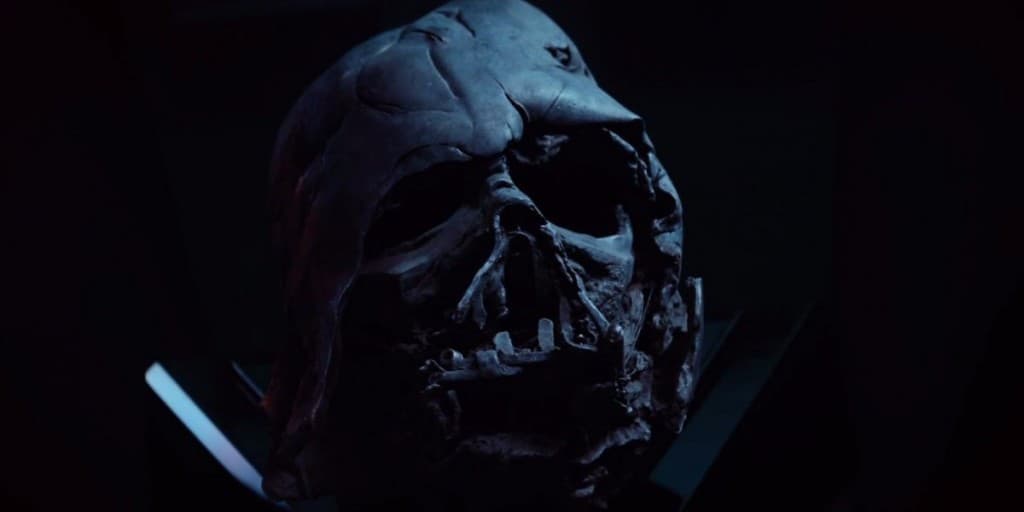 Although some fans speculated Darth Vader would return, J.J. Abrams confirmed both he and Emperor Palpatine are long dead. It looks like Luke Skywalker only kept Vader’s helmet as a momento. Who knew he was so sentimental?