There are more animals than people in many locations around the world. From wallabies to crabs, there are plenty of places that have an animal pest population. Not all pests are vermin — horses, pigs, cats, and cows even make this list! There are beaches where you can find horses, pigs, and cows lounging among the tourists. Even chickens run wild on a Hawaiian beach in Kaua’i. The Roman Colosseum is not exempt from a pet population either; cats are in abundance here. These unlikely wild animals are located around the world. 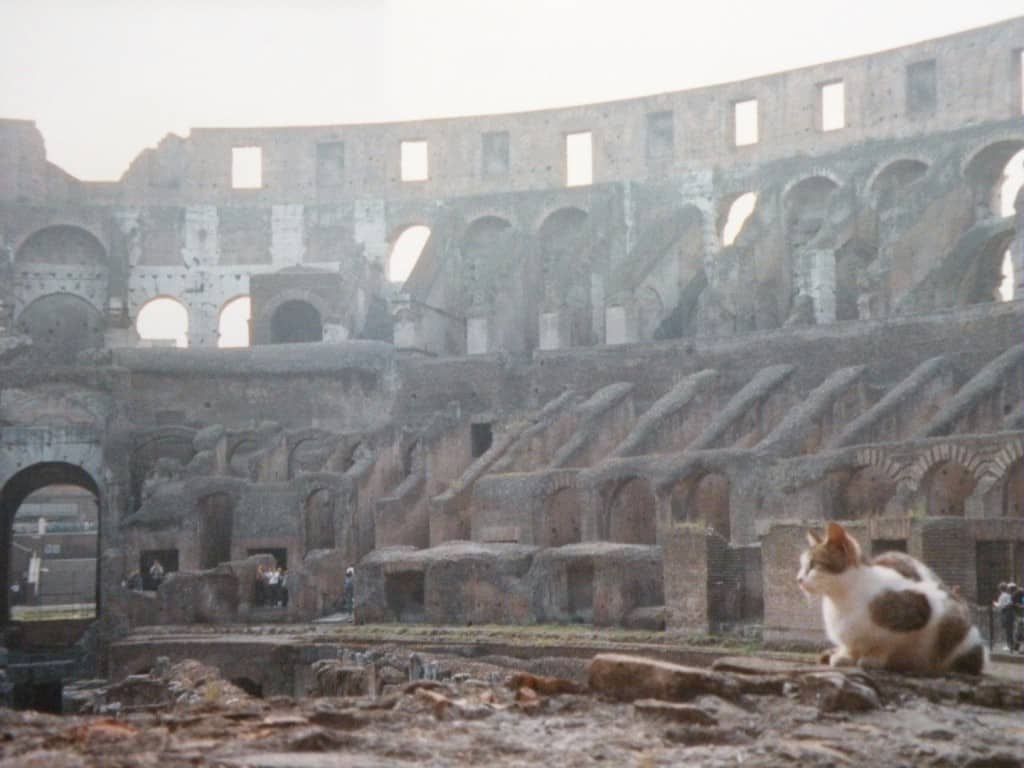 Instead of being home of the Roman Gladiators these days, the Roman Colosseum is home of many feral cats. Cats roam freely in the city of Rome.

Local law in the city of Rome states that a group of five or more cats is a protected colony. There is an estimated population of more than 120,000 cats living in the city. The mouse and pigeon population are controlled by the cat population, and humans have a tendency to feed the stray cats.

Chickens Are Everywhere on Kaua’i Island 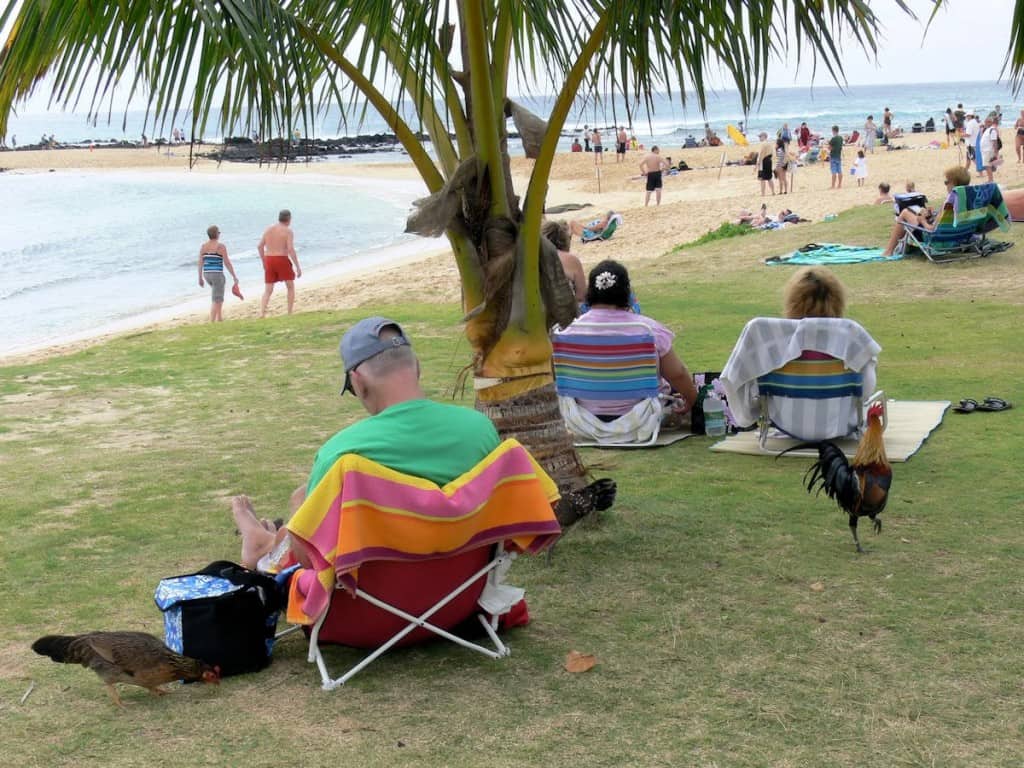 Kaua’i Island is one of the most beautiful tropical destinations, but it has a major pest problem. This pest is ordinarily a useful farm animal, but the feral chicken population is out of control on the Hawaiian island of Kaua’i. 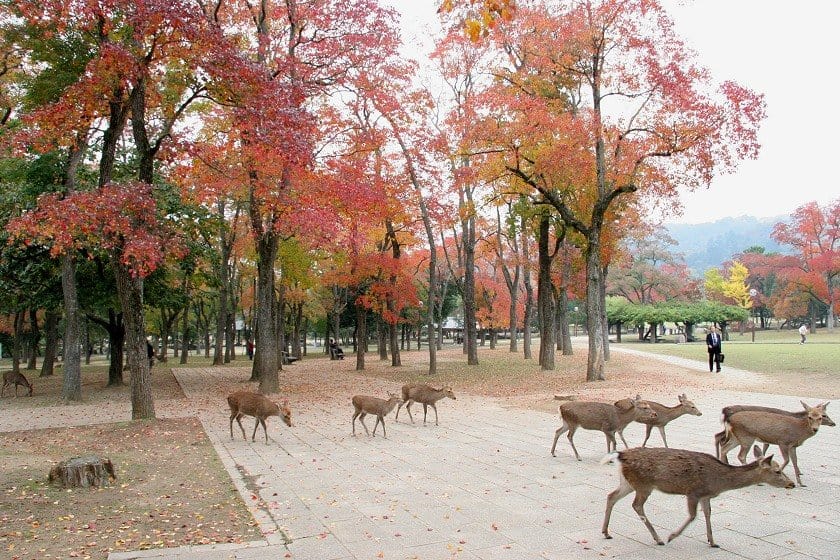 It might surprise you to find out that Nara, Japan has a huge deer population. The deer are wild, yet they are unafraid of people because in Nara Park, people purchase deer biscuits to feed the deer. Some deer have learned tricks, such as bowing to those who feed them.

These deer are often seen wandering through the city. It is illegal to harm them because they are known as the guards of the city. 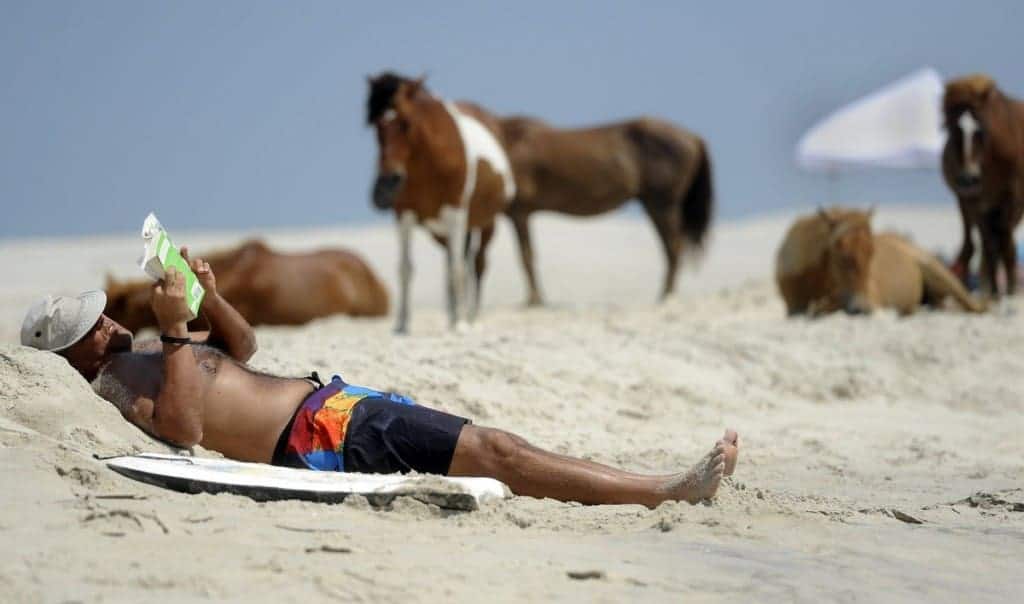 Assateague Island has everything you need for a great vacation on the beach: an ocean and white sugary sand. They also have a huge untamed horse population.

Assateague Island’s horses are known by two names. In Maryland, they are the Assateague horses. In Virginia, one of these beautiful animals is known as a Chincoteague Pony. 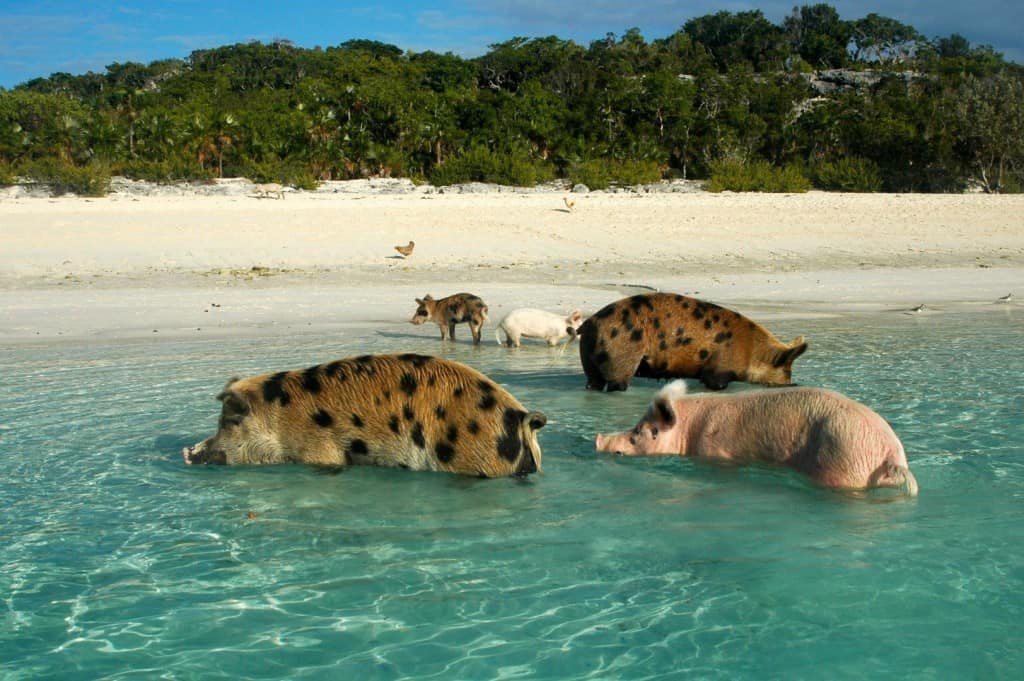 A beautiful island in the Bahamas is known as Big Major Cay. It is uninhabited by people, but tourists frequent the area to see the animals that make the island their home. There is a significant pig population.

Speculation abounds about the origin of the pig population. No one knows for sure if they were put there as a tourism ploy or if they survived a shipwreck. Either way, you will love sharing the beach with the piglets. 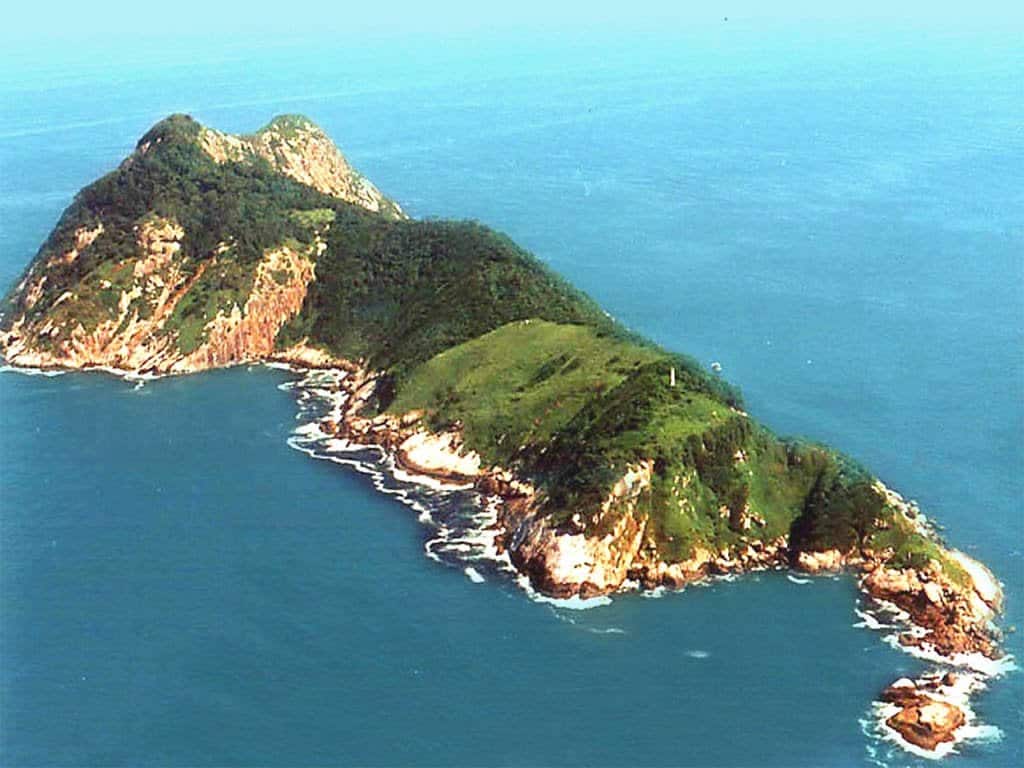 If you have a fear of snakes, it would probably be best to avoid the island of Ilha de Queimada Grande. It is located not far from the city of Sao Paolo, Brazil. The island is uninhabited by people and overrun by vipers.

Snake smugglers travel to this location to retrieve the valuable venom. This island is off limits to the public because the government has made it illegal to travel there due to the high number of deaths caused by the viper bites. 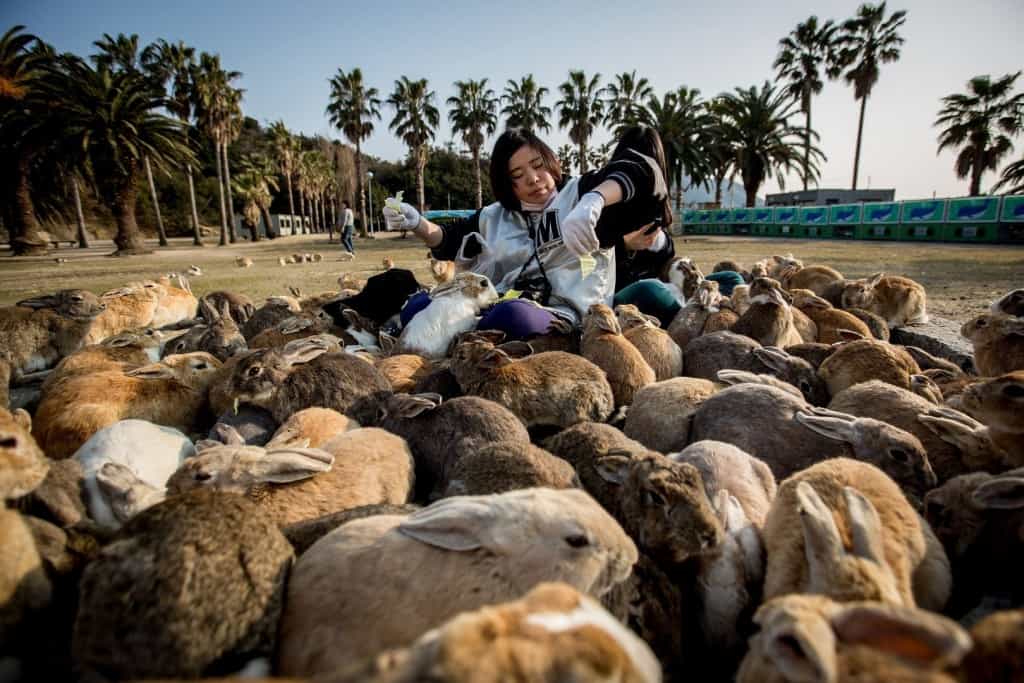 You might be on Okunoshima Island, also known as Rabbit Island, if you are on a beach surrounded by rabbits.

The uninhabited island was originally used as a location to test the military’s poison gas weaponry for use during World War II. The Japanese Army used rabbits to test the effects of poison gas. It is highly unlikely that these present day rabbits are descendants of the test bunny population. It is more plausible that children set their pet rabbits free while visiting the island. 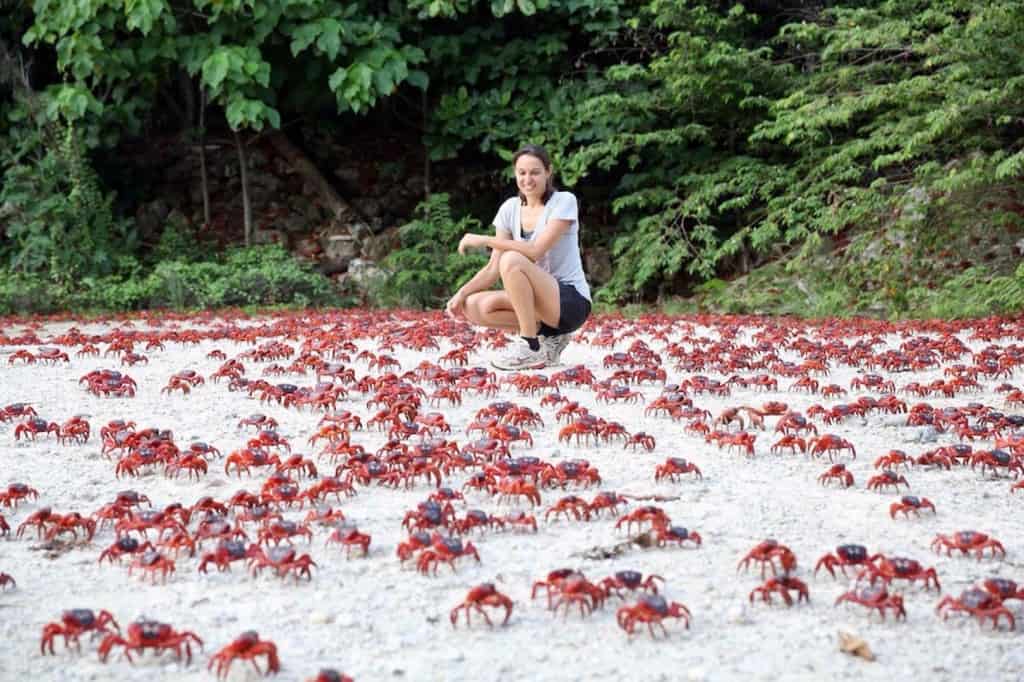 If you are expecting to spend time on the beach without crabs, you won’t want to visit Christmas Island. During breeding season, there are over 100 million crabs inhabiting Christmas Island! They are not only found on the beach. They are out on the streets and highways and can cause accidents and punctured tires. 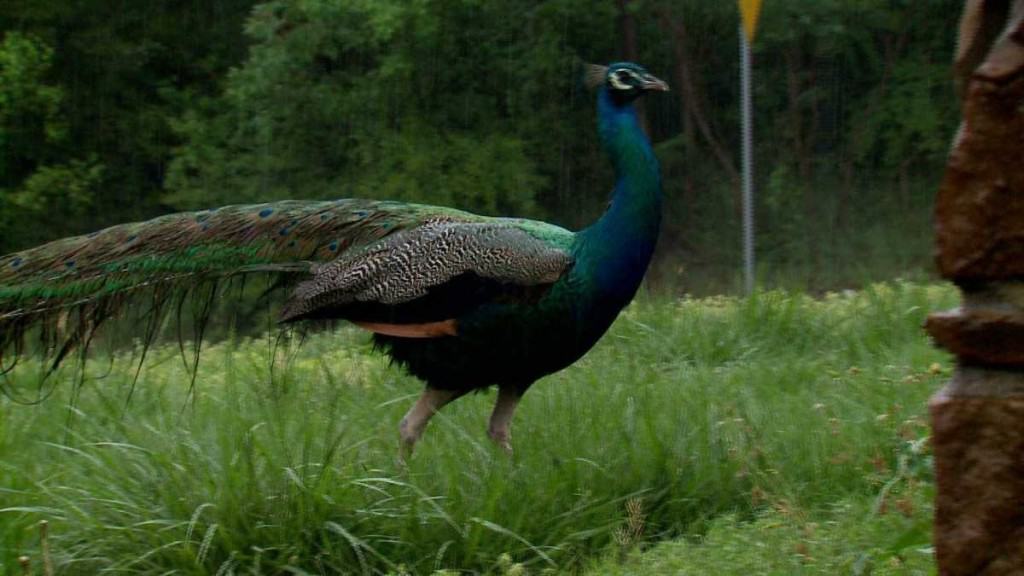 California’s Palos Verde Peninsula is a great location, but it is plagued by peacocks! There are more than 1,000 of the beautiful creatures in the Rolling Hills Estates neighborhood. A former resident brought the original flock with him from India, and the population has exploded over the years.

In response to the cruelty to the birds, the sheriff’s department fines offenders $200,000 for harming the peacocks. 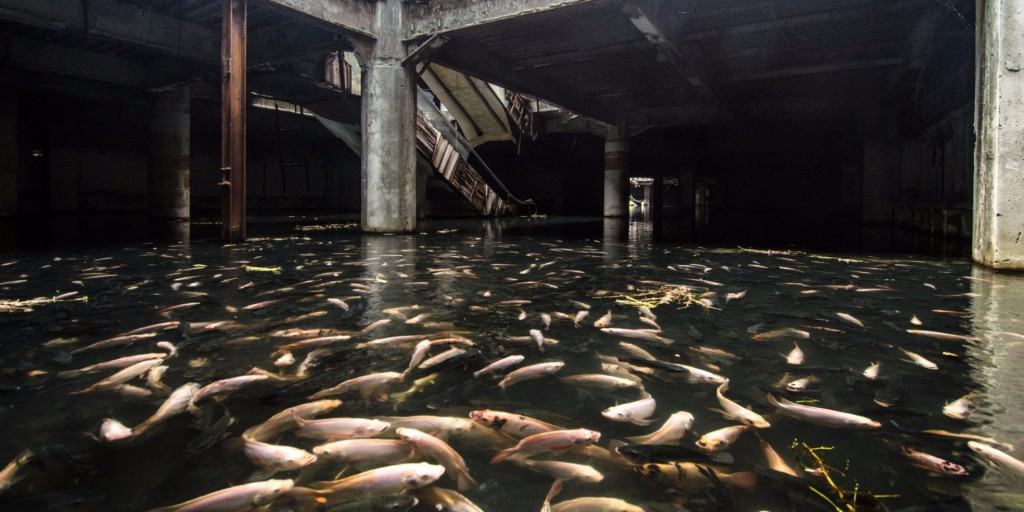 After the New World Mall was abandoned due to building code regulations and a fire, the mall began collecting rain water. It was a breeding ground for mosquitoes. Fish were released into the building to combat the mosquitoes. The fish population has greatly increased over the years. There are an estimated 3,000 fish swimming in the mall! 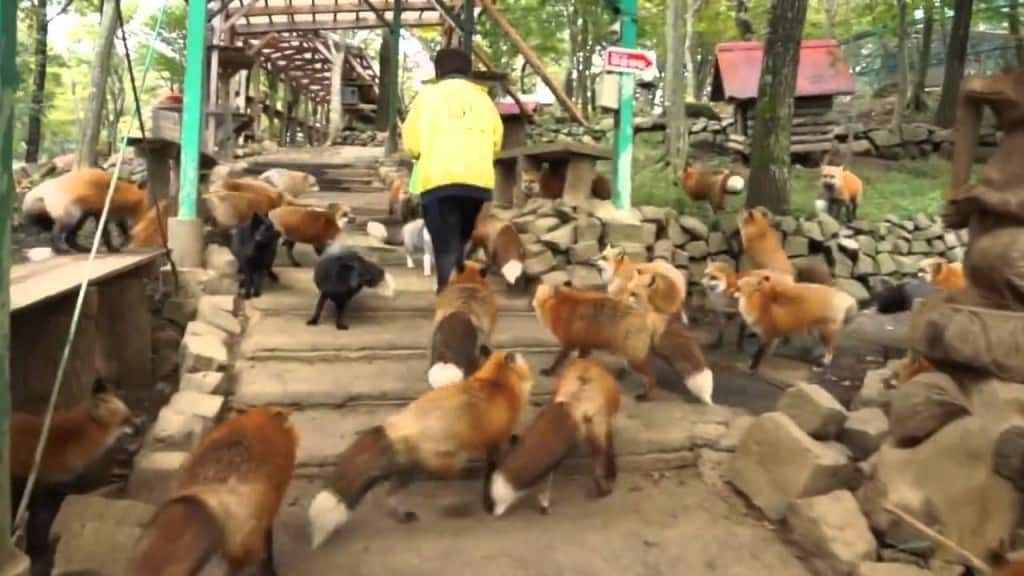 If you are looking for a village of foxes, look no further than Zao Kitsune Mura! Japanese people hold foxes in high regard, and the fox is a protected animal. The Zao Kitsune Mura was opened as a sanctuary for animals. The foxes are used to being fed by people and are very friendly. 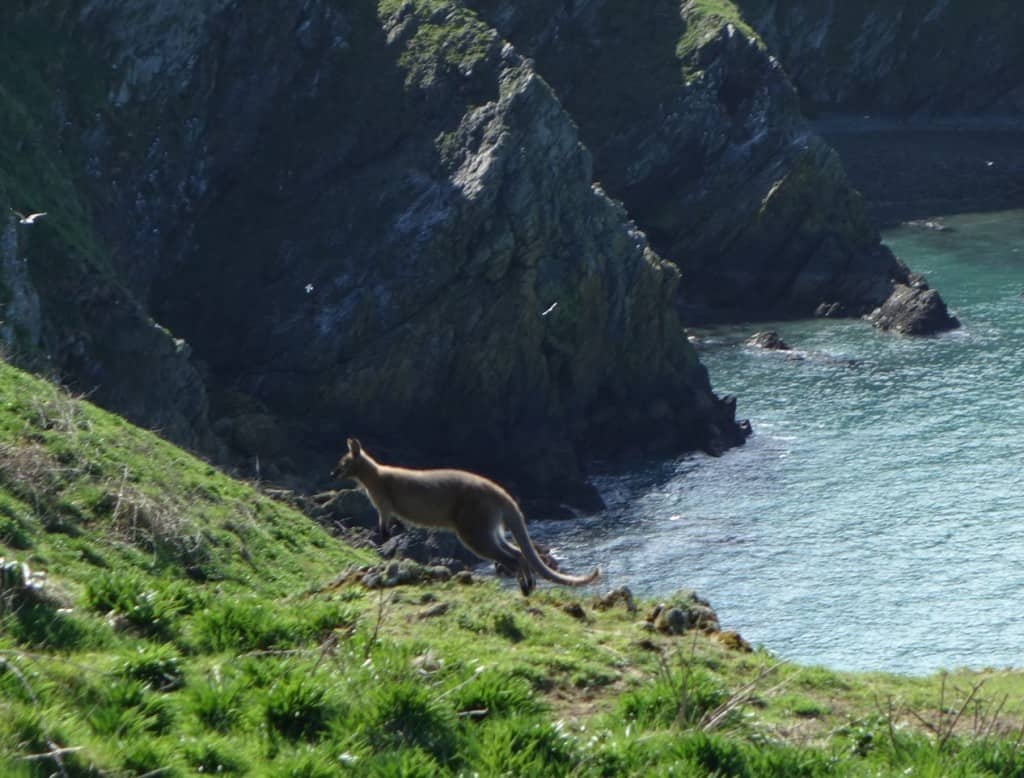 Wallabies are usually at home in Australia, but there is an Irish location that is teeming with wallabies. Lambay Island became home of the wallaby when the Barings family raised exotic animals. Seven of the wallabies from the Dublin Zoo were released here during the 1980’s because they had a population explosion at the zoo. 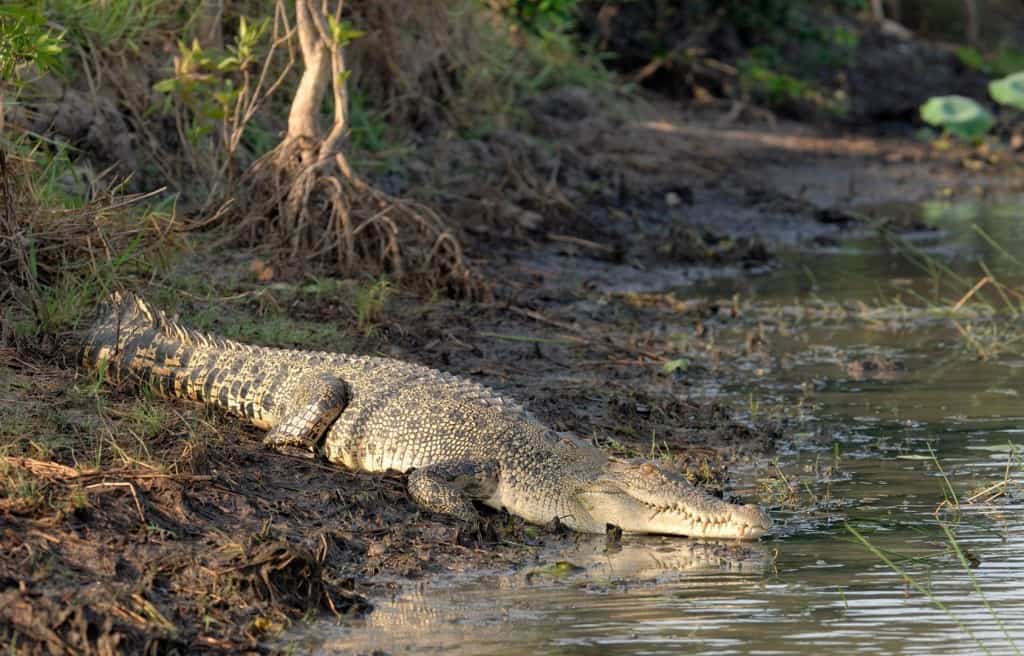 Crocodiles that are up to 20 feet long live in the swamps on Ramree Island. It is the site of the most massive and vicious crocodile attack in history. Approximately 980 Japanese soldiers were attacked and killed by the Ramree Island crocodiles when they were trying to escape from the Allied Troops. 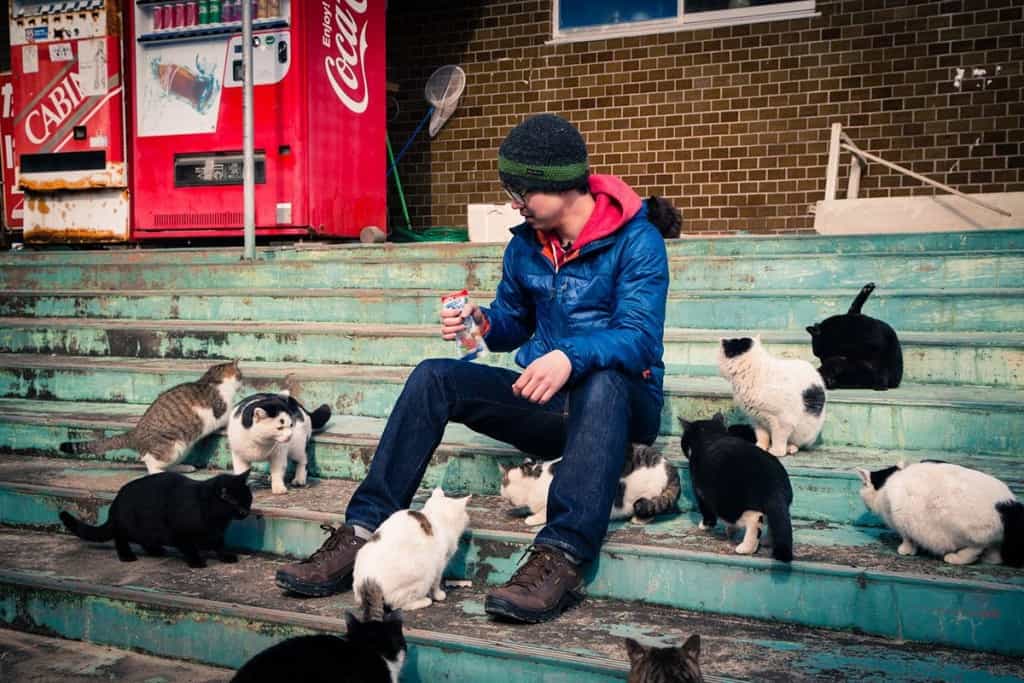 Cat lovers will definitely want to visit Cat Island, as Tashirojima Island is known. These cats have a purpose. They were to protect the silk worms from the mouse population. There have been many more cats than people for decades. There are approximately 100 human residents living on Cat Island. To protect the cats, there are no dogs allowed on Cat Island. 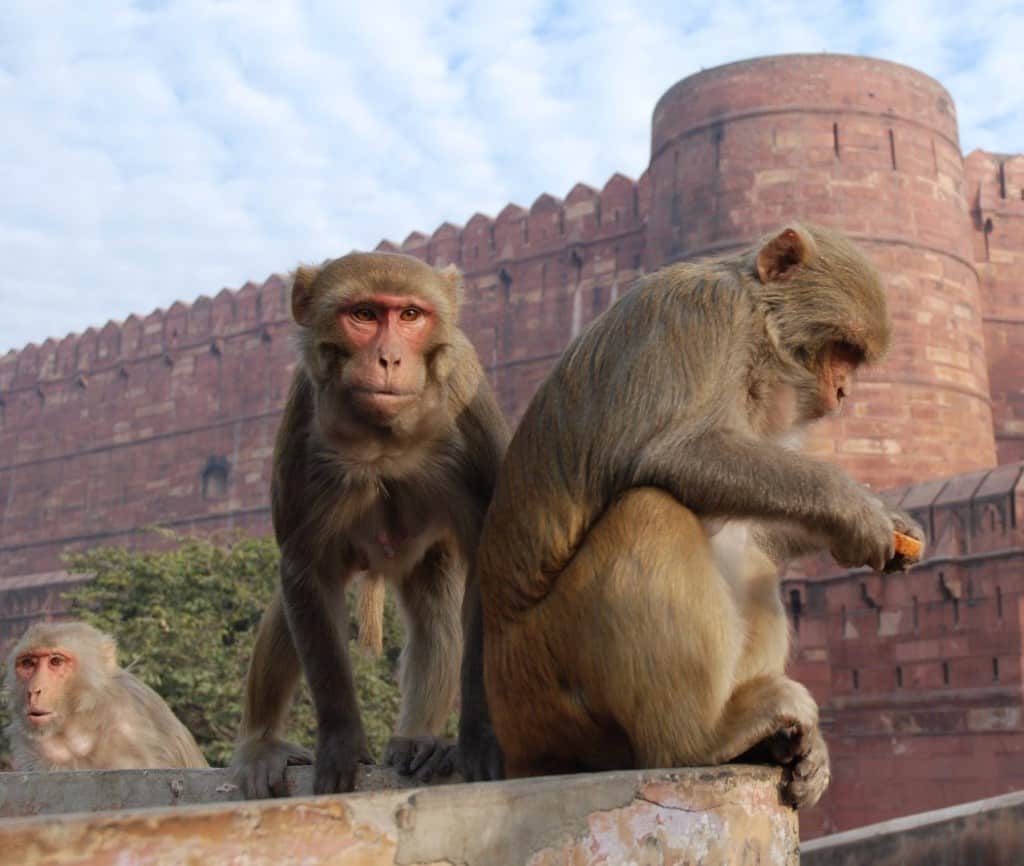 Macaque monkeys in New Delhi are very smart and civilized. They often use public transportation to get from one part of the city to the other while looking for food. They have been known to attack people for food. They destroy property, gardens, and parks. 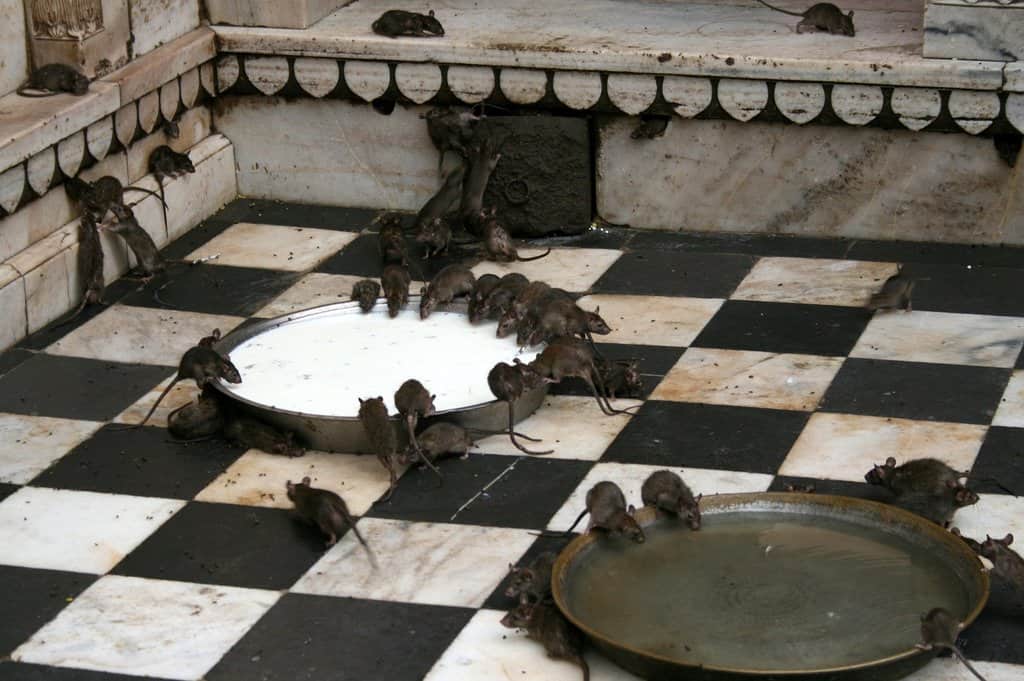 Rats are worshiped in Deshnoke, India. The rat population grows with the blessing of the people. Karni Mata Temple is located here, and it is positively packed with rats!

Polar Bear Capital Of The World 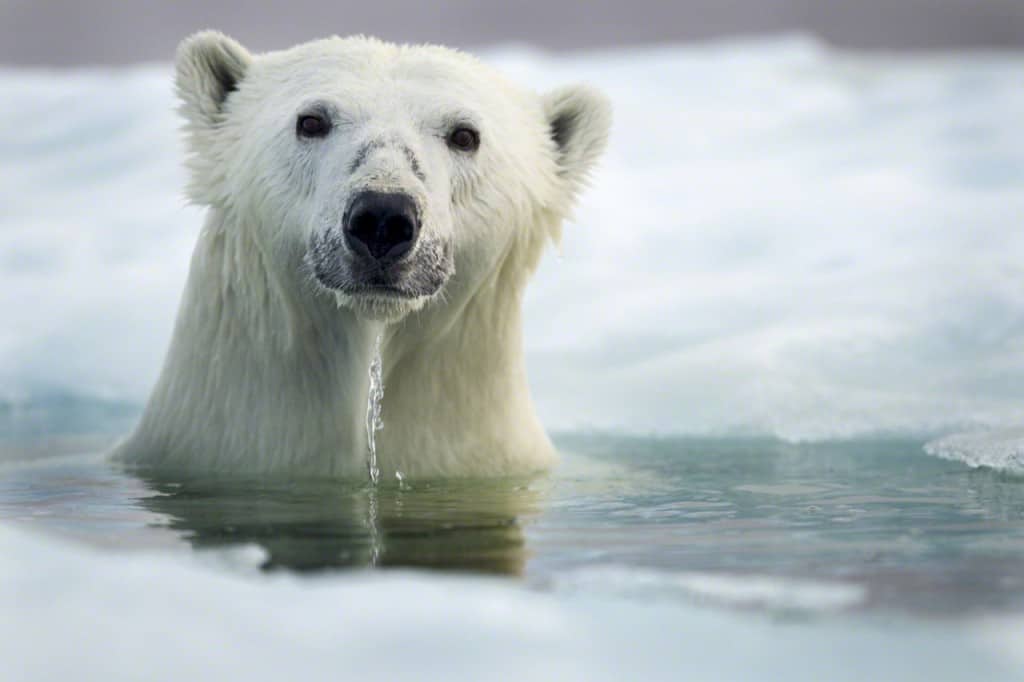 Polar Bears are cute in commercials and at a distance, but you will find yourself with a close-up Polar Bear encounter in Churchill, Manitoba, Canada.

Tour guides take you on excursions to see the polar bears in a safe environment. 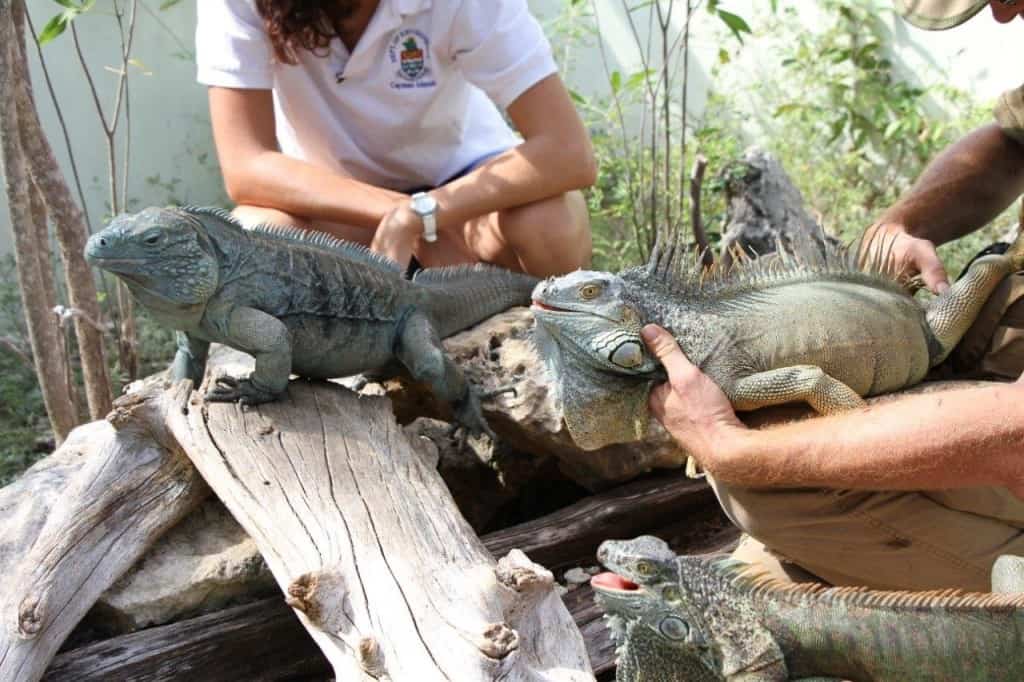 There are numerous green iguanas living on Grand Cayman Island. If you are visiting there, don’t be surprised if one comes visiting you! There are no natural predators for this animal, so the population continues to grow out of control. 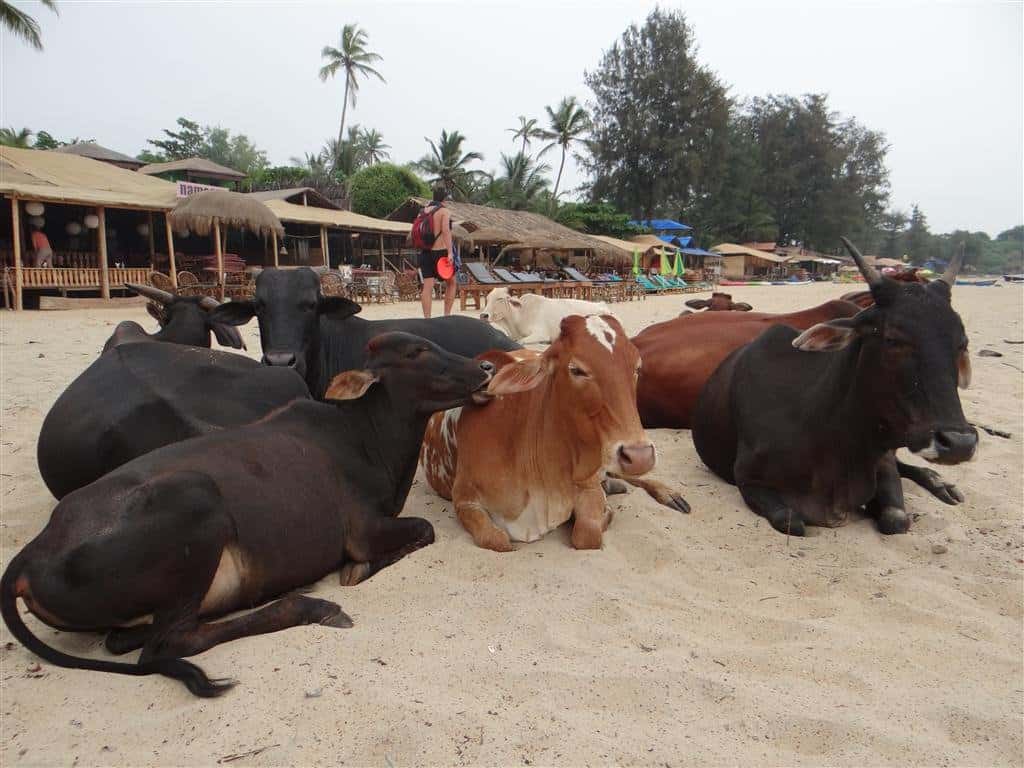 Cows are sacred in India. You will often find them lounging on the beach. Anjuna beach is known as “Cow Beach”. The animals are not afraid of tourists, and they will gladly pose for pictures. 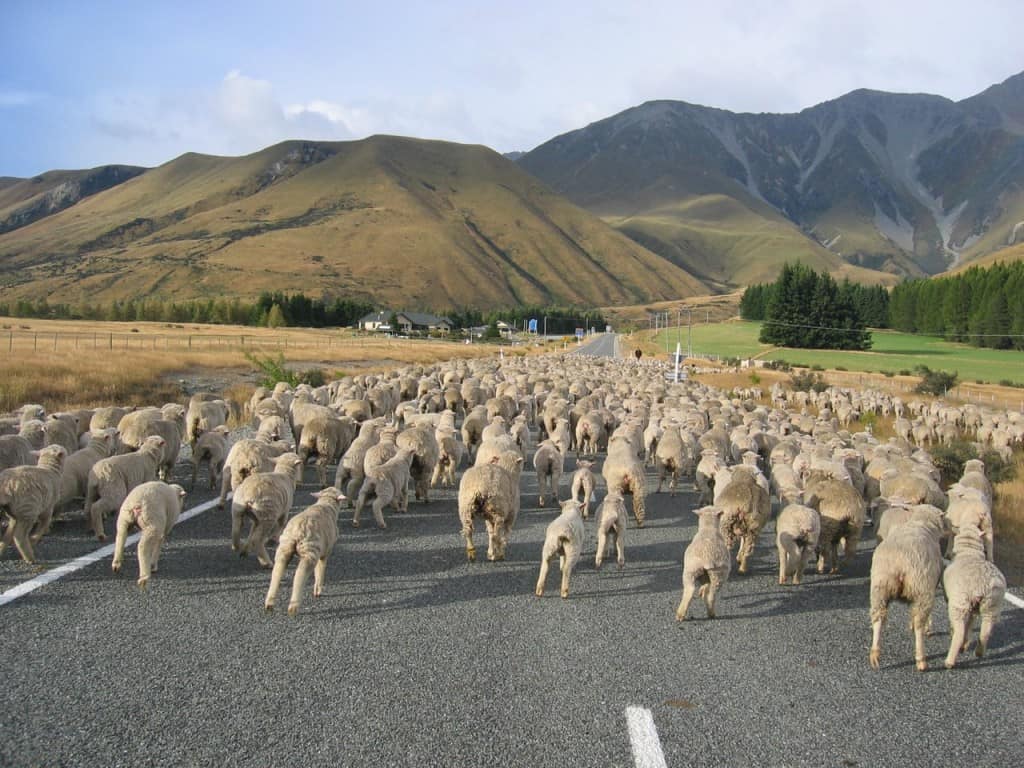 If you are in New Zealand, you are likely to see sheep crossing the roadway. There are at least 30 million sheep and only 4.4 million people. Captain Cook introduced the sheep population to the area.