20 People Having A Worse Day Than You

Someone Needs To Learn Math 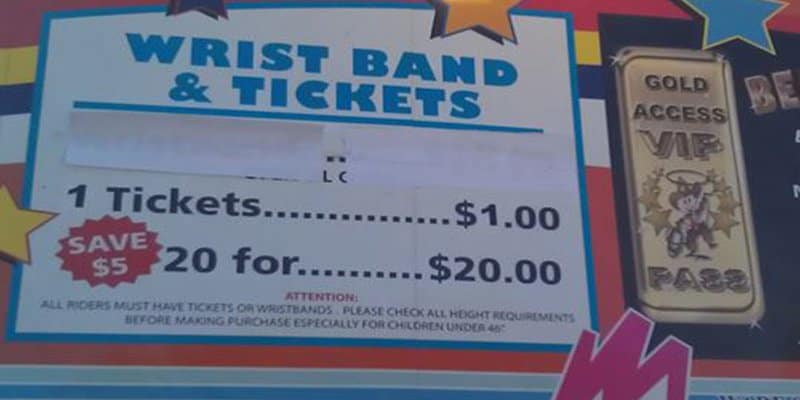 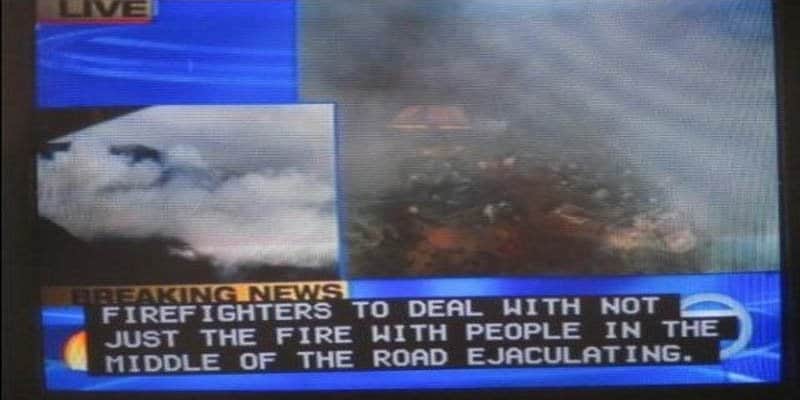 The program that generates the captions for this newscast need to be fixed. It’s doubtful that anyone on this breaking news story said anything about “ejaculating”. Even if they did, we doubt it’d be useful for putting out a fire.

Who Is Having The Worse Day? 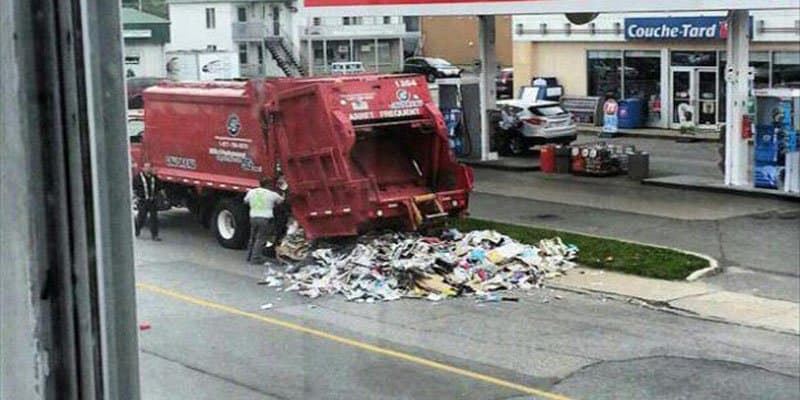 Who has it worse? The garbage collectors that will have to clean this mess up or the people at the nearby gas station that have to smell it for the rest of the day?

Even The President Of The United States Isn’t Immune 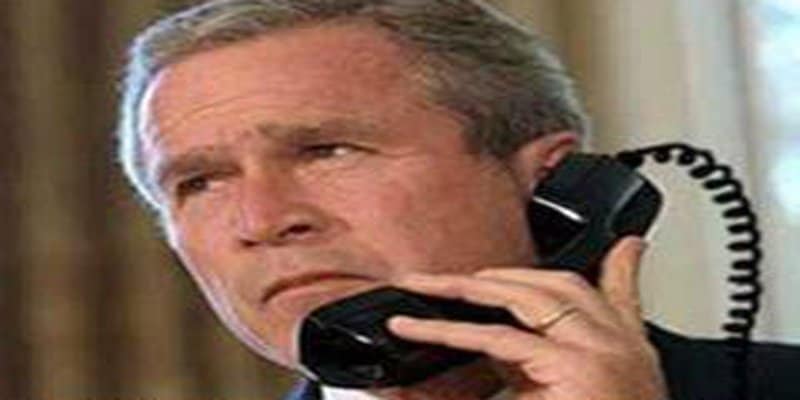 Even former President George W. Bush has bad days. This settles it. Everyone makes stupid mistakes.

Hope No One Was In There 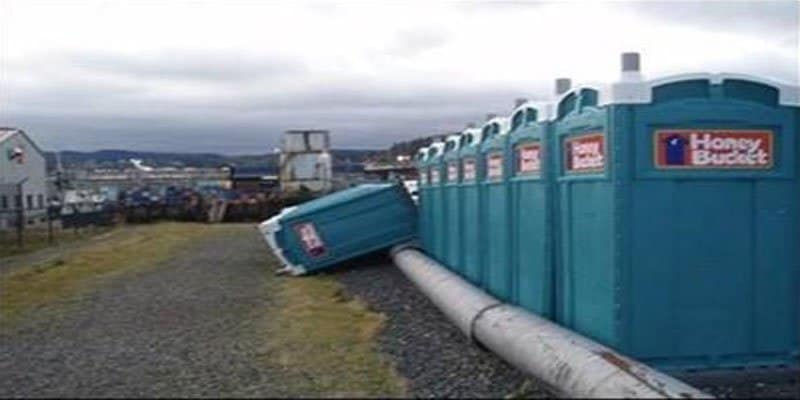 A turned over porta-potty. I hope no one was in it when it fell. Now, that would be a bad day!

I Hope This Was Staged 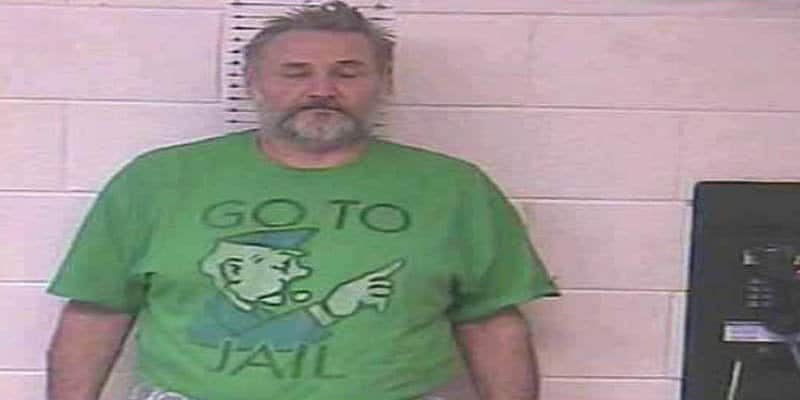 It doesn’t look staged. This gentleman has the standard rough look and messed up hair that you’d expect in a mug shot. This can’t be the actual mug shot picture, but if you were working the station, wouldn’t you have snapped a picture too? The irony is just too delicious.

How Does This Even Happen? 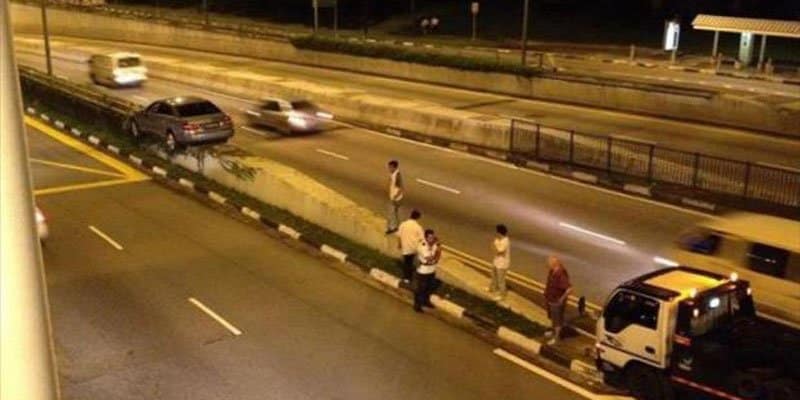 How can a car get stuck like that? Better question: how do you get a car like that unstuck?

There Must Be A Story Here Somewhere 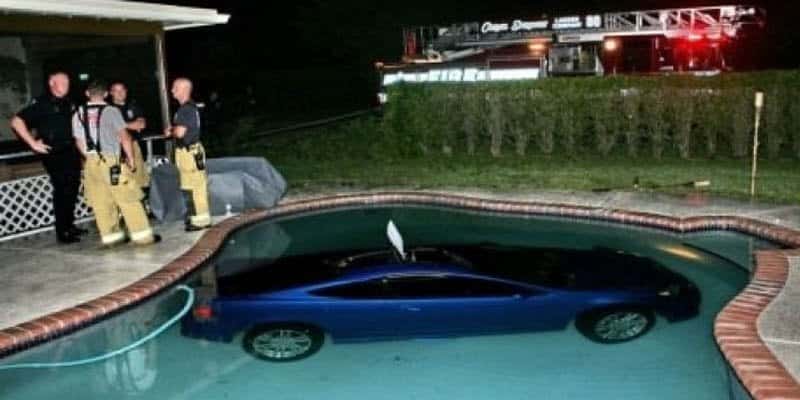 This car got stuck in a pool somehow. How it got there? No one knows. 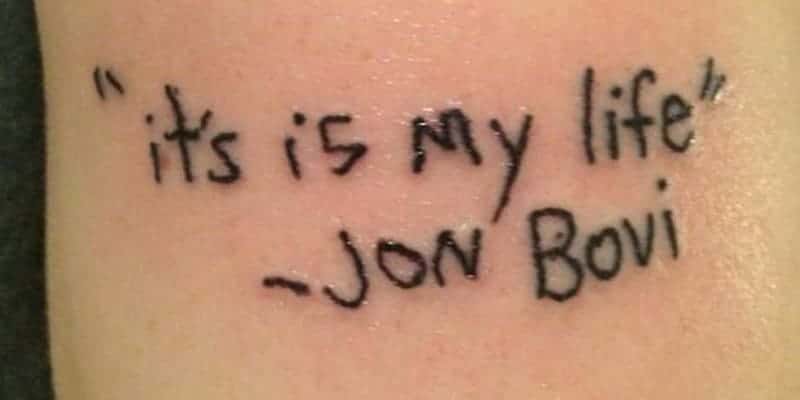 This tattoo sure looks permanent. The skin around the letters is all red and swollen like you’d expect from a real tattoo. Whoever got this will at least have a funny story to tell when they are 80-years-old.

He Was Just Trying To Jump The Fence. 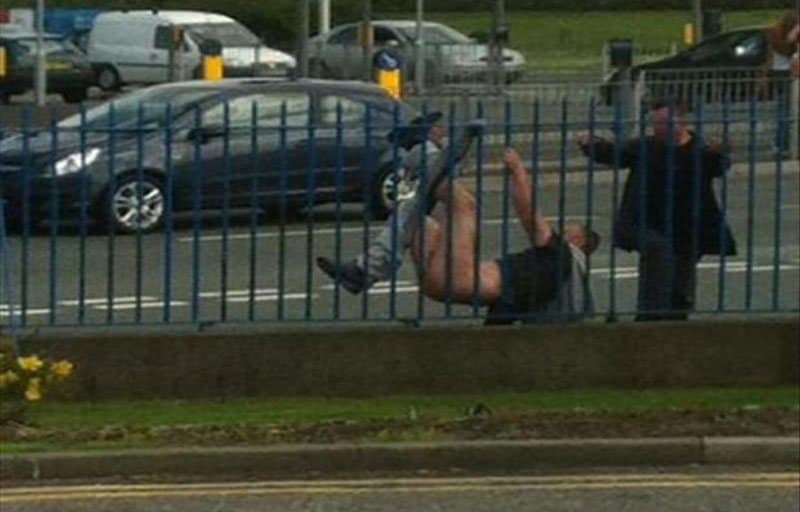 We’ve all been there. You want to jaywalk across the street, but there is some barrier there. No problem, just climb over it, right? That reasoning led to the most embarrassing day of this man’s life.

Note Where The Latch To The Fuel Tank Is Located 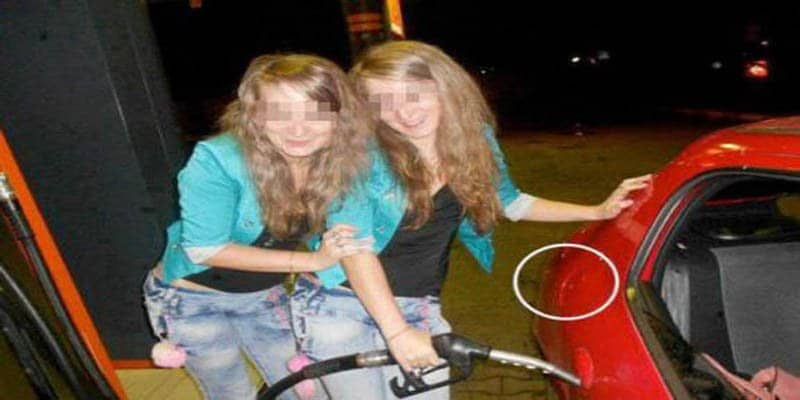 It would suck to get gas all over the side of your car. Hopefully, she isn’t pressing the handle to pump the gas. It seems as if she may be too busy posing for her picture to press the handle or care where the latch is located.

And You Think You’ve Had A Bad Day 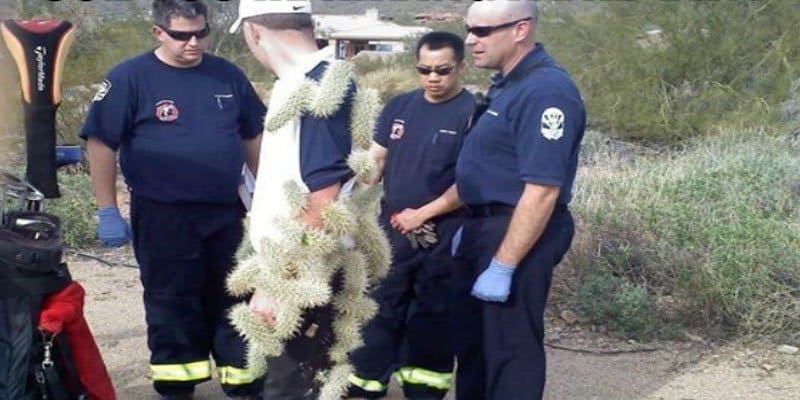 There must be a story here, too. And not all of the cactus is attached to this guy’s clothes. He has plenty on his skin, too. Notice the EMTs in the background. How they are going to get him into the ambulance? 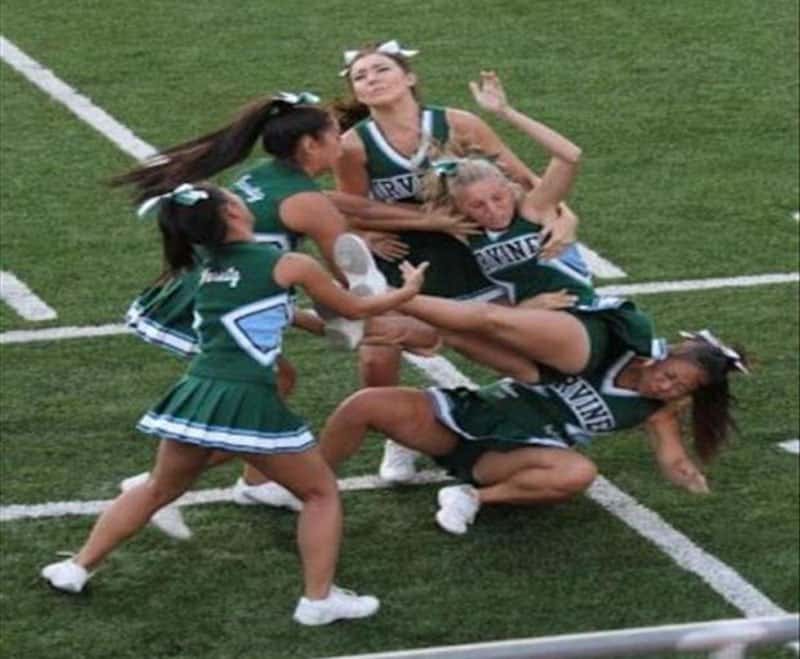 Perfect timing! For the photographer, that is! To catch such a great pic of a accident in progress takes skill.

Run For Your Life! 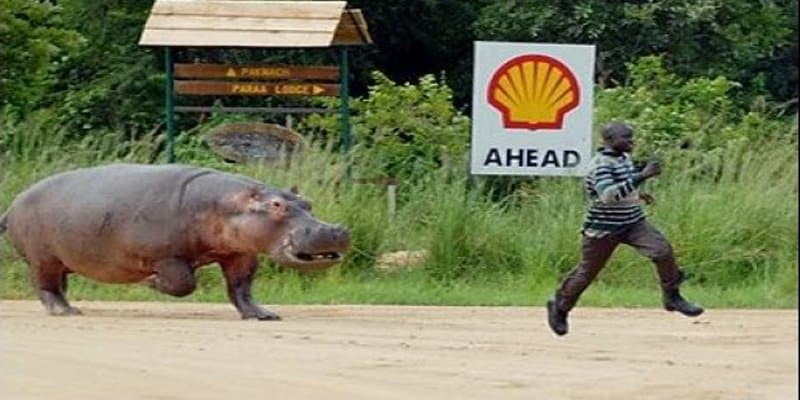 They look all cuddly. You’ve heard the song, “I Want a Hippopotamus for Christmas.” Some people collect hippo stuffed animals. No one realizes how dangerous these animals can be when angry.

These Instructions Could Be More Concise 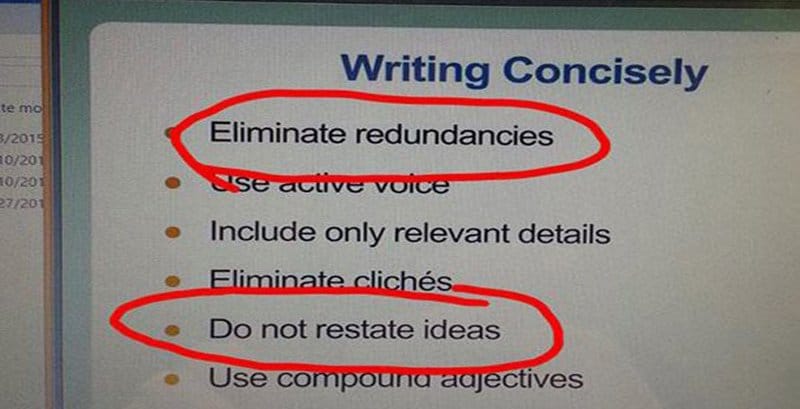 It’s always funny when someone makes the exact mistake they are warning against. Always edit when you write a set of instructions for writing. 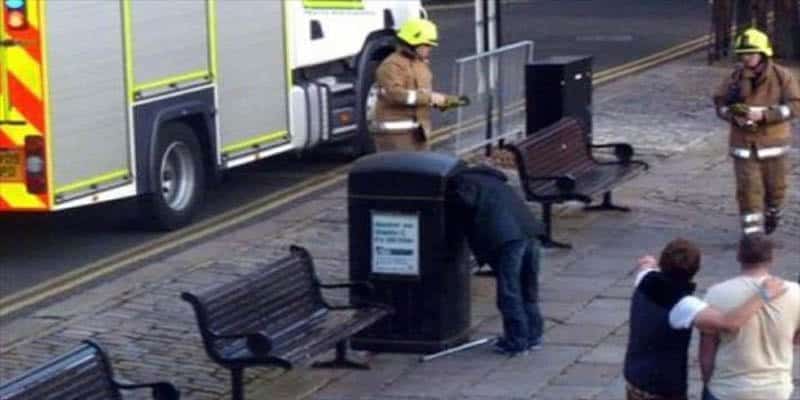 It seems as if this guy may have put something he shouldn’t have in the trash can. He probably wanted to get a closer look, however he never thought he’d get in this predicament.

The Bakery Took The Order Too Literally 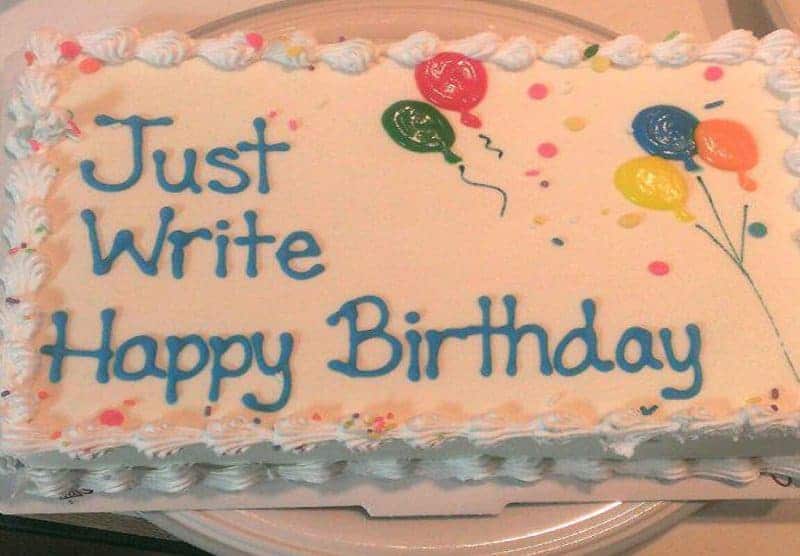 He told the baker to “Just write ‘Happy Birthday’.” The baker thought he meant that was the whole sentence he wanted to write. Talk about a miscommunication!

Did Someone Forget The Lids? 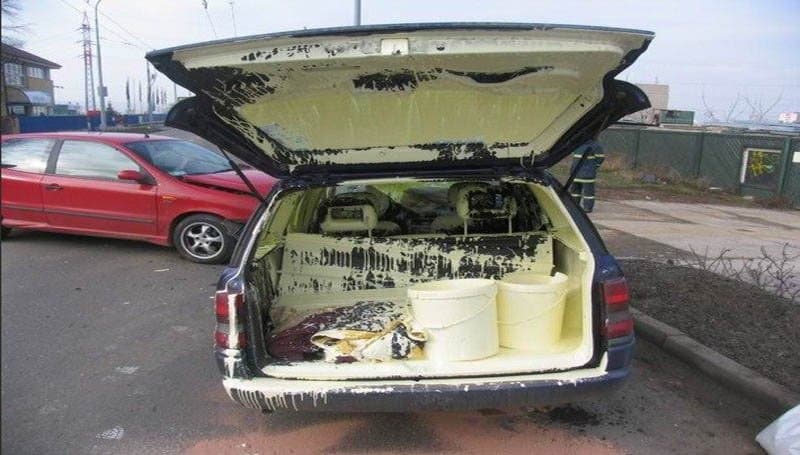 She just wanted to paint her rooms an off-white. She didn’t intend to use that color for the inside of her car as well.

This Made It To Print 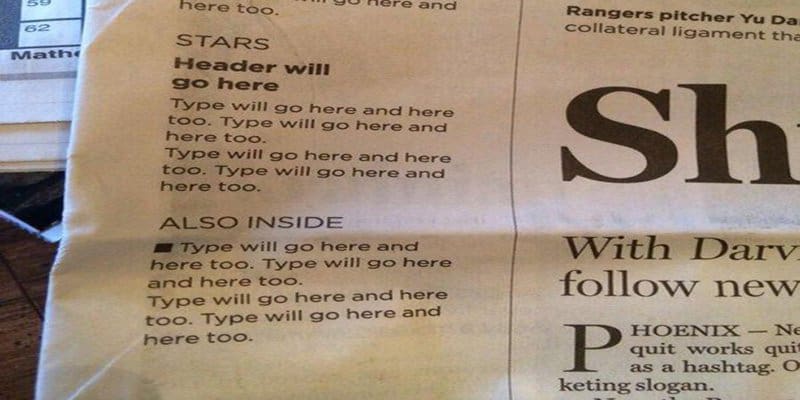 How did all of the editors miss this? Someone forgot part of their job for this to make it to the readers.

The Most Expensive Cake You’ll Ever Buy 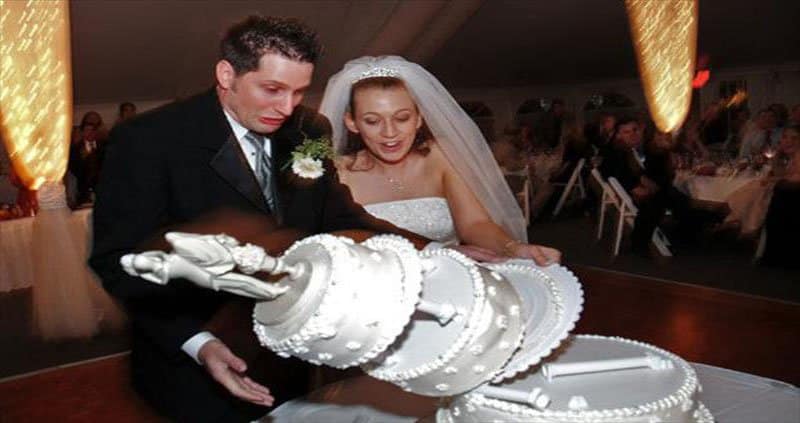 Wedding cakes aren’t cheap; nothing about weddings are cheap. You can be sure this groom’s tuxedo or this bride’s dress weren’t cheap either, and now they are both going to be covered with a falling cake. At least this will be a photo to share with the grandkids.