20 Of The Worst Fast Food Items Ever Sold

Everyone loves to stop and grab a burger and milkshake on occasion, but there are some items available at fast food restaurants that everybody should just simply avoid. These foods are either far too unhealthy, far too disgusting, or just downright not worth your time whatsoever. Sure, McDonald’s, Burger King, Subway, and even Starbucks can be incredibly bad for you if you eat it in excess. Occasionally probably won’t hurt, but just don’t overdo it. Watching your calories and what is contained within that burger you’re eating is going to be a safe step to take beforehand. 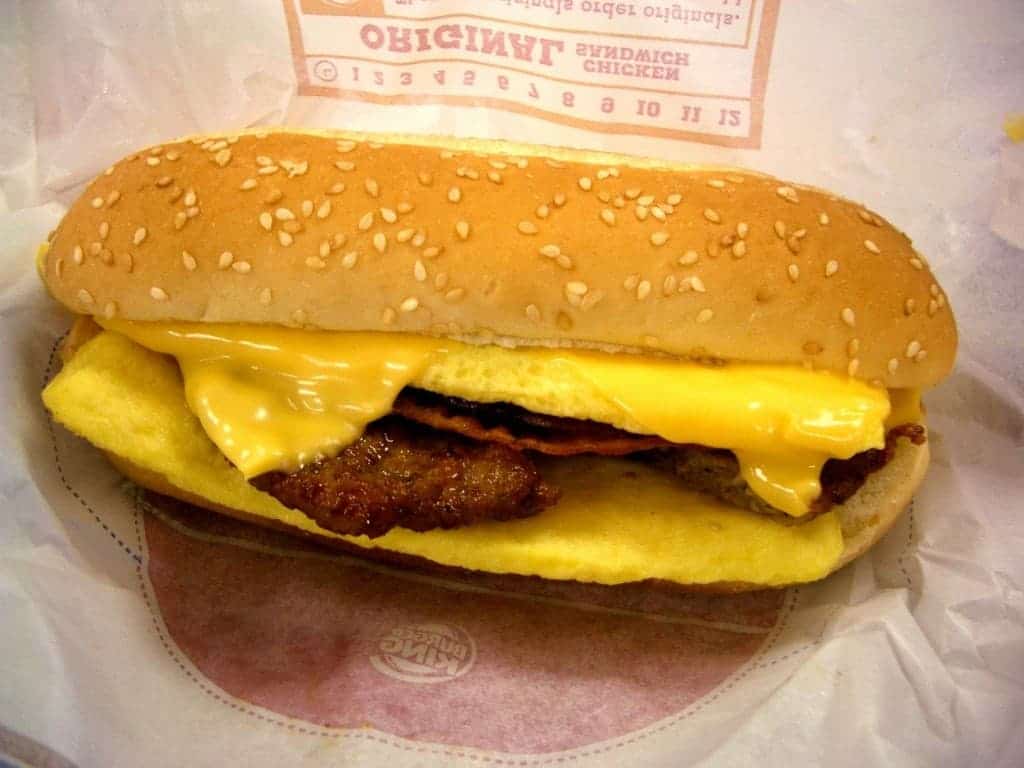 One of the main reasons this breakfast sandwich was discontinued from the fast food chain was due to its massive size. Consumers were looking for something a little healthier for their first meal. Some international markets still sell it, though. 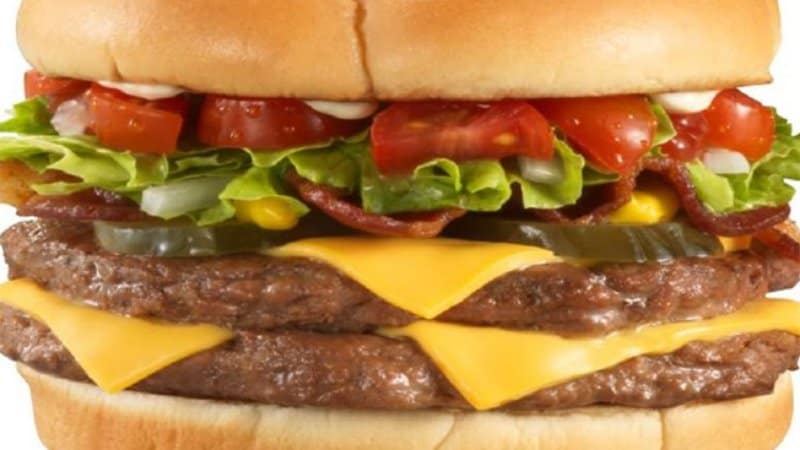 McDonald’s is always adding new items to their menu in an effort to bring in new customers. The worldwide franchise thought they would acquire nearly $1 billion in sales thanks to this burger, but it ended up being a complete flop. Even their advertisements showed kids refusing to eat it. 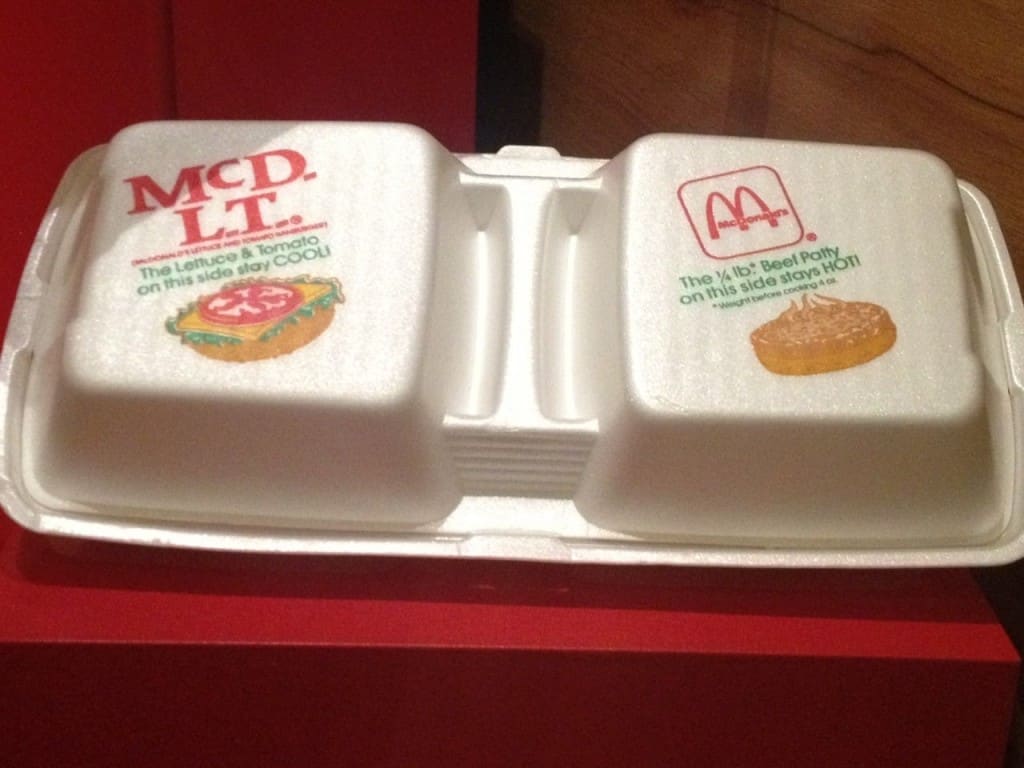 This one wasn’t so much because of the burger or ingredients being used, but was more because of the packaging the company put said burger in. The double-sided Styrofoam had consumers in an uproar due to what it would do to the environment. 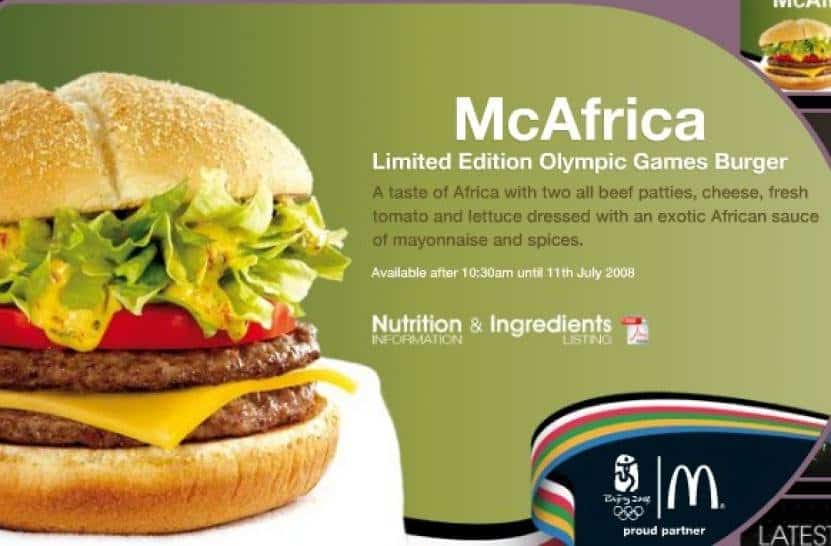 The name should be obvious enough a reason why this burger was discontinued. The burger was said to be based off authentic African recipes, and could have been delightful, but the name ensured the company had a PR massacre to deal with. 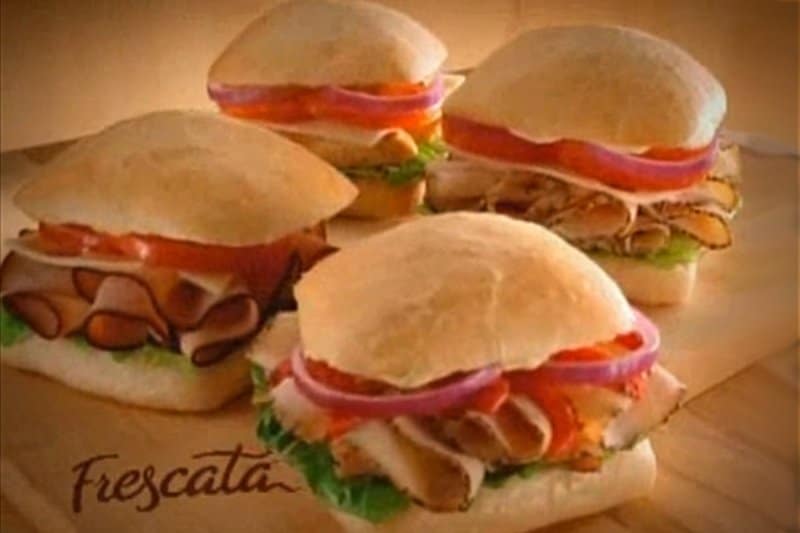 The Frescata sandwiches were introduced in 2006 in an attempt to compete with Subway, but Wendy’s didn’t account for the time it took to make the sandwiches. Unfortunately, it was a lot longer than a regular burger, so people didn’t order it. 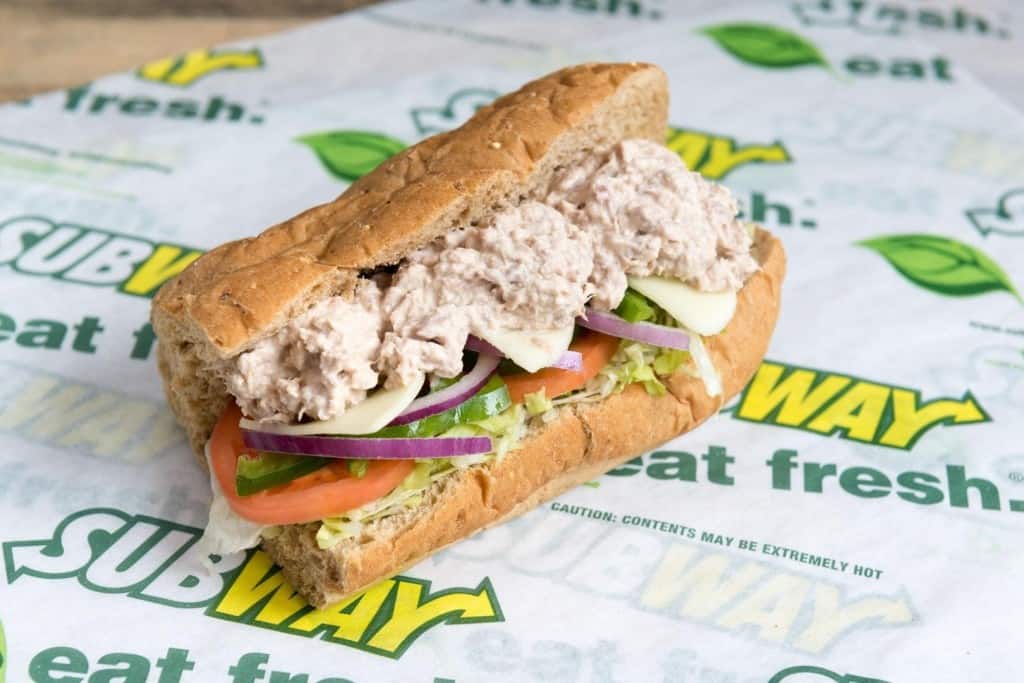 A tuna sandwich can be nice on occasion, but don’t get it from Subway. Apparently, the tuna fish used within these footlong subs once contained a label saying it did not contain dolphin or turtles, but that was removed in 2012. It’s unclear what it actually is now. 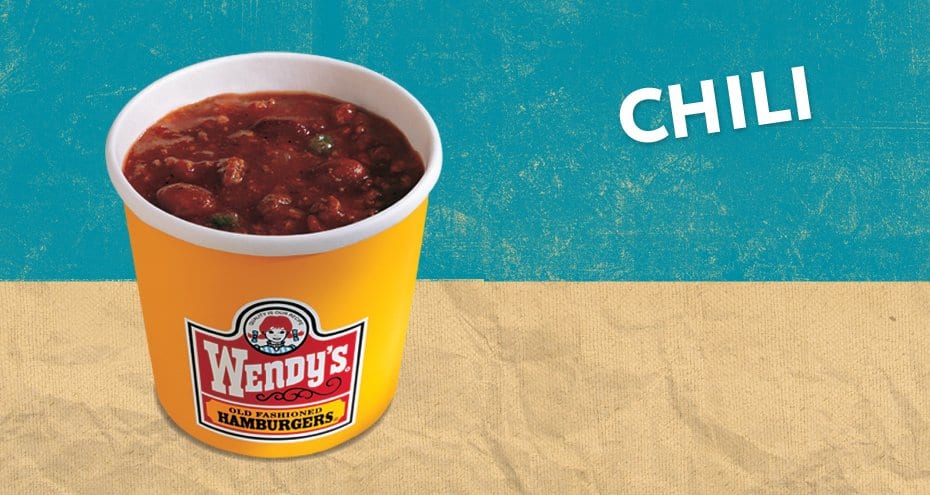 According to fast food workers, the chili purchased at Wendy’s is made of old, dried, and even expired meat that has been scraped from the grill before being boiled and stuck into the chili. Hot water is mixed in if it doesn’t sell quick enough, too. 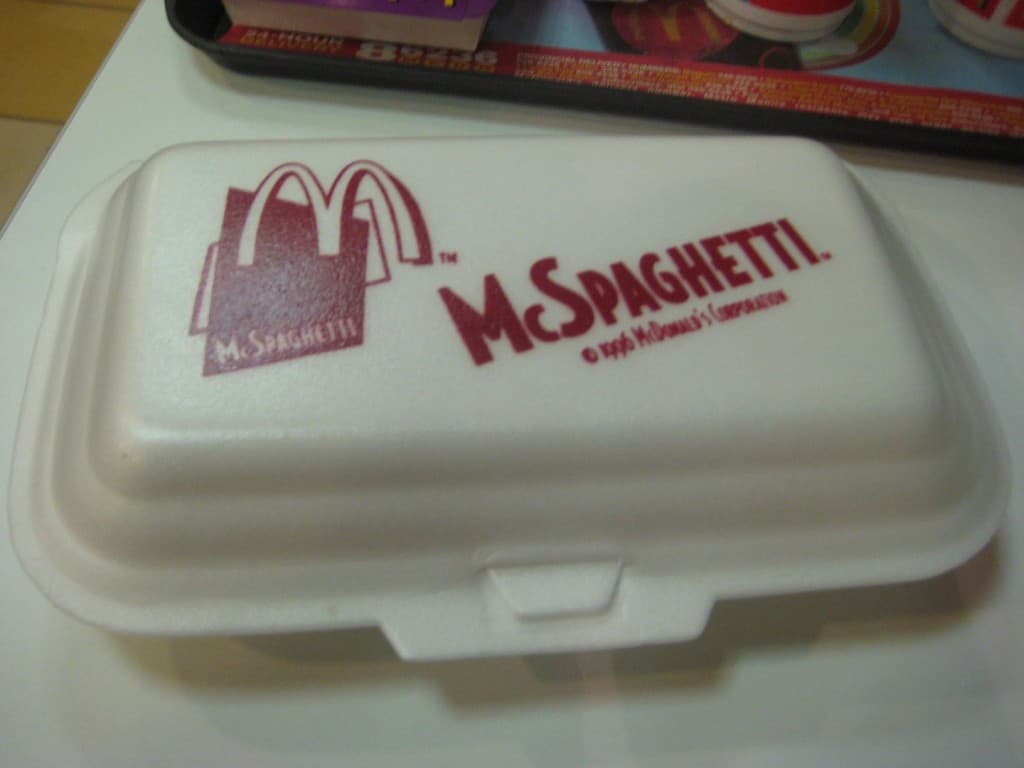 People generally don’t think about McDonald’s when they’re in the mood for Italian food, specifically spaghetti. Unfortunately, the company decided to throw some noodles and crappy sauce in their signature boxes. 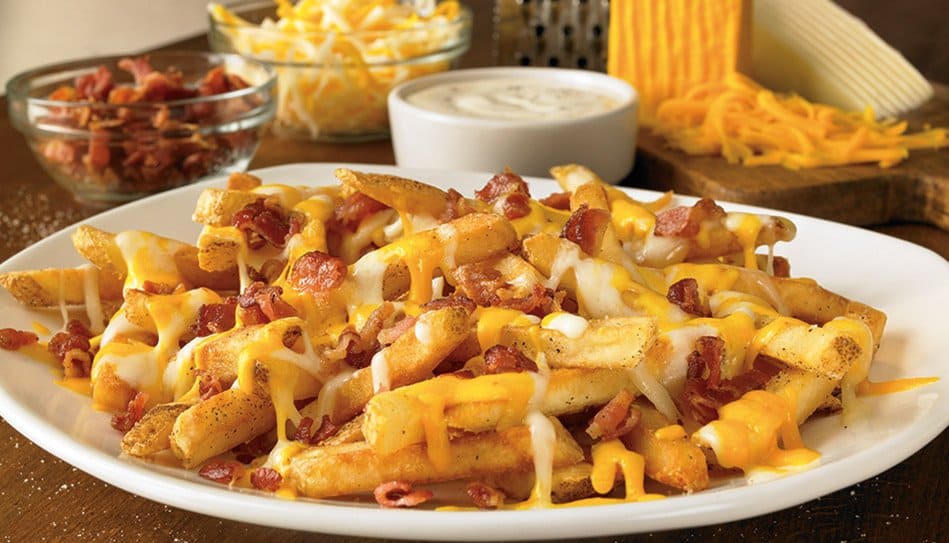 Cheese fries are an amazing food, but this appetizer, which is meant to be shared, comes in at over 2,000 calories per dish. That’s more than most people are supposed to eat in a single day. Bring a large group of friends if you intend to get this. 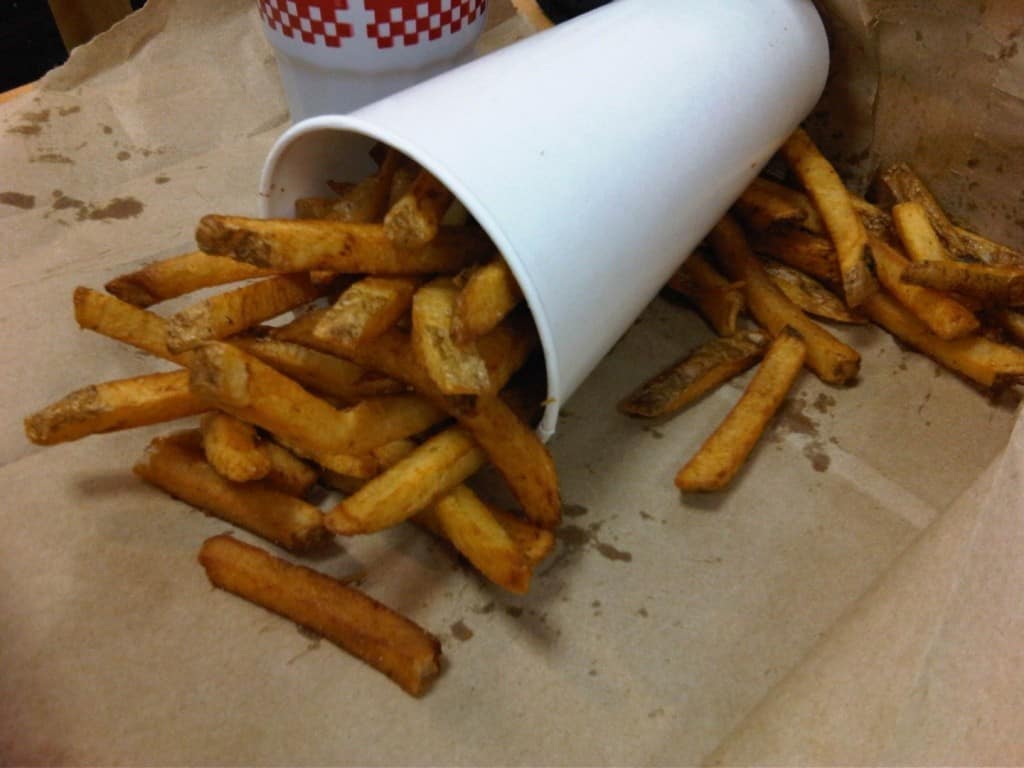 Five Guys has, easily, some of the very best burgers around, but the french fries will hold you back quite a bit. The large order comes with around 1,500 calories and 71 grams of fat per order. Share these ones, too. 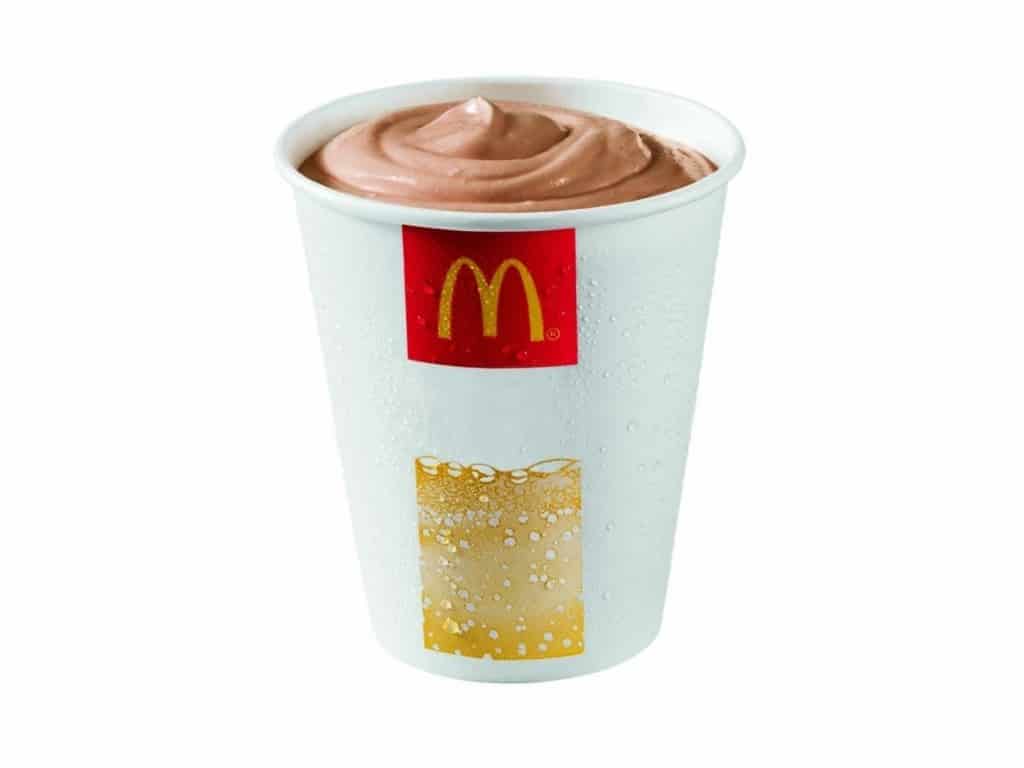 It’s hard to share a milkshake, though it is doable. Unfortunately, most people don’t. The Triple Thick Shake from McDonald’s features 1,160 calories and 27 grams of fat. That’s more than two cheeseburgers combined. 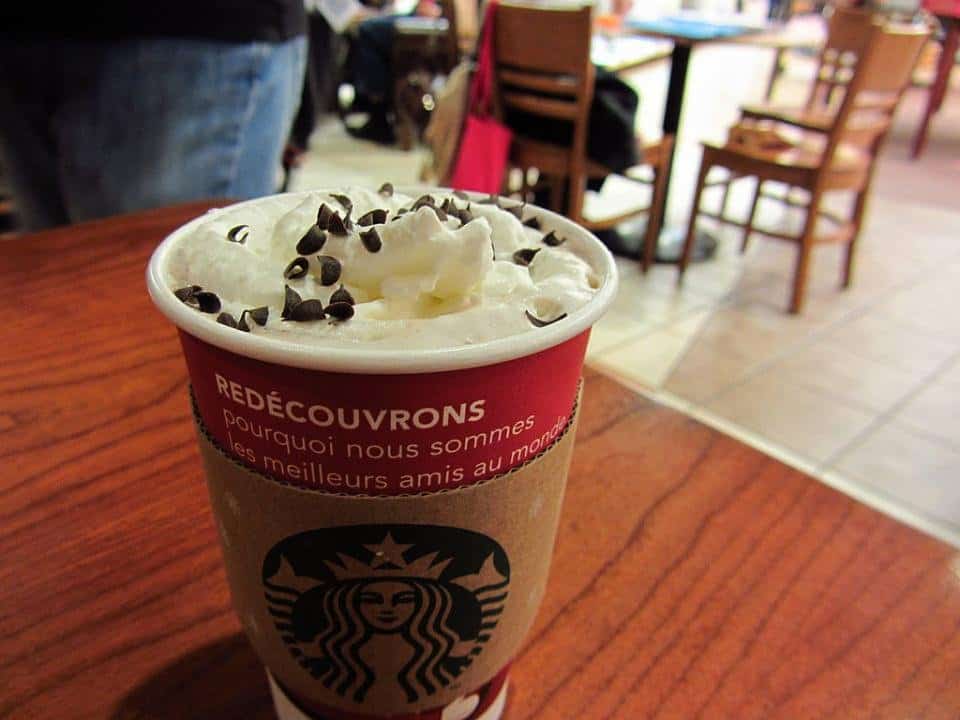 Breakfast never tasted so good. But it also never covered the majority of your daily calories in one fell swoop either. The Hazelnut Signature Hot Chocolate features 600 calories per cup. Think before ordering it.

Applebee’s has some great food on occasion, but their Quesadilla Burger is just plain horrid. This monstrosity has over 4,410 mg of sodium, which is almost twice the amount you’re supposed to have in a single day. Health problems will persist. 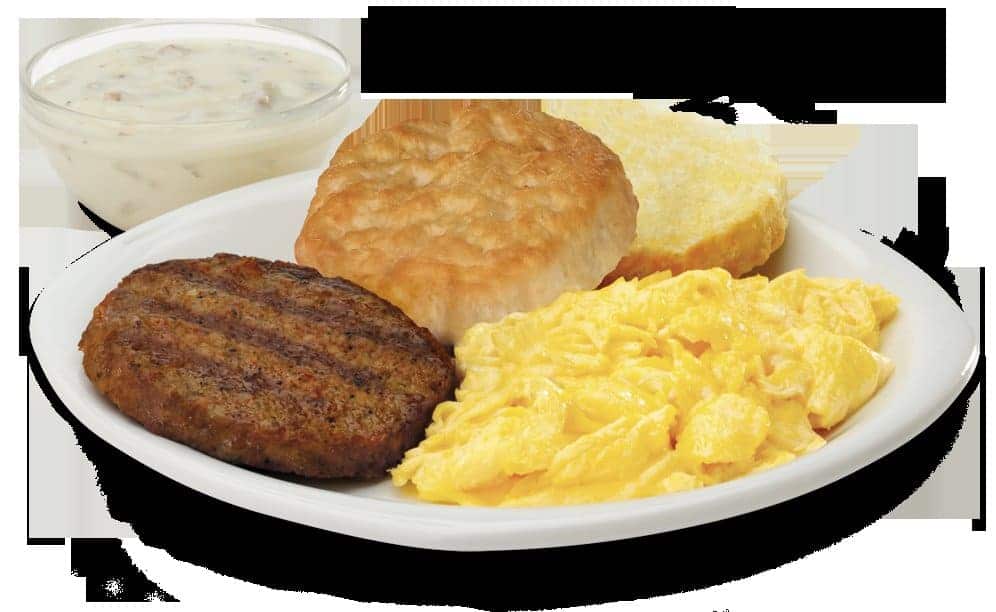 Breakfast features some of the very best food available throughout the day, but ordering the Sausage Breakfast Platter from Chick-Fil-A could be devastating to your health. This beast of a plate has over 800 calories, 1,850 mg of sodium, and 285 mg of cholesterol. Grab something healthier. 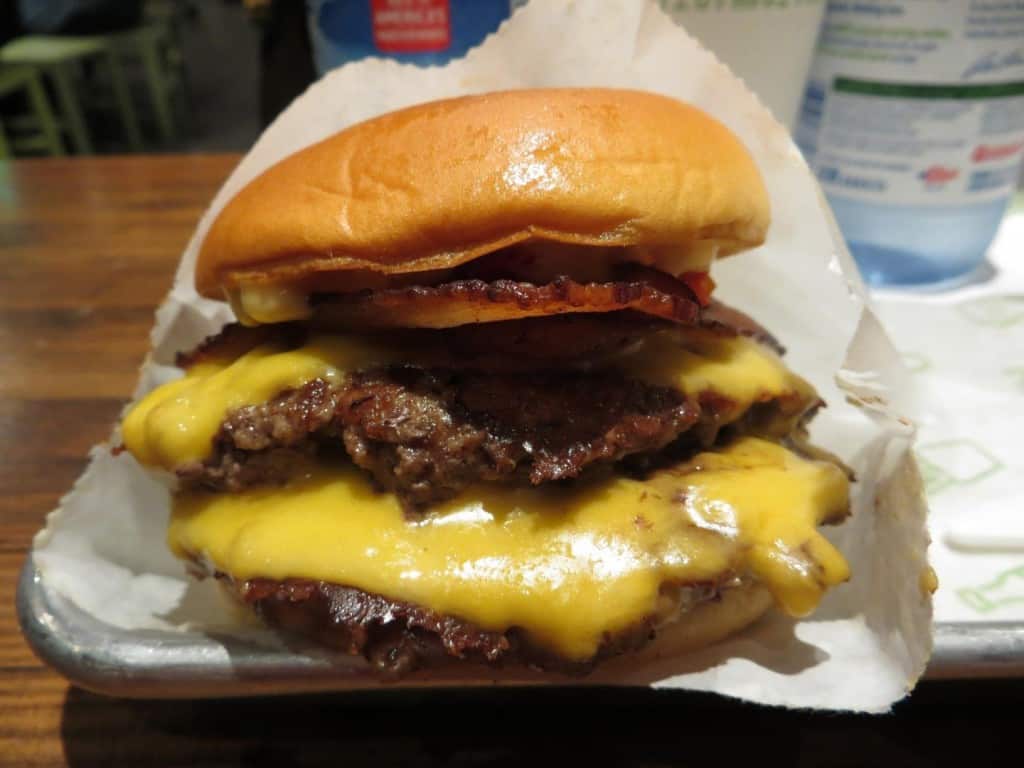 Burgers, of course, are one of the very best foods in the entire world. Unfortunately, Shake Shack burgers stand near the top in terms of taste, but they’re quite unhealthy, too. The SmokeShack Burger, in particular, has a rather high calorific value — 850. 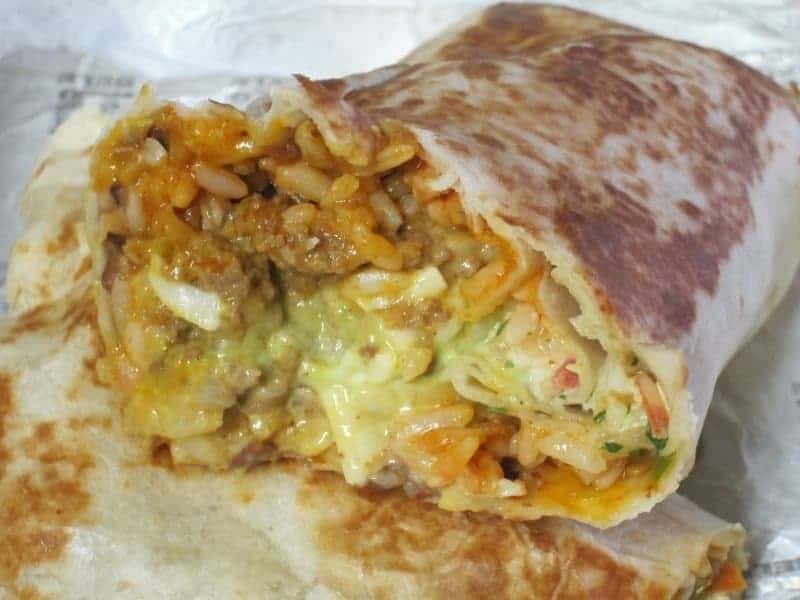 This massive burrito may not be as big as one from Chipotle, but it’s certainly unhealthy enough to compete. Calories, grams of fat, and sodium are all much higher in one wrapped package than anyone needs in a single day. 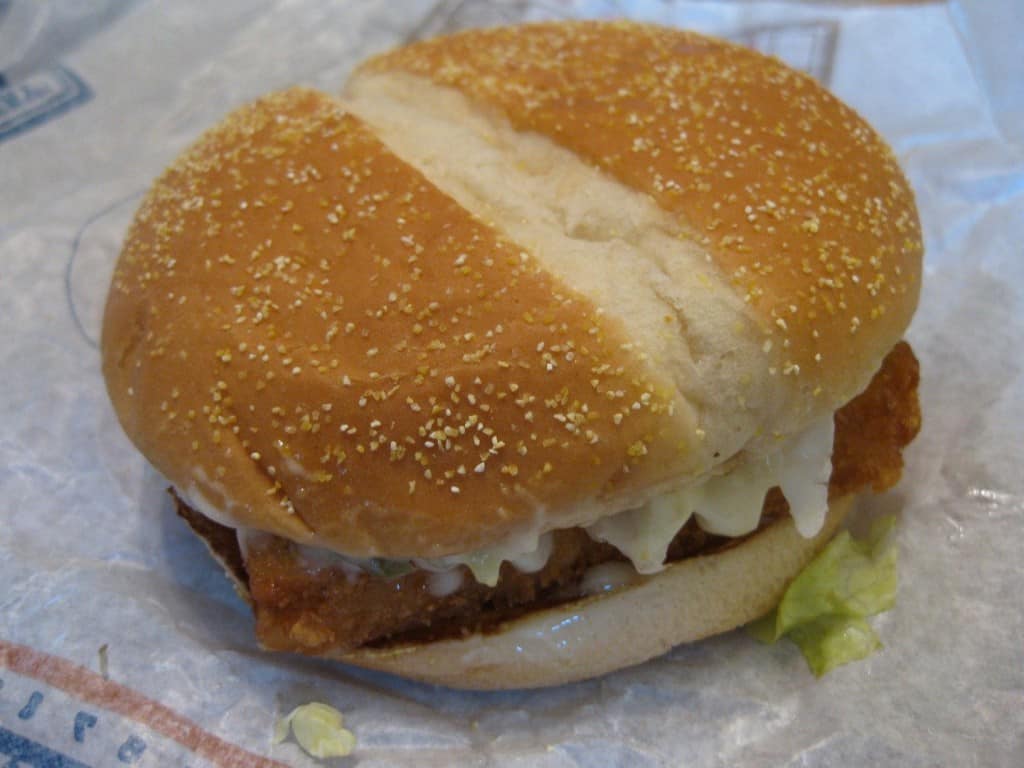 Burger King uses vats of oil to cook their french fries, but after two days these vats are too dark for the fries to cook in. They then use the old oil for the chicken. After a week of that, though, the oil is nearly black and can’t be used for chicken. It’s then used for the Fish Filet. 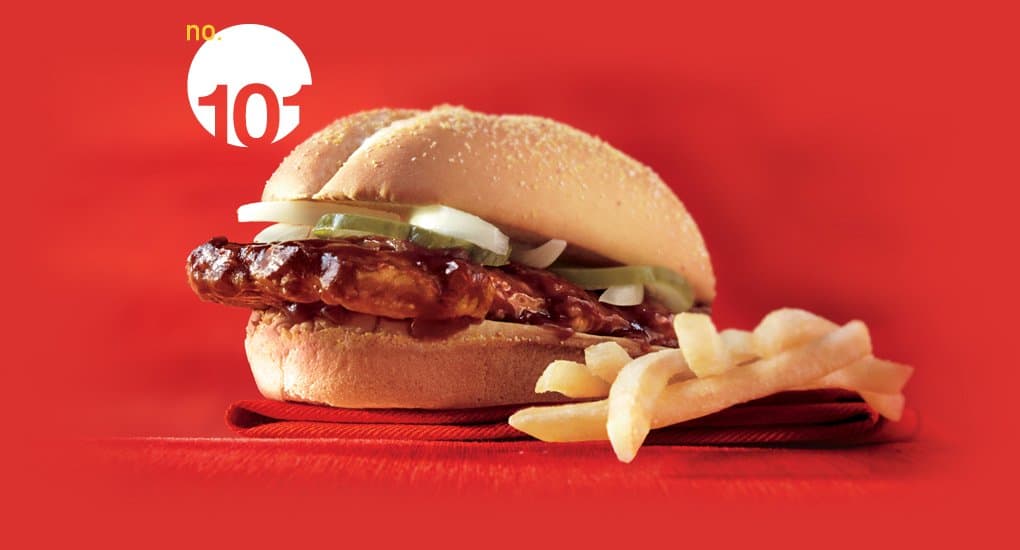 The McRib may be a favorite item for everyone at the fast food joint, but what it contains should make you sick to your stomach. The signature sandwich is constructed using heart, stomach, and tongue meat, which is all trimmings no one usually wants. 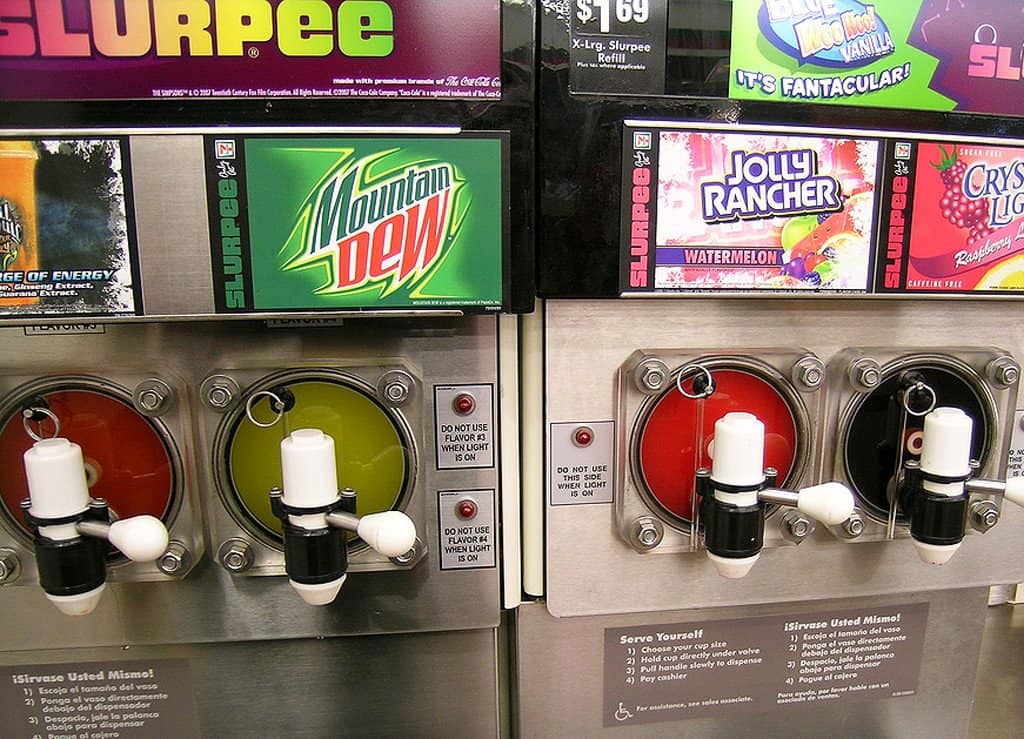 The Slurpee machine at 7-Eleven is almost a required stop for most people stopping there for gas. Unfortunately, the interior of the machine contains more mold than anyone would care to see in their lifetime. 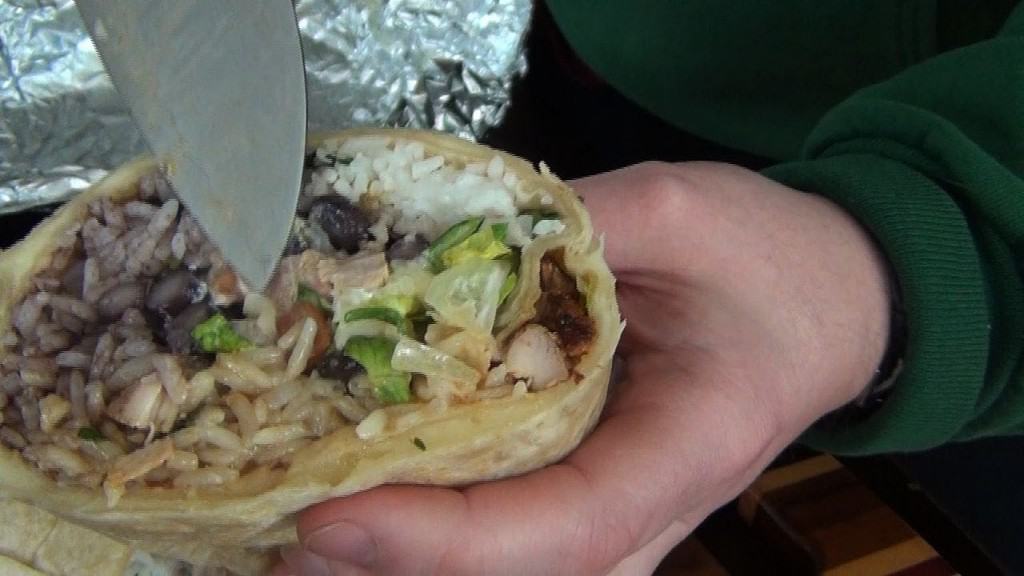 This one is semi-unhealthy, but it’s just a pain to construct. Employees of the Mexican restaurant ask that you never order this burrito if they are really busy, as it backs everyone in the entire restaurant up.