20 Of The Most Bizarre Wedding Traditions From Around The Globe

Each and every wedding, even in America, looks a little different. There are tons of age-old traditions and customs that can go into such a special event, which often change depending on the couple’s heritage or culture. And while some may seem weirder than others, there are some wedding traditions out there that are downright bizarre. This collection is guaranteed to make your jaw drop and question whether it’s actually worth it to get married in these places.

Blackening of the Bride 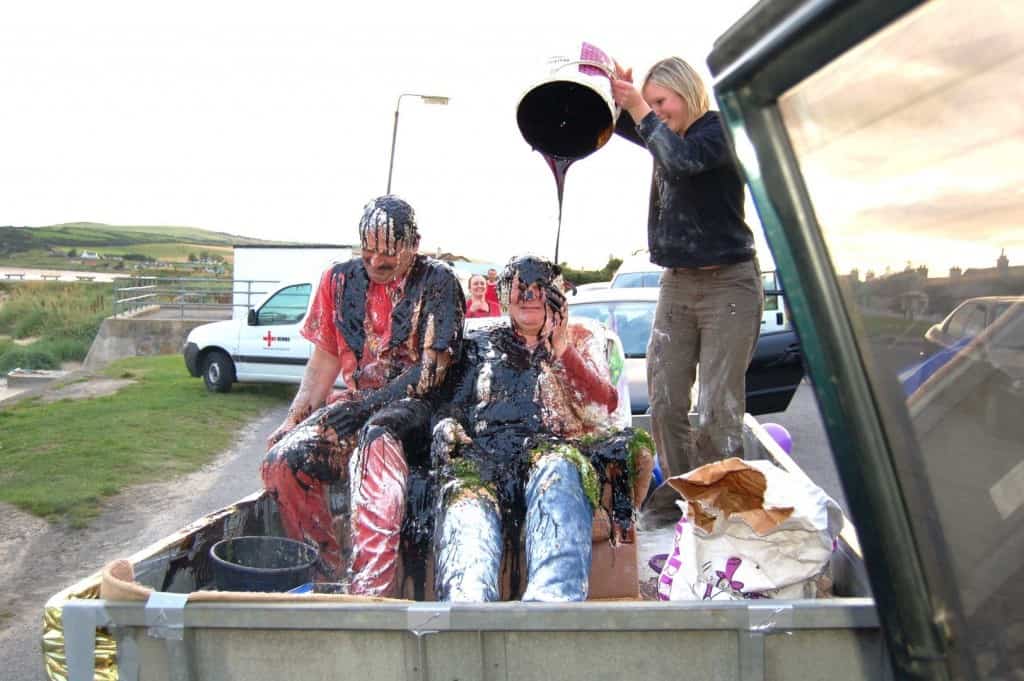 In certain parts of Scotland, some brides are made to endure a truly awful event in order to prove that they can survive marriage. Friends of the bride take her, throw any number of disgusting substances on her, and then tie her to a tree. Fun, right? 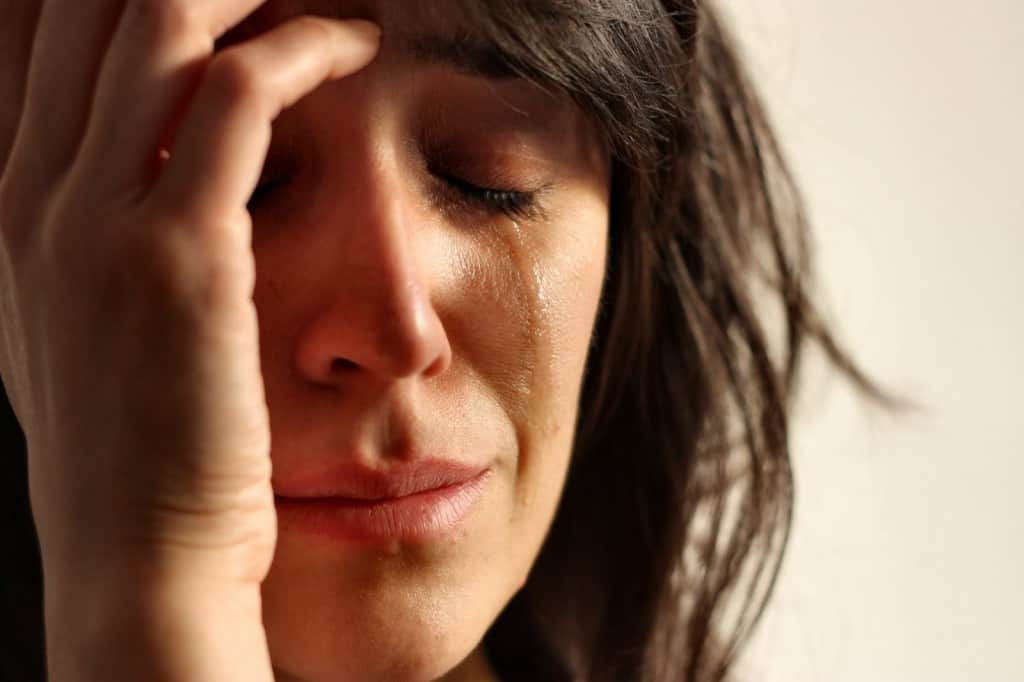 It is not uncommon for the bride and groom as well as those in attendance to get a little misty-eyed during the ceremony. However, bridal parties of the Tujia people in China take this emotional reaction to a whole new level. One month before the wedding, the bride will begin crying for one hour everyday. As the wedding gets closer, Mom and Grandma join in. This is supposed to be a symbolic show of joy, even though it doesn’t sound all that happy. 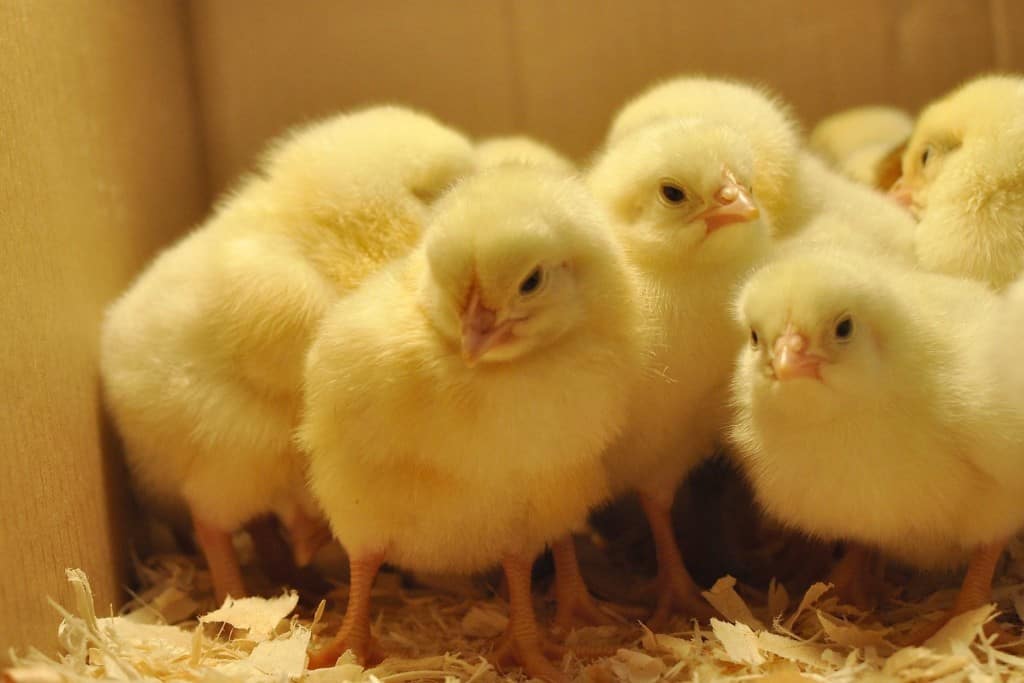 For those of you who are particularly sensitive about your cute baby animals, you may want to remain ignorant of this next one. A people group known as the Daur in Chinese Inner Mongolia require the soon-to-be bride and groom to kill a baby chick while holding the knife together. Even that is enough to repulse most Americans, but it actually gets worse. They must then gut the animal to find the liver, and only if the liver looks healthy is the couple allowed to set a date for the nuptials.

Curse of the Bride 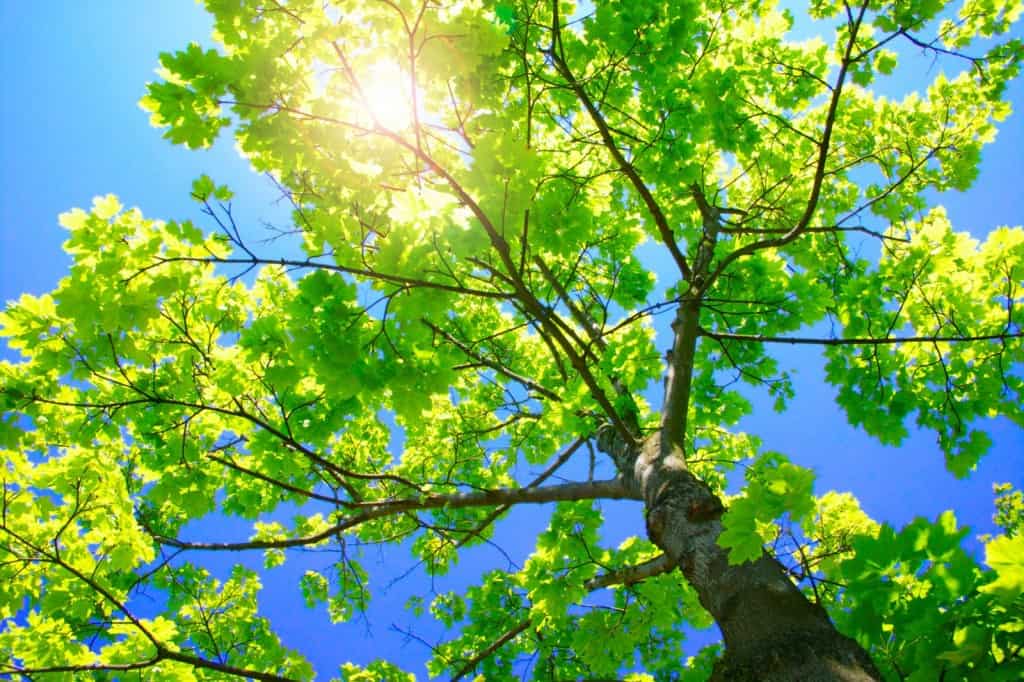 In India, a female born as a Manglik, or during the astrological period during which Mars and Saturn are together under the “seventh house”, is cursed to bring her husband an early death. The only way to rid herself of this curse? Before marrying a man, she has to marry a tree. Yes, you read that correctly. A tree. After that happens, the tree is to be cut down, thus breaking the curse.

Discomfort to the Extreme 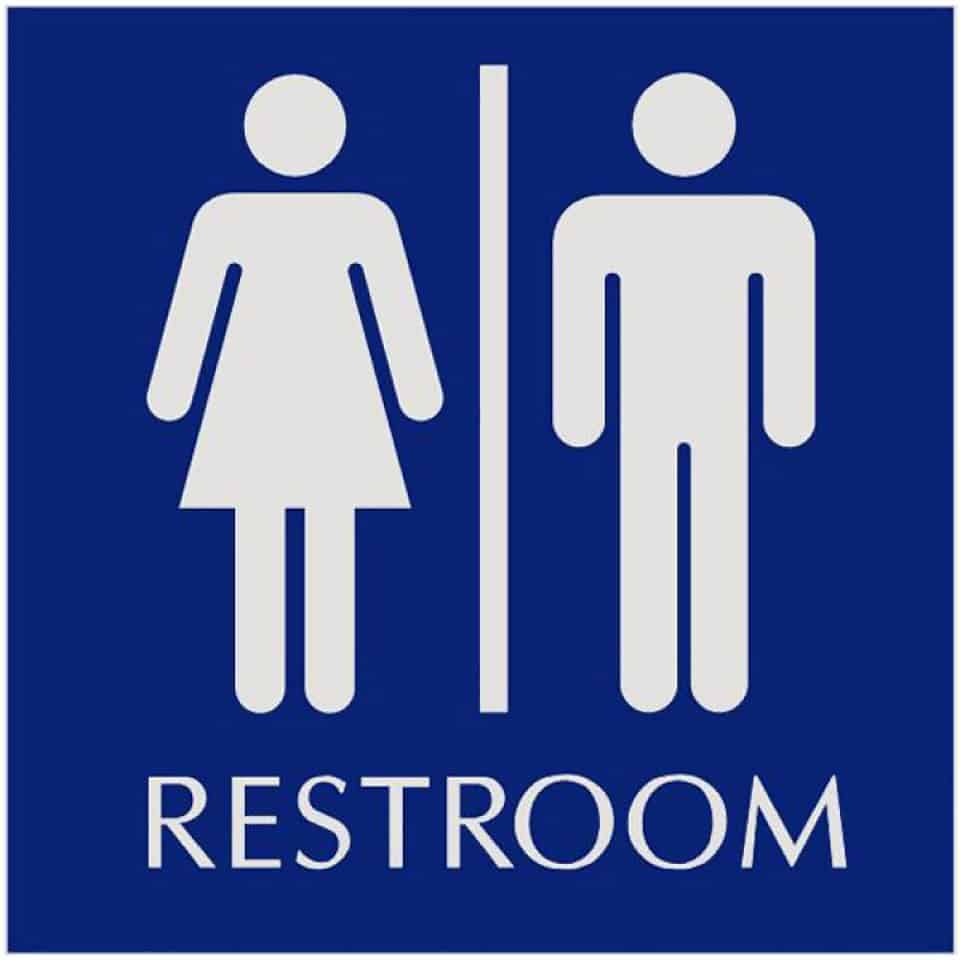 In Northern Borneo, an island in Southeast Asia, people in the Tidong tribes have a particularly challenging tradition that occurs after the wedding. For three days, the new bride and groom are supposed to remain inside their house without using the bathroom. They’re expected to hold it all in for three days. Three days, people! 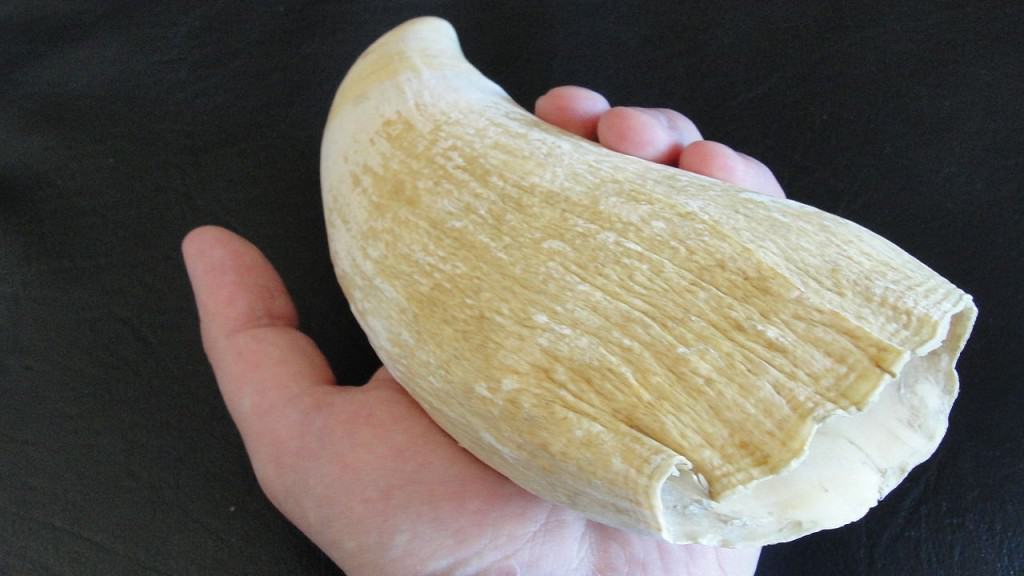 In Fiji, when a man goes to a father to ask for permission to marry his daughter, it is custom for him to also bring a whale’s tooth. Perhaps this is as proof that he is willing to do anything for his potential bride — including, apparently, diving and cutting out a tooth from a whale, of all things. 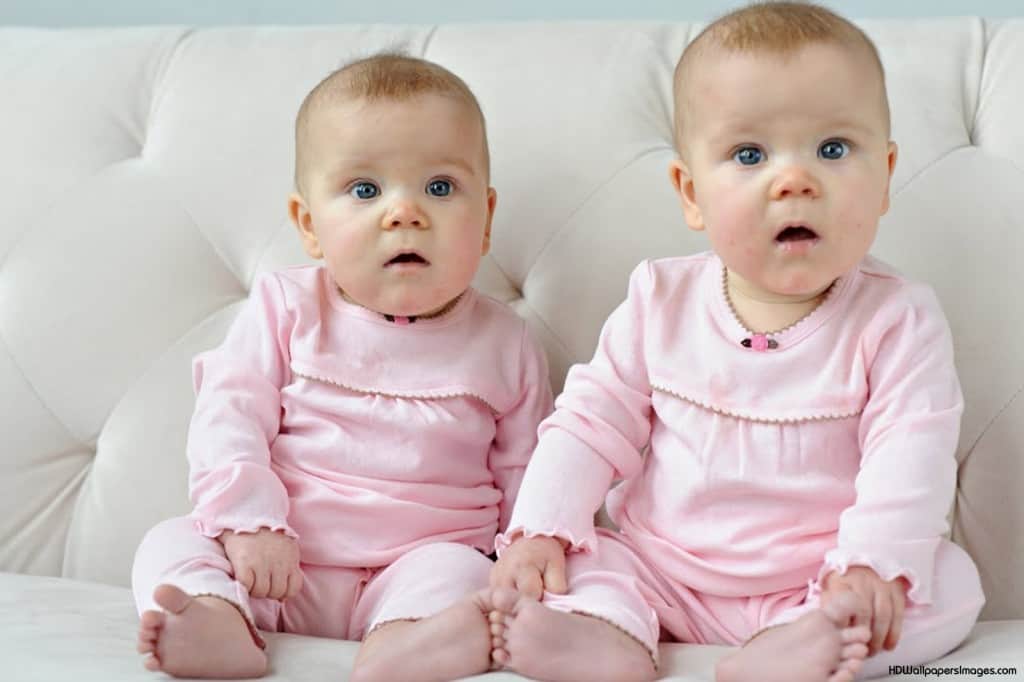 There is a tribe in Southern Sudan known as the Neur tribe, who hold that a marriage is not secure until a woman has two children. If she can’t, a man can seek a divorce freely. The faces of these two adorable babies pretty much show what we feel about this. 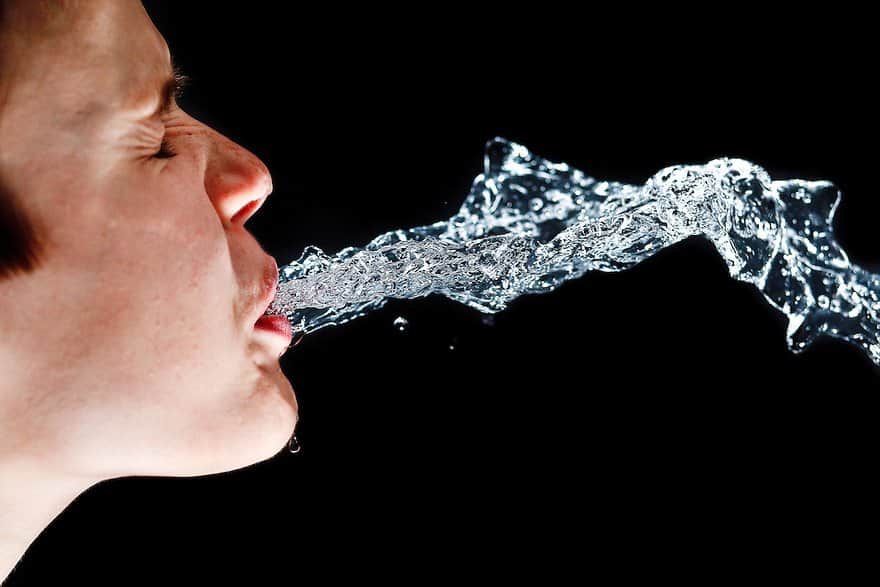 It’s always hard for a father to give away his precious daughter to a new man. However, this idea is shown in a rather unusual way for the Massai people in Kenya. At a Massai wedding, it is common for the father of the bride to bless his daughter by spitting on her head and breasts before she leaves with her husband. How sweet. 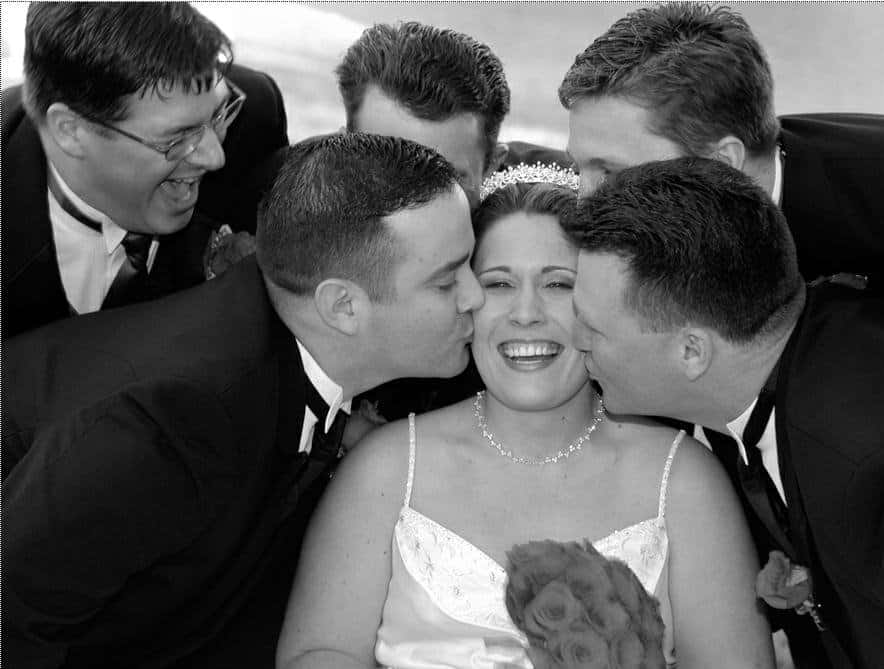 At a wedding reception in Sweden, it is customary that whenever the bride or groom gets up from their table, the part of the wedding party of the opposite gender will try to kiss them as they move around. Sure makes getting up and going to the bathroom a much more difficult process. 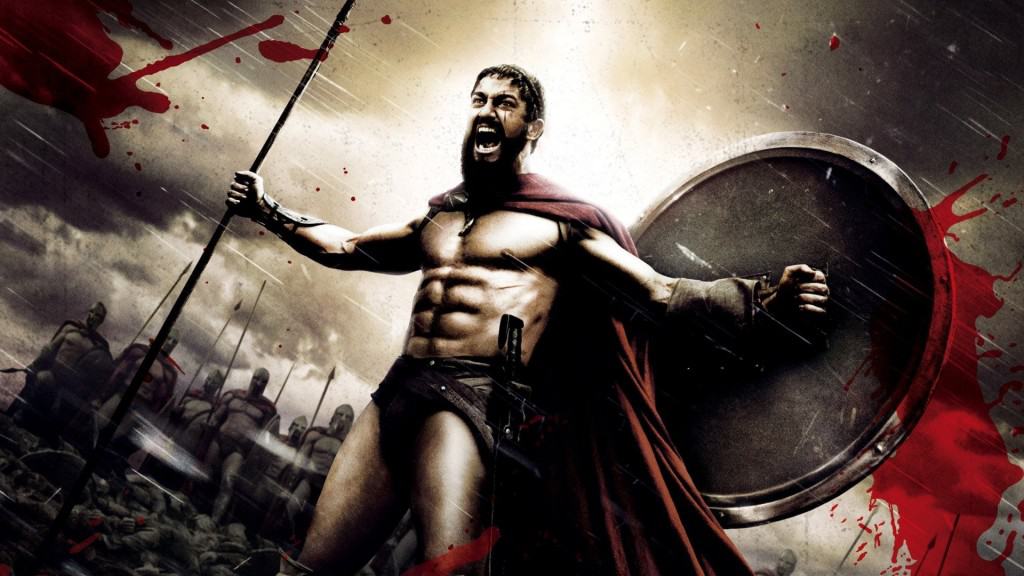 In Spartan culture, prior to her wedding a woman would shave her head and dress as a man, and then wait to get swept away by her groom-to-be. 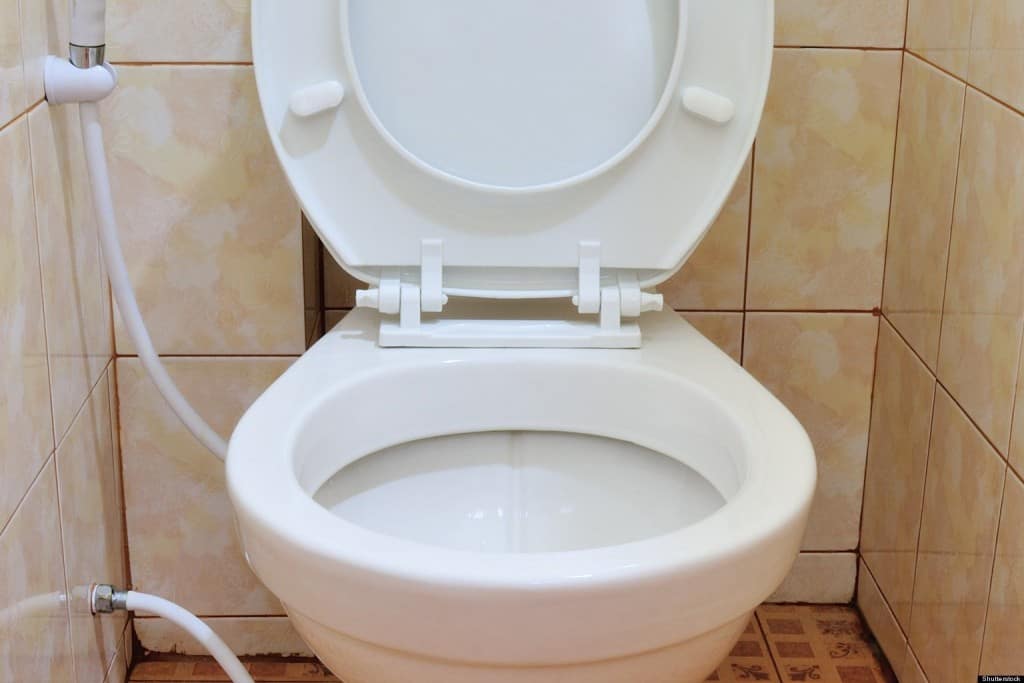 It used to be customary at a French wedding for those at the wedding to afterwards gather trash, leftovers, and whatever else was left lying around into a toilet bowl, which the bride and groom would then drink from. Nowadays, that custom has been made a little nicer by replacing the trash with chocolate. Still, the image is not the best. 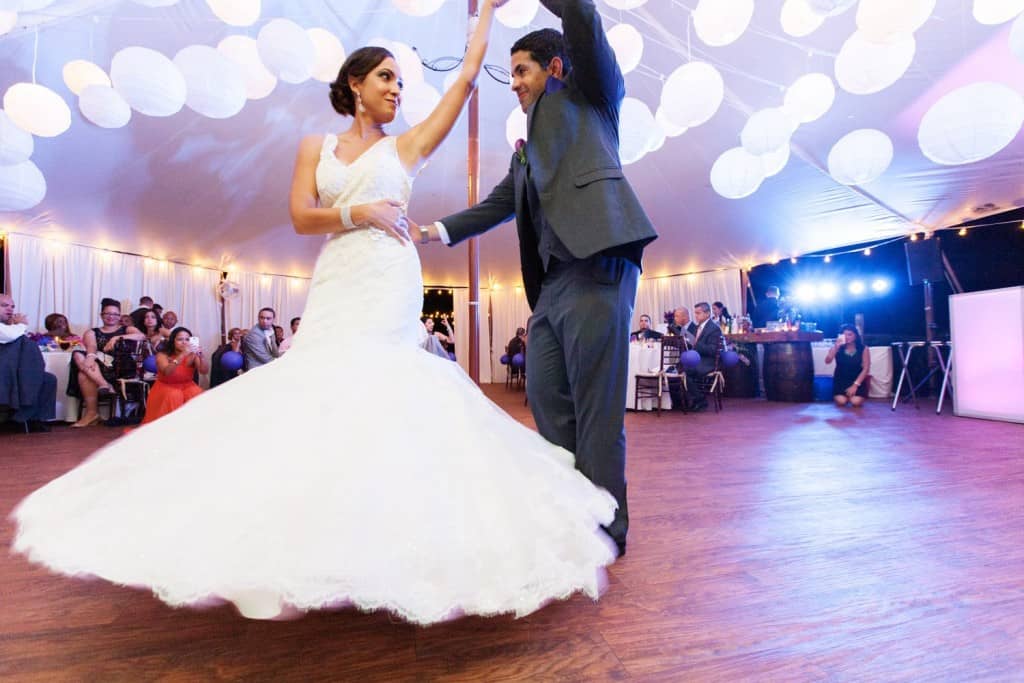 When the bride and groom dance together at their wedding in Ireland, the bride’s feet have to stay on the ground. This is due to the idea that if she lifts up her feet, evil fairies who are drawn to beautiful things will come and take her way. The idea is almost sweet, in a way. 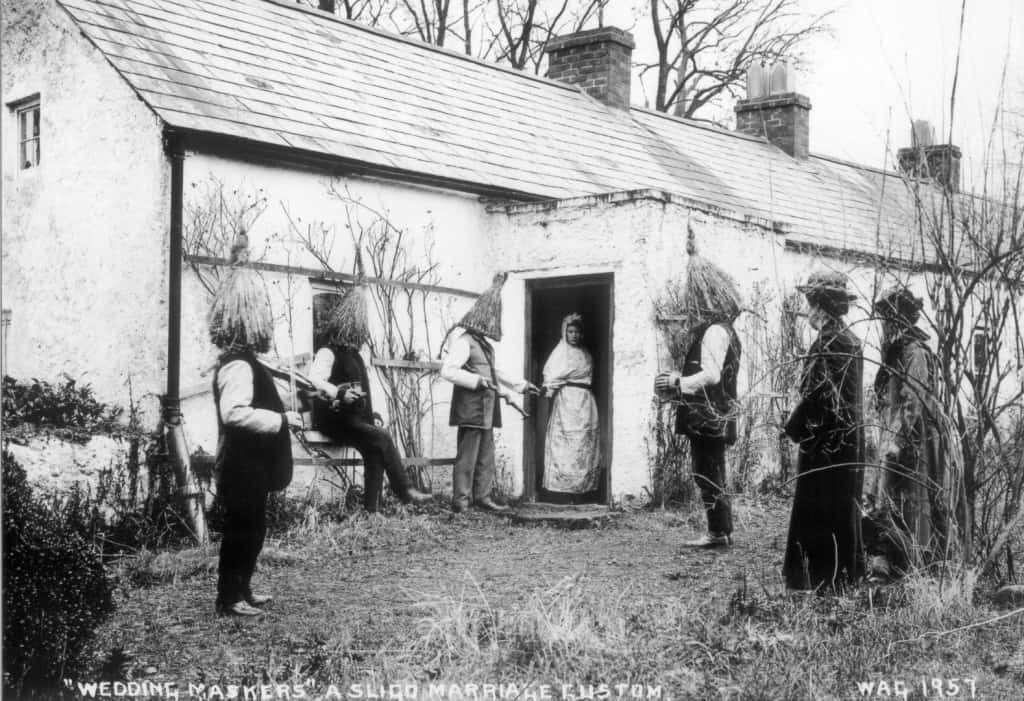 This tradition is another from the Irish, specifically in the counties of Leitrim and Mayo in Ireland. Here, each wedding designates 9 men as “strawboys”, whose duty is to go to the house of the bride-to-be on the day before her wedding, to dance with her and any other women in the house. This one actually sounds fun!

Aim For Her Heart 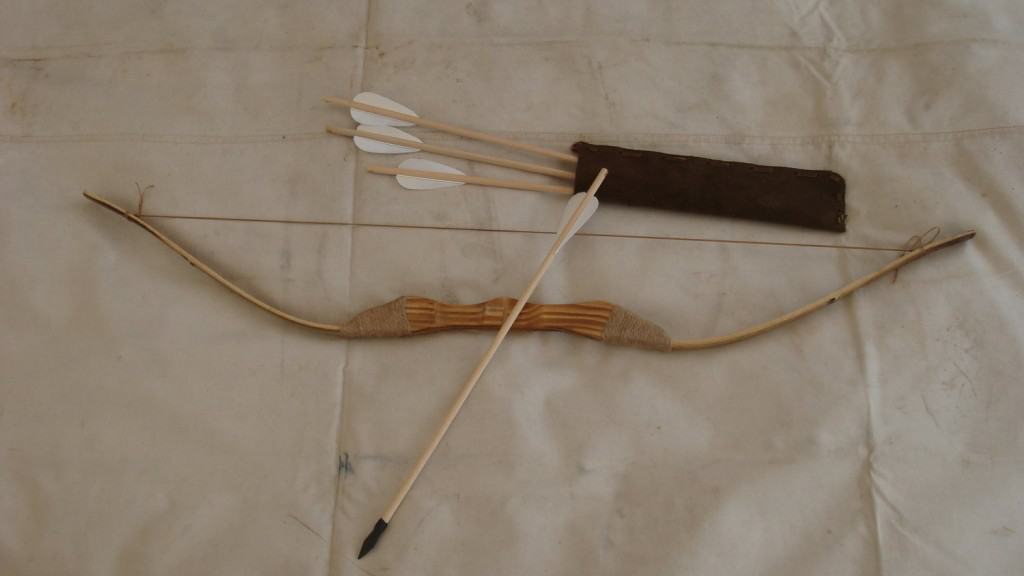 In a specific Chinese ethnic group known as Yugur, it is customary for the groom to take a bow and arrow and shoot his bride three times prior to the wedding. Relax, relax: there are no arrowheads on the bolts he uses, but this still doesn’t sound like much fun for the poor bride. However, afterwards the groom takes the three arrows and breaks them to symbolize that they will always love each other. 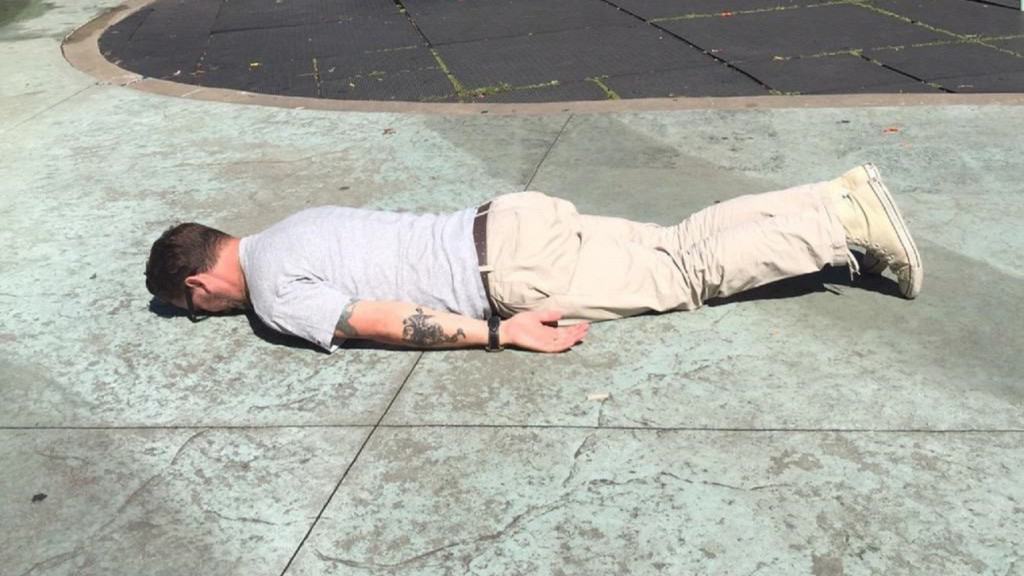 Imagine, after your wedding, getting to stomp on all of your annoying relatives or in-laws. Well, in the Maruesas Islands of French Polynesia, that is exactly what happens. Following a wedding reception, all of the members of the bride’s family lay on the ground shoulder to shoulder, face down. The bride and groom then get to walk across them together. 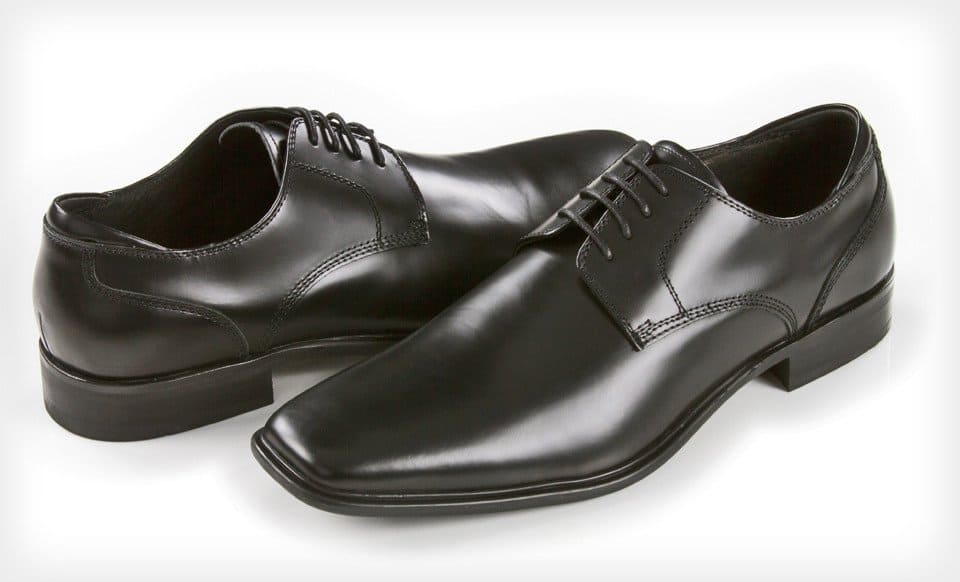 In certain parts of India, the groom will remove his shoes prior to the wedding ceremony. This initiates a chaotic game where the bride’s family will try to steal the shoes, while the groom’s family guards them. Should the bride’s side succeed, they hold onto the shows until they are paid a specific ransom. Sounds like a good ice breaker between the two families, but still a little odd. 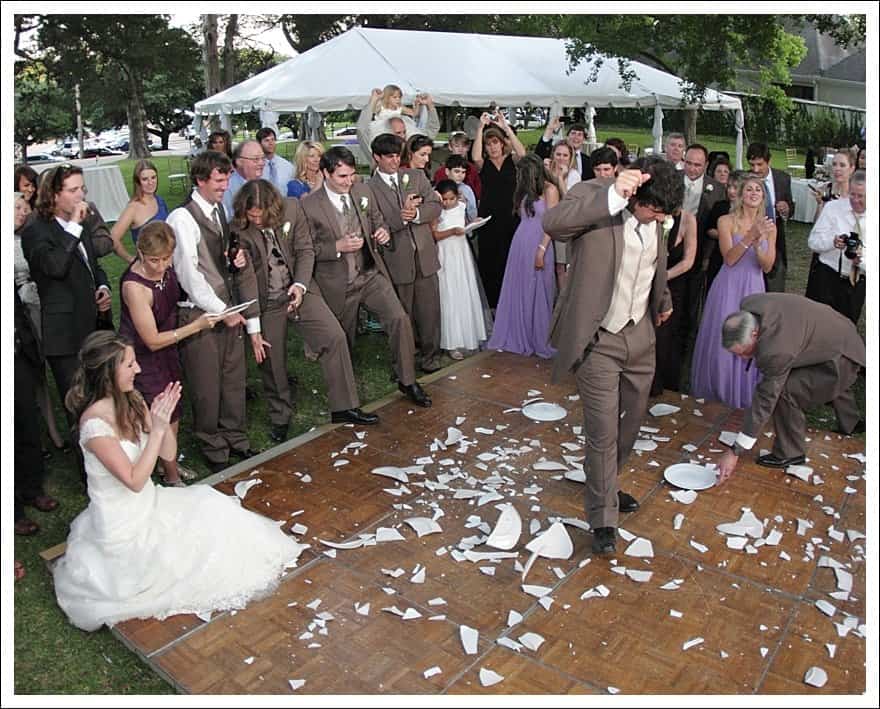 In Germany, it is custom for wedding guests to bring the bride and groom glass plates, which are then smashed. The idea is to scare away evil spirits, but it sounds pretty fun if you ask us. 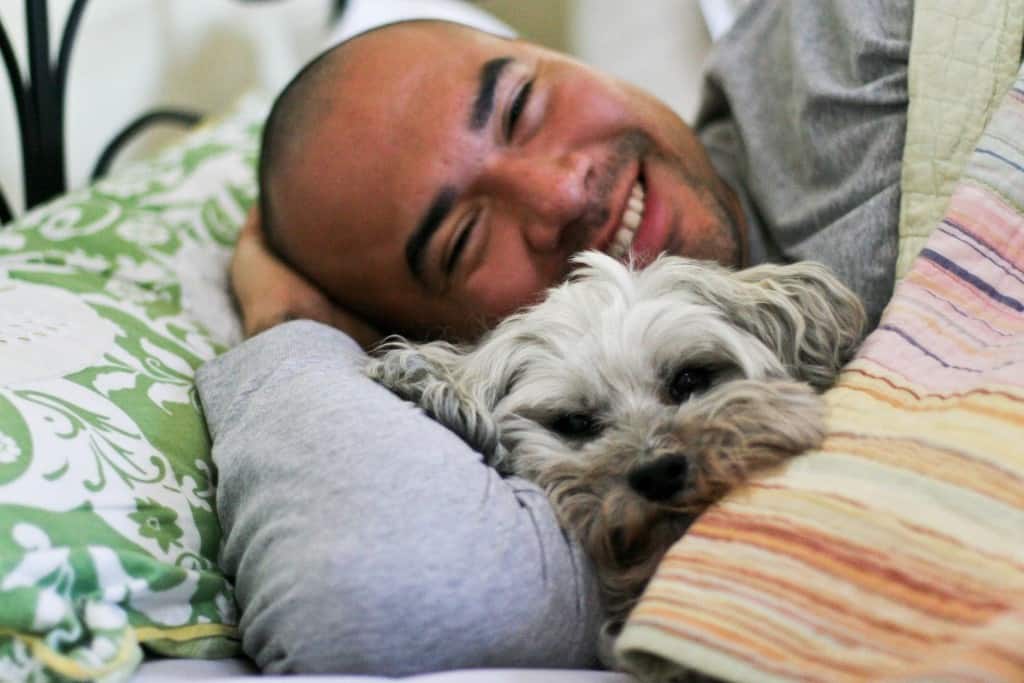 To clarify, there isn’t anywhere in the world that officially recognizes animal and human marriages. However, they are occasionally practiced in India as a way to ward off bad spirits. How does that work? Excellent question. 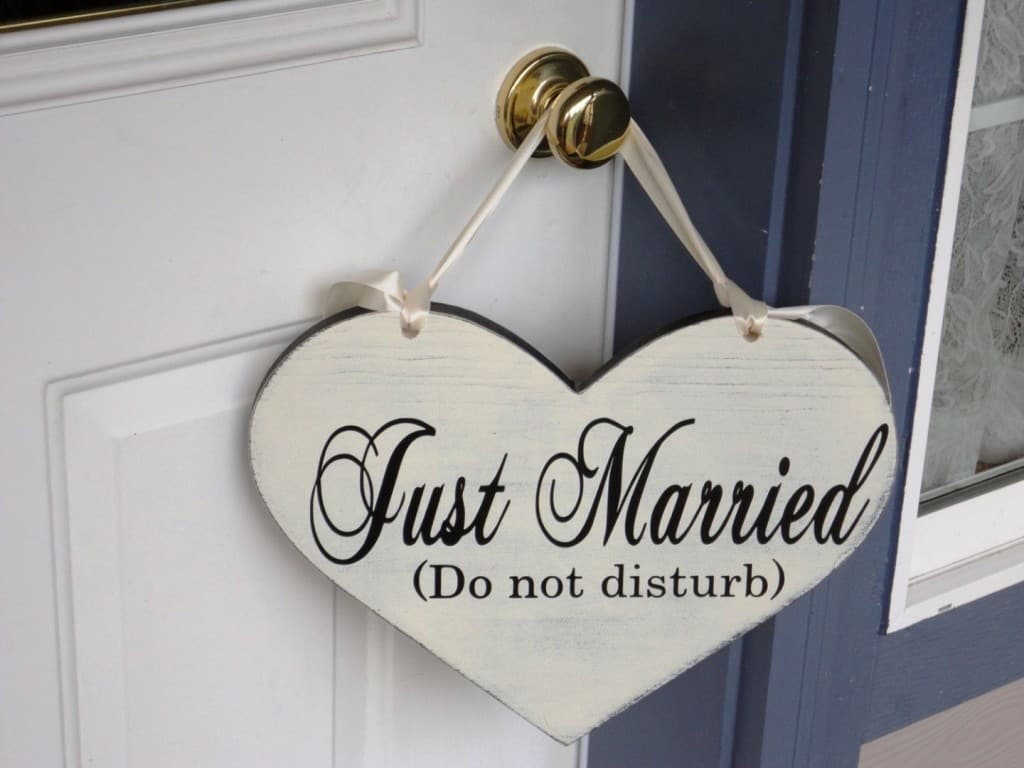 In certain areas of Africa, an older woman, often a village elder, will accompany a pair of newlyweds on their wedding night to help the bride learn how to please her husband. Sometimes, this will be the bride’s own mother. Talk about too much parental supervision! 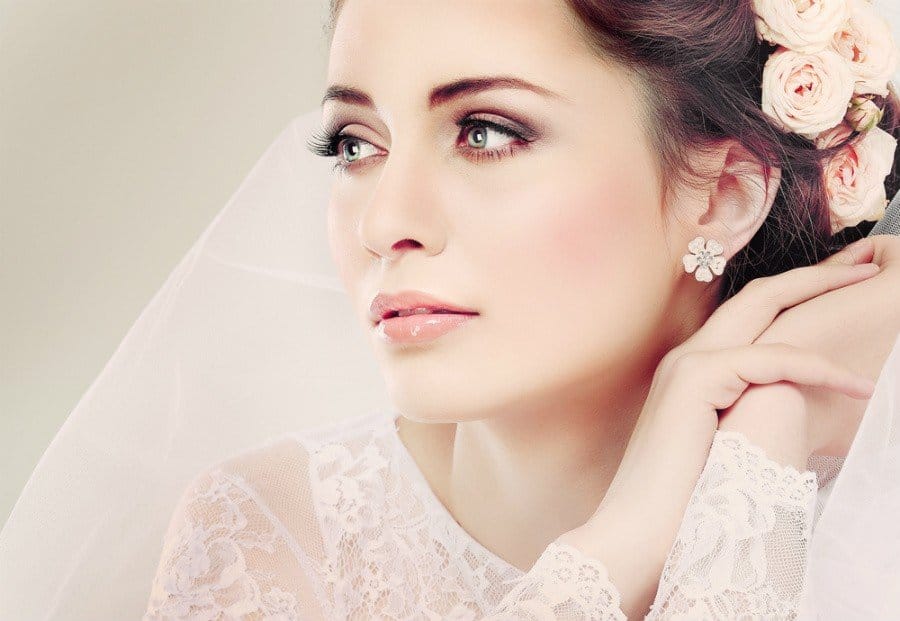 When most people think of a wedding, they picture two families brought together during a time of warmth, laughter, and joy. However, in Congo, a wedding is not to be taken seriously unless the bride and groom do not smile the entire time.