20 Of The Greatest Photos Of Michael Jordan

Michael Jordan captured the attention of everybody throughout the 90’s when he dominated in the NBA. Whether or not you followed basketball, you knew who Jordan was. He won six titles with the Chicago Bulls and highly regarded as the best that’s ever played the game. Here’s a photo collection capturing Jordan at his greatest, as well as other moments in his life with the North Carolina Tar Heels and after his successful run with the Bulls. 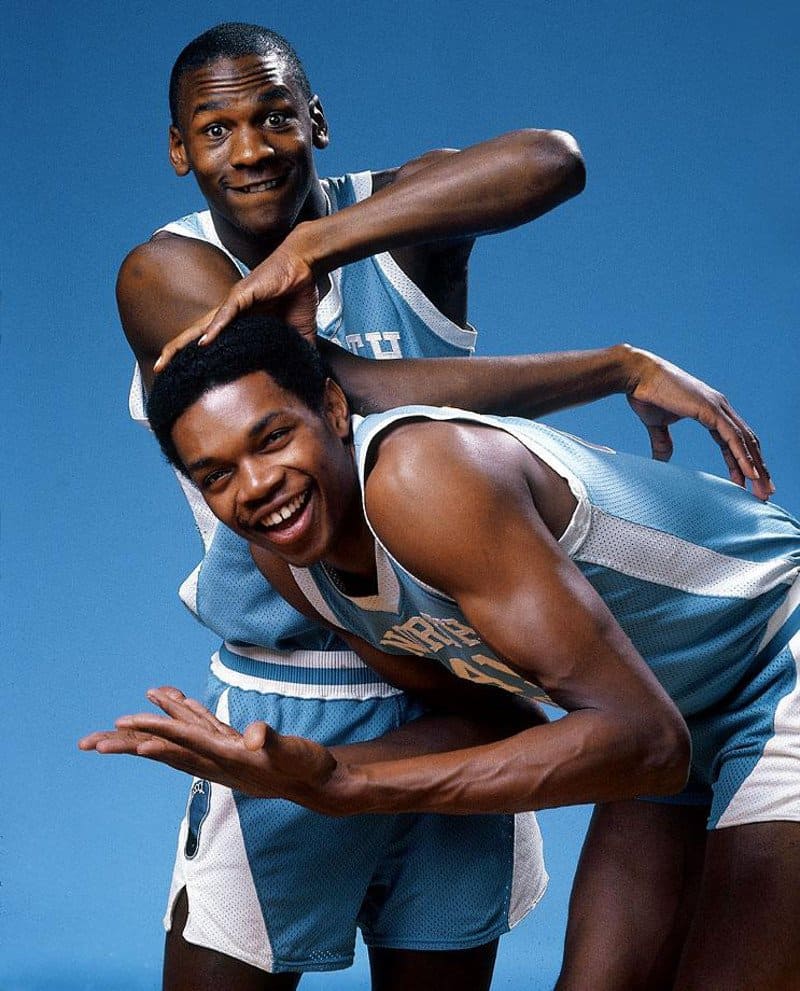 Jordan clowns around with his teammate, Sam Perkins, back in 1983 when he played with the North Carolina Tar Heels. 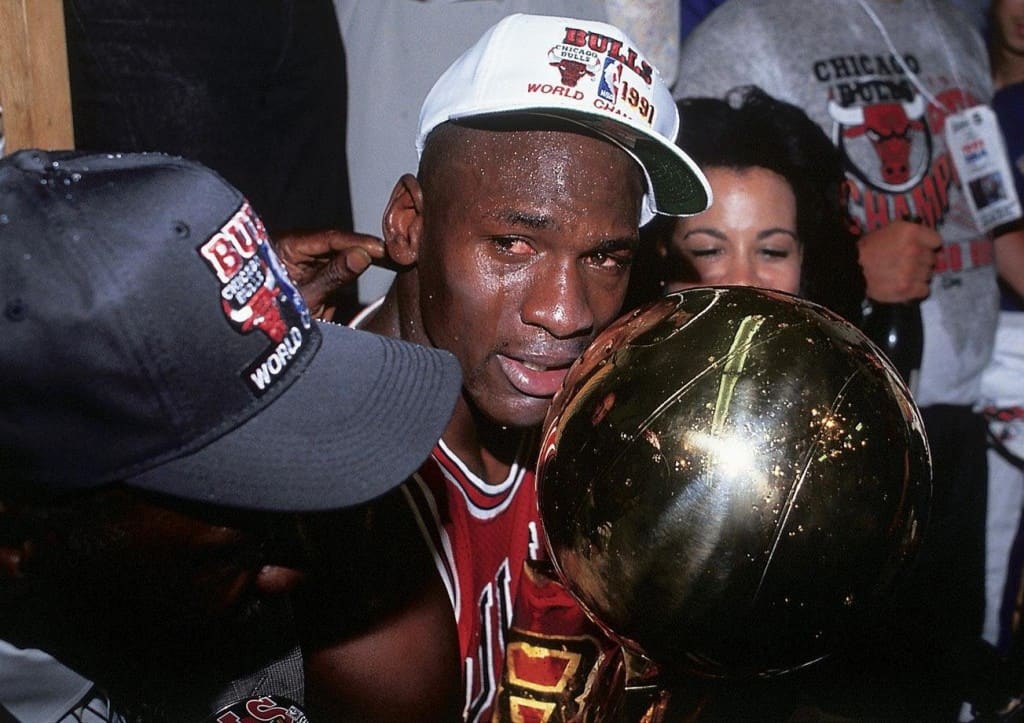 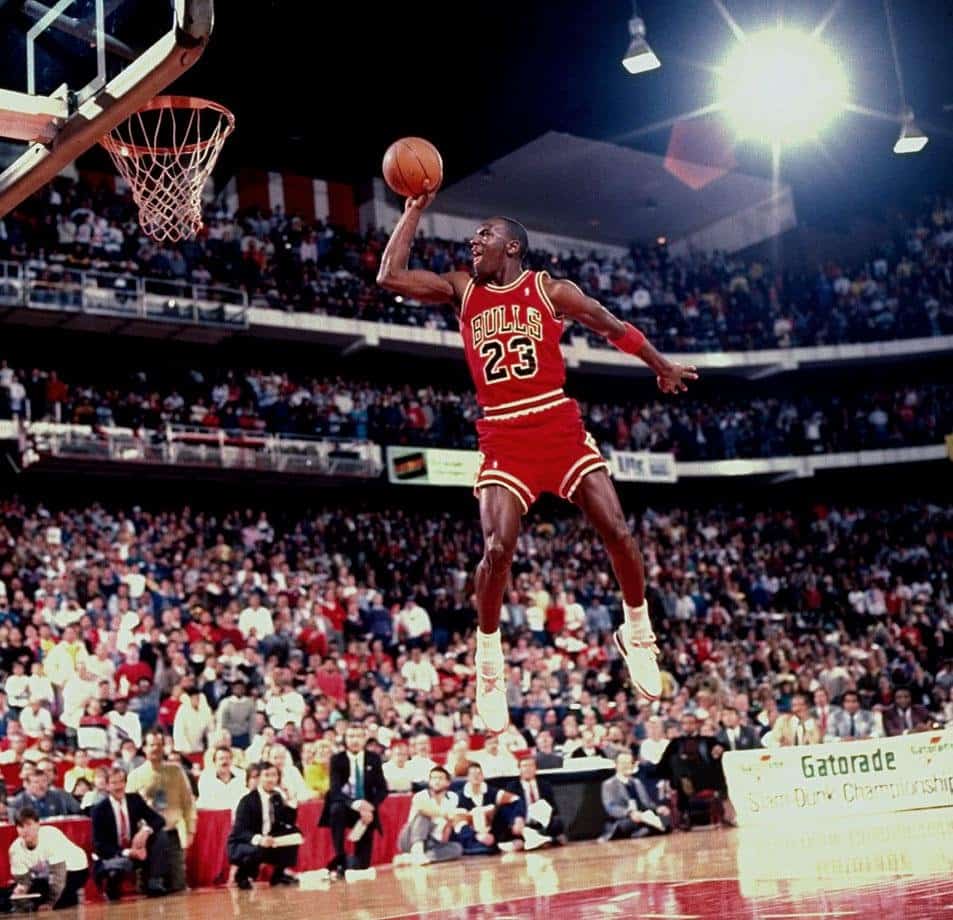 Here’s Jordan taking off from the free throw line and hanging in mid-air in one of his most iconic dunks of all time. 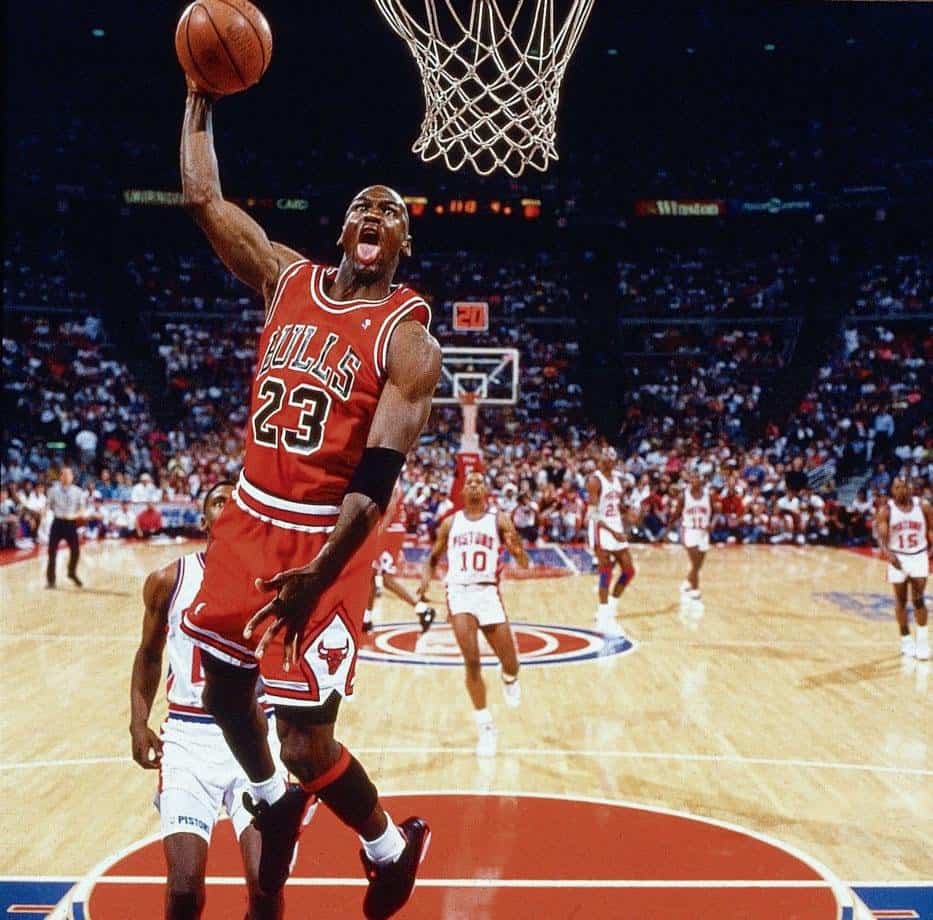 Jordan loving every minute of this dunk during a four-game sweep against the Detroit Pistons in the 1991 Eastern Conference Finals. 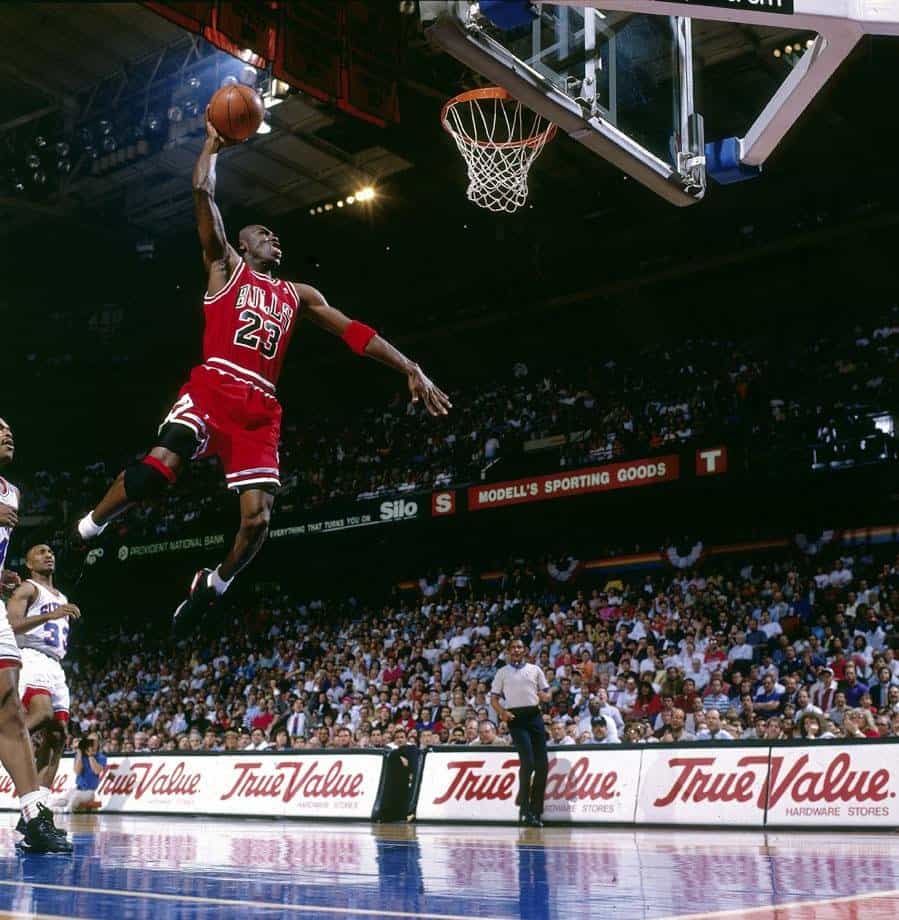 This time, it’s Jordan in action against the Philadelphia 76ers.

With The Zen Master 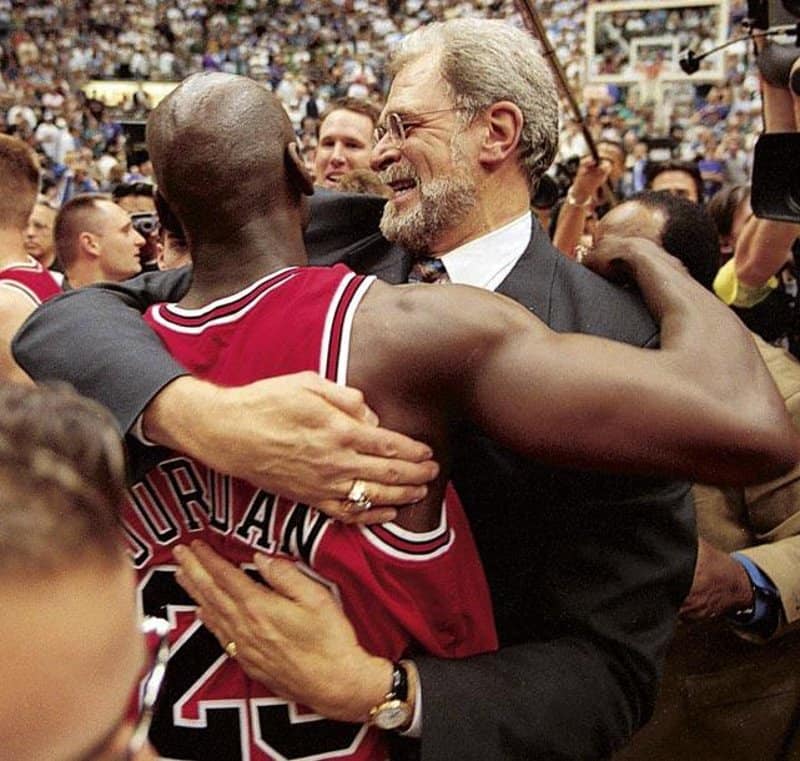 A great moment between Jordan and his coach, Phil Jackson, after winning the 1998 NBA Finals. It would be the last the duo would win together with the Chicago Bulls. 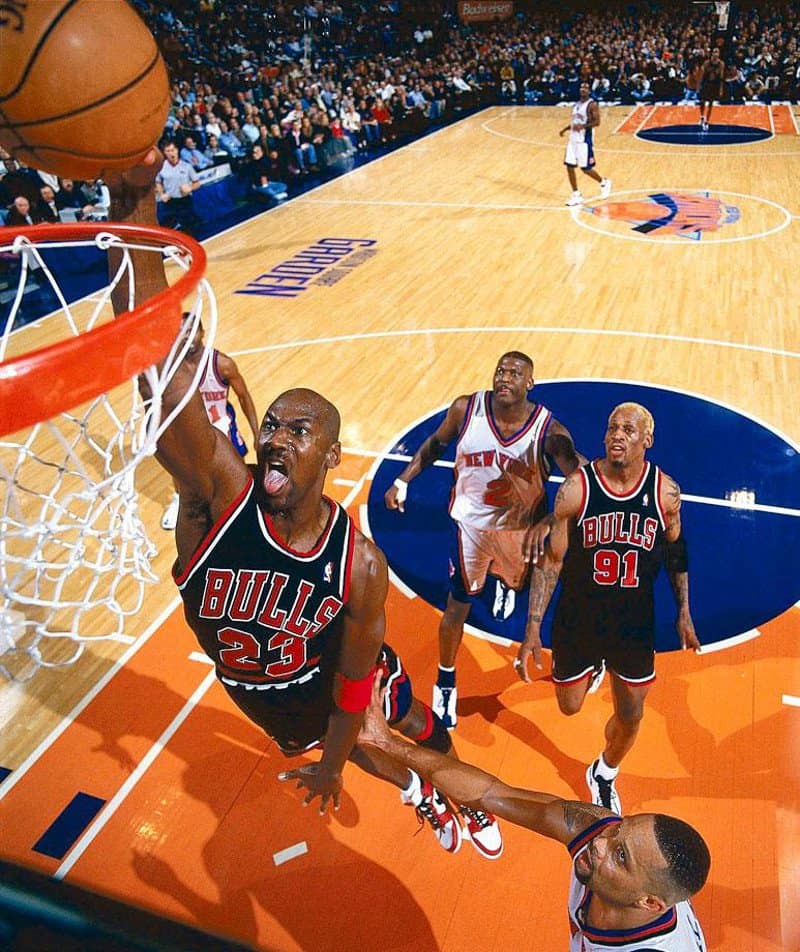 No one on the New York Knicks was going to stop Jordan going to the rim here. 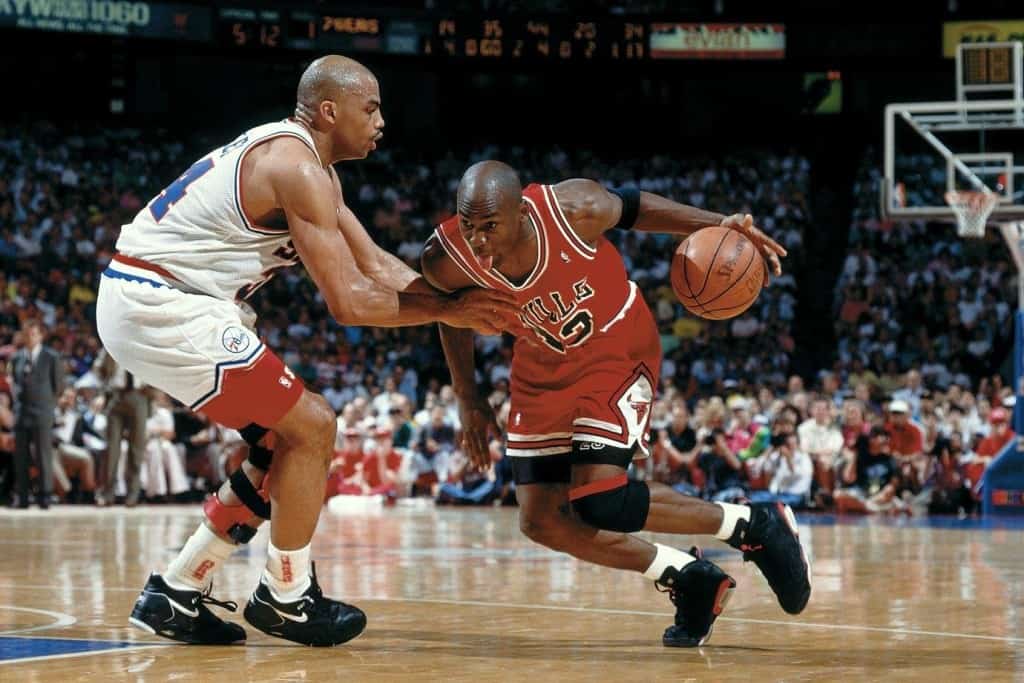 More known these days for being in the TNT studio, Barkley had his matchups against Jordan head-to-head. 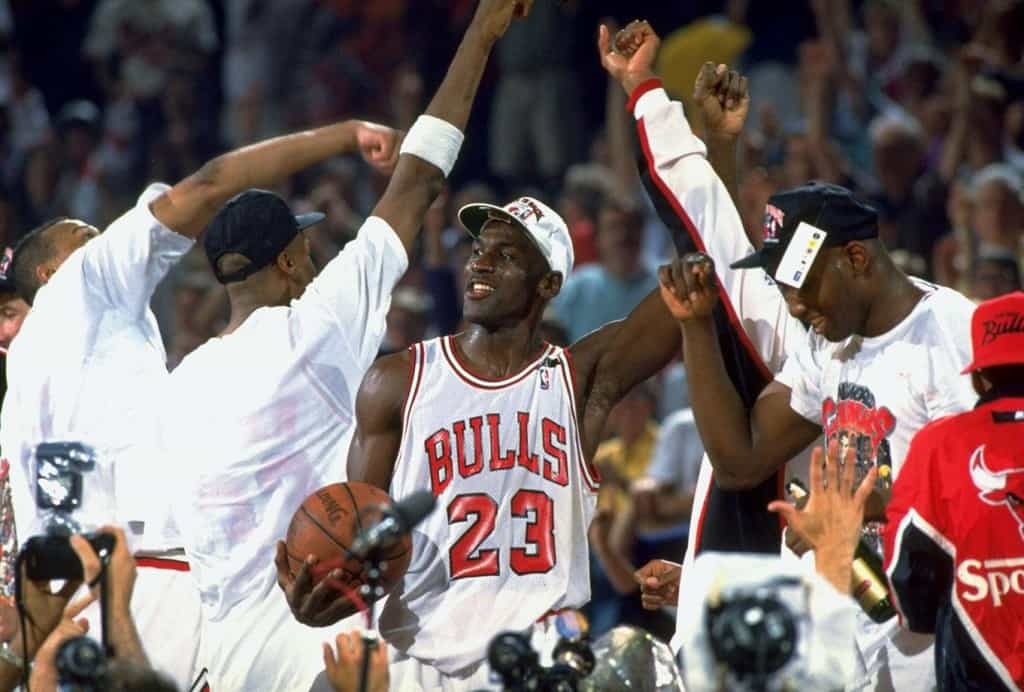 Jordan received the season MVP, Finals MVP, and his second title back in 1992 after defeating the Portland Trail Blazers.

It’s Not All Basketball 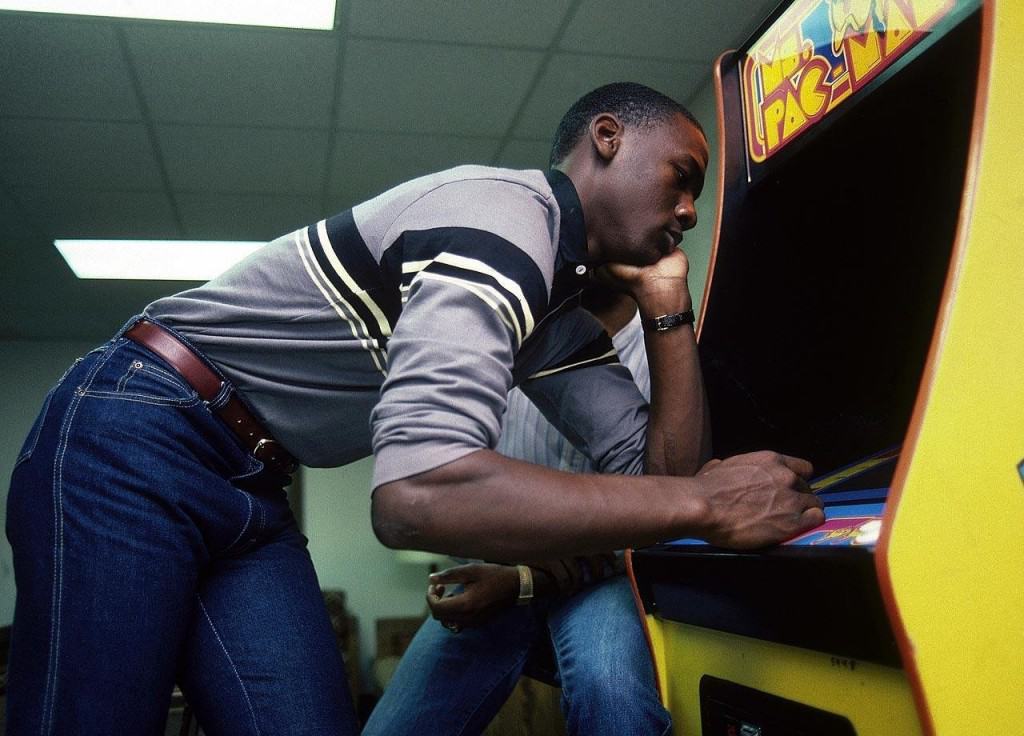 Before basketball became a career, here’s a young Jordan enjoying a round of Pac-Man. 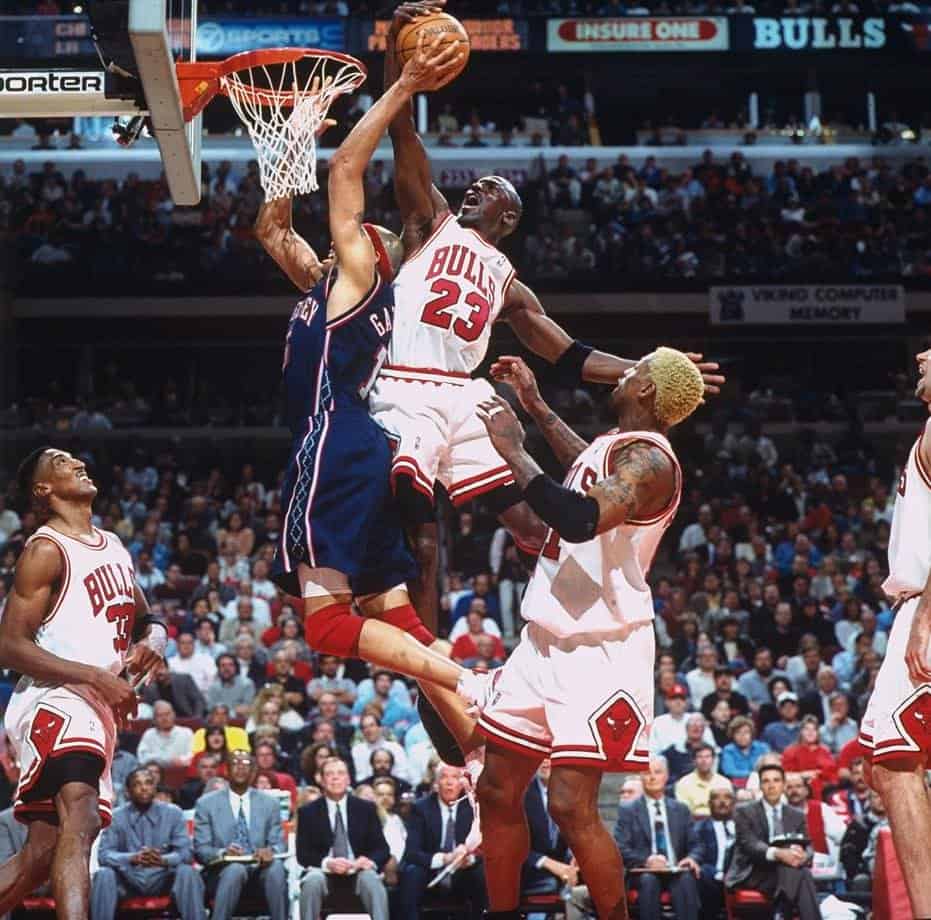 We all know Jordan can get high in the air and dunk, but he can also amaze on defense. Here he is in 1998 during the first round of the playoffs. 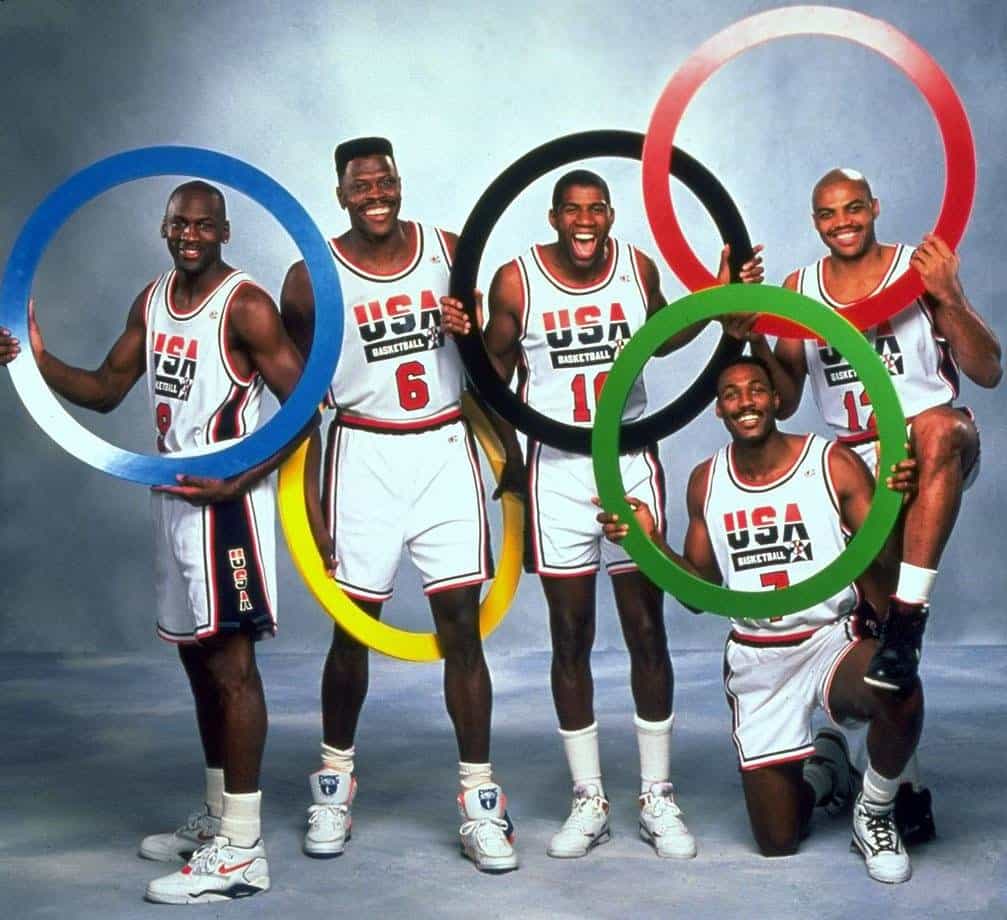 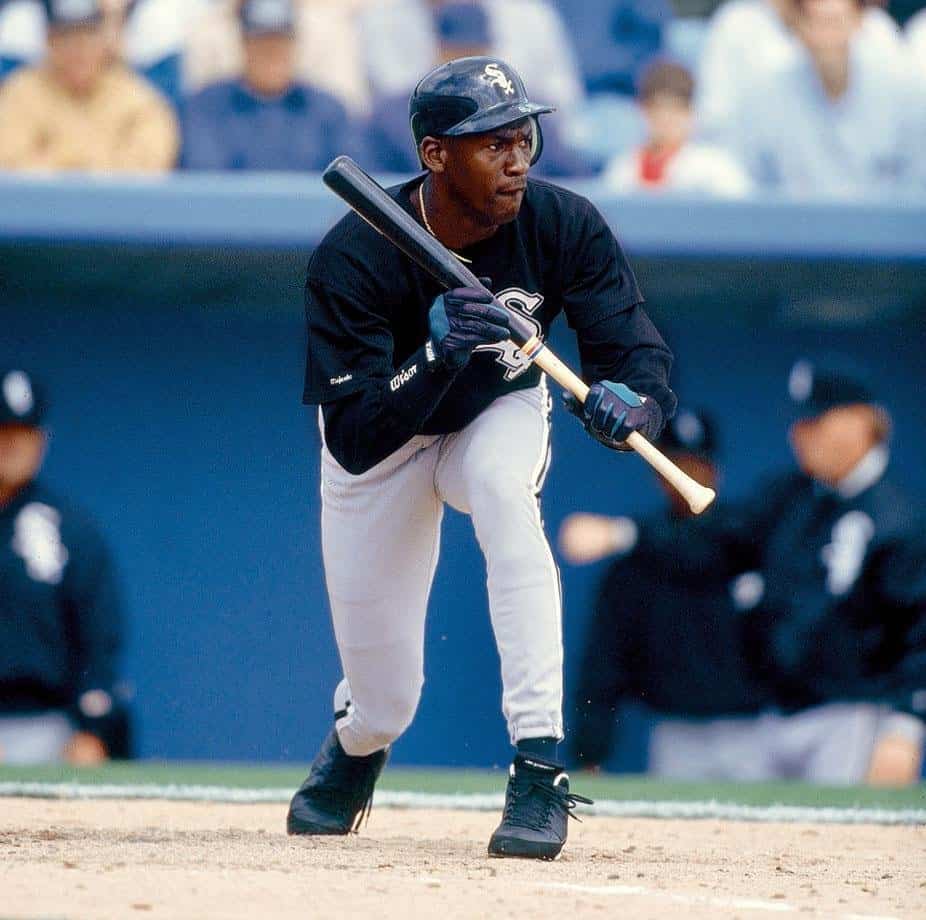 Jordan thought he could bring just as much talent to the baseball field, but the attempt was short-lived and returned to the court. 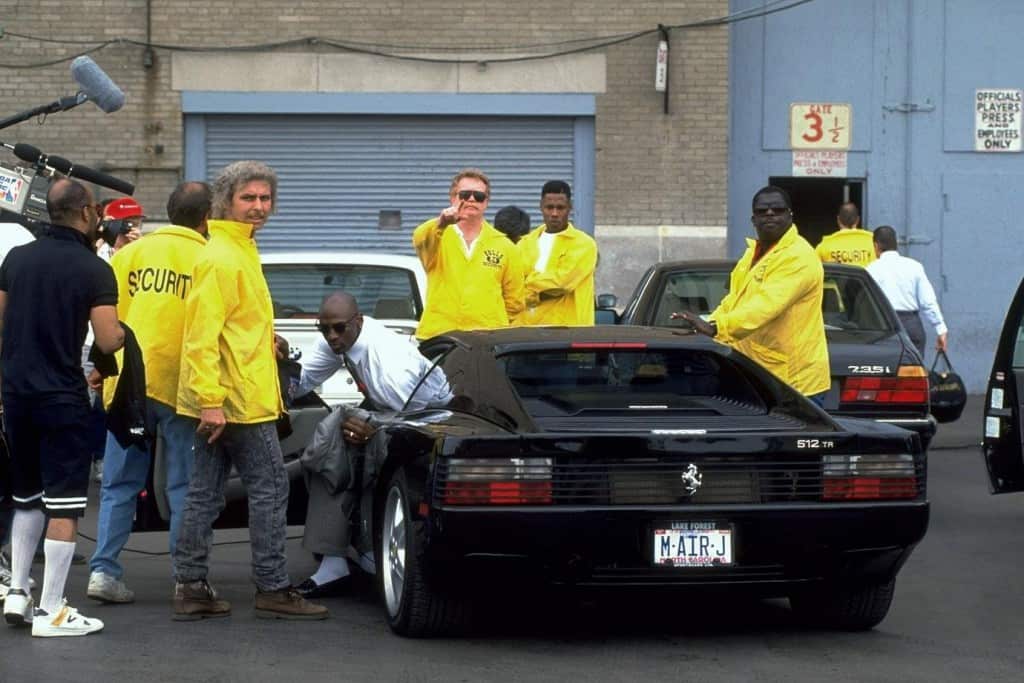 This snapshot back in 1992 of Jordan getting out of his car and heading into the arena gives a sample of how much security is always around him. 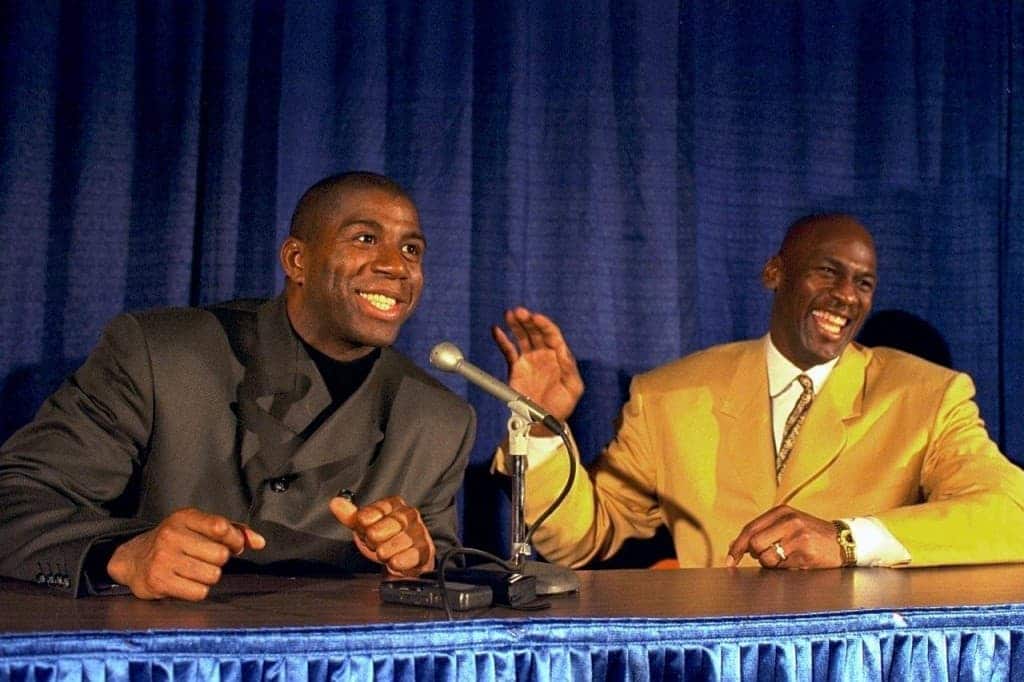 This photo with Johnson after a game in 1996 between the Bulls and Lakers shows how well Jordan got along with the other stars in the league. 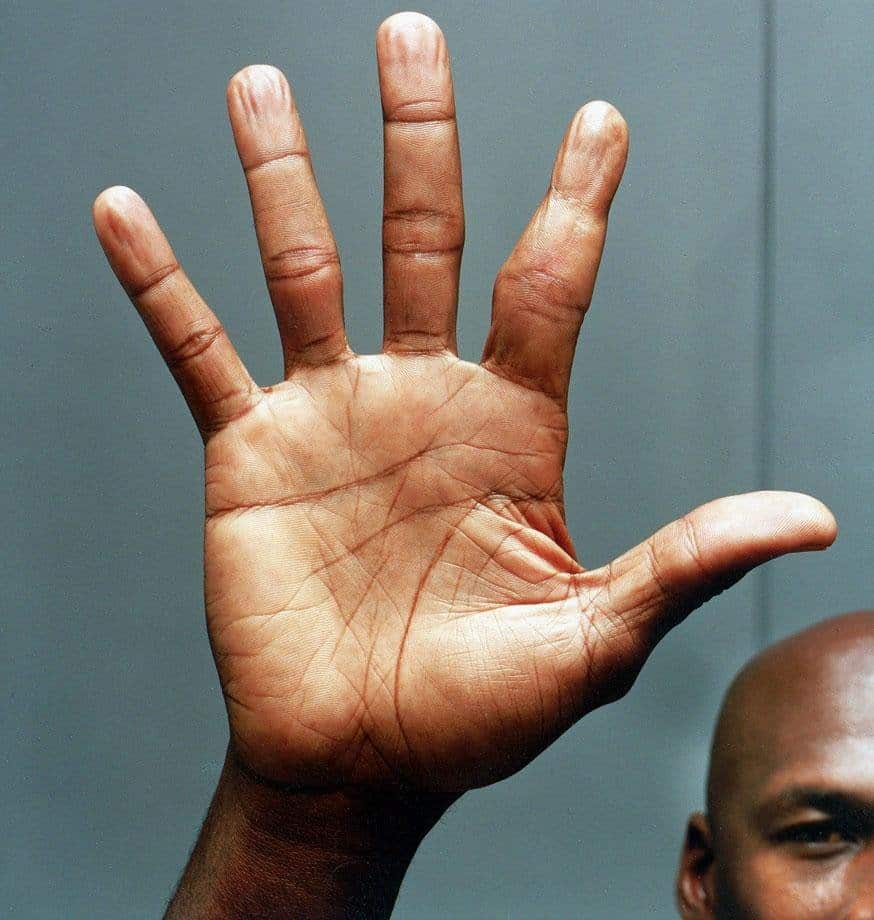 A close-up look at Jordan’s deformed index finger in 2005, two years after he officially retired from the NBA. 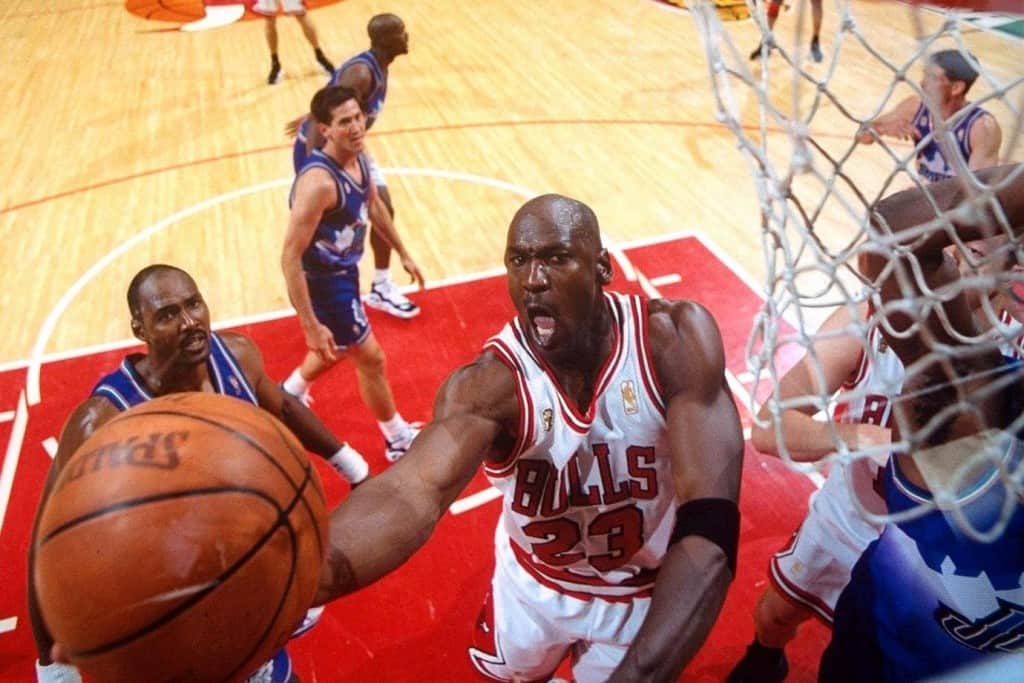 Jordan decimating the Utah Jazz as he’s about to deliver another shot in the 1997 NBA Finals. 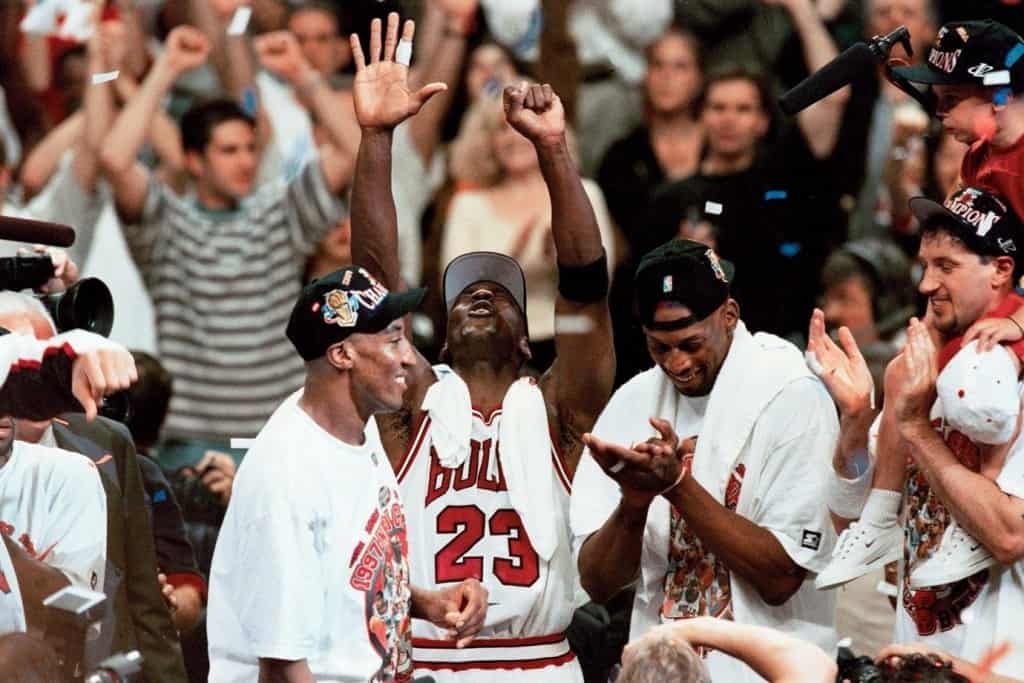 One of the best shots of Jordan along with his famous co-stars, Scottie Pippen and Dennis Rodman. All of them won three championships together with the Bulls. 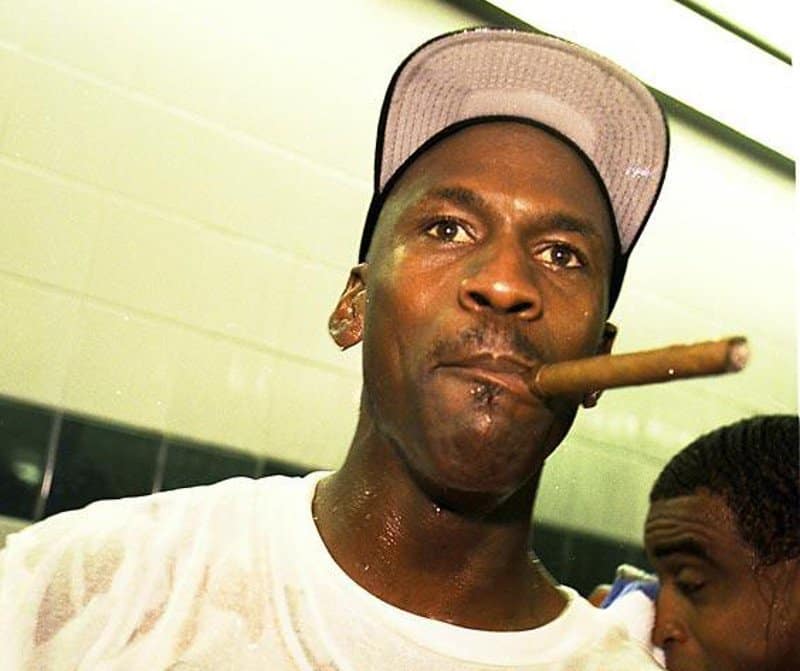 Here’s Jordan smoking a victory cigar after defeating the Utah Jazz yet again in the 1998 NBA Finals. 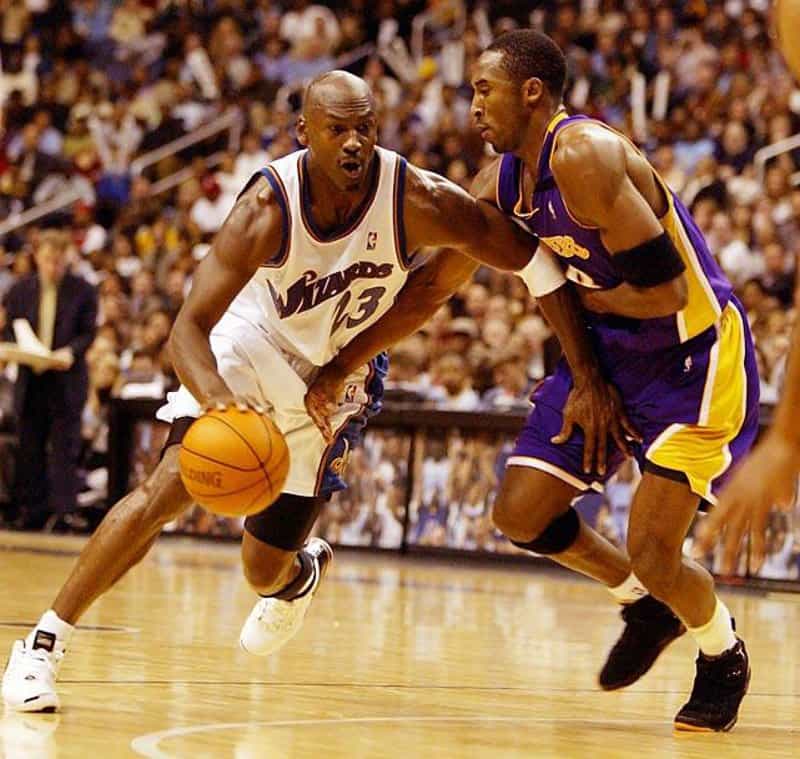 Jordan spent his final seasons with the Washington Wizards. Here he was going up against Kobe Bryant, who would eventually become one of the NBA’s biggest stars a decade after Jordan dominated.