20 Of The Funniest Snowmen Pictures Of All Time

Winter may seem far away, but the reality is that it’s just around the corner. And what better thing to do outside in winter than build a snowman! We all grew up making snowmen at one point or another, but let’s face it: most snowmen are pretty standard and tame. That got us thinking, are there any super-funny and super-creative snowmen pictures out there to let us know what we’ve been missing? What we found was awesome – and hilarious. So, without further ado, here are 20 Of The Funniest Snowmen Pictures Of All Time.

Enjoying A Day In The Park 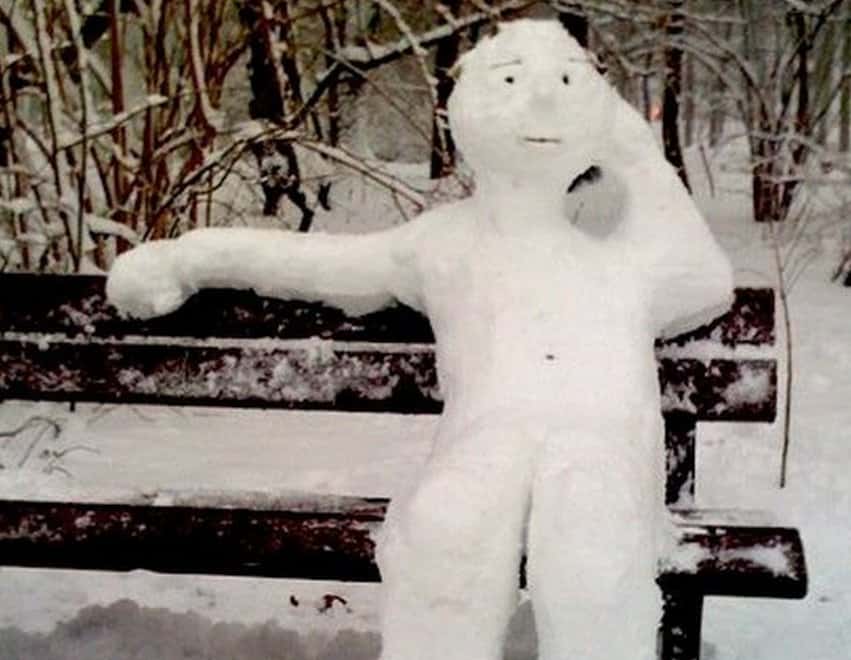 We all love sitting on park benches and watching time go by. Well, as it turns out, so do snowmen! 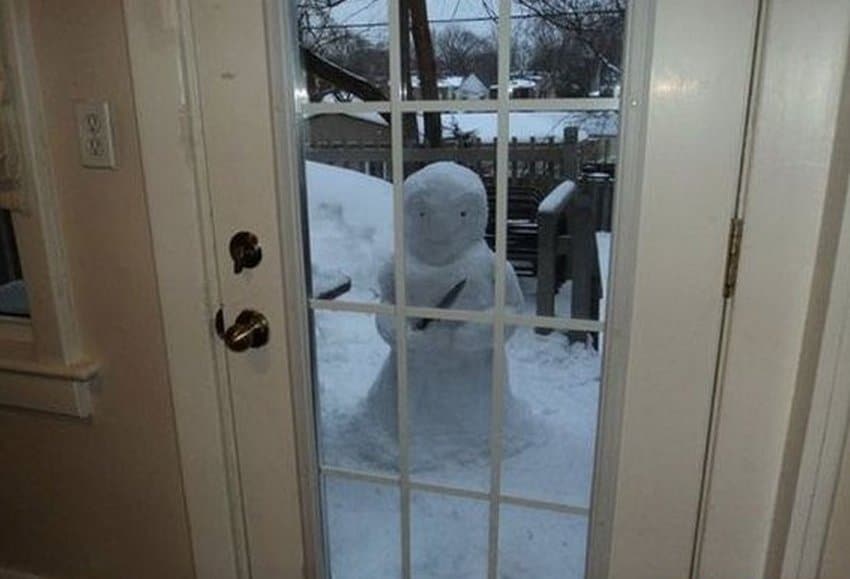 This one scared us, we’re not going to lie. We always knew a snowman would do us in. 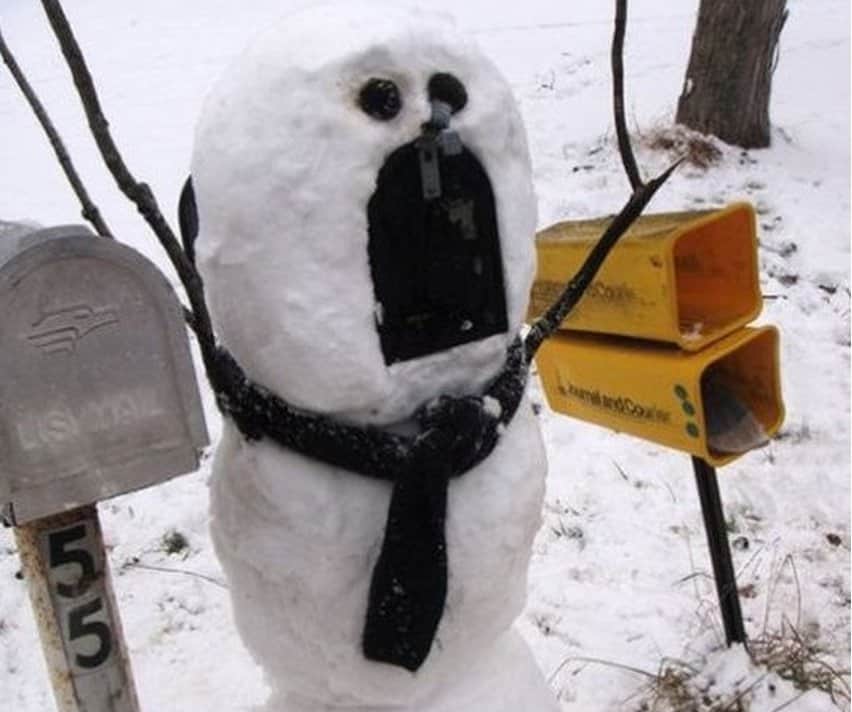 We wish we had thought of this one, especially making the mailbox the mouth! 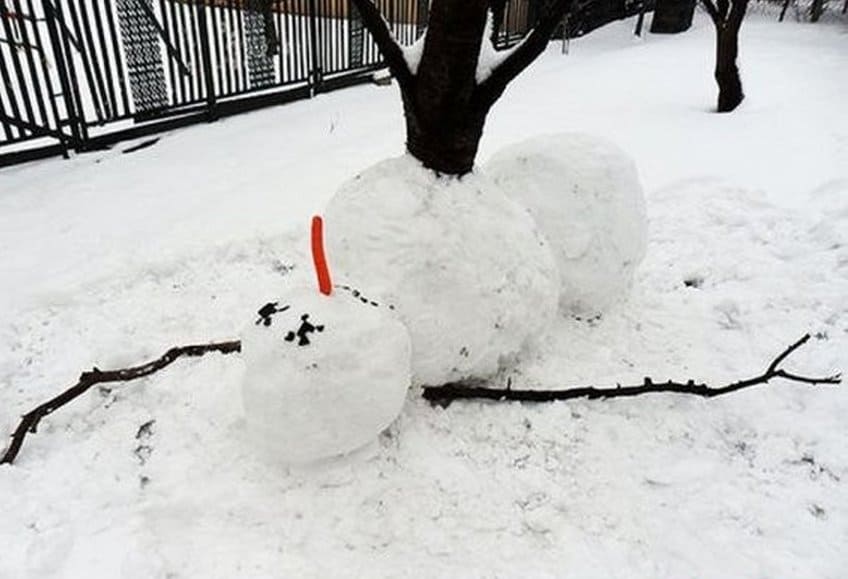 Looks like this snowman fulfilled his lifetime dream of skydiving, only to fall and be impaled by a tree. 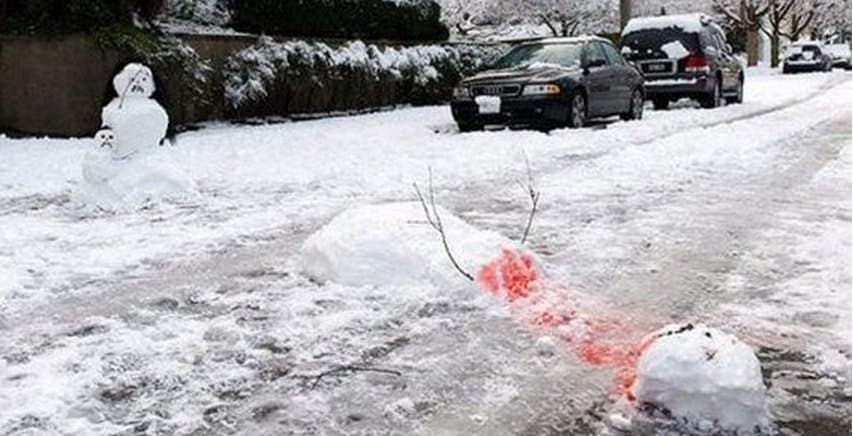 Not only did this poor snowman meet an untimely end crossing the street but his family was there to witness it… that’s just sad.

He Just Couldn’t Take It 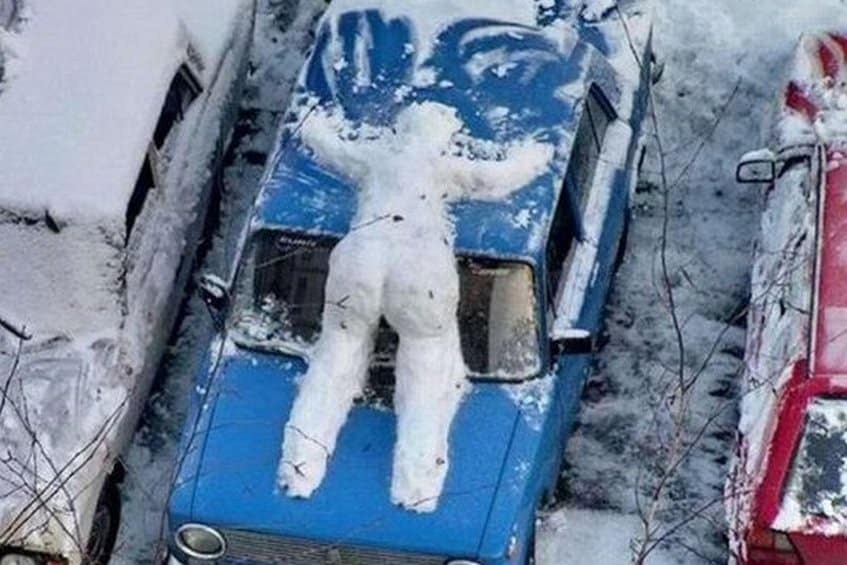 It’s a sad thing when snowmen commit suicide, we hear this one couldn’t bear the thought of spring approaching. 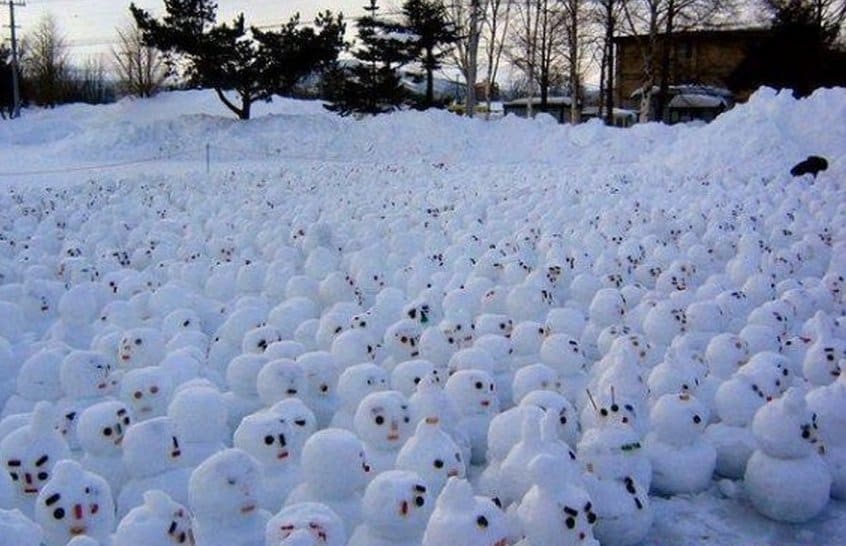 This is pretty darn scary, they’re organized and are now plotting the overthrow of human civilization. 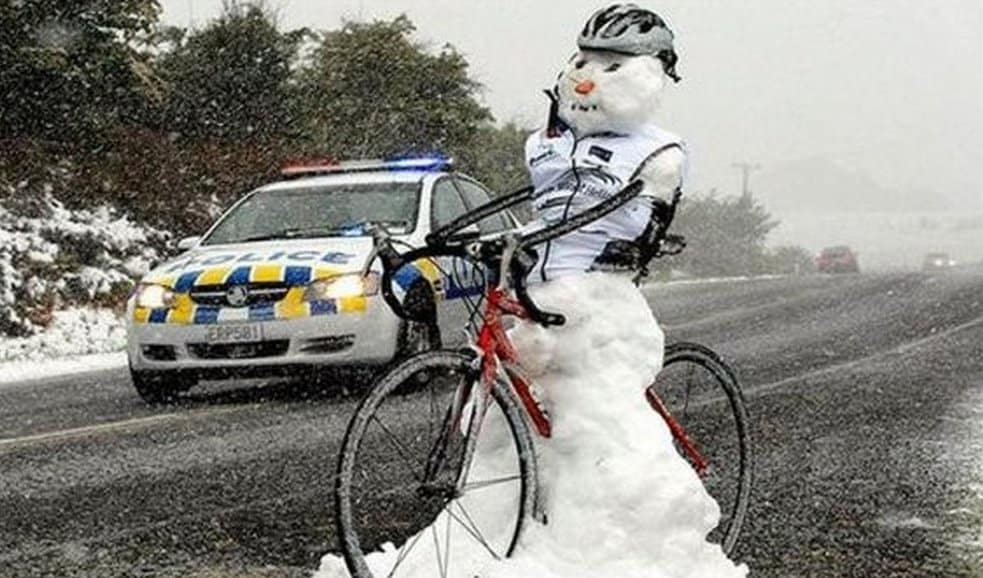 This would have taken awhile, and required a major risk on the part of this snowman’s human creator since it appears to be on the side of a major road. 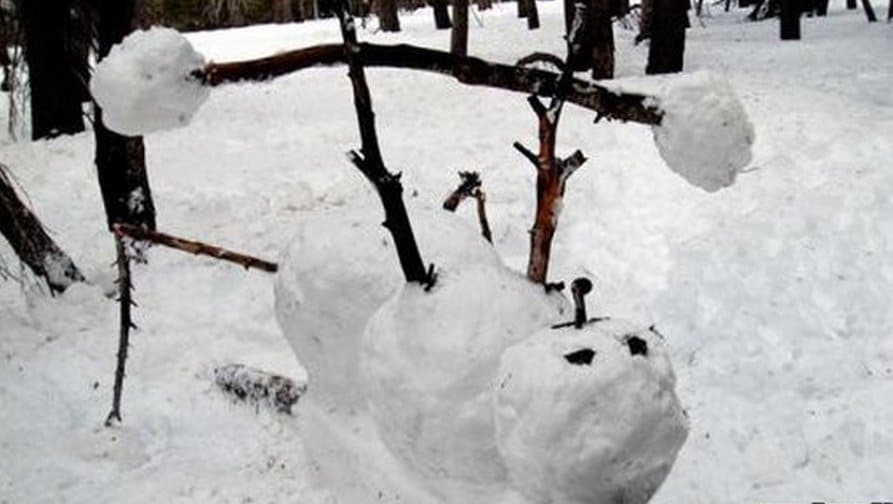 This snowman is working hard to become physically fit! 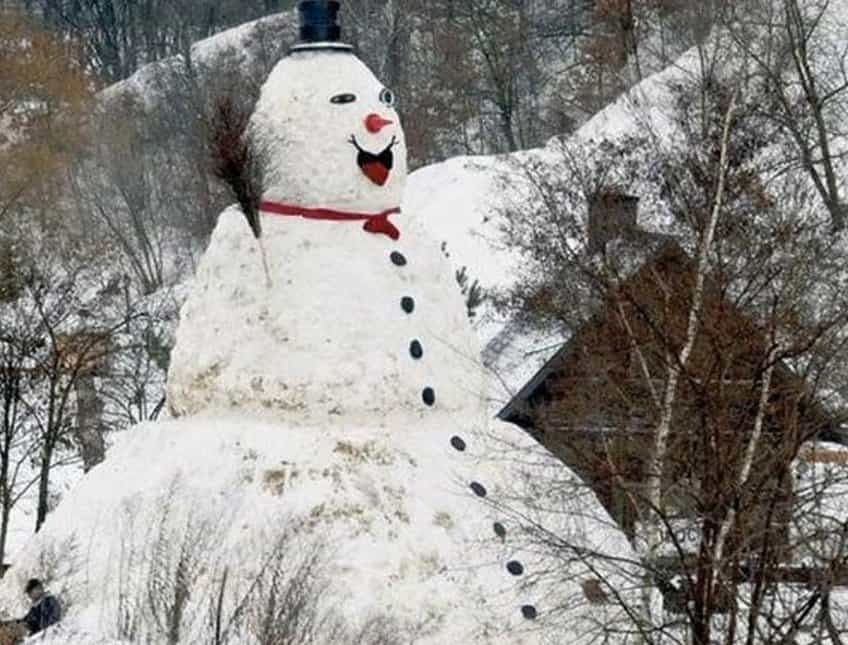 We’re not sure what was used as the base for this snowman, but we’re pretty impressed with a 2+ story snowman no matter how you slice it.

Which Dog Is Fake? 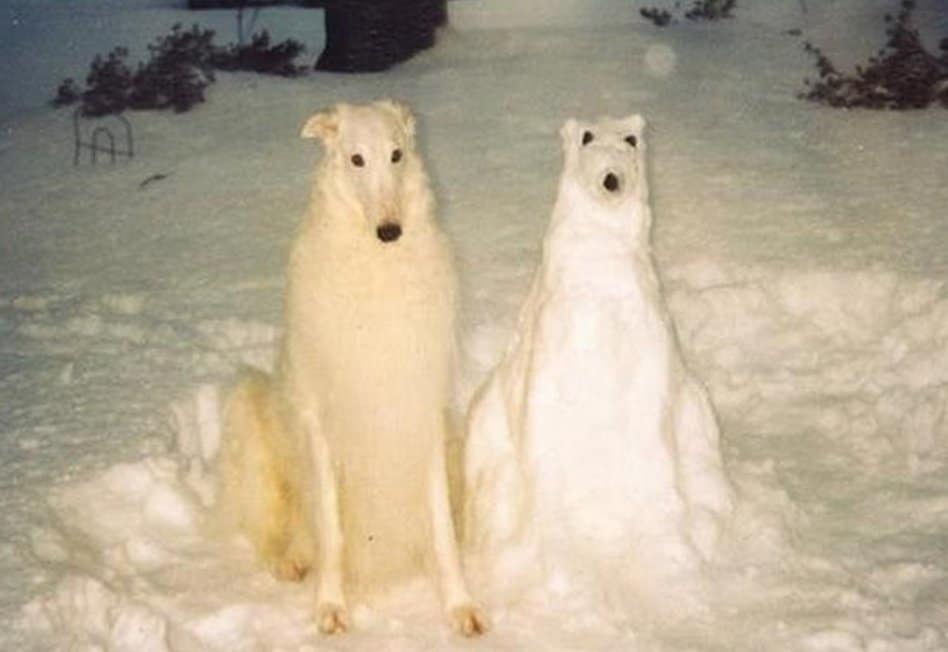 We had to look closely at this one… 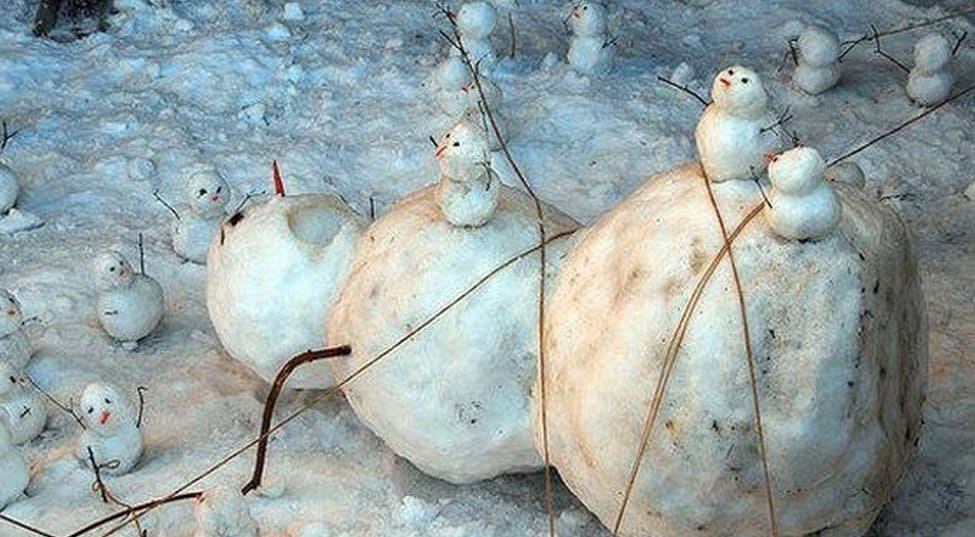 This is hilarious, and the details are impressive all the way down to the ropes which were used to tie down the giant. 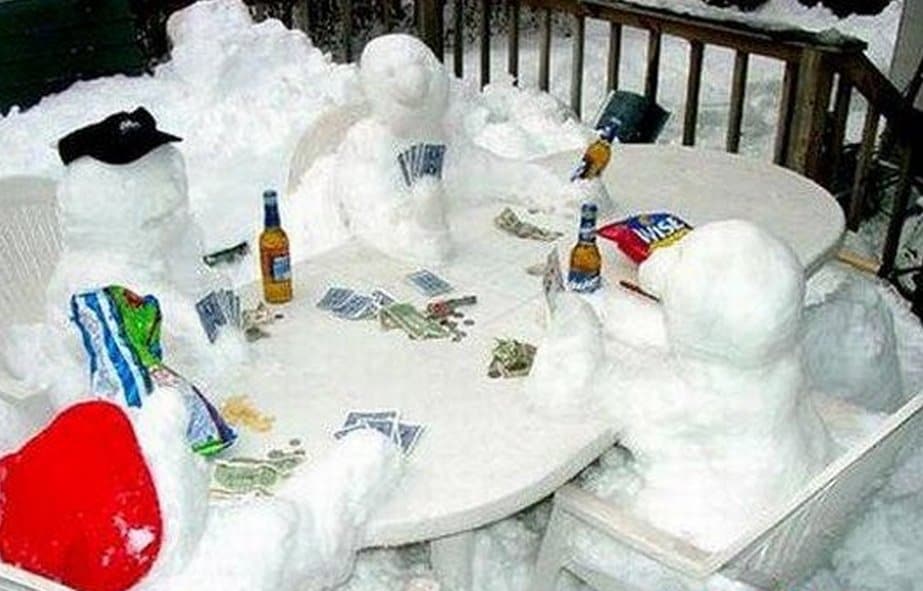 There’s nothing like getting together with friends, popping open a cold one and playing cards. 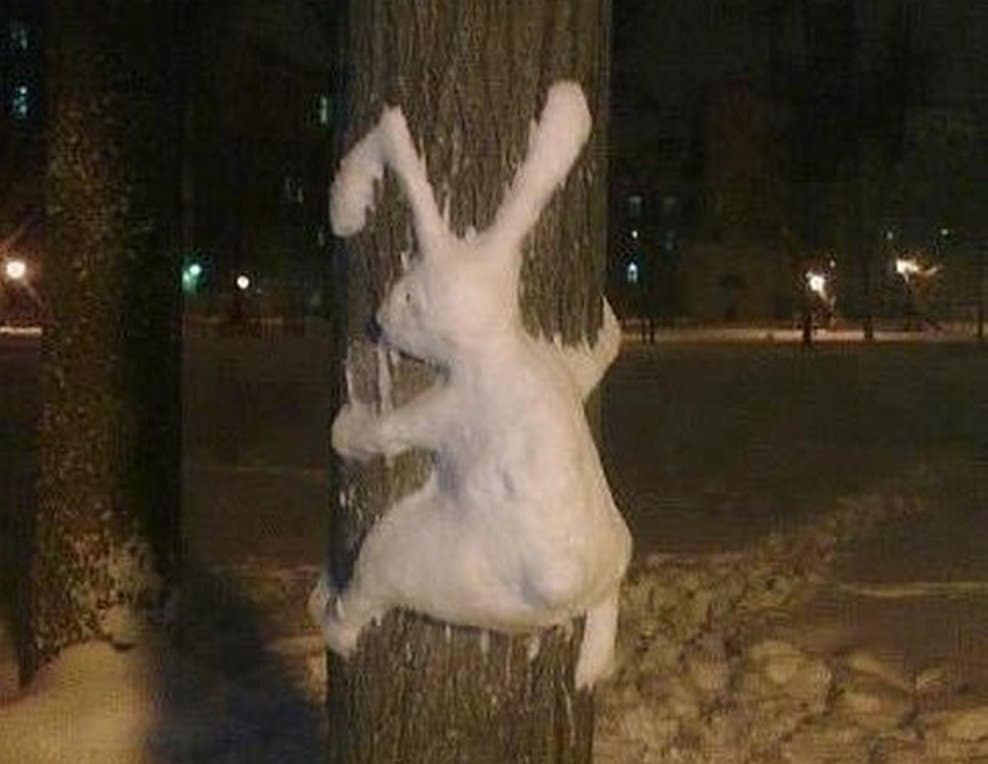 Okay so it’s not a traditional “snowman” but we loved this anyway. 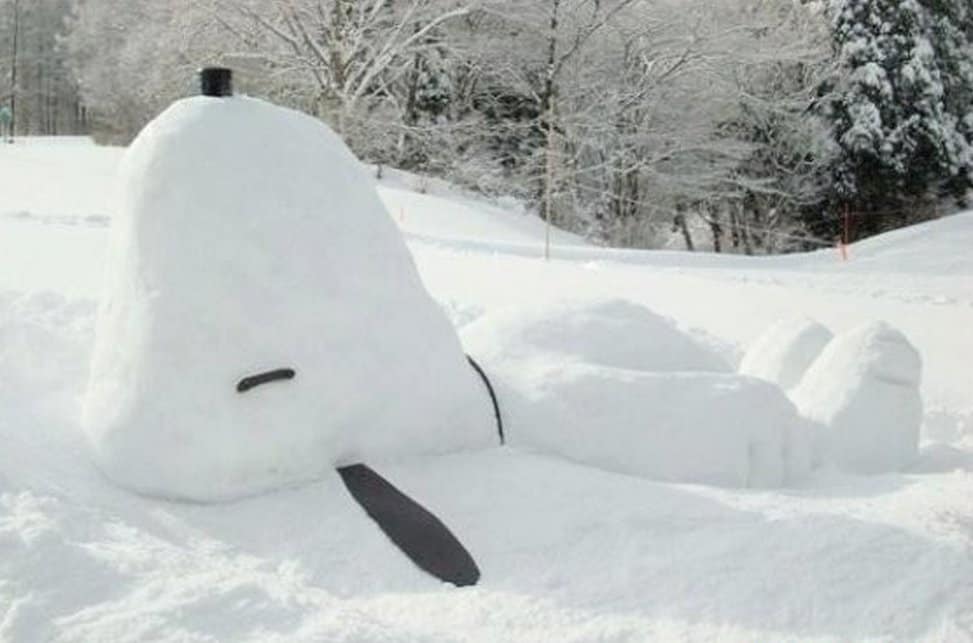 Everyone grew up loving the “Peanuts” gang, and perhaps the most popular character was Charlie Brown’s pet beagle Snoopy. We’re totally doing this one at the first snowfall. 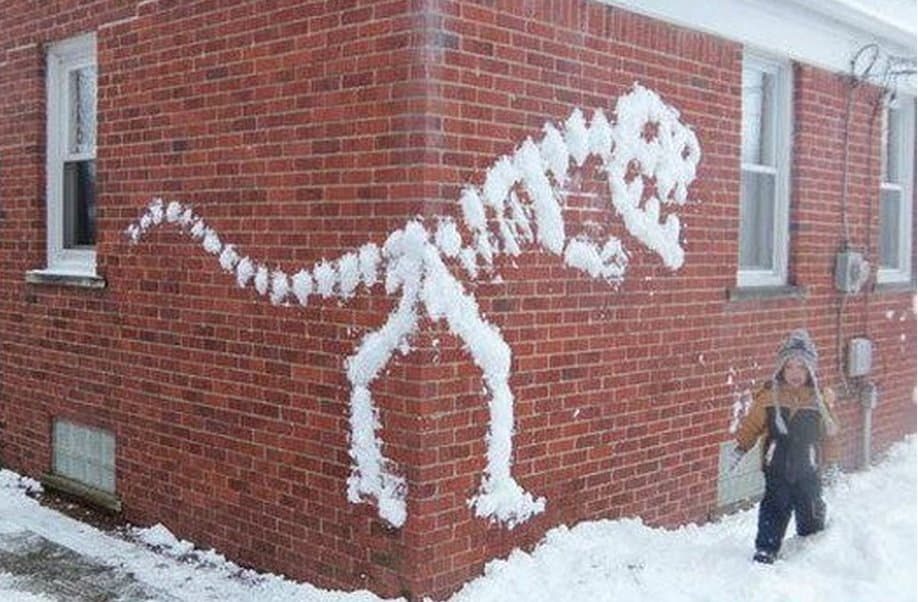 This isn’t a normal snowman either, but we have mad respect for the creativity it took to make this. 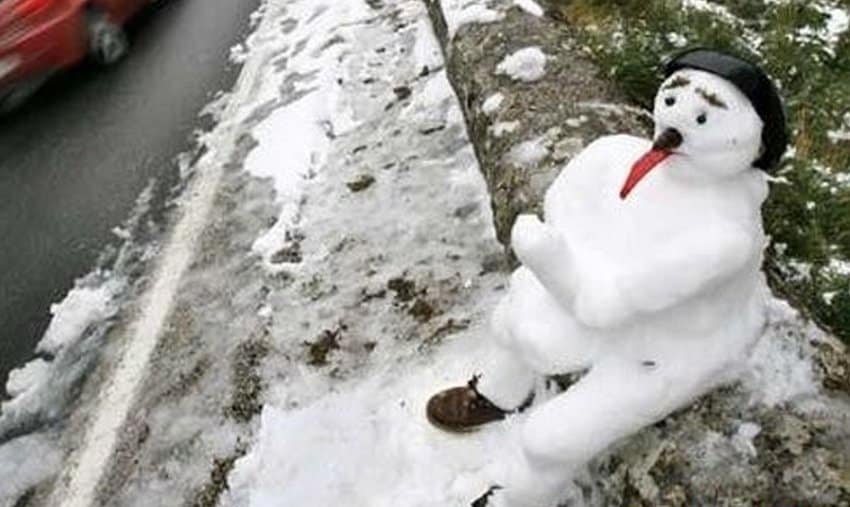 We know we’re not supposed to pick up hitchhikers, but we would totally give this guy a lift.

Calling Home To The North Pole 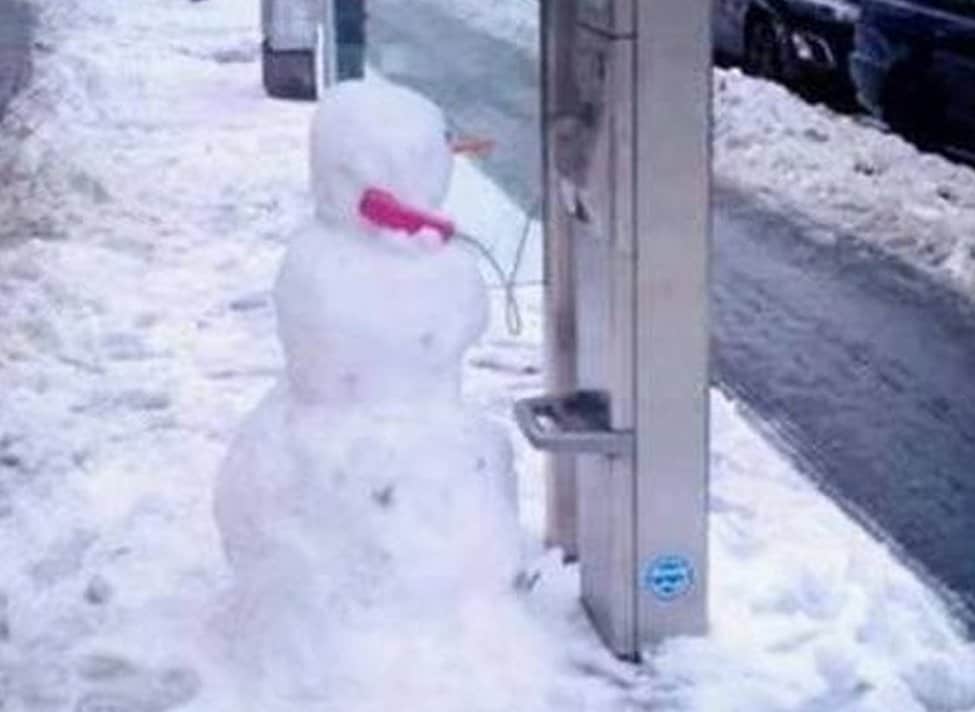 We appreciate the thought that went into this, although we’re not sure where a payphone might be located these days.

This Must Have Taken A While 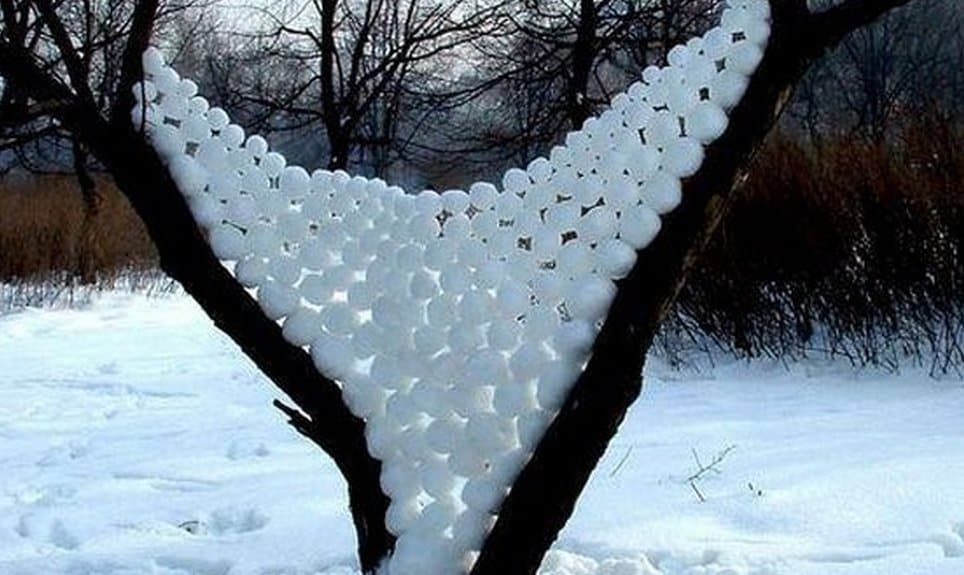 Okay, so it’s not a snowman, or snow-anything, but the time and concentration that went into making this made our jaws drop. 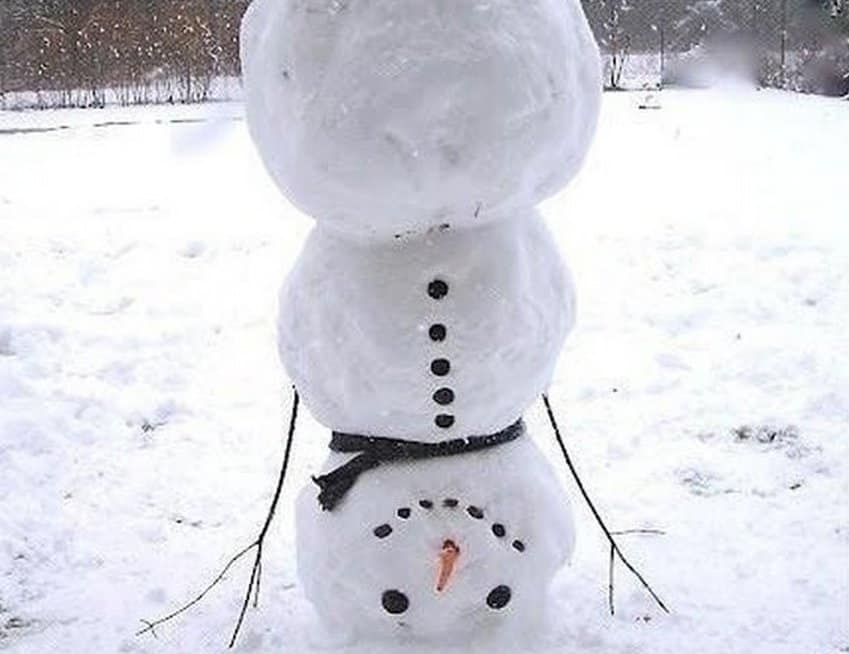 Everyone has built a traditional snowman that’s standing up, but this person turned that idea on its head – literally.