20 Of The Funniest Professional Sport Fails

The majority of the world watches sports – either live or on their television at home – and has a favorite team to root for while they do so. Unfortunately, even these professional stars tend to have a slip-up or two along the way. What is worse, however, is when those failures are caught on camera for everyone to relieve indefinitely. Most stars wouldn’t care, but some probably face the humiliation all the time. Here are twenty of the funniest fails to occur within the sports world. 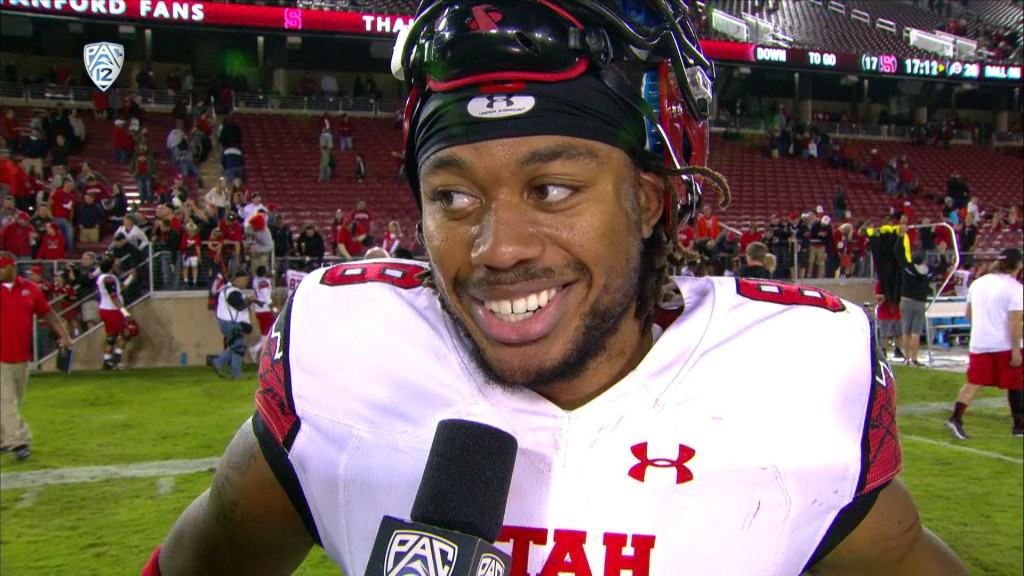 The University of Utah’s star receiver, Kaelin Clay, literally dropped the ball last year on his way to a touchdown. The player ended up losing his grip on the football at the 1-yard line as he went into a premature celebration. Whoops. 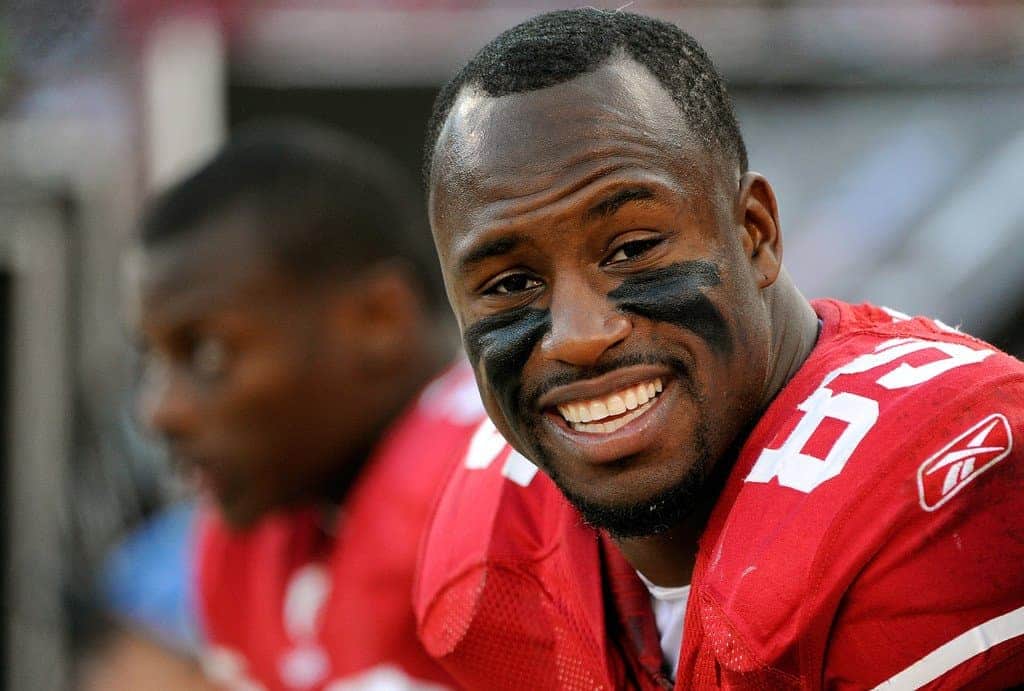 Vernon Davis thought he was going to score a nice touchdown for his team, but people ended up just laughing instead of cheering. Davis ended up messing up his touchdown celebration, and everyone will remember it for quite some time. 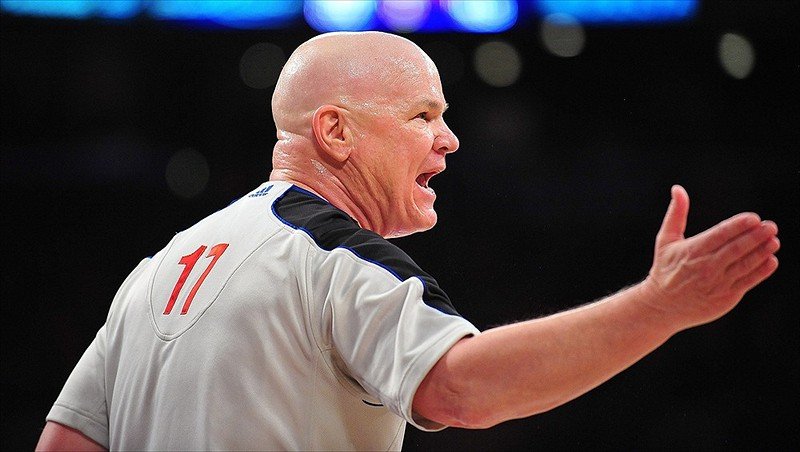 Referee Joey Crawford made a horrible blocking call in 2012 during a basketball game, and then proceeded to break into a dance, which some are assuming was the Safety Dance. It was hilarious, and yet incredibly awkward, too. 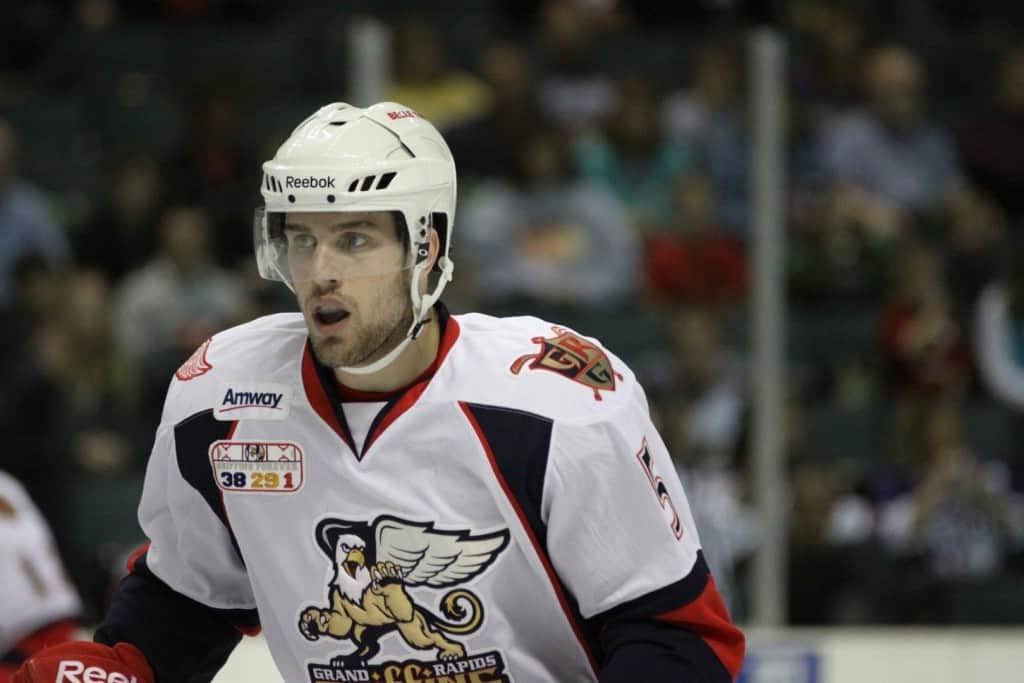 Detroit Red Wing Riley Sheahan thought he was having some fun one weekend, but ended up getting pulled over and arrested for being “super drunk” while driving in a Teletubby costume. That’s the type of ordeal no one is going to forget ever.

‘Chink in the Armor’ 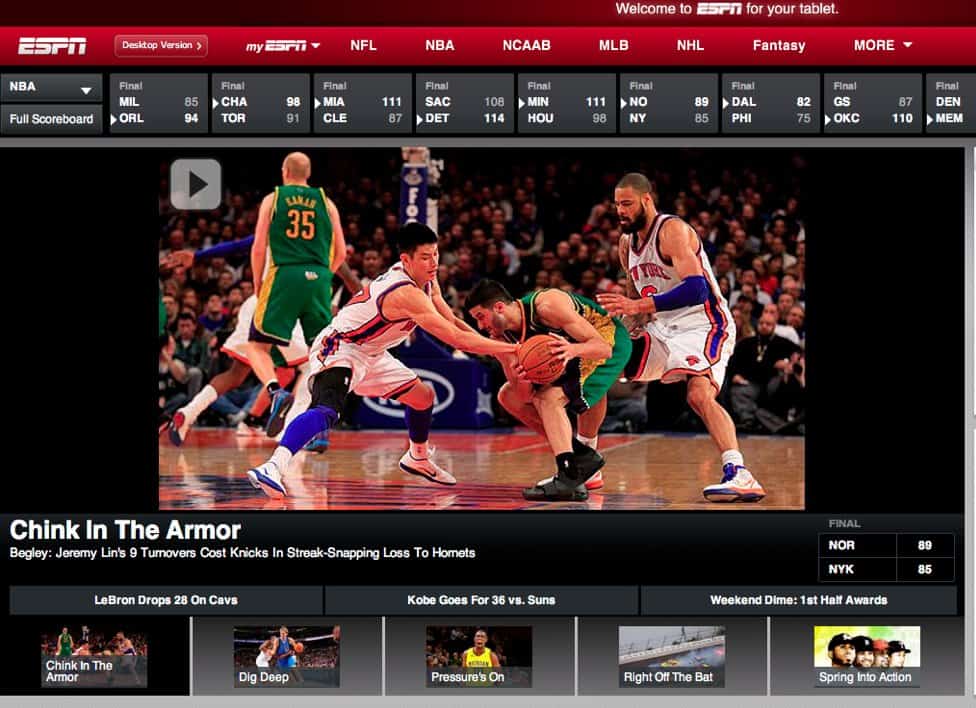 ESPN editor Anthony Federico released a headline that read “Chink in the Armor” while referencing Jeremy Lin, an Asian basketball player. A firestorm was unleashed upon Federico, which ended with him being let go from the sports network.

‘Up Close and Personal’ 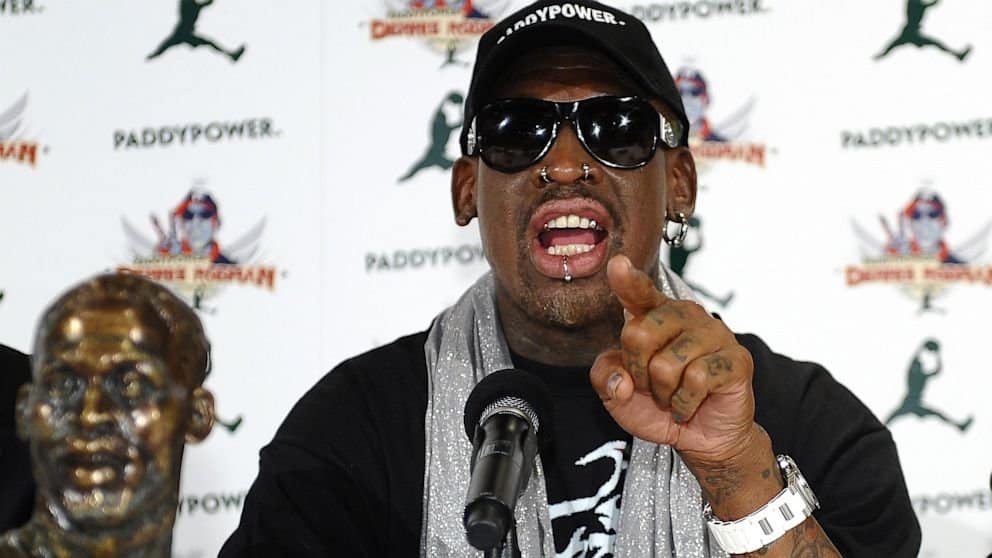 For just $60, you and a friend had the opportunity to hang out with Dennis Rodman “up close and personal” to watch a Bulls game at a bar in downtown Chicago a few years back. Rodman certainly has fallen a long, long way since stardom. 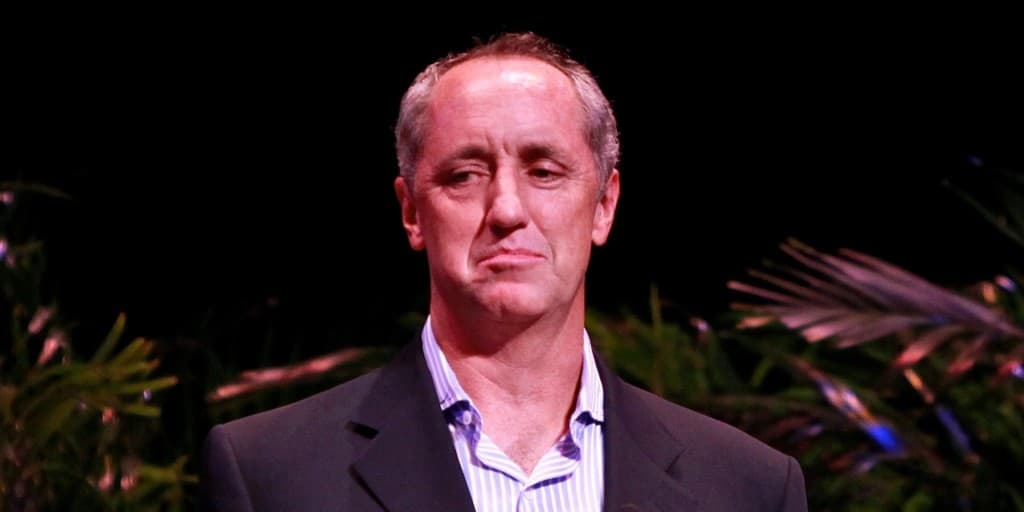 Rick Reilly, an ESPN analyst, was caught on camera begging his fellow co-anchors to give him a bit of love for a scoop he had posted on Twitter. It was definitely one of the most awkward moments to have been captured on the sports network. 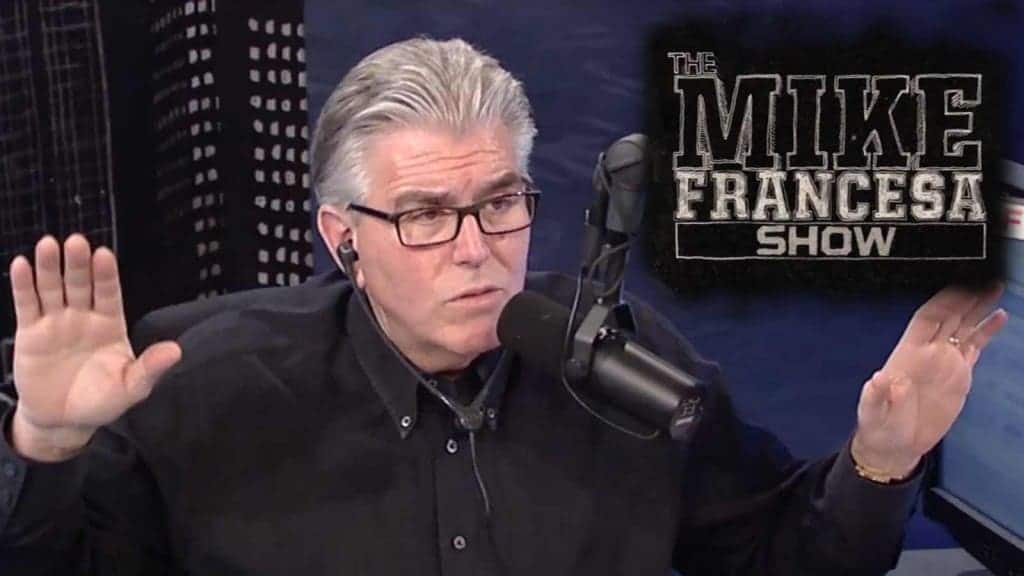 Mike Francesca was doing so well, until he fell asleep on live television while speaking to WFAN’s Sweeny Murti. The interview took a turn for the worse when he began snoring during the entire process. 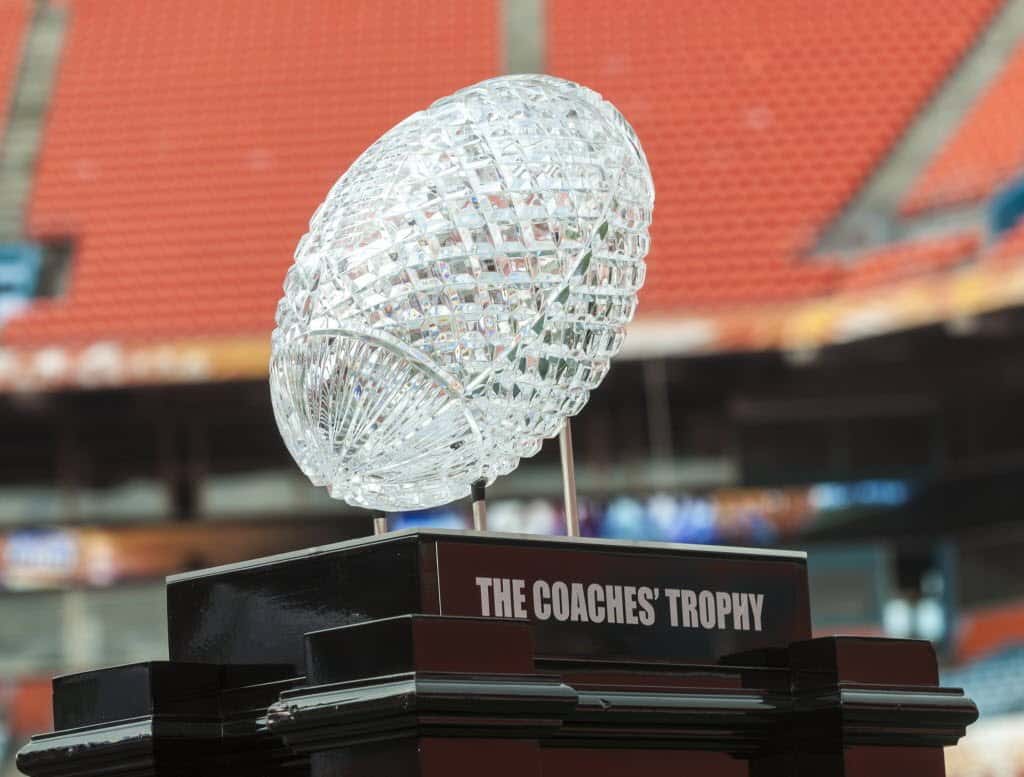 An Alabama player’s father took the fall for this one, unfortunately. The excited dad ended up breaking the championship trophy, which was a $30,000 Waterford crystal trophy. School officials began working with the American Football Coaches Association in an effort to get a replacement made. 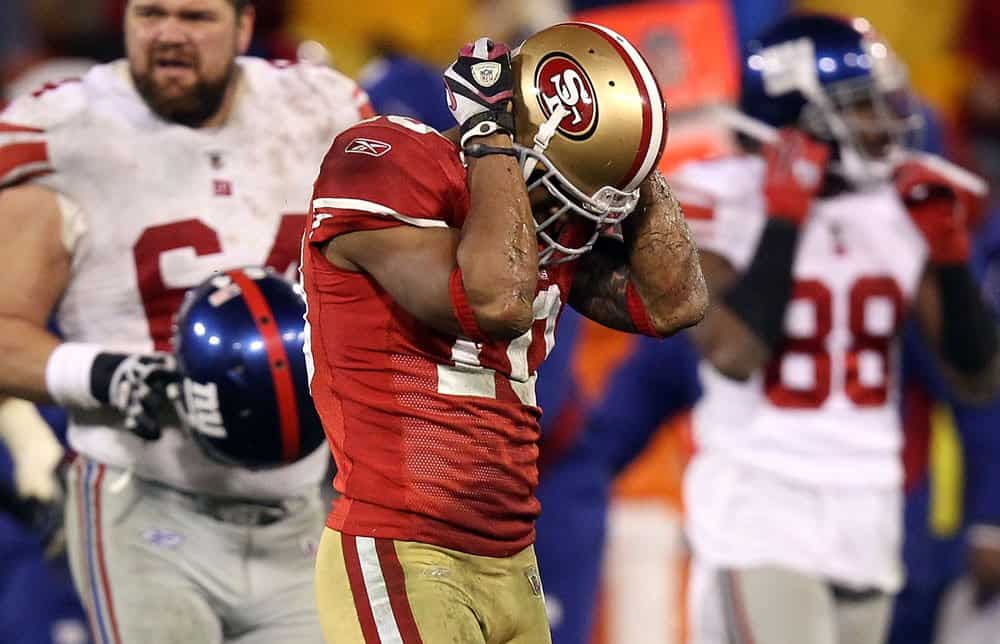 49ers punt returner Kyle Williams fumbled a game-losing punt – his second fumble of the game – which ensured that the Giants – their competition – ended up in the 2011-12 NFC Championship Game. Williams won’t live this one down anytime soon. 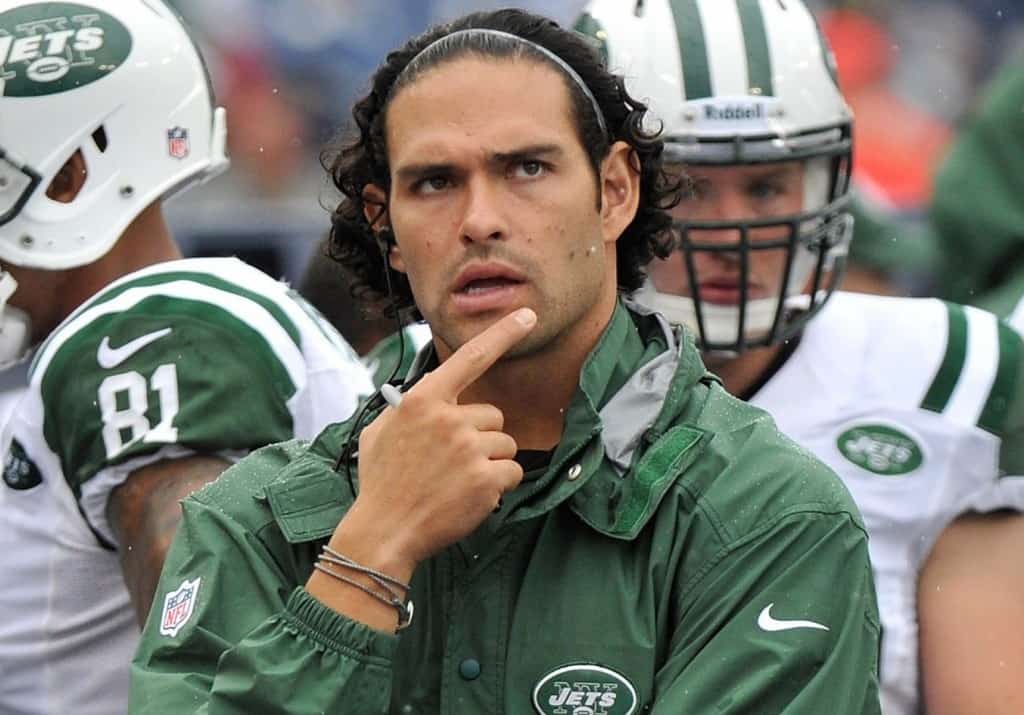 Jets quarterback Mark Sanchez ensured everyone was laughing at him as he ran head-first into offensive lineman Brandon Moore’s butt while on the field. It was a brilliant failure that everyone remembers quite well. 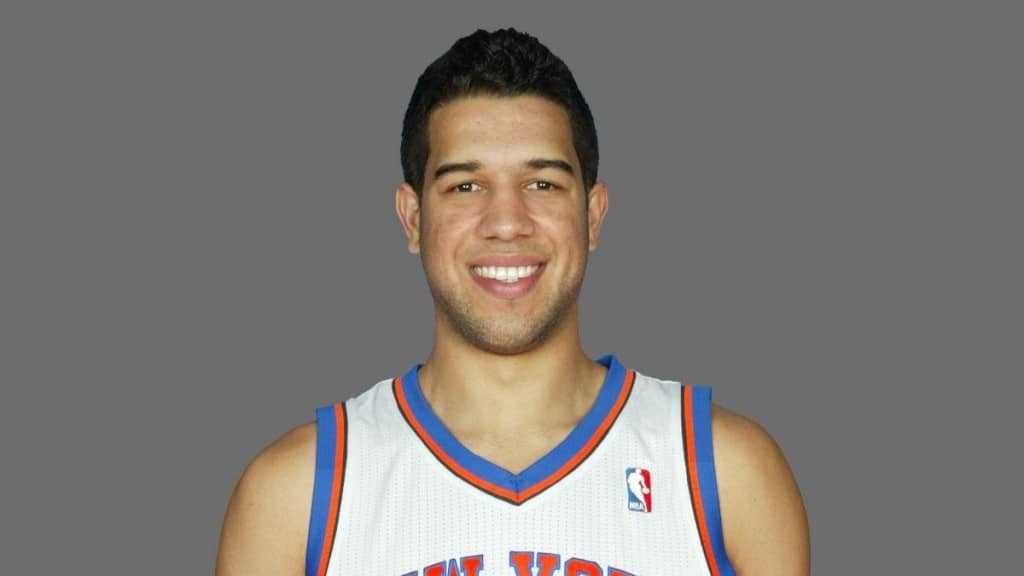 The Toronto Raptors may not be your favorite team, but they do occasionally make the headlines for some hilarious reason. Landry Fields tried to score, but ended up hitting the mop guy in the head instead of making it in the net. 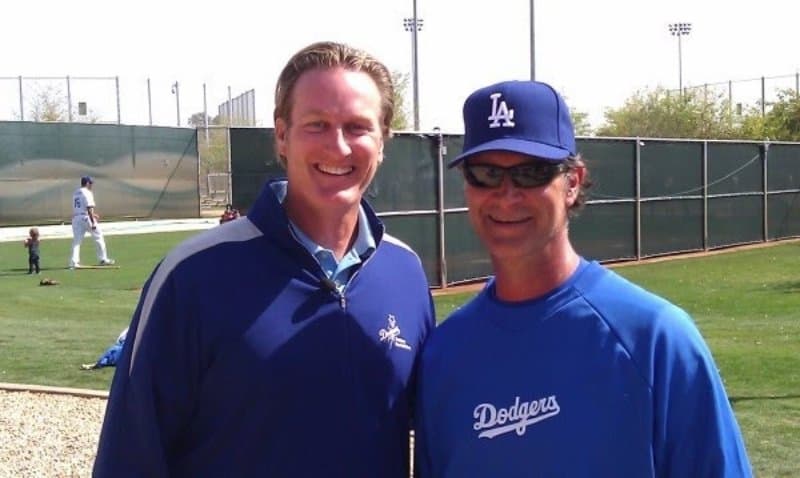 Steve Lyons thought he was going to make it to first base without any problems. Unfortunately, he ended up dropping his pants as he cleaned himself off following a successful slide. 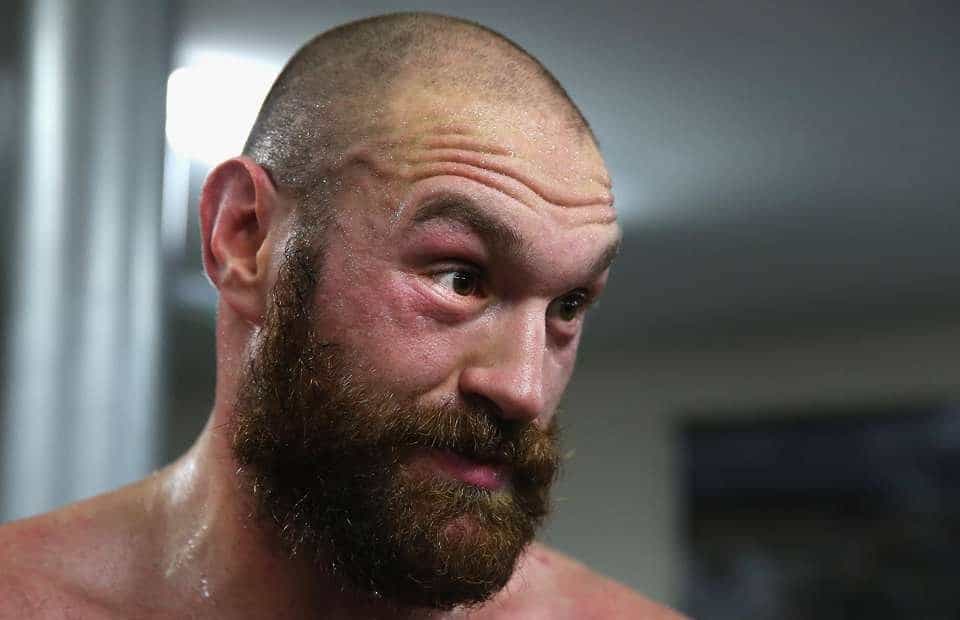 Tyson Fury was prepared for a knock-out. His opponent was right in front of him and about to take the hit, but Fury ended up punching himself in the face on accident. The slow-motion outtake is still hilarious. 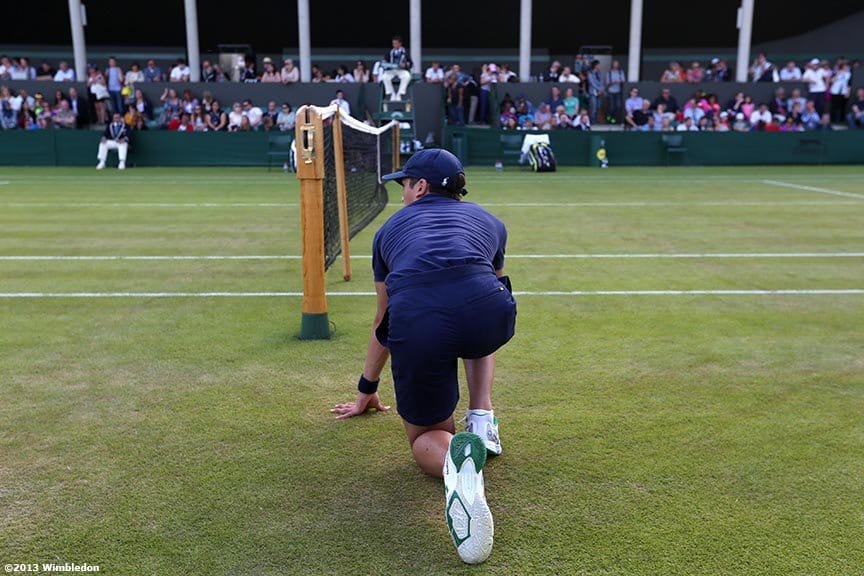 A ball boy was caught on live television, thanks to EuroSport, during a professional tennis match getting slammed in the side of the head. Ball boys, for those who don’t know, aren’t paid for their time spent helping out during a match. 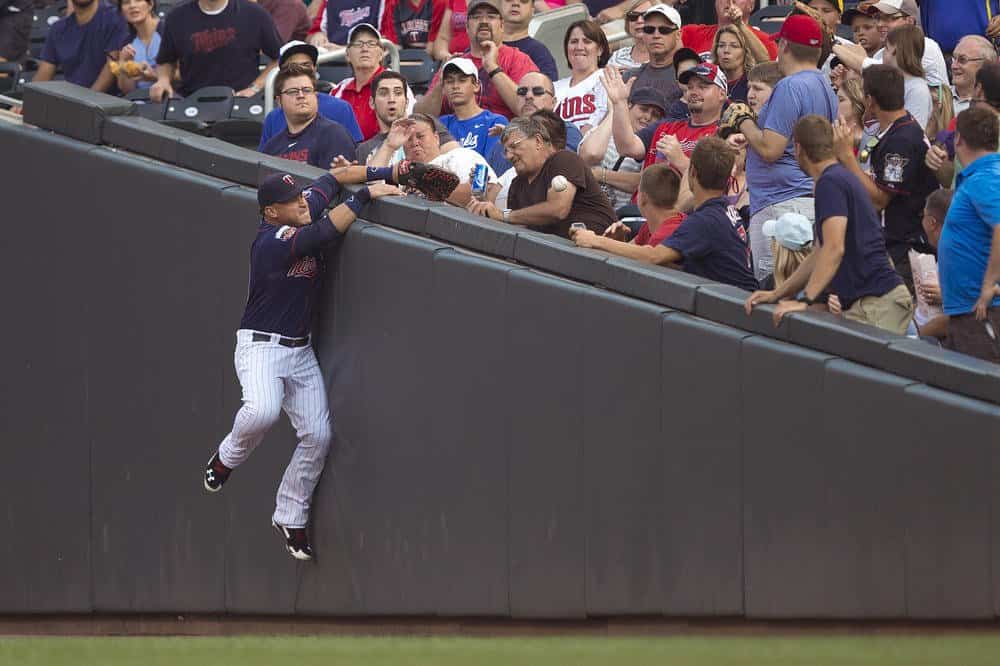 Oswaldo Arcia was hoping to catch the ball with his glove and get an out for his team, but instead ended up catching the ball using nothing but his face. Baseballs are incredibly hard, so that had to hurt just a little bit. 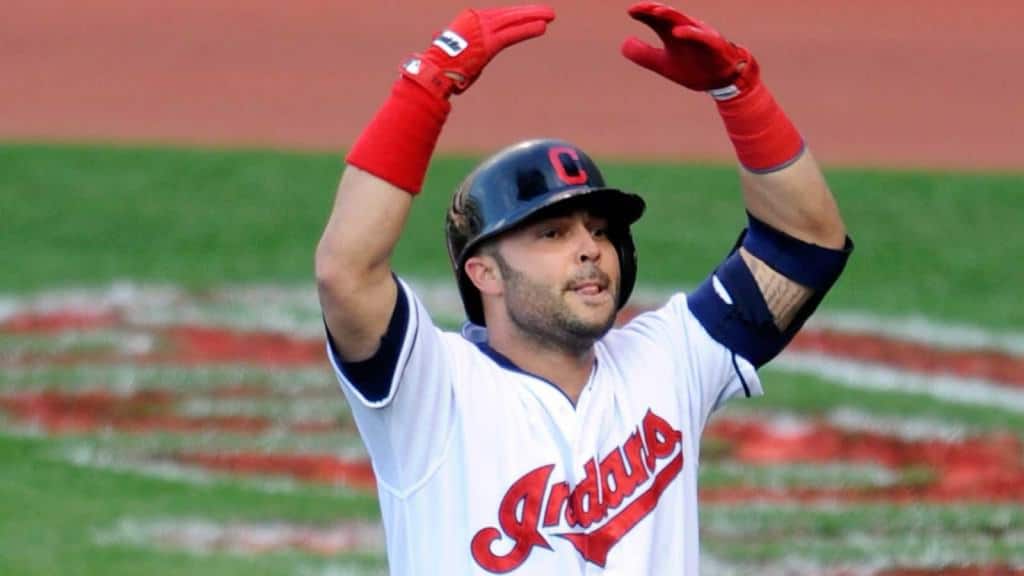 Nick Swisher was on his way for home plate to bring in a run for his team, but managed to wipe out before he could make it all the way. Of course, being a professional, this was all caught on cameras around the stadium. 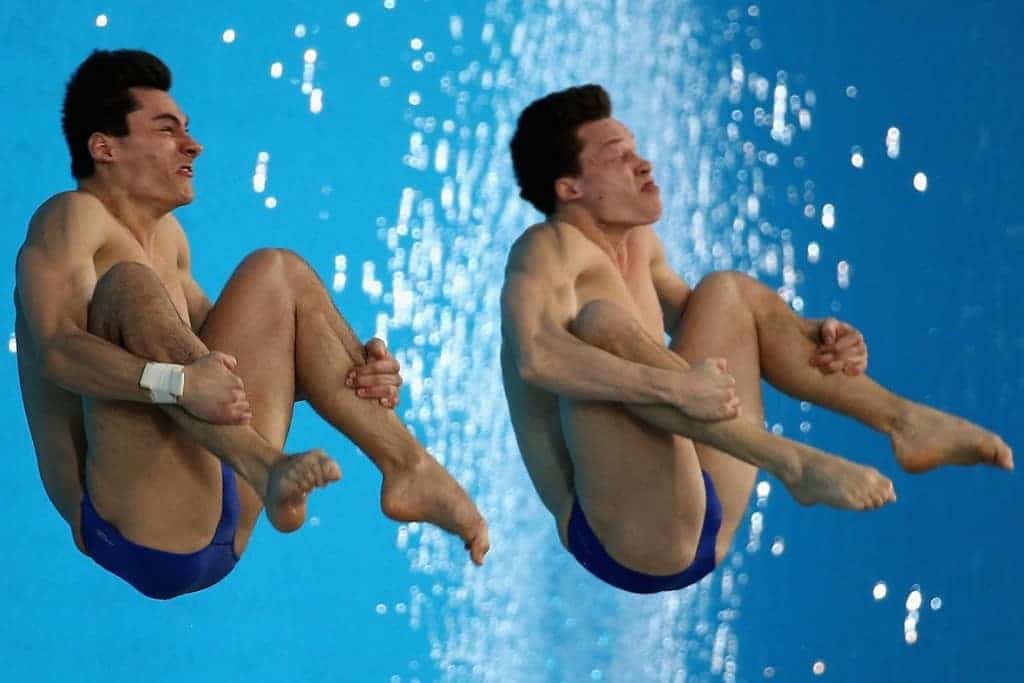 Stephan Feck starred in the 2012 Olympics, which is the sports event that every professional and amateur player wanted to ultimately find themselves at. However, Feck ended up messing up his dive quite horribly instead. 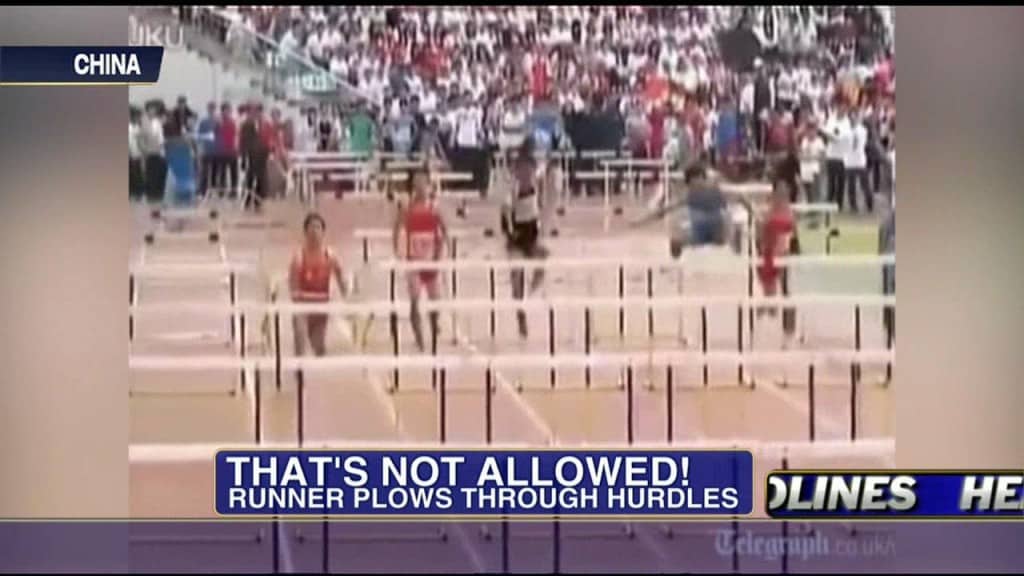 A hurdler at the Chinese University Games decided he didn’t quite care what obstacles stood in his path. The hurdler ended up plowing through every hurdle on the track and then continuing forward. 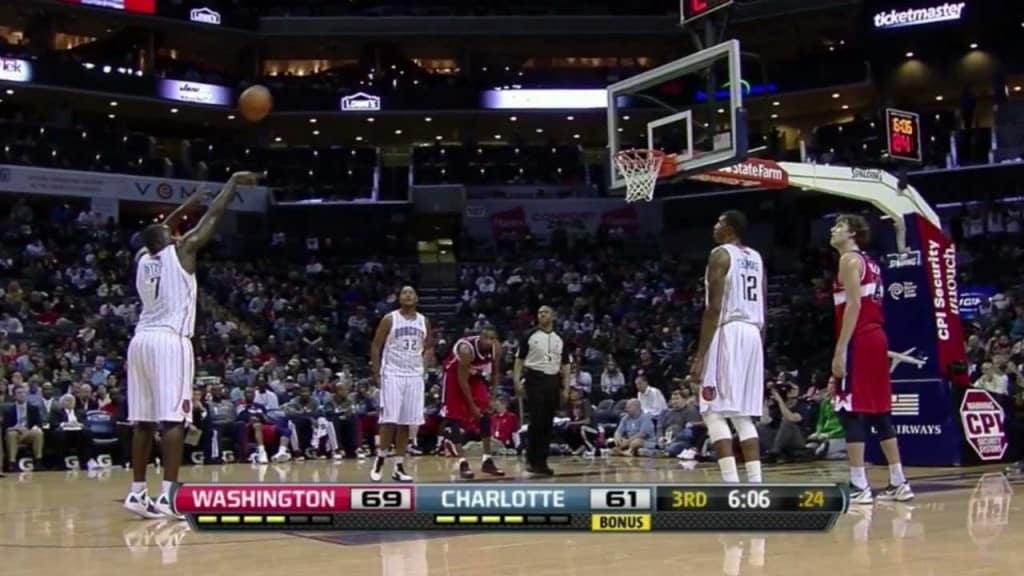 DeSagana Diop doesn’t really have a high free throw percentage in his career — I’s just .467. However, that may appear high after he ended up throwing an air-ball during a free throw.