20 Movie Characters Whose Day Is Worse Than Yours

Do you ever have one of those days when, as soon as you get out of bed, you know that everything is going to go wrong? The shirt you were going to wear has a stain down the front, the milk has gone bad, you get stuck in traffic and you’ve forgotten your wallet. Before you know it, your entire day has gone down the pan. Never fear! There is always someone who is having a worse time than you are and if you want to feel a bit better about yourself, this might just do the trick. If your day’s gone up in flames, spare a thought for these people; one look at their fate and you’ll thank yourself that your day was so good. 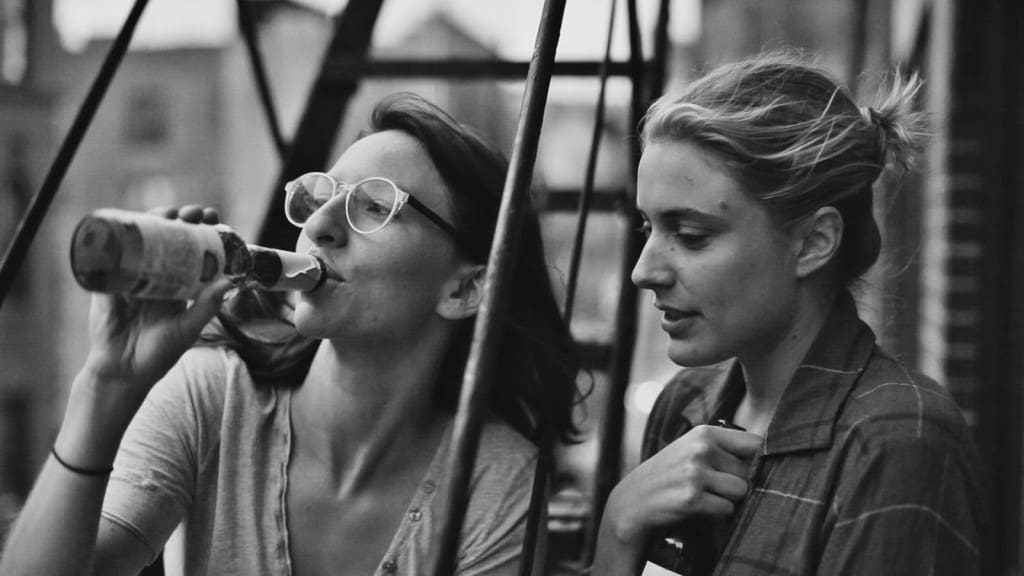 If you think that you’re struggling to find your way in your 20’s, think again. In Frances Ha, we follow the lonely life of struggling dancer Frances Halliday, after she is brutally dumped by her best friend. Filled with social no-nos, awkward holidays and career missteps, Frances Ha will make you feel a little better about your own mistakes and convince you that things do get better, eventually. 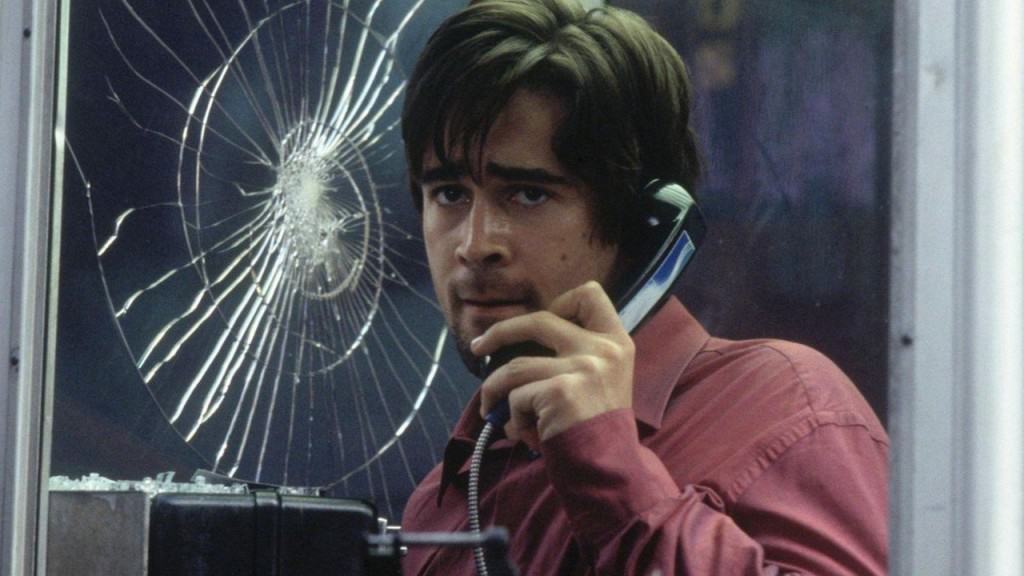 An innocent passer-by picks up a ringing payphone and his entire day is ruined. When Stu Shepherd answers the call from a terrorist hitman, it’s possibly the worst mistake that he could make and boy, does he pay for it. 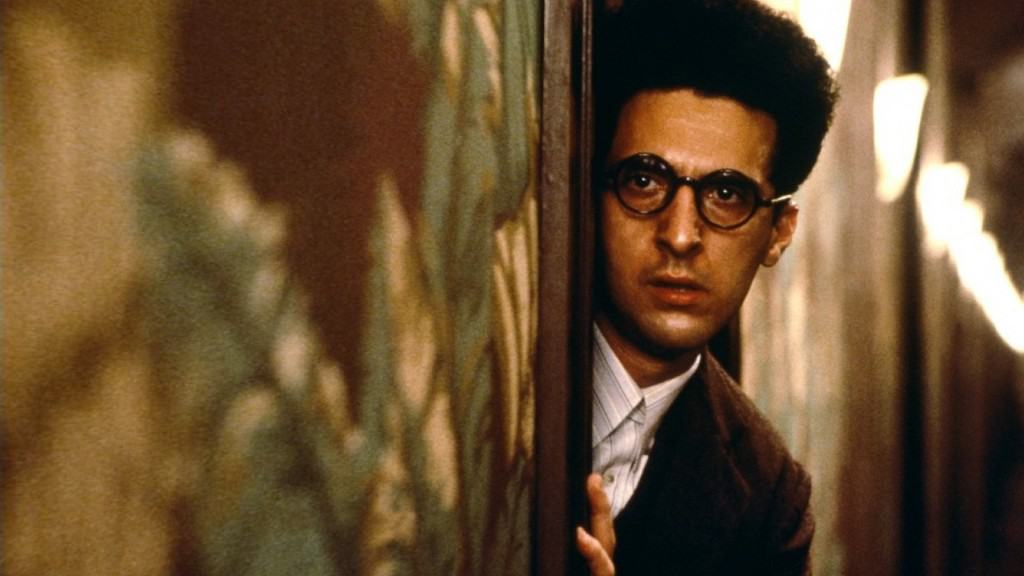 If you suddenly had the world adoring you, how would you take it? If your name is Barton Fink, the answer is not very well. After releasing a hit play, he is pressured to write a follow up hit and shuts himself off in a lonely hotel. The trouble is, there’s another guest there who has it in for Barton and no matter how he tries, he can’t seem to shake him off. 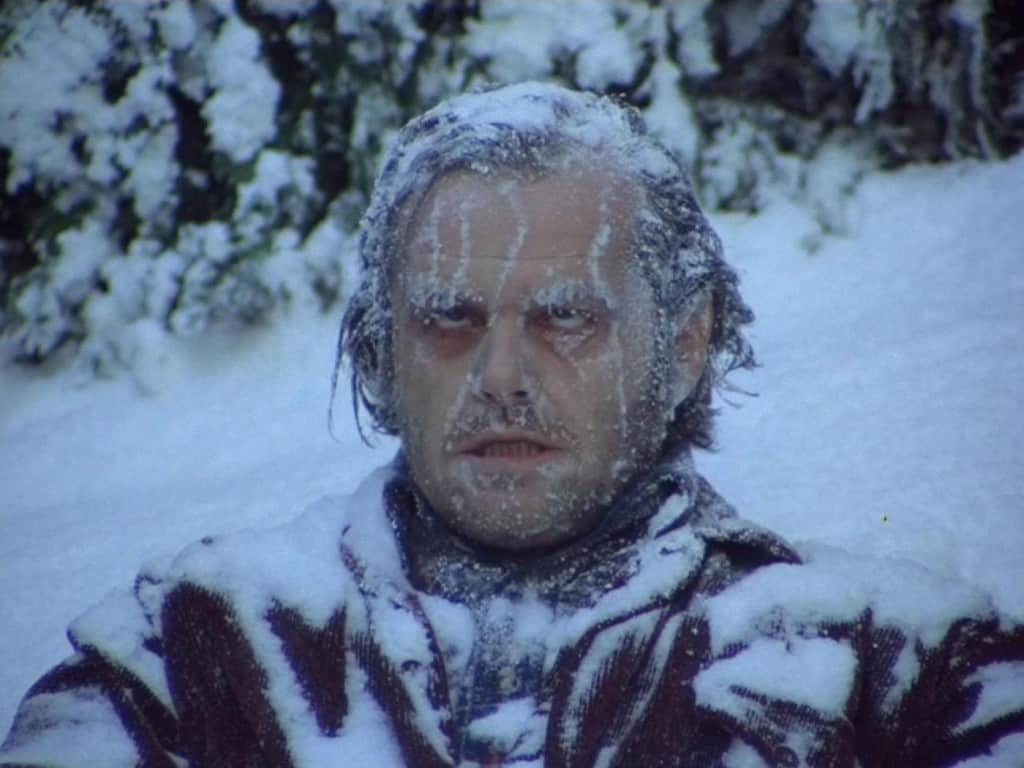 It’s not hard to see why Jack Torrance goes a little loco in The Shining. Cut off from civilization, normal conversation and variety, he starts to take a turn for the worst and pretty soon, he’s plotting to kill his entire family. Things get very bad very quickly, but you have to ask yourself, what would you do in his situation? 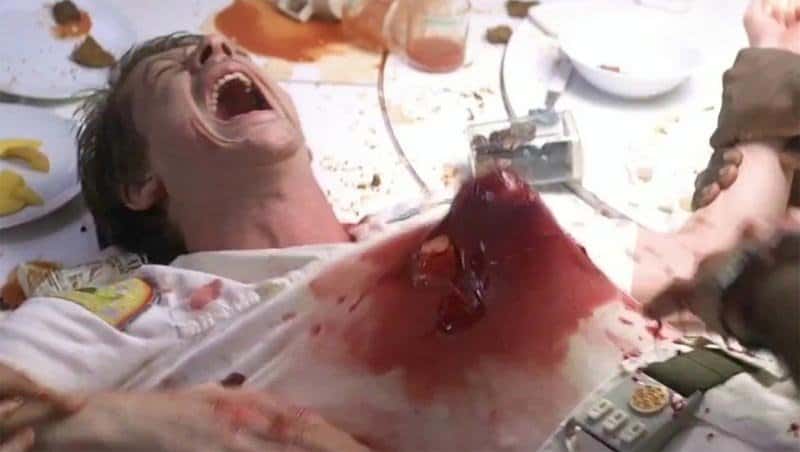 Before his untimely death in the infamous chest-bursting scene, Kane has it pretty good. Star of an international space team, at the helm of an important scientific discovery, it’s hard to see how things can get better. The thing is, they can’t and pretty soon, Kane is regretting the day he ever stepped aboard the spaceship. 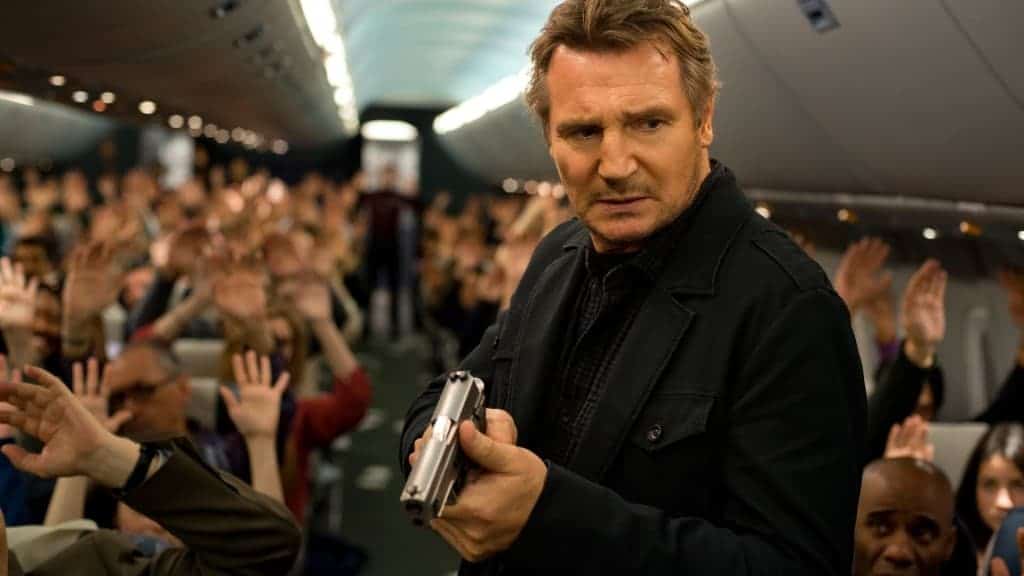 If you’ve got a fear of flying, then anything that happens in the air can set you off. Bill Marks suffers from more than a little bad luck aboard his flight after he is threatened by an unknown terrorist. Worse still, people on the plane soon start to believe that he is responsible for the attacks. What’s a guy to do?

Boba Fett – Return Of The Jedi 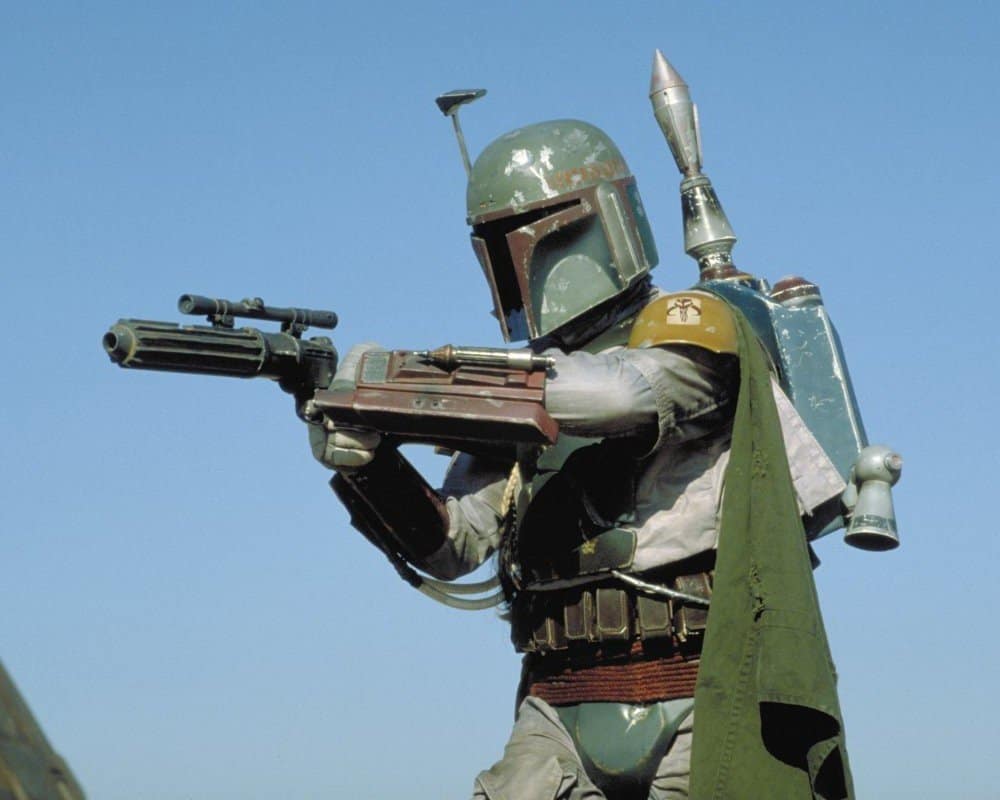 Poor old Boba Fett. Despite being one of the most beloved characters in the Star Wars franchise, things just don’t turn out well for him in the end. After finally capturing Hans Solo, he is ignored by his bosses and goes unrecognized for his tireless work. To make matters worse, Solo is eventually freed, meaning all of his hard work was for nothing. Sorry and all that, Boba. 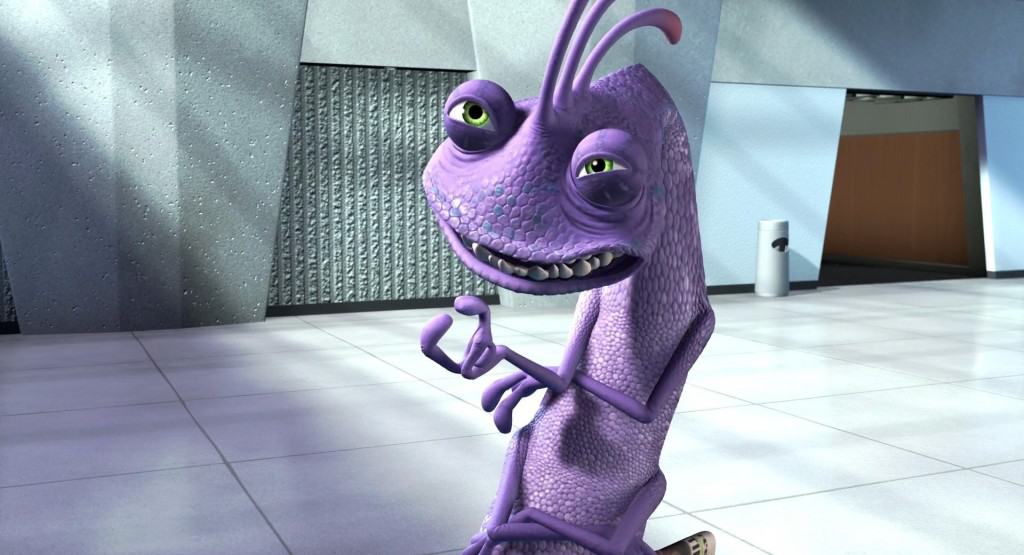 All Randall Boggs wants is a little recognition. Is that so much to ask? After being forced to overthrow the reigning monster champion, Randall is attacked from all sides and pretty soon, finds himself outcast in the real world. Randall’s fate is proof that it pays keep your pride in check. 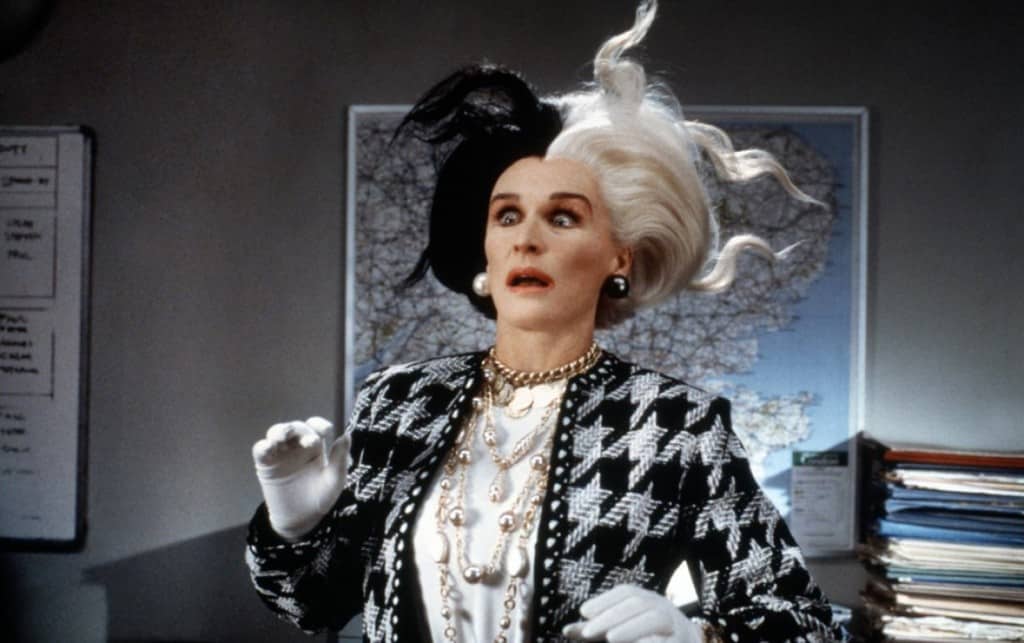 Cruella de Vil’s search for a new coat is completely destroyed when she gets in with the group of dalmatian puppies. Despite her best attempts, she can’t keep up with the pack of dogs and it isn’t long before she is up to her neck in manure, cursing the day she ever wanted a new piece of clothing. 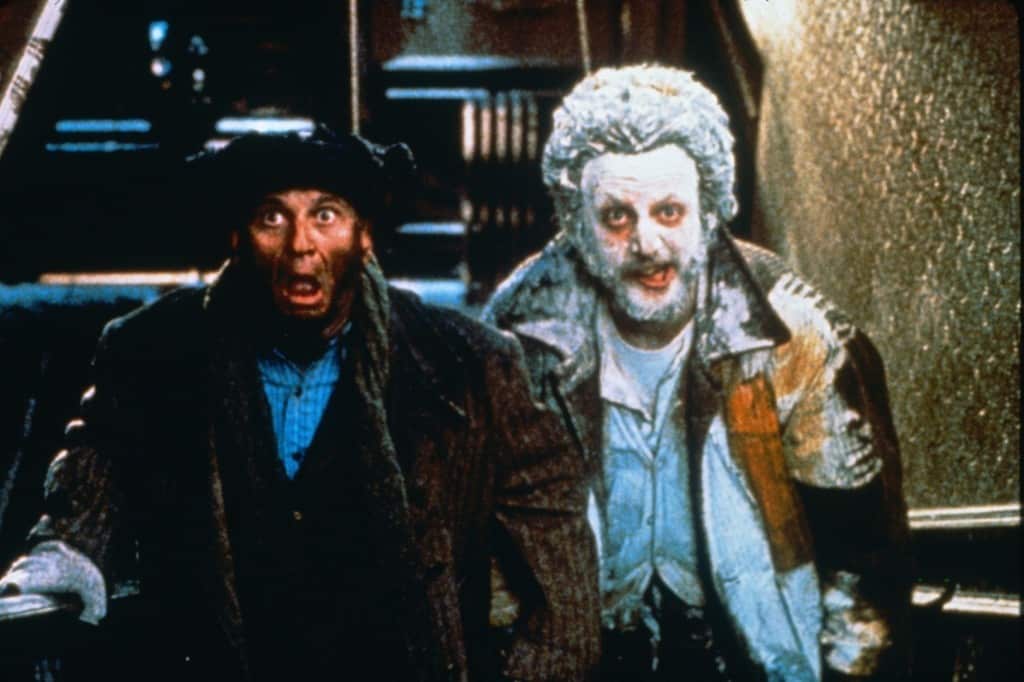 Who would have thought than one boy could be so tricky? When the Wet Bandits try and enter the home of Kevin McCallister, they don’t realise what lies in store for them and what should have been an easy task soon turns into something a little more troublesome. Never underestimate children. 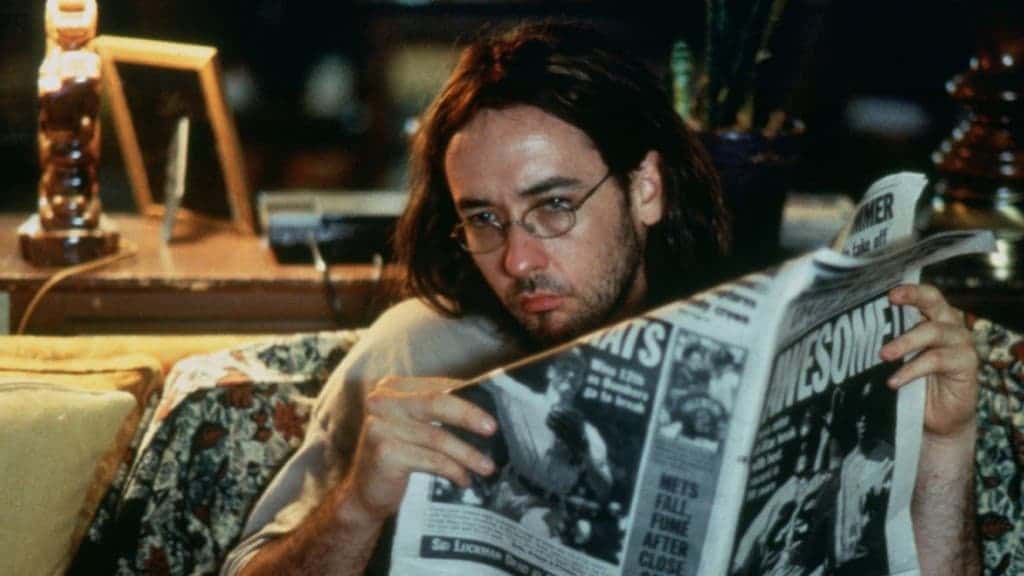 You’d think that discovering a portal into the mind of John Malkovich would be amazing, but sadly for Craig Schwartz, things don’t quite pan out in the way that he had hoped. After stumbling on the secret door, he loses his wife to Malkovich’s lover, becomes obsessed with getting her back and locks himself inside Malkovich’s body. Just your typical Monday, really. 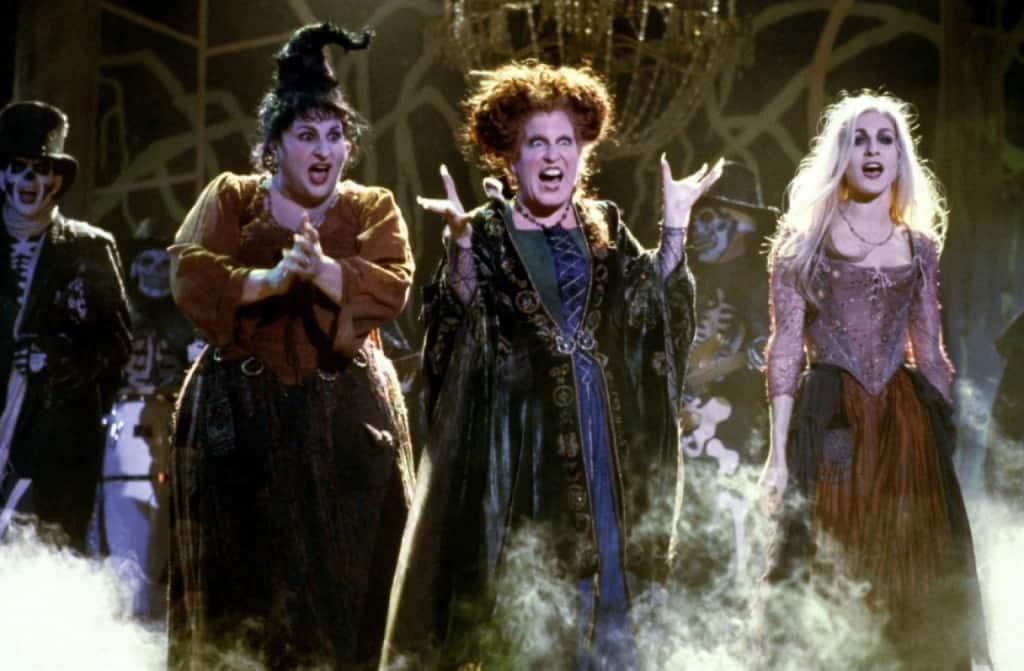 Plans to take over the world come with consequences and no-one knows that better than the Sanderson sisters. After being resurrected for one night only, they are forced to make a potion to prolong their existence and live into the next day. The trouble is, nobody wants them around and pretty soon, they’re facing imminent doom. 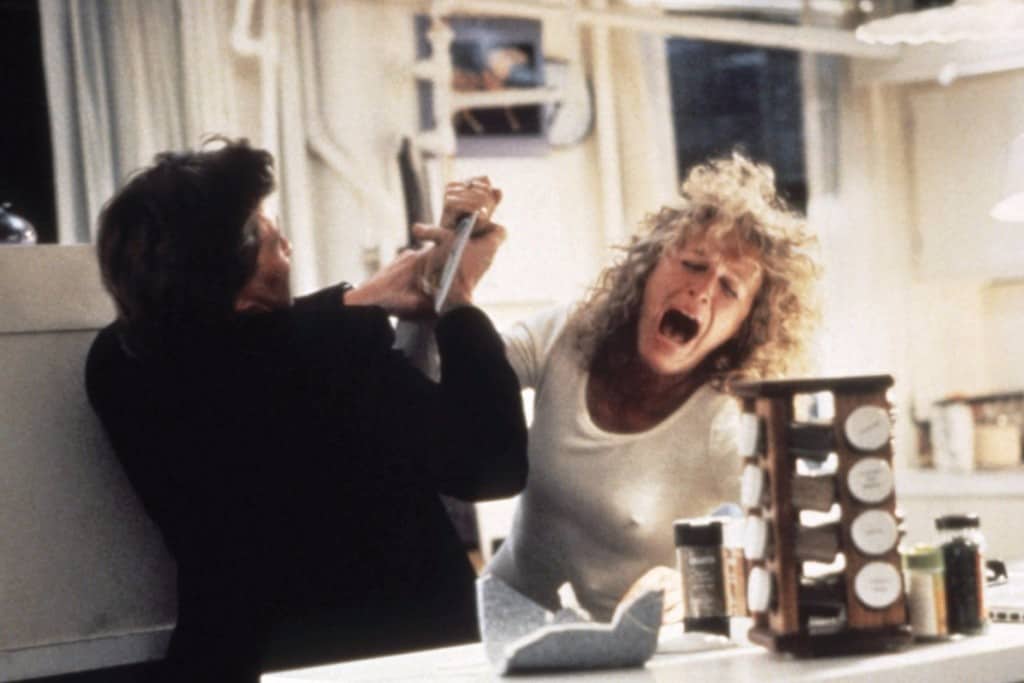 Unrequited love gets a whole new look in Fatal Attraction. After being seduced and subsequently rejected by a married man, Alexandra Forrest gets a little ticked off and after some careful thinking, decides to take matters into her own hands. Going down in history as the original bunny boiler, Alexandra doesn’t exactly do things gracefully.

A bad day becomes a living nightmare in The Number 23 after a small dog bite turns into something a whole lot more insidious. When numbers begin haunting him in his sleep, Walter Sparrow knows something is not right and when his obsession with the number 23 bleeds into his private life, things start to go downhill. 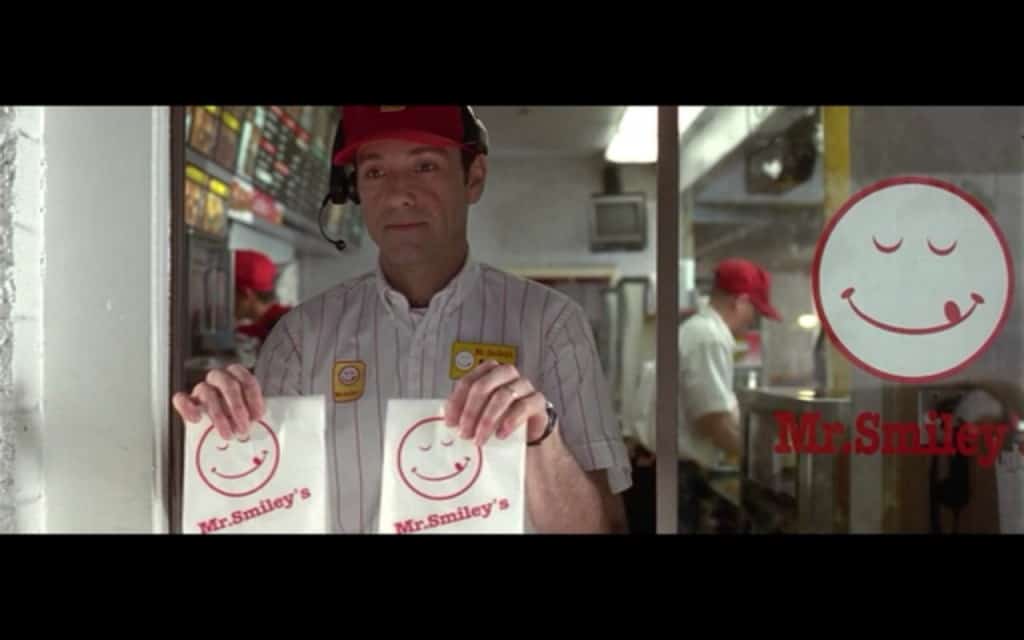 Lester Burnham is stuck in a loveless marriage, has a job that he hates and his daughter isn’t speaking to him. Life is not exactly peaches and cream. Worse still, he has a new neighbor who takes an interesting stance on discipline and socializing which, left unchecked, becomes very dangerous to Lester and his family. 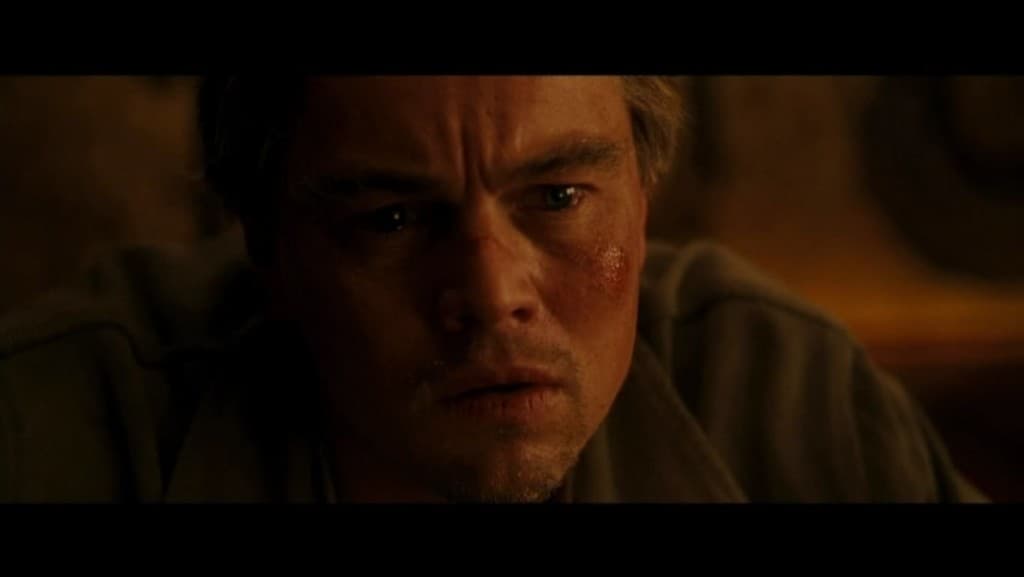 Despite her being dead, Dominick Cobb is plagued by visions of his wife in his dreams. Using the Inception method as a way to get out of his living nightmare, he is forced to face his demons every day and soon, it isn’t clear if he is living or merely dreaming. 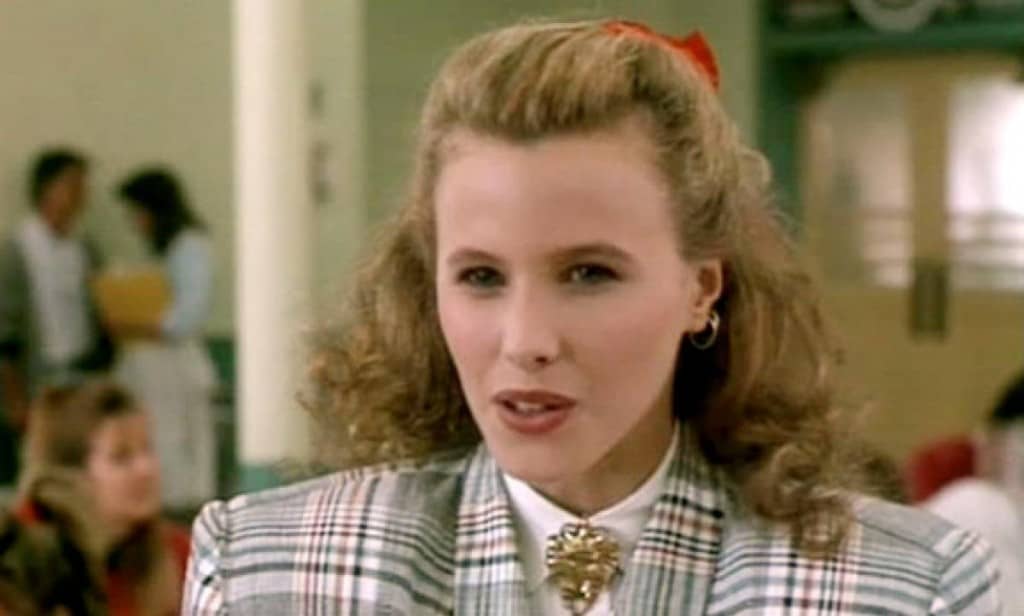 When you’re queen bee, you should have everything that you ever wanted. The trouble for Heather Chandler is that there are others out there who want it even more than she does. The butt of a strange joke, Heather is accidentally murdered by her best friend and royally dethroned in one fell swoop. 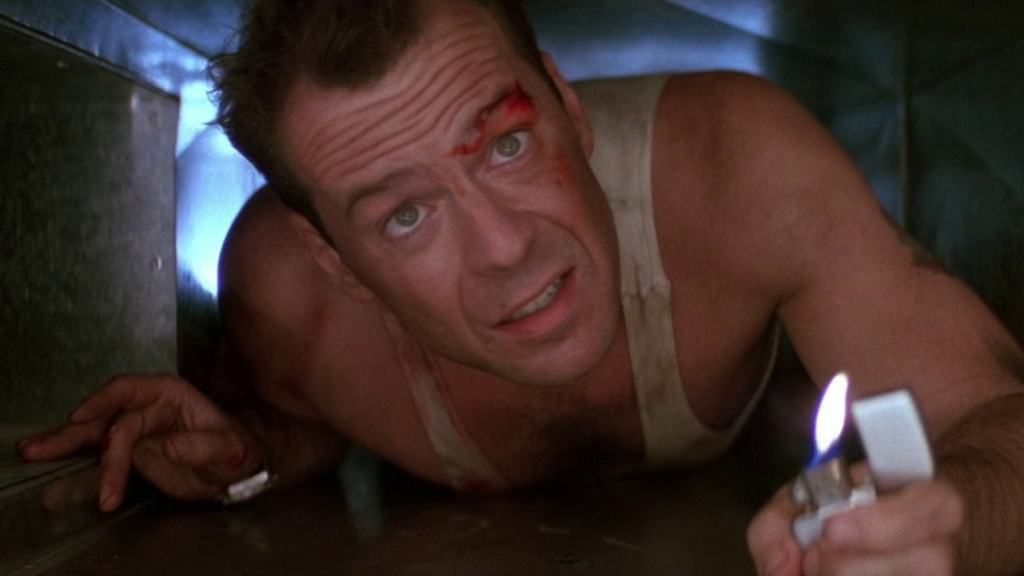 When you’re going through a divorce, the last thing that you want to do is run into your ex. Unfortunately for John McClane, his job requires him to spend a little more time than usual with his ex-wife, after her place of work is hijacked by terrorists. Worse than that, he must fight off the bandits single-handedly and prove to everyone that he’s still got it. No pressure, then. 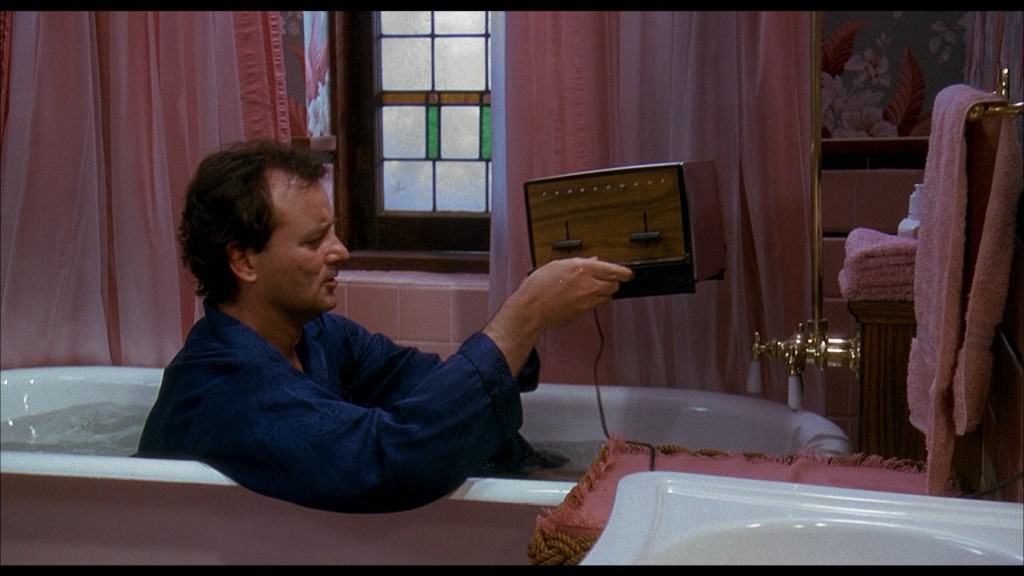 When you’re having a bad day, the only thing that makes you feel better is the knowledge that eventually, it will end. For Phil Connors, though, things are a little different and what starts off as a bad day soon becomes a living nightmare. Forced to relive the same day indefinitely, he tries to find ways to escape and pretty soon, it looks like he is never going to move into tomorrow. 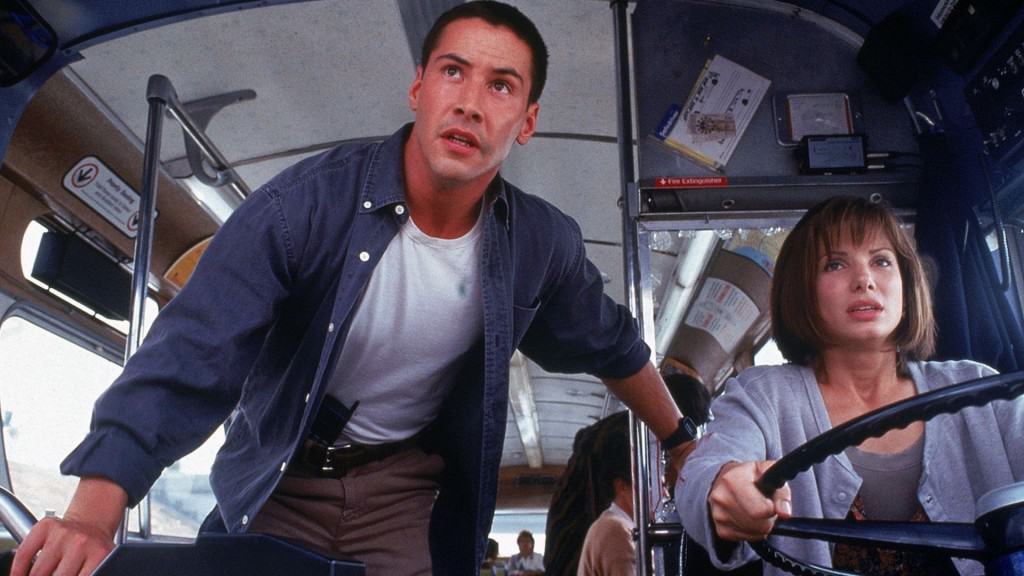