20 Kids With A Fearless Sense Of Humor

Art Linkletter taught the word a long time ago that kids say the darnedest thing, and times have not changed one bit. As children grow they get a better sense of what is okay to say and do and what things not to say and do… but there is that magical age when children act only on their impulses because they either don’t know any better or they just don’t care. Here are few guileful kids who will make your sides ache with laughter. 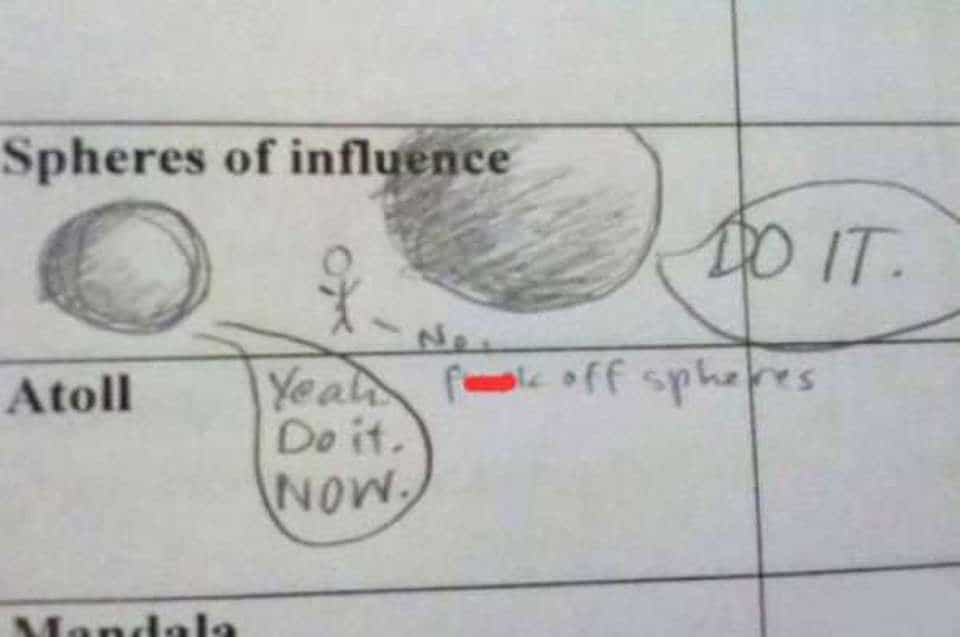 This kid isn’t actually wrong – they are spheres and they are trying to influence the little stick figure man. I guess he loses points because the spheres aren’t accomplishing their goals. 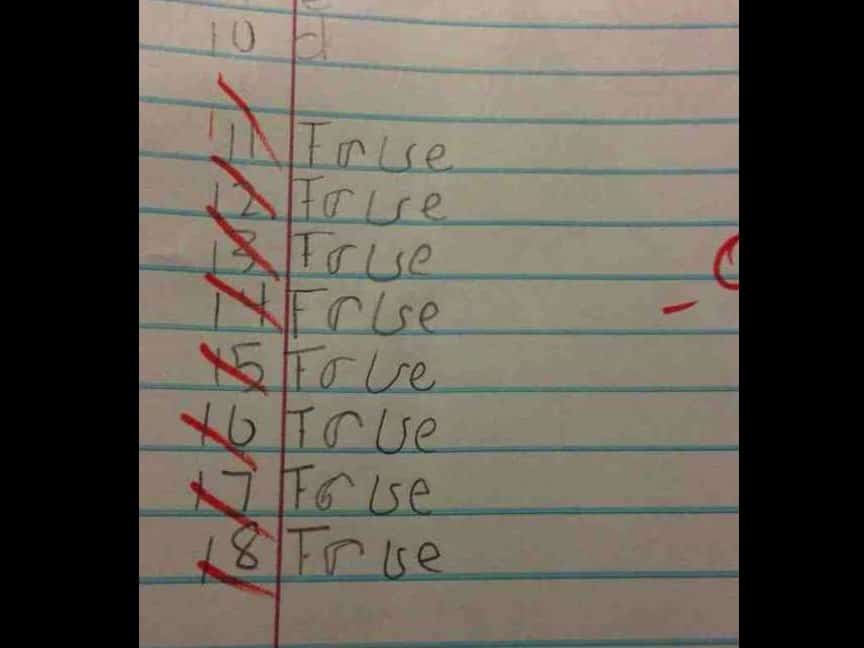 At first, you might not know what you’re looking at. Then you take a closer look and realize this kid is a master of illusions. 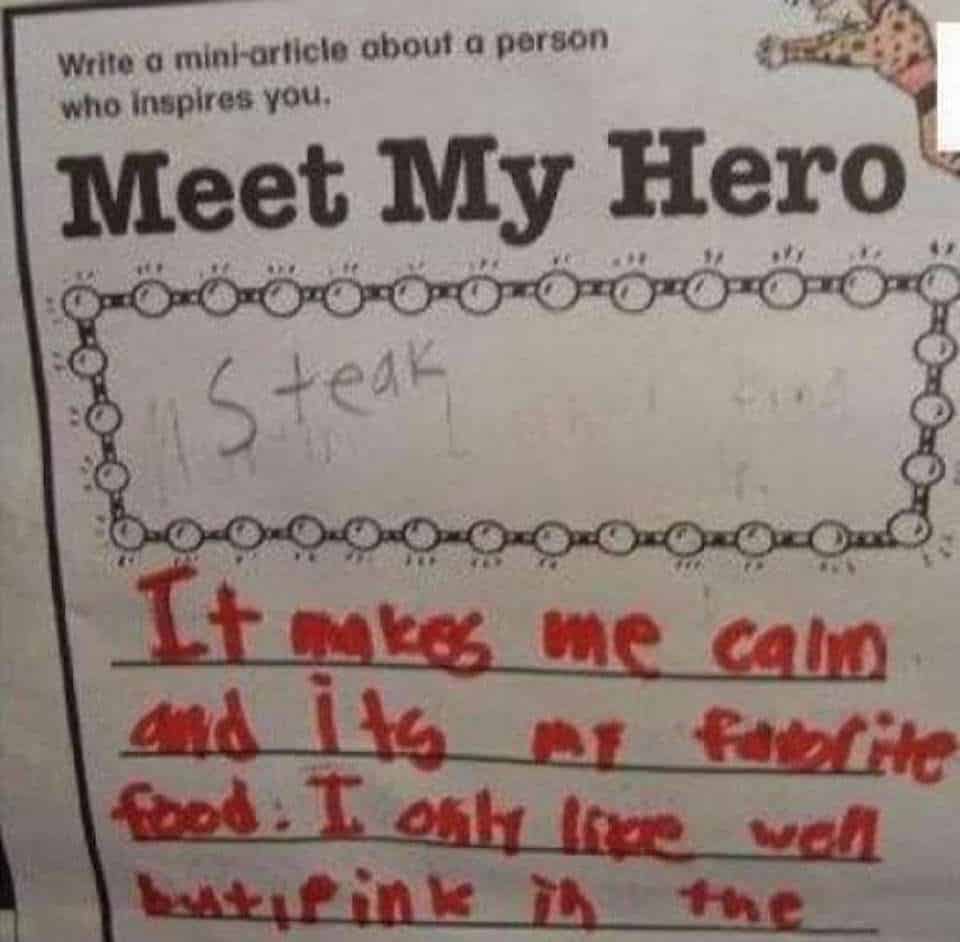 This kid seems to love being a meat-eater. 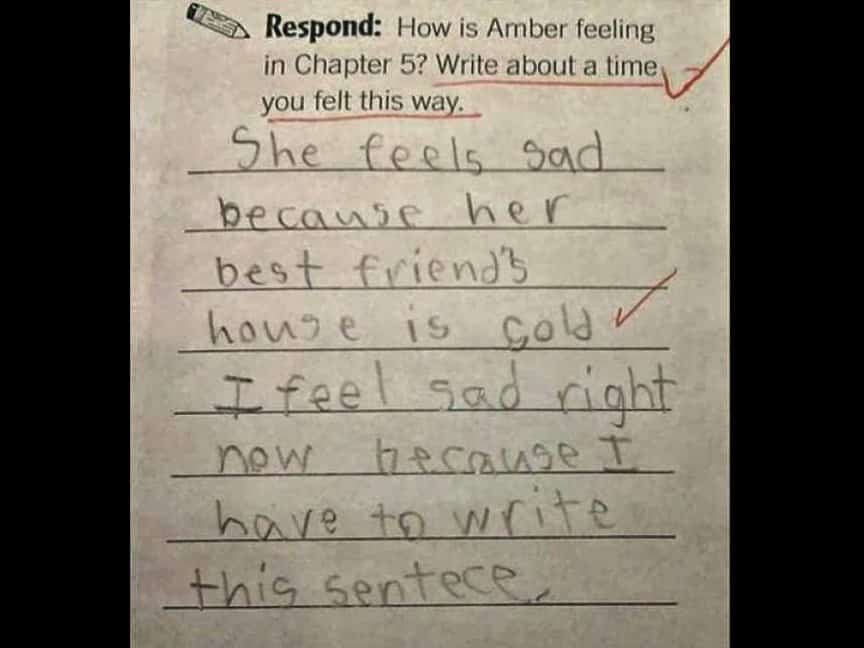 If there ever were a person who perfectly summed up what doing homework feels like, its this kid right here. 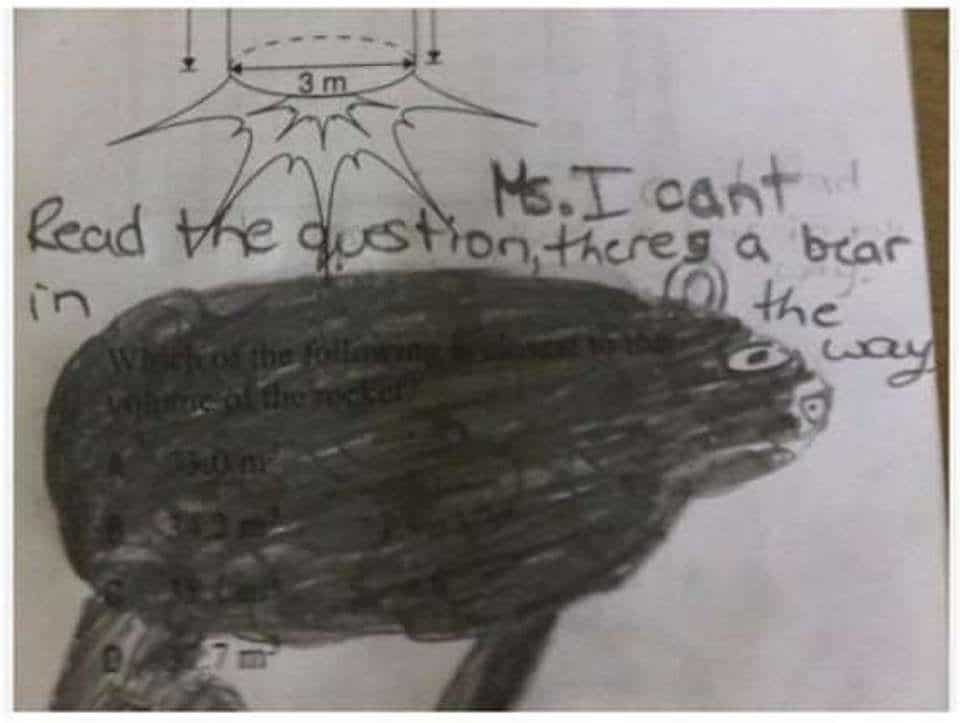 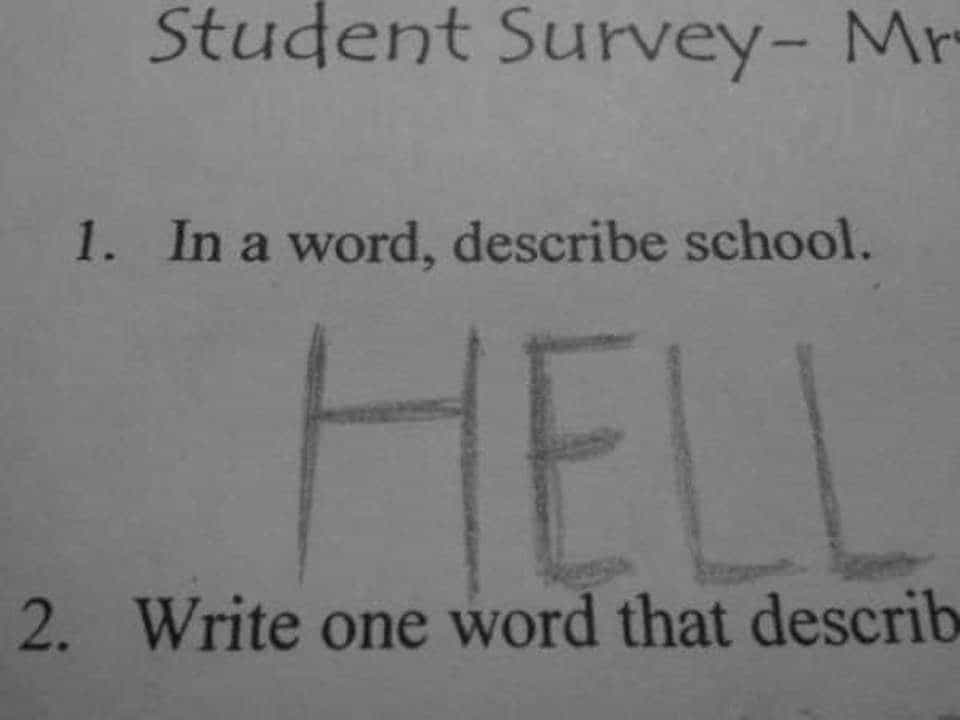 Surveys can only be effective if they are answered honestly. If the boy wasn’t clear how he felt, he wrote in large capital letters to get the message across. 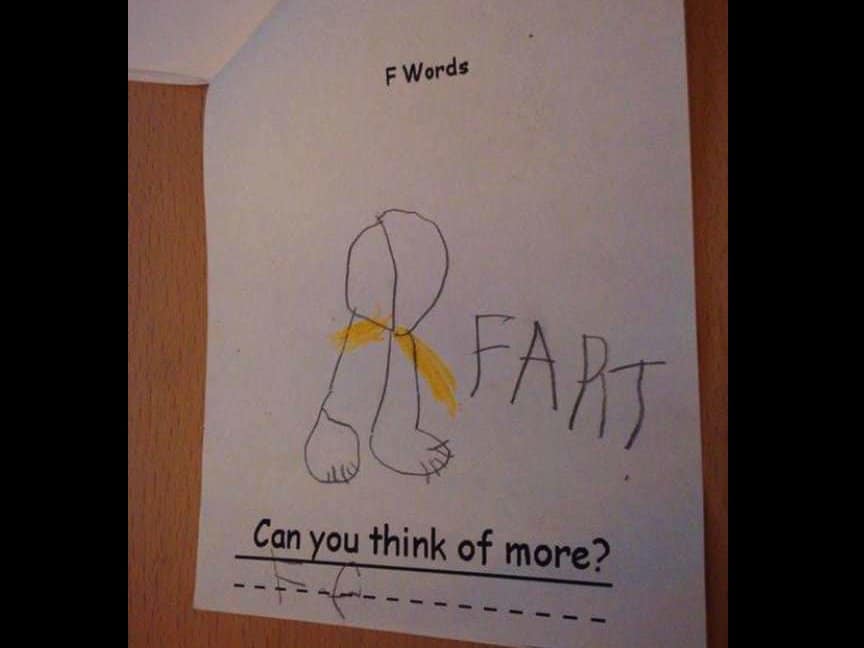 Yes, it absolutely does begin with the letter “F.” This one deserves a gold star for coloring the illustration.

Apathy Is So Hip 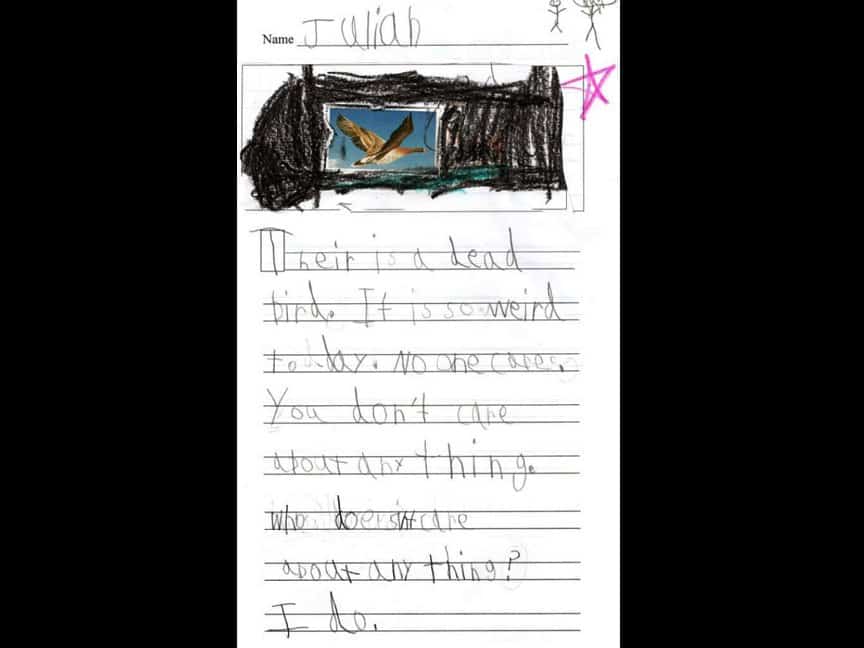 This is as weird as it is deep. I assume the star is for the candid exploration of existentialism. 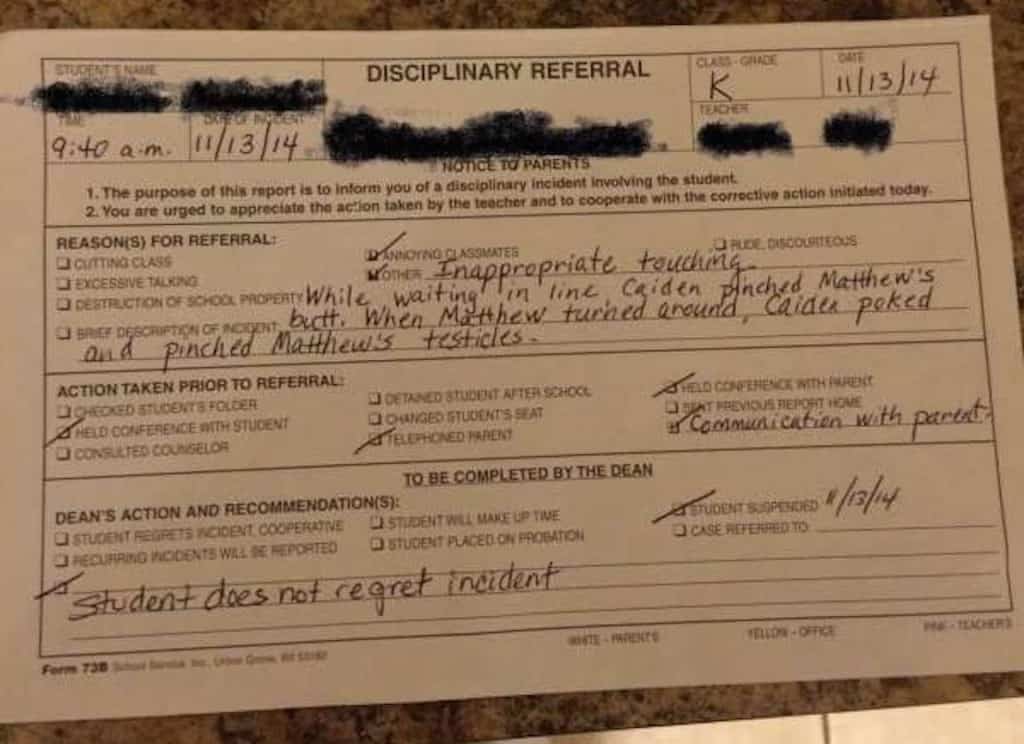 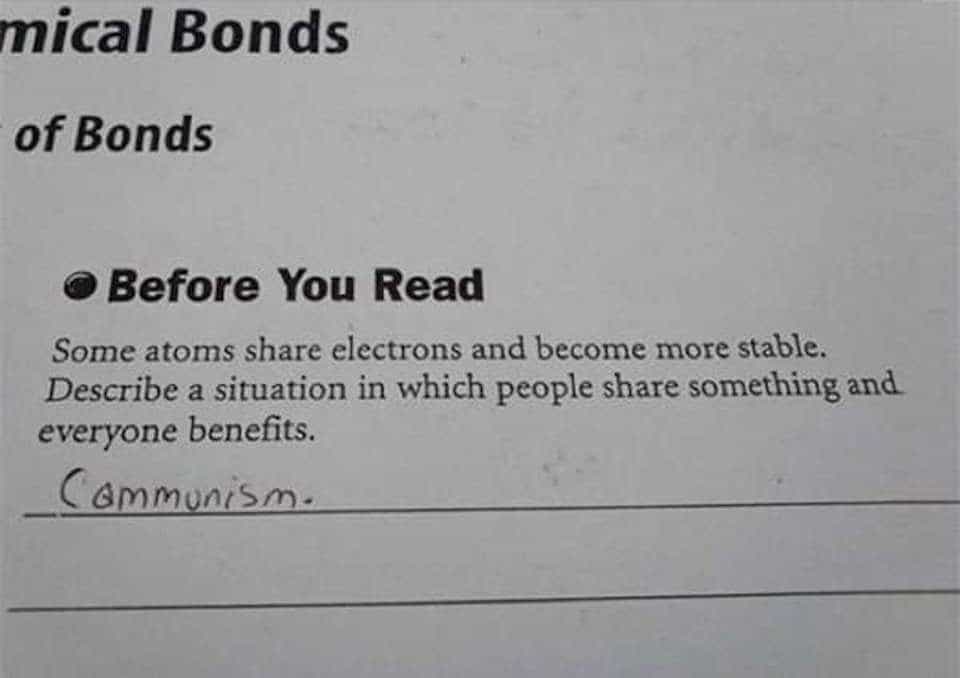 It may not be the chemistry related answer the teacher was looking for, but he certainly hit the nail right on the head.

Call ‘Em As I See’Em 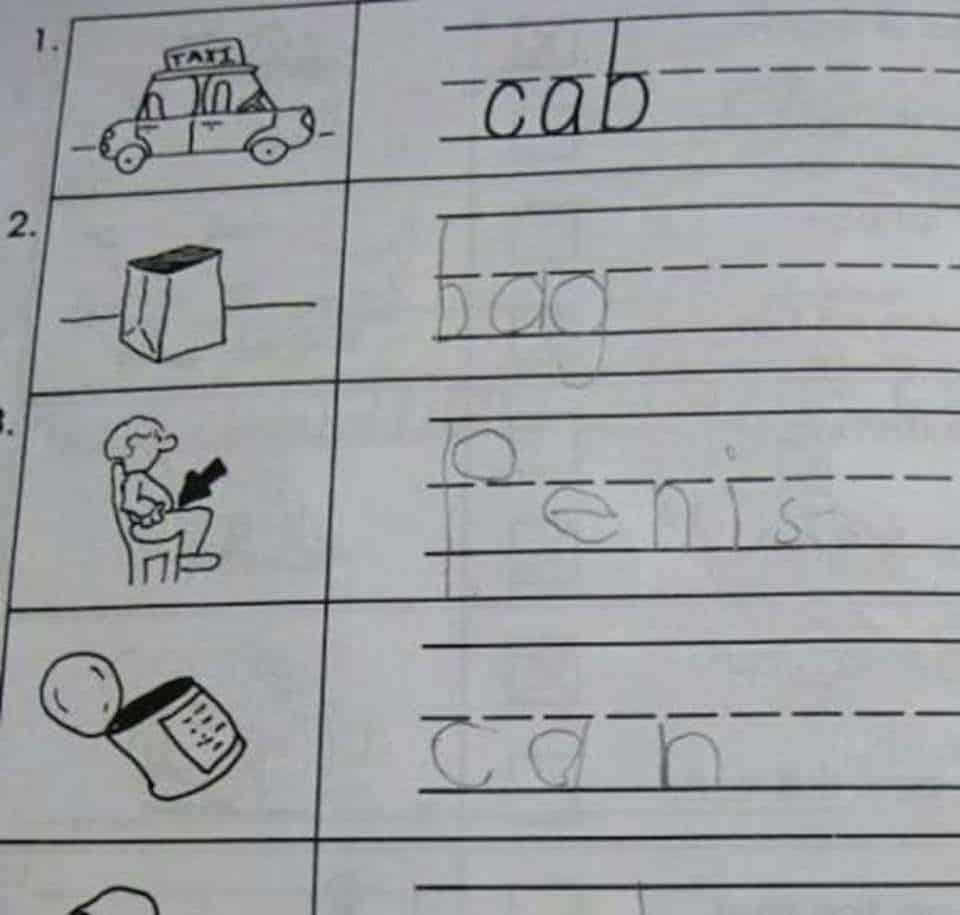 To the child’s credit, that picture could be misconstrued as just about anything. His answer is as good as any other. 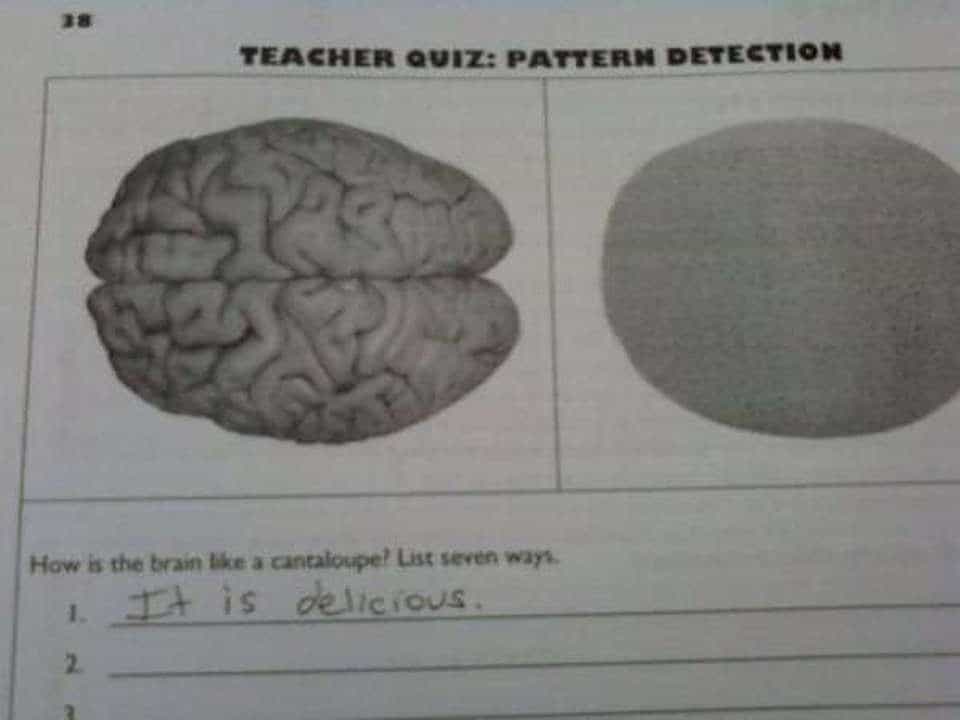 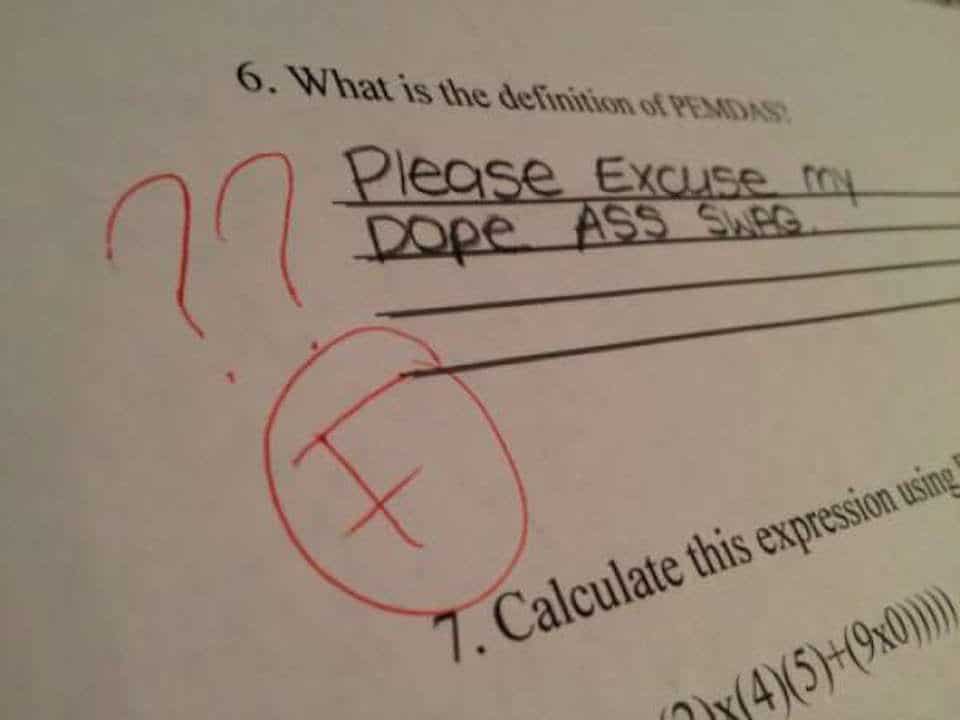 Making your own acronyms isn’t easy, but this kid makes it look like a breeze. 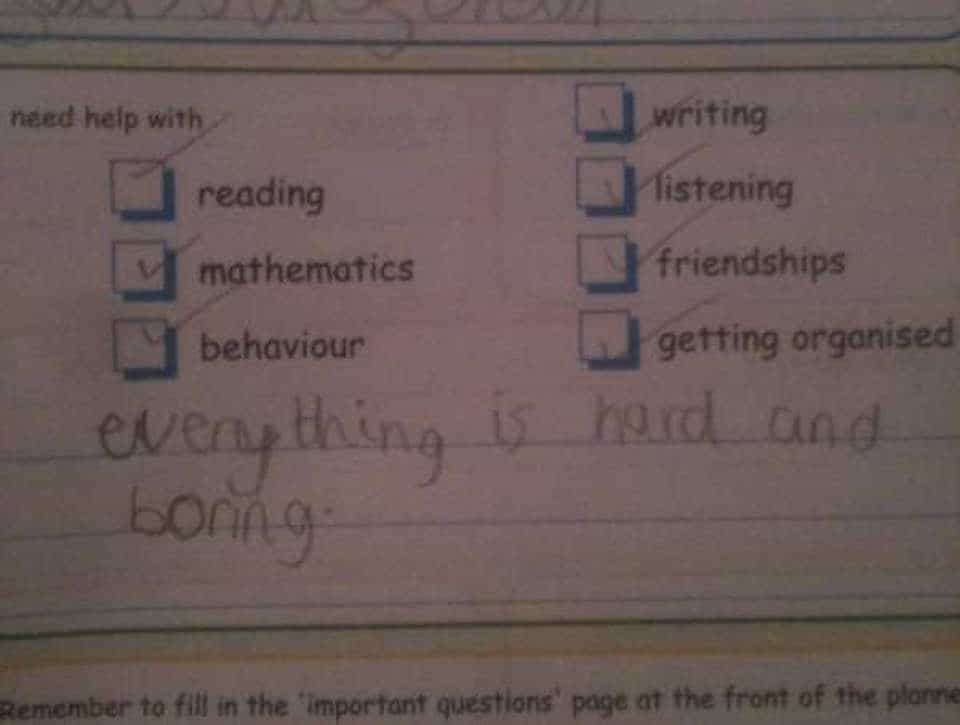 It’s better to know your limitations than to be oblivious to how hard of a time you’re actually having.

You Only Live Once 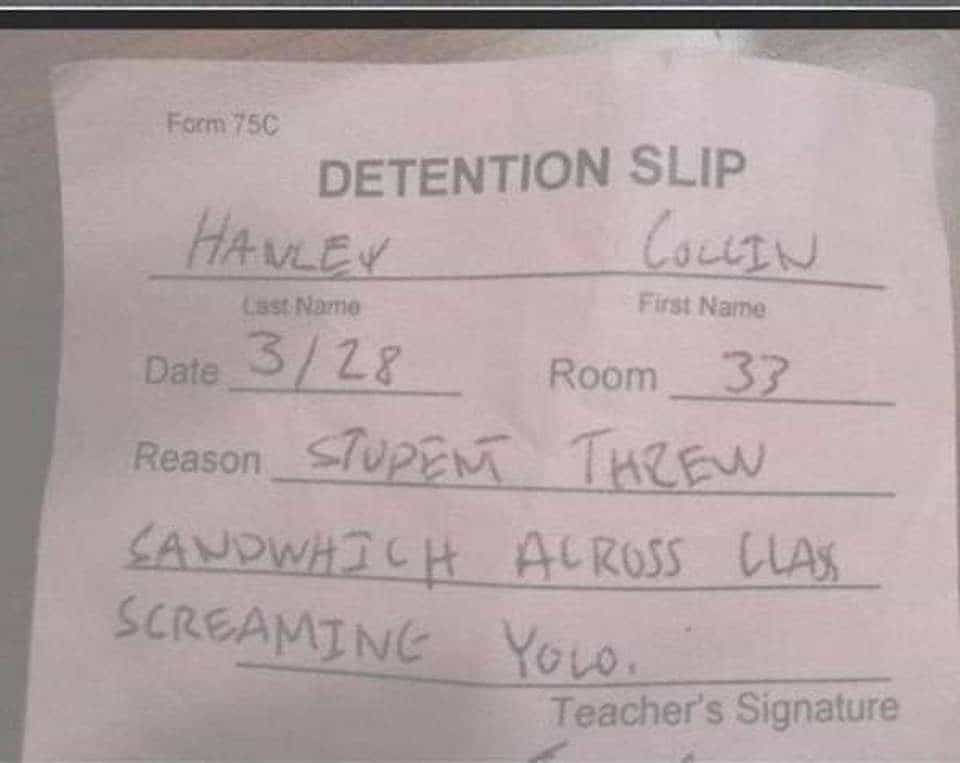 As a child, throwing a sandwich across a room probably seems like the most rebellious thing you can do at a young age – I shudder to think the kind of teenager he’ll grow to be. 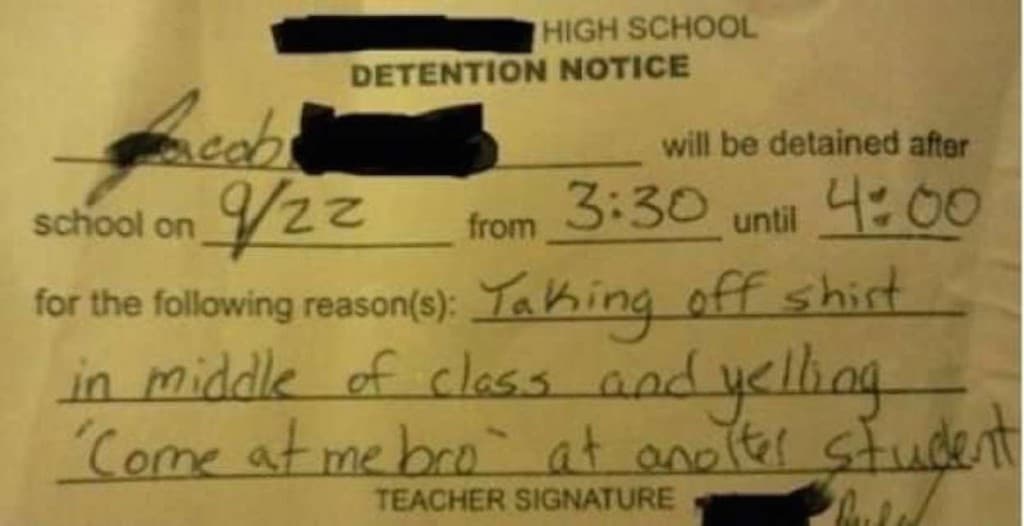 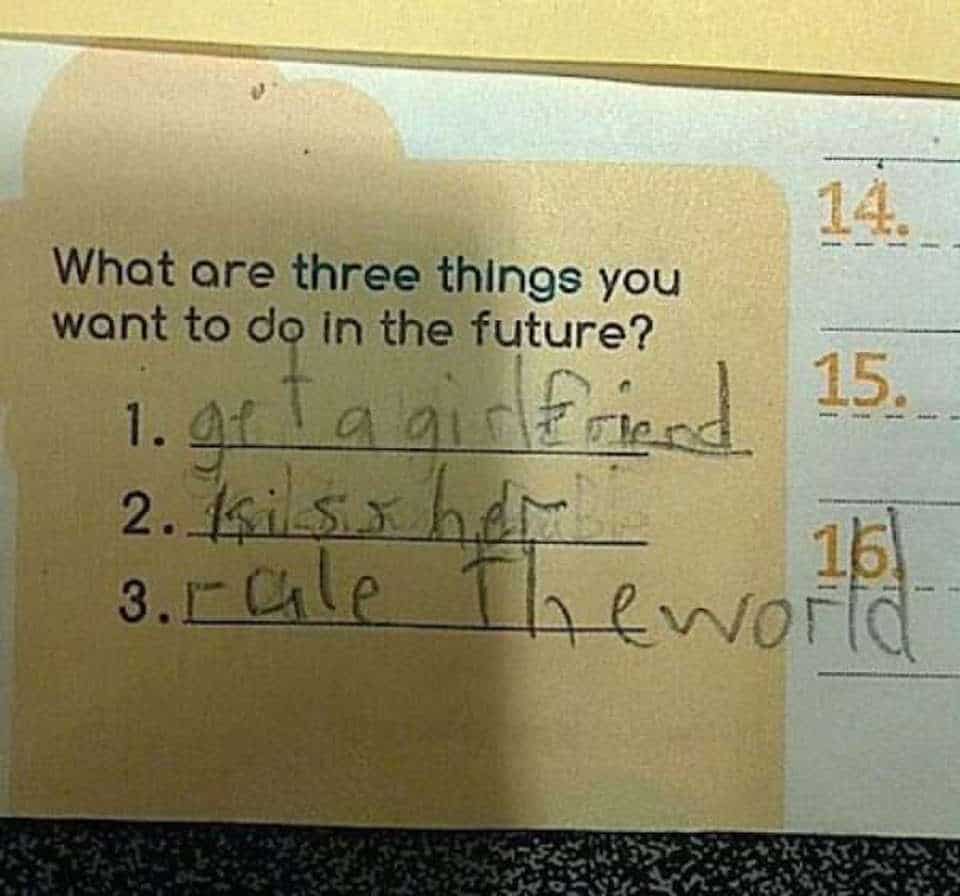 Never was a greater set of life goals ever composed in the history of the world. 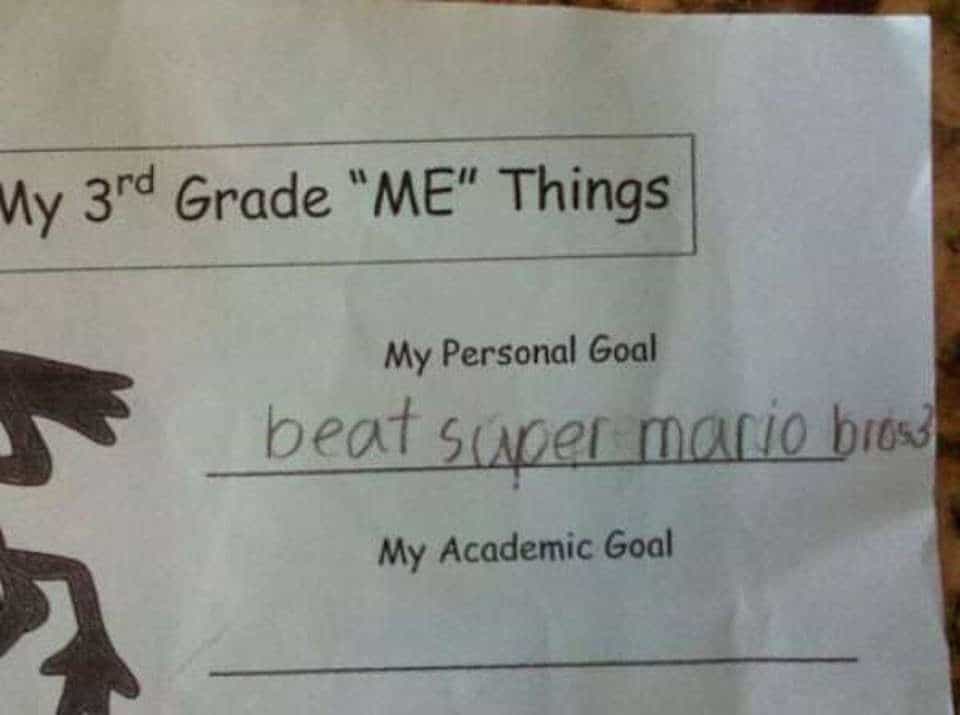 Oh, to be a third grader again and have the hardest part of your life be conquering a video game. 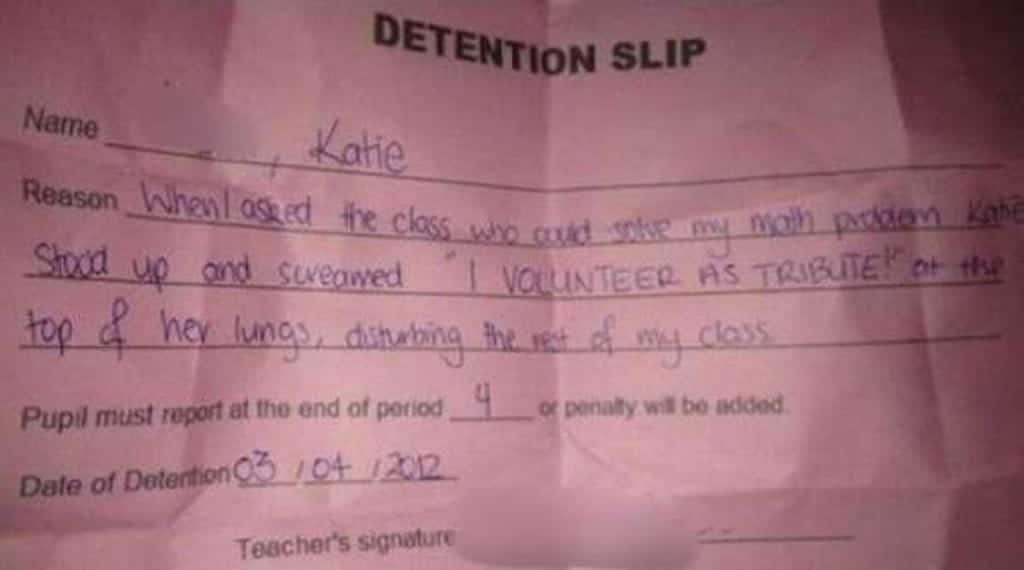 So, you wanted her to read more? May the odds be ever in her favor. 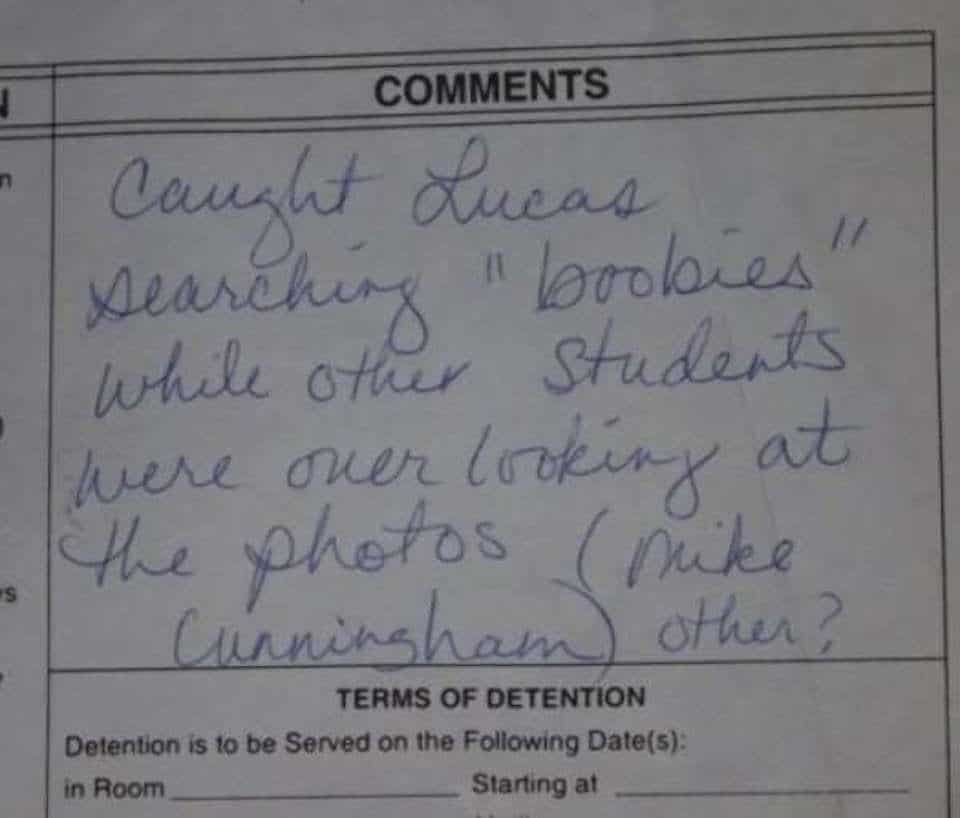 You would think that a school would have security blocks in place. I guess some funding got cut at that school.