Starbucks has made a name for themselves by selling some amazing coffee drinks, but they also have made a name for themselves for their workers totally screwing up the names they write on the coffee cups. If you didn’t know, you place order with the barista and they proceed to write it down on the cup and ask for your name, so your cup doesn’t get mixed in with the others. They either need Q-Tips or an English class, as they totally mess up the names and some of them are incredibly epic. Check out the 20 best Starbucks name fails below! 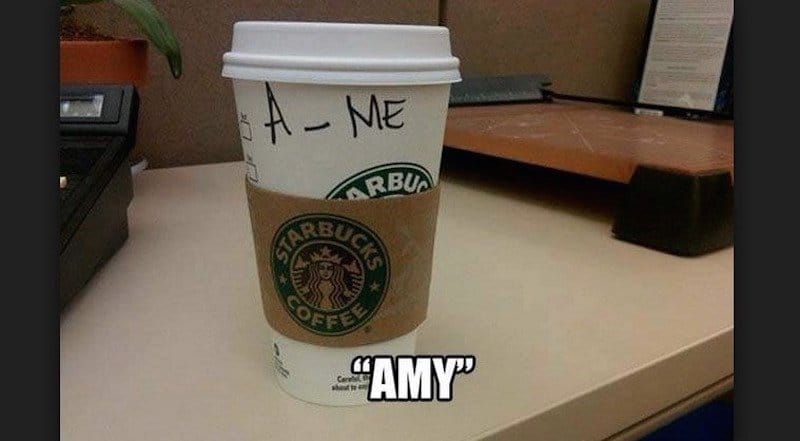 Sure, if you sound it out, it sounds like it. However, has this person never spelled out the name Amy before? It is three letters and they still managed to screw it up! 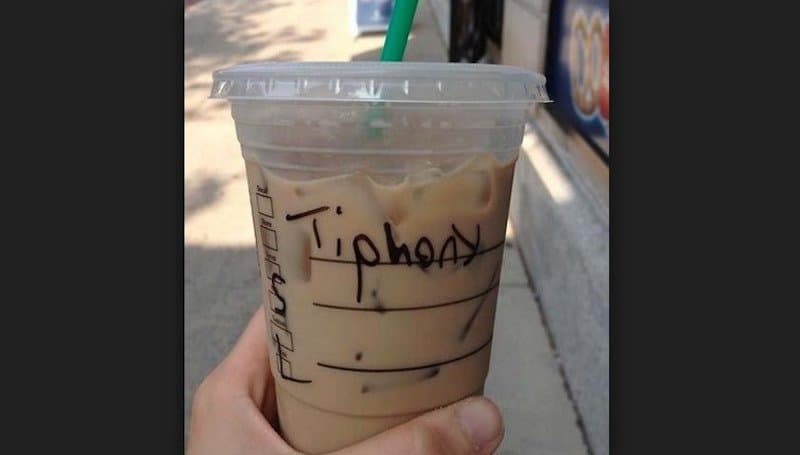 Apparently the baristas hear the names, sound them out in their head and then just spell out what they think it sounds like. It’s a good attempt, but still deserves a head slap for being dumb. 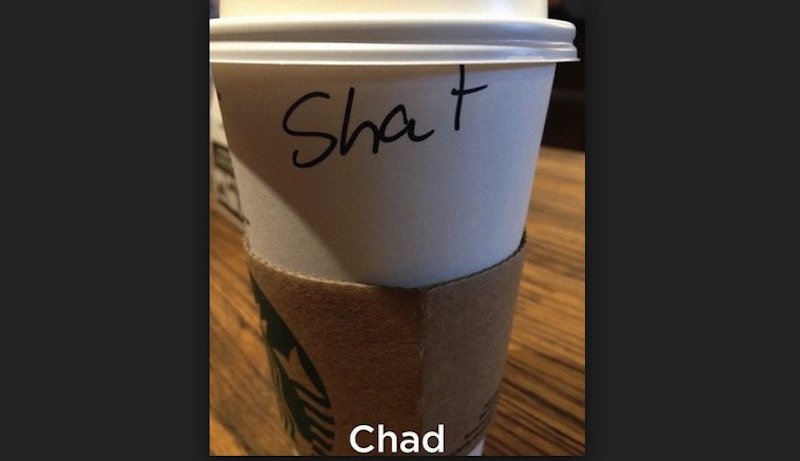 We are just wondering how many people named Shat that this barista knows. We have never heard of anyone named Shat, but Chad sounds more like a familiar name. 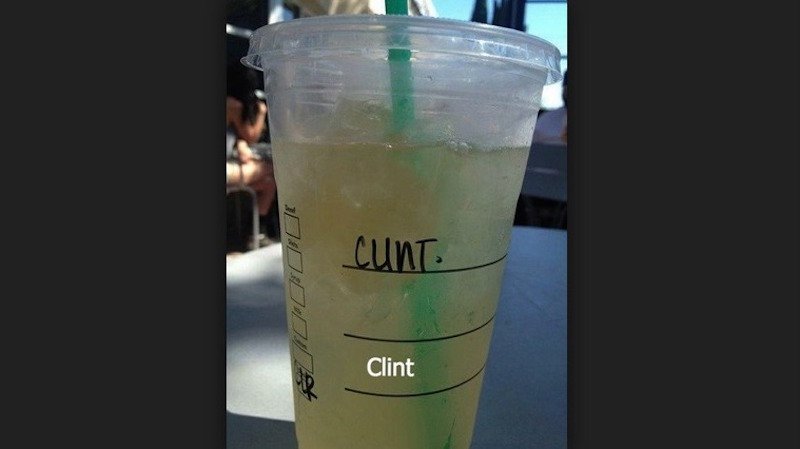 This one just makes us laugh and laugh big time. Did the worker truly think this person’s name was that? Looking at it some more, maybe the “L” and the “I” just blended together to make the “U.” Yeah, that is what we are going to go with on this one! 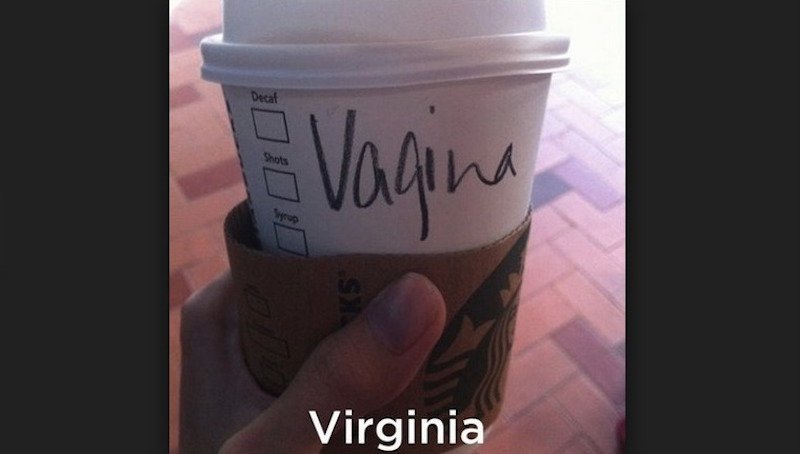 We are keeping with the same theme, as this barista thought the person was named after female private parts also. We would feel bad for the person whose parents named them that! 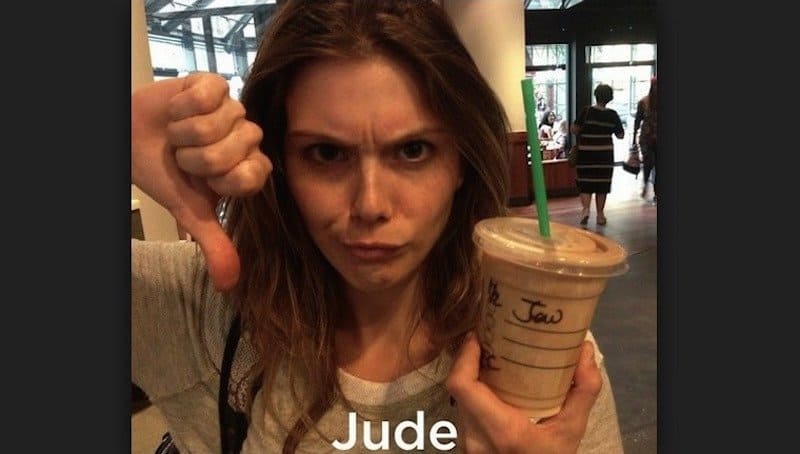 We are getting close with this one, but how inappropriate! She was going for Jude, but they went with Jew. How awkward for the worker who had to call out the name when her drink was ready? 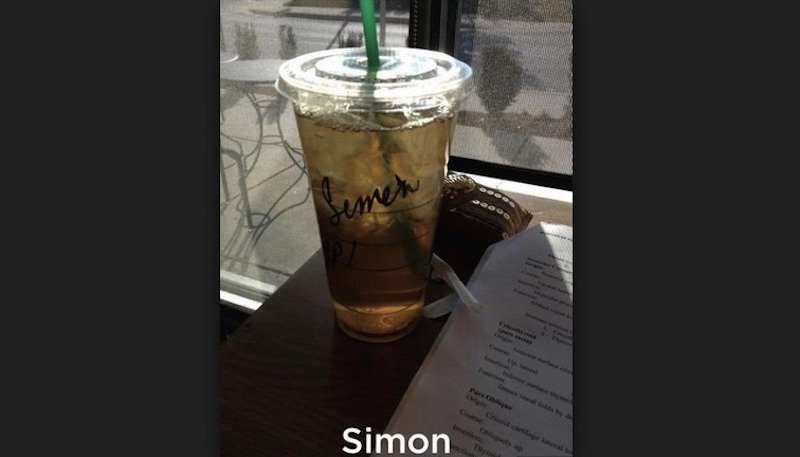 Maybe the worker thought this is how you actually spell Simon, but they ended up with semen on the cup. That barista was very excited to be making the tea! 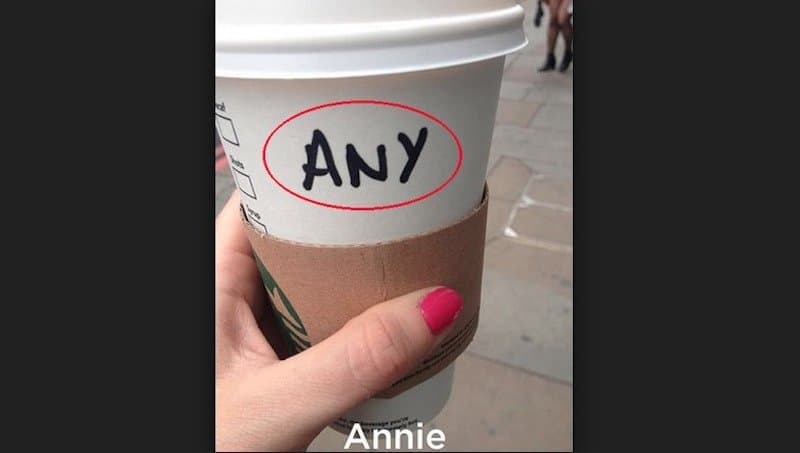 Little Orphan Annie was just looking for a little pick me up in the morning, but the worker didn’t understand what she said. Good thing Annie got her drink, as this could have went to any one! 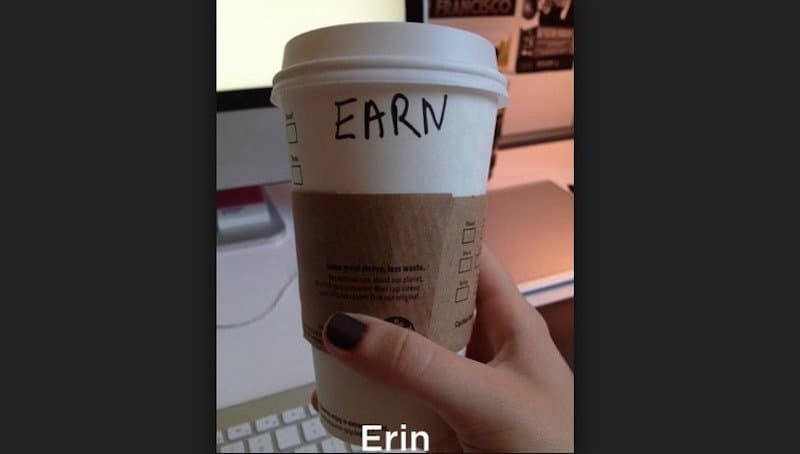 Maybe this worker was thinking about their paycheck and how much they were going to earn that week. It is close to the letters in Erin, but the spelling is a little different. 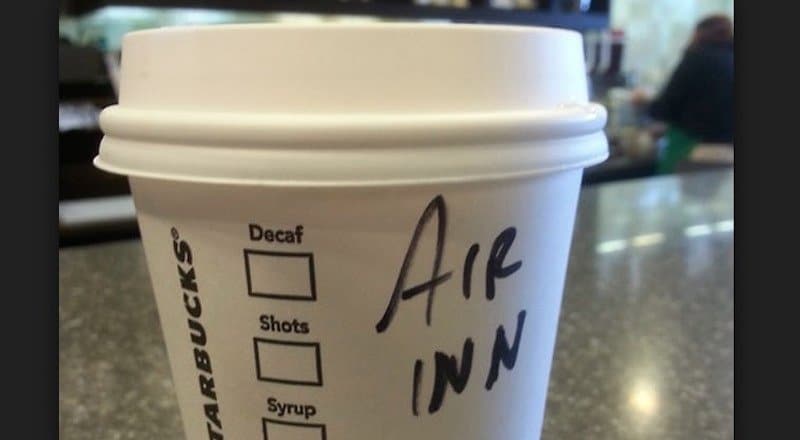 While Earn was a little off for Erin, how about this one? They decided to just spell it out, literally, and go with that. We never knew Erin was two separate words, but you learn something new every day. 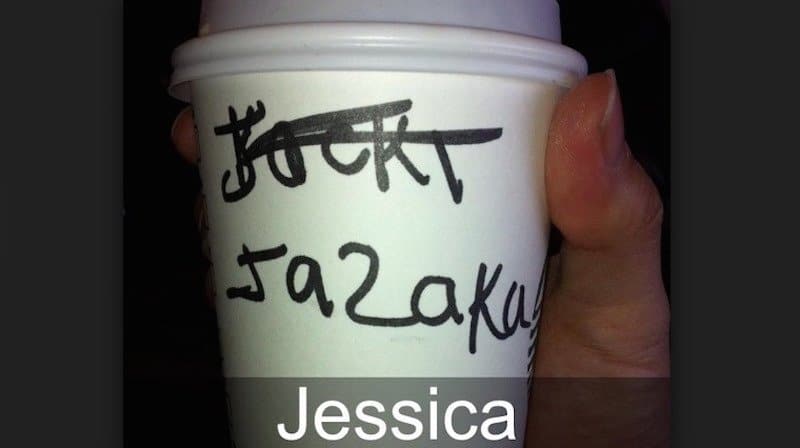 Even after two attempts, this is what they came up with for the name Jessica. Is that a “2” or a “Z” in the middle? The Z would seem more logical, but we are going with 2 to make it more fun for us. 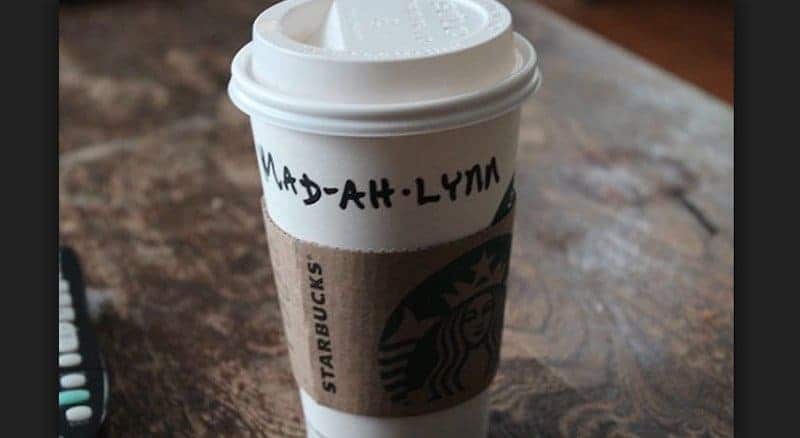 We will admit that Madilyn is a little trickier to spell. We have sounded names out before to help spell them, but you don’t write each syllable down and include a dash in between! 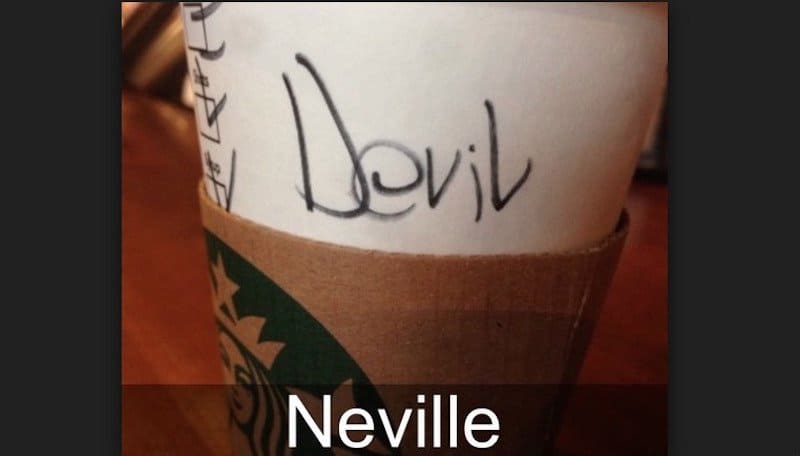 They were close with this one and just heard the first letter wrong. We don’t know many people with the name Devil, so they might have wanted to think it through or ask again before writing down devil. 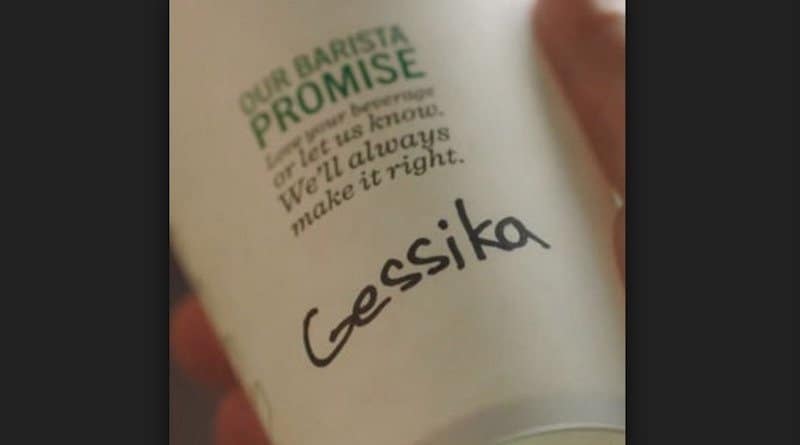 Another close attempt here, but we have never seen the “G” or “K” put in there for a Jessica. It just looks odd to us, but not to the barista. 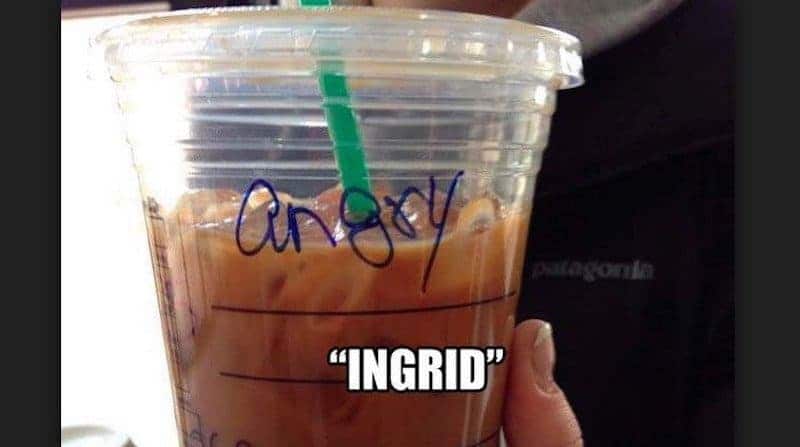 Either they totally didn’t know how to spell the name Ingrid or Ingrid was an angry customer, so they just went with that one. If Ingrid wasn’t angry before, she probably was after seeing that cup. 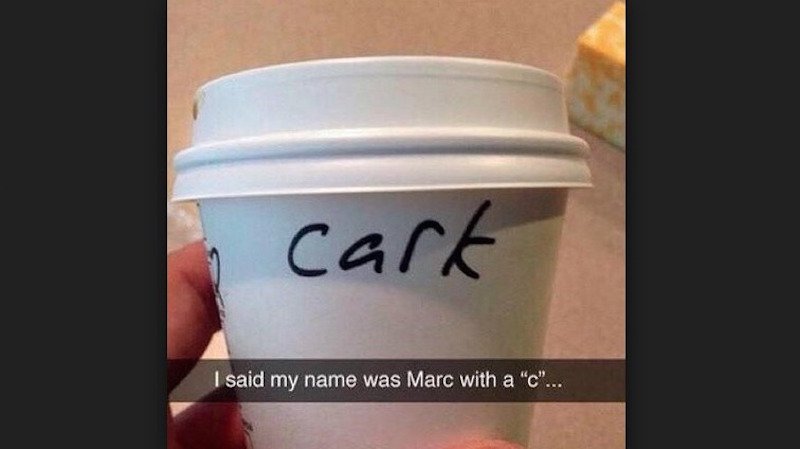 Of all the Starbucks name fails, this one made us laugh the hardest. They explained to the barista that their name was Marc with a “c” and they still got it wrong! The worker figured Mark was spelled with a “k”, but they said “c”, so they just got rid of the “m” and made Cark! 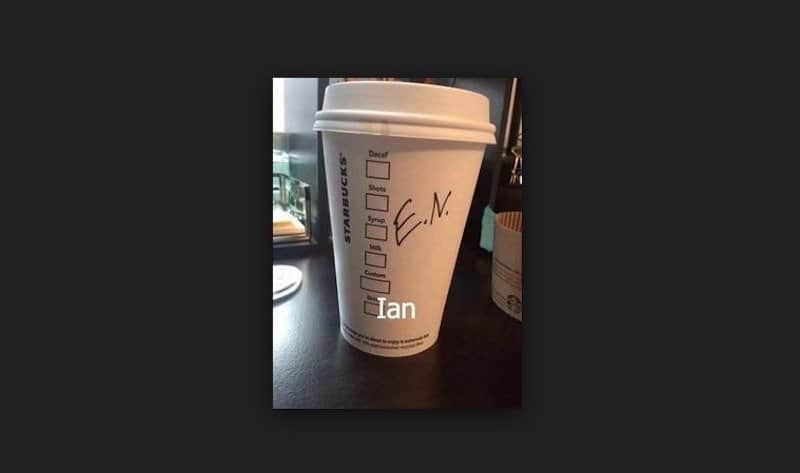 Ian is a pretty easy name to spell. It is three letters long and you can sound it out, right? If you do sound it out, it does come out E.N., so maybe sounding it out is not a good choice. 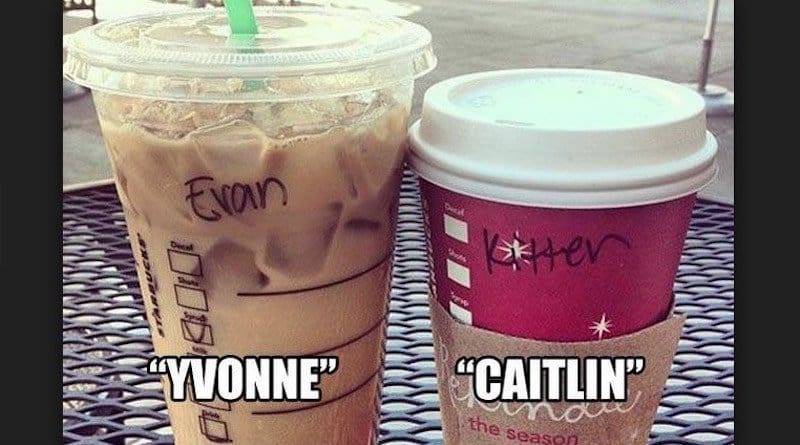 Two drinks for these people and both names way off! Yvonne had a sex change and turned into Evan. Meanwhile, Caitlin changed into an animal, as she became Kitten. This is one of the best fails out there. 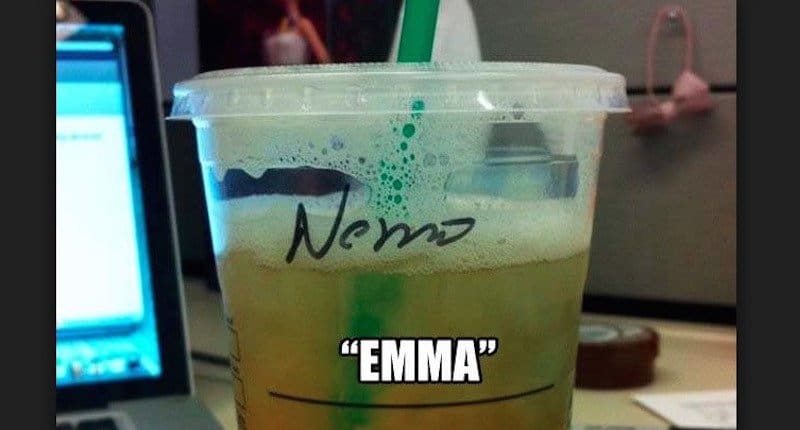 Maybe they watched Finding Nemo before their shift started, so the cute little clownfish was on their mind. However, Emma and Nemo are not similar at all, so get it together barista! 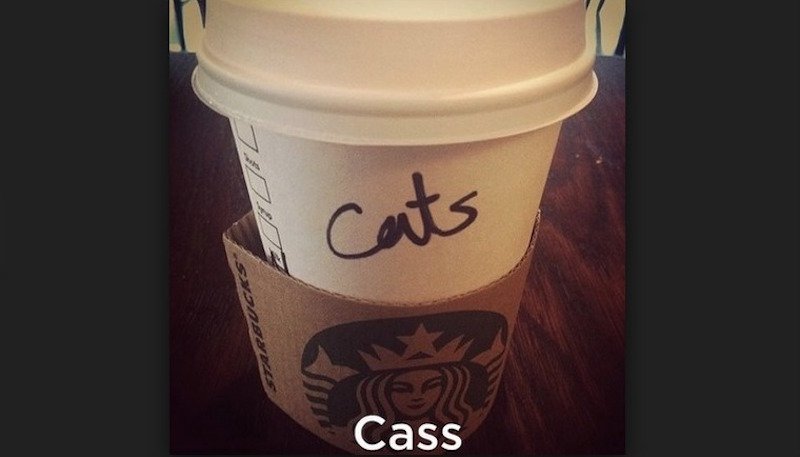 Another close one here, but we don’t think any cats came into Starbucks and ordered a coffee. Maybe it was a cat lady coming in to get some special treats for her cats?