A mummy is a dead animal or human whose organs and skin have been preserved by either accidental or intentional exposure to chemicals, extremely low humidity, lack of air or extreme cold, so that the recovered body does not decompose further if kept in dry and cool conditions. Mummies of animals and humans have been discovered on every continent as a result of natural preservation through strange conditions and as cultural artifacts. More than one million animal mummies have been discovered in Egypt. This list contains 10 shocking facts about mummies you didn’t know. 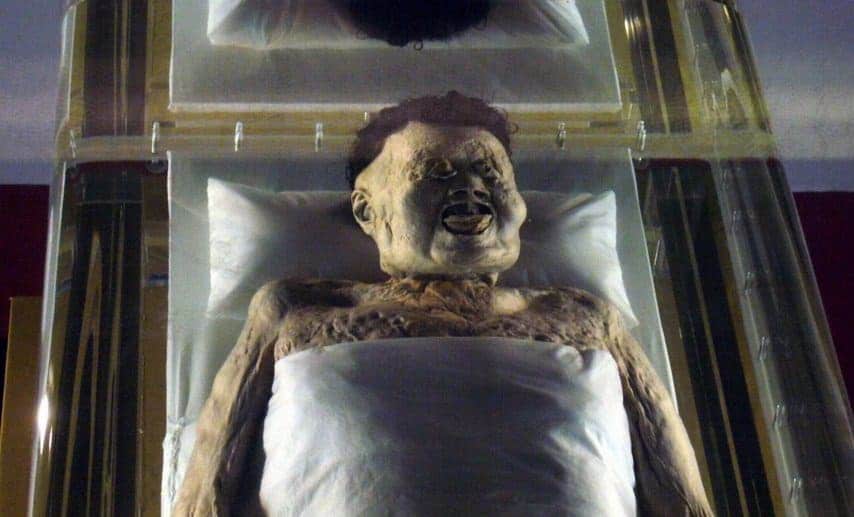 A 2,100-year-old mummy was discovered in China whose blood was running in veins, joints were flexible and skin was moist besides having all organs intact.

Researchers have discovered 3,000-year-old ‘Frankenstein’ mummies in Scotland. Two bodies were made out of six individuals. 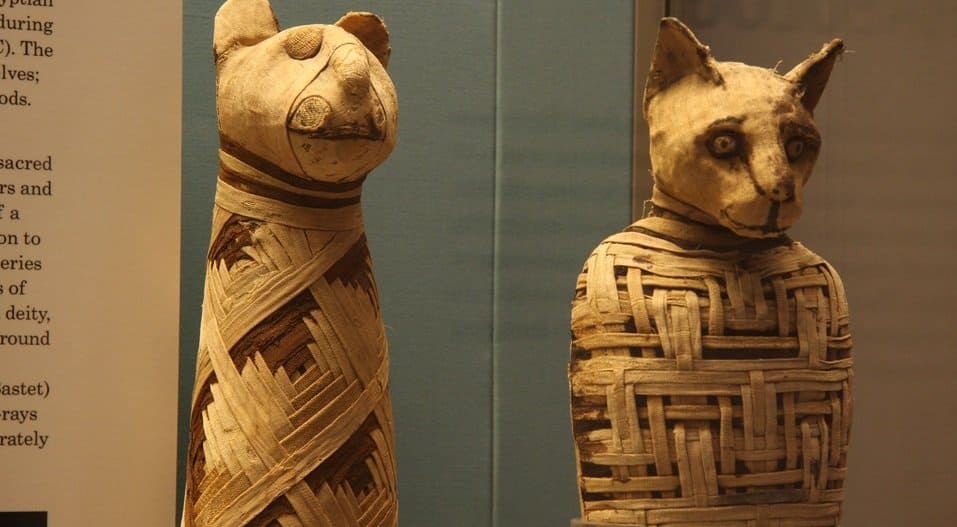 In Egypt, cats that died were also mummified with the Pharaohs (Kings) since they were believed to be a very sacred animal. 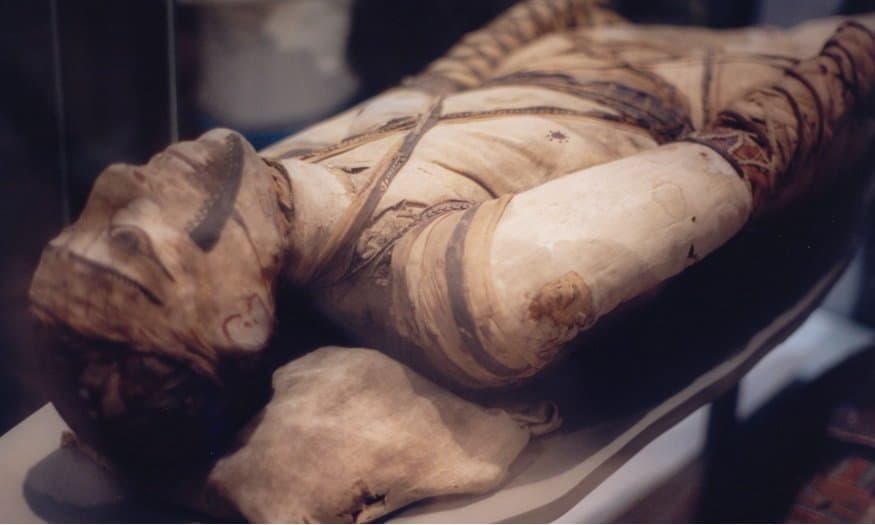 The mummies are believed to be protected with curses to prevent them from being stolen and to shield them from evil.

Artists between 16th and 19th century used a kind of brown paint known as ‘Mummy Brown’ that was made from ground up mummies.

During Roman era, Egyptian mummies were occasionally accompanied by their portraits with lifelike quality on wooden panels. About 1000 of these paintings exist today. 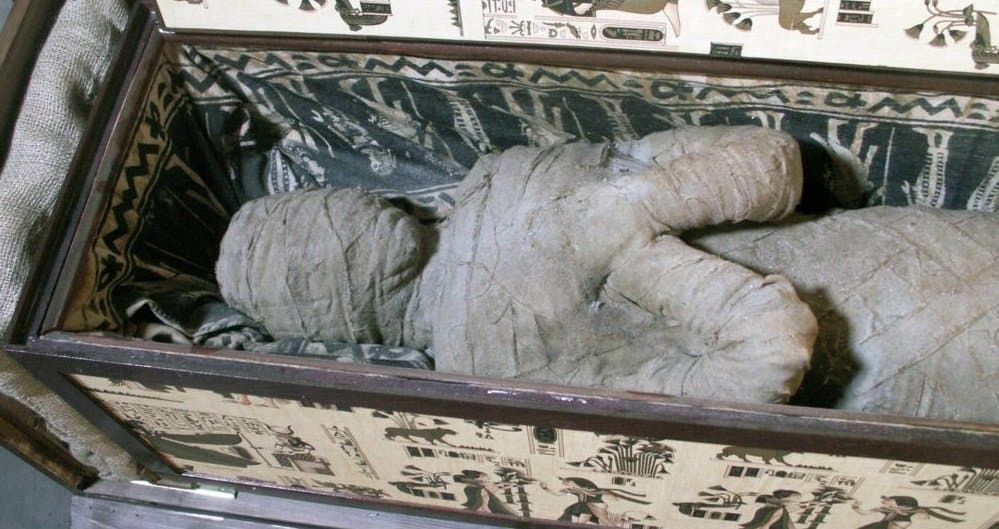 During Victorian era, mummies could be bought from street vendors for ‘Mummy Unwrapping Parties’ where they were unwrapped in front of people for fun. 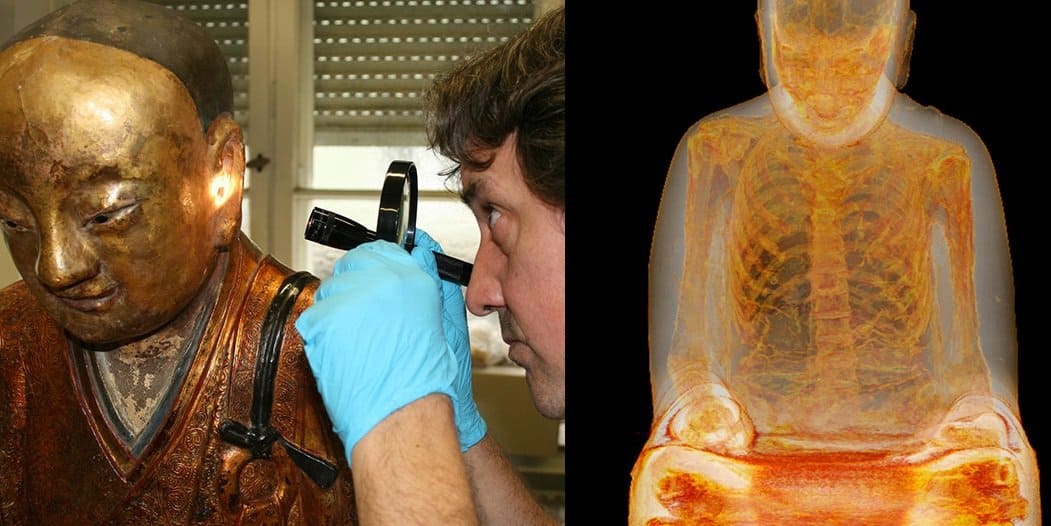 Thousands of Buddhist monks have tried to mummify themselves by consuming only seeds and nuts and drinking a poisonous tea before sealing themselves alive in a stone tomb. Almost 24 successful mummifications have been documented, and they are regarded as Buddhas.

In the 16th and 17th century, mummies usually called as ‘Mummia’ were consumed by Europeans as medicines. 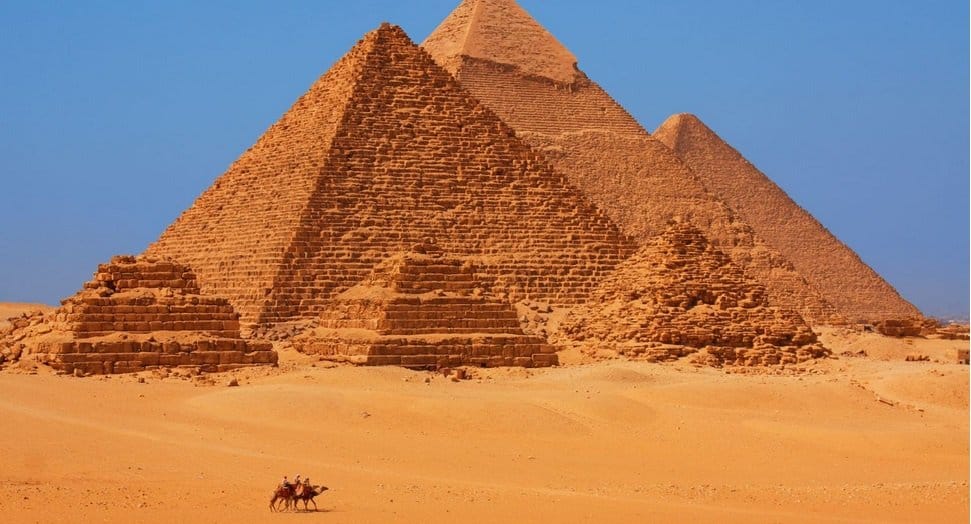 The Pyramids in Egypt were constructed to protect the bodies of deceased kings that have been mummified for hundreds of years.