Thanks to programs like PhotoShop and GIMP, digital art and image manipulation is more prominent and popular than ever. Granted, there’s something to be said for old-school pens, pencils, ink, paints and so on. But you also can’t manipulate photos with those tools, either. Here are just 20 of the craziest images that are out there for your perusal as you travel the artistic superhighway of digital creation, and if you’re feeling inspired, go ahead and take up the digital canvas and your mouse — or stylus and tablet — and bring to life some of the funny and weird stuff that’s going on in your head. 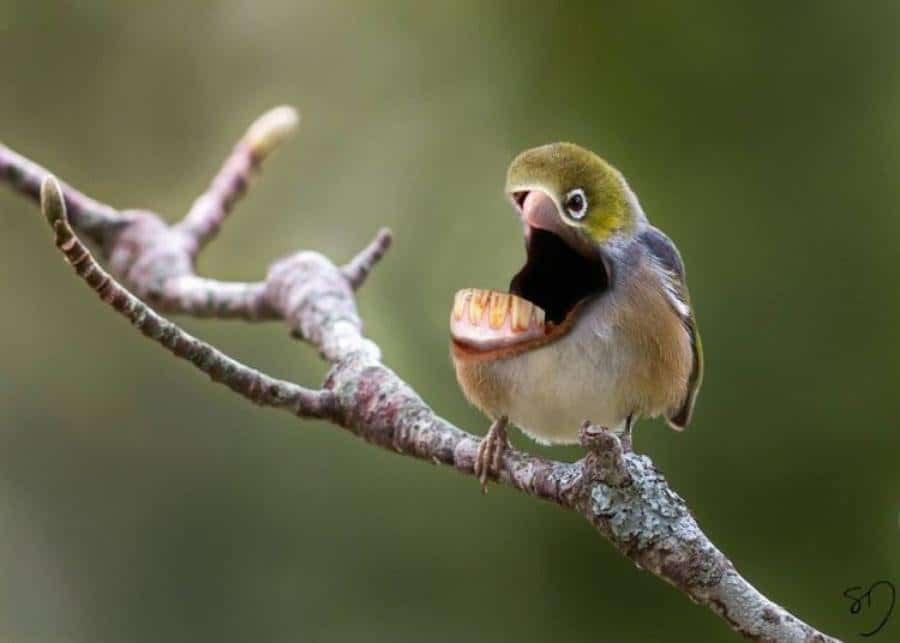 What if birds had mouths instead of beaks? Then perhaps instead of ordinary birdsong, they’d be serenading us every morning with, say, arias from “The Marriage of Figaro,” or “I Feel Pretty” from “West Side Story.” At least that’s the image you could have in your head if you’re a musician. 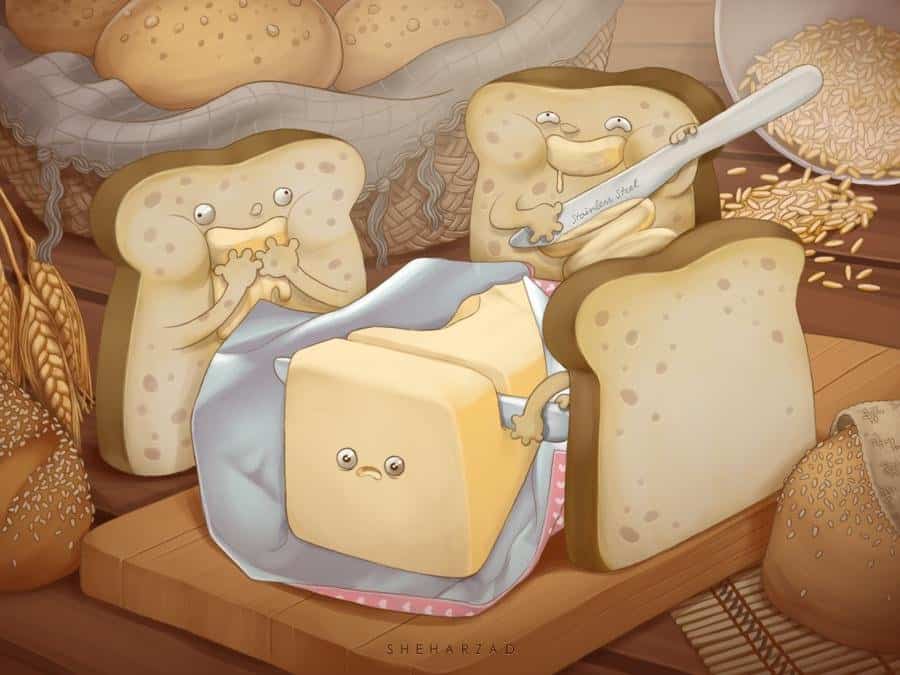 Imagine waking up and your bread is eating the butter you were about to spread on it. It’s likely you’re either having a strange lucid dream, or you feel you need to get some sort of reality check. 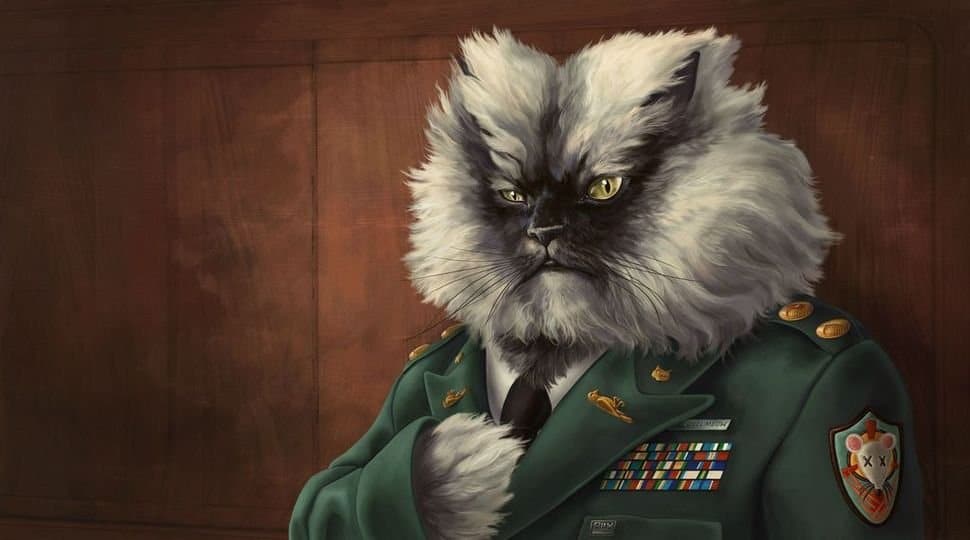 Cats, as lovable as they are, always somehow give us the impression they’re calculating some sort of military coup, if only to get at the treats we’ve hidden in the cupboard. This image seems to support our rather accurate imaginations about this topic as well. 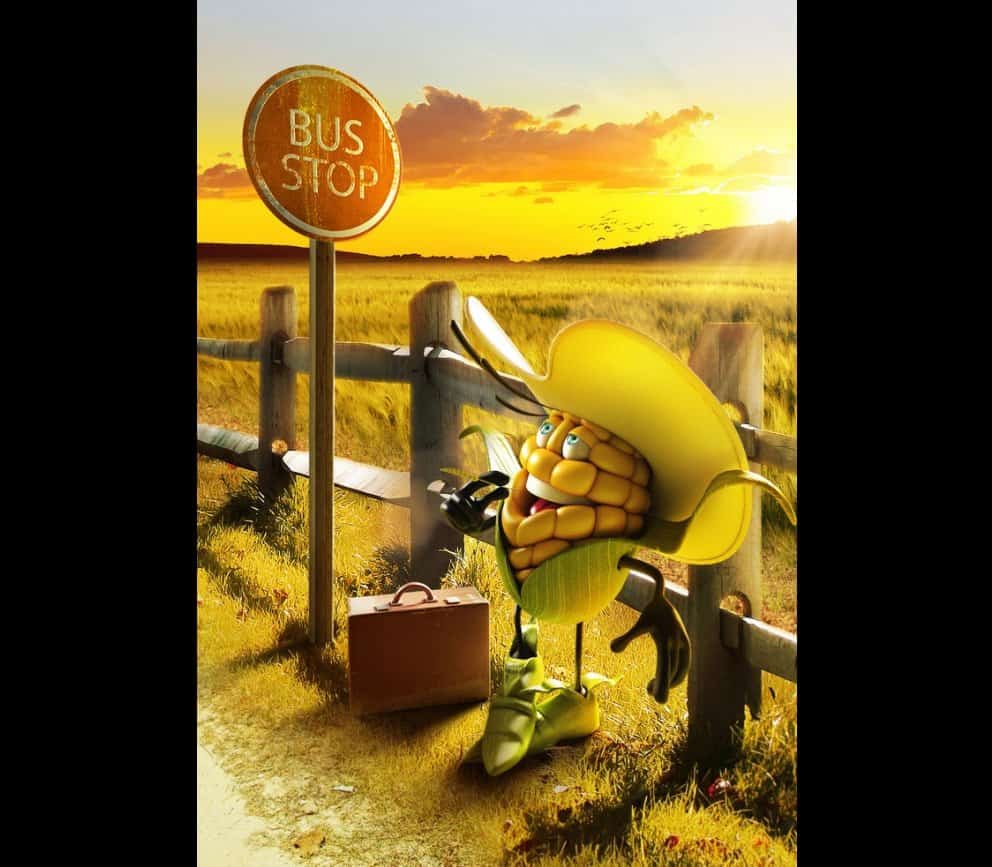 Perhaps this corn cob has had it with rural life and wants a more adventurous time in the city. He better watch himself, or like his fluffy starchy friends, he’s gonna get “popped” right in the “kernels.” 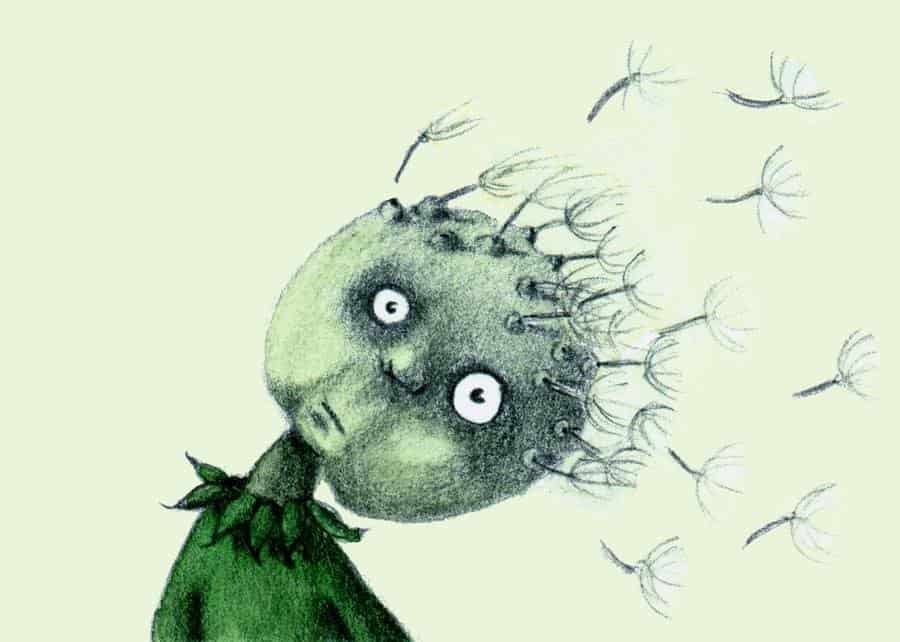 Imagine your head like a dandelion blossom and your thoughts are seeds—and they won’t come back till next spring. Well, that’s an excuse to hibernate for the winter, right? 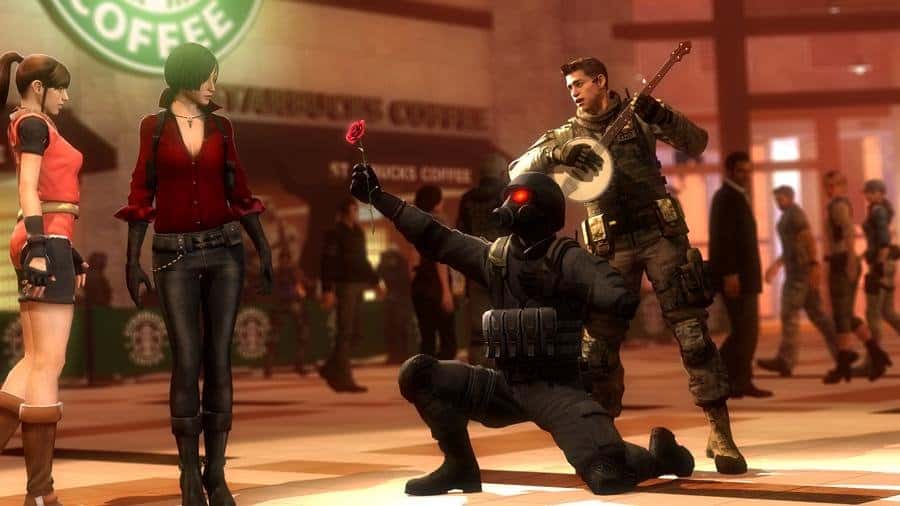 Who knew that futuristic soldiers with full armor could be so romantic outside a well-known coffee shop? After all, he’s down on one knee. How could any woman’s heart withstand that pledge of love? 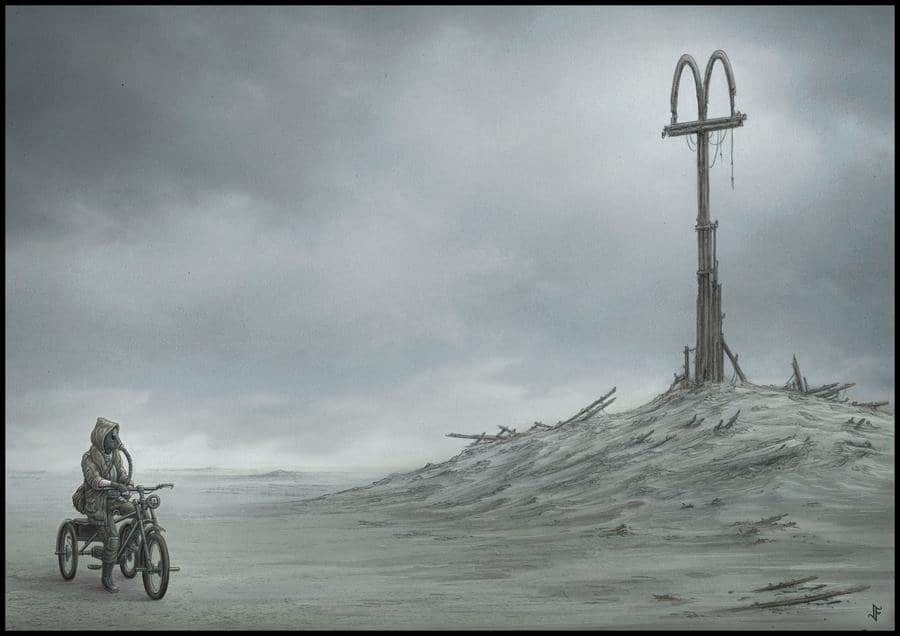 This image says it all about what might happen in the future if we somehow used nukes to get into it with each other and all that’s left are remnants of our former civilization. Indeed, no more words need be said. 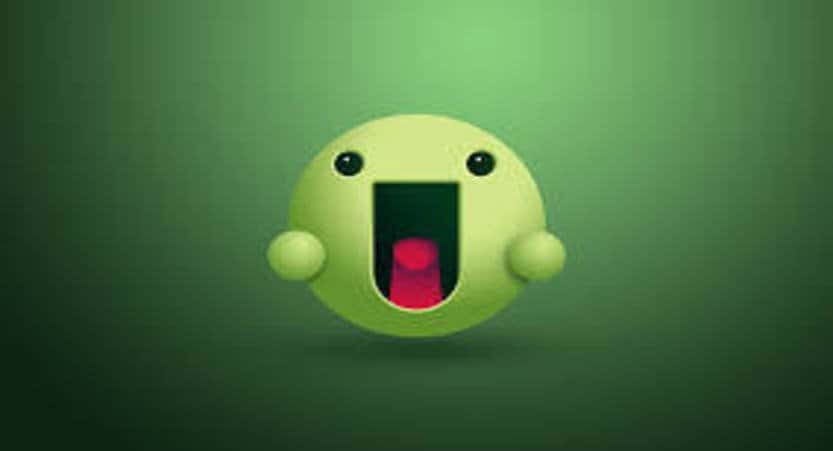 To relieve the depression of the previous image, here’s something you don’t have to ponder till your head hurts: happiness. Sometimes you just have to get excited about life, and Happy Green Blob is only too willing to remind us of this by jumping up and down and being outrageously, adorably cute about it. 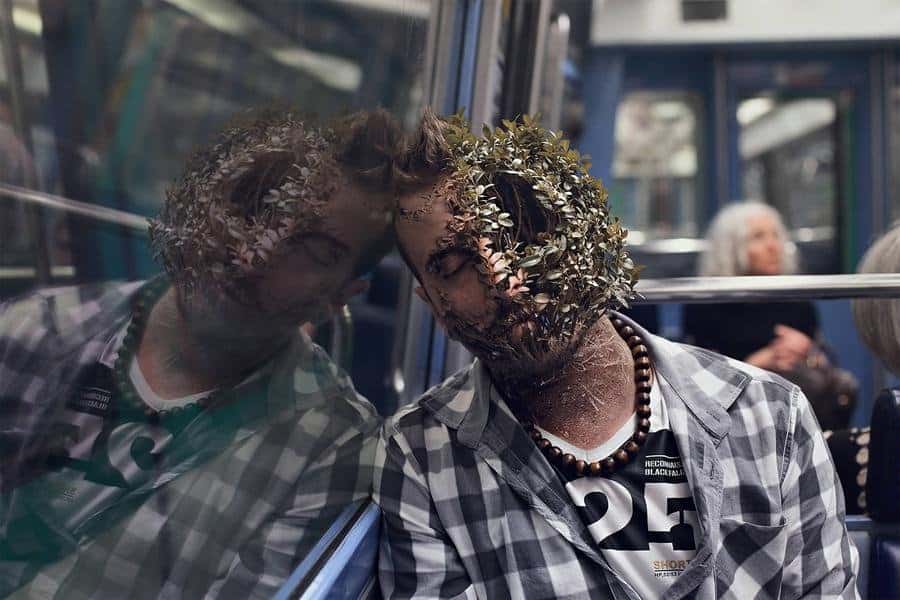 Whoever dreamt this up really knows how to weird people out. But then again, in Welsh mythology, there was a woman made of flower blossoms who ended up being turned into an owl, so maybe the artist took some inspiration from that. Either way, this picture is weird. 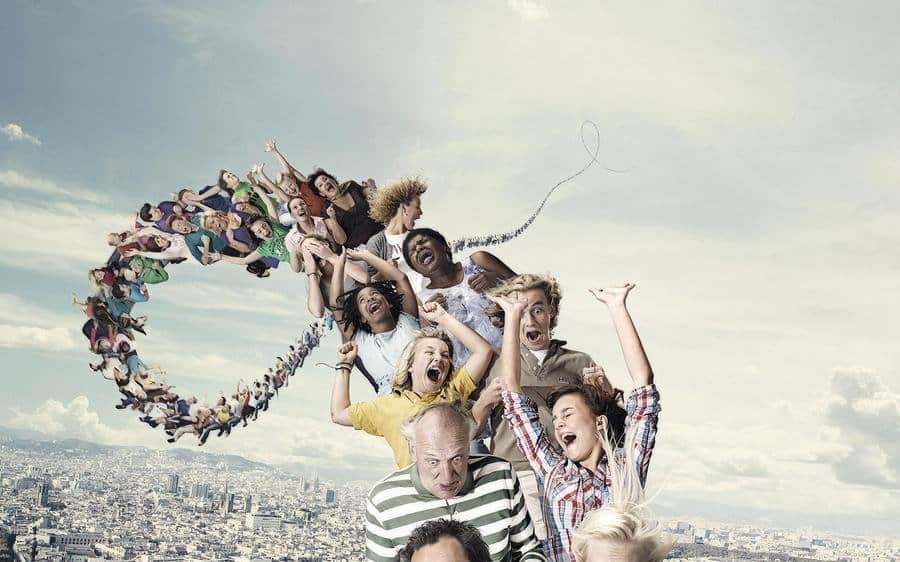 Don’t you wish you could just ride your favorite roller coaster on and on into infinity, without the need for the cars, the rails, etc? Well, looks like someone made your dream into pictorial reality. 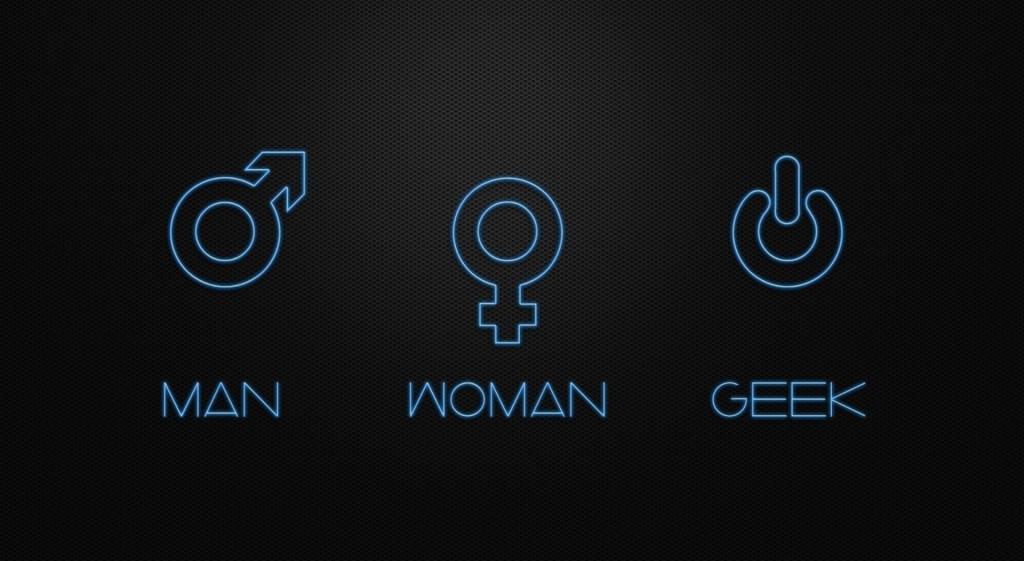 We all know the symbols for “male” and “female,” right? But do we know the symbol for “Geek”? Up till now, we didn’t. But whoever came up with this clever piece of digital symbolism was definitely thinking on the right circuitry board. 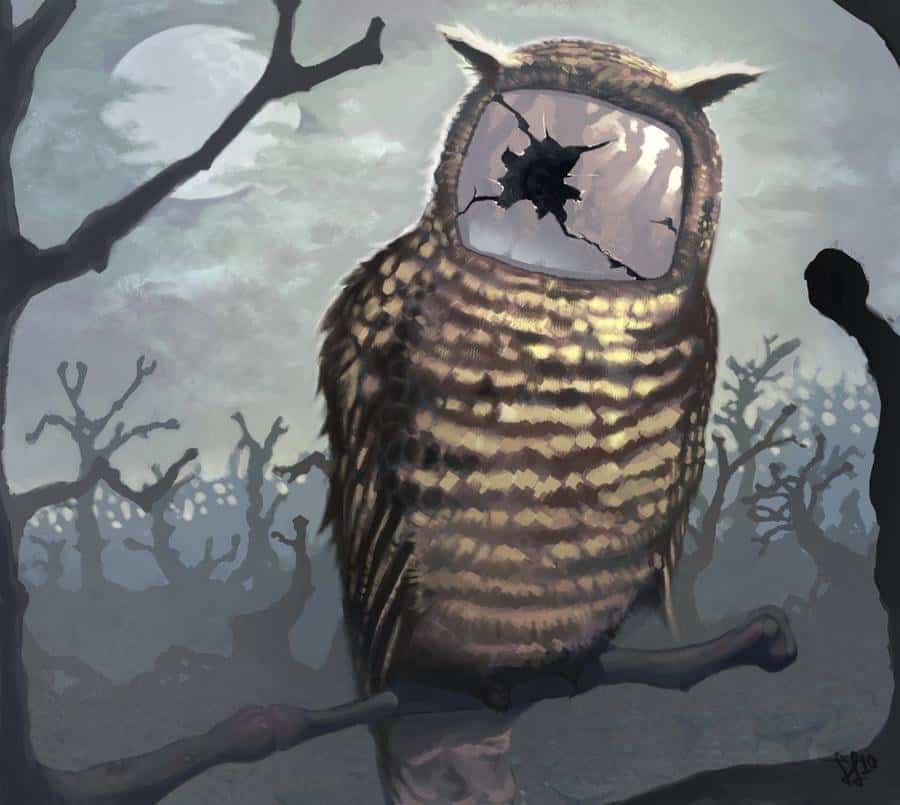 Owls are symbols of clairvoyance and visions as well as dreams. They’re also keen hunters with eyesight that’s way better than humans’. Think of that as long as you need to as you look at this picture. Yeah, it’s pretty freaky to think about, huh?

Person As A Glass of Milk – Artist Unknown 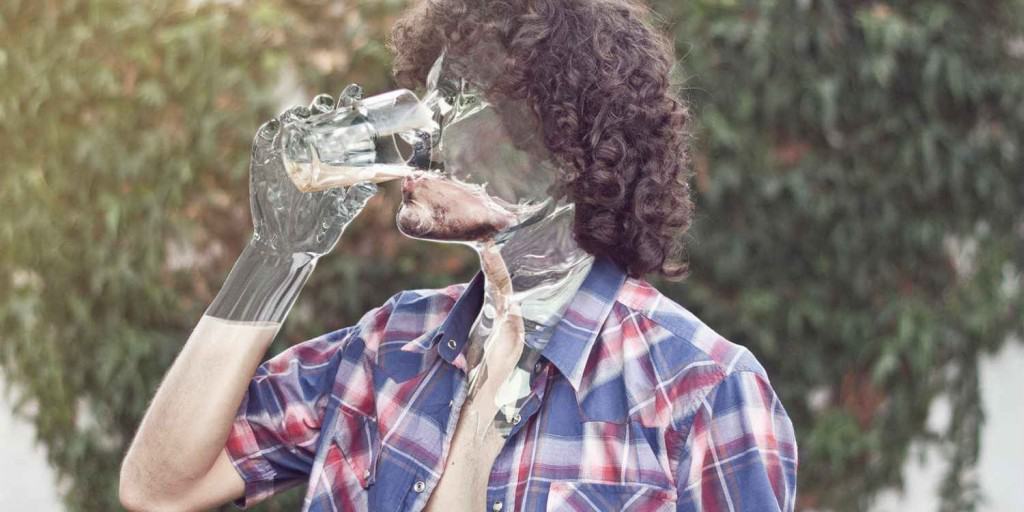 You could easily envision this as “you are what you drink”. Have you ever imagined what it might look like if we drank and ate certain things and we could see all of what we eat because our bodies were see-through like this? It’s likely we’d think twice about what we put in our bodies. 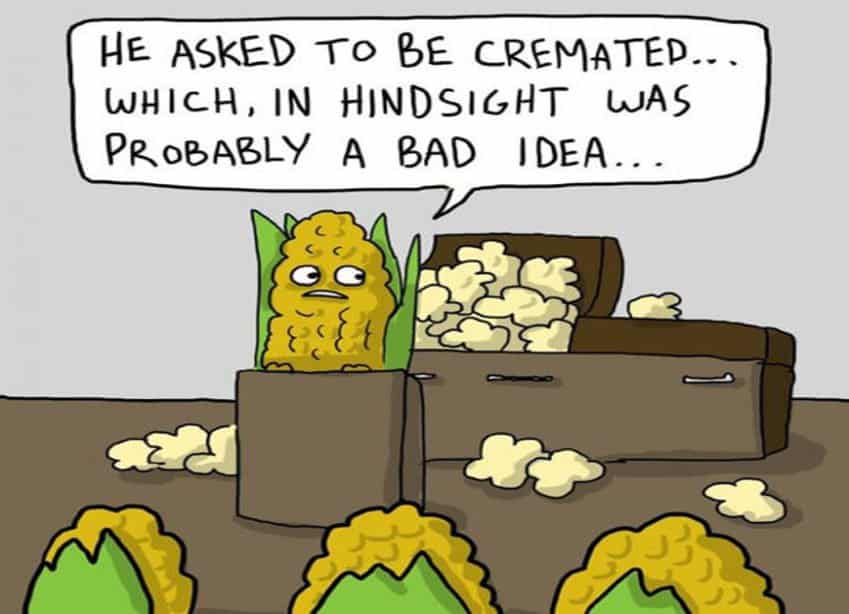 It’s likely you’ll never think of popcorn the same way again. Not after seeing this. 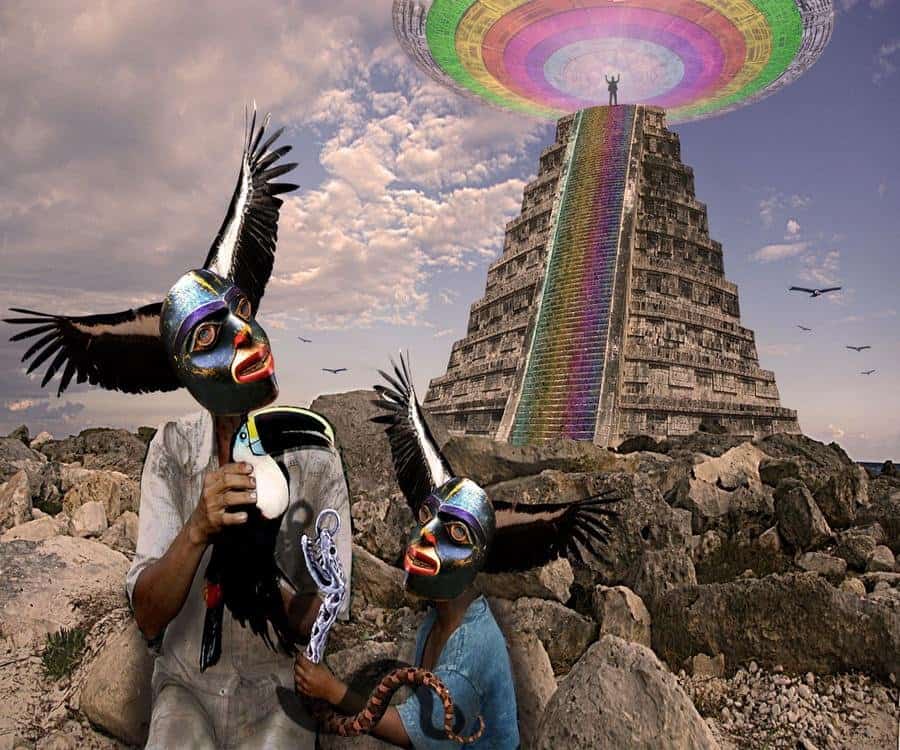 This has to be one of the craziest conglomerations of various spiritual ideas, complete with face-painted natives with snakes and a psychedelic UFO on top of a Mesoamerican pyramid. The artist may be unknown, but it makes you wonder if they’ve been partaking of psychedelics. 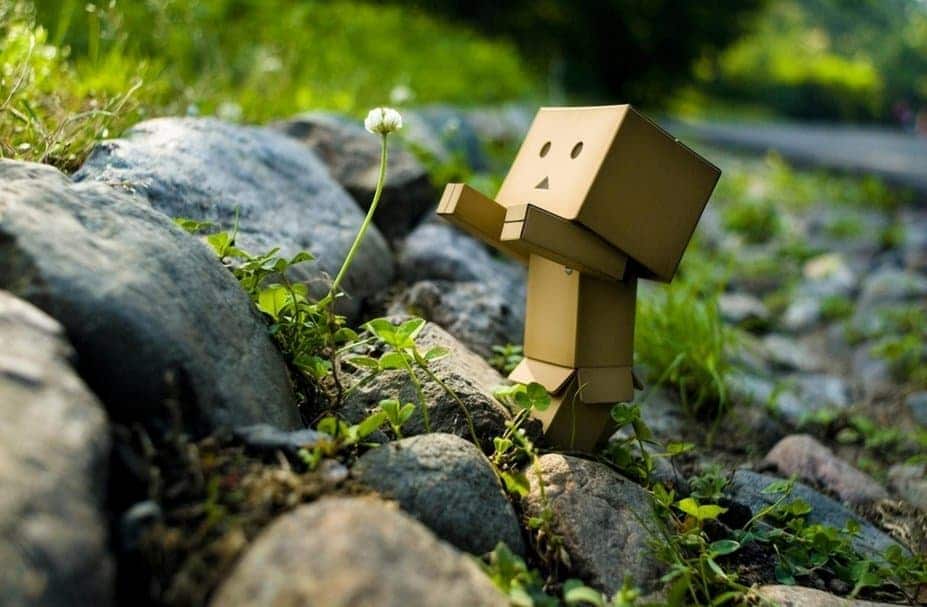 For all those who haven’t seen the movie at all, you might call this a diorama interpretation of “Wall-E” and his search for love while finding the one plant growing after all we humans have done to the planet. 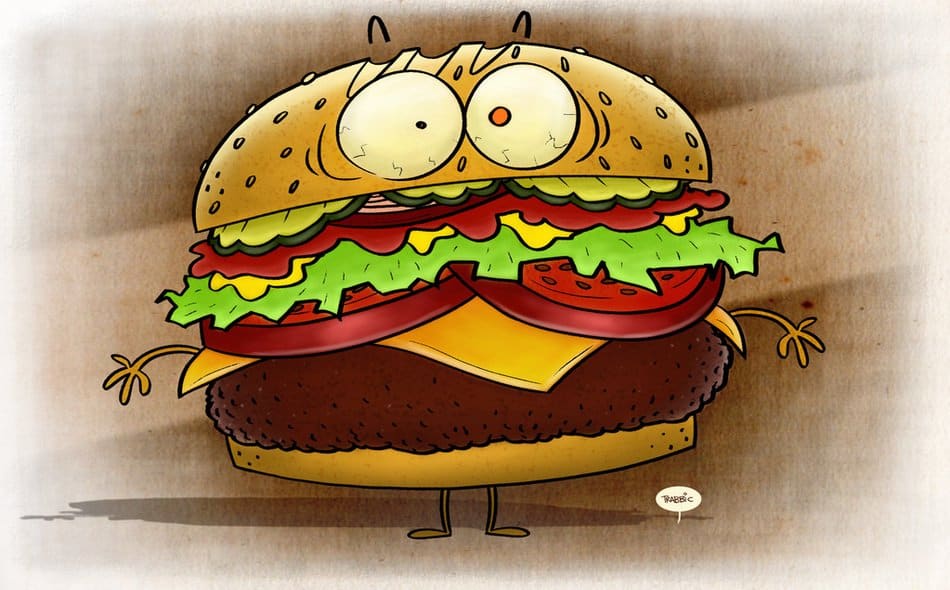 Mr. Trabbic clearly points out the plight of being a cheeseburger. Maybe that cheeseburger knows it’s being chased by the Cheezburger cats who are always asking “I can has cheezburger?” 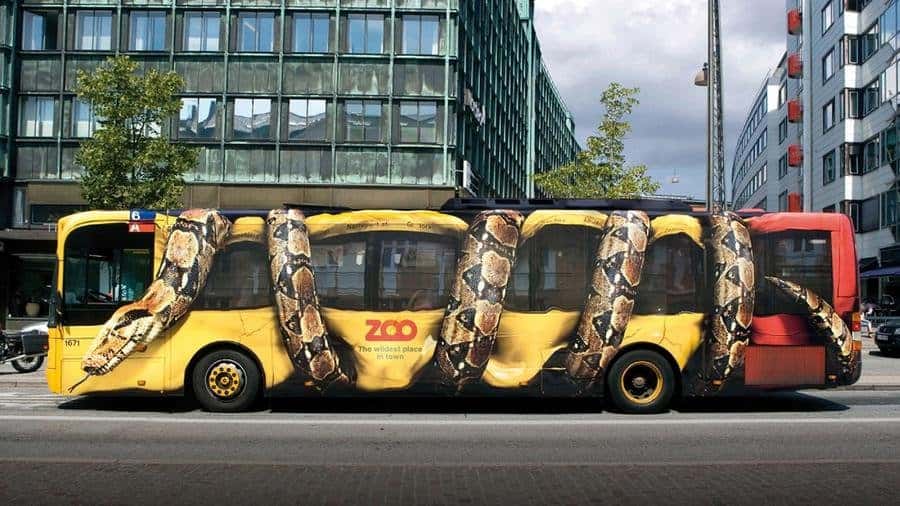 Revenge on behalf of the zoo animals has been carried out by Mr. Python, especially after Mr. Python sees the “Zoo” advertisement on the side of the bus. 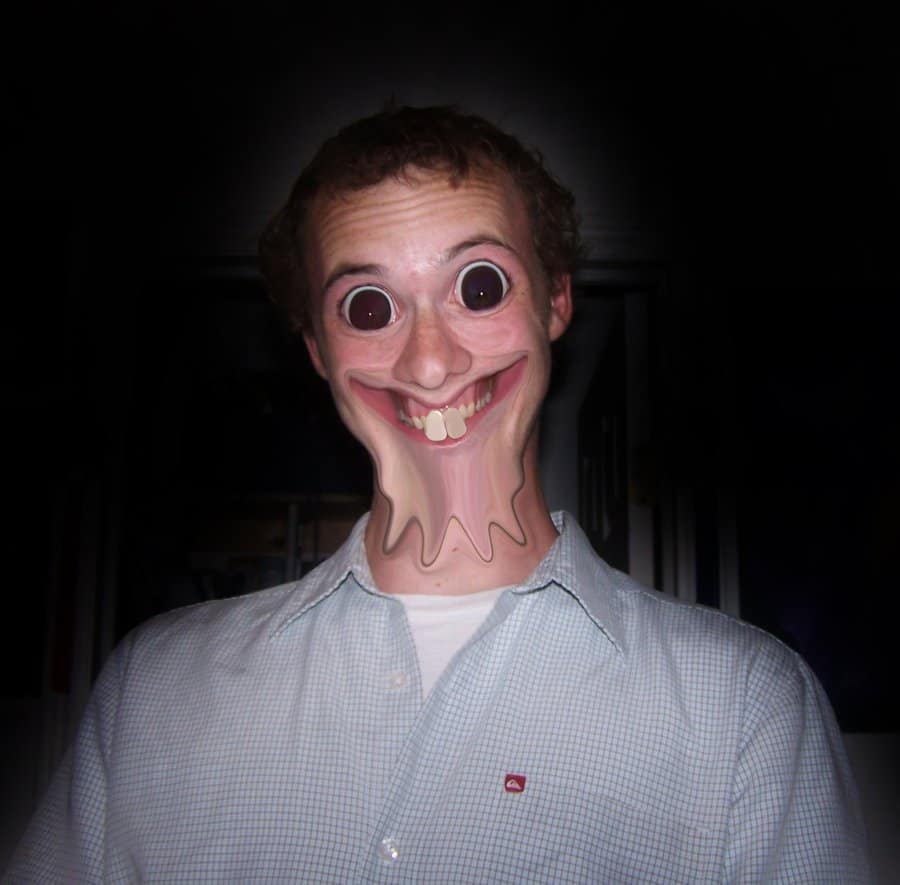 Sometimes you just have to play with someone’s face and give them totally crazy features or else your day just won’t end right. “Weird Face” — there’s no other way to describe this. 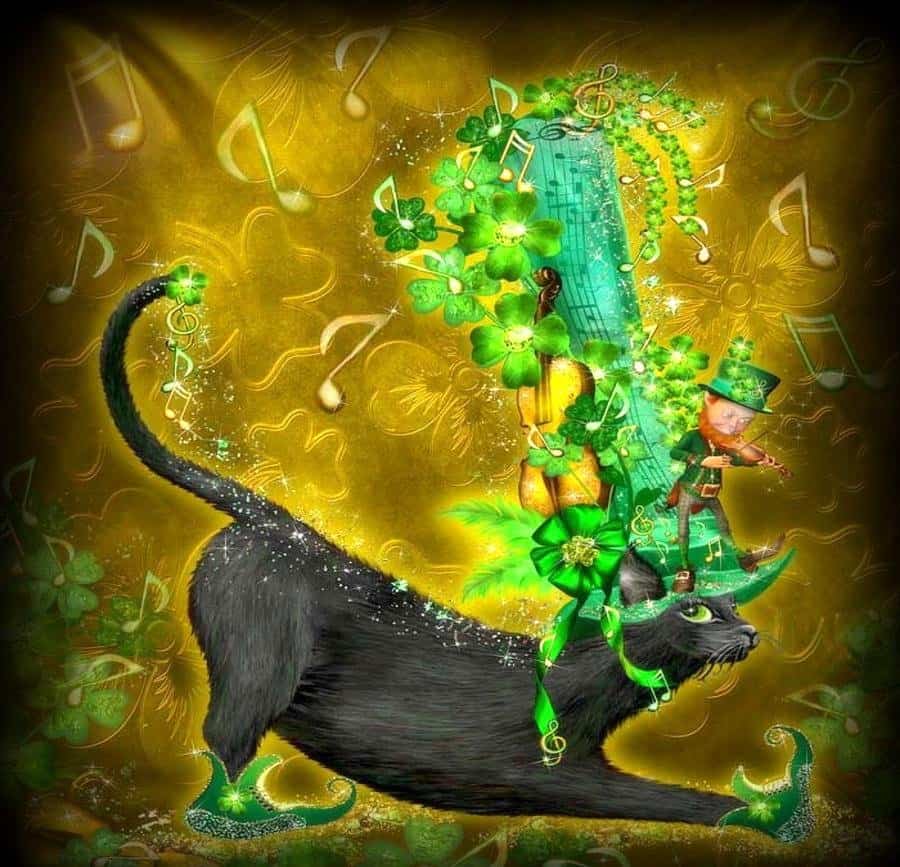 Aye, ’tis a fine way to end a Top 20 list: a cat in an Irish hat. Naturally, the cat in the picture is hating both the hat and the booties. After all, have you ever seen cats trying to walk with booties on their paws?