Nowadays, it feels like everyone has the travel bug. With air fares becoming ever cheaper, the farthest places on the planet are now within our reach and if we want to visit somewhere, for the most part, we do. There are a number of places, however, which are off limits to even the most intrepid of travelers. Barred from public view, these locations only allow entry to the authorized and if you don’t make the cut, you’re not allowed a look in. This is probably the closest you’ll ever get to these places, so take a good look before it’s too late. 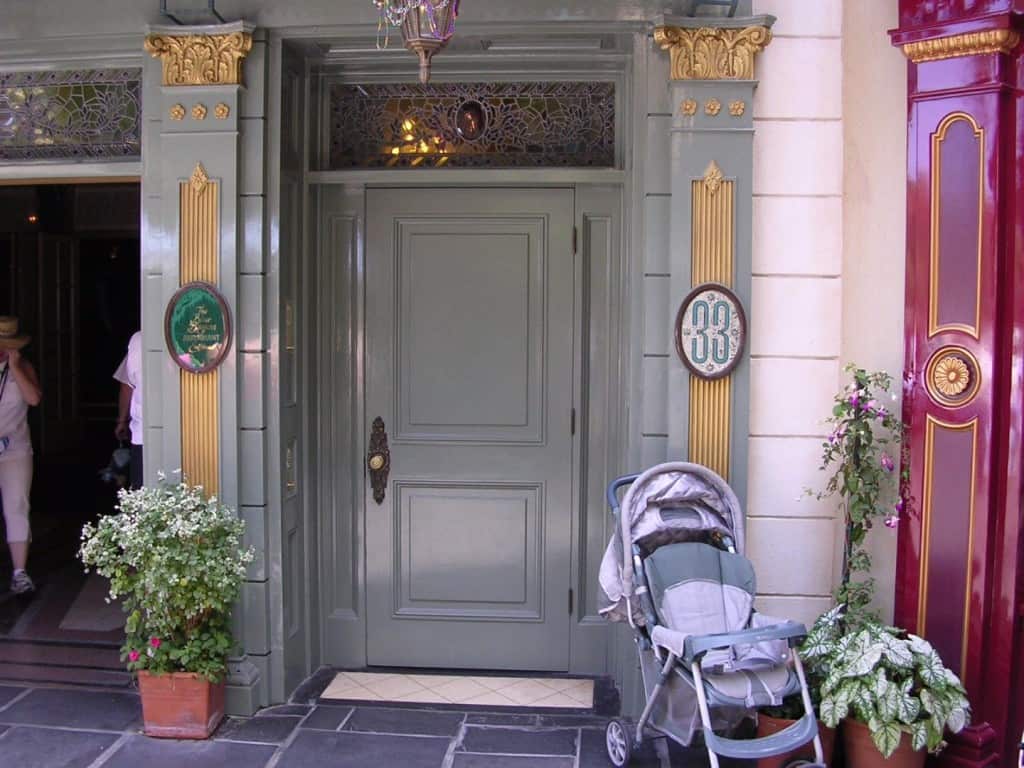 You would be forgiven for believing that all of the forbidden places around the world are the site of underground, illicit activity. Proving that sometimes, you just need to right key, the Disney Club 33 is a highly exclusive members club for high flying professionals. Hidden behind an innocuous looking door, political leaders and business tycoons are free to network to their heart’s content. 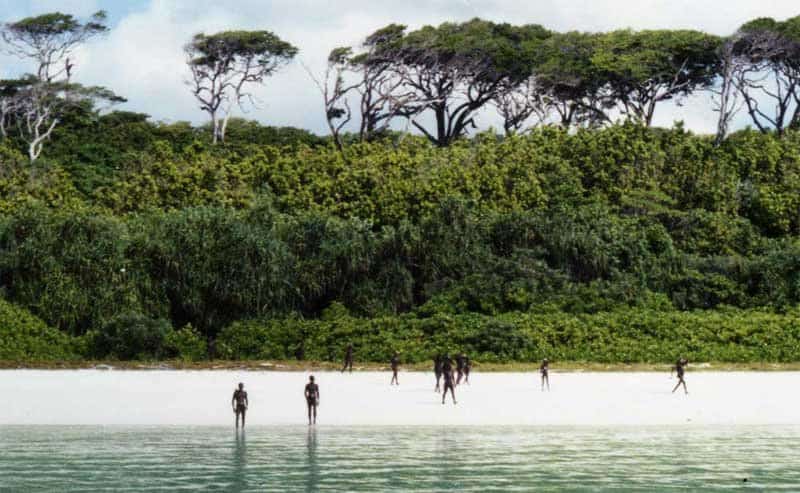 Perhaps the last untouched place on the face of the planet, North Sentinel Island in the Bay of Bengal is closed to all visitors. The island houses the Sentinelese, a group of indigenous people who reject contact with any form of outsider. Attempts to enter the island usually don’t end well so if you’re thinking of taking a trip to the area, think long and hard about it. 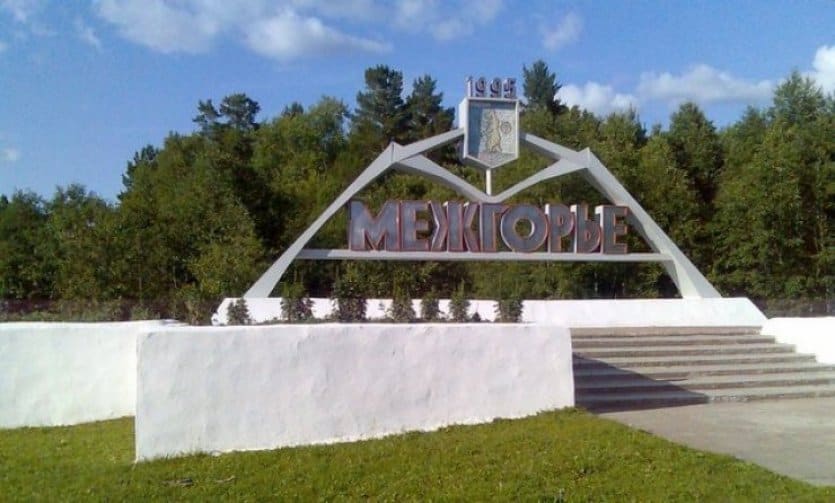 It seems that if you want to pinpoint the country with the most secrets, then Russia is probably the safest bet. Reportedly Russia’s nuclear missile site, Mezghorye is surrounded by two battalions to ward off anyone who tries to enter the vicinity. While it hasn’t been officially talked about by officials, the base is believed to contain automatic missiles which can be activated remotely. Scary stuff indeed. 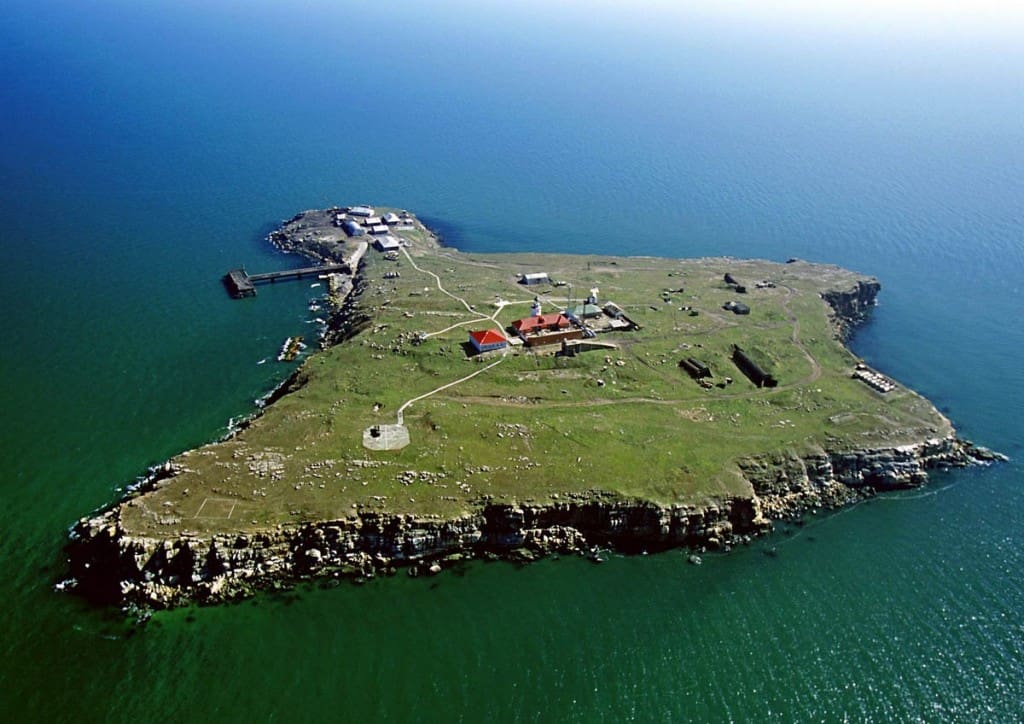 A place that gets its name from its very slimy residents, Snake Island isn’t a place that many of us would willingly like to visit. Home to an unusually high population of the reptiles, the island is thought to be one of the most deadly in the world, and any visitors to the island could put themselves in very real danger. 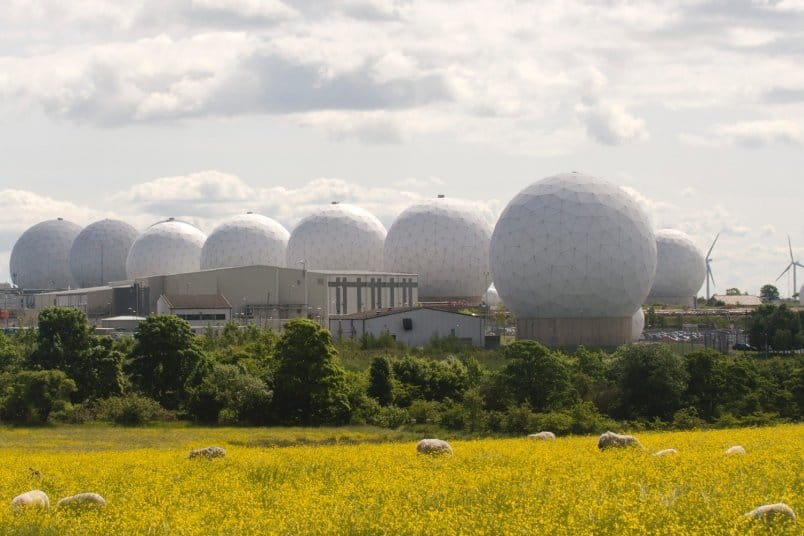 In the sleepiest of English countryside towns, there is a hive of secret activity happening. RAF Menwith in North Yorkshire may not make a lot of noise, but what’s going on behind its walls are definitely worth further investigation. The biggest monitoring system in the world, the complex hub is believed to be used to tap into to private conversations around the planet. 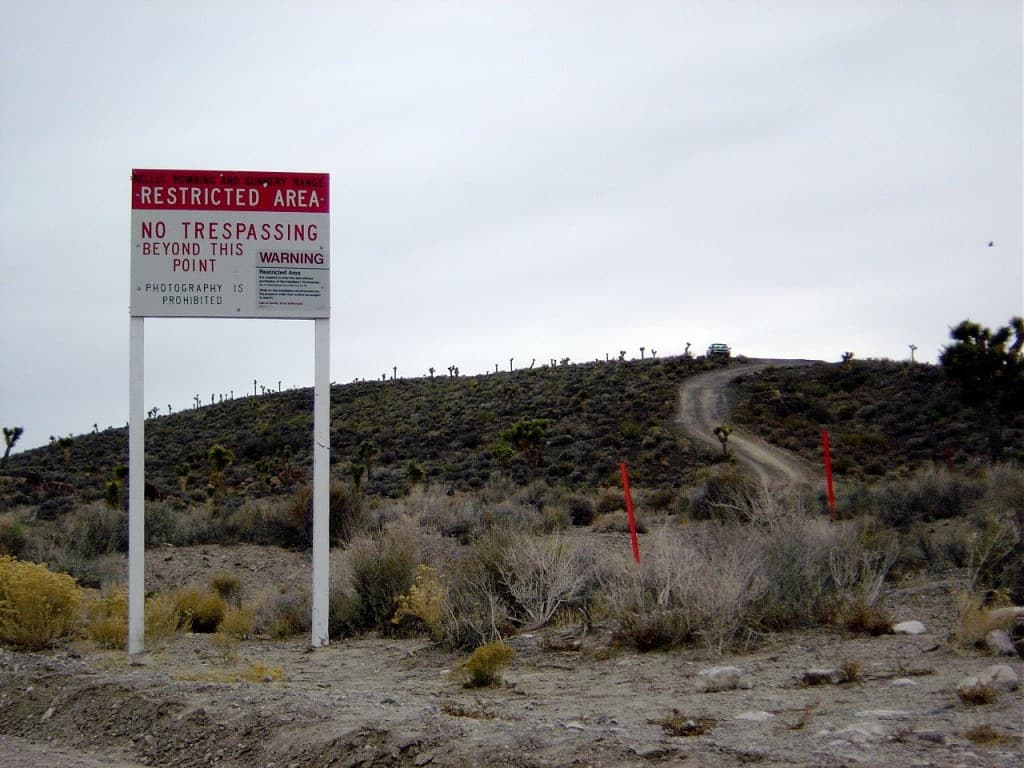 Possibly the most infamous place in Northern America, Area 51 has been the site of speculation for decades.Located in the Nevada desert, the military airfield is believed to be involved in aircraft and weaponry, producing killing machines by the bucket load. Bizarrely, the American government has never acknowledged its existence, despite it being one of the country’s worst kept secrets. 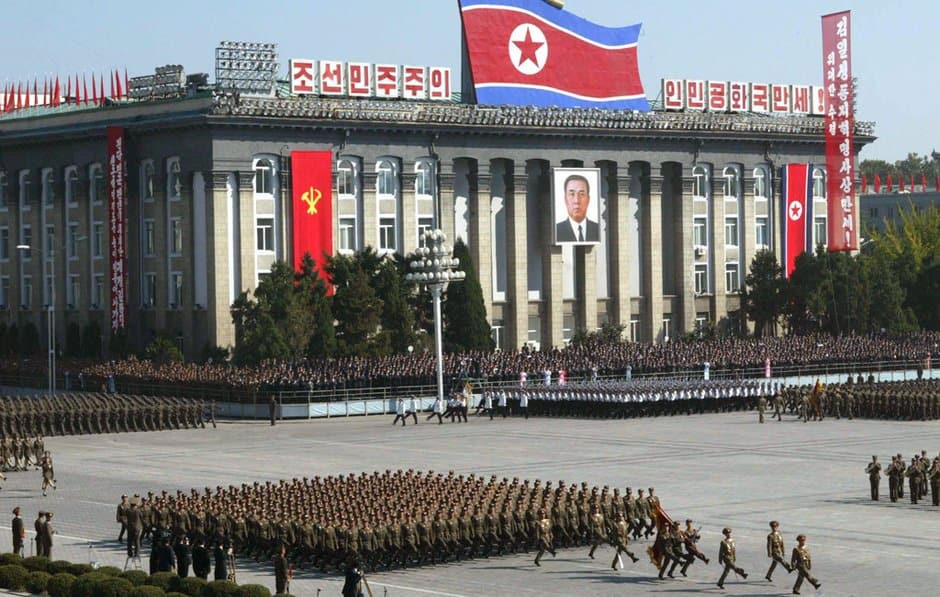 North Korea is home to some of the most hushed up activity in the world right now, so the fact that areas of its cities and countryside are forbidden to public entry should come as little shock. Room 39, although rarely talked about, is believed to be a secret organization constructed with the aim of obtaining illegal foreign currency for Kim Jong-un. Even more scarily, the office is rumored to be involved in drug smuggling and illicit weapon sales and fact which, unsurprisingly, has not been talked about by officials. 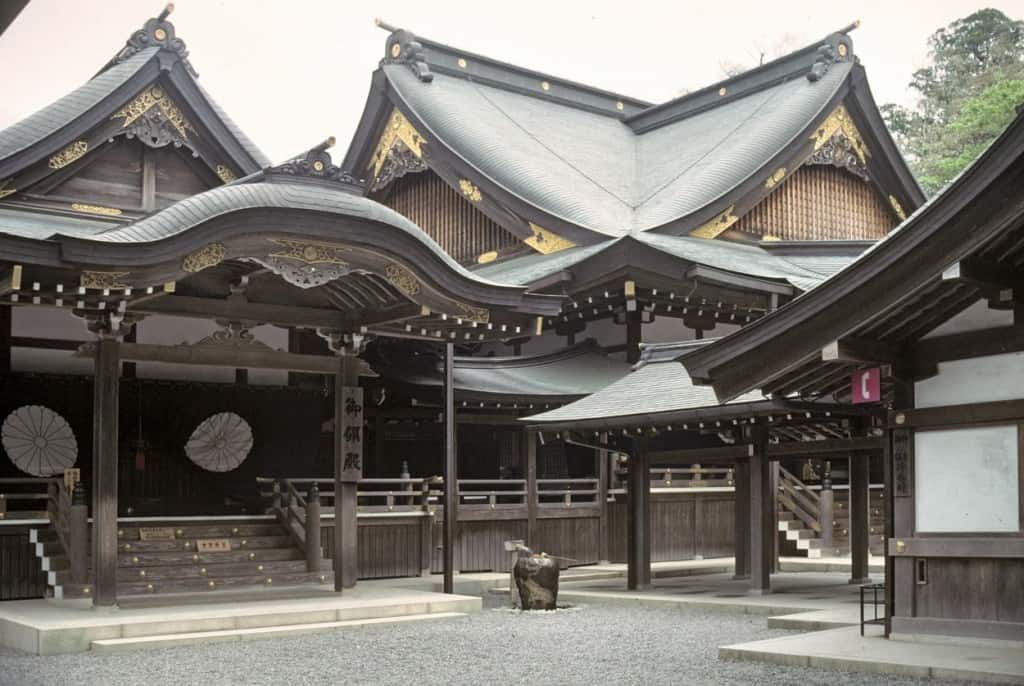 Known everywhere as the holiest shrine in Japan, the Ise Grand Shrine is closed to all visitors, save those who belong to the Japanese Imperial family. A holy spot dedicated to the sun goddess Amaterasu-omikami, the shrine is carefully conserved, and stands high in Japanese culture. 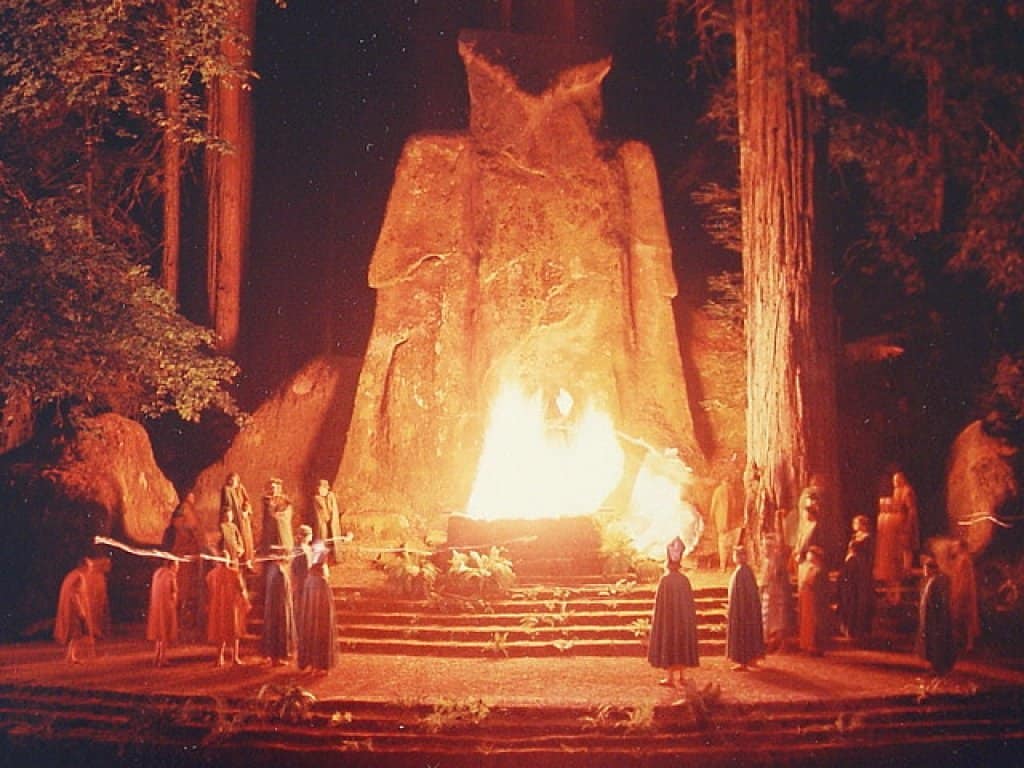 We’ve all seen the movies which, after a lot of build up, climax in some sort of ritualistic worship. If you thought such gatherings were just the stuff of stories, think again. In rural California, a group of businessmen and professionals gather at the Bohemian Grove as part of a secret club. Even though no-one really knows what is going on, from the outside, it all looks a little spooky. 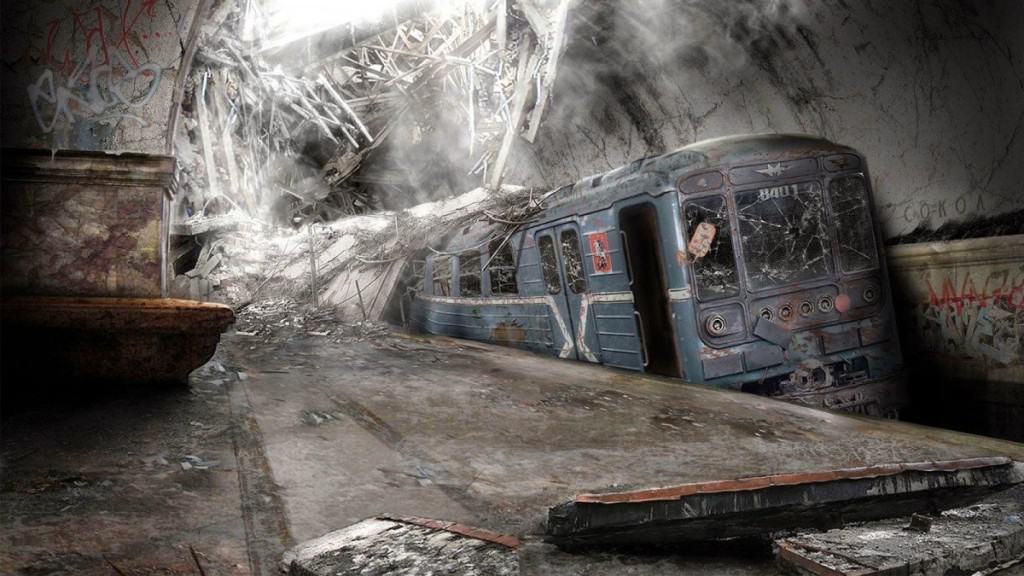 The Moscow metro is home to some of the most stunning stations in the world and yet, large parts of its tunnel system remain closed off for use. A secret underground tube system, the Metro 2 in Moscow runs parallel to the public metro lines, and is not currently in use. Built during the rule of Stalin, the train system has never been officially acknowledged and even today, Russian officials neither deny nor confirm its existence. 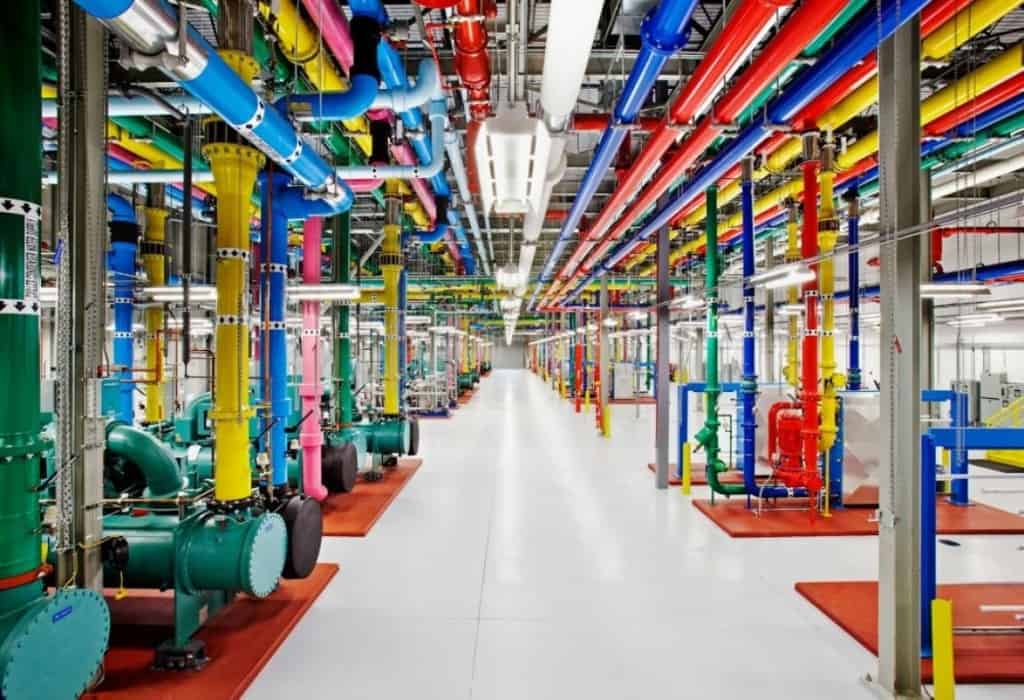 A power player in world business, Google seems to have its finger in every technological pie right now. Its first data center is one of the most heavily guarded places on the planet and, teeming with trillions of records of the public’s data, it’s little surprise that the center wants to keep quiet on its activity. 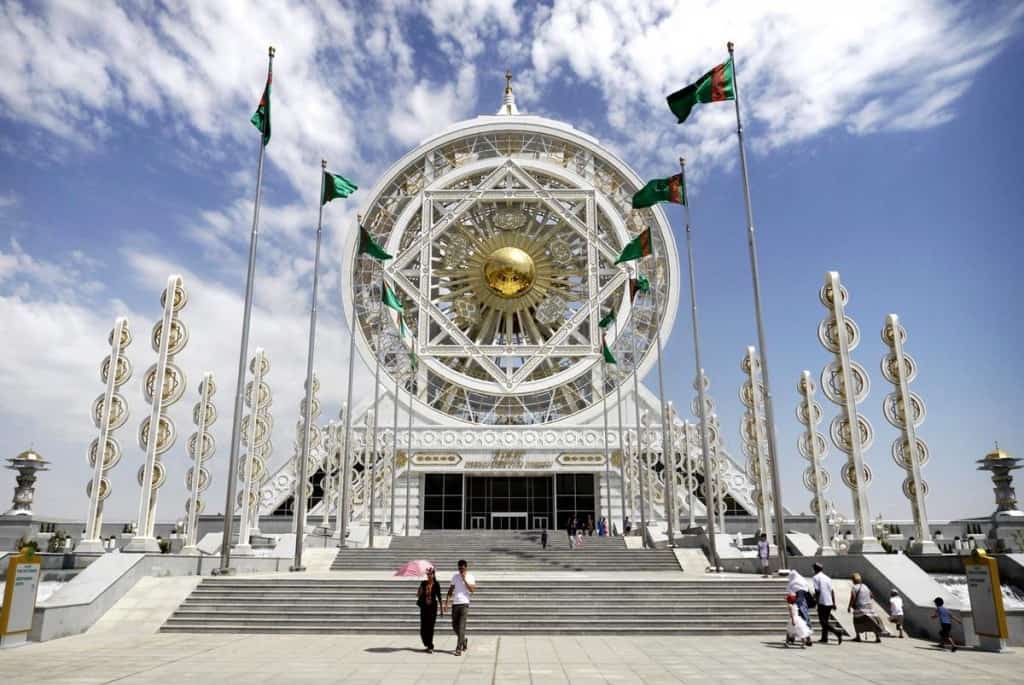 A city in the relatively unknown country of Turkmenistan, Ashgabat hardly opens itself up for visitors. In fact, the country restricts the number of tourists it allows inside its borders and only those who receive an official letter of invitation are allowed to apply for a visa. 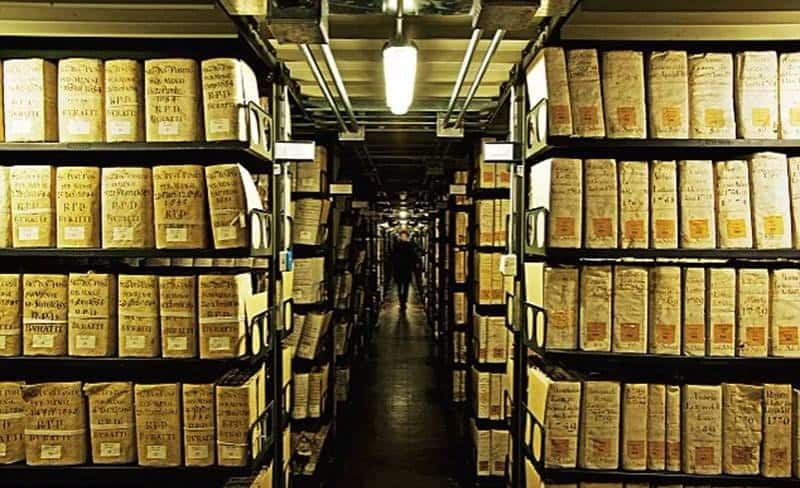 It’s long been believed that the Vatican in Rome is home to a vast system of secret activity, so the fact that a large part of its buildings are off-limits is hardly surprising. The Vatican secret vaults contain copies of some of the most ancient books in the world and, unless you are one of the few to have access, you don’t have a hope of entering inside.

Church Of Our Lady Mary Of Zion 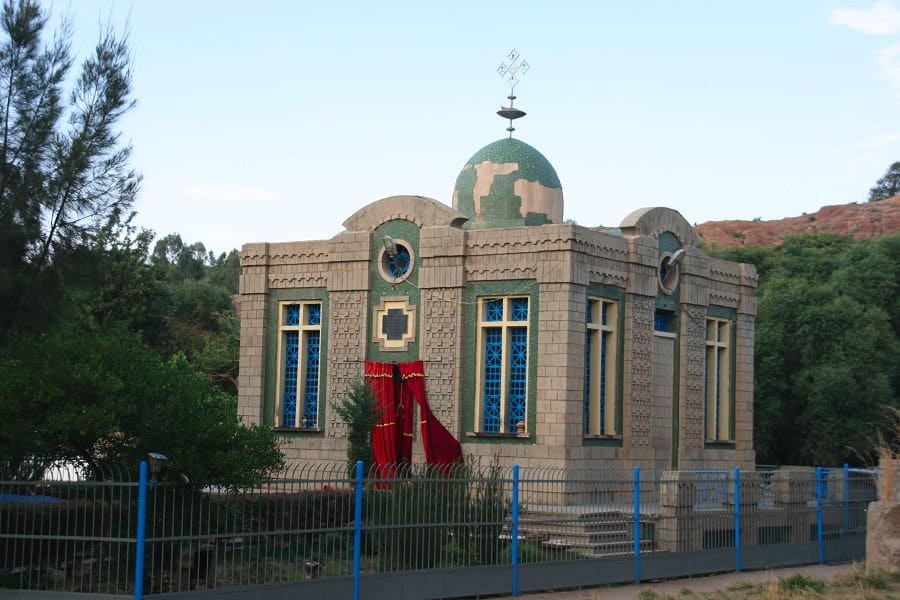 Churches tend to run under the mentality that all who wish to enter their walls are welcome, so the fact that one is barred from the public is very strange indeed. Located in Ethiopia, this church is claimed to house the original Ark of the Covenant, an incredibly precious biblical document. Needless to say, the general public are not allowed inside. 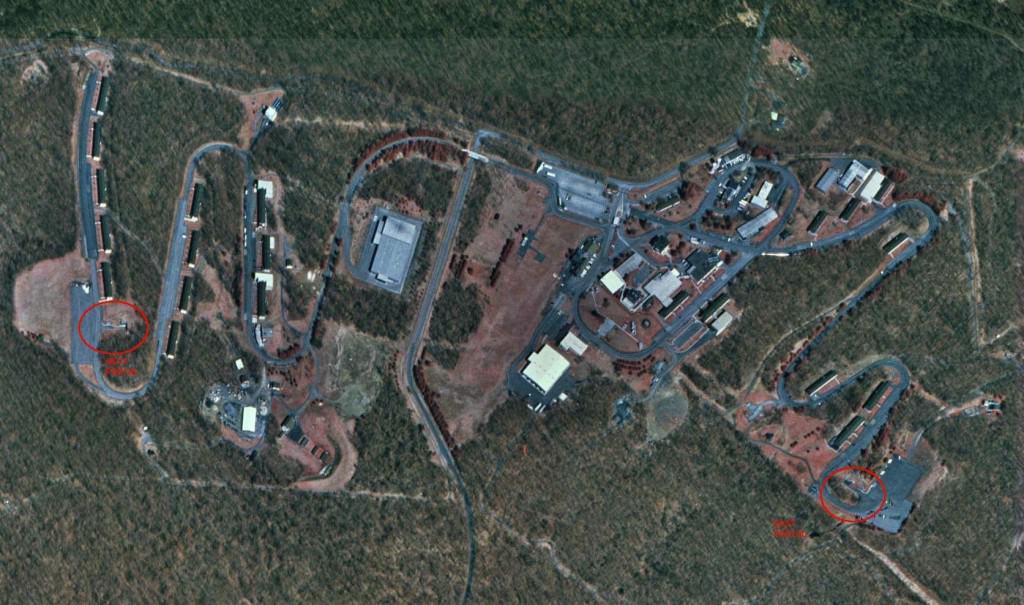 America is one of the most developed nations in the world and therefore, they like to plan ahead. A lot. Mount Weather in Virginia is only proof of this fact. A major relocation site for civilians and military officials in the case of national disaster, the site is a huge network of survival hubs. With a plot of land so big, we have to ask; what do they know that we don’t? 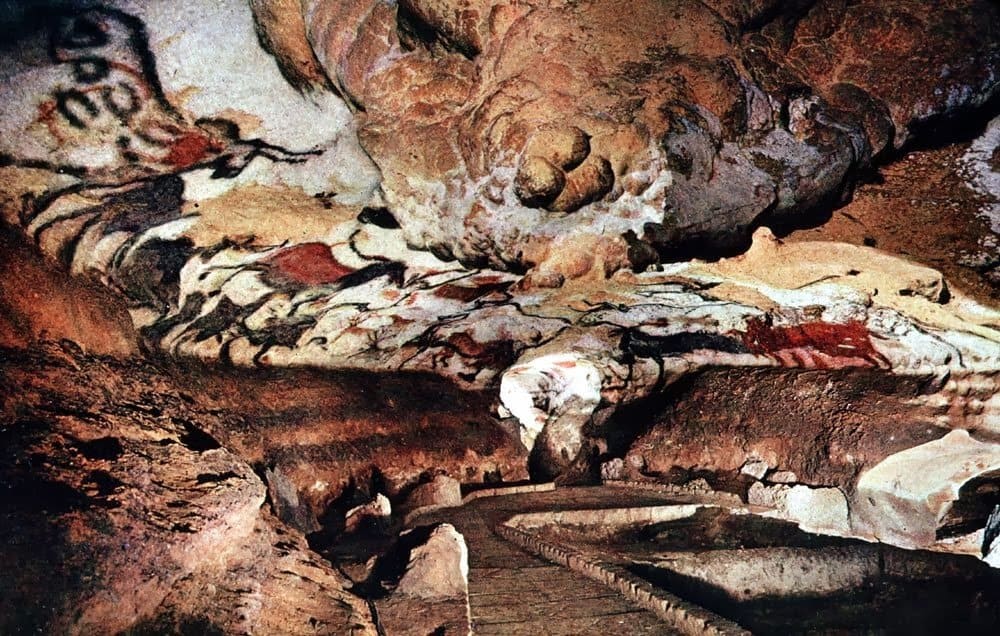 When a group of French schoolboys discovering a cave system covered in pre-historic paintings, they couldn’t believe their luck. While the paintings of the Lascaux caves were open to the public for a time, now, they are completely off-limits due to the erosion caused by particles in the air. French authorities have created a mock version of the caves, giving visitors a taste of what the schoolboys saw all those years ago. 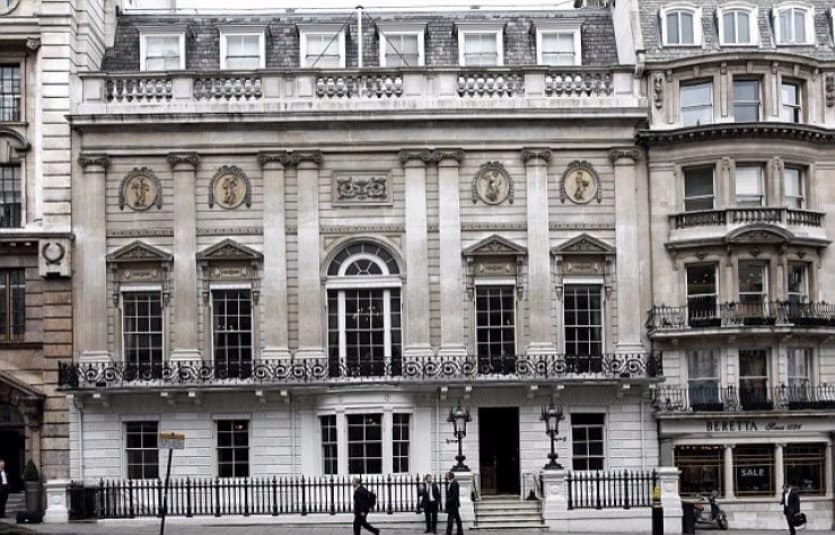 Over the course of their lifetimes, most people dream about being allowed access into secret members clubs and yet, for the majority, it will always remain a dream. Adding insult to injury is White’s Gentlemens’ club in England, a society so exclusive that it only caters to the very wealthy or the very royal. Here’s hoping that one day, they open their doors to the rest of us. 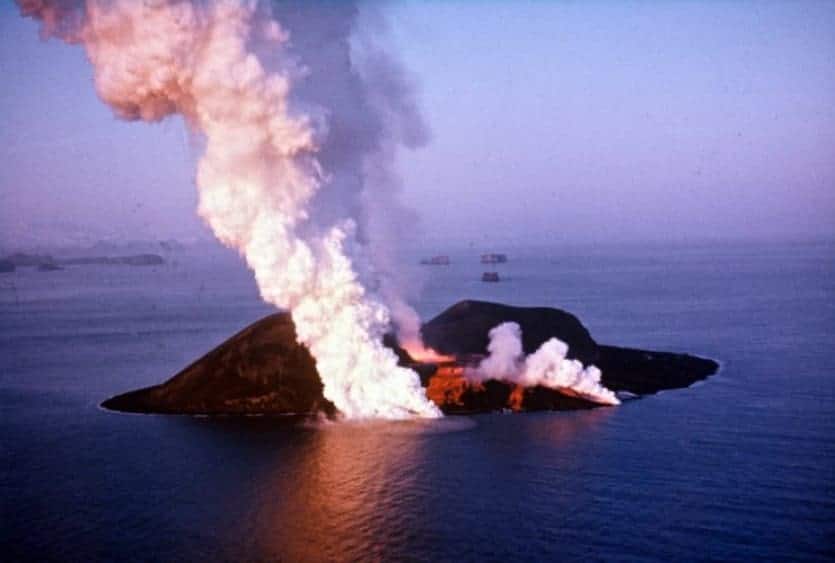 Not all places are forbidden because of secret activity, however, Surtsey is a volcanic island located just off the coast of the geologically active Iceland. While regular Joes aren’t allowed access to this highly active island, a number of scientists have been granted occasional visitation rights, all in the name of research. 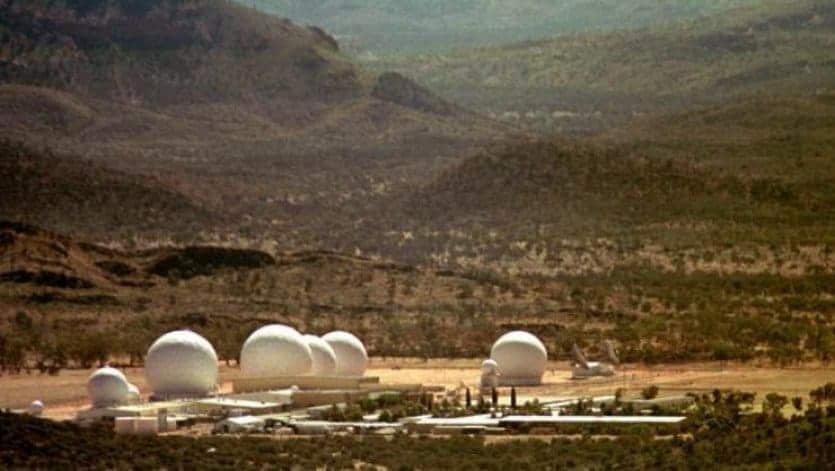 Australia is home to some of the most deadly and dangerous areas on the planet, so it’s little surprise that certain places are forbidden to visitors. Known as Australia’s answer to Area 51, the Pine Gap is run in conjunction with the Australian government and the CIA, monitoring activity across the globe. 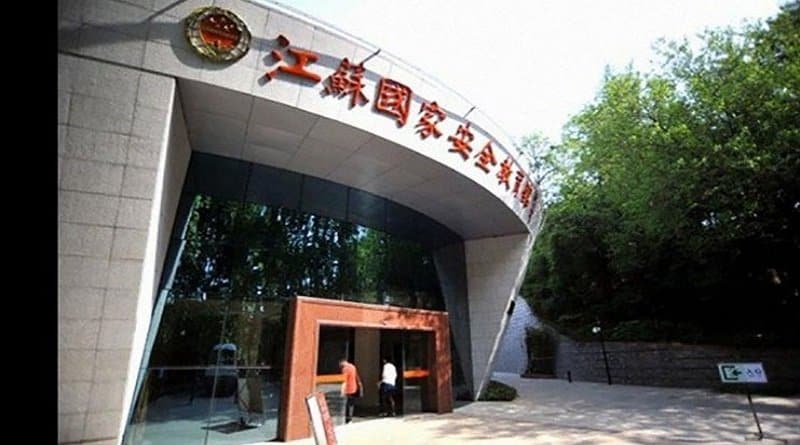 Unless you’re a native Chinese person, you have zero hope of entering the Jiangsu National Security Education Museum. Fearing the spread of its sensitive government information amongst tourists, Chinese officials have prevented any none-natives from entering into the museum. Unsurprisingly, photography is banned inside, for fear of who might get their hands on the information.