It’s been said that people start to resemble their pets after a certain amount of time, but these 20 celebrities look like random animals – some of which would never be kept as pets. By exaggerating a celebrity’s most obvious physical feature, it’s relatively easy to realize which animals they look like. From big smiles to big noses or big eyes, these animals bear a striking resemblance to some of the most well-known people in the world.

Sarah Jessica Parker and a Horse 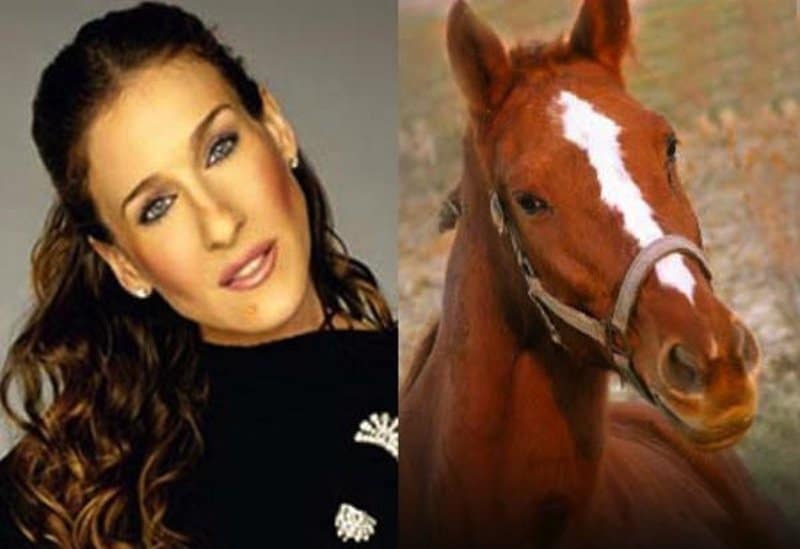 Horses are beautiful creatures, and SJP, who is most well-known for her leading role as Carrie Bradshaw on Sex and the City, is quite beautiful herself.

Ron Perlman and This Boxer 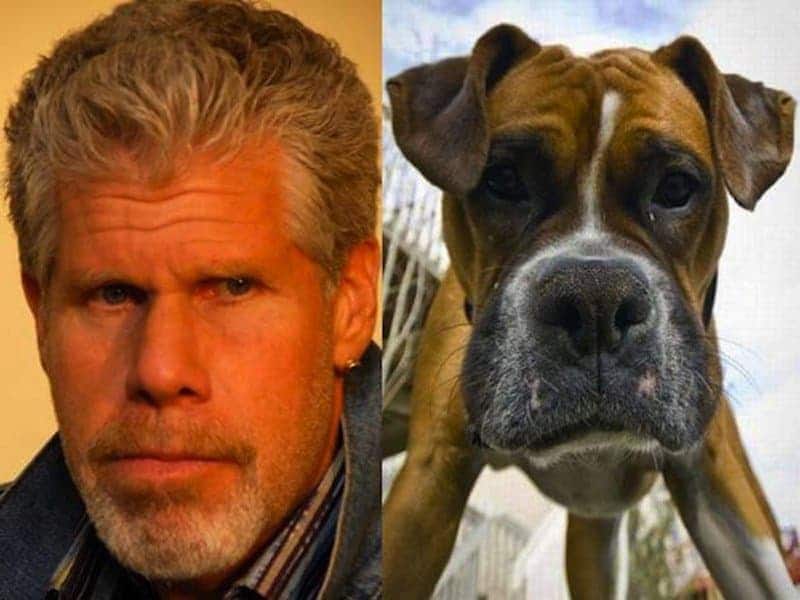 For a man who usually plays tough guys, Ron Perlman sure looks like a sweet puppy. Perlman’s characters like Hellboy or Clay Morrow on Sons of Anarchy don’t usually remind viewers of a puppy dog, but a side-by-side comparison sure does.

Anderson Cooper and This Cat 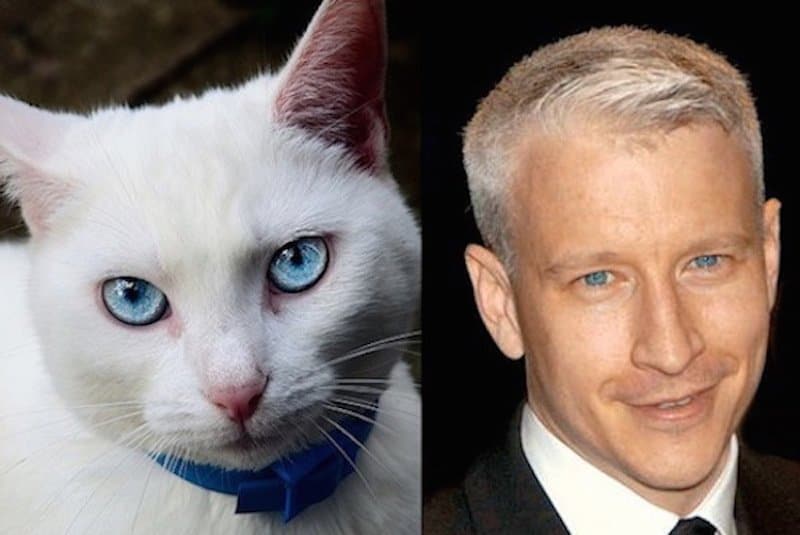 Those are some mesmerizing baby blues that these two have in common! Cooper, a prominent newscaster, is often called a Silver Fox, but a cat might be more accurate.

Jamie Hyneman and A Walrus 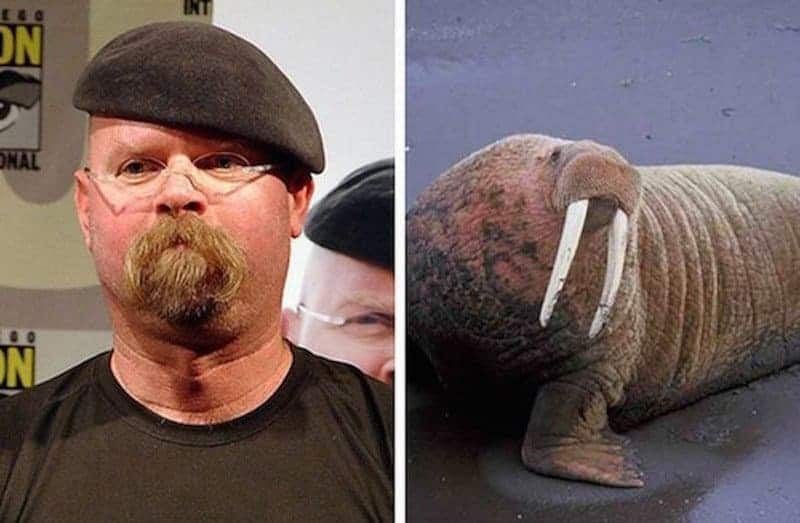 Could this MythBuster figure out if a man and a walrus can be biological twins? Hyneman is also a special effects expert, so maybe he concocted this likeness all on his own.

Gary Busey and This Ape 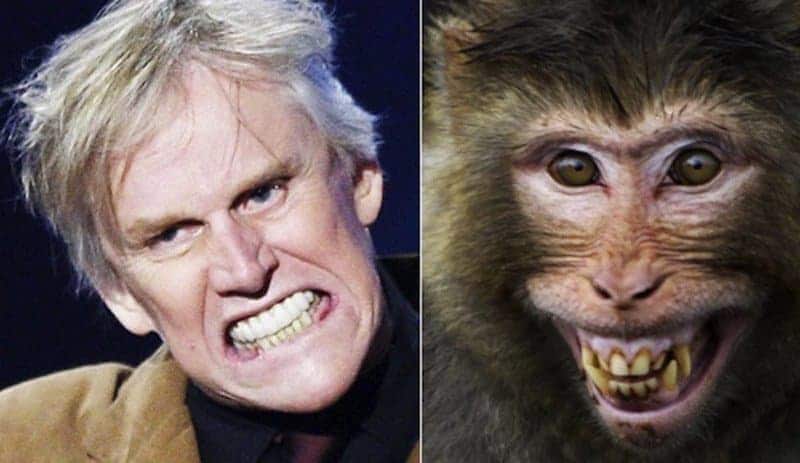 It looks like this ape might go to the same dentist as actor Gary Busey. Busey rose to fame in the 1970’s with his roles in Thunderbolt and Lightfoot and The Buddy Holly Story, but these days he’s better known for his roles on reality television shows like The Apprentice and Celebrity Rehab With Dr. Drew.

Melinda Clarke and A Cougar 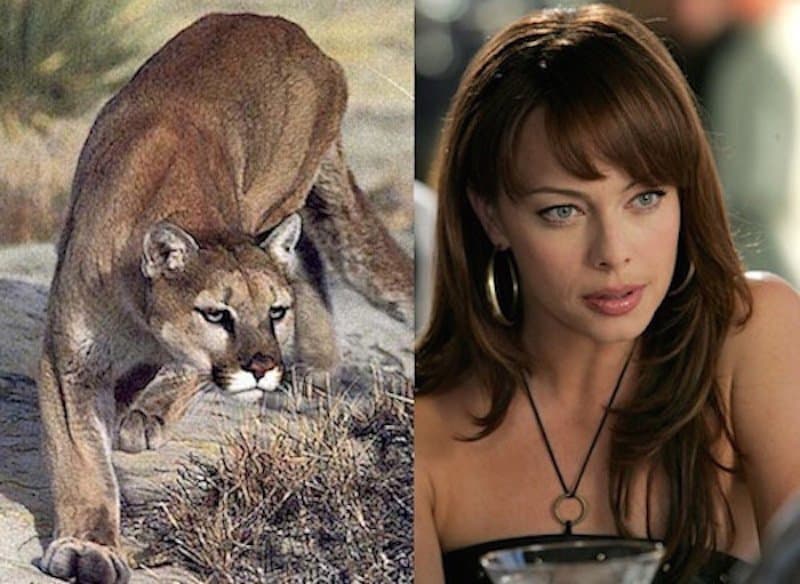 Melinda Clarke is known for playing a cougar on television shows including The O.C. and The Vampire Diaries, and it seems she was cast for good reason.

Mark Zuckerberg and a Manatee 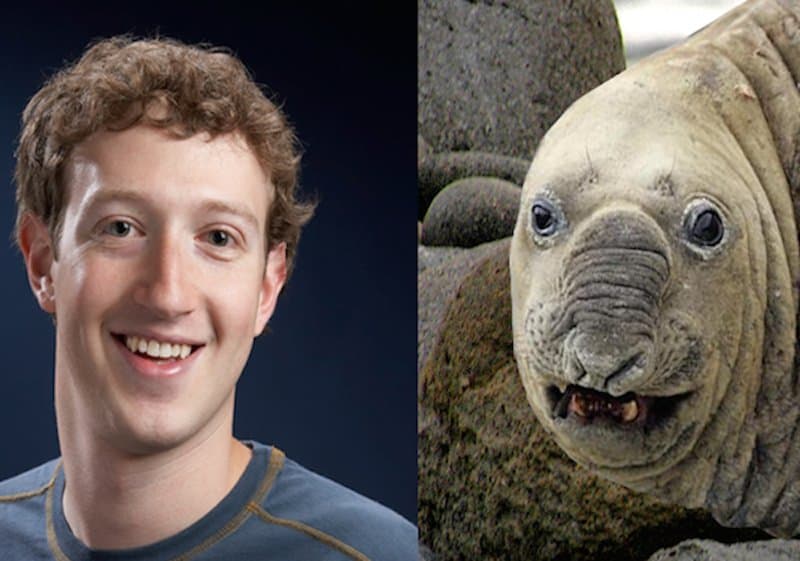 The Facebook founder and this sea-creature share bright and inquisitive eyes. Zuckerberg probably isn’t too upset by this comparison, as he has a networth of almost $40 billion to keep him busy.

Iggy Pop and This Cat 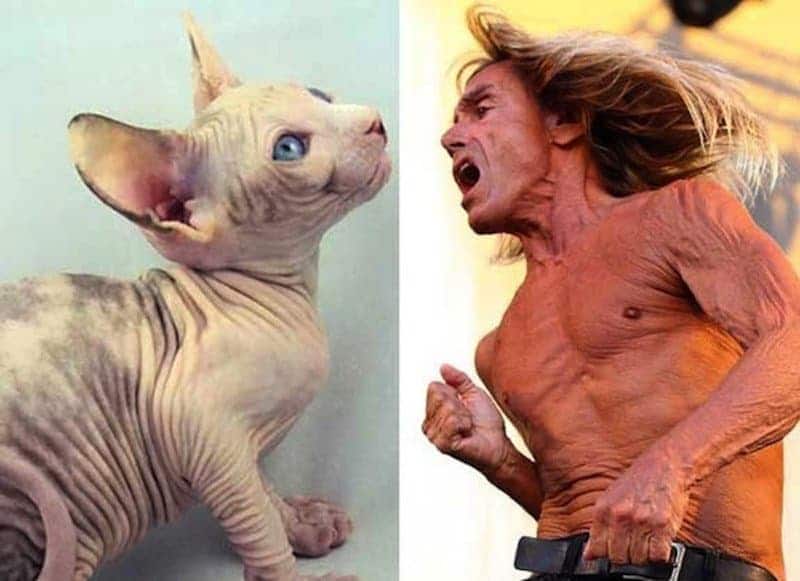 Iggy Pop might have a full head of hair, but the rest of his body is bang-on with this Sphynx’s appearance. The singer is known for his wild stage antics but has also dabbled in film and television.

Adrian Brody and a Toucan 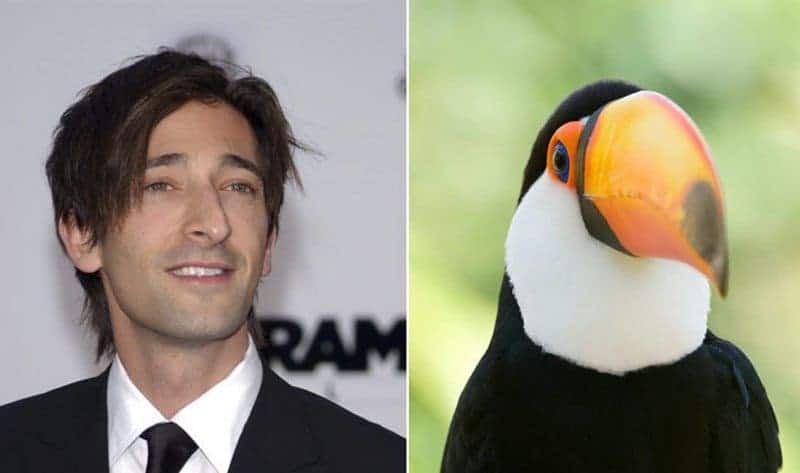 It appears Oscar winner Adrian Brody is even wearing the same coat as the bird. Brody won his Oscar in 2002 for his role in Roman Polanski’s The Pianist, and he became the first actor under 30 to win that award.

Vladimir Putin and a Baboon 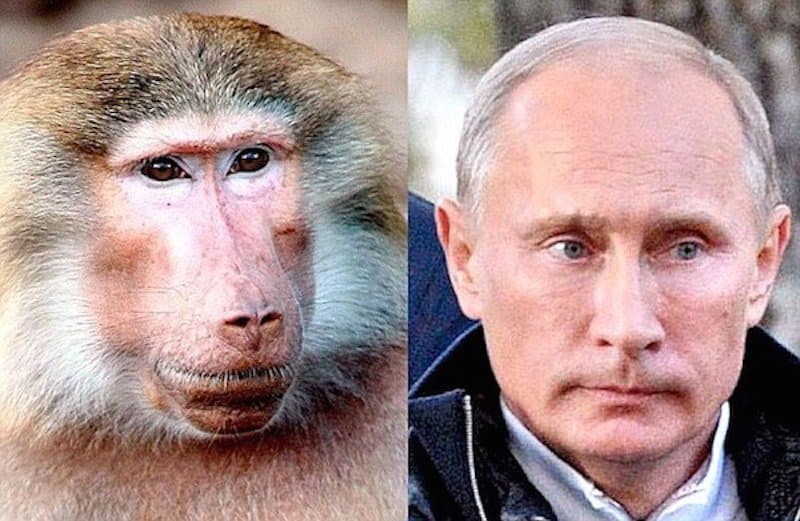 This baboon seems to have a lot in common with the President of Russia. Putin, a former officer in the KGB, is one of the most controversial figures in today’s world, but there’s no doubt about him looking like this baboon.

Eric Stonestreet and a Chow Chow 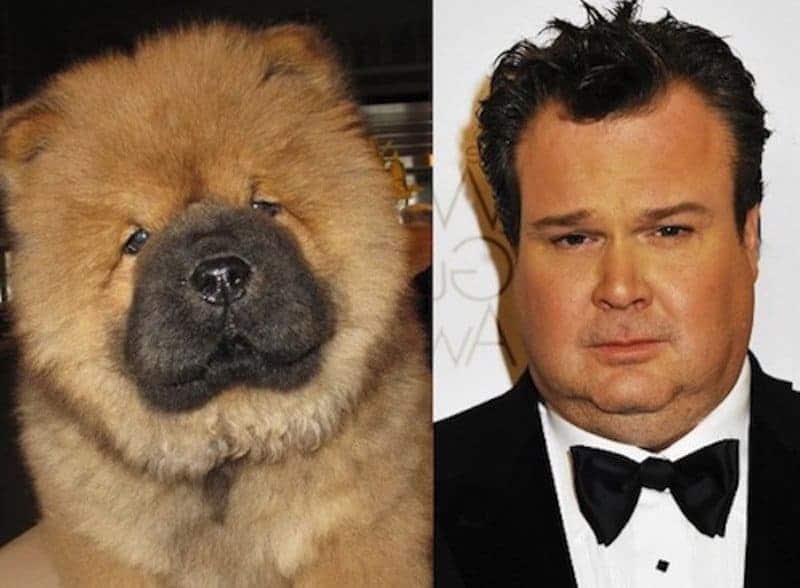 The Modern Family actor, 43, and this fluffy and adorable dog appear to have a lot in common. Chow Chows are known for being independent and aloof, but they sure look sweet!

Taylor Lautner and an Alpaca 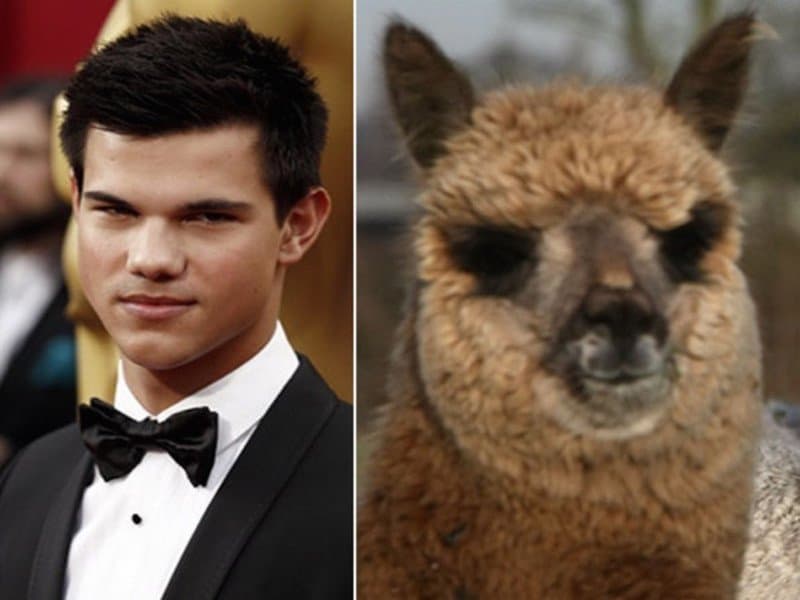 Taylor Lautner, 23, has transformed into a wolf for his role in The Twilight Saga, so maybe he’s just trying out a new alpaca look.

Wilford Brimley and an Ornery Cat 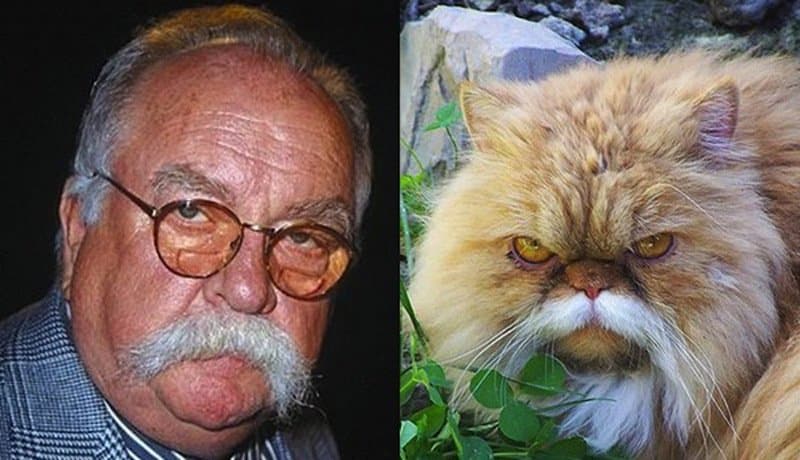 This grumpy cat looks like it would have a lot to complain about with actor Wilford Brimley. Brimley is known for often playing the role of a gruff old man in roles on Our House and Absence of Malice, but we all know looks can be deceiving.

Sofia Vergara and a Hyena 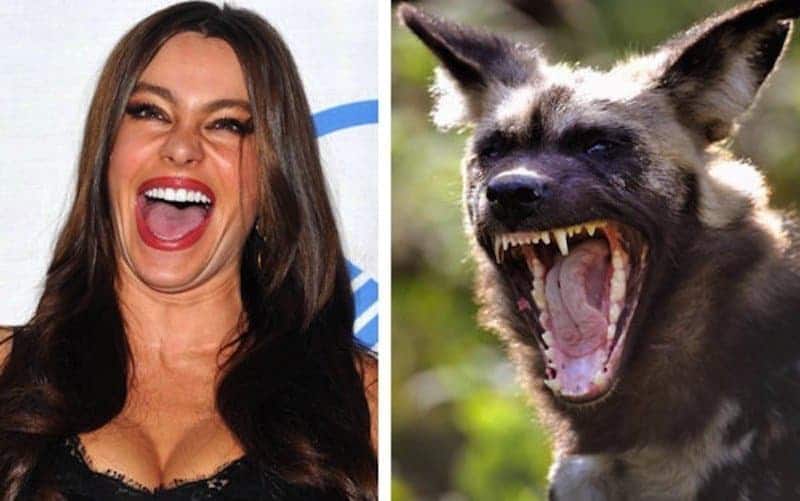 It would sure be nice to know what they find so funny. Vergara’s character on the hit sitcom Modern Family, certainly has tenacity not unlike a hyena.

Eliot Spitzer and a Turtle 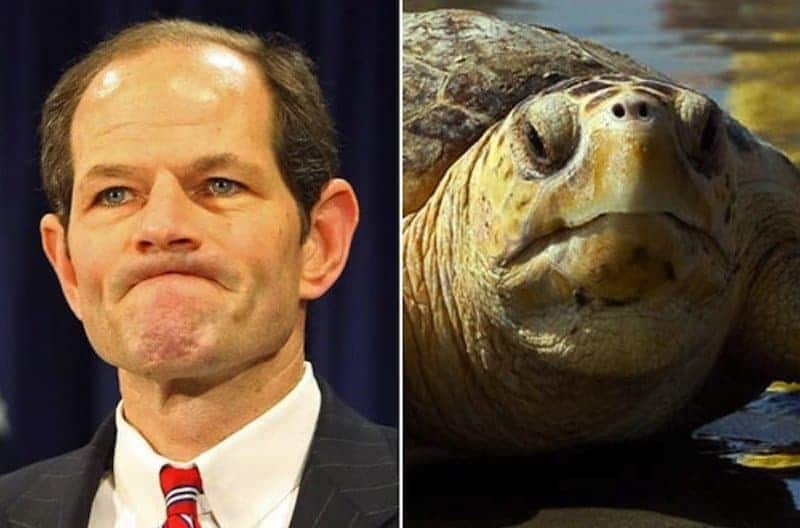 Hopefully this giant sea turtle’s shell shields him from experiencing the kind of negative attention politician Eliot Spitzer has.

Samuel L. Jackson and This Dog 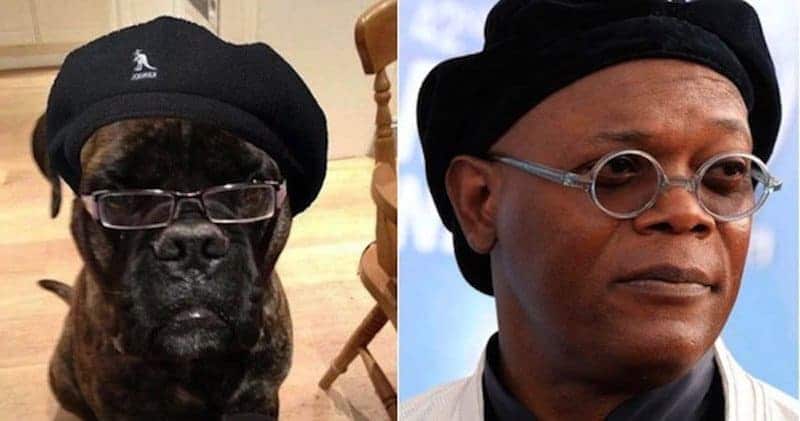 So, is the dog dressed like Sam Jackson or is Sam Jackson dressed like the dog? Jackson is one of the most successful actor’s in the world and has starred in roles in Marvel’s The Avengers, and Pulp Fiction.

Danny DeVito and a Panda 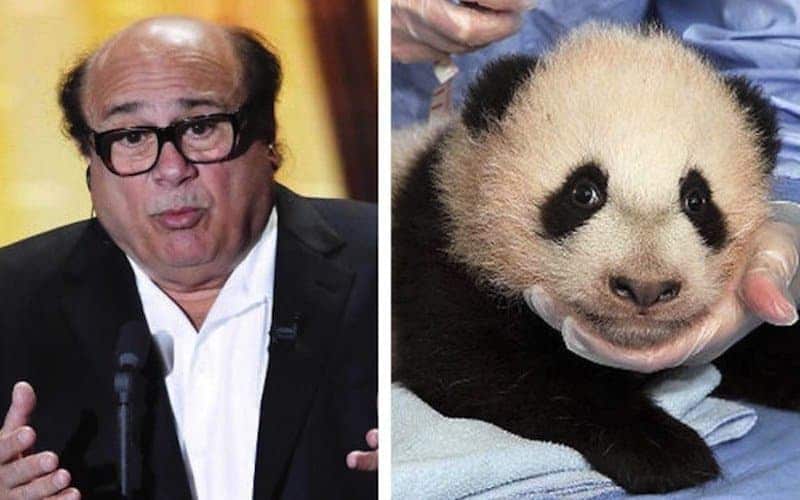 This little baby panda is doing his best Danny DeVito impersonation, and he’s doing it well! DeVito is known to star in eccentric roles, like on It’s Always Sunny in Philadelphia, so his portrayal of a baby panda might not be so far off.

Wallace Shawn and a Sea Lion

Best known for his role in The Princess Bride (1987), Wallace Shawn’s happy face sure resembles that of a happy sea lion.

Ann Coulter and an Owl 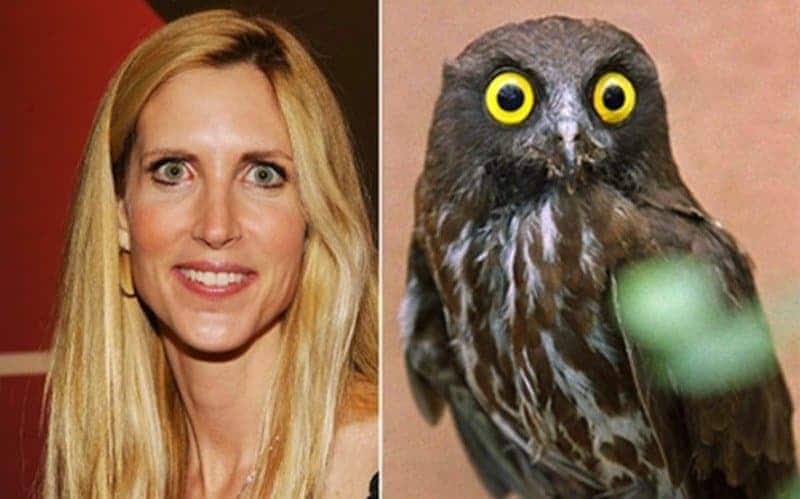 Whooooo does this owl look like? Ann Coulter, of course! The outspoken political commentator and lawyer is known for stirring up controversy thanks to her often outrageous remarks.

Jack Black and This French Bulldog 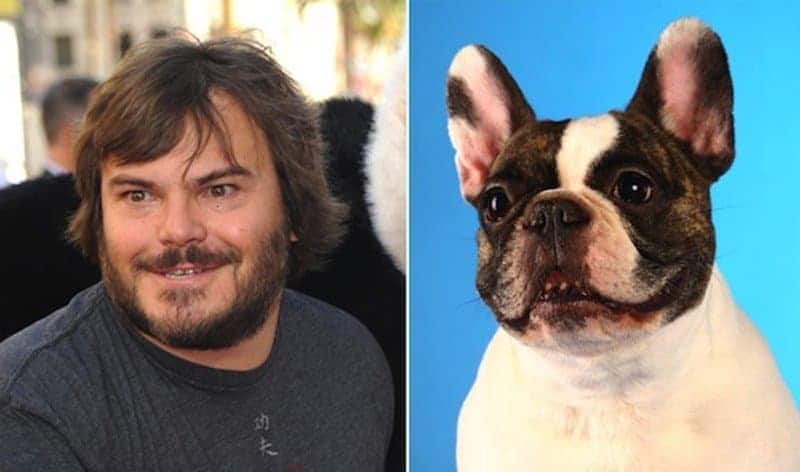 You can’t not smile when you look at either of these faces! The School of Rock actor is one of the funniest around, and Frenchies are known as Clown Dogs because of how silly they are, so they comparisons don’t stop at just their looks.