20 Prisons Everyone Wants To Avoid In Their Lifetime

Prison is already a pretty scary place, so finding out there are some out there across the world that are even worse than a general prison is pretty terrifying. Most people don’t think twice about a convicted criminal being sentenced to prison, but if you knew about the horrible things going on behind bars in some corners of the world, then you would think differently about those lives forced into these situations. These twenty prisons don’t rehabilitate, they make things worse. 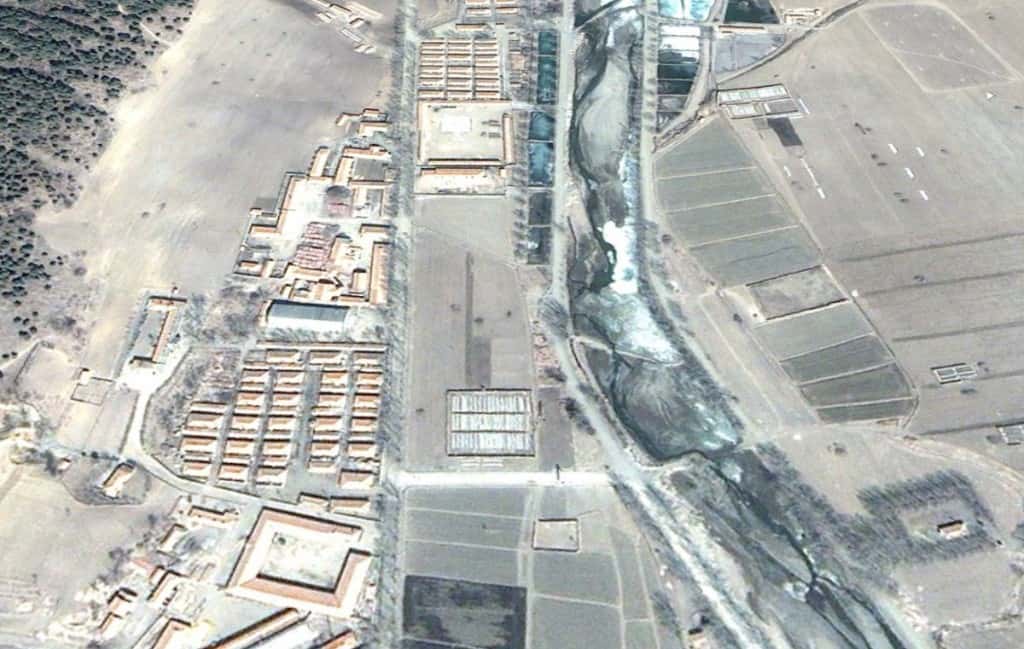 North Korea is already the type of place most people don’t want to end up in. Camp 22, however, is about ten times worse than the Communist country as a whole. Camp 22, otherwise known as Hoeryong Concentration Camp, gained a lot of notoriety in 2012 after it was found to be holding 50,000 prisoners. Extreme torture, human experimentation, and plenty more occur behind the walls. 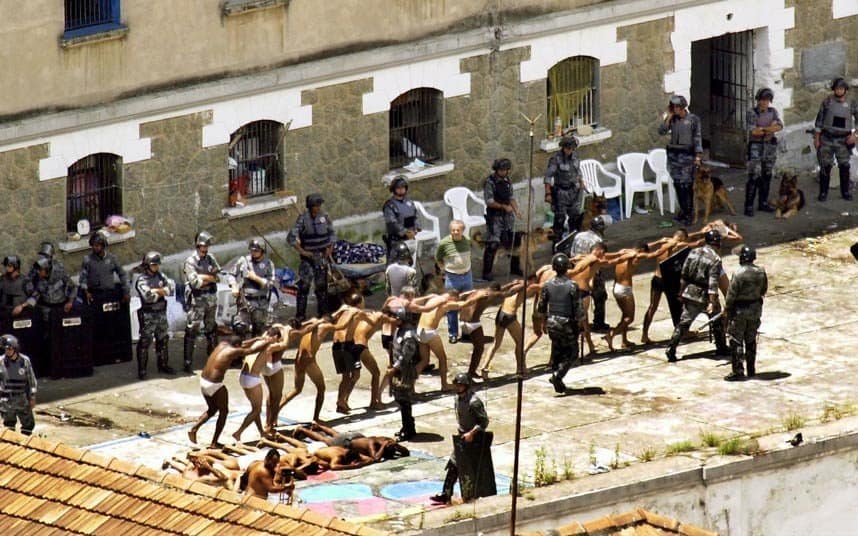 Carandiru was the site of the Carandiru Tragedy in 1992, where riots caused the mass execution of the inmates within the facility by the guarders charged with watching over them. Over 1,300 deaths were confirmed throughout the entire course of its history. Human rights violations ran rampant during its 46 years. 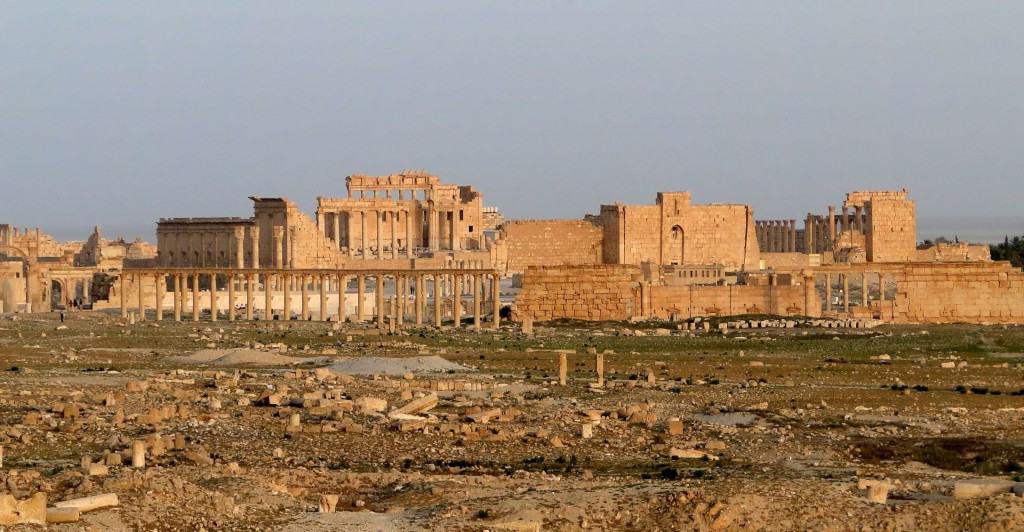 Amnesty International calls Tadmor Military Prison the most oppressive facility in the world thanks to the dehumanization that occurs. A clean-up massacre ended the lives of around 800 to 2,400 inmates living here within a 2 week span. 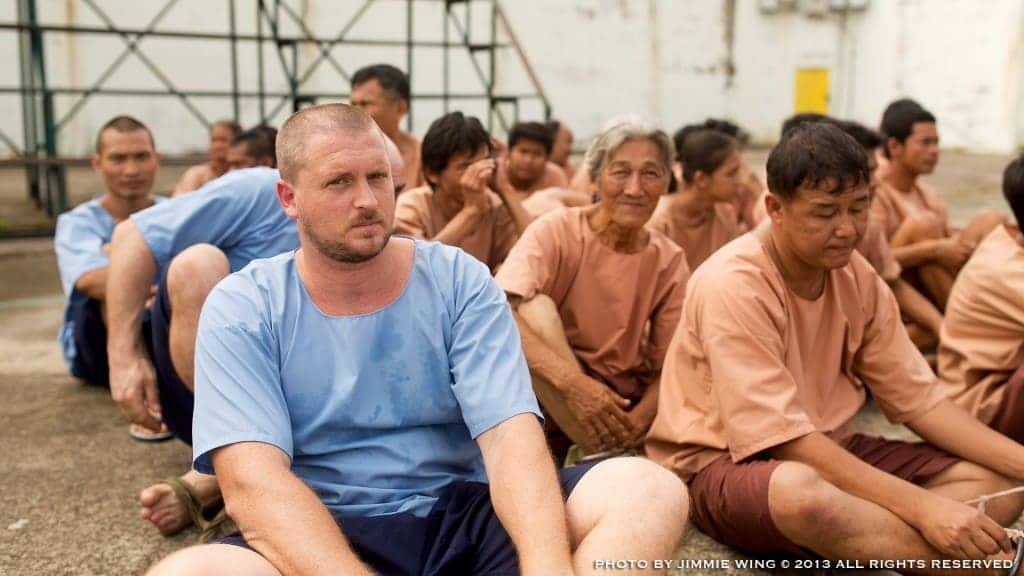 The “Bangkok Hilton” was known for housing some of the most notoriously crazy individuals in all of Thailand. Most of them didn’t begin crazy, though. The prison is overcrowded, understaffed, and has some of the worst living conditions for prisoners in the entire country. 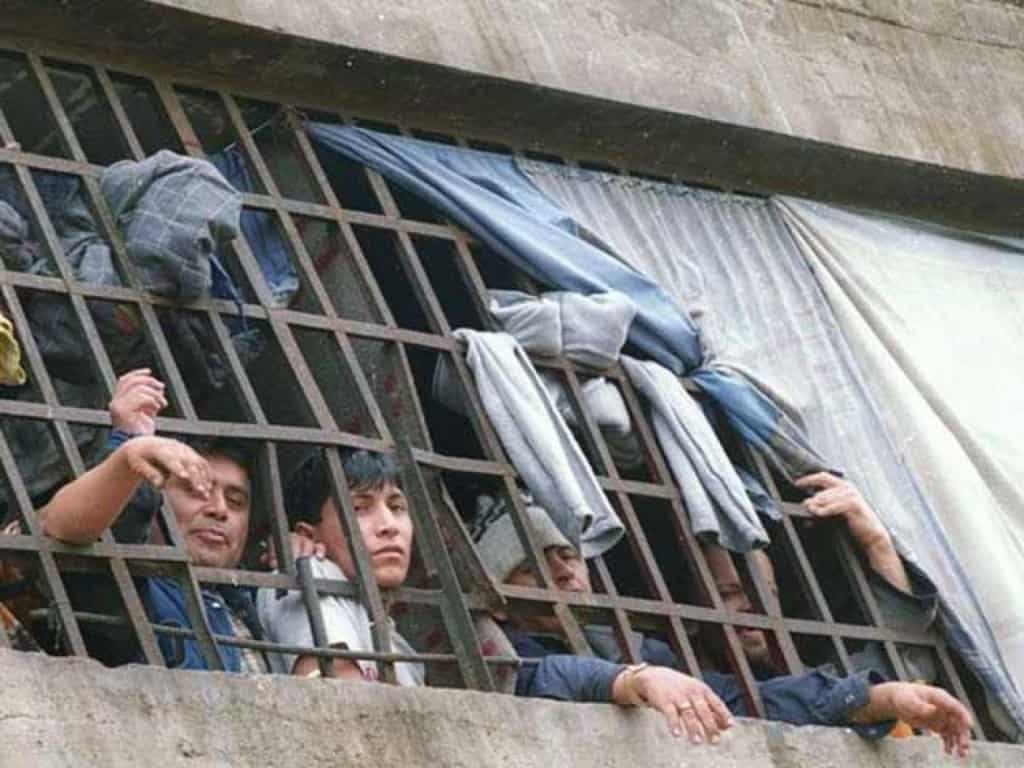 La Sabaneta has gained some notoriety for being the most brutal prison in all of South America. Violence is a daily occurrence for those living within its walls, but that’s not the only thing prisoners must be wary of. Disease, starvation, very little medical care, and underpaid staff are all blatant problems with the facility. 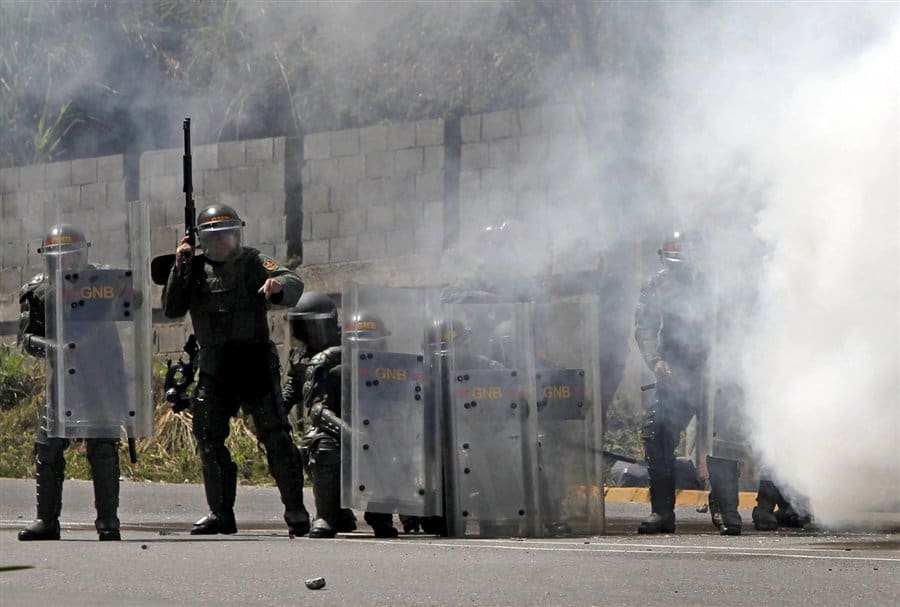 Hugo Chavez’s reign had one of the highest crime rates within Venezuela, and over 50,000 prisoners were crowded into facilities across the country. A visitor day in 2011 ended with a bloodbath between rival gang members and resulted in a month long siege of the entire facility. 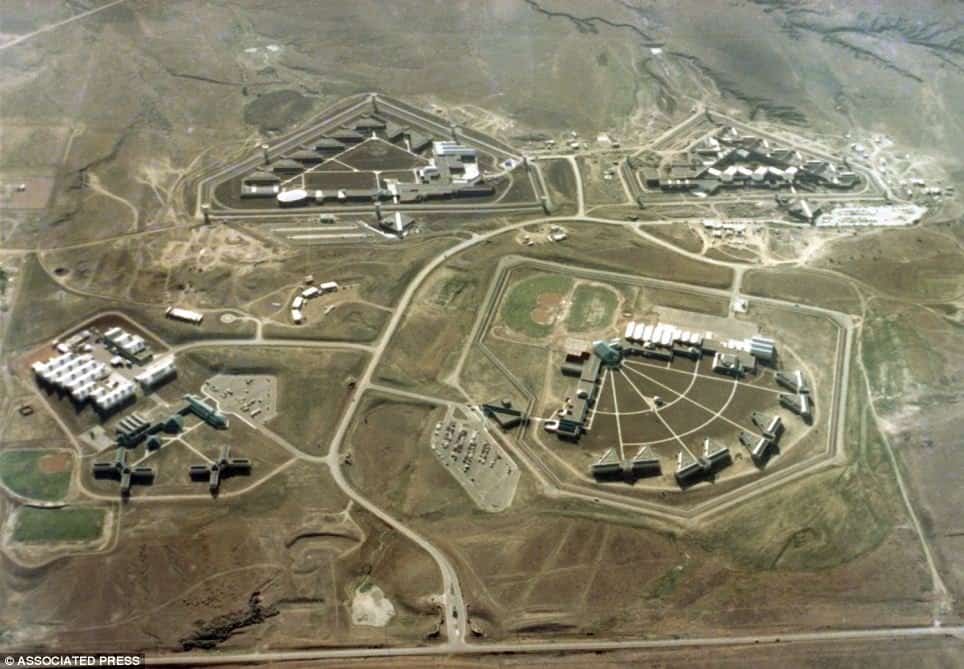 This particular maximum security prison was built specifically in response to attacks happening against guards from inmates in prisons across the country. Psychological torture is quite common here, and many prisoners ultimately commit suicide due to the conditions. 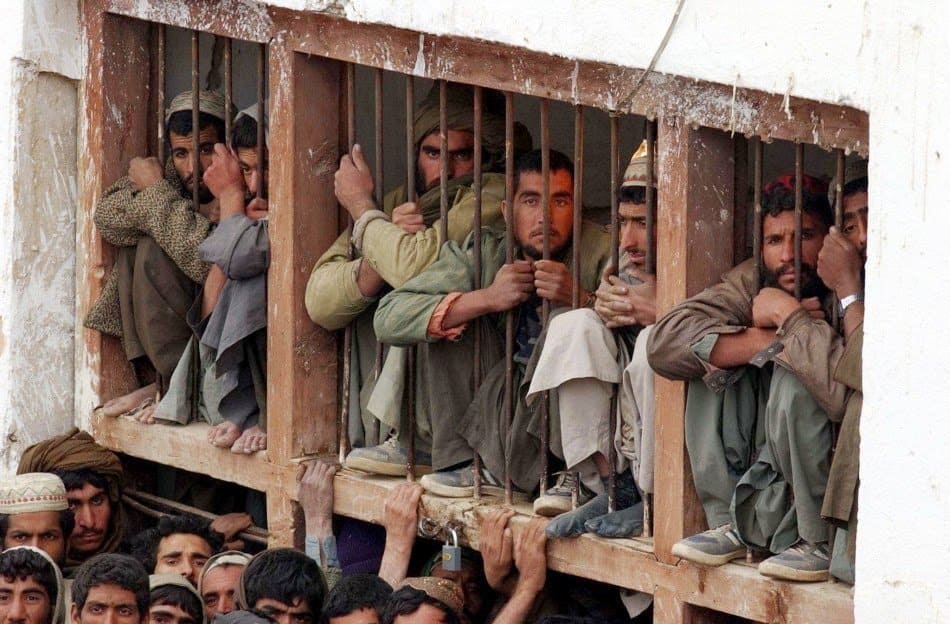 This penal facility is thought to be the most sadistic and forbidden institutions. Physical and mental torture are beyond common, unlivable conditions, sexual abuse amongst inmates, and the incarceration of children for their entire lives are all too common. Inmates have attempted to gain better conditions through strikes, and some even lit themselves ablaze. 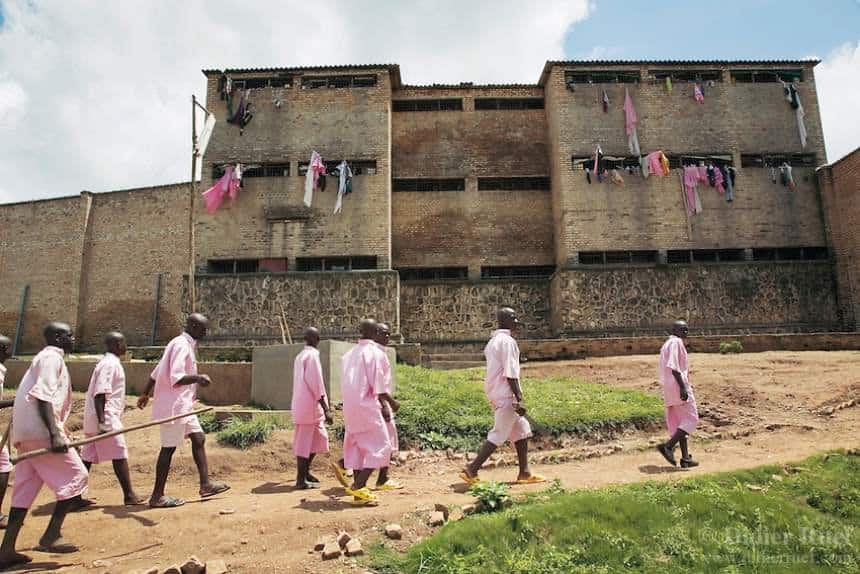 This prison in Rwanda has been called hell on earth by some. Prisoners simply eat, sleep, live, rot, and die altogether. Four men per square yard bake underneath the African sun. Prisoners were left for dead for quite some time during the Rwandan genocide. Gangrene was quite common throughout the facility, and cannibalism ran rampant. 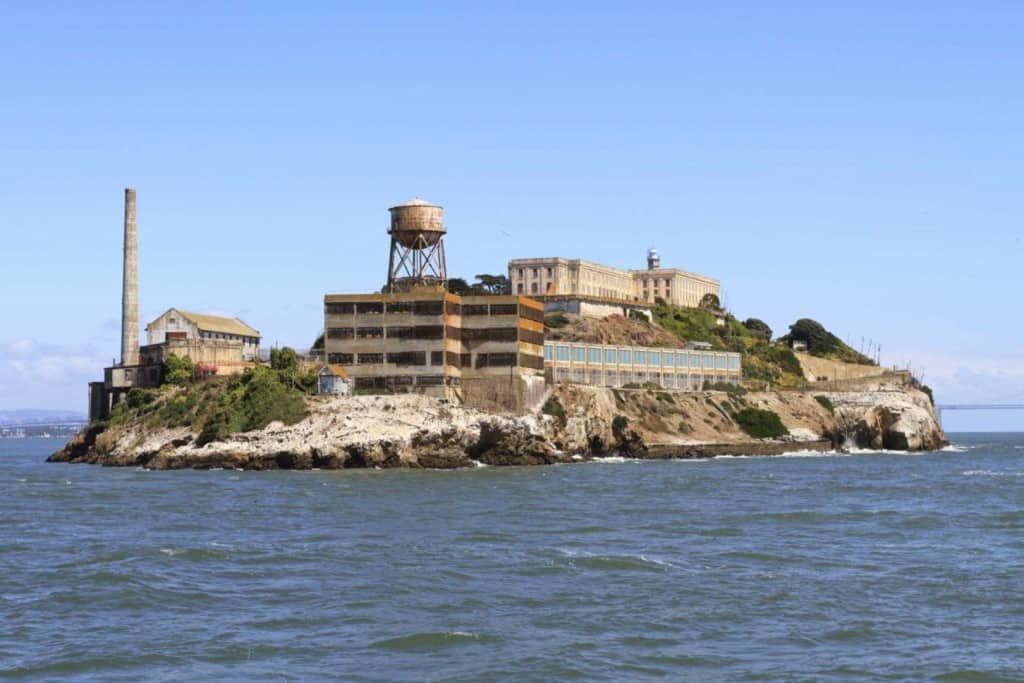 Known as the “Devil’s Island,” Alcatraz was constructed in the 1920’s to insure escape was impossible amongst the prisoners. Abusive guards were the main issue here, as the men on staff forced prisoners to remain silent and even go so far as to prevent them from showing emotion for fear of punishment. 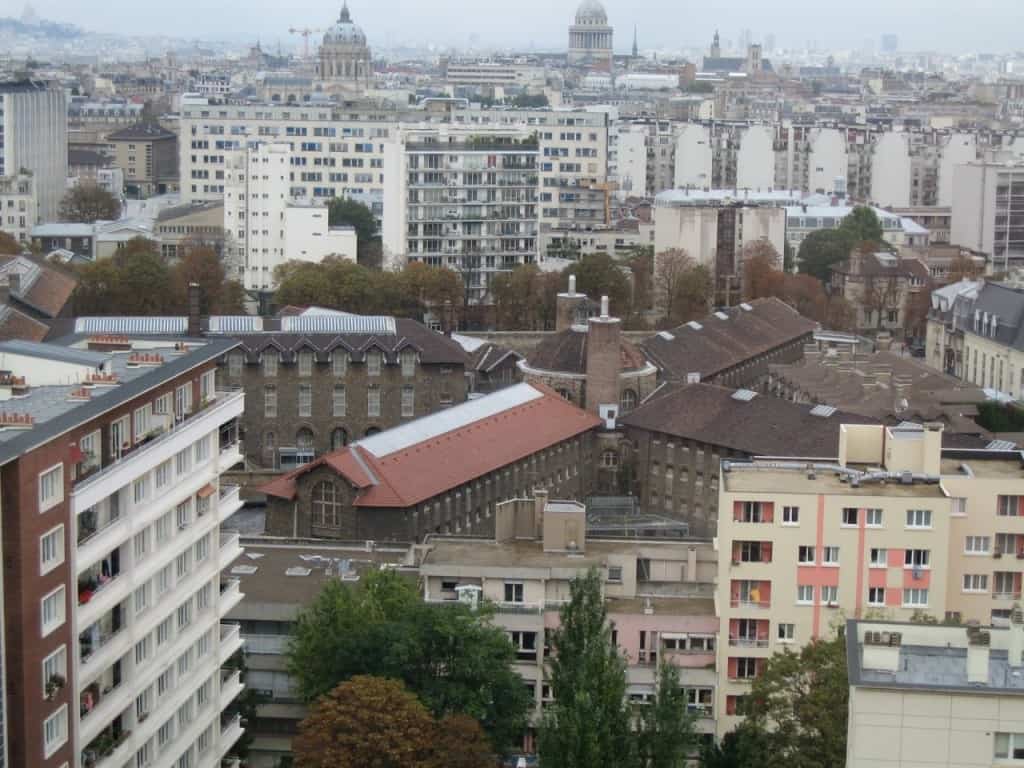 La Sante means ‘health’, but that’s far from the truth. Prisoners underwent mental and physical torture during their time here. In 2002, 122 prisoners ended up committing suicide over the conditions, and 73 more committed suicide using drain cleaner by 2003. 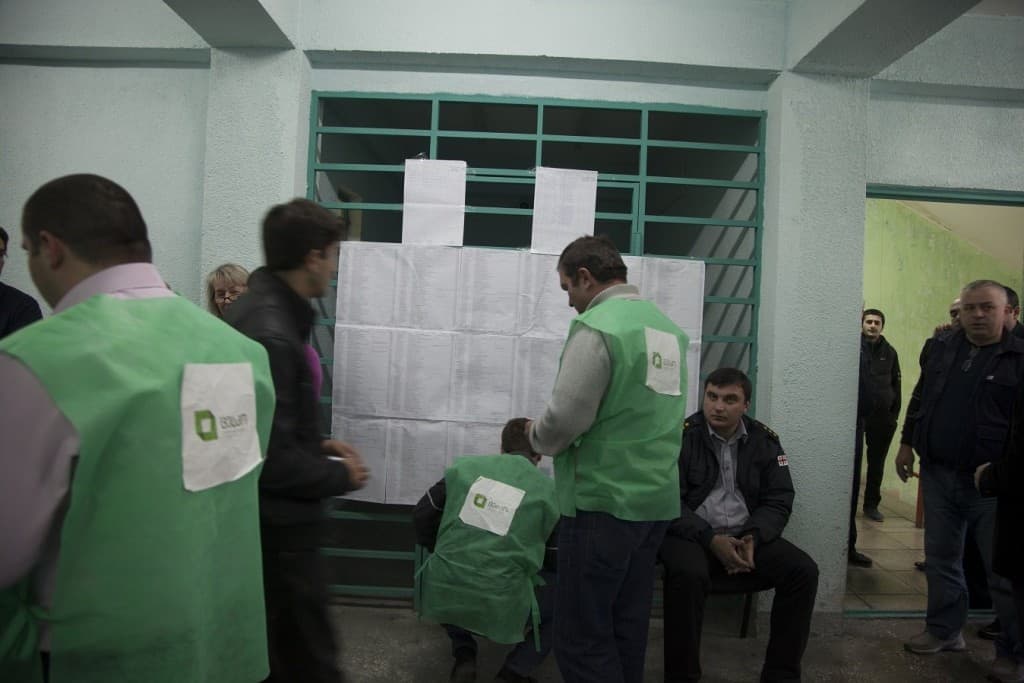 Georgia has a zero-tolerance approach to criminals in their country, which means they have the lowest rates in Europe. However, when they do obtain inmates, they suffer tuberculosis epidemics, horrible treatment, and violent sexual assault behind bars. 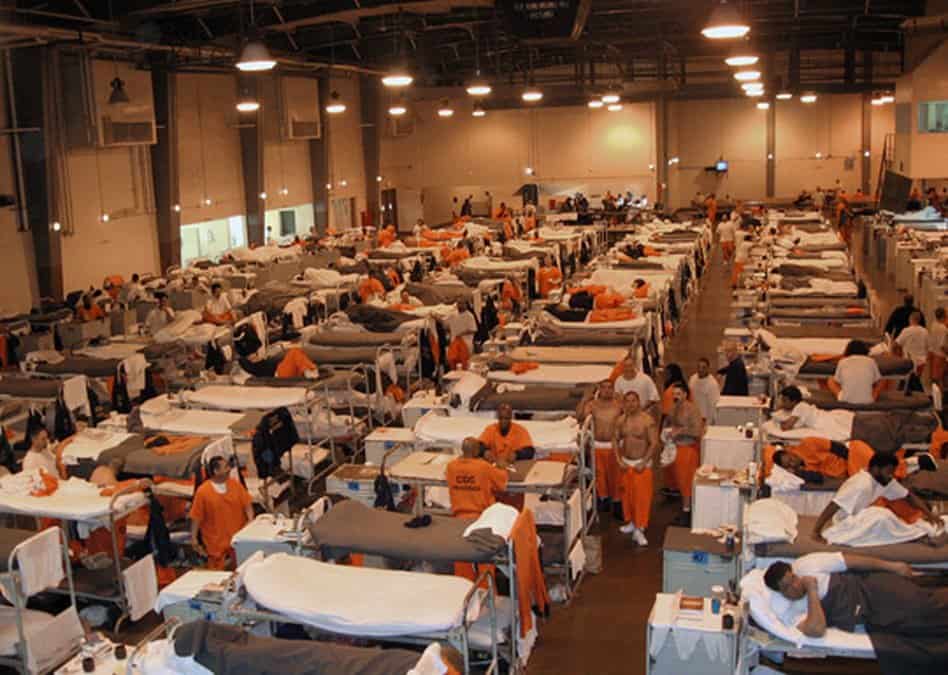 San Quentin is the oldest prison in California, and both male and female prisoners are held here. Corruption was the biggest issue at one time, and inter-racial riots often occurred, some even encouraged by the guards on staff. San Quentin currently has the largest death row for male inmates in the nation. 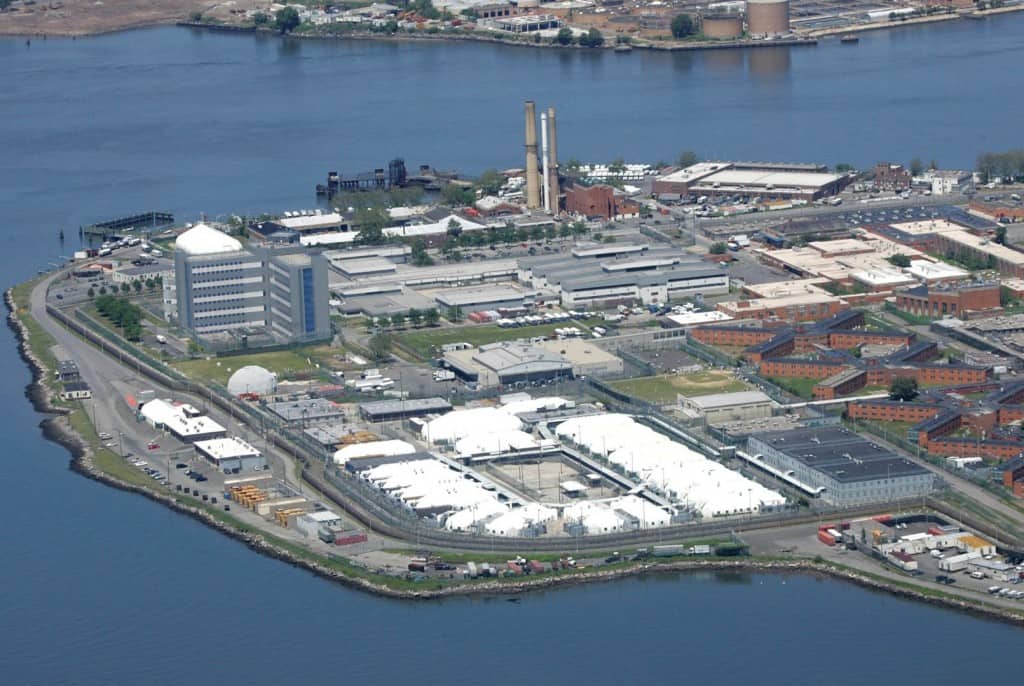 Rikers Island is already a notorious prison, but it gained attention across the world when an eighteen-year-old prisoner was beaten to death as the guards watched. Cruel treatment of mentally ill prisoners, most of whom end up committing suicide, is a major problem behind these fences too. 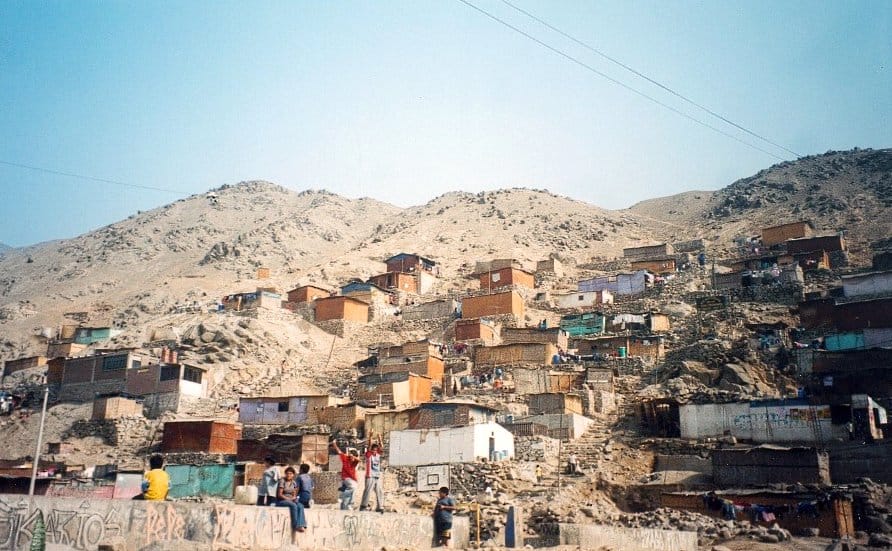 San Juan was built to house a measly 2,500 prisoners, but currently has over 7,000 incarcerated. Inmates are capable of selling almost anything, from electronics and movies to illegal drugs. Prostitutes wander the roads within the walls. Violence, including murder, is an epidemic. 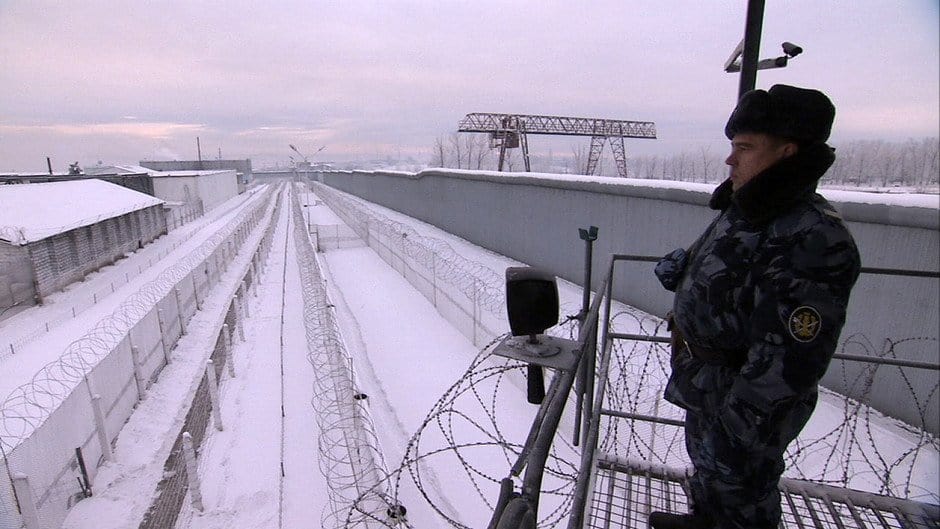 The Russian version of America’s Alcatraz, Petak Island Prison is the home to the most dangerous prisoners in the country. Violence from both guards and inmates is a problem, and isolation with no bathroom or washing facilities. Prisoners are psychologically scarred and physically deteriorated. 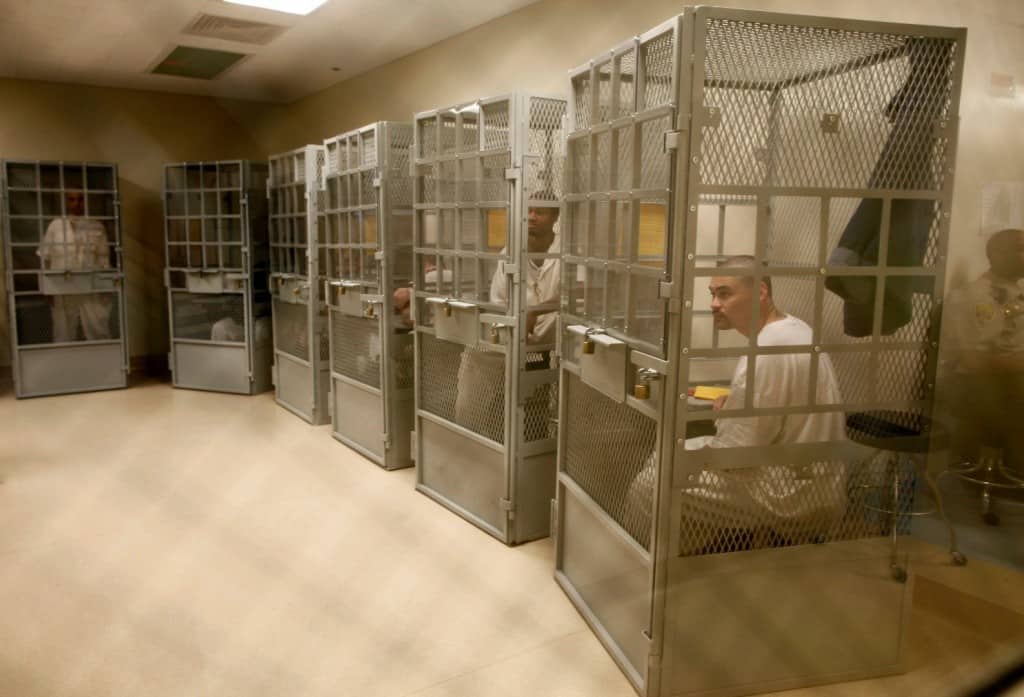 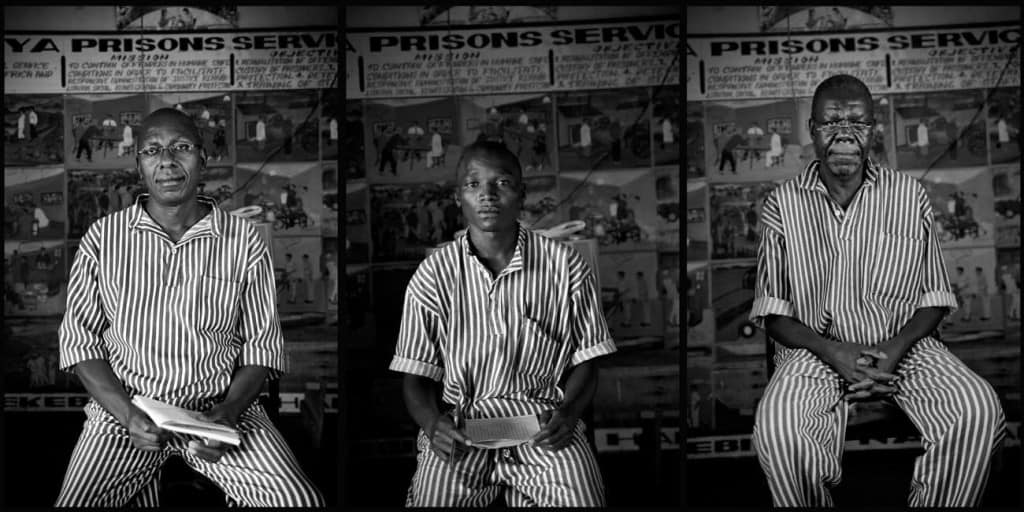 800 prisoners were originally supposed to call this prison home, but that number has grown to 3,000 in 2003. Hygiene, sanitation, and living conditions ensure every single day is a struggle for the men behind these walls. Mental and physical health deteriorate quite fast. 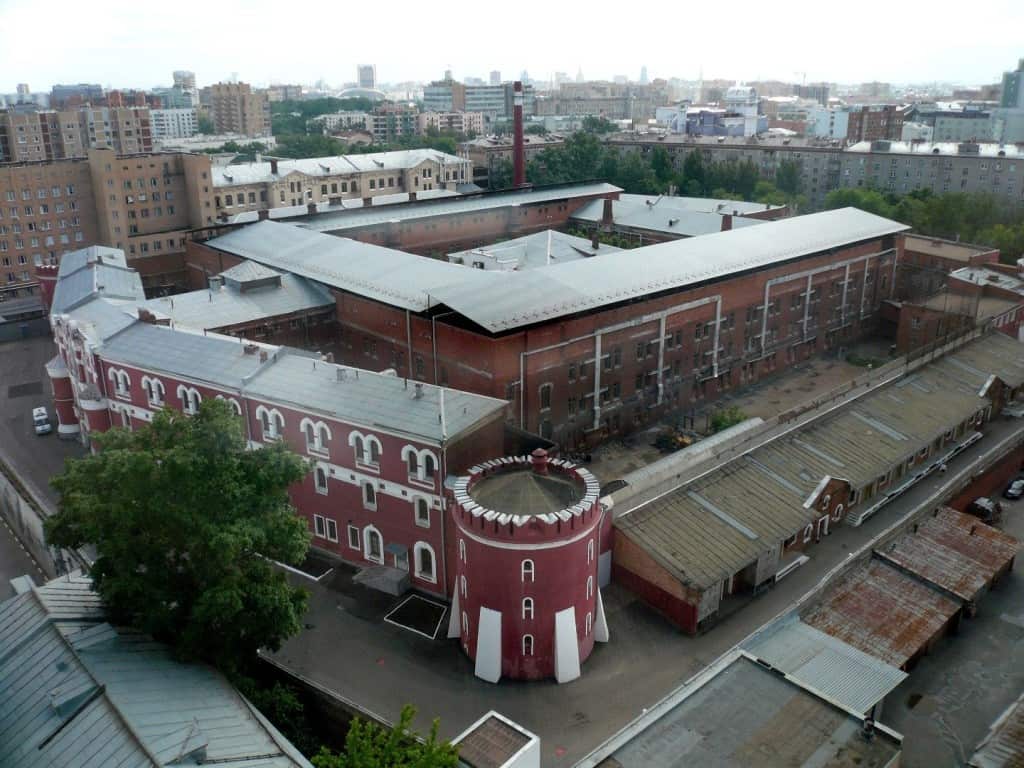 Butyrka Prison is the largest prison in central Moscow, and is known for the brutality that occurs regularly. 20,000 inmates were present here during the Great Purge, where thousands were executed following an investigation. 100 inmates can be stuffed into a cell made for 10 men. AIDS and tuberculosis are rampant issues. 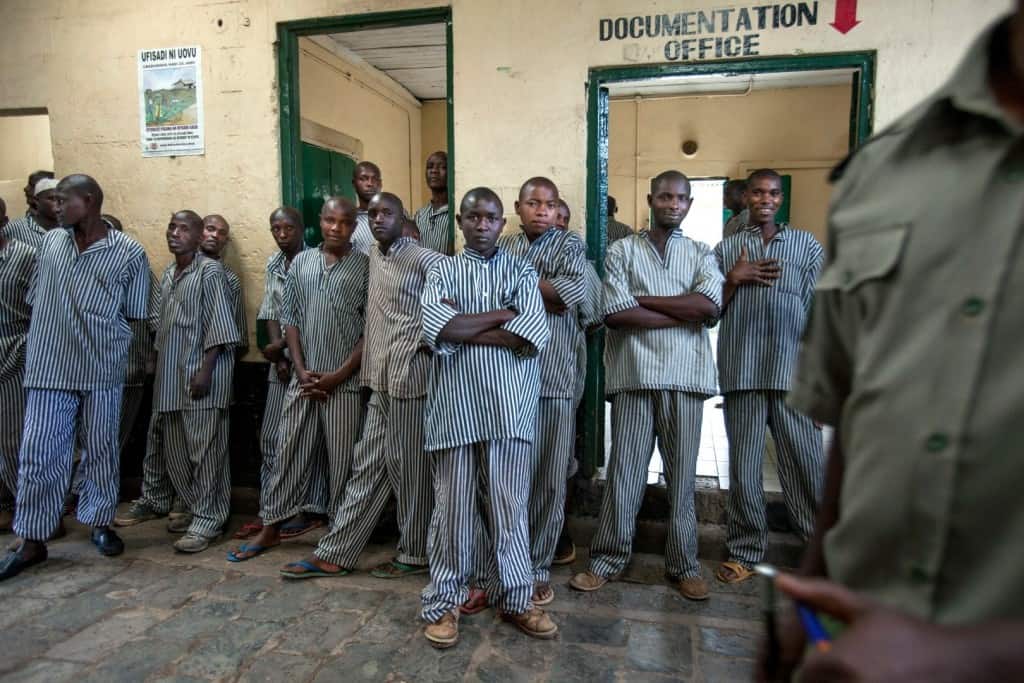 Prisoners live in some of the worst conditions imaginable here in Kenya. Sodomy, being beaten to death, malnutrition, cholera, and ulcers are completely normal amongst those living within the gated facility. It won’t get better anytime soon, unfortunately.