Politics is a crazy “game.” So, it should come as no surprise that most politicians are also pretty unbalanced themselves. However, there are bound to be some politicians who are crazier than others. Whether it’s because of the things they do, what they do, or how they act, believe it or not, they’re out there. So, who are some of today’s craziest politicians? Take a moment to find out for yourself who made our list of the top 19 craziest American politicians today. 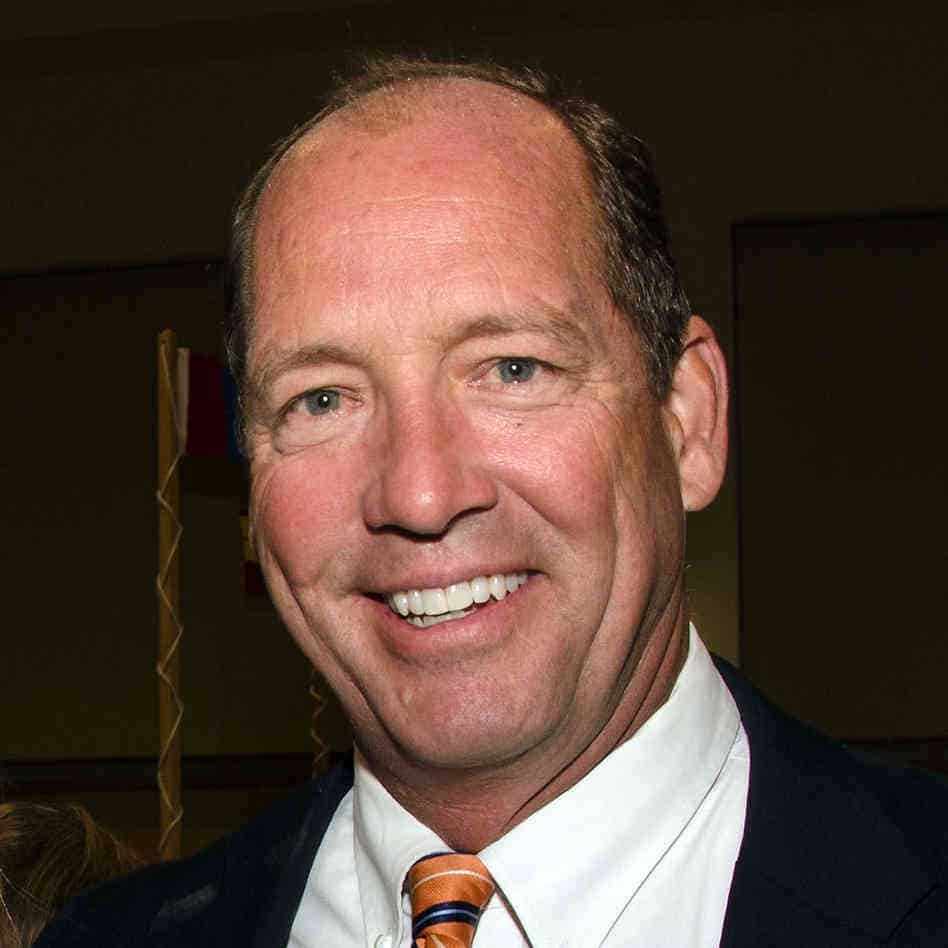 Known for making some very off-the-cuff comments, Yoho once said, “one side of our government, or two-thirds of it, running one hundred miles an hour toward socialism.” He claims that conservatives such as himself “are like Fred and Barney in the Flintstone-mobile, trying to stop that.” 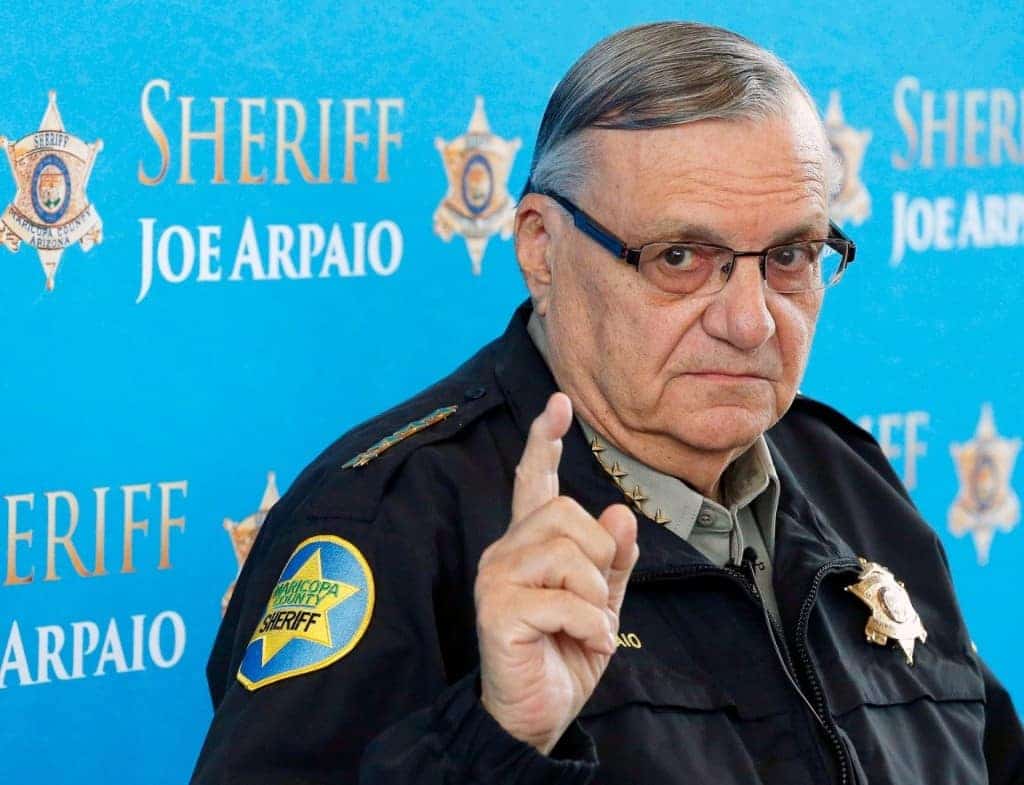 Arpaio is a racist, having made comments like, “All these people that come over, they could come with disease. There’s no control, no health checks or anything. They check fruits and vegetable show come they don’t check people? No one talks about that! They’re all dirty.”

He’s also known for doing some crazy things to his inmates such as making them wear pink underwear, eat rotten food, live in a tent city (he likened this to a “concentration camp”), and denied Latina women prisoners sanitary products. 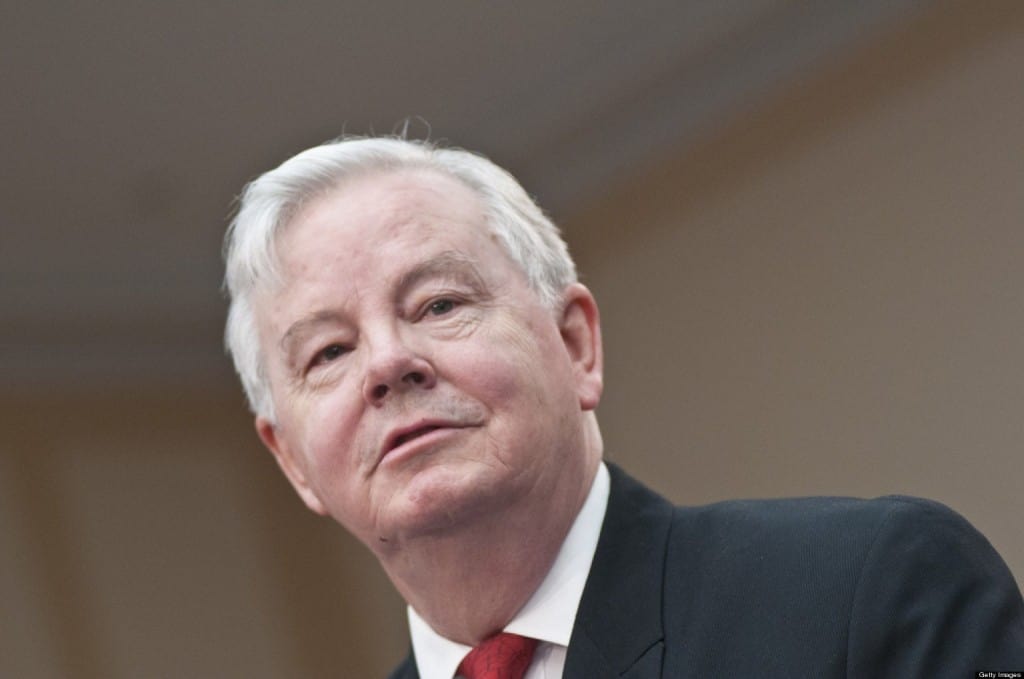 After BP’s Gulf oil spill, Barton commented that it was “a tragedy of the first proportion that a private corporation can be subjected to what I would characterize as a shakedown” because the government demanded they set up a relief fund. 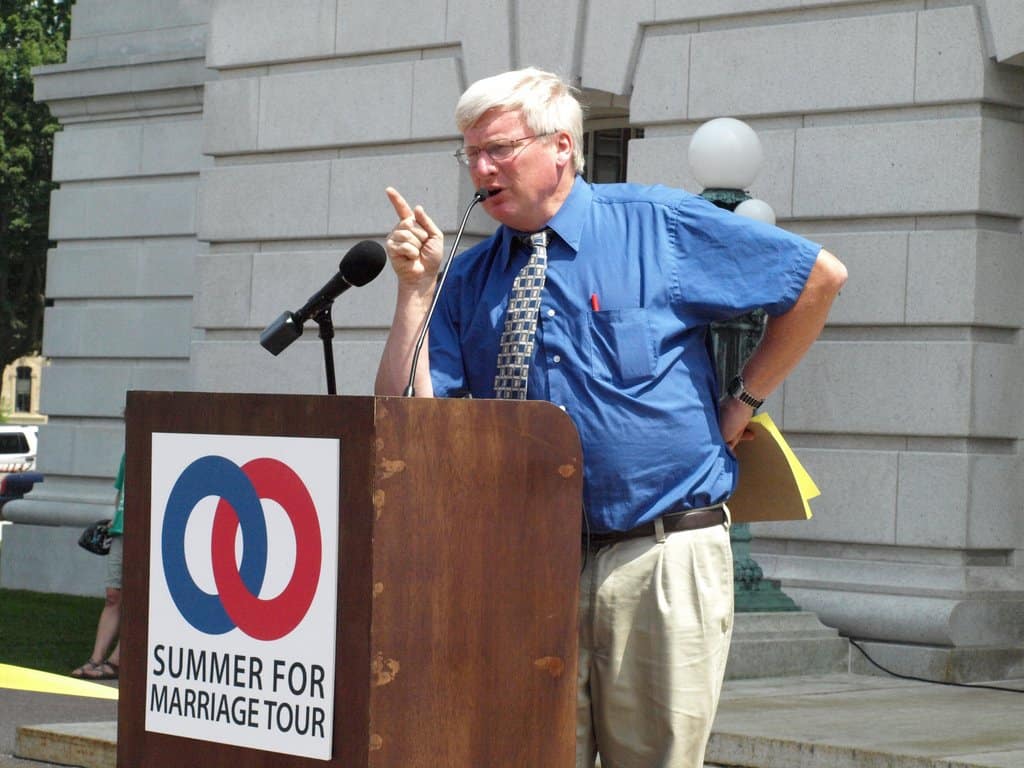 Grothman seems like he’s stuck in the 1950s, especially when he says things like, “Did people even know what homosexuality was in high school in 1975? I don’t remember any discussion about that at the time.” 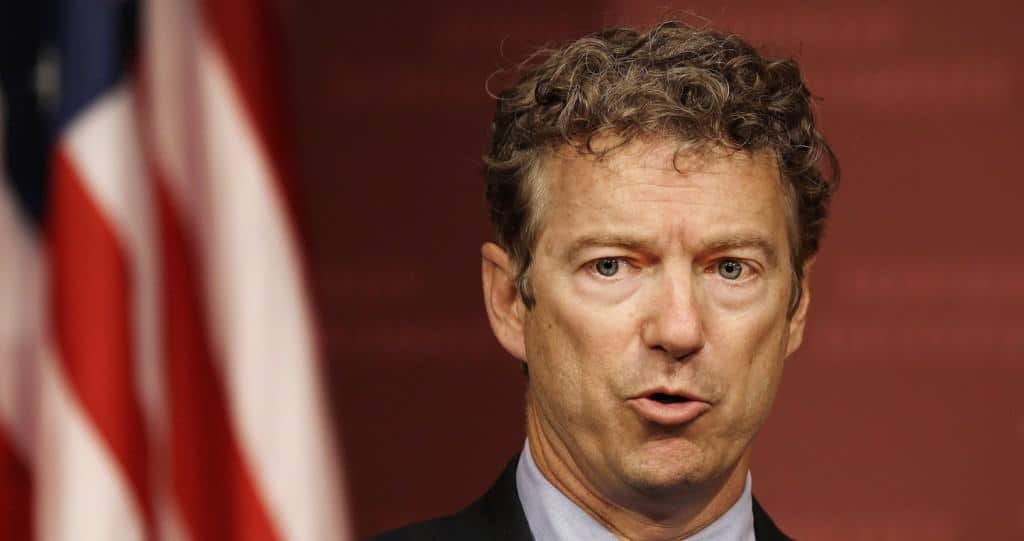 Son of Ron Paul, Senator Rand Paul had a disagreement with the American Board of Ophthalmology, so he started his own board and certified himself. He’s also made some really odd comments. For instance, when speaking about the right to healthcare he said, “It means you believe in slavery. It means that you’re going to enslave not only me but the janitor at my hospital, the person who cleans my office, the assistants who work in my office, the nurses.” 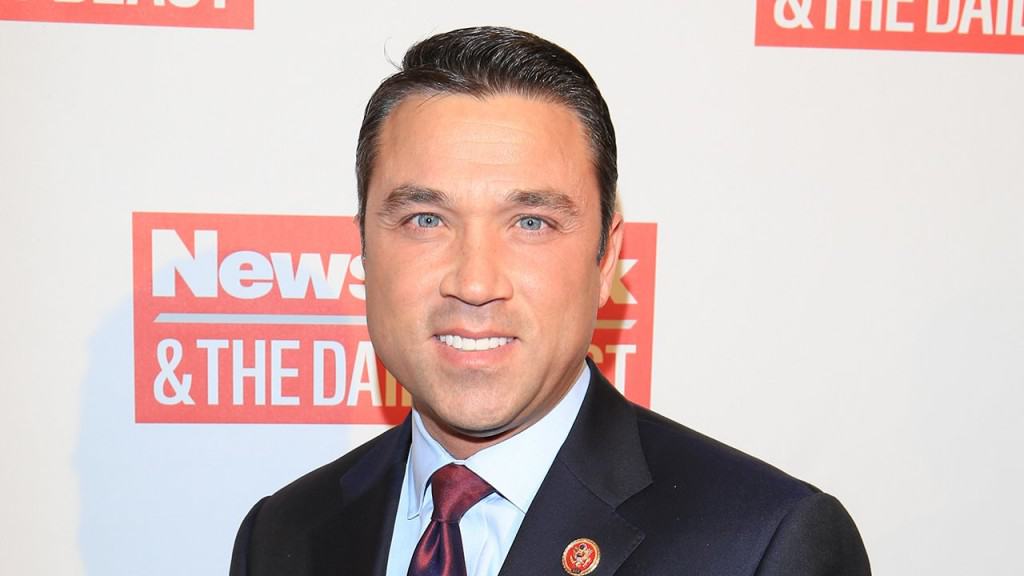 Grimm comes from Staten Island and apparently has a really short fuse like a lot of other people there. Evidence of this is a comment he made after President Obama’s State of the Union address when a reporter asked him about a federal investigation into his campaign-finance practices. His reply was, “You ever do that to me again, I’ll throw you off this *** balcony…. I’ll break you in half. Like a boy.” A few weeks later, he pled guilty and resigned from Congress. 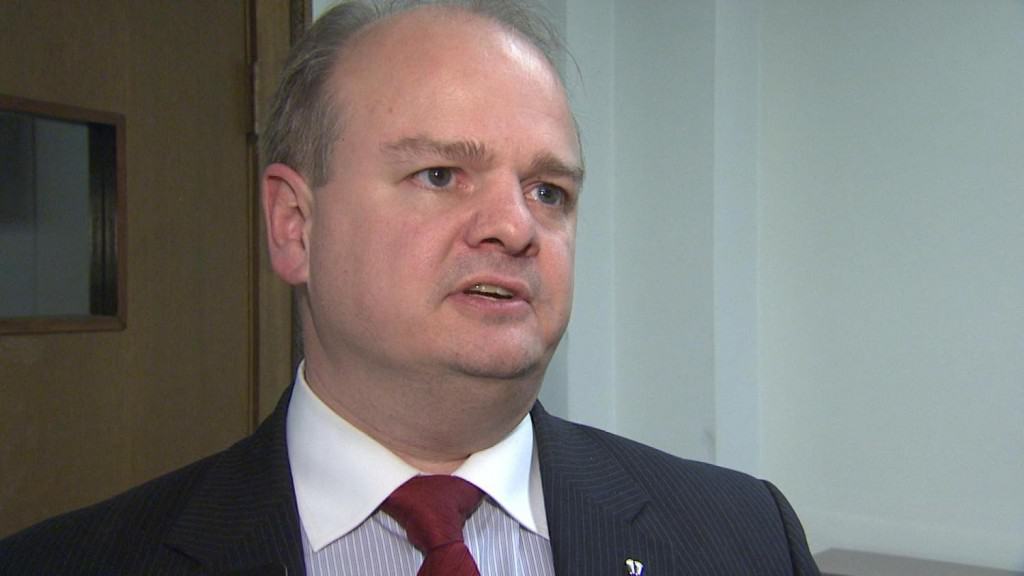 A former Navy chaplain, Klingenschmitt has made some really odd comments such as his prayer, “Father in Heaven, we pray against the domestic enemies of the Constitution, against this demon of tyranny who is using the White House occupant, and that demonic spirit is oppressing us.” He’s also performed a gay exorcism and tried to exorcise President Obama, who he believed “causes cancer.” 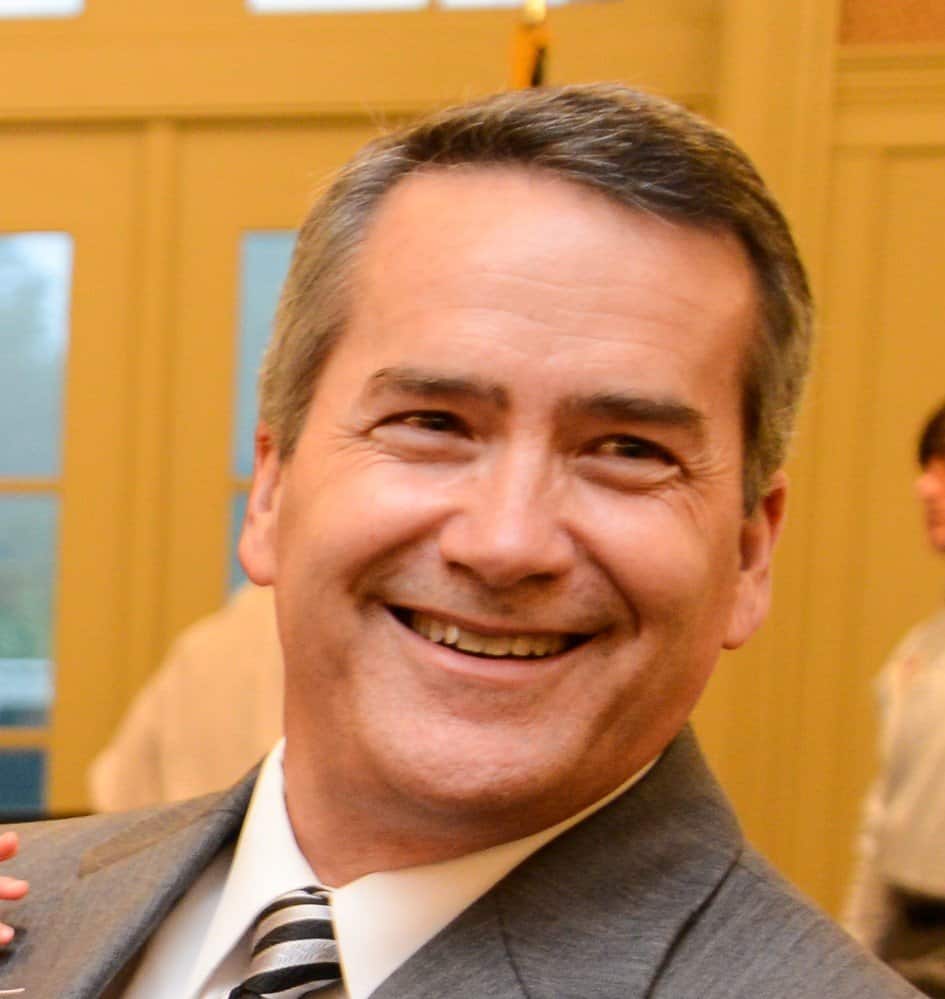 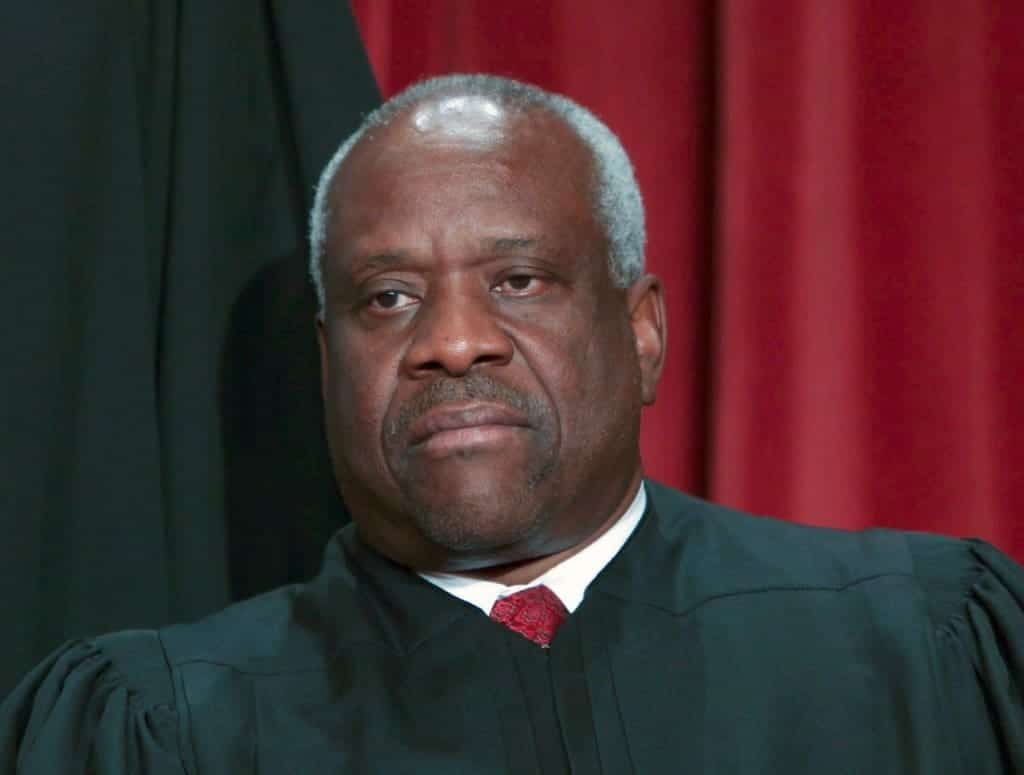 One of only two Buddhists in Congress, Johnson would make a really fun science teacher with comments like, “My fear is that the whole island will become so overly populated that it will tip over and capsize” regarding adding military personnel on Guam. 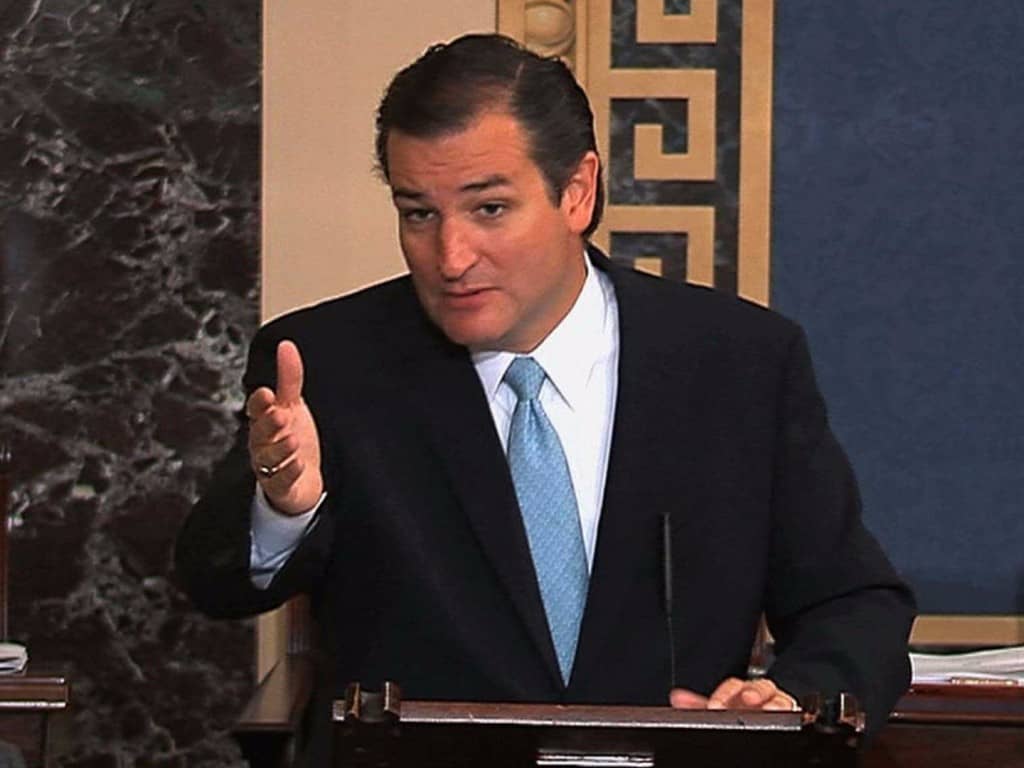 Called a “wacko bird” by Republican John McCain, Cruz wasn’t even born in the United States. He also believes that there will eventually be an obscure Trivial Persuit question asked about him in the future. 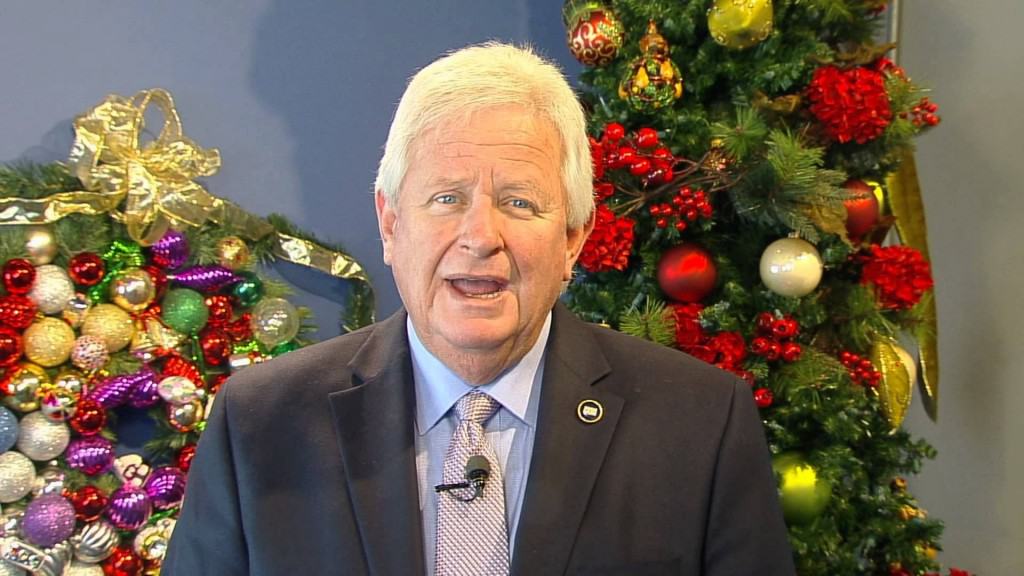 Keisling doesn’t seem to think before he acts. An example of this is that he sent an email to his constituents from his official government email account saying, “Obama officials planned a staged assassination attempt on the life of President Obama that would be blamed on ‘white supremacists’ and subsequently used to enrage black and Hispanic communities, driving them to rioting all across the nation.” In his defense, this was all true. 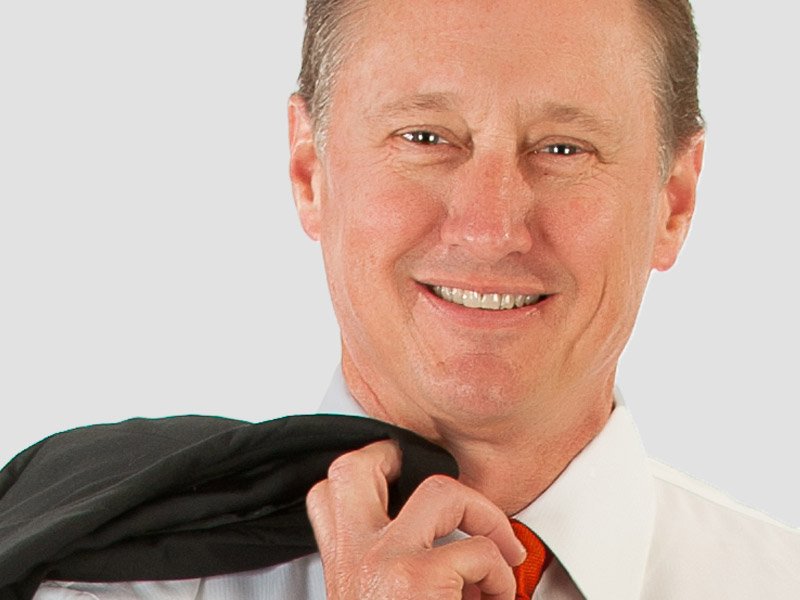 Walker is afraid that Obama won’t leave office when his term ends. He also believes that foreigners are sneaking in with drug cartels, causing a national threat. Furthermore, he’s stated, “I would beg to differ that Islam is a religion of peace, because you can’t have a religion of peace when you’ve got nearly a billion people choppin’ off heads all over the country.” 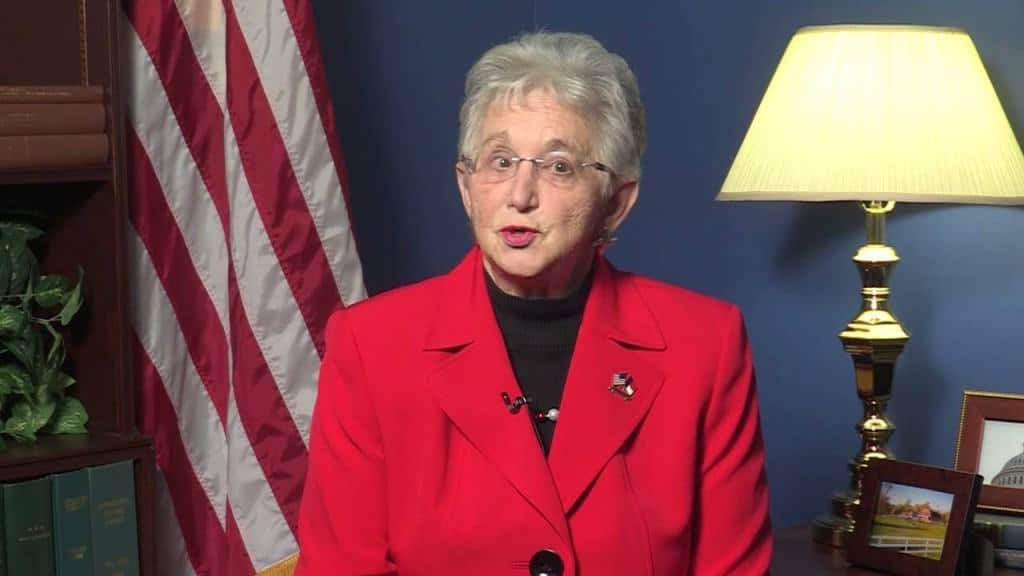 Foxx is another one who’s out there somewhere. She admits to having “very little tolerance” for anyone with student loans. She’s also claimed that the idea Matthew Shepard was killed because he’s gay is “a hoax that continues to be used as an excuse for passing [hate-crime] bills.” Later she said that “‘hoax’ was a poor choice of words.” 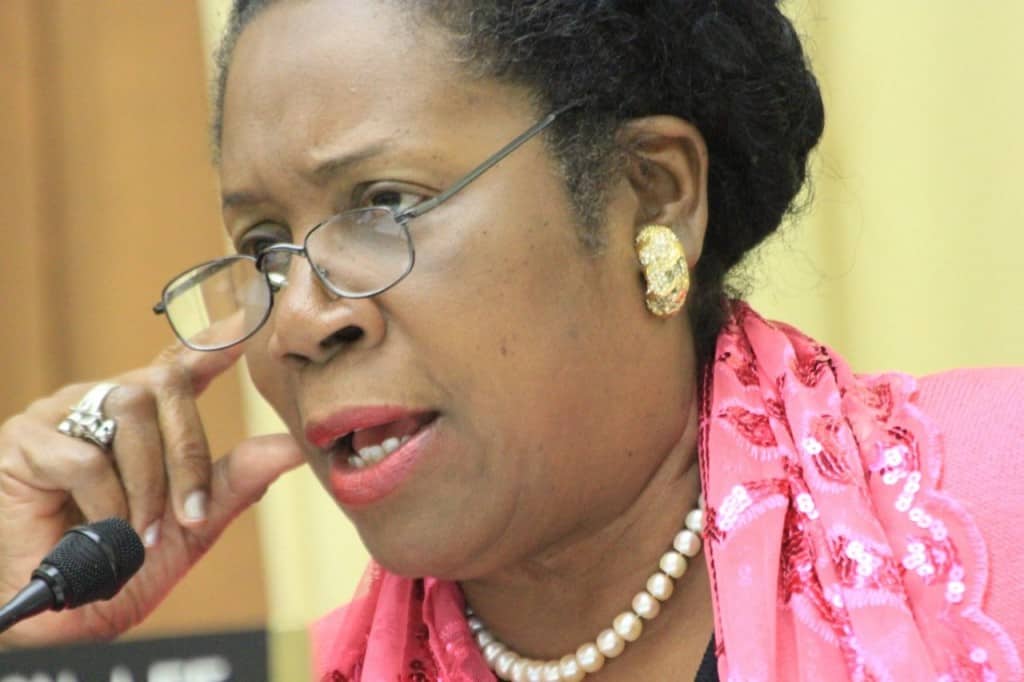 Recently, Washington Magazine named Lee “the “meanest” member of the House” because of how she belittles her staff, makes them do senseless tasks (e.g. bring her garlic supplements at 2AM), and throws things around. You also have to wonder about her sense of reality because she’s known to believe that the Constitution is only 400 years old. 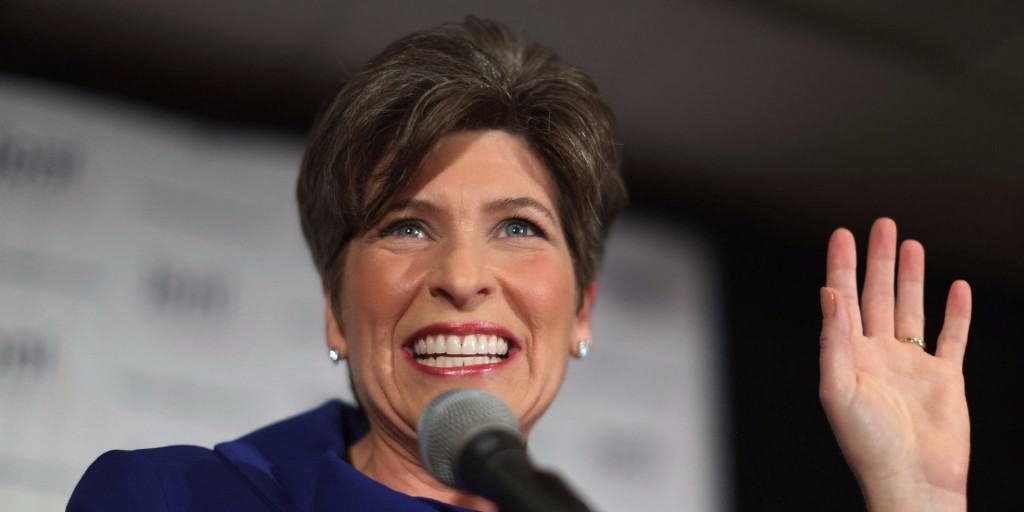 Ernst is known to contradict herself, saying things like Obama is “apathetic” even though she’d previously called him a “dictator.” She also carries what she calls a “beautiful little Smith Wesson nine-millimeter” with her almost everywhere she goes just in case she has to protect herself “from the government.” Wait! Isn’t she an elected government official? 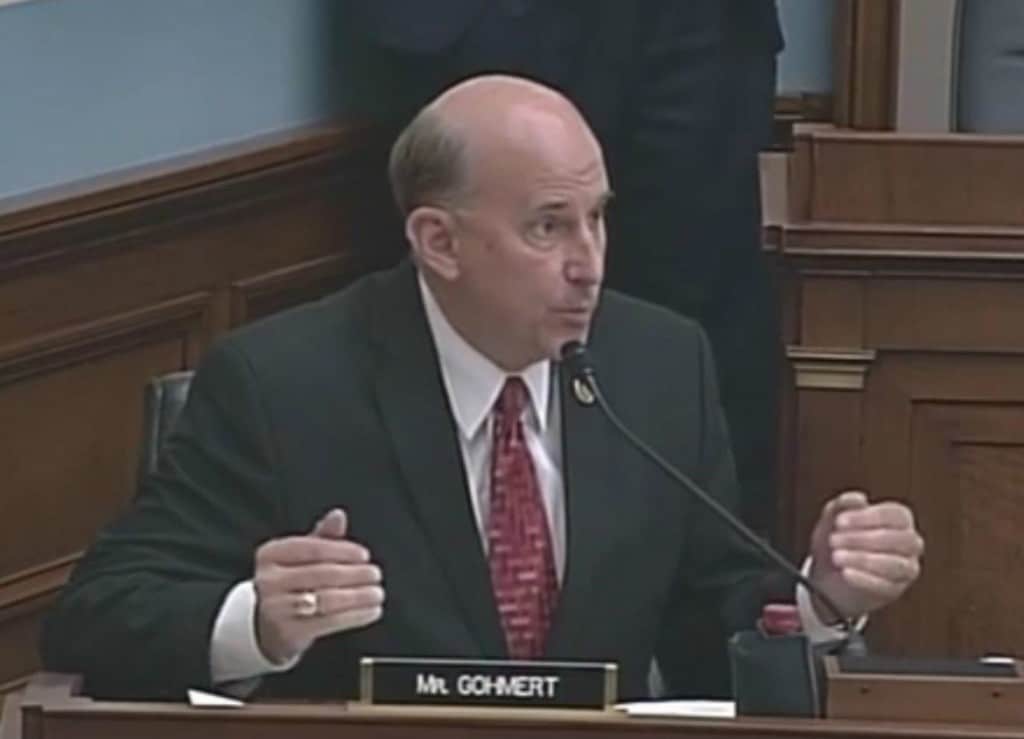 Gohmert has claimed to believe in some really weird things. He’s even done some very odd things to back up his beliefs. For instance, while he was still a judge, he ordered a man who had HIV to get written consent from all of his future sex partners. 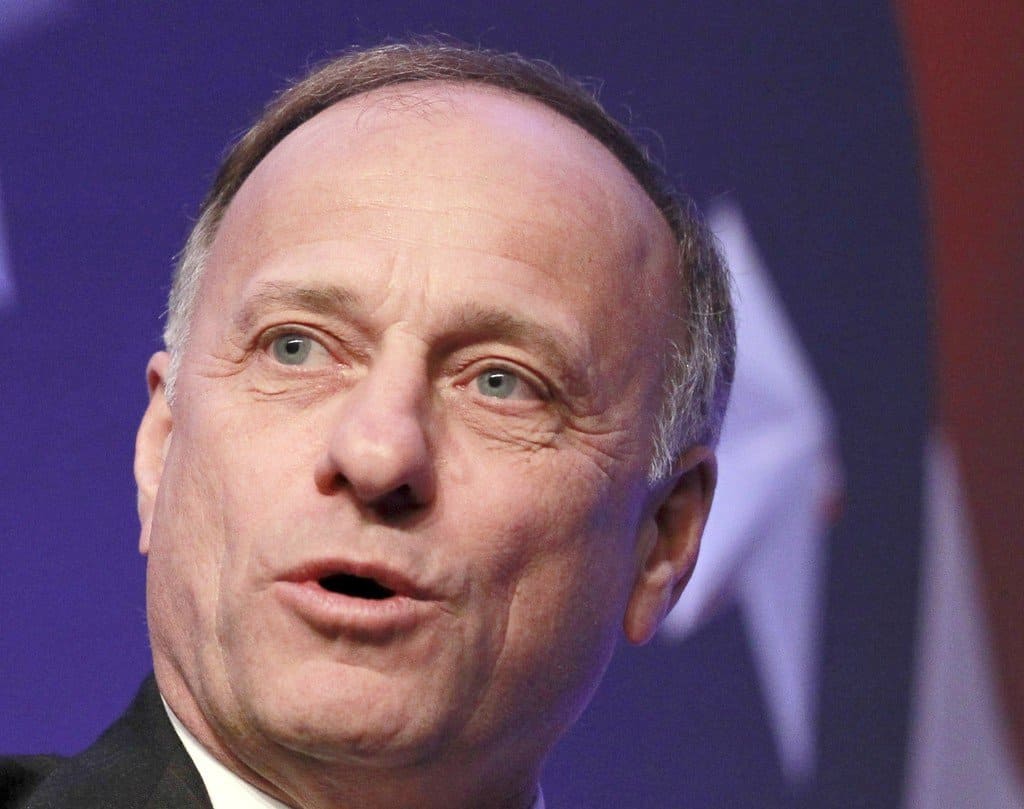 Some of the things that King has said make you shake your head in disbelief. For instance he once said, “For every [undocumented immigrant] who’s a valedictorian, there’s another one hundred out there who weigh 130 pounds and they’ve got calves the size of cantaloupes, because they’re hauling seventy-five pounds of marijuana across the desert.” He’s also voted to allow animal fights since humans fight and so “it would be wrong to forbid watching animals fight.” Furthermore, he’s said he believes that the U.S. should electrify the border fence, because “we do that with livestock all the time.” 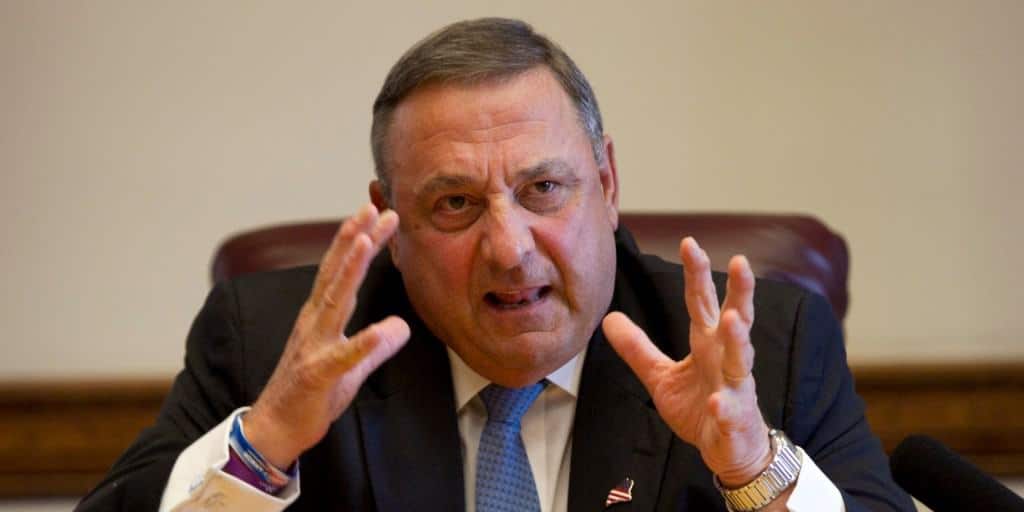 Although he’s been re-elected, he’s still known for such actions as refusing to attend Martin Luther King Day activities because he felt like the NAACP is a “special interest.” He even went so far as to say, “Tell ’em to kiss my butt.” 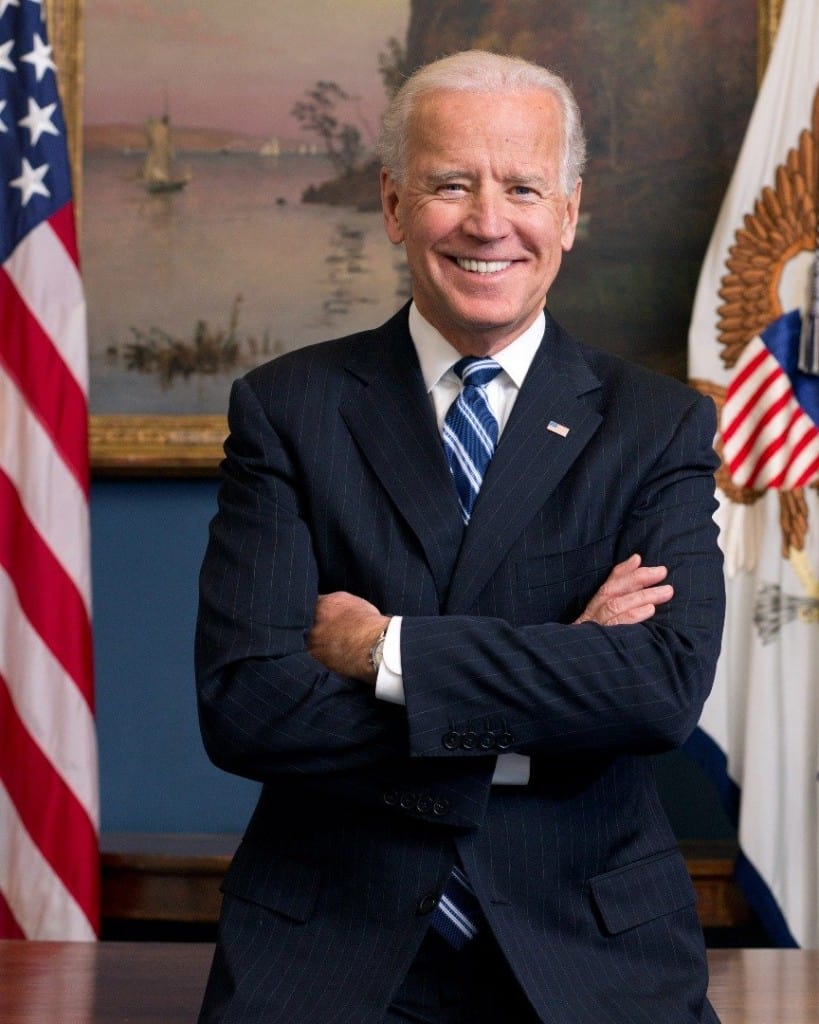 Biden is crazy enough to have run against President Obama for election in the past. Nevertheless, Obama still named him as Vice President again.