17 Pictures Of People That Have Fun At Work

Most of us despise our jobs — having to wake up early, get out of our warm, cosy bed, and leave for work. While most of our days are boring and repetitive, there are some out there that try and be spontaneous. While we all sit back in the office, pretending to actually do work while surfing the web, there are some out there that are actually having fun at their jobs. Now that’s two words you’d never put together in a sentence. Here is a list of twenty people who are having a little too much fun at their job. 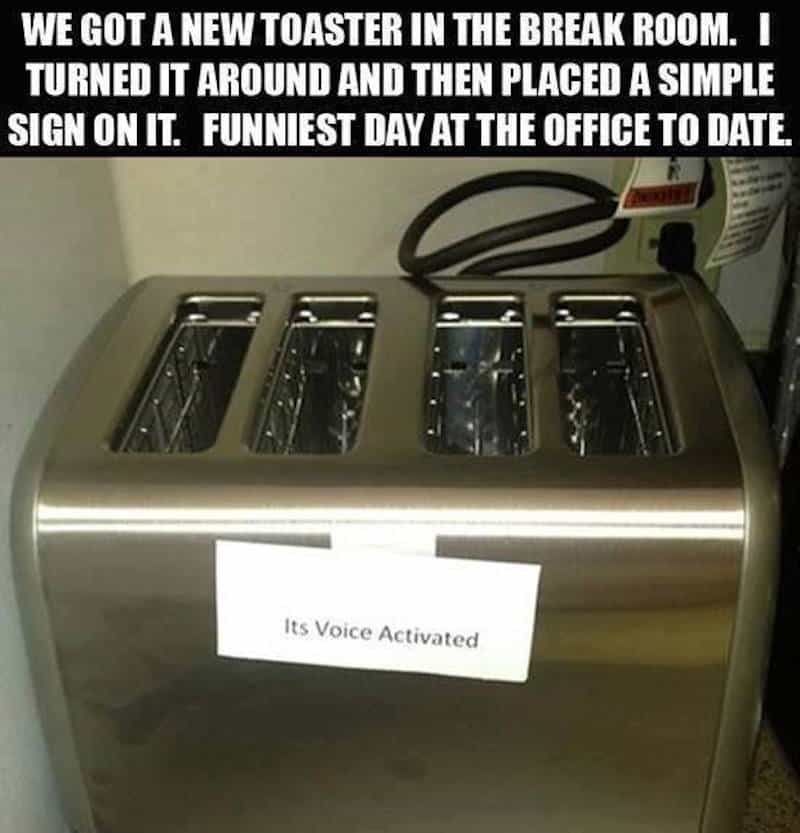 Imagine walking into the lunchroom and being able to tell the toaster you’d like to toast the bread that you’ve just put in, or imagine walking in and everyone trying that but nothing happening. Wouldn’t that be hilarious? 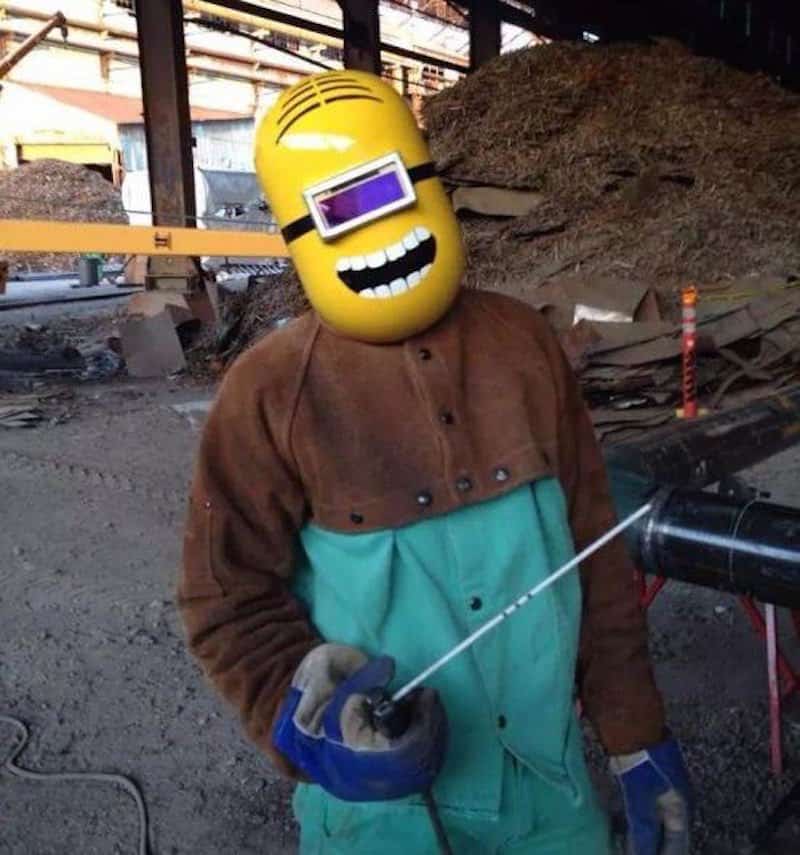 Who knew that Gru and minions actually existed, maybe this minion is trying to create another shrink gun so that Gru can shrink the moon again. 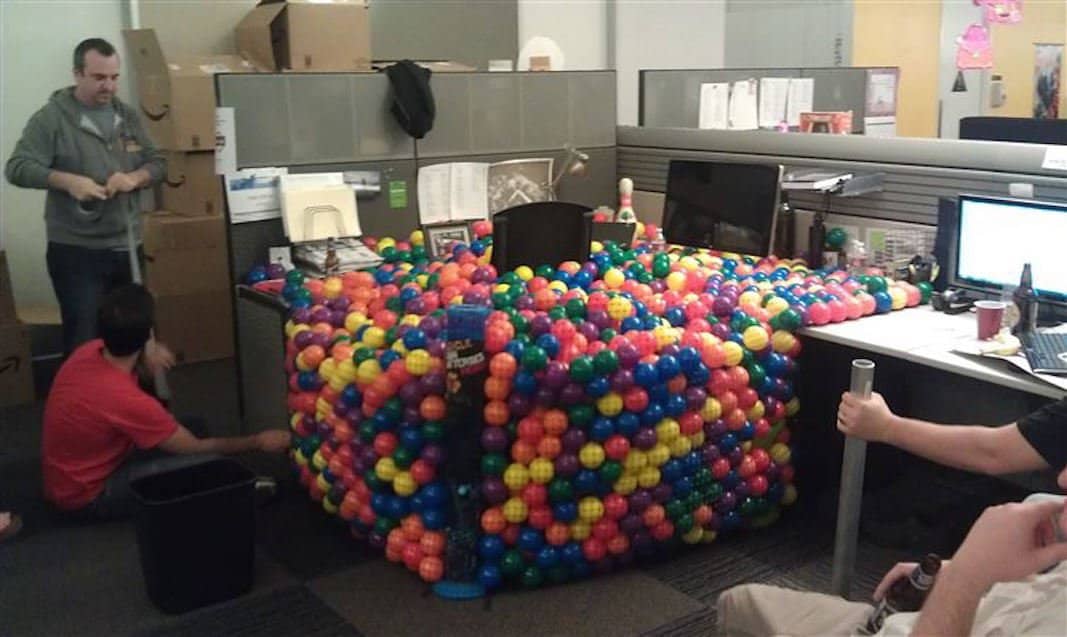 Everyone’s thought about being able to play in a ball pit while they’ve been at work, and these people actually had the guts to block off a work station and fill it with plastic balls, I wonder how their boss took it. 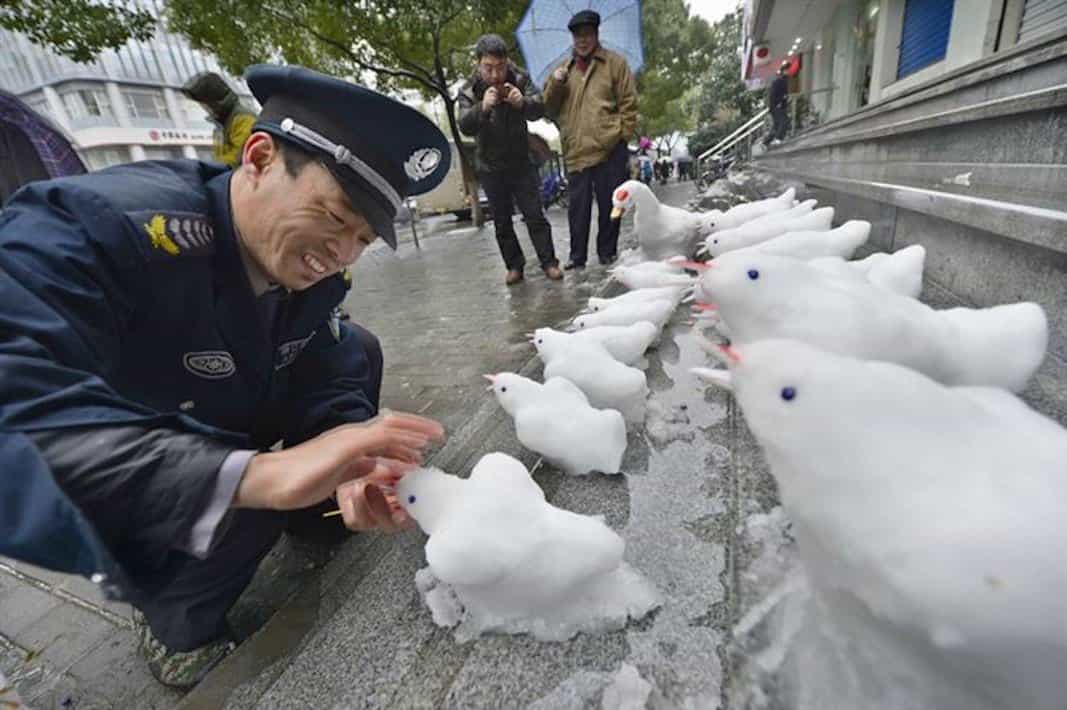 Either these birds were made to defend whatever lies beyond these steps, or he just wanted to have a break from work and be creative. Either way, he’s got passers-by captivated.

Can I Signal Batman Please? 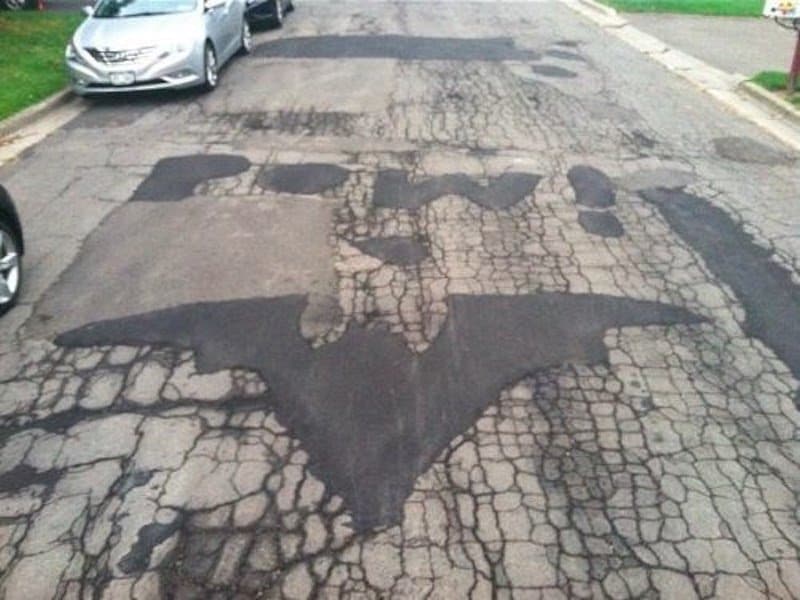 This road worker seems to be thinking ahead — what if it’s cloudy and batman can’t see his bat signal? No worries, we’ve got them on the roads all around town now! 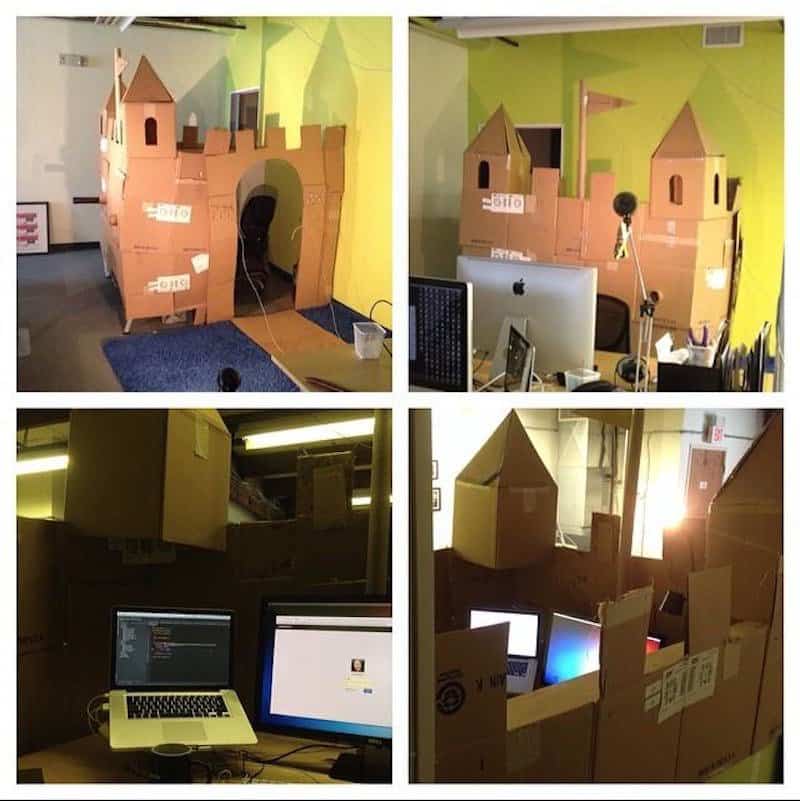 These employee’s must really like their alone time. They’ve built themselves a makeshift castle, protecting their work station. Either that or they want to feel like royalty in their mundane job.

Be The Hero At Work 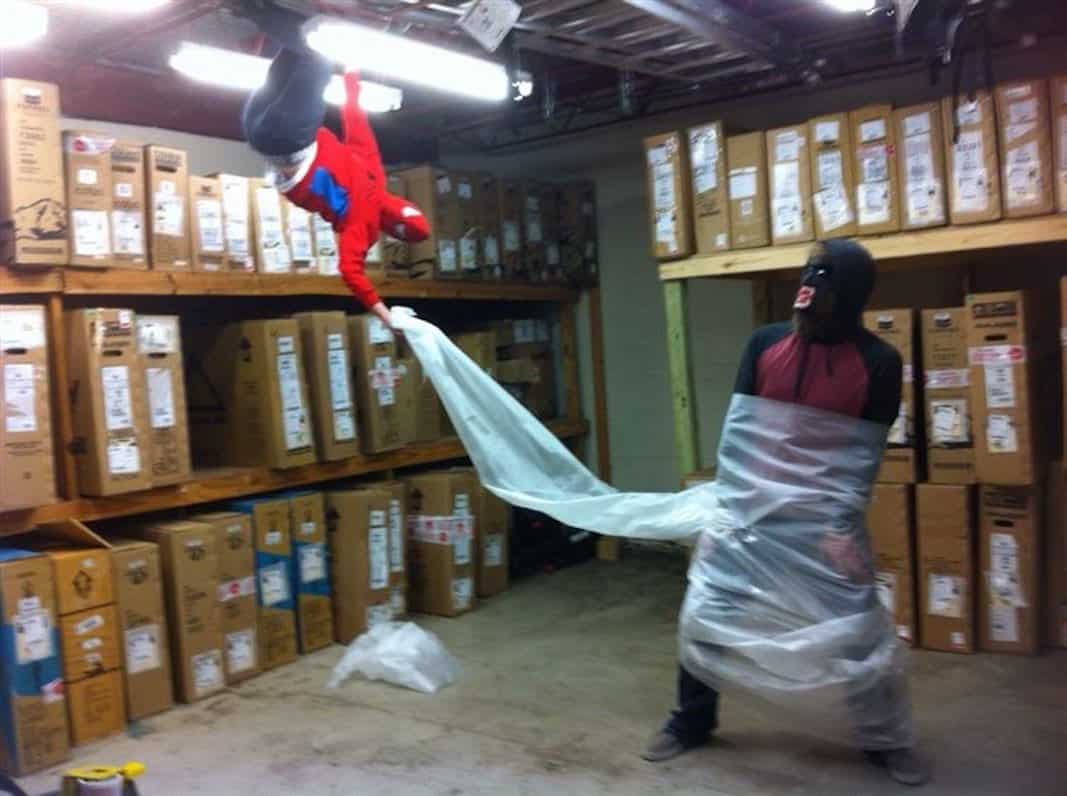 It seems as if Spider-Man has not only found a better job, but has also found out who’s been stealing all the products from the storeroom. 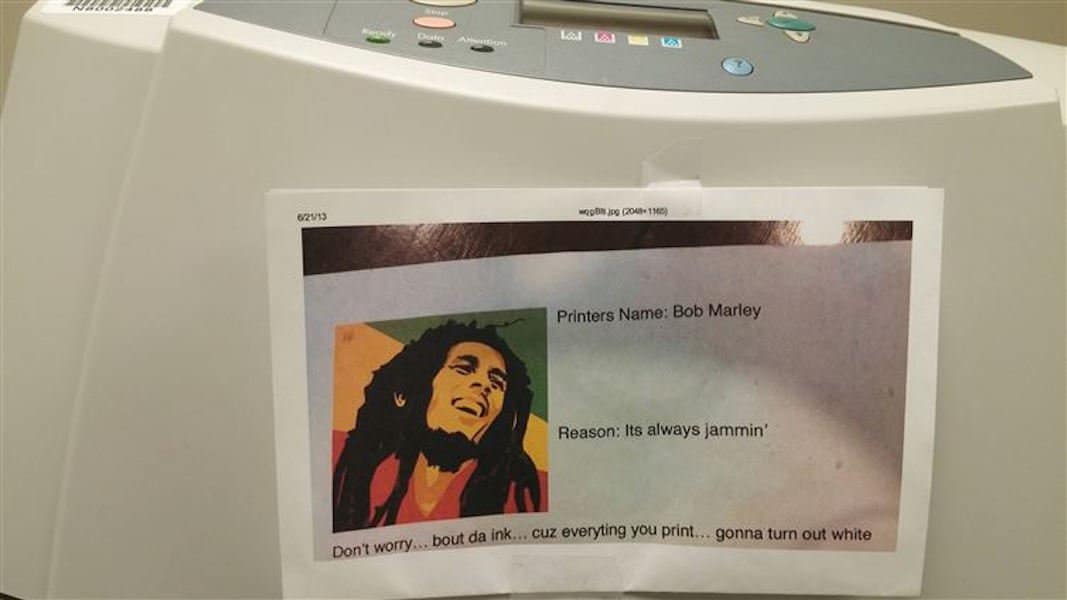 While this is a creative way to warn co-workers that the printer is no longer working, we want to know how they actually printed this in the first place — after all, everything they print turns out white? 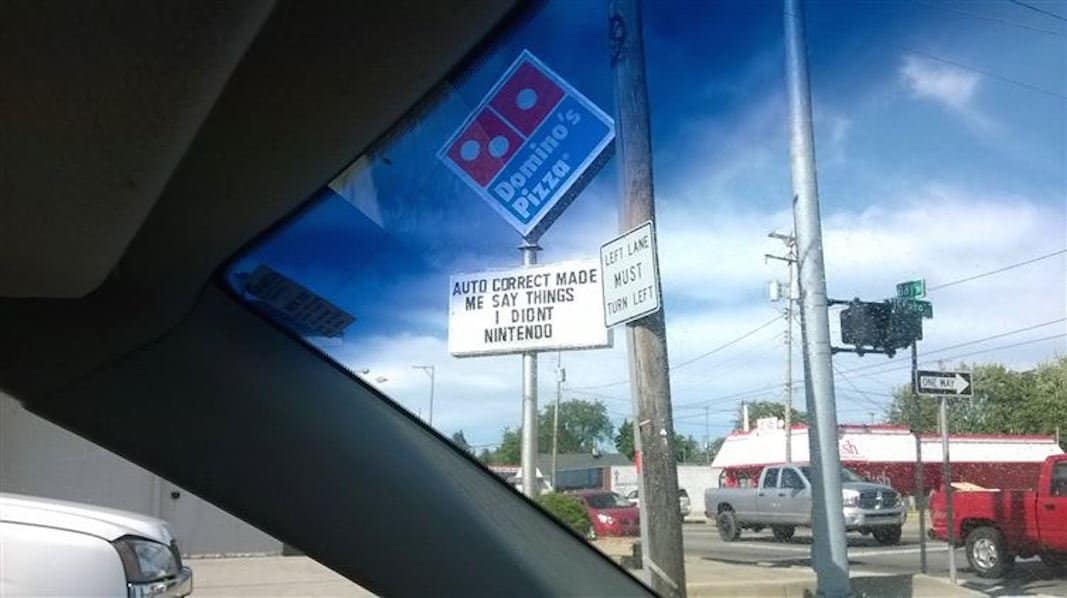 Autocorrect has become a thing of everyday lives for most of us, however it still produces some hilarious results. This Domino’s advertisement seems to have fallen victim to autocorrect — who said changing signs can’t be fun? 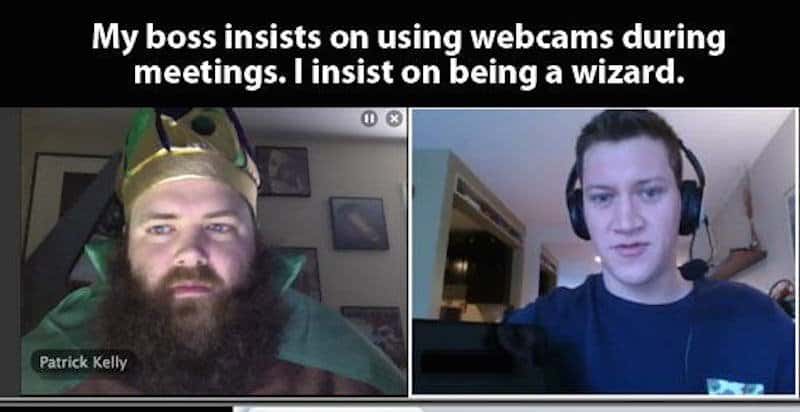 It seems as if Hagrid has had to take a job in the real world, but who said he has to forget his role in the Harry Potter series? 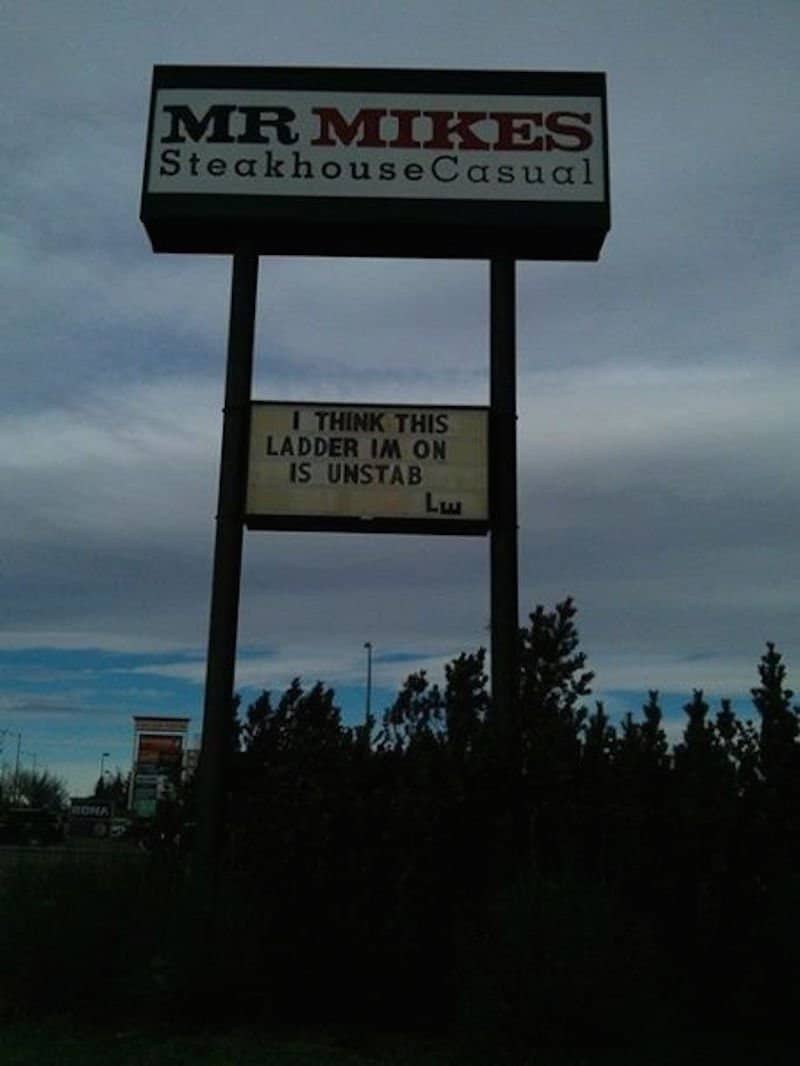 Always remember to have someone hold the bottom of the ladder while you’re on it… otherwise you could end up like this guy.

What Amazing Arms He Has 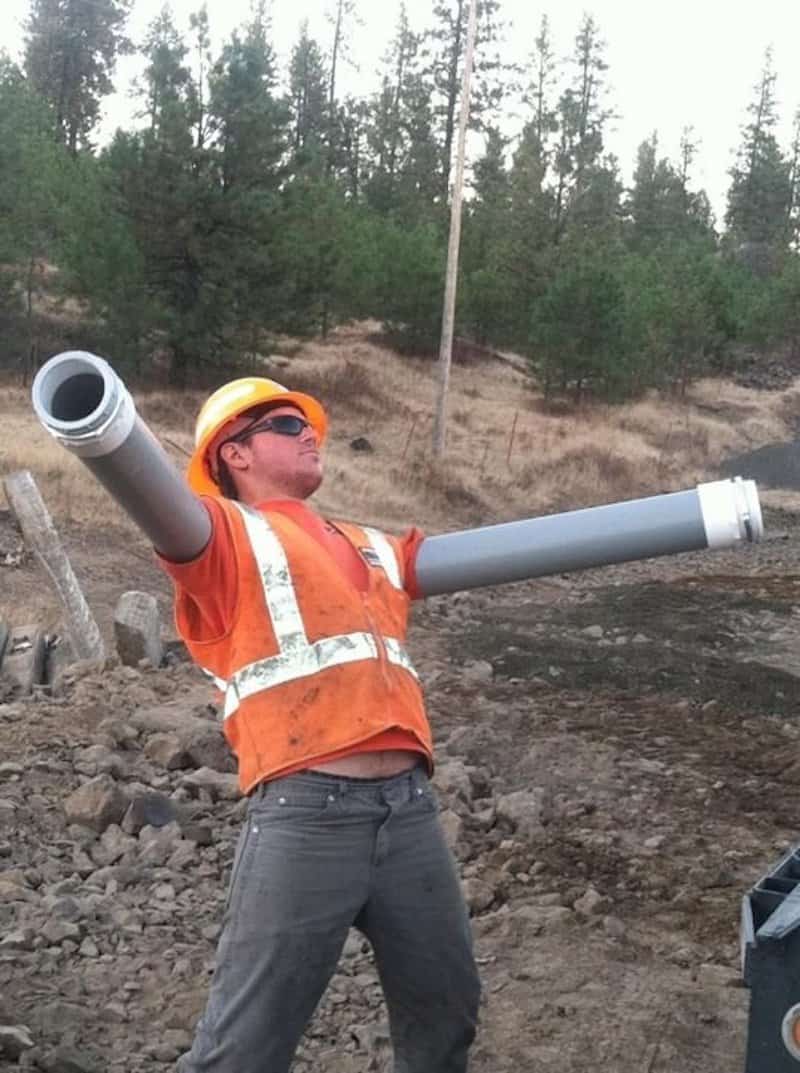 It looks as if Inspector Gadget is back at work again, how hilarious would it be to drive by a construction area and see this? We know the kids would be very entertained. 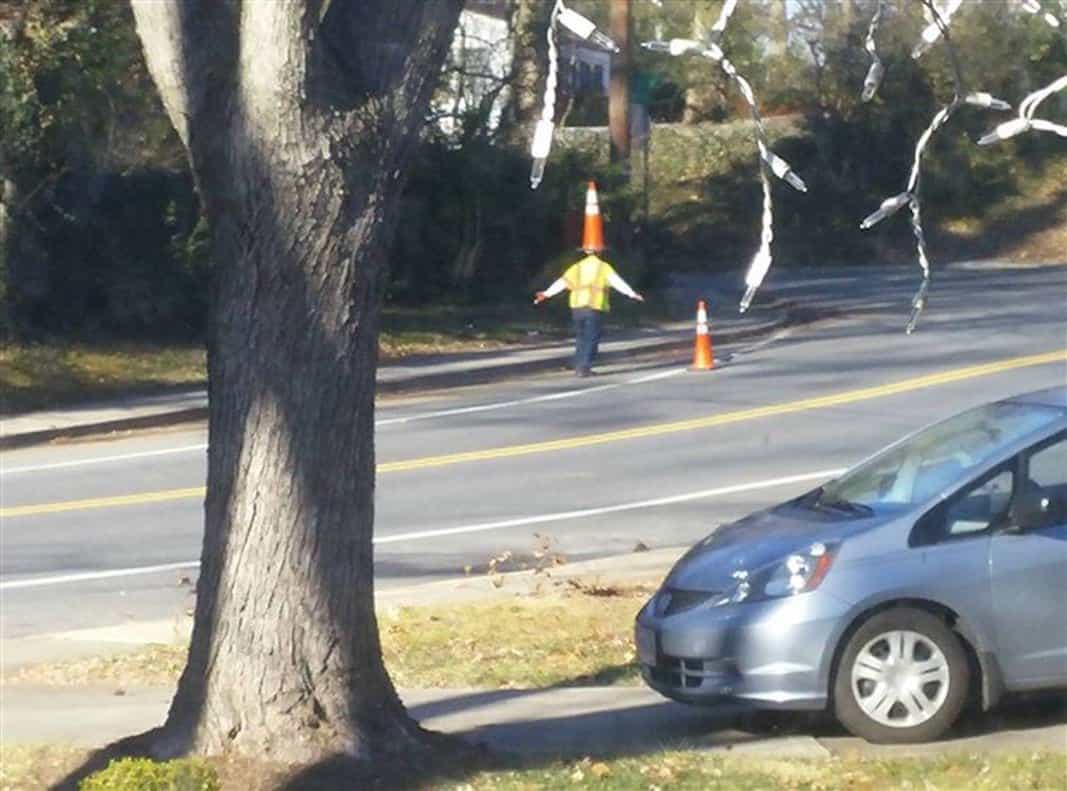 It seems as if this construction worker is bored of his day job, so he opted to become a wizard. At least he’s being safe while he fulfills his fantasies. 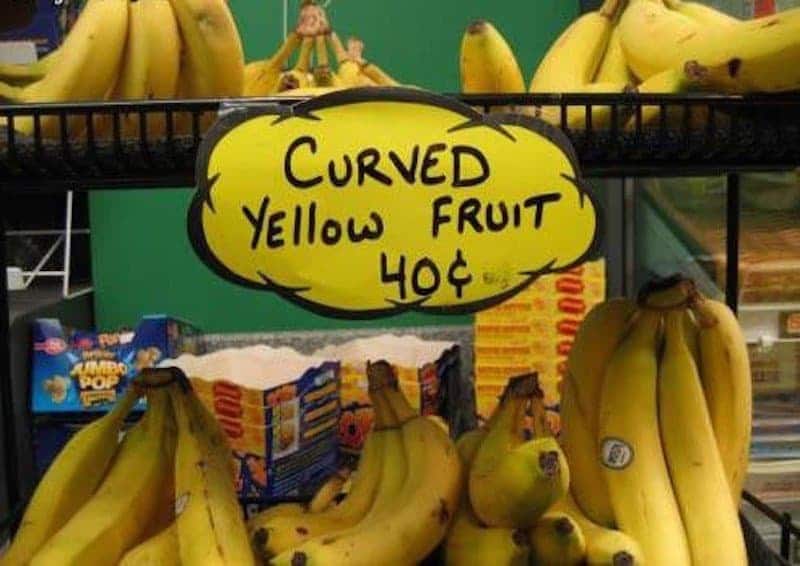 Either the guy who wrote this forgot how to spell banana (it’s not that hard… it’s got three unique letters), or he’s a hipster — because you know, banana is too mainstream.

We Value Your Opinion 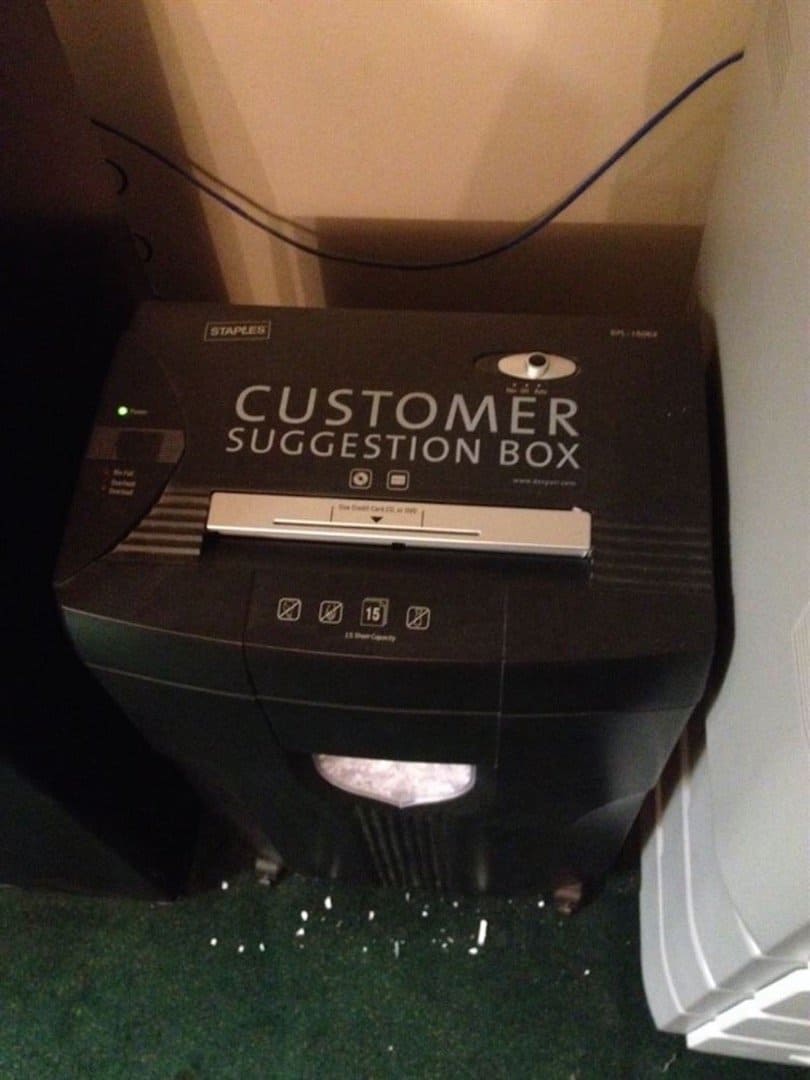 Have you ever wanted your customers to offer suggestions to you, but haven’t got a suggestion box? Wait no more with the Shred-ggestion 2000! 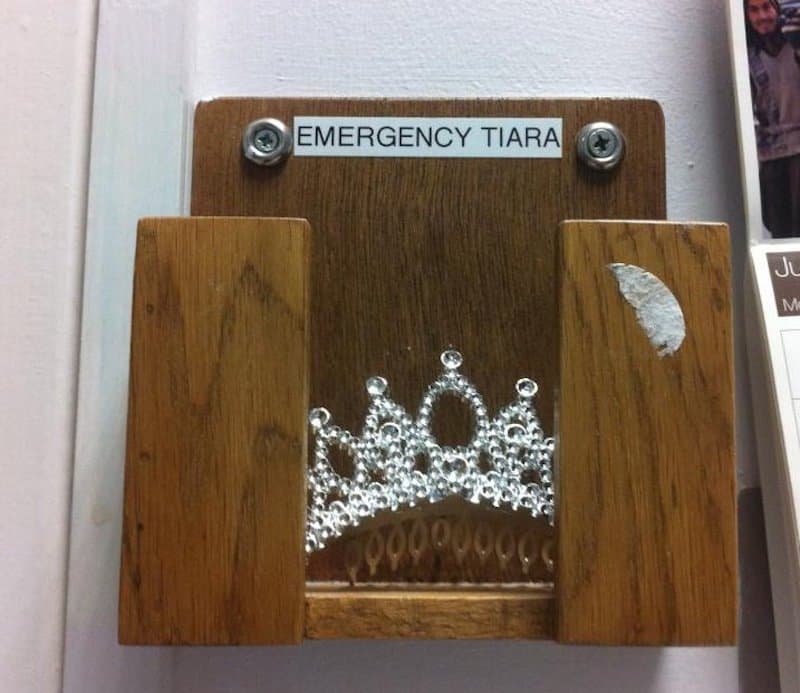 Everyone needs an emergency tiara — because you never know when you need to look fabulous. 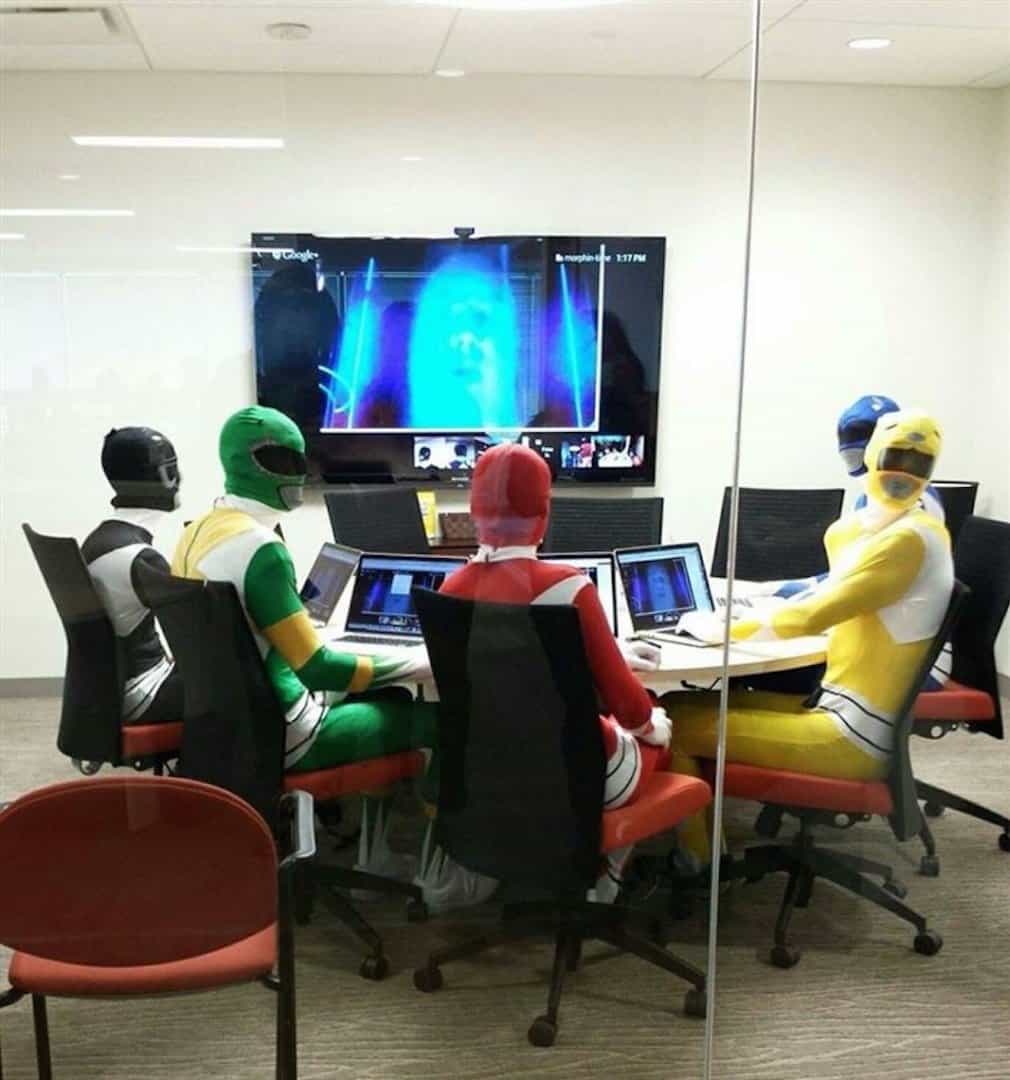 We all know that the Power Rangers finished ages ago, but it seems as if they’re making a comeback, either that or Halloween came early.