Fan of Mad Max or the Fast and Furious? Fan of car tuning? If you love to put the pedal to the metal, you’ve probably put a customization on your vehicle already. However by tuning your car you are not only able to achieve a better overall performance, but a better look as well. Some daredevils do just that and due to their weird personas, they manage to create some of the most bizarre visual car customizations. The following 10 weird adrenaline boosting custom car designs may be just a bit odd, but they are filled with extreme emotion that only a hardcore motor vehicle can give you. 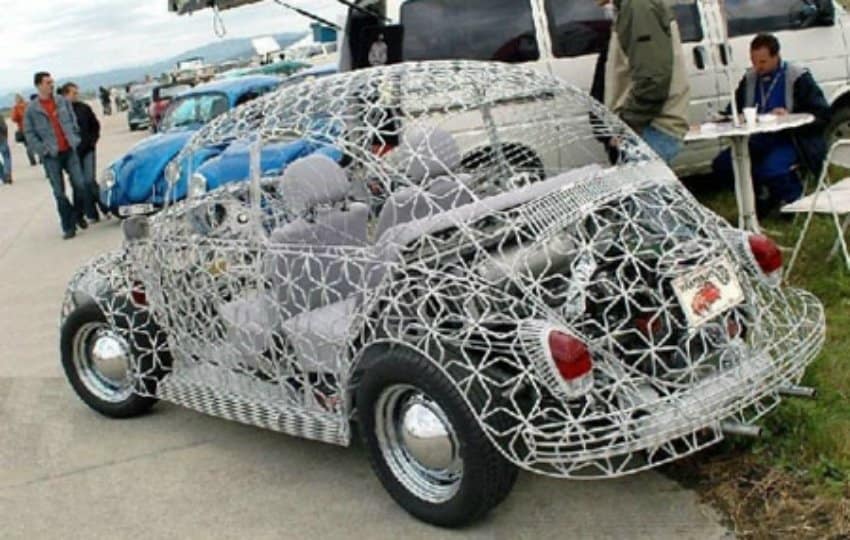 Fan of metal designand transperency? This crazy little beetle will make you feel every bit of air and let you see the pumping engine as you drive around the town. 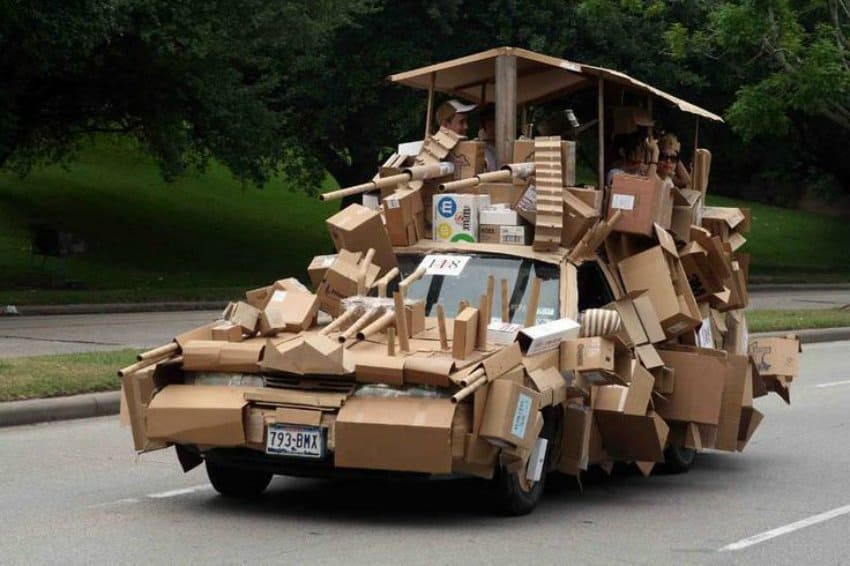 This owner decided to turn his car into a true customized powerhouse. Unfortunately, still feeling the effects of the financial crisis, he only had money for cardboard. 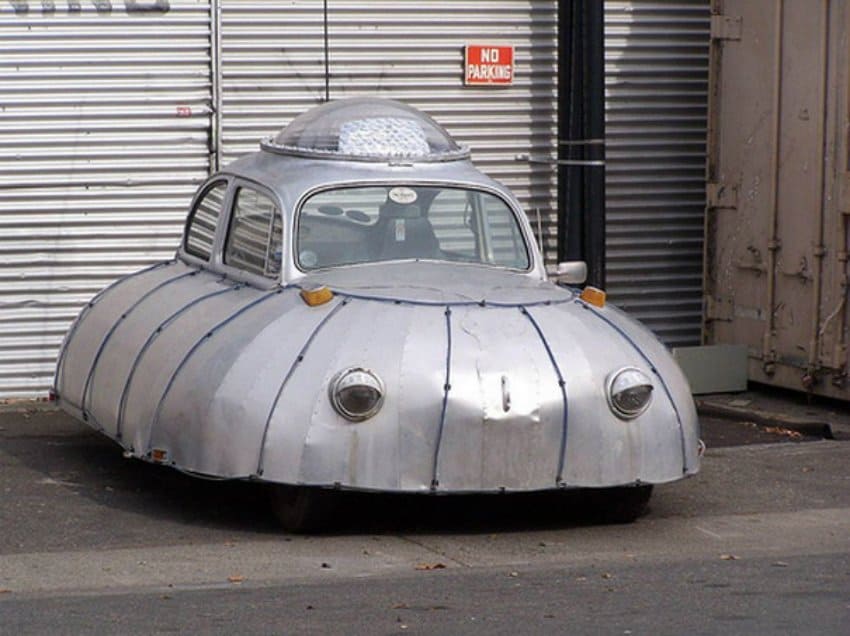 If you are a true UFO enthusiast, you should turn your car into a UFO. The maneuvering will be a bit tougher, but you’ll turn everyone’s head.

How can you turn your already awesome cabriolet Ferrari into something that is even more outstanding? Make a limo out of it!

Tires of the Century 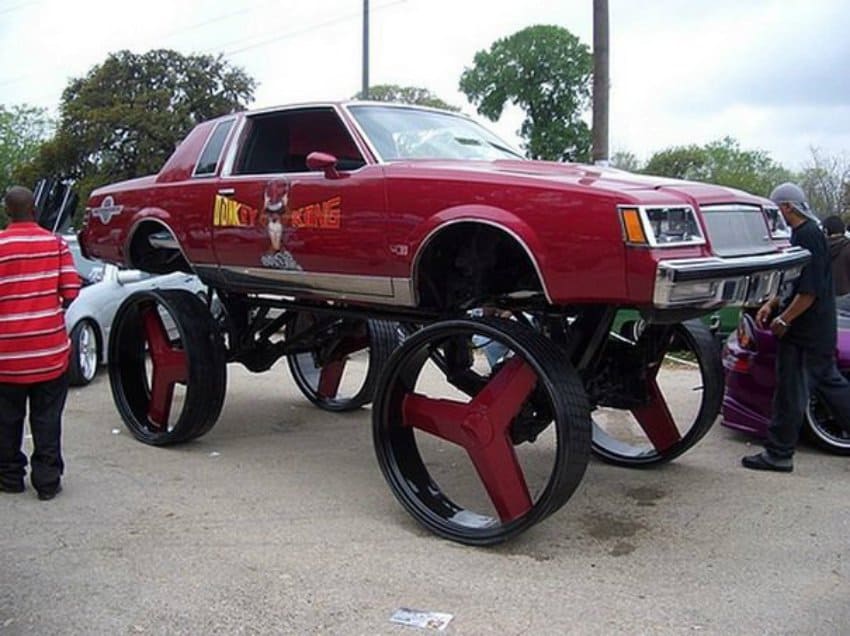 Everyone tries to customize their cars with the coolest tires ever. Sorry guys, someone has already achieved the best possible tire look! 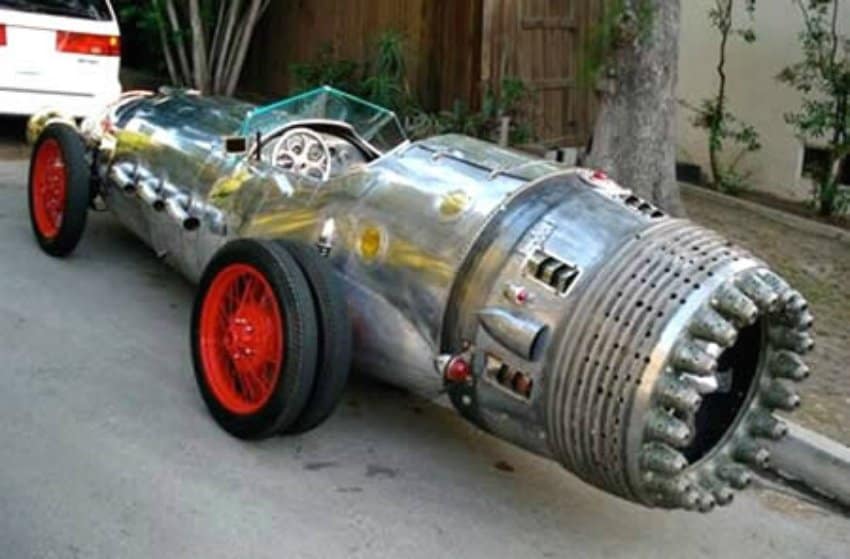 Coming straight out of Sci-Fi movies, the jet-engine car is simply extraordinary! 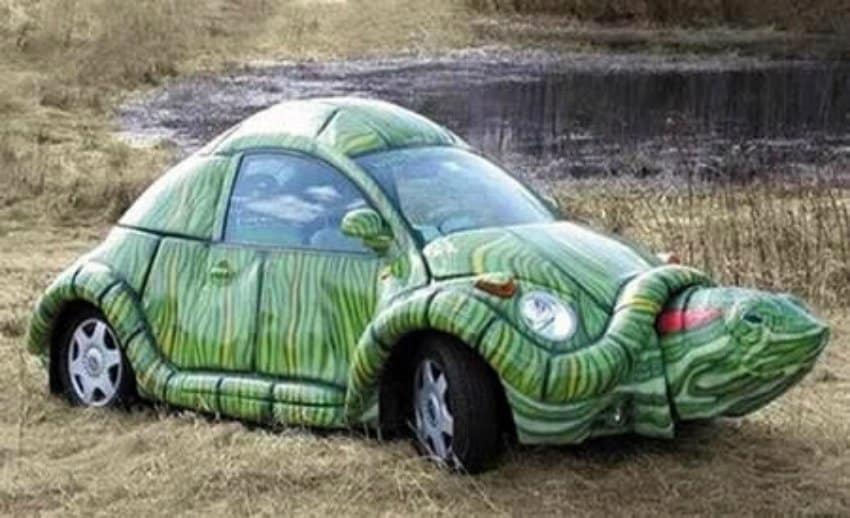 Is your car named after an animal, but not the animal you want? It seems like this person’s car was. 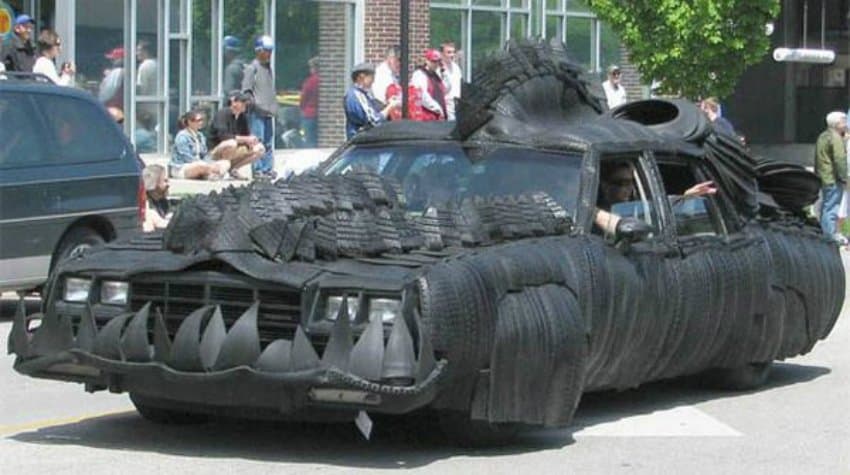 The design of this car simply speaks for itself – crazy, weird, but extremely awesome. 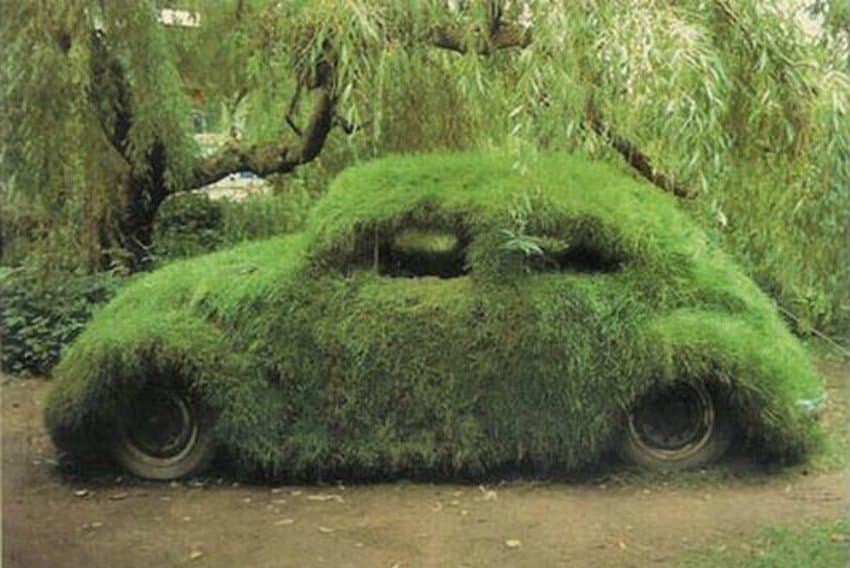 Want to truly feel a part of nature. You can do that with this camouflaged grass beetle, which is one with its surroundings. 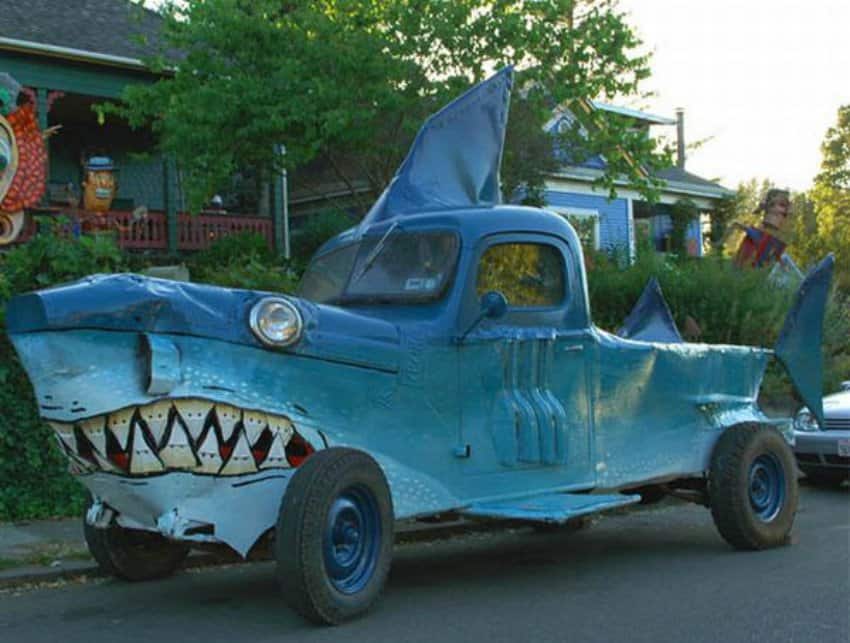 How do you make your pickup truck all the more crazy? Turn it into a shark!