Dating sites have long been used to find the perfect match from anywhere within the world. This means that there are a whole lot of weird individuals who are hoping to find the love of their life. Now, there is nothing wrong with that at all, but it certainly takes some finesse to accomplish the aforementioned task. One of the biggest aspects of online dating comes in the form of your initial profile picture, which must be as flawless as possible to score the wonderful date everyone is hoping for. These Russians, however, managed to capture the most awkward moments in their lives. 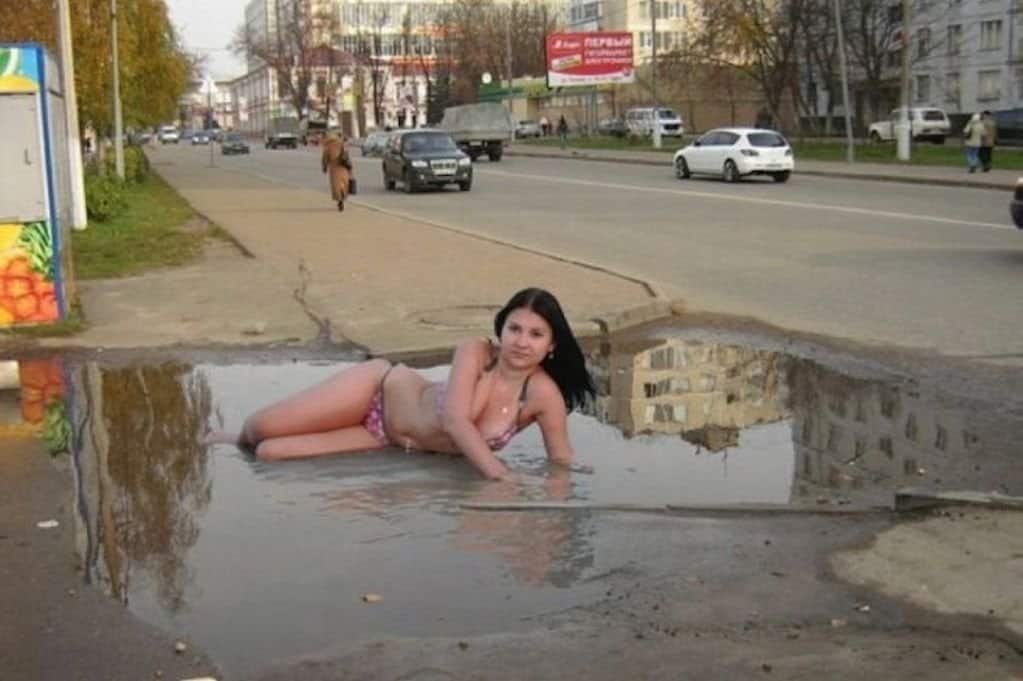 Taking a picture in a cute bikini while at the local swimming pool is definitely a nice profile picture. But when your local swimming hole is actually a hole in the middle of the sidewalk, then you may want to rethink the photo opportunity. 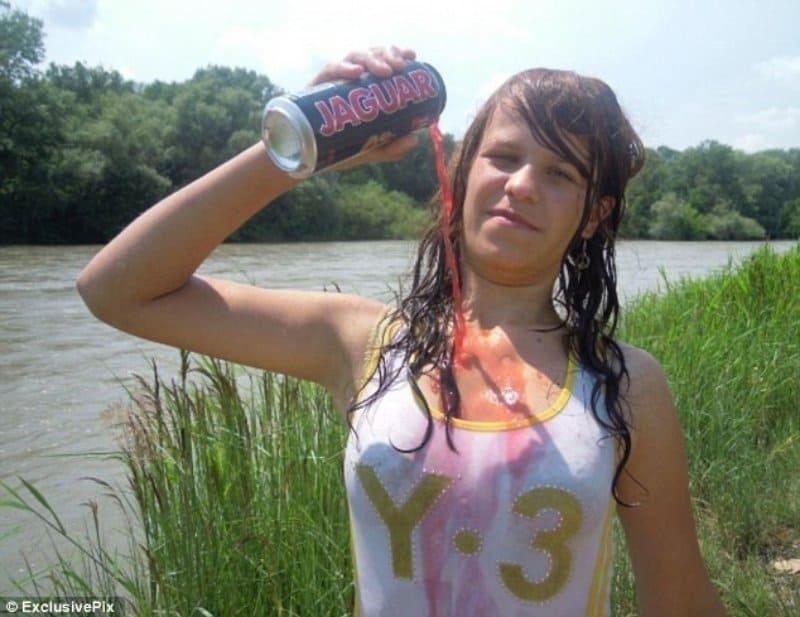 Some women find it cute to pour some type of expensive drink over their bodies, as some men find it enticing. But when you’re pouring some form of red juice that stains your skin and clothing, things are going wrong. 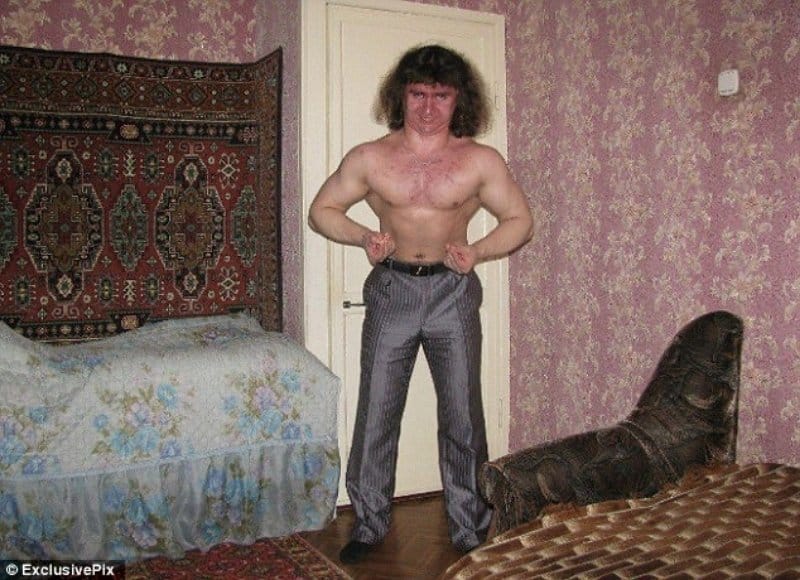 Flexing is a way to show off the body you’ve been working so hard to achieve. Unfortunately, most women find it odd, especially when you look like this Russian man. It’s just awkward.

Nothing To The Imagination 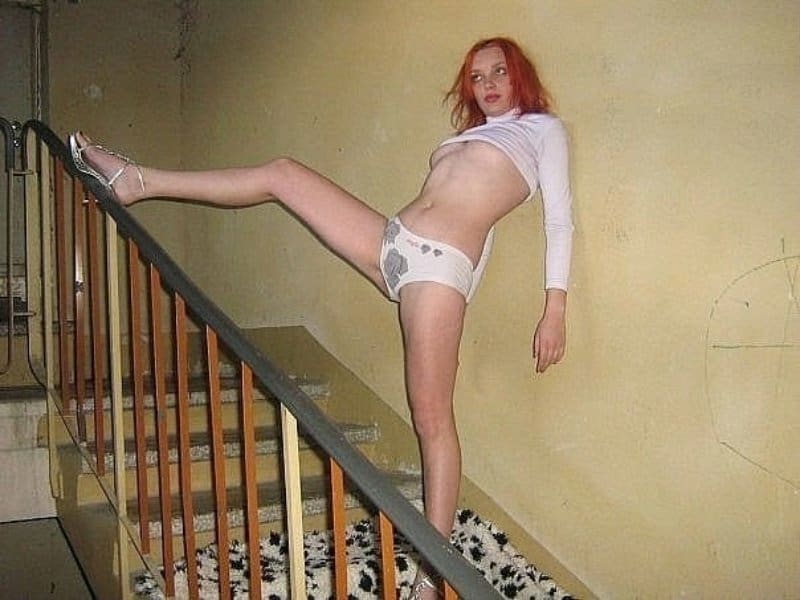 Your profile picture should offer some look at your body, but it doesn’t have to reveal everything. This woman left absolutely nothing to the imagination while she posed on the staircase of an apartment building. 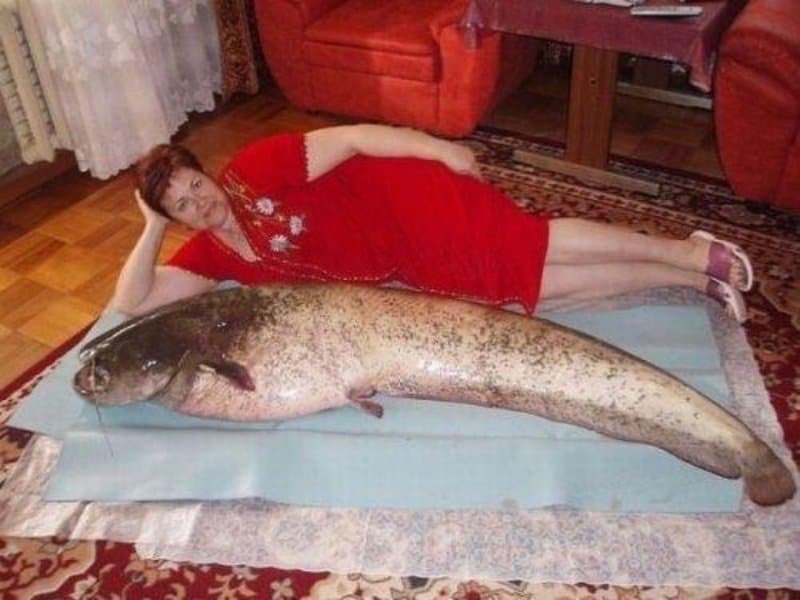 Perhaps the thought process behind this particular profile image was that if you start dating the Russian woman above then you get access to the massive fish on her living room floor, too. 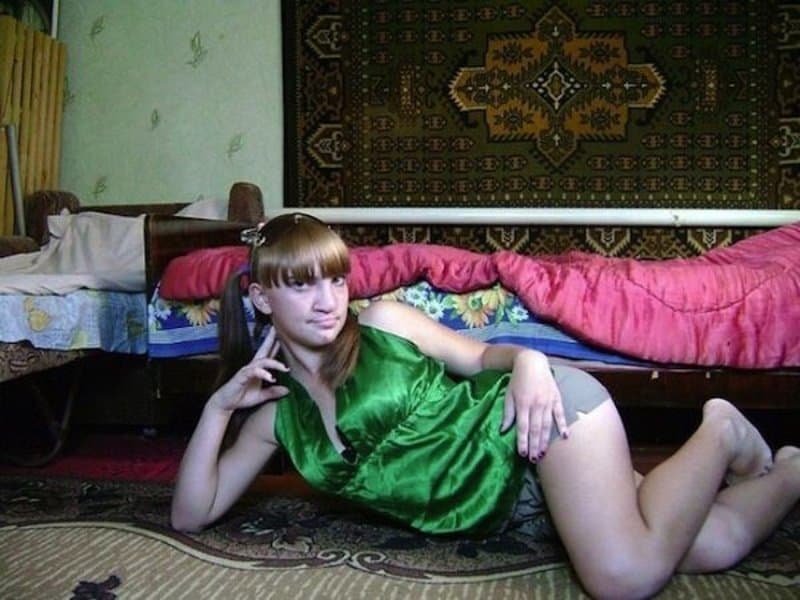 She may have a cute body, but her face appears to have been hit with a brick a few times. That’s not to say she doesn’t deserve to find someone, but finding a more flattering image would do wonders. 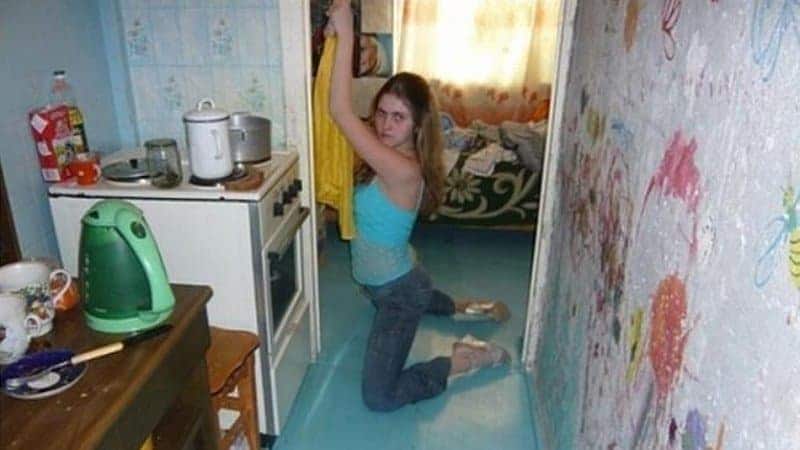 A sexual pose can help when trying to sell your online dating profile, but when you’re sitting on the floor of a tiny, messy kitchen, then a better spot should be considered for said pose beforehand. 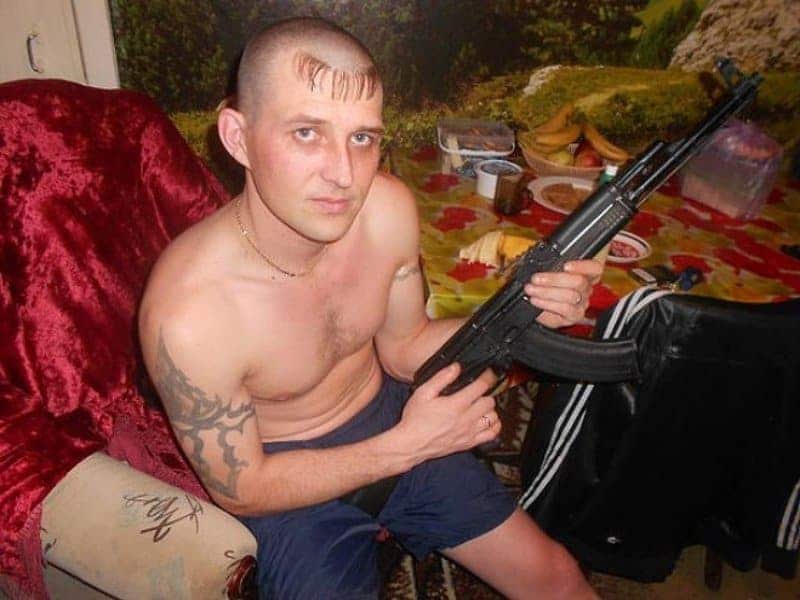 In Russia, guns certainly have a different meaning when it comes to dating. They don’t mean your muscles, they actually mean the guns you probably have under your bed or on the coffee table. 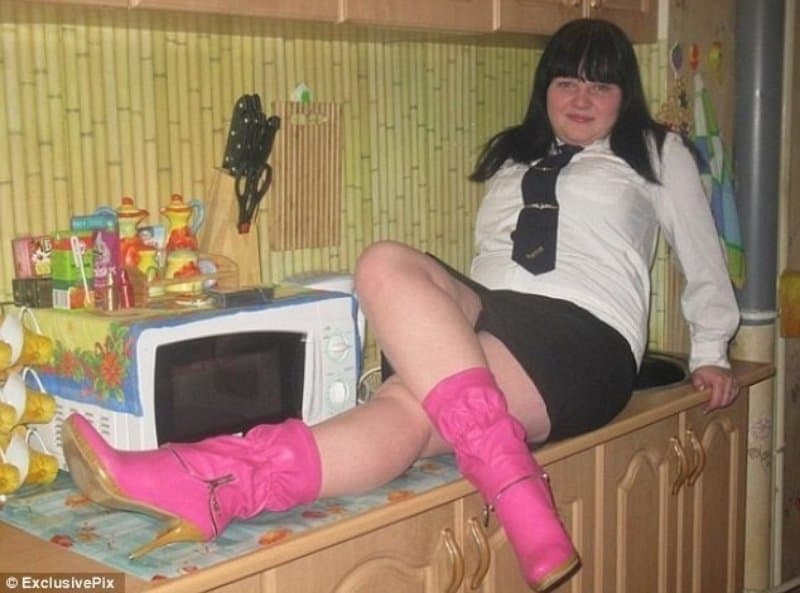 The schoolgirl outfit is cute for a lot of men out there, but this woman certainly doesn’t pull it off. Sitting atop her counter-top doesn’t help either. 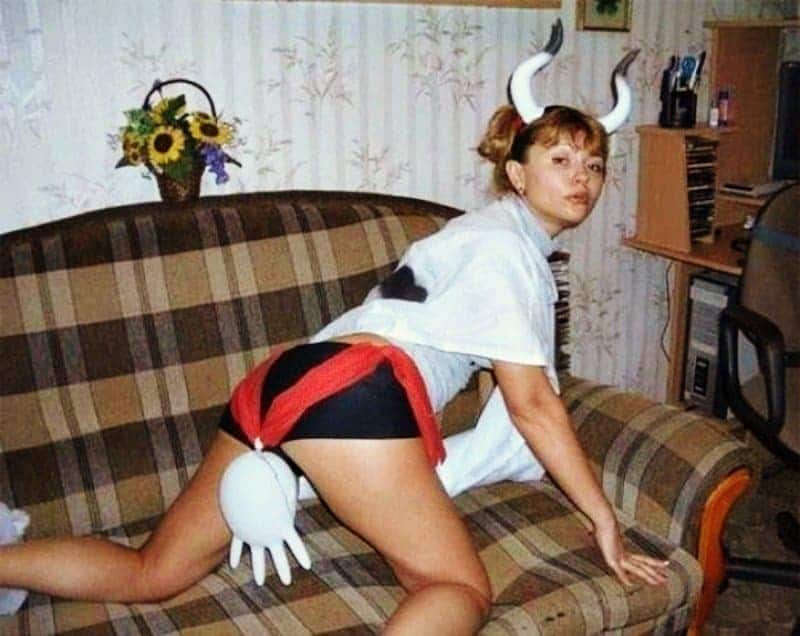 If you’re dressing as a cow in an attempt to sell yourself to a man, or woman, then something is going wrong in your life. Some people have weird obsessions, this is true, but don’t display it immediately perhaps. 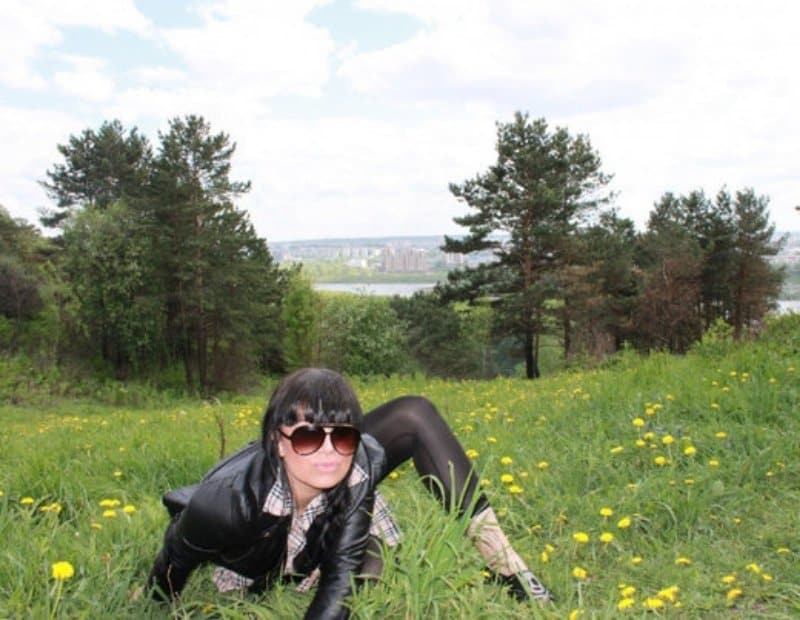 Posing as a spider-like being in the center of a field somewhere is certainly a little more odd than most people are probably used to, honestly. This woman has the fashion thing down pat, though. 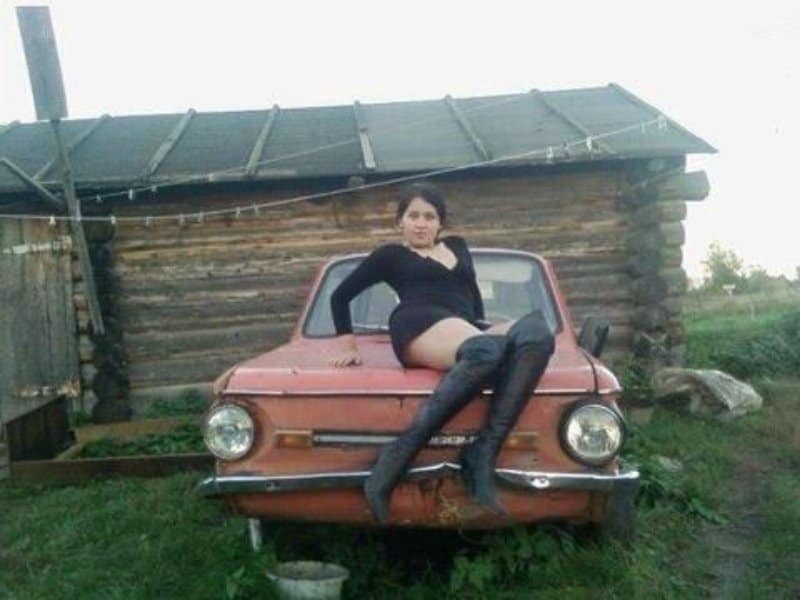 Sure, there isn’t really anything wrong with the woman in the photograph to most people, but the ancient, decaying car in front of the old log cabin certainly has a weird vibe to it. 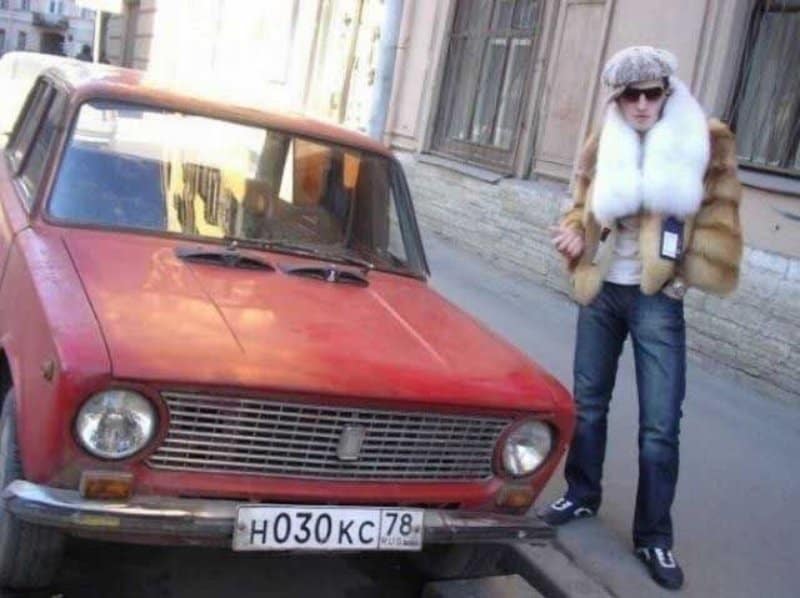 He’s dressing to impress, but he certainly isn’t driving to do the same. His car is beat-up and probably older than he is. 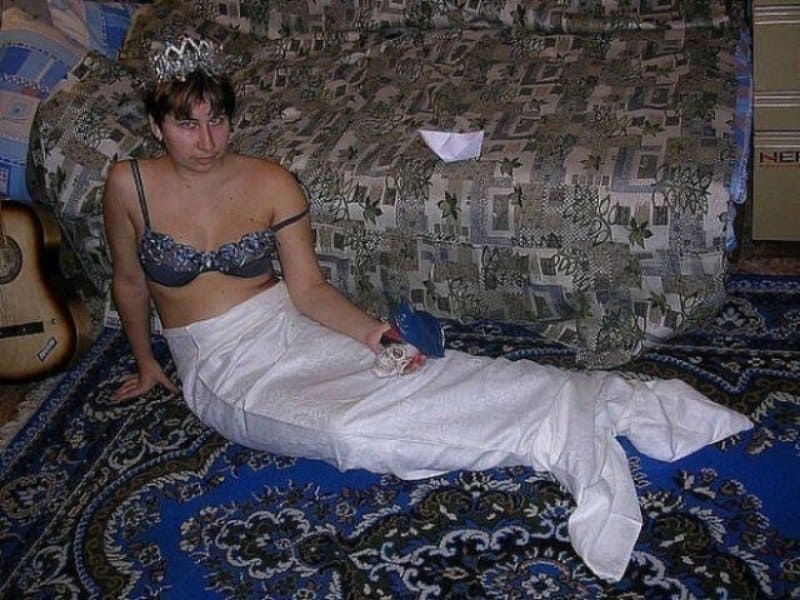 Much like dressing as a cow, having a fancy for dressing as a mermaid is probably the type of thing you want to keep to yourself for a few dates. Or perhaps even longer, who knows? 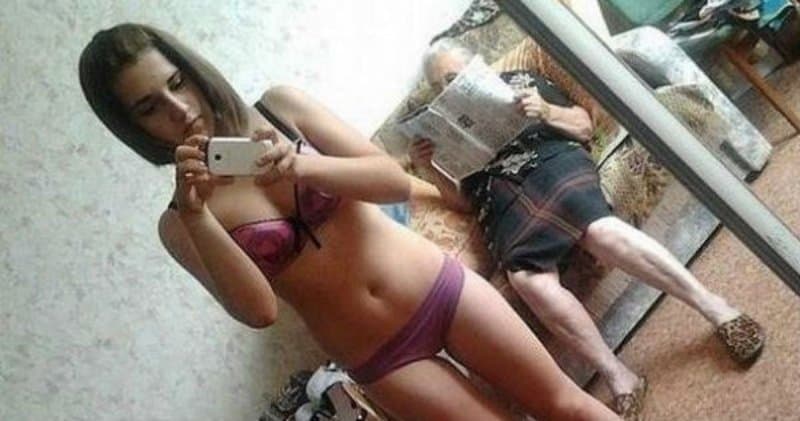 An exhibitionist certainly enjoys putting themselves out there, but this young girl thought it was smart and sexy to take a picture in her underwear in front of her grandmother.