14 English Words To Avoid When You’re Not In America

Cookies, peaches, and salsa. Sounds like the makings of a delicious meal. True if the place you’re ordering food is in America. But you may want to reconsider asking for ‘cookies’ in Hungary, ‘salsa’ in Korea and a ‘peach’ in Prague. You probably will get a round of disapproving looks from the locals!

There are cookies you should reconsider eating. And sometimes it’s healthier to have preservatives. Read below to find out when you may not want to ask if there are preservatives in your cookies! 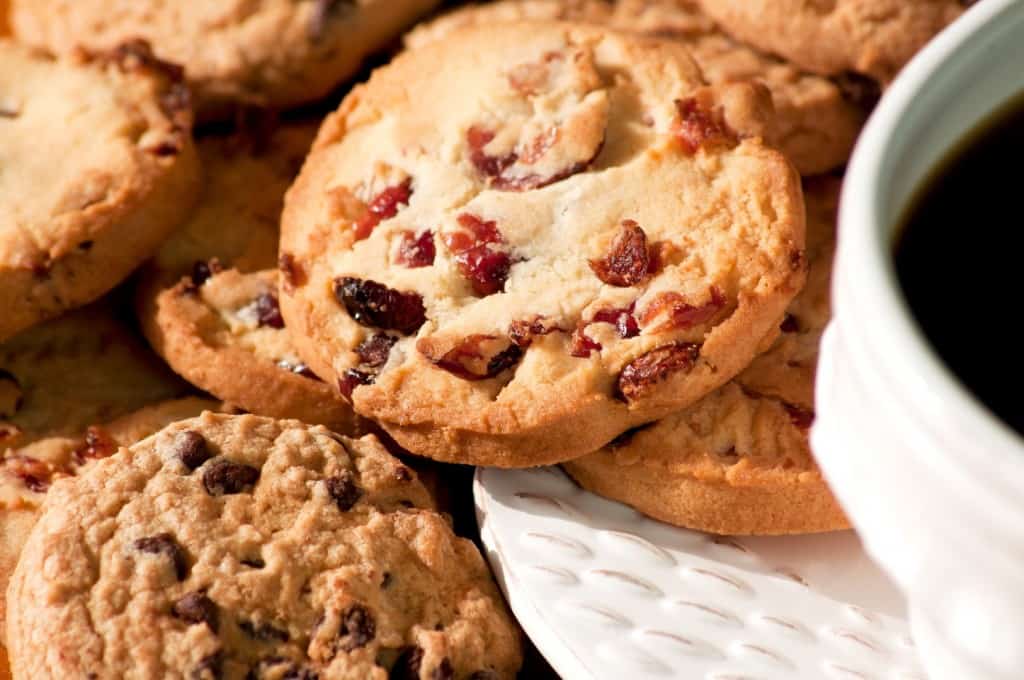 If we’re talking about cookies, bring on the chocolate chips and oatmeal raisins, right?! Not so fast. When in Hungary, you may want to reconsider gobbling these down.

I’d Rather Be Pretty As An Apple 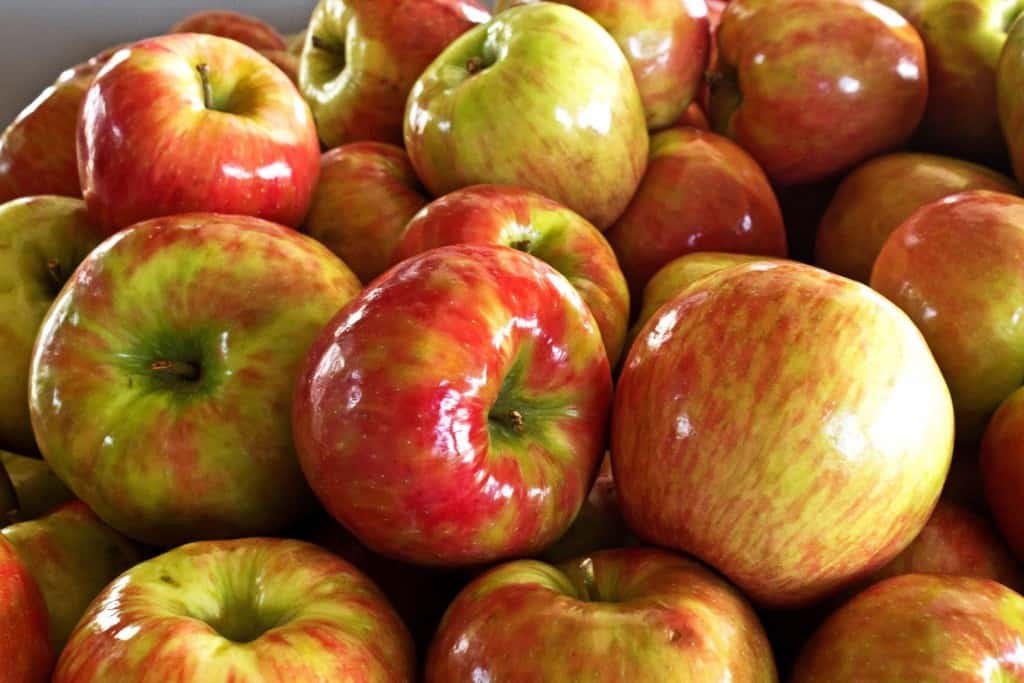 What lady wouldn’t want to be called “pretty as a peach”? It’s a sweet compliment, after all. As long as you’re hearing it outside of Turkey!

Pic (pronounced ‘peach‘) is the Turkish word for bastard.

So when in Turkey, while it might be an insult to be called a peach, know that if a local tells you that you’re pretty as a seftali, they are indeed complimenting you. A seftali is a peach! 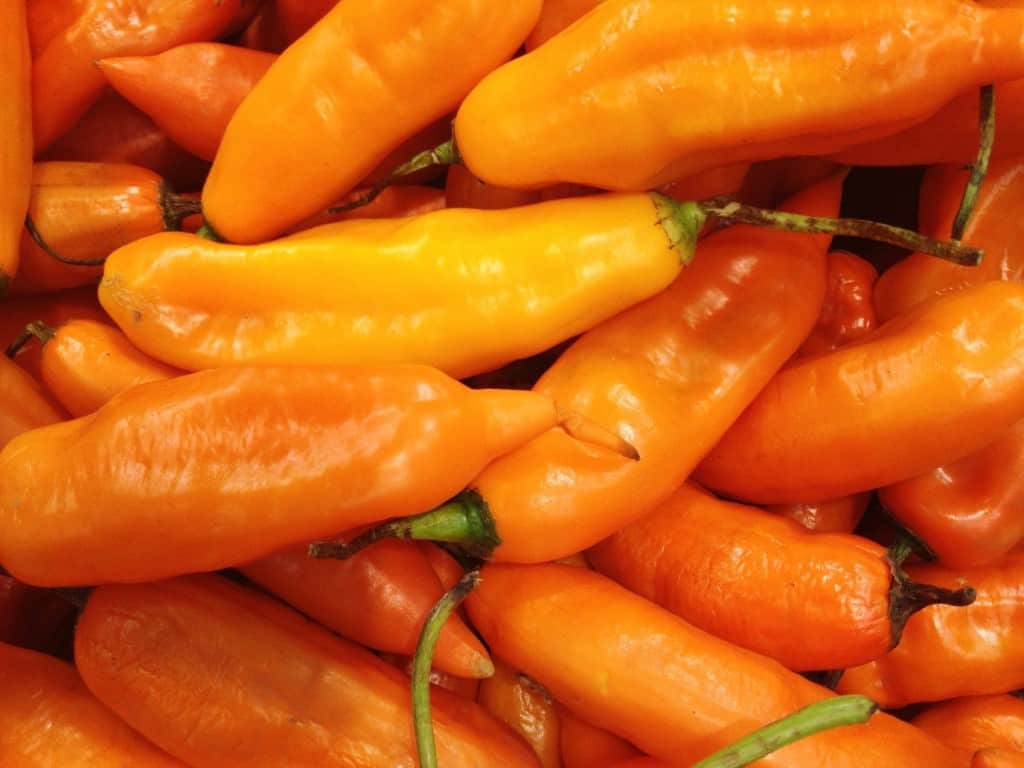 Salsa is harmless, right? If we’re eating Mexican, then we’re talking about the most popular condiment for our quesadillas and fajitas. And if we’re talking about moves, there’s no Latin dance more explosive with hip-swiveling excitement than salsa.

But if you’re heading to Korea, you definitely don’t want to try out their salsa. 설사 (pronounced ‘salsa’ in Korean) is diarrhea! 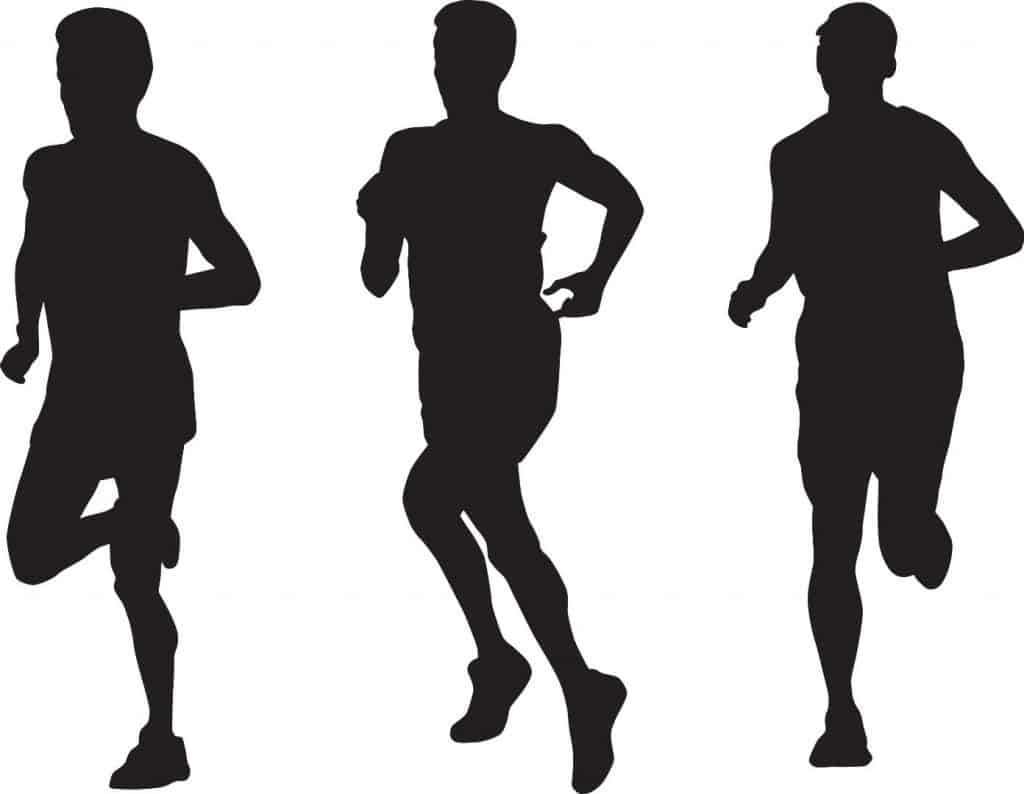 Speed is a good thing if we’re running a race. Maybe not so much if we’re getting pulled over for a ticket.

But, in Sweden it would be a pity to get praise for your speed, or given a ticket because your speed posed a treat, since the word for speed is fart, in Swedish.

Leave This Part Of The Plot Out 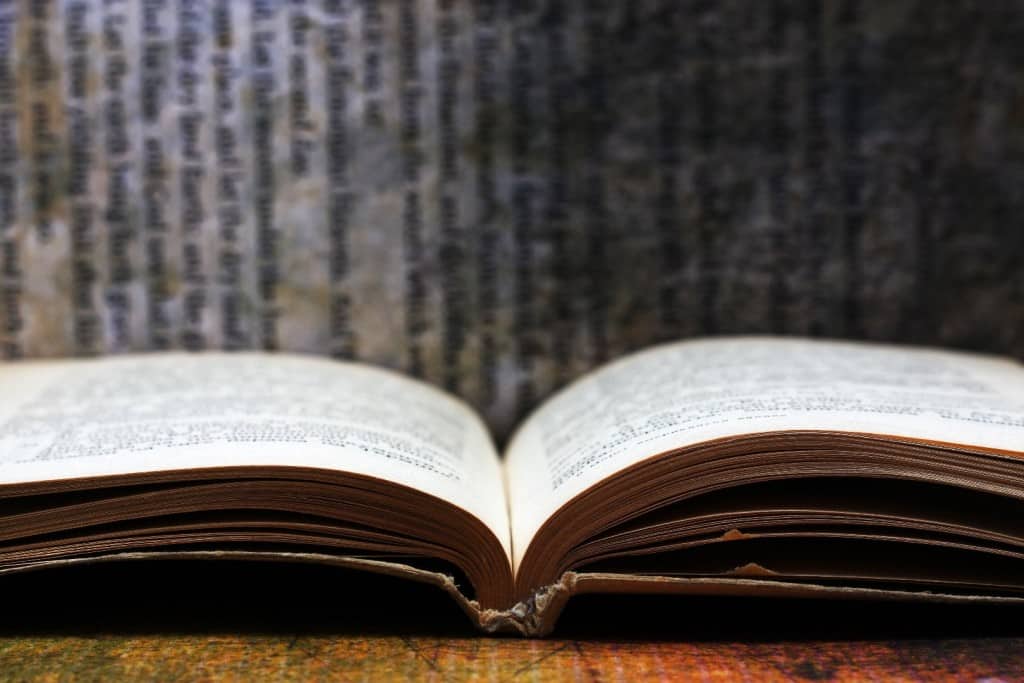 When you’re reading a great book it usually means there are great characters, great prose, and a really great plot. A tip of the hat goes to the author who can create good plot.

But, if you’re in Quebec, whether you’re a writer or not, you’d never want someone talking about your great (or not so great) plot. Plotte (which is Quebec French and pronounced ‘plot’) is a vulgar term for vagina.

So when in Montreal, leave you talk of plots at home!

You Want Him To Wear What?! 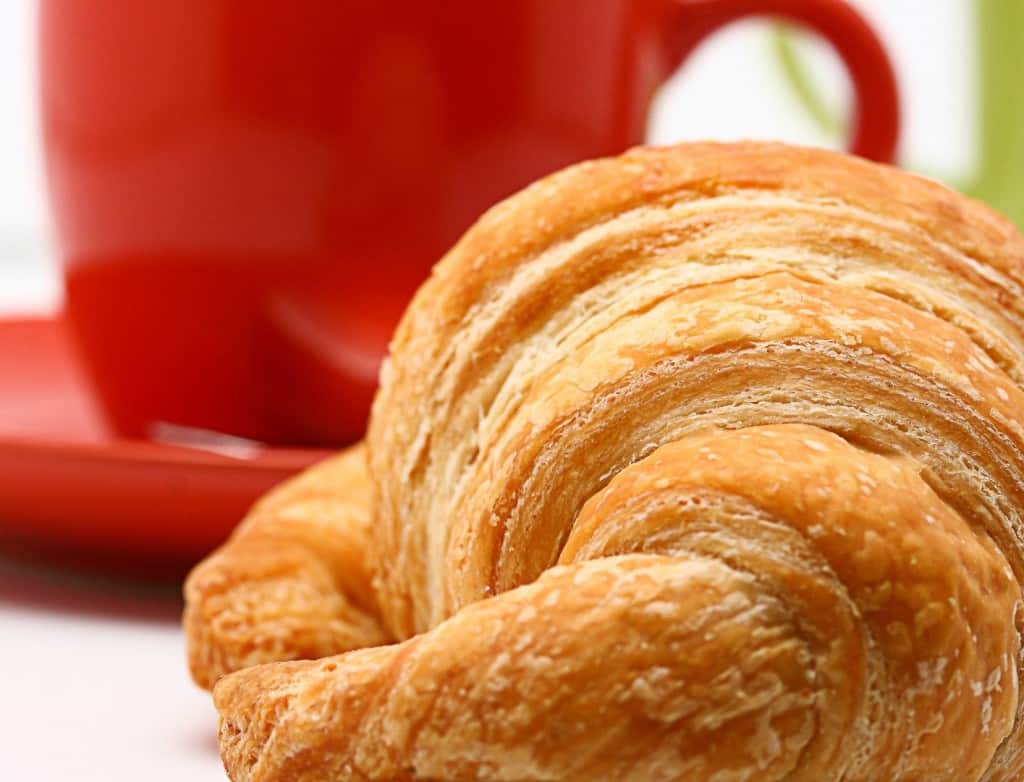 In America, when we’re talking about preservatives, we’re talking about food. There’s no mistaking it. What you’re eating either has them or it doesn’t. For the health conscious, they’re avoided at all costs, but could it be the healthier option? If you’re in France, why yes, it very well could be!

So next time you’re in Paris, rethink asking the baker if your croissant has preservatives.

When to Pass on Money 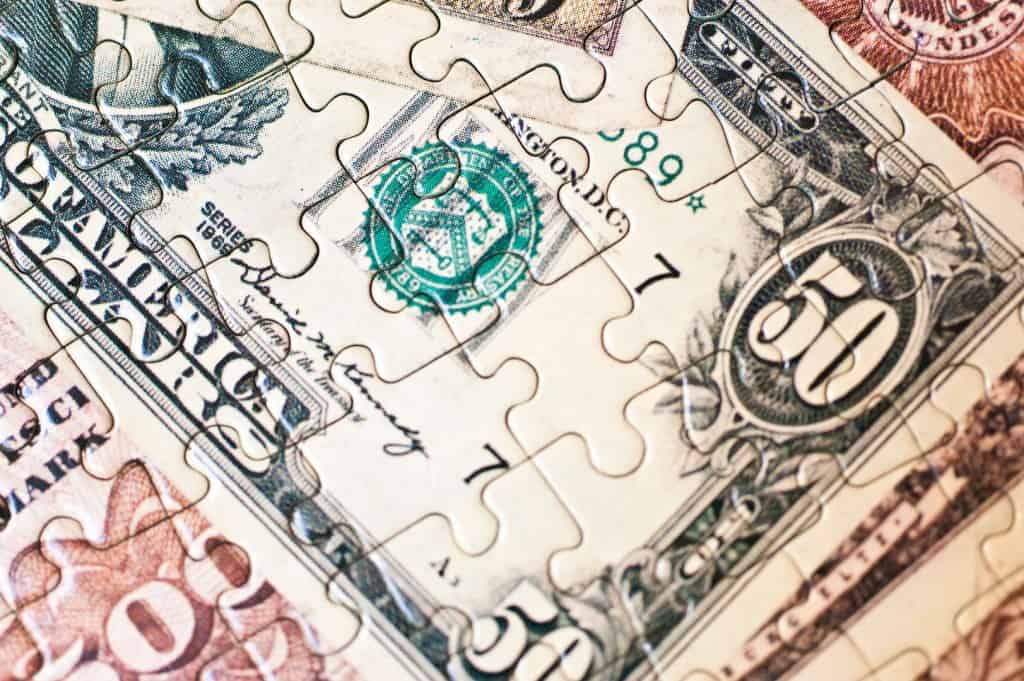 Payday is a joyous occasion! Time to buy some new shoes or head out for a nice dinner. Extra money can never hurt, right? Well, it depends on what country you’re in.

If you’re in Brazil or Portugal, it’s not the time to celebrate payday! Peidei (pronounced Payday in Portuguese) means fart.

Definitely a payday you don’t want to treat your friends with!

Kisses To Pass On 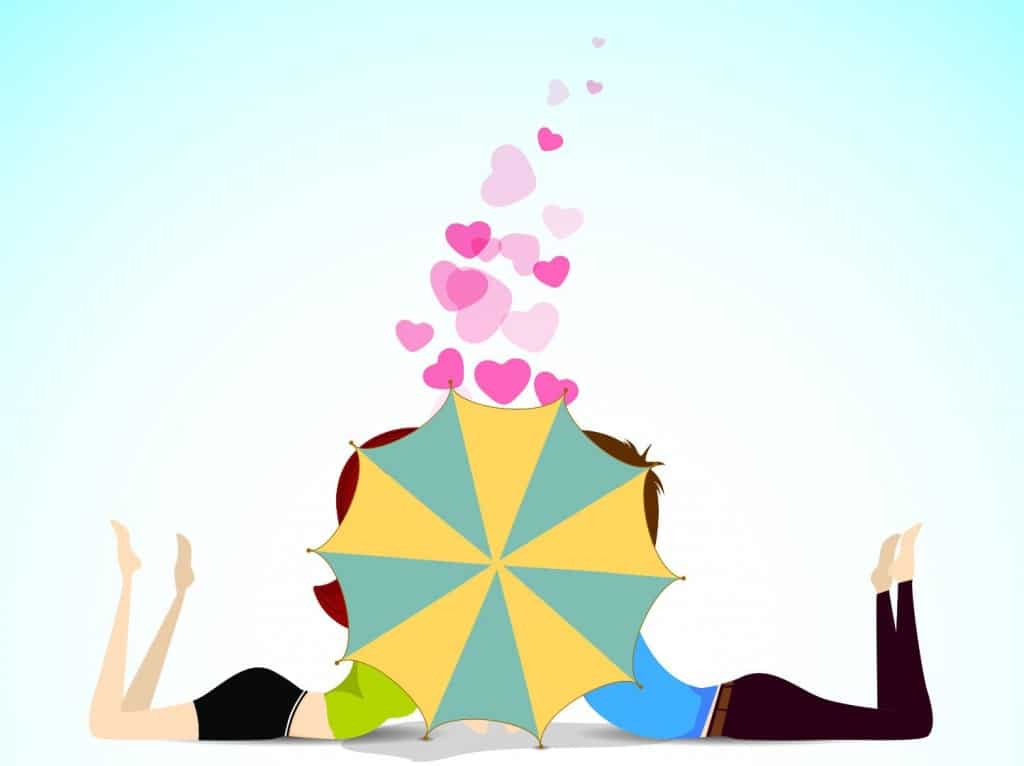 Sweet kisses… What could be so harmful about wanting to share those? In most places they’d be welcome. But there is a country where you don’t ever want to share a kiss. With anyone.

When in Sweden, avoid asking anyone for a kiss, since kiss means pee in Swedish.

However, it’s perfectly acceptable to ask them for a pussa since that, in fact, means ‘kiss’!

What’s Up With The Peaches? 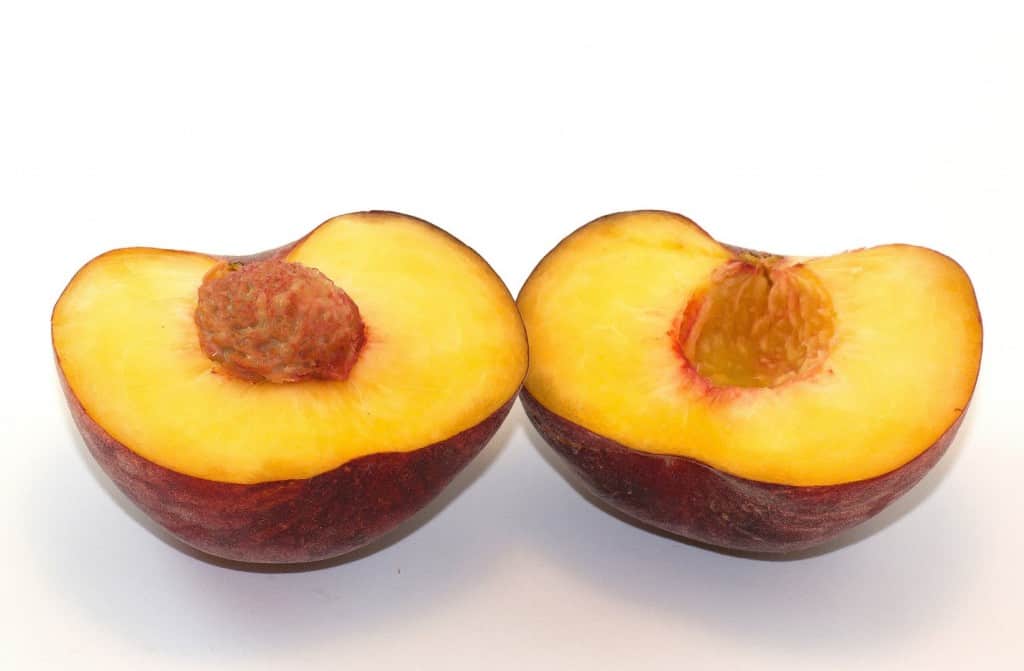 Well we’ve already established that being pretty as a peach is not a compliment in Turkey, but it’s also not something you want to talk about eating in the Czech Republic either. In fact, if you meet a stranger there who wants to talk about your peach, run, fast!

Not Everyone Loves Their Meme 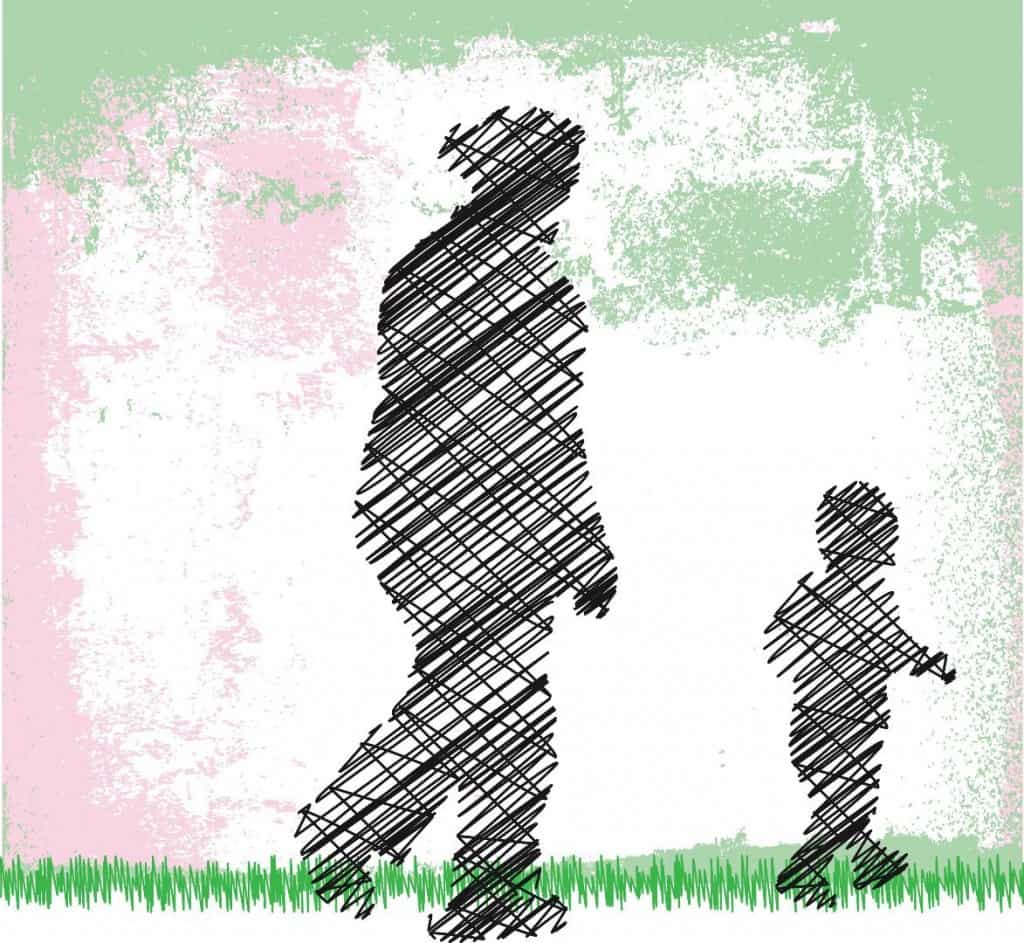 Meme is usually an endearing term for grandmother, so it’s rather harmless to love your Meme, isn’t it? While that might be true, it’s probably not something you want to announce to others when you’re in Turkey. And if someone asks to touch your Meme while there, quickly move away from them, as Meme means breast in Turkish. 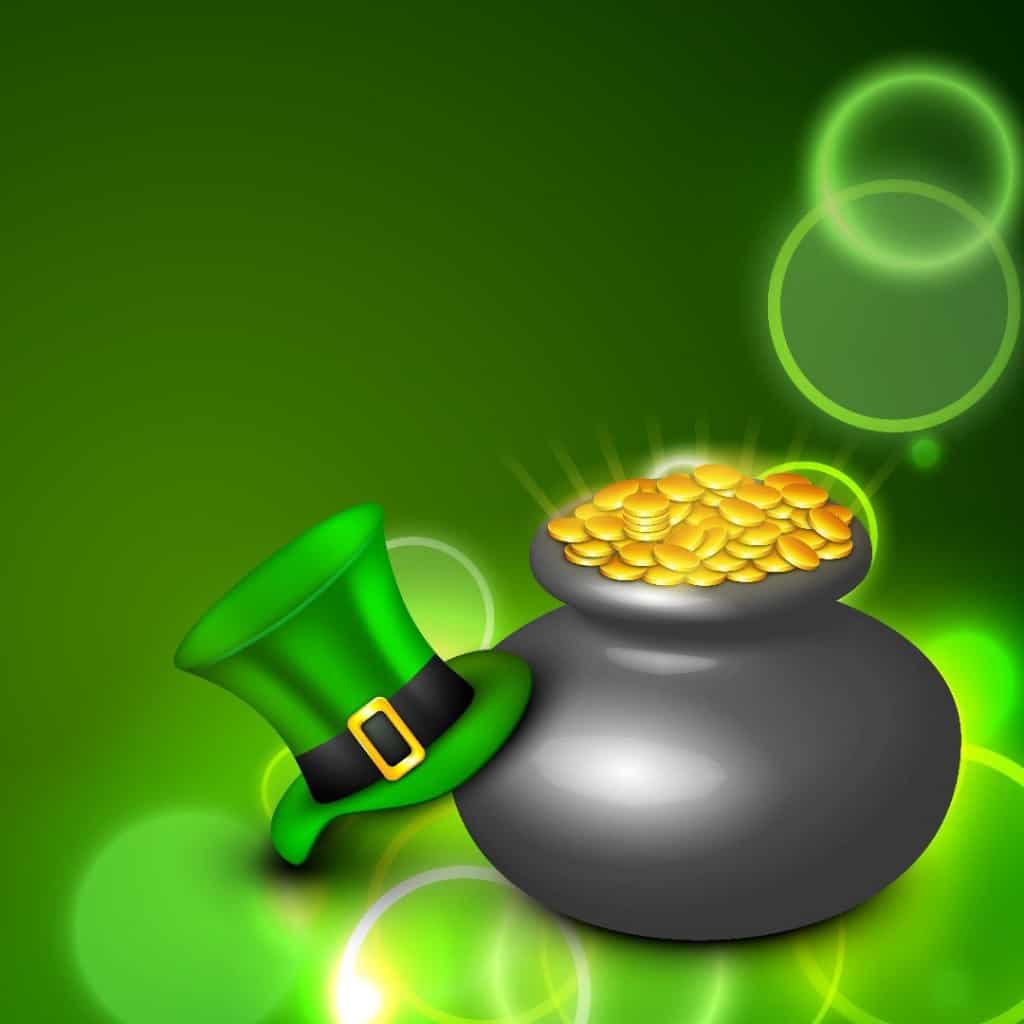 Mickey has a few meanings on this side of the pond. Right off the bat, a certain mouse comes to mind. It’s also a name (or nickname) here in the States. Sadly, it can also imply drugging someone by “slipping them a mickey.” But all in all, it’s not a “bad” word.

Unless you’re in Ireland, because there, mickey is the slang word for pe*is.

Next time you’re in Ireland, make sure your kids don’t go around telling locals about seeing Mickey.

The Hills Are Not Alive With This 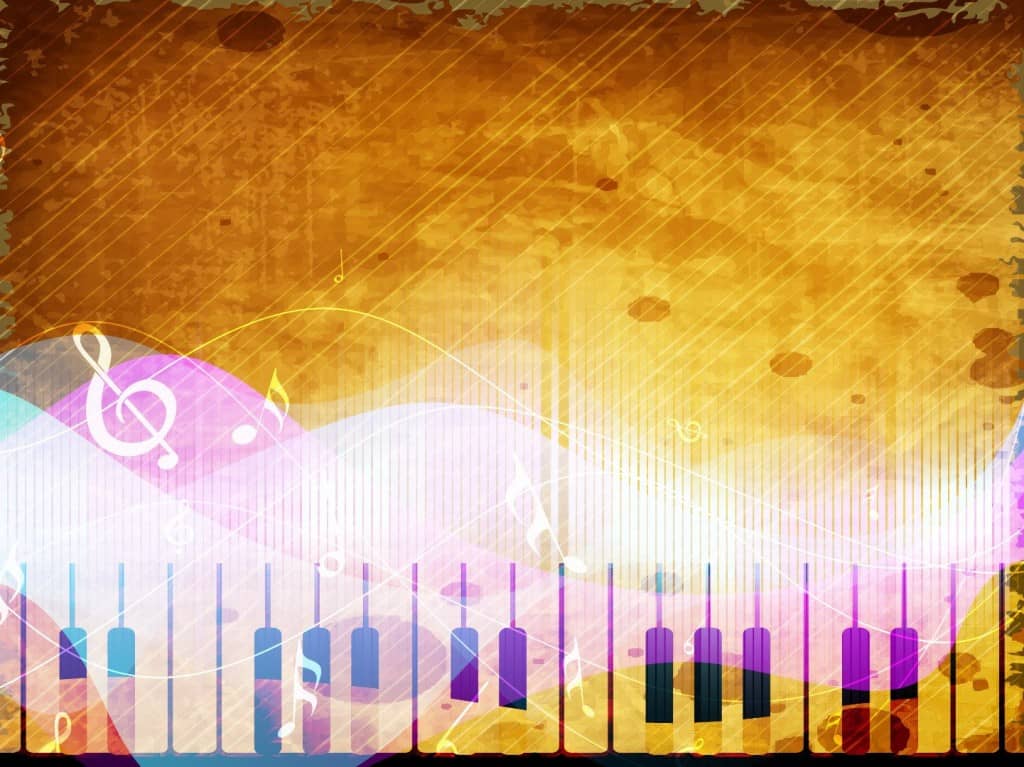 To sing is to be merry! And it’s one of the great pleasures of life. We do it alone, and in the shower. We do it with others when we’re happy. We pay to see others do it and we may even perform it.

However, there’s one country where you only want to do it alone. (And I don’t mean in the shower.) That would be in Burma. Because to sing in Burmese is to take a dump.

Definitely a performance you should attend alone.

Keep Quiet About These Winds 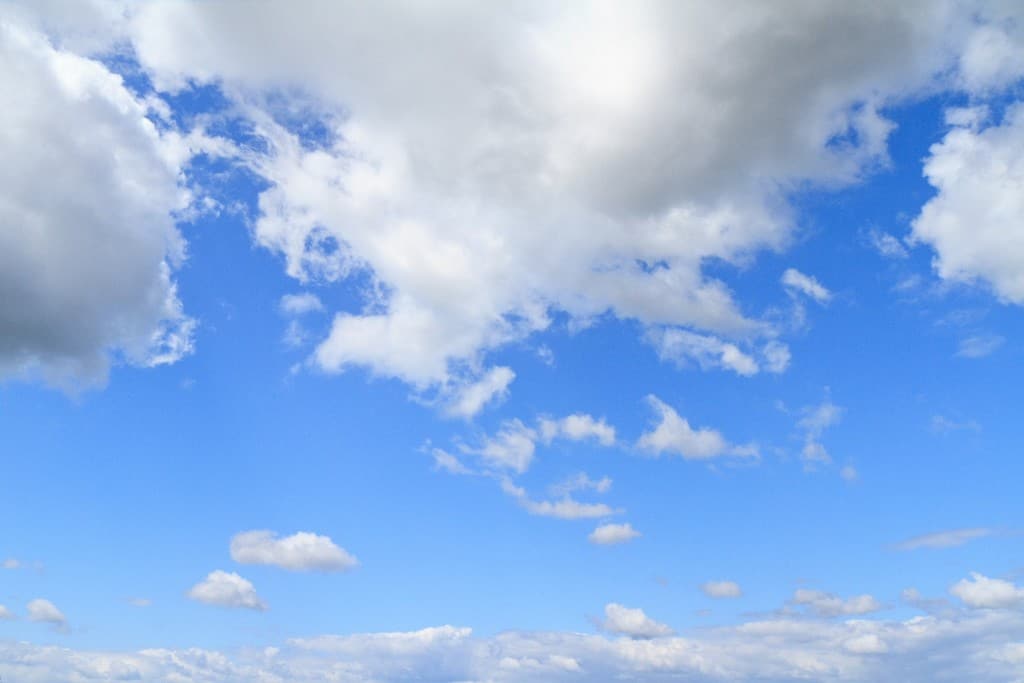 Because in Lebanon, the word air is slang for pe*is.

Now if you’re back at the hotel on your honeymoon, by all means, feel free to discuss the air at length. (But maybe not the length of the air.)

You Want to Use What On Your Guitar? 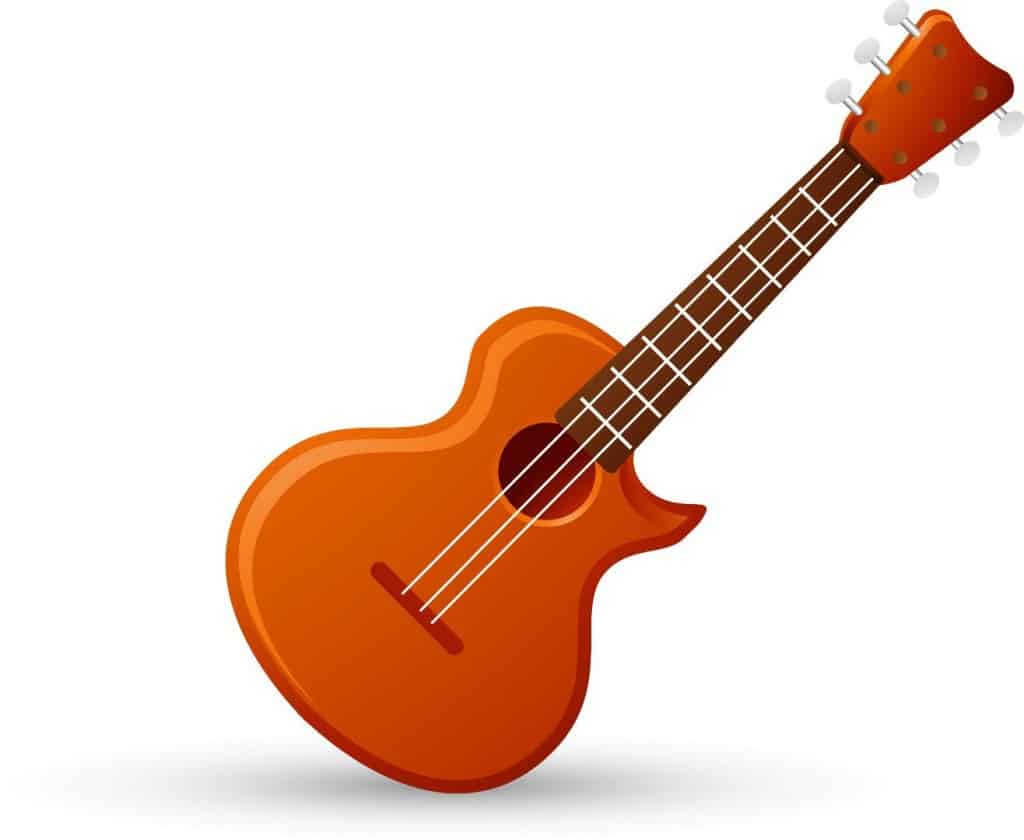 If you play guitar, no doubt you have a pic. It you have a rose garden and want to collect some flowers for your vase, you would, of course, pick them. Pic or pick. A harmless everyday word in English.

But not so in Norway. Pikk (pronounced ‘pick’ in Norwegian) means d*ck.

So when visiting, make sure you “plukke” the roses and you stroke the guitar with your “plekter.”