11 Of The Most Extravagant Celebrity Homes

Many of you have seen MTV’s Cribs whereby celebrities invite a camera crew into their home to essentially boast about their luxurious lifestyle. As much as we like to roll our collective eyeballs at how stupidly wealthy these people are, the truth is that most of us would do anything to have their income and fabulous mansions.

Here we test how envious our readers can be by presenting eleven of the world’s most exquisite celebrity homes. As you scroll through this list of extremely extravagant homes owned by the wealthy and famous elite, try not to seethe too much or bite your knuckles in vicious jealousy. 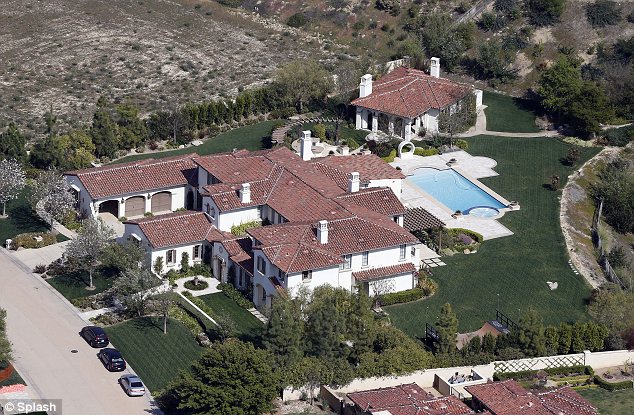 Love him or hate him (face it, most of you hate him don’t you?), it’s difficult to hide the envy with this one when you consider one of the youngest performers in the world lives in a place like that. 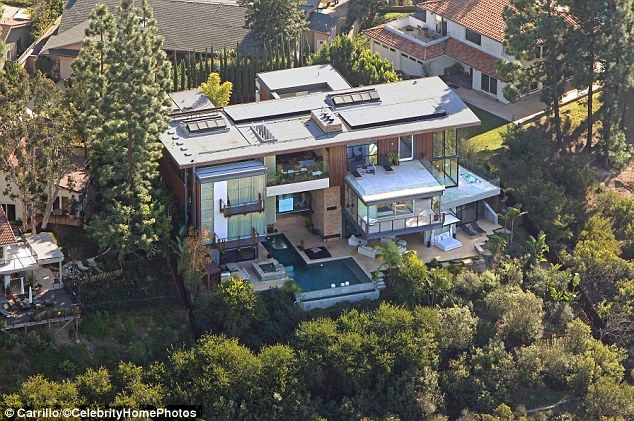 The Two And A Half Men star bought this in 2002. As well as the usual trimmings of a celebrity home (multiple bedrooms, gym etc), it also boasts a floating dining room. 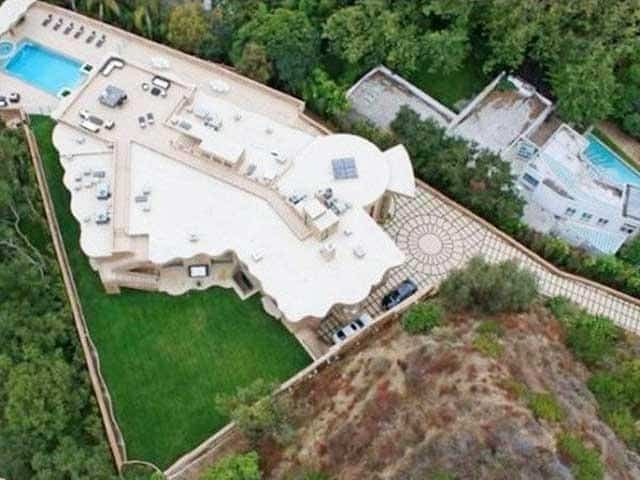 The singer summed it up best on her Twitter account: “I literally wake up every morning at 5:30ish and stare at my pool til [sic] the sun comes up! Just waiting! Is this my life.” 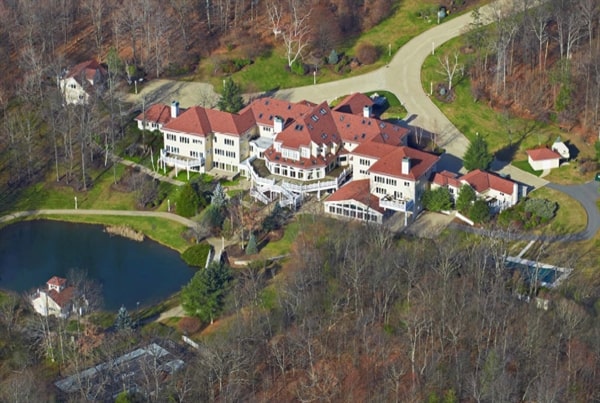 Despite blowing an absolute fortune on this gorgeous mansion, 50 Cent (real name: Curtis James Jackson) says he is trying to sell it as he travels far too much to warrant owning such a luxurious home. 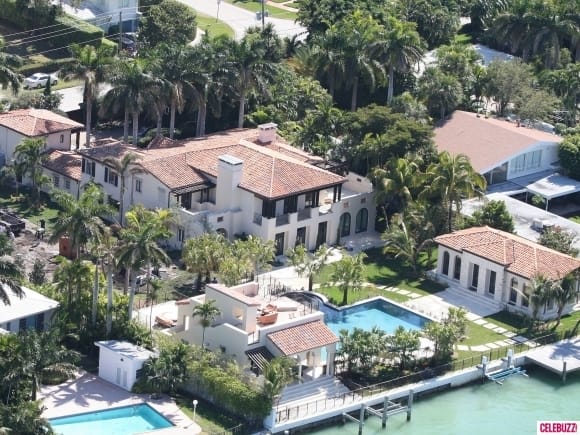 The Hollywood actor’s home features its own guest house, nine baths, a home theatre and a master bedroom with a private terrace and spa bath. How do celebrities ever manage to get any work done? 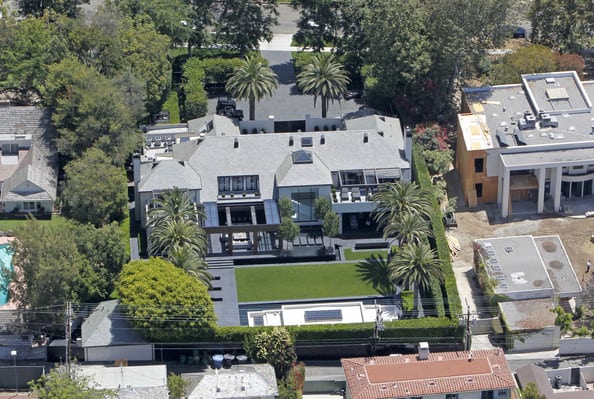 Despite being one of the most hated TV personalities, you’ve got to admire this Californian home. The music businessman enjoys his own gym, media room, spa and solarium (yeah, we had to Google it as well). 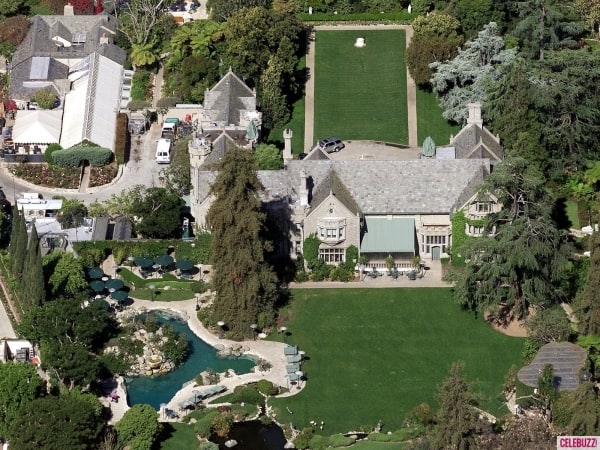 Are you ready for this? Hugh Hefner’s Playboy Mansion has the following features: wine cellar, game room, zoo, aviary (even a pet cemetery), tennis courts and a swimming pool area with a waterfall. The mansion has 22 rooms in total. 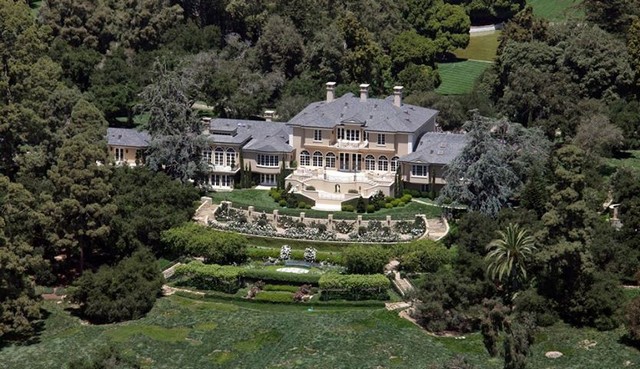 Titled “The Promised Land”, it probably wouldn’t surprise you to learn that America’s most famous television host owns more than just this $55 million mega mansion. 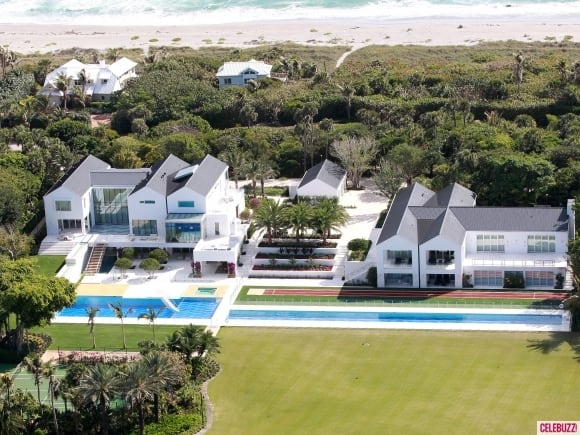 The professional golfer knows how to live. This massive home backs onto private boat docks where his 155-foot yacht is kept. And before you ask, yes the home does have its own golf course. 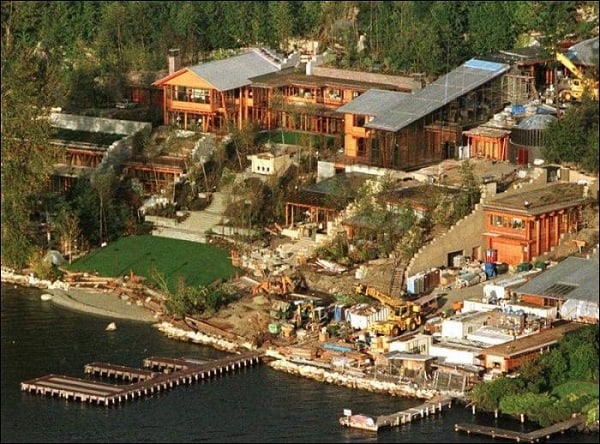 While it looks like the world’s most expensive building site, all it says to us is that one of the world’s richest men is simply not satisfied with the size of his home. However, it pales in comparison to…

While not a celebrity in the obvious sense, Petra tops our list by the sheer value of her opulent mansion. Just look at these pictures: 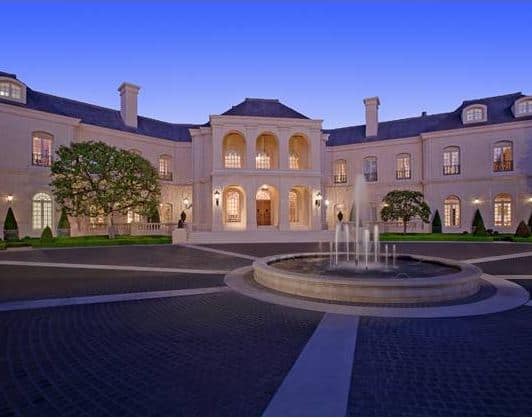 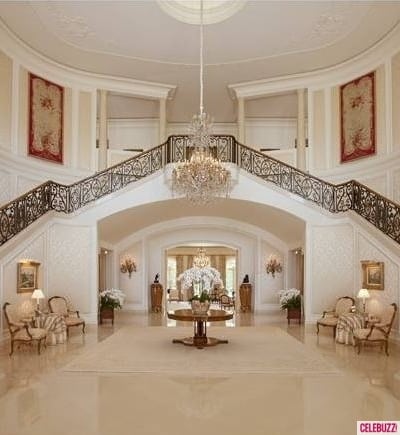 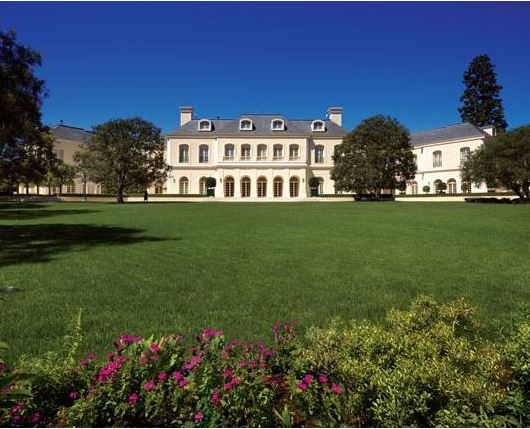 The British-born heiress and fashion designer has her own butler, several housekeepers and body guards. She also has a collection of cars that would put Jeremy Clarkson to shame.