When people asked extraordinary tight-rope walker Philippe Petit why he crossed the twin towers without a safety net, he simply replied by asking the question “Why do you need a reason to do something special?” This is the kind of thinking that powers the actions of great minds and daredevils. This is the reason people scale mountains and jump off planes. We humans always strive towards the impossible, not because we can, it is because we must. Human cage attractions are another rare form of daredevilry, where people bare themselves to the elements and an overwhelming threat. This list contains pictures of 10 of the best and scariest human cage attractions in the world.

Who Is The Attraction? 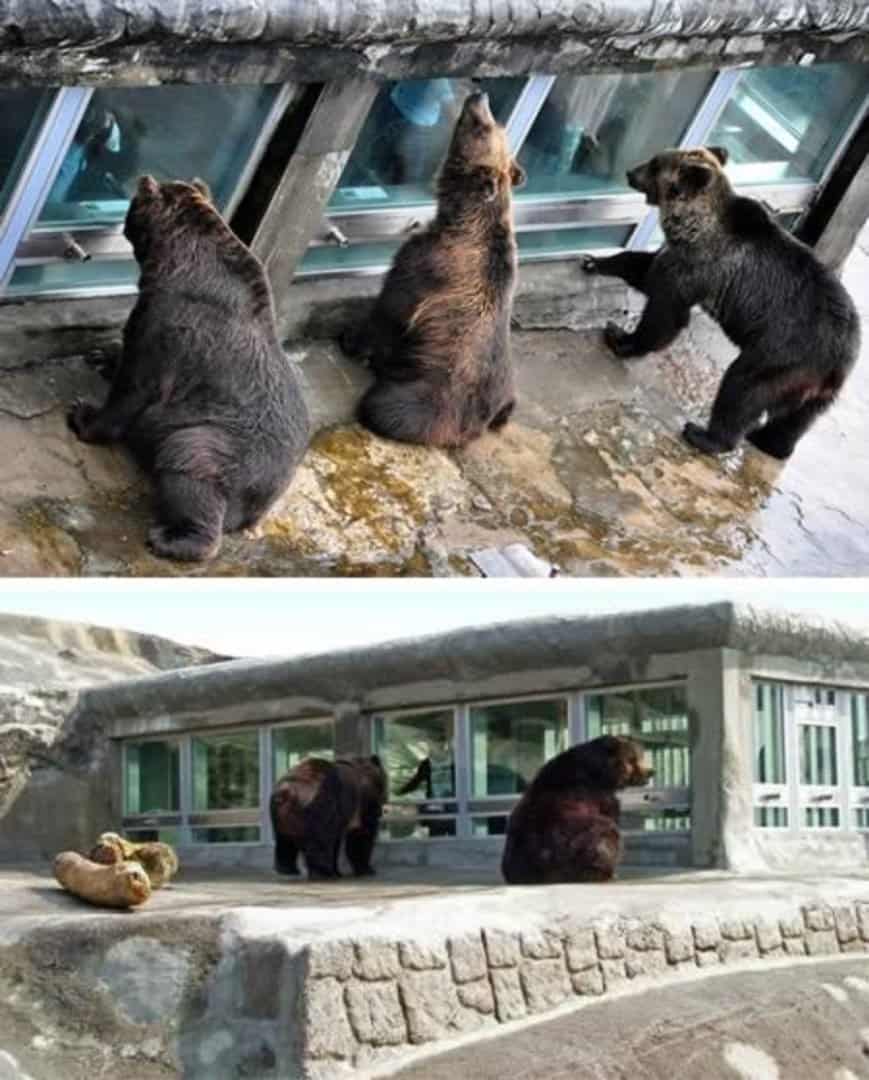 Noboribetsu Bear Park is a novel place where over 200 bears are left to roam freely, and the humans are put in a cage to observe the animals. You can find this park on Mt. Shihorei to the east of Noboribetsu hot springs in Japan. 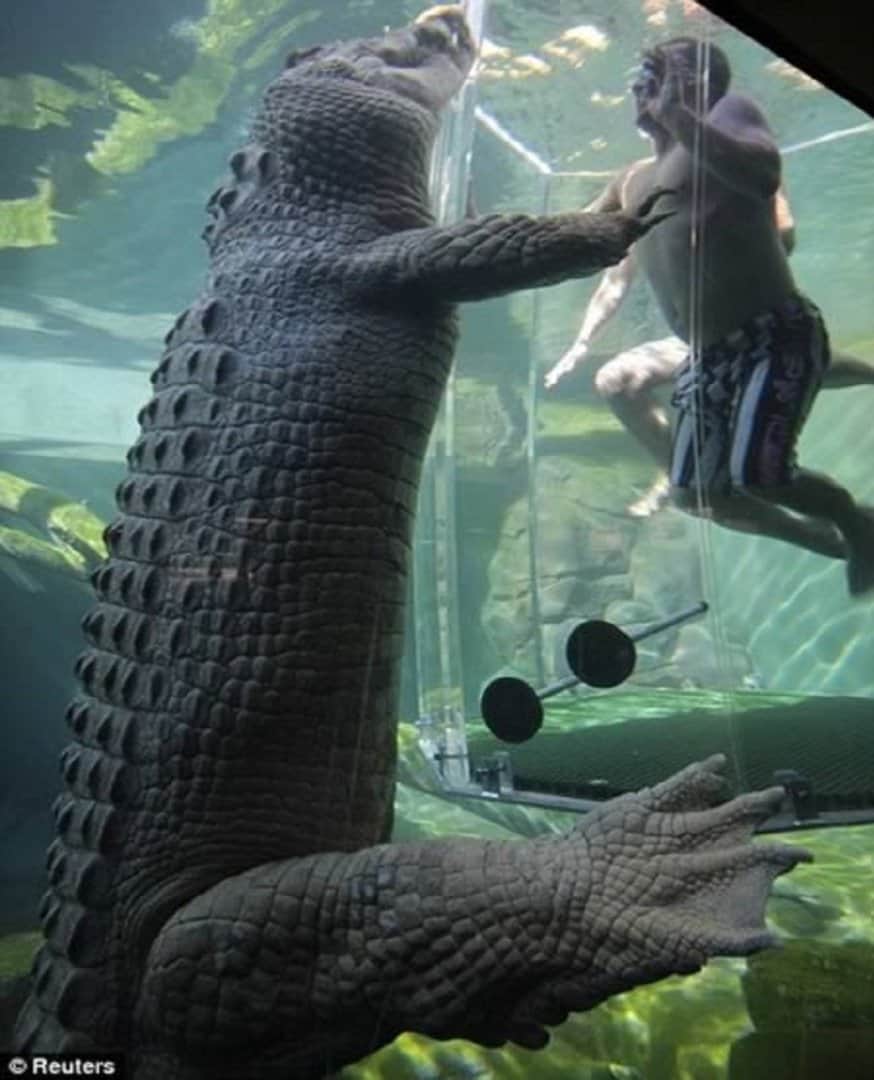 This new attraction in Australia is called the cage of death. Brave hearts now have a chance to swim with a saltwater crocodile, being separated by nothing but a 4 centimeter acrylic cage. This is a rare and unique chance to get up close with one of nature’s deadliest killers.

You Are The Bait 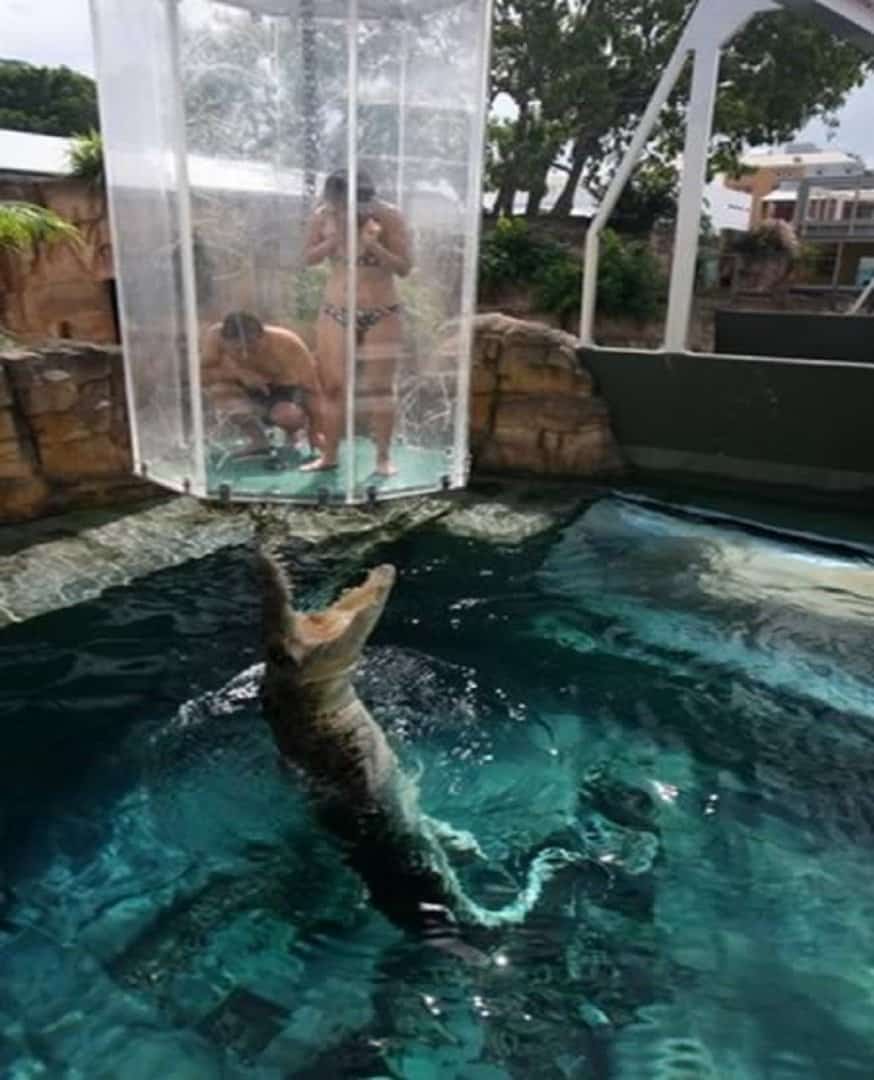 This attraction gives you a feeling of being a part of a Bond film. You are the bait, and the crocodiles below are very hungry! 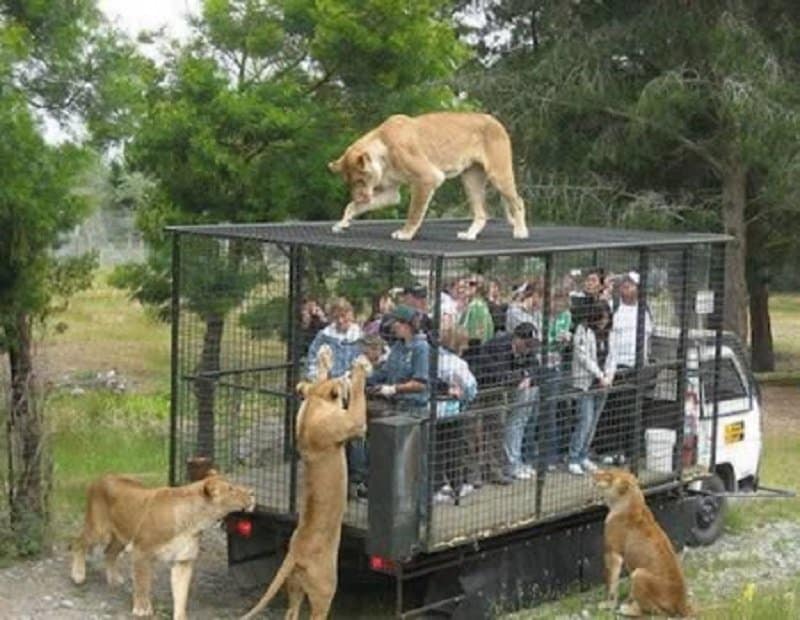 You can either put the animals in a cage, or the more humane way would be to put yourself in a cage and observe the animals. This zoo had the idea and it seemed to work out well. 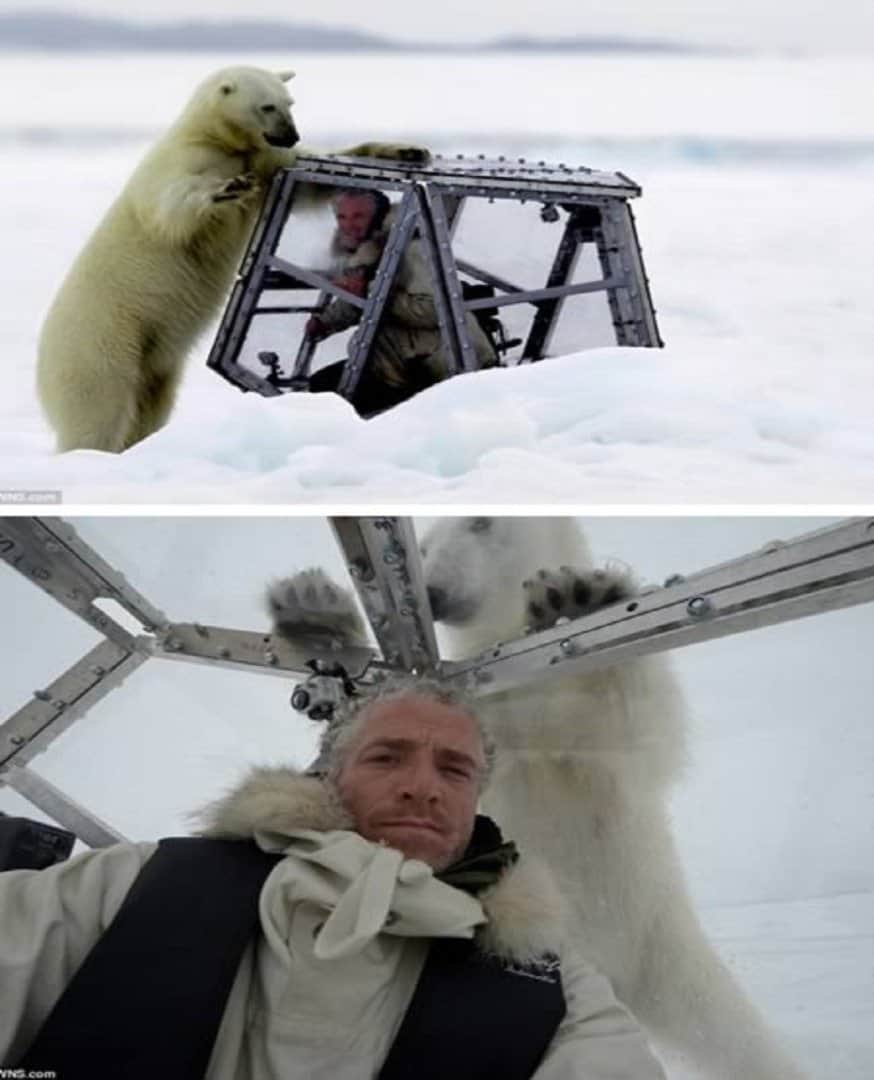 Mr. Buchanan is a filmmaker who became famous for surviving a continued 40-minute assault by a polar bear in Norway. The wildlife expert said that the bear kept searching for weak spots on the shark cage, but quit after a lengthy and brutal attempt at shattering the glass. 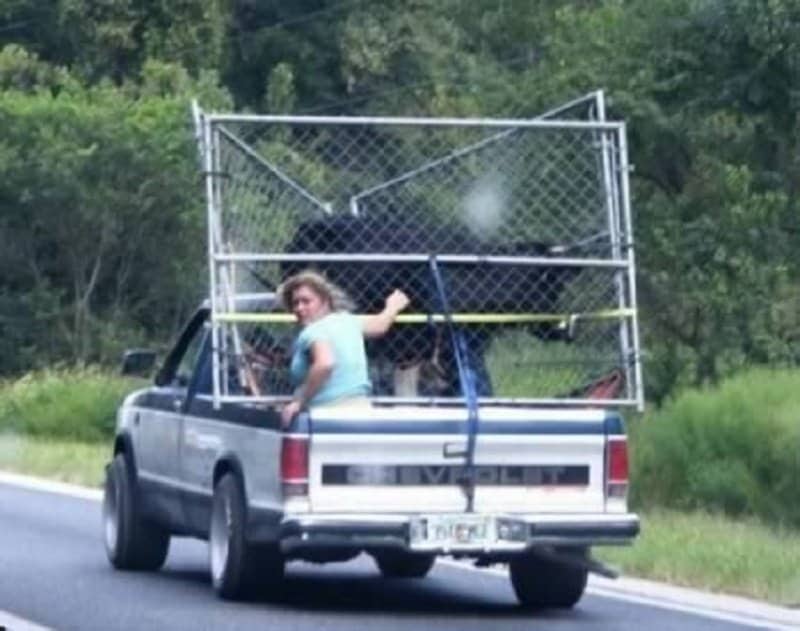 This may not be the best way to transport a bull, but some red necks just don’t care, do they? 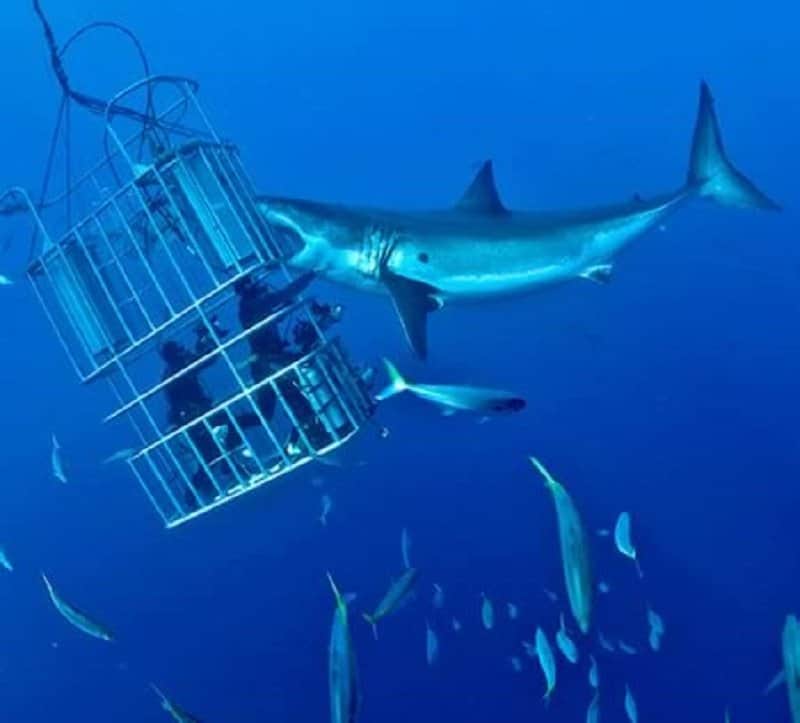 Coming in contact with a great white shark could be a great big mistake, but this scary attraction in Guadeloupe islands in Mexico gives thrill seekers a rare opportunity to embrace the might beast. 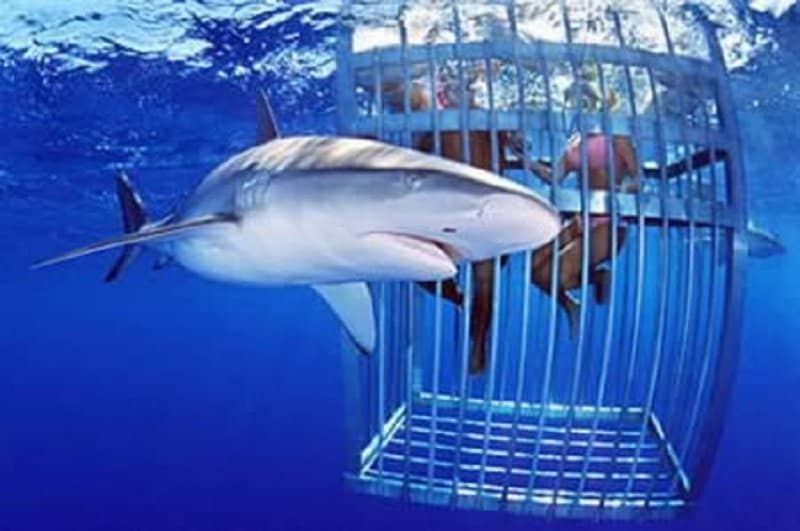 The Australians really like observing animals in cages apparently. This is yet another experience exclusive to Australia, where you can swim with the fishes and live to tell the tale. 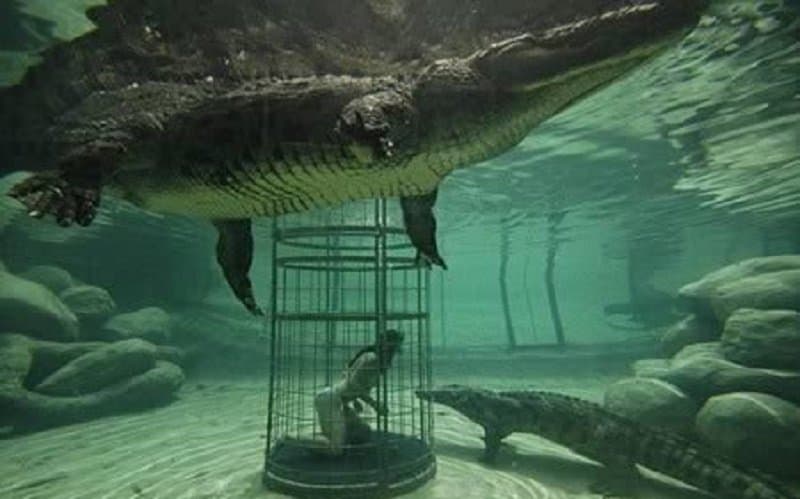 Watching two crocodiles swim around you menacingly might be the scariest thing in the world. This cage looks too flimsy to hold off the monsters, but every participant in this event must be hoping the crocs don’t try to push the cage’s limits.

The Illusion Of Death 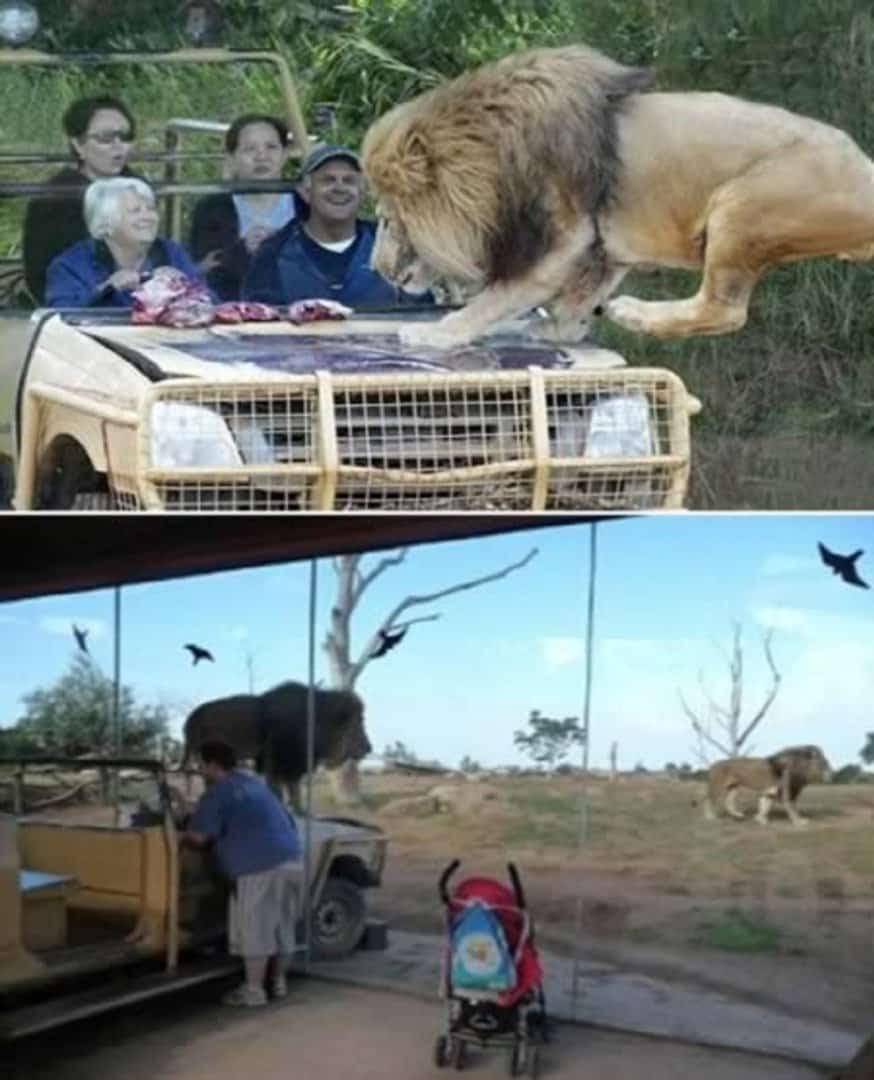 This new exhibit makes it look like the lion is jumping onto your jeep in order to get some grub, but it is all just a careful set up to make you feel like you are in the wild. The participants wouldn’t be laughing if the lion was really on their hood. In fact, one of them would definitely need a new pair of pants.