The Internet is a wonderful thing, primarily because we can share all our successes with those we care about. The problem is that while we may not want to actually share them with anyone, the web can also be used to share some pretty spectacular failures. Sometimes we do it intentionally, and sometimes other people share this information without our knowledge and without our permission. It is, of course, best when we share our incredible failures without even knowing we are doing it. Check out our list of 10 people who failed so hard you’ll almost feel embarrassed for them and let us know which one really stands out to you. 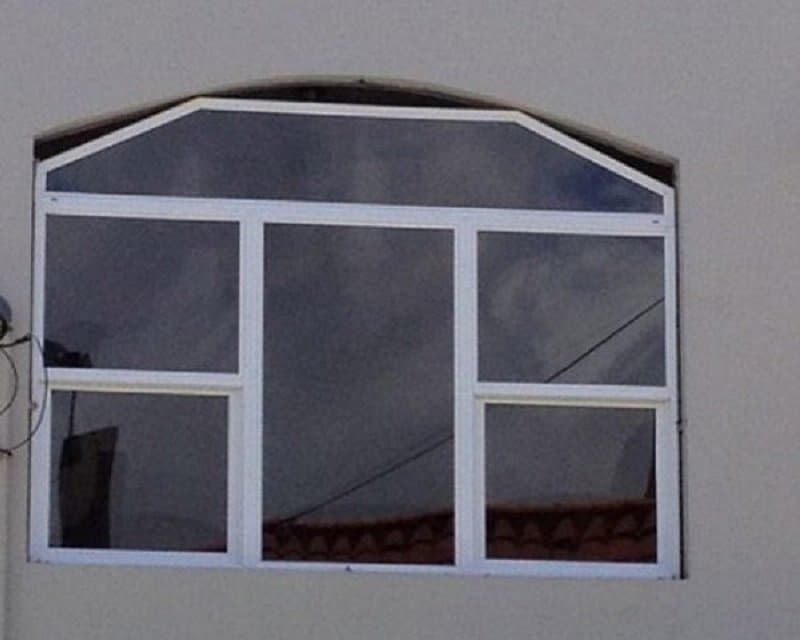 This window looks like it should indeed fit that space, until you take a real look at the space the window is being put into. We just wonder how long it took the owner to figure out the window was wrong.

What In The World Is Wrong With Westport? 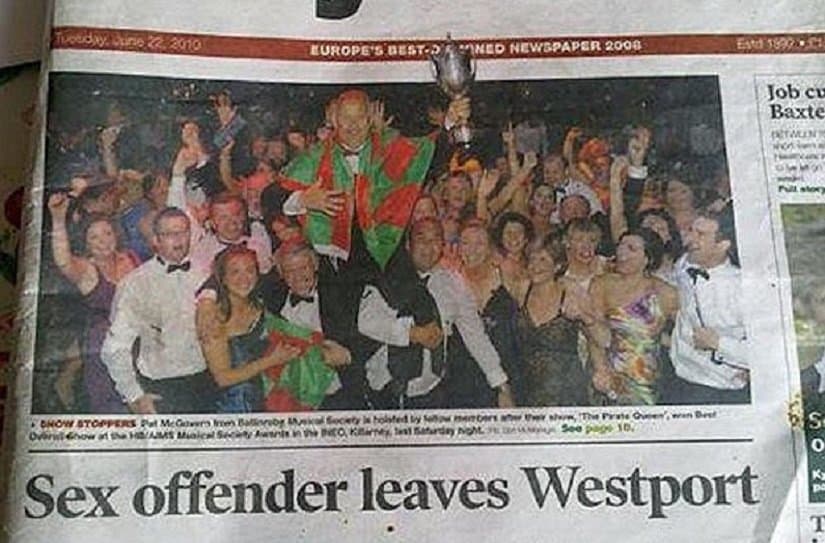 Sex Offenders are no laughing matter. Unless of course the local newspaper has formatted their front page in a way where it makes it look like an entire town is carrying one in celebration. Then you can point and laugh at the paper.

We Hate It When It’s Not Food Too 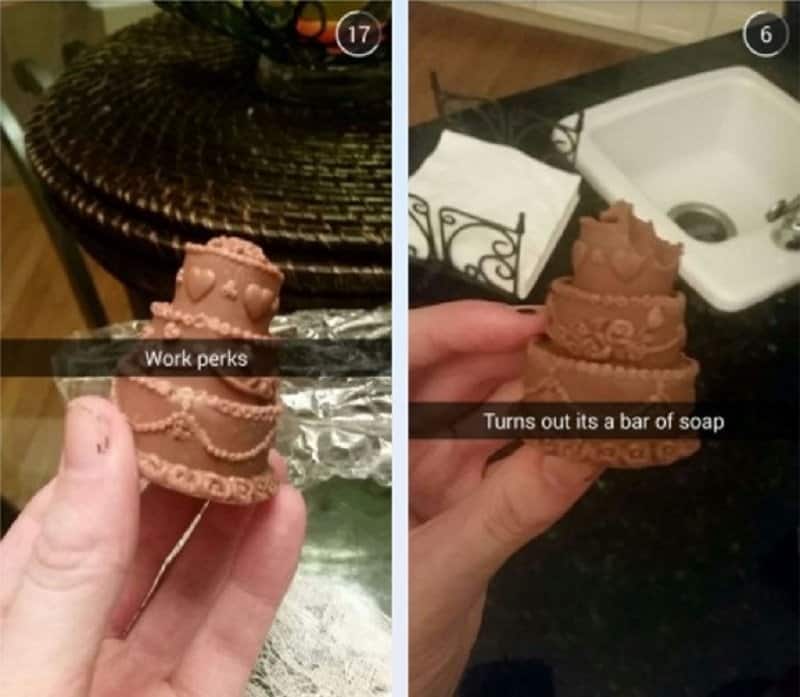 The best part about this person taking a bite of a piece of soap, is the employee probably should have known it was a bar of soap right away.

That’s Not How It Works 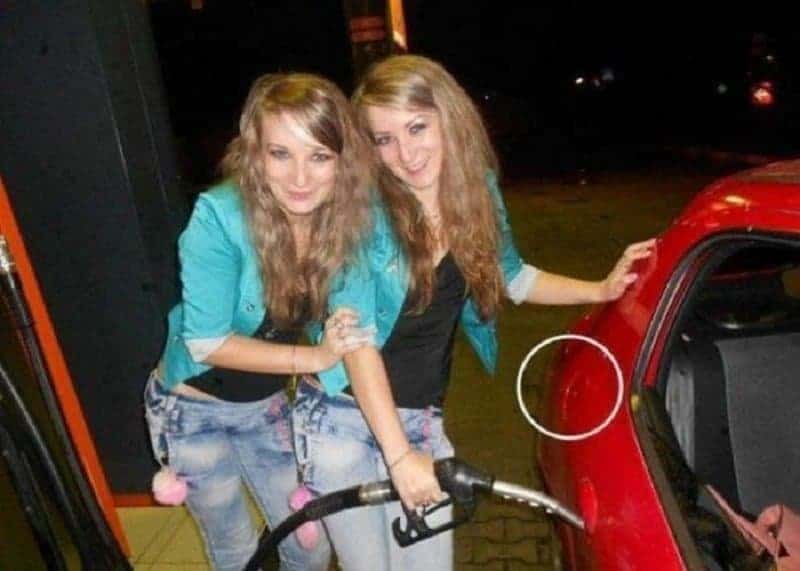 In order to gas up a car, you can’t just put the gas on it. That’s the whole purpose of the gas tank opening. The wonder twins powers of observation did not activate for these girls.

We Assume The Rest of the Day Was As Planned 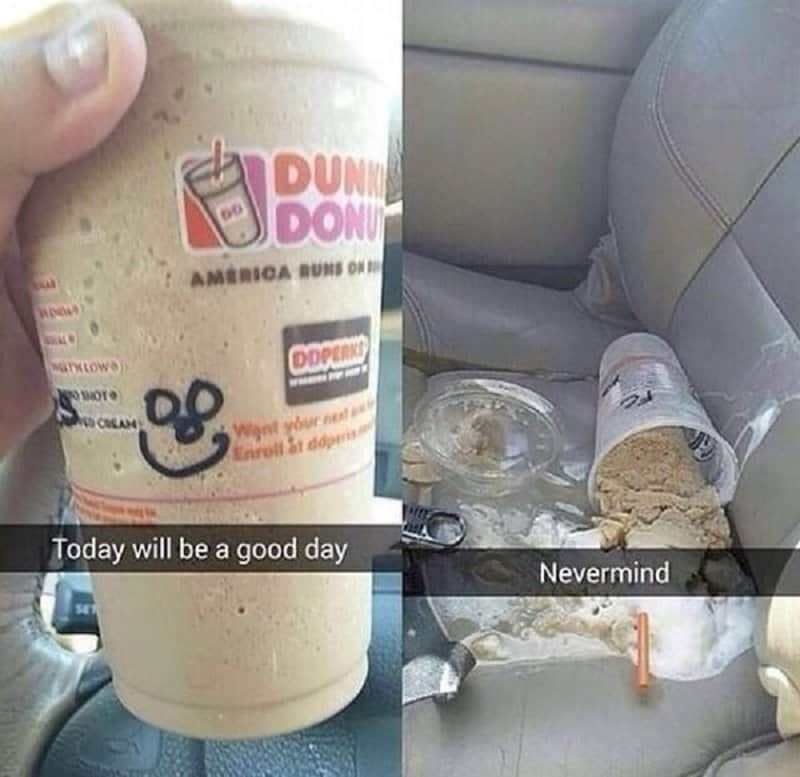 There may not be a better way to underline a fail than this apparent snapchat. You can almost hear the person who took these photos sigh. 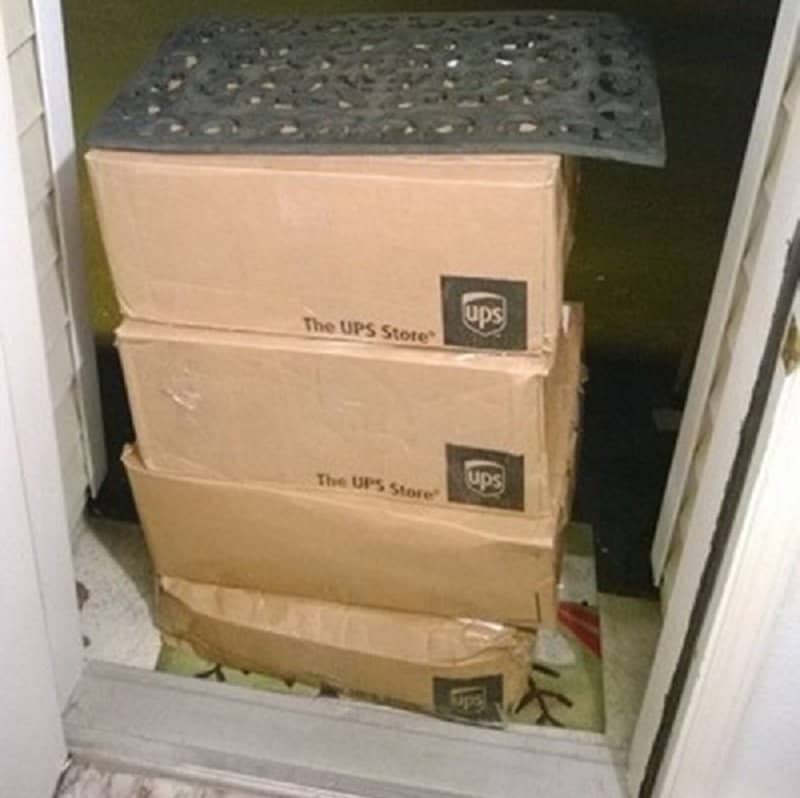 The UPS delivery driver apparently felt this was a proper way to hide the packages until the owner came home. He put them under the mat.

So Much Fail In One Tattoo 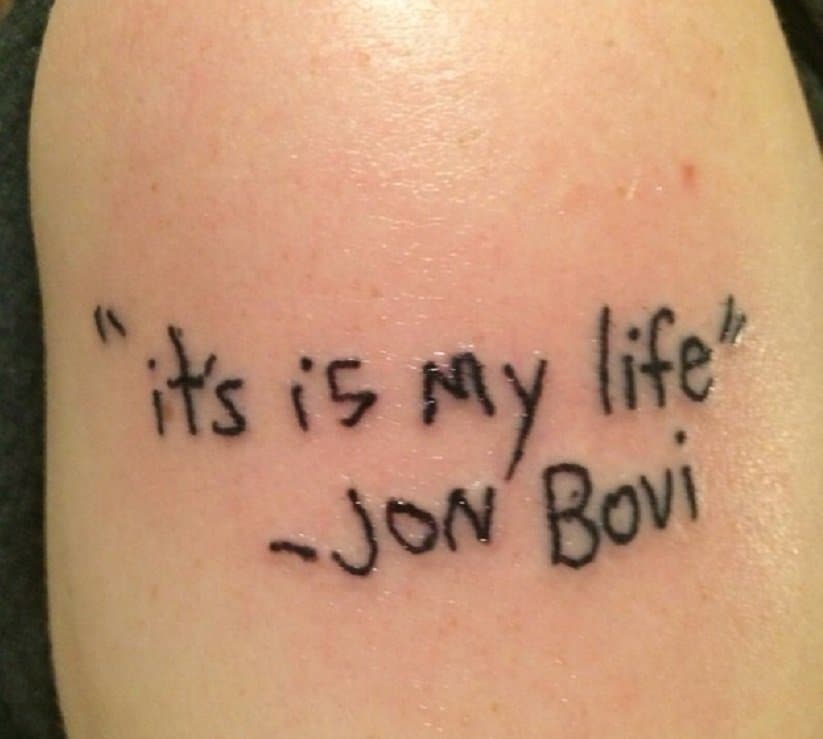 Where do we start? The obvious place is with the “it’s is.” Then of course there’s the crudeness of the tattoo and the fact that it’s actually hard to read. Also, who’s Jon Bovi?

That’s Not How It Works Part 2 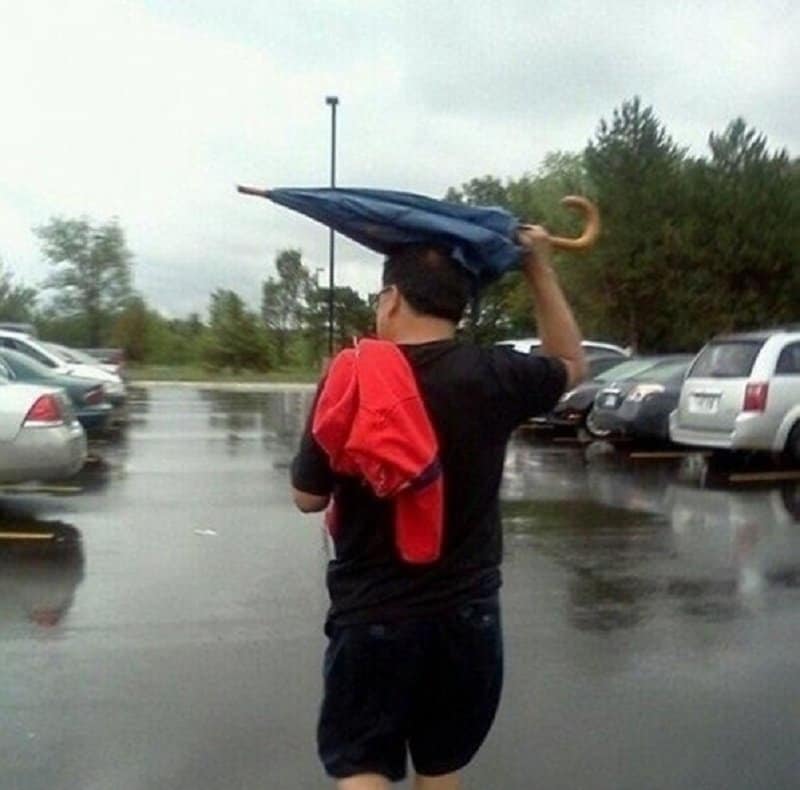 This man doesn’t quite seem to understand how umbrellas work. At the very least he doesn’t understand there’s a way where it will work quite a bit better. 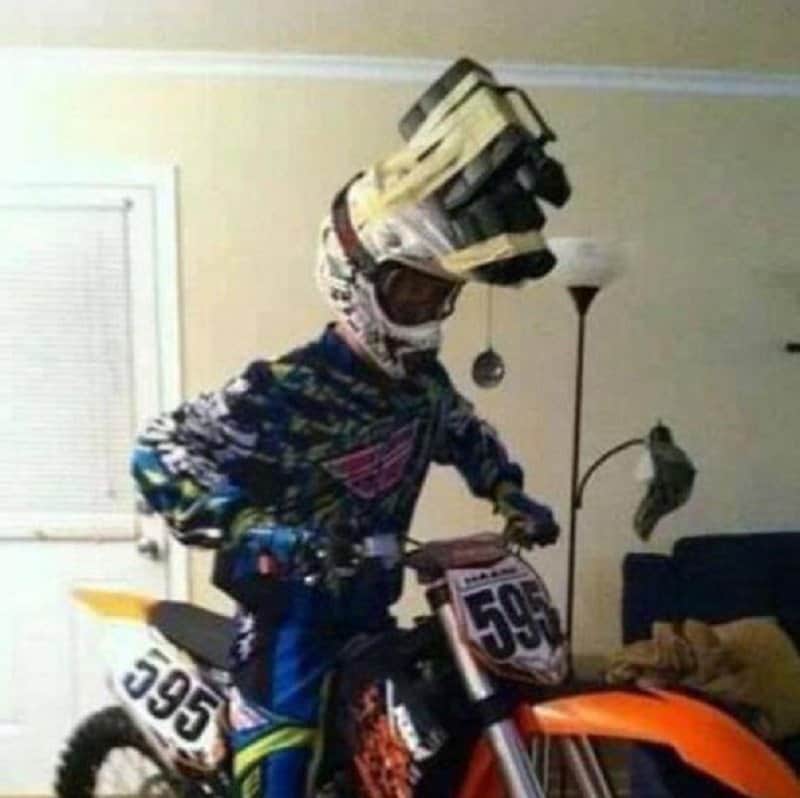 This dirt biker has found a way to get around the considerable cost of buying a Go-Pro. We wonder just how hard it is to keep his head steady during a ride. 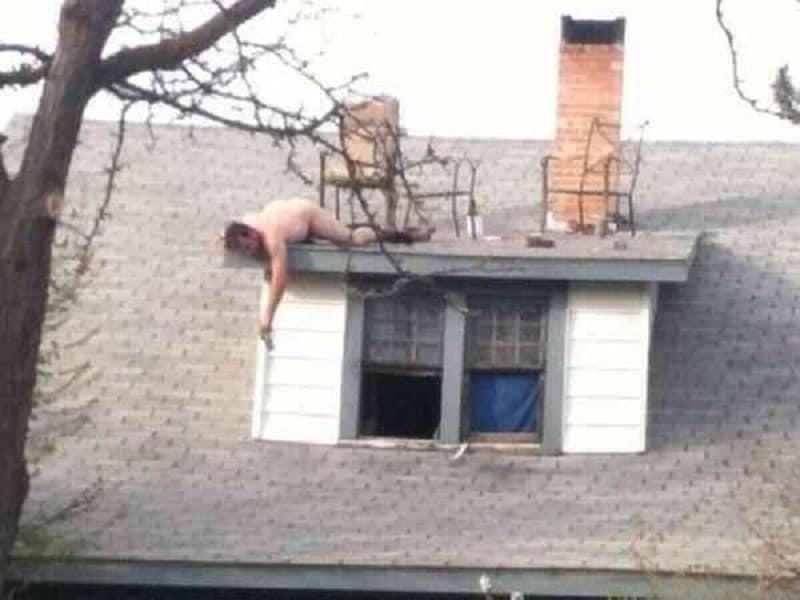 Yes there are chairs set up on this “balcony” but that doesn’t really explain why the man is completely naked nor why he appears to be passed out up there.