10 Of The Strangest Currencies From Around The World

The economic system is nearing a meltdown that seems inevitable at this point. Ever since money was first printed a long time ago, there seems to be some problem or the other related to it. The monetary system faces its greatest challenge at this point and it is interesting to note how every country in the world is dealing with this problem. If you look at money without the ensuing system that follows it, it is basically just a tender for exchange of goods and services. Unfortunately things can never be that simple, and currencies around the world change and reform to match the flawed system. Sometimes though, currencies can be quite interesting and unique. This list features 10 of the strangest currencies from around the world. 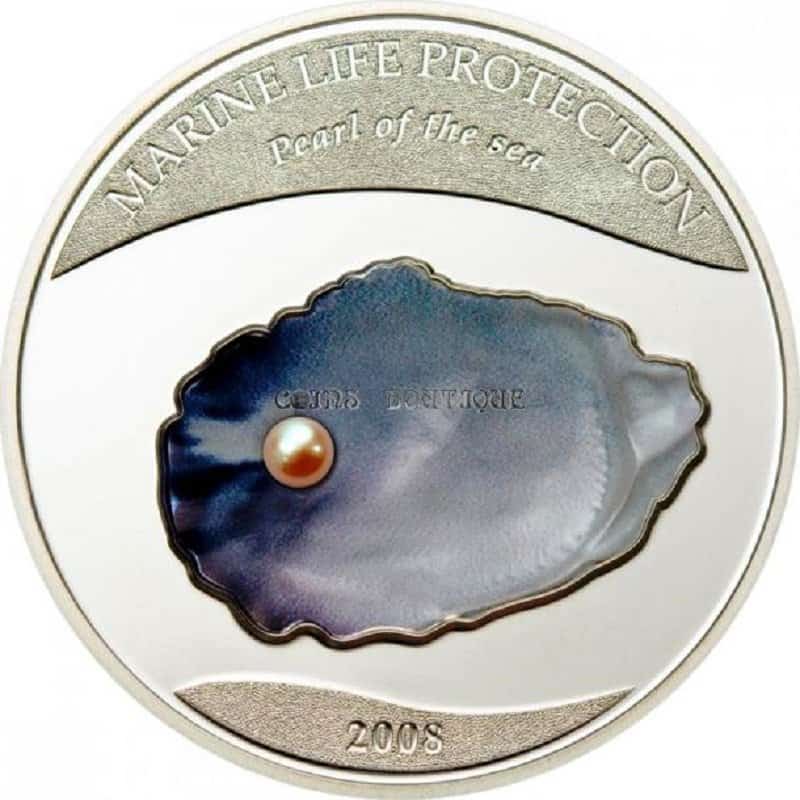 This is a unique and intricate coin design that can be found in the Republic of Palau. These coins actually have freshwater pearls in them and is supposed to be a lucky symbol that brings you happiness. It is a part of a limited series that was created to raise awareness regarding marine wildlife protection. 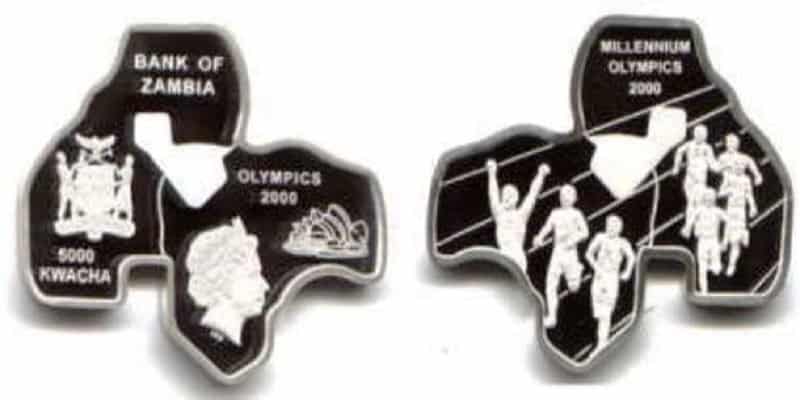 Believe it or not, this is an actual shape adopted for a coin. It contains one troy ounce of silver and was created to commemorate the 2000 Sydney Olympic games. 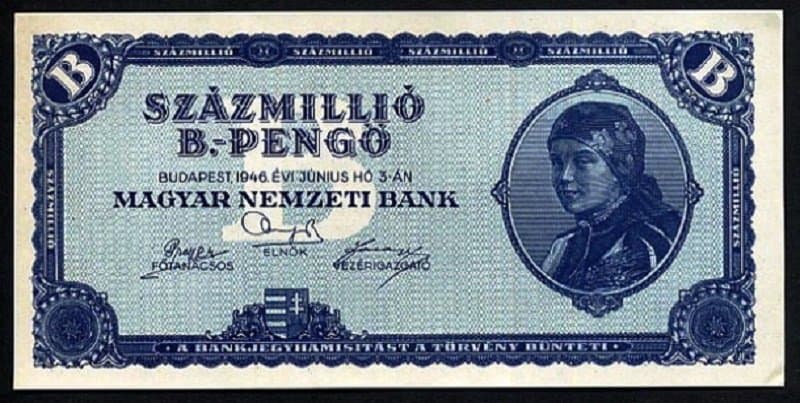 The Pengo, Hungary’s previous currency, suffered its worst drop in 1946. The Hungarian bank issued this hundred million billion pengo bill during this period, but unfortunately this bill was only worth about 20 cents. Later that year, the Pengo was replaced by Forint. 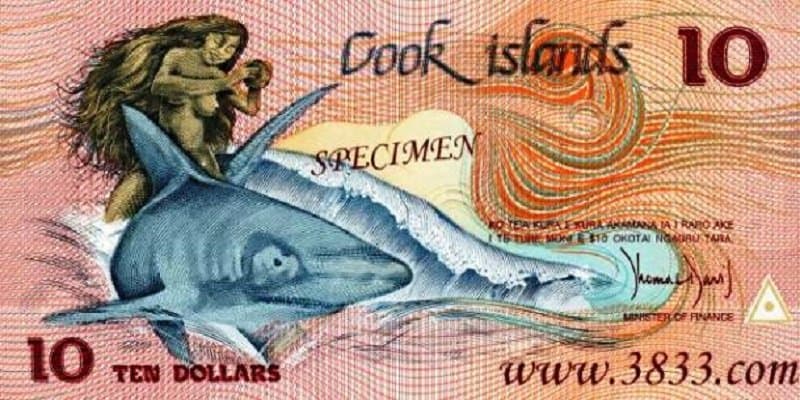 This hilarious bill was printed by the Cook islands and is used as their 10 dollar bill. As you can see, this tasteful note actually uses the image of a topless woman riding a shark. 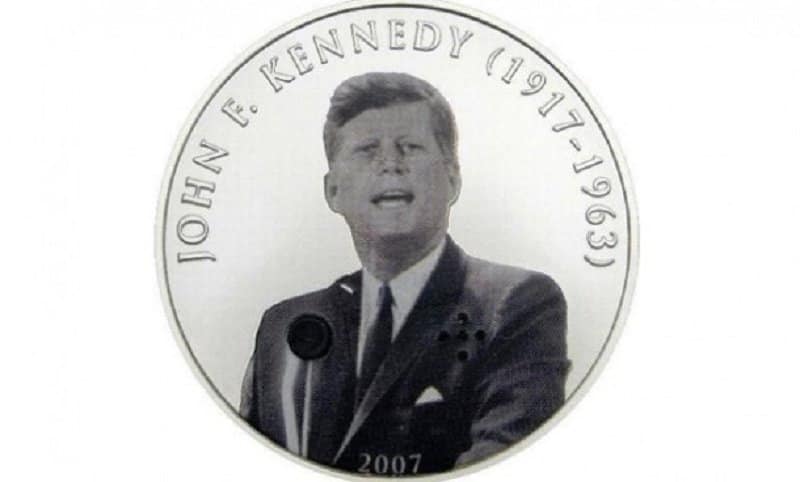 Mongolia issued an extremely unique set of coins in 2007 with the image of John F. Kennedy on the back. The coins had an actual button which when pressed would recite the president’s famous speech. 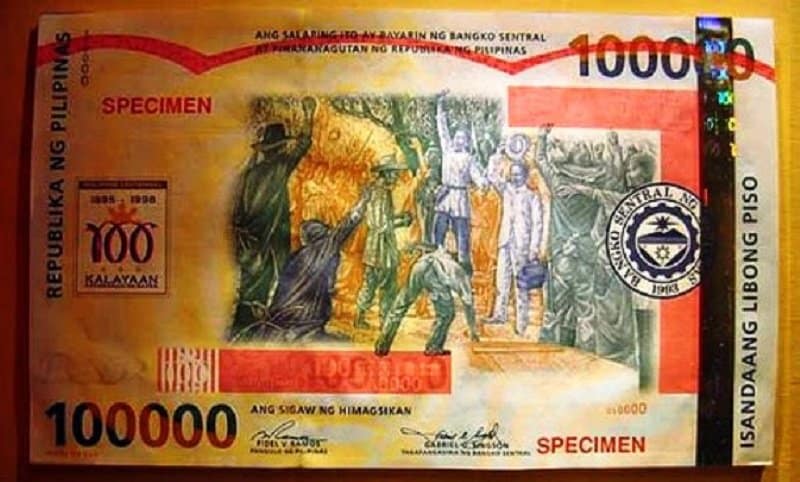 The Central Bank in Philippines issued this bill in 1998 to commemorate the Philippine Centennial Celebration. This bill holds the world record for being the largest banknote of legal tender in the world. 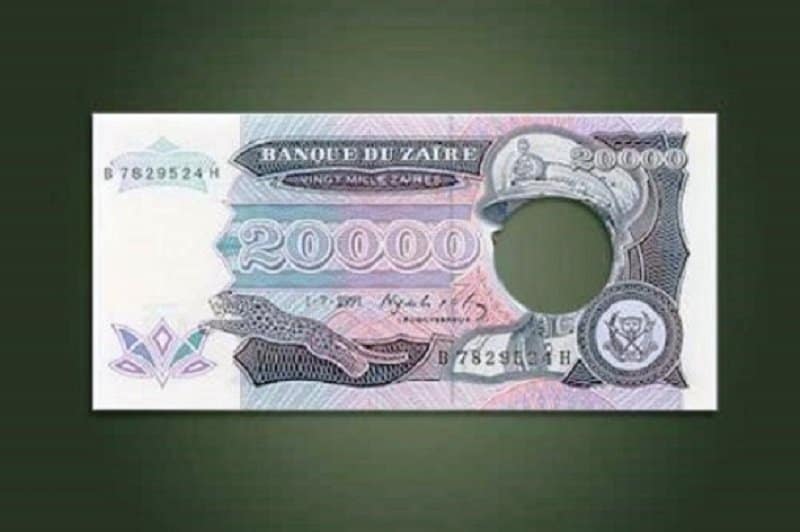 There was a design crisis in Zaire after the regime of President Joseph Mobutu was overthrown in 1997. The ex-President’s face was over all the currency, but the current government did not have the resources to print new bills. This is why they decided to use the old 20,000 bills and punched out Mobutu’s face. 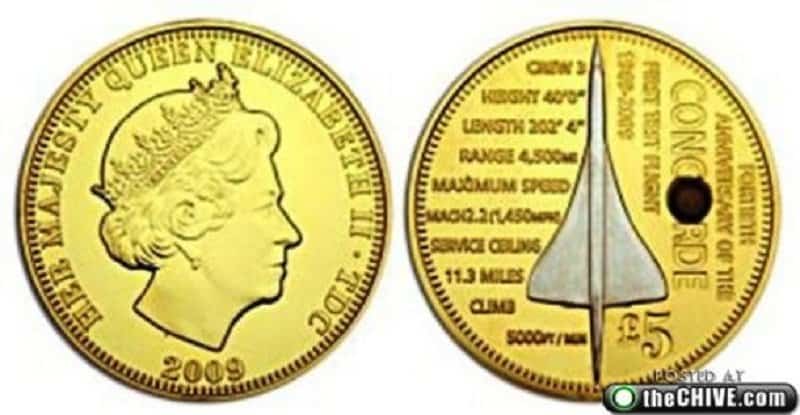 This strange series of coins was issued in Tristan da Cunha in 2009. The remote volcanic islands located in the South Atlantic Ocean, issued these gold plated coins on the anniversary of the Concorde. It actually contained a small piece of the plane’s titanium alloy heat shield in the coin. 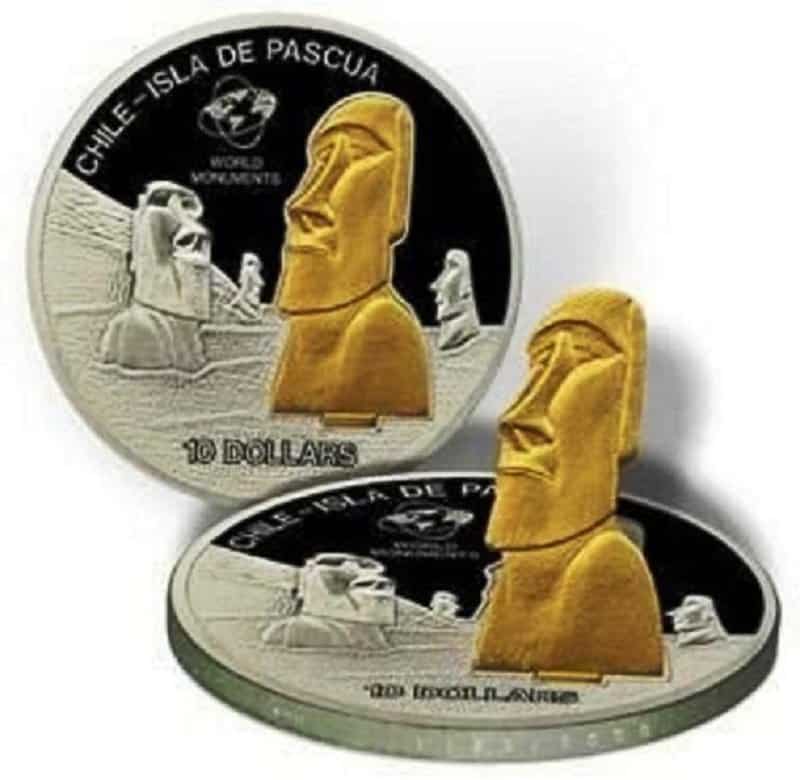 This hilarious pop-up coin was created to commemorate the famous landmark on the Easter islands. It was designed in a unique way so that miniature statues could be inserted into a slot on the coin. 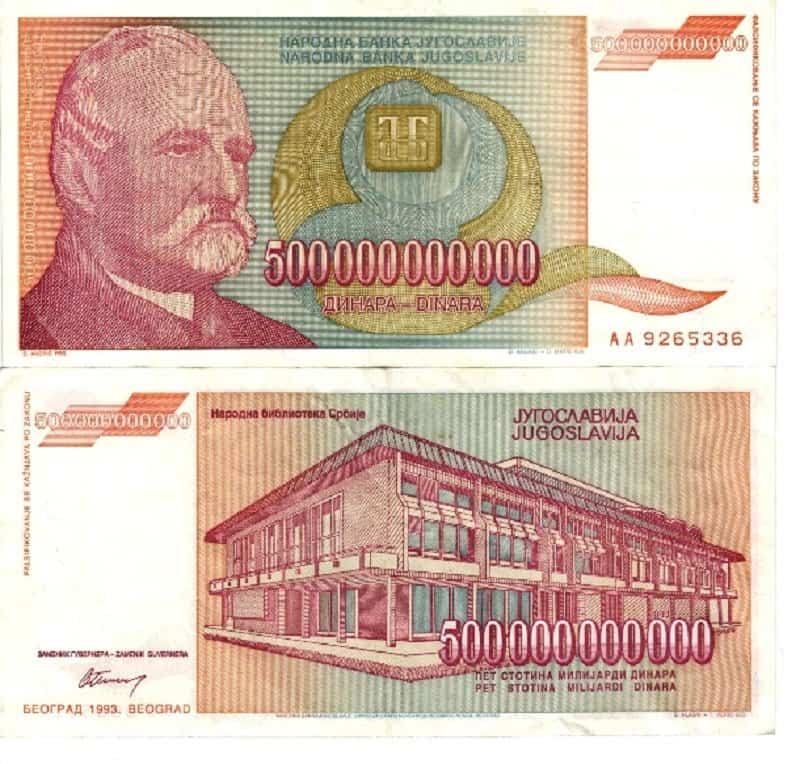