10 Of The Most Terrifying And Bizarre Deep Sea Creatures

Unusual looking creatures do not only inhabit the surface of the earth, but also in the sea. The deep sea is the lowest layer in the ocean, at a depth of 1,000 fathoms (1,800m; 5,900ft) and or lower. Even researchers still do not know much about the animals of the deep sea. They are still discovering what lies below the oceans of the world. Let’s take a look at some of the most terrifying and bizarre creatures living in the depths of the ocean. 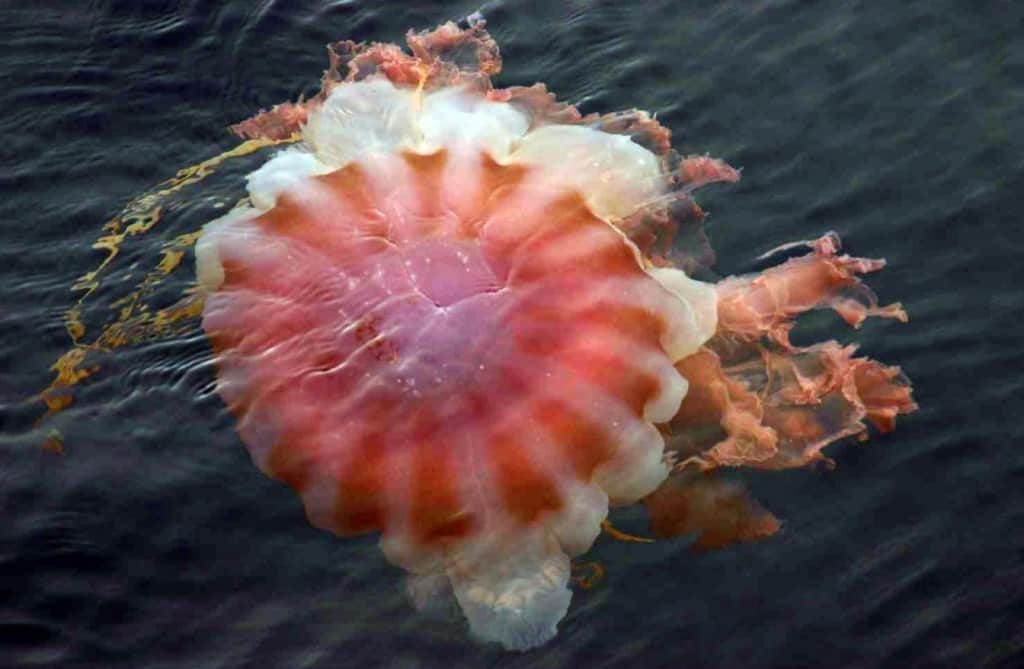 Big red jellyfish carries a slight red coloration and can grow to 1 meter in length. Instead of tentacles, the large jellyfish uses its fleshy feeding arms to capture its victim. 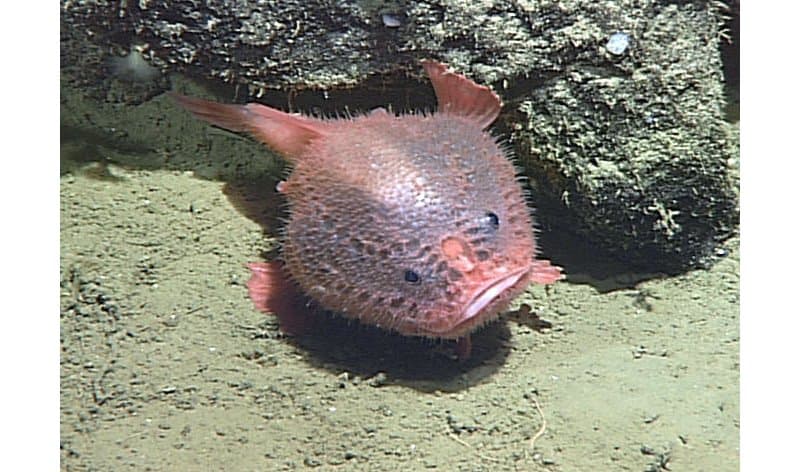 The coffinfish is a tiny pink fish that looks like a balloon, with its body being covered with tiny spines. These fishes can make themselves look larger by inflating their body. 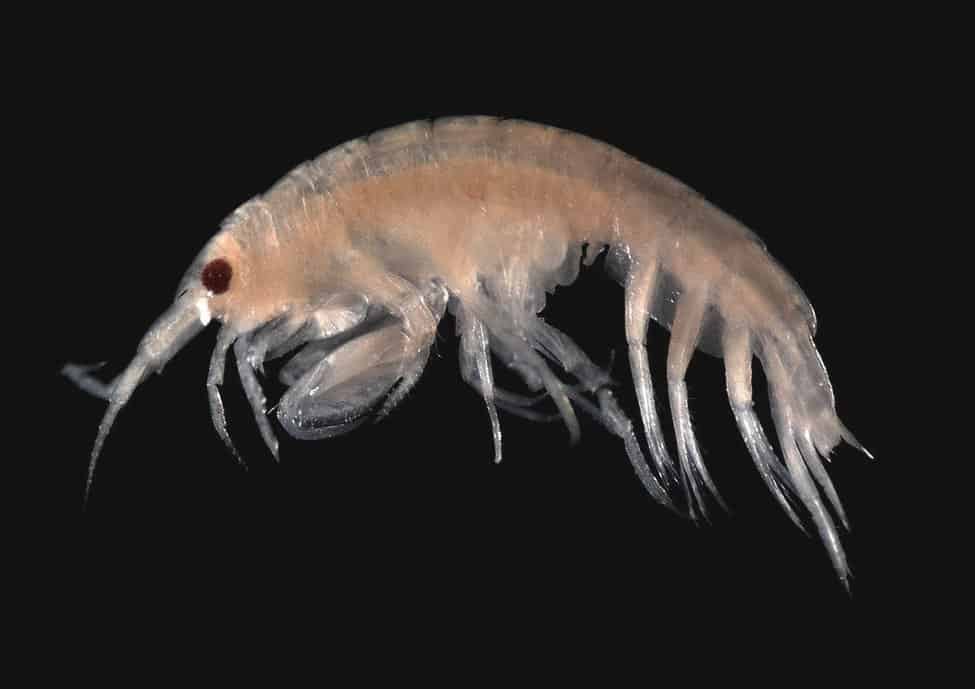 Also known as scuds or side-swimmers, amphipods are tiny animals, generally no more than an inch long. They feed on all types of animal and plant matter such as tiny invertebrates, dead animals and algae. 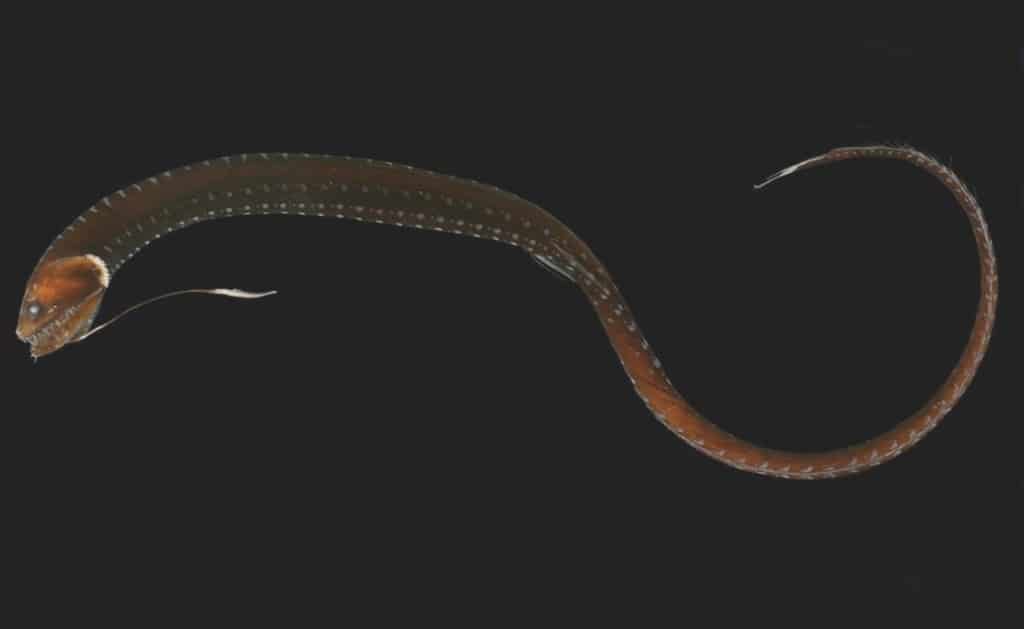 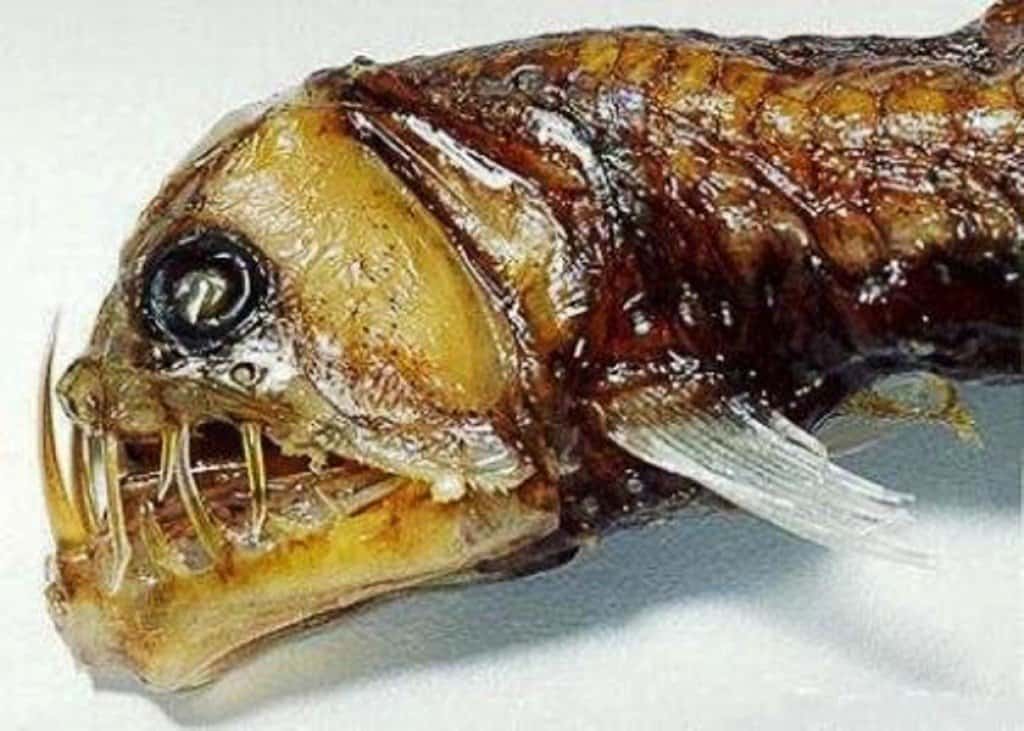 The snaggletooth’s teeth are slightly hooked and help to catch prey. These fish can grow to two feet long; however, there are a vast variety of species that do not get quite as large. 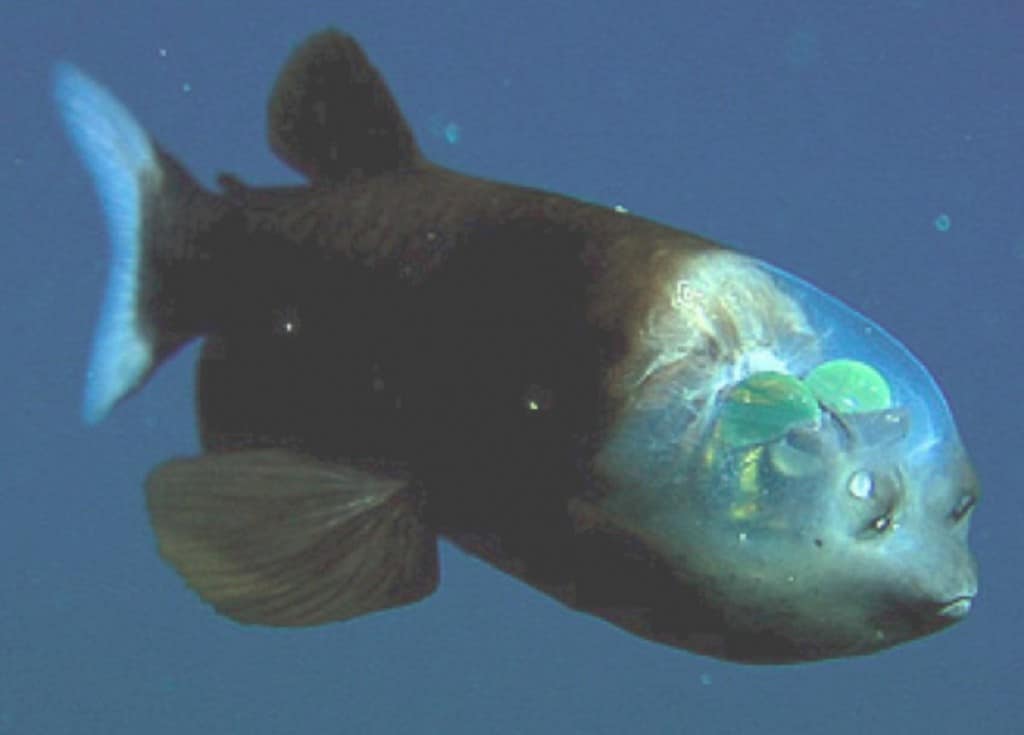 Also known as spook fish, these creatures are encased in a large transparent dome. They have two eyes pointing upwards so that they can see predators or prey. 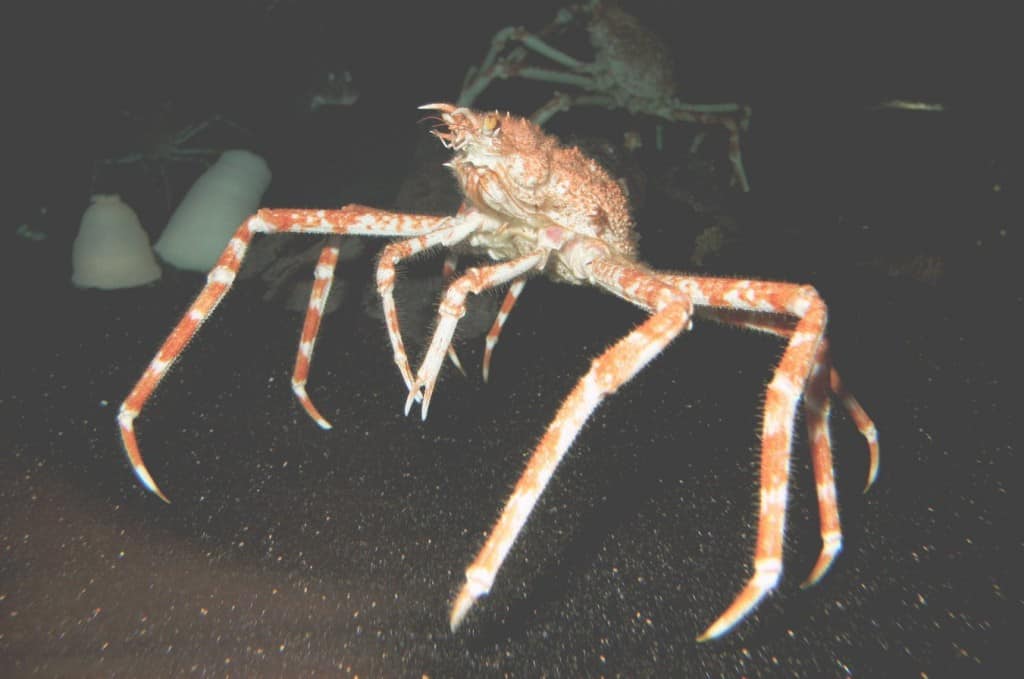 Giant spider crab, also called the Japanese Spider, eats algae, fish and other plants. They can weigh up to 42 pounds and have a 12-foot leg span. 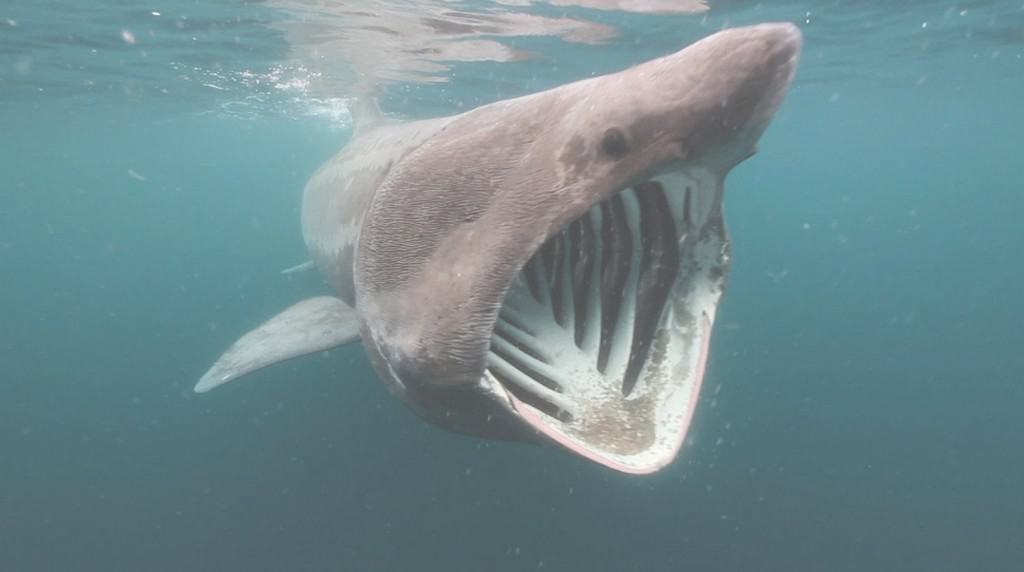 These sharks are passive feeders, filtering invertebrates, small fish and zoo plankton from 2,000 tons of water every hour. They are usually hunted for hide leather and food. 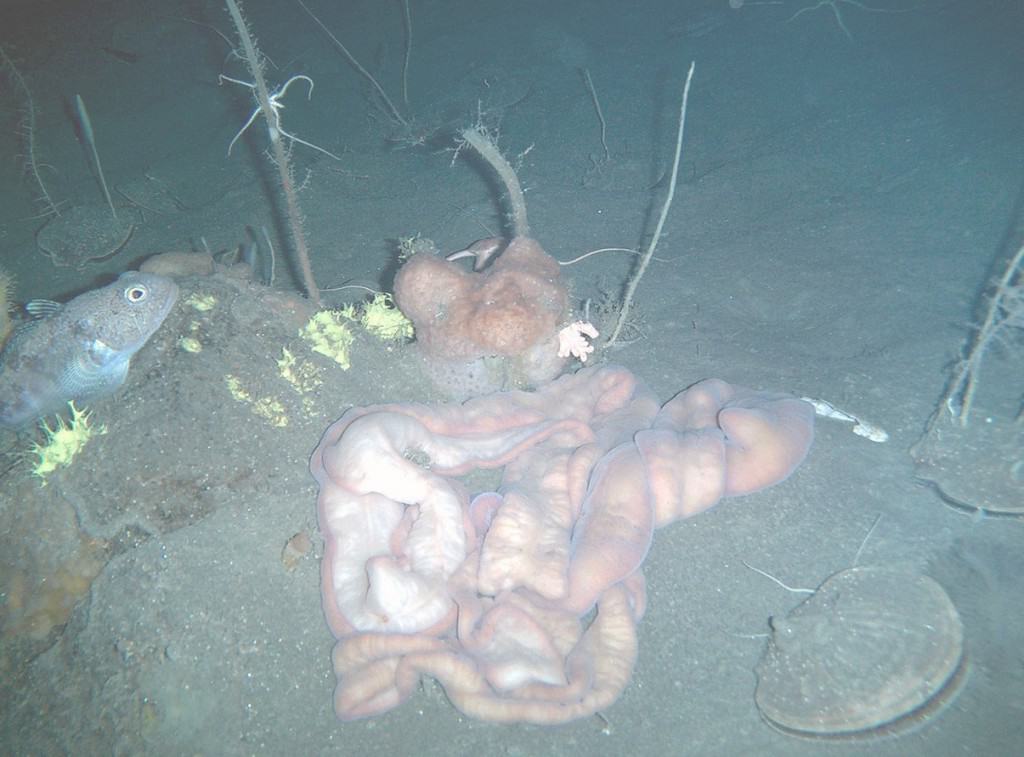 The proboscis worm grows to two meters in length. It is a scavenger that will comb the seafloor eating fish, anemones, jellyfish and sponges. 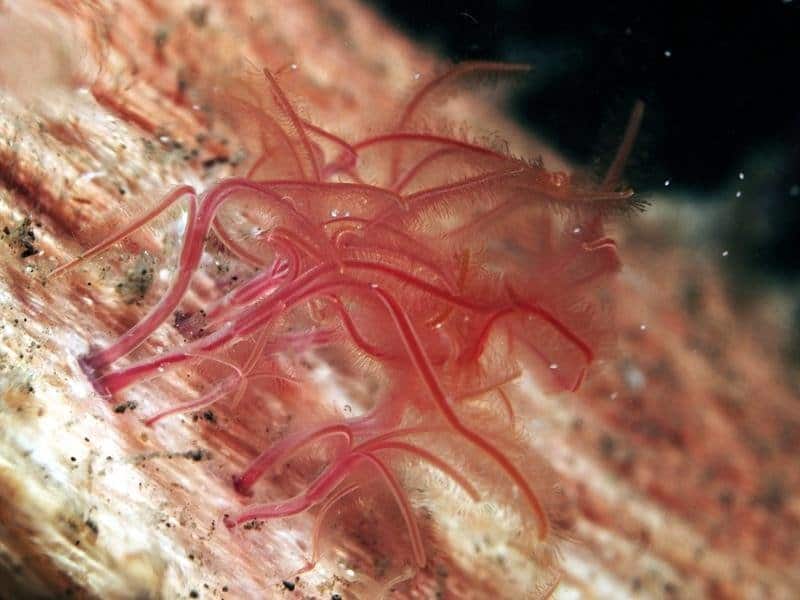 Zombie worms live in the dead whale bones. With no gut, anus or mouth, these worms survive by secreting a bone-melting acid that breaks up the whalebone. Zombie worms are able to absorb nutrients with the help of a symbiotic bacterial partner.