10 Of The Most Shockingly Realistic Tattoos

Tattoos, otherwise known as body art, tends to have a certain look to it. Usually the look is one of someone drawing something on their body in a rather cartoonish sort of way. Every now and then, there are people who go out and get tattoos that are actually meant to fool us into thinking there is something legitimately different about their bodies. There is a special kind of tattoo that is made to look as realistic as possible. This is body art that is geared towards making people uncomfortable when they see it at worst and completely fooled into thinking they are seeing something else entirely at best. Check out our list of 10 of the most shockingly realistic tattoos and let us know which one fooled you the most. 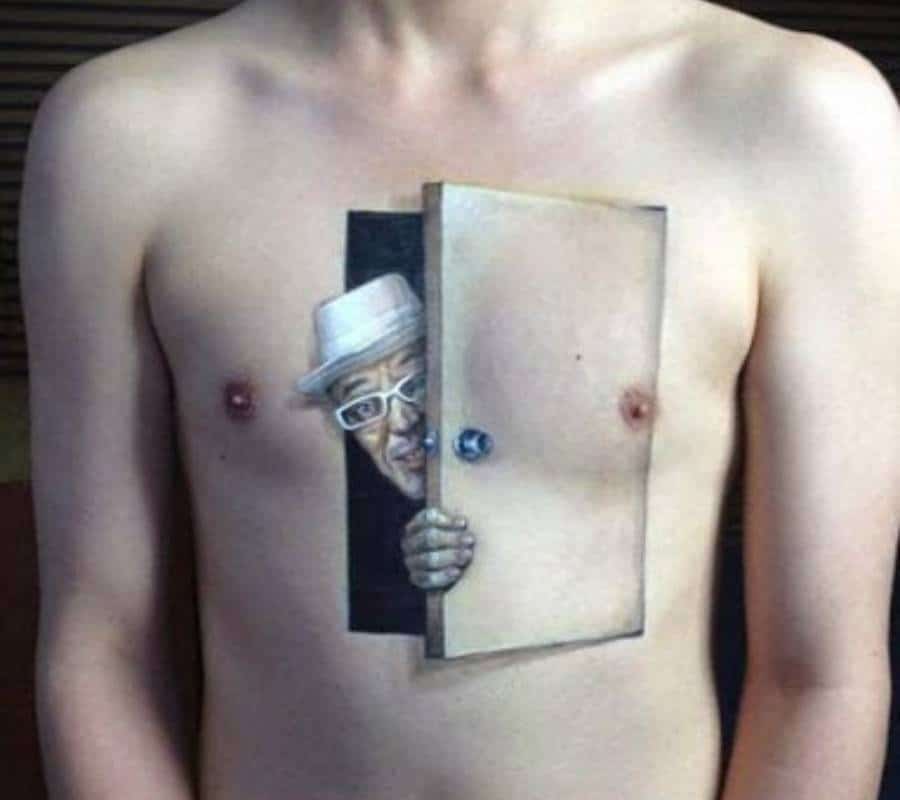 We’re willing to bet that this tattoo has made more than a few people look twice at the little man who is peeking out from behind the door. We’re just wondering why the man is done in that style.

Tattoo Of A Tattoo Gun 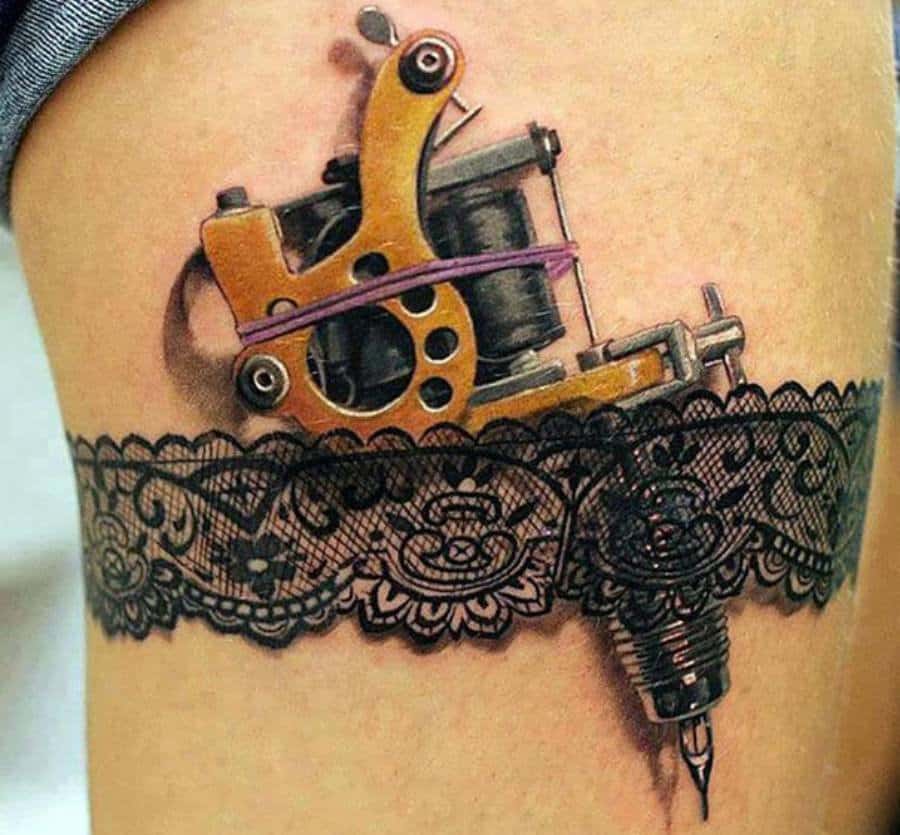 This tattoo is incredibly realistic. Take a close look and you’ll see the garter belt isn’t real and the tattoo gun tucked into it isn’t real either. That takes some real artistry.

Along Came a Spider 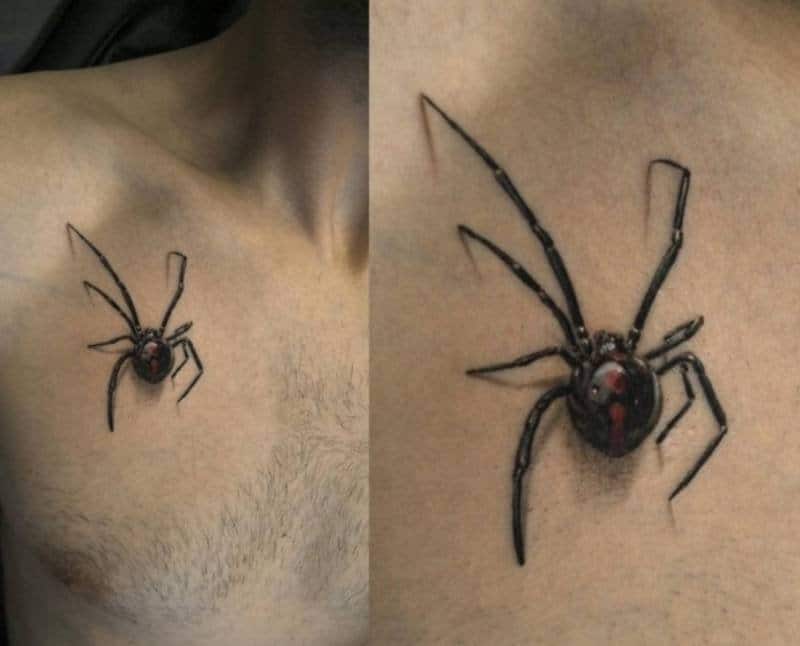 Take a look at that spider tattoo. Then take another and make sure it’s not real.

Where Does The Map Lead? 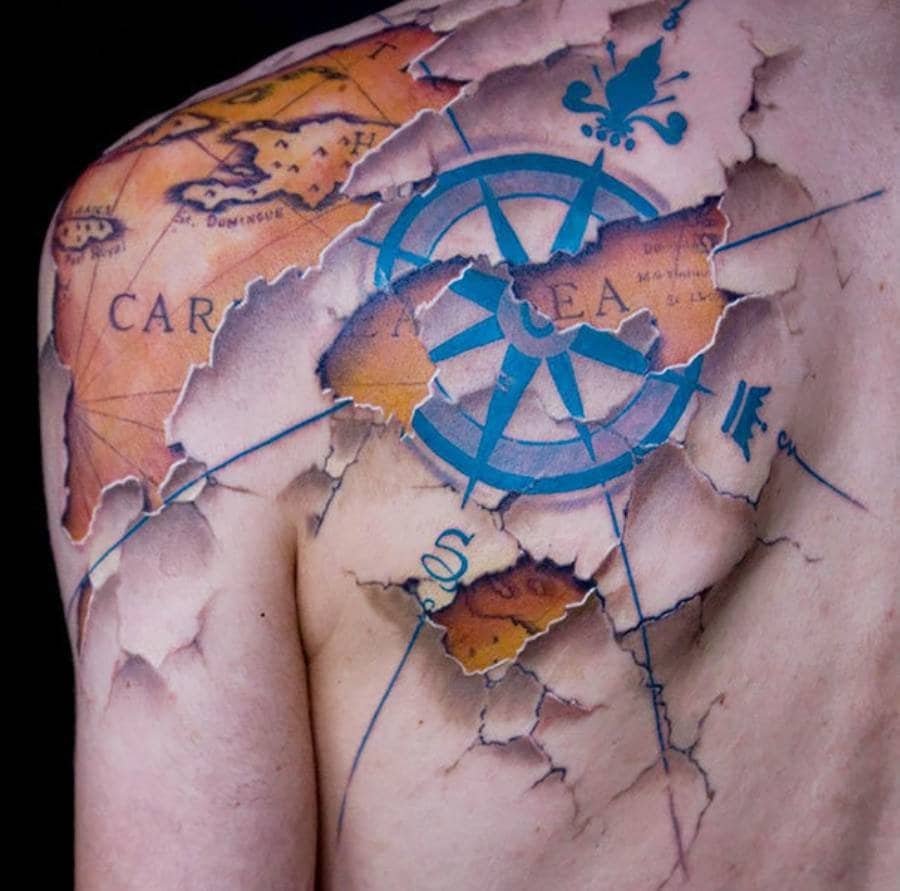 Having the map be just underneath the skin is impressive. The work it takes to make it look as though the skin is breaking apart is what blows us away. 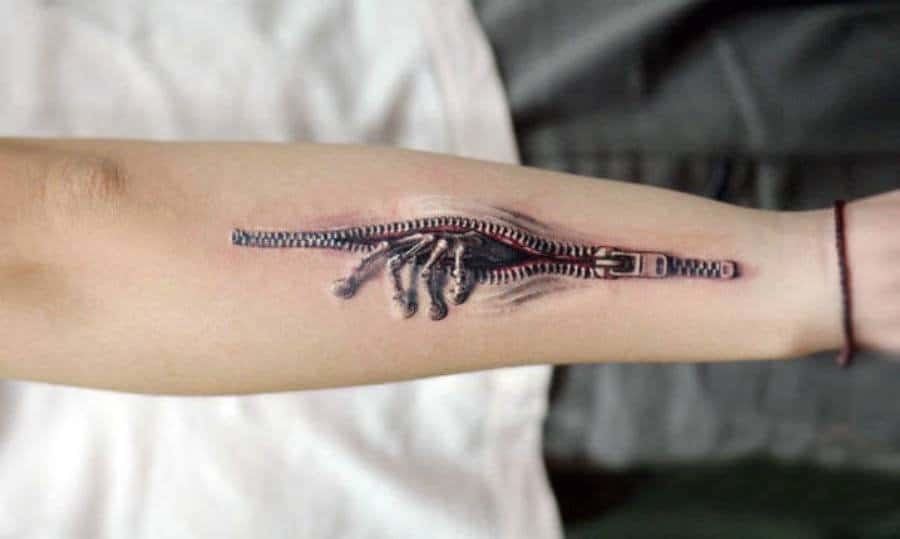 This tattoo just gives us the heebie jeebies. It really does look like there is a hand pushing out through this zipper. 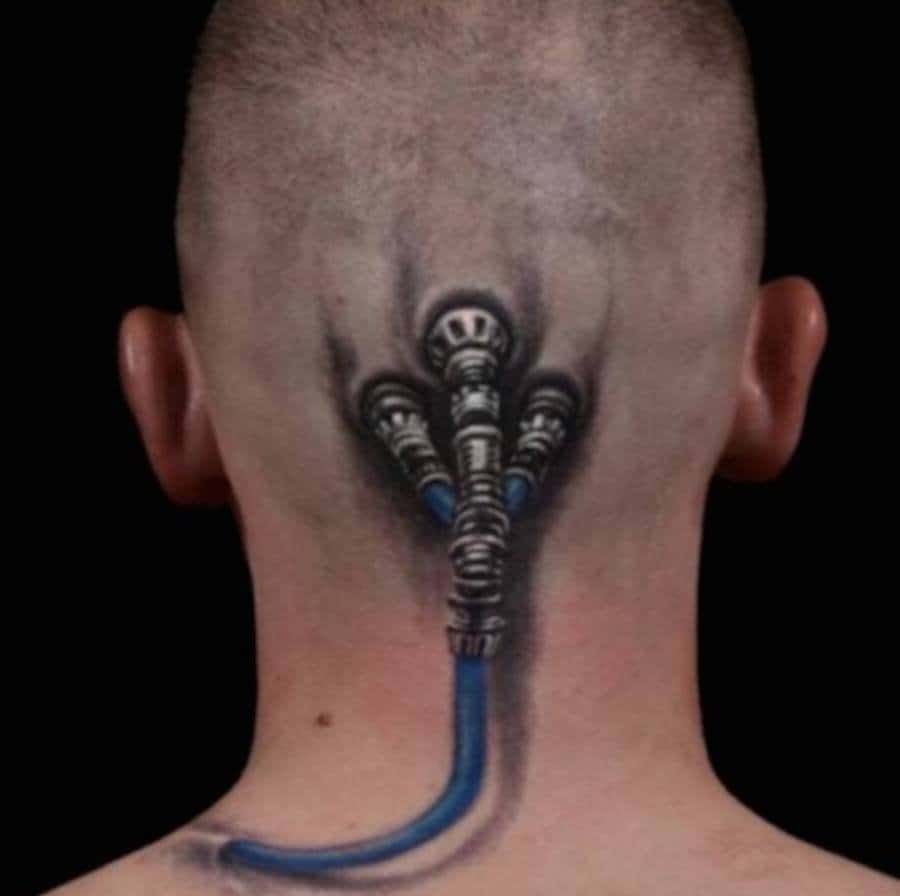 Nope, that guy doesn’t have wires connected to his head and no they aren’t going into his shoulder. That’s just how realistic this tattoo is. 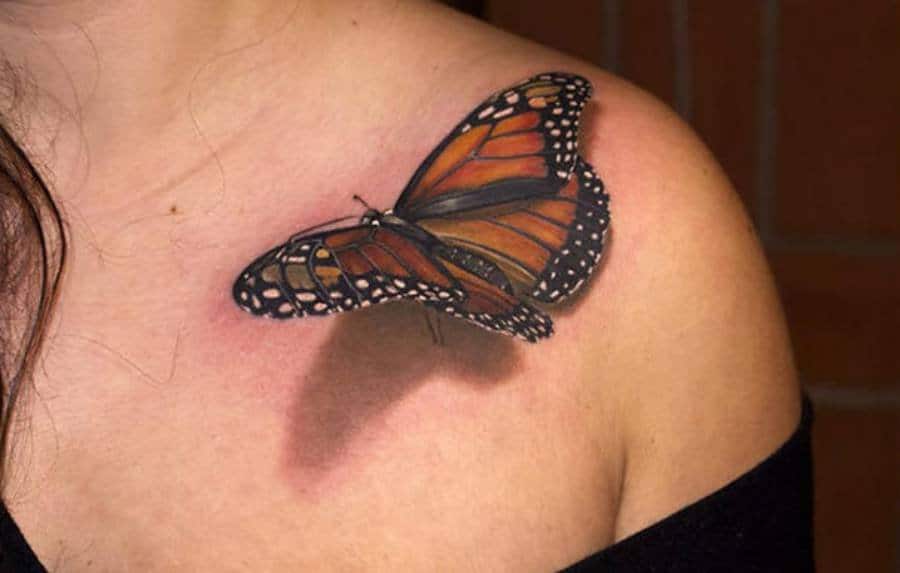 This butterfly tattoo is even more realistic than the spider tattoo. The insect looks like it’s about to life away from the woman’s shoulder and take to the air. This is some serious 3D effects as well.

That’s Quite The Puzzle 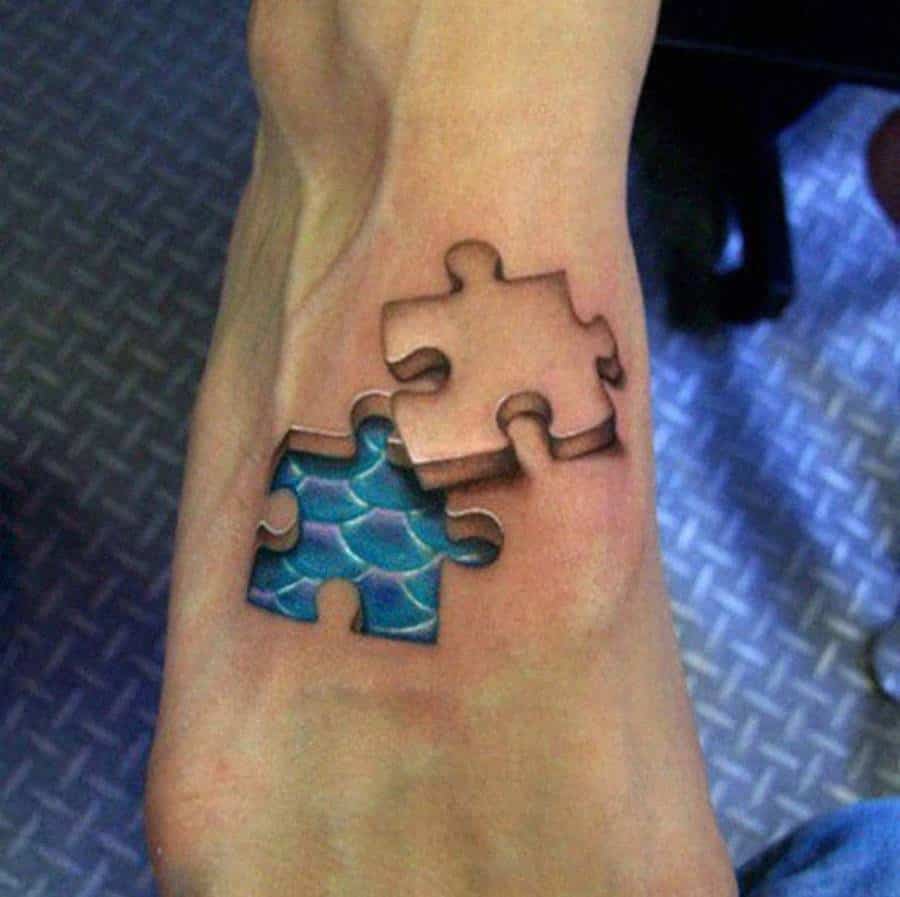 The best realistic tattoos are the ones that actually give off the look of being three dimensional. If they also appear to be revealing something, like fish scales, then that’s even better. 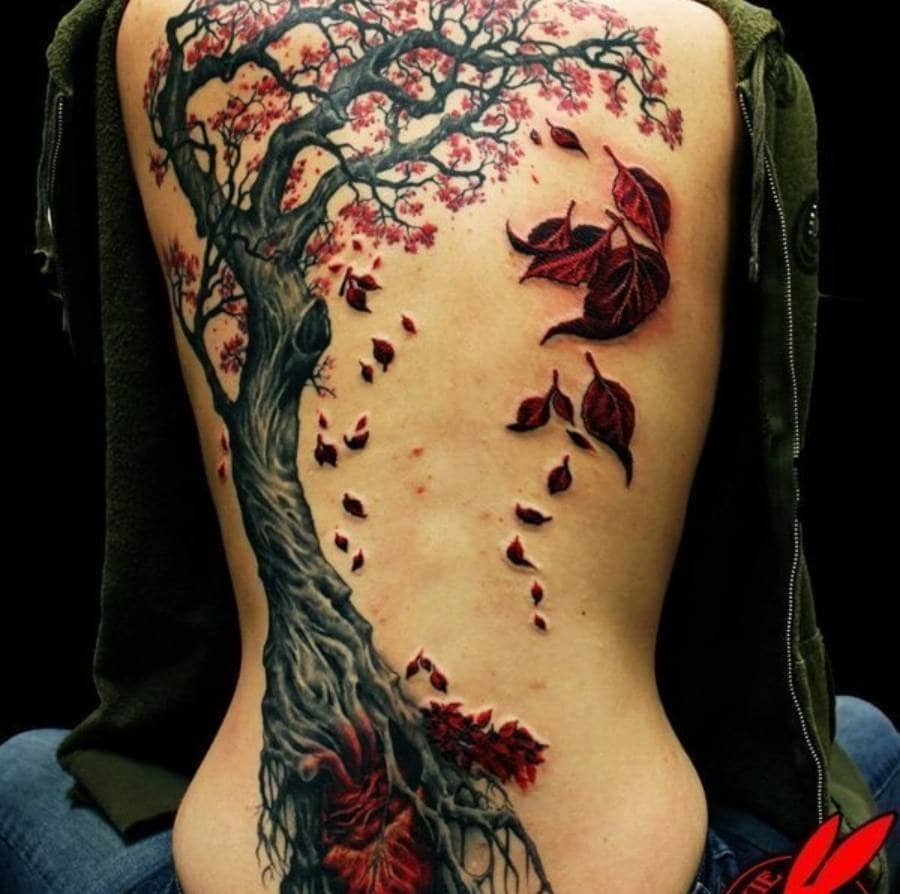 The most interesting thing about this tattoo isn’t how detailed the art is, but the raised nature that makes the tattoo look three-dimensional.

He probably should have forgotten to get this tattoo 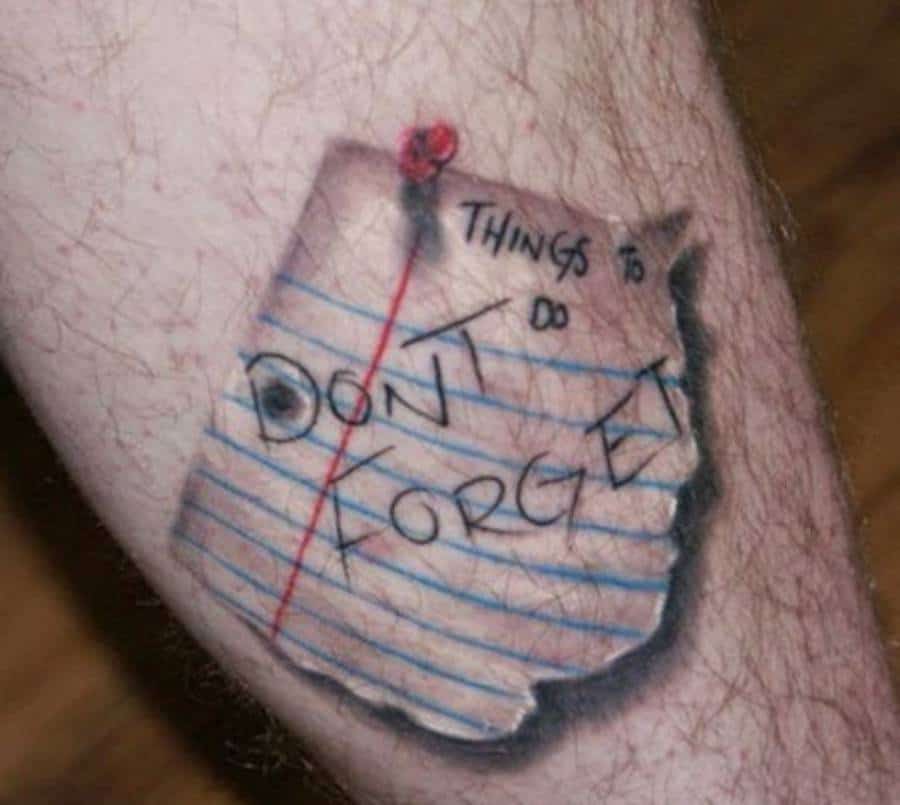 The note he had tattooed on his arm would certainly be helpful, assuming it was actually a to do list. Props to creativity.