10 Of The Most Hilarious Break-Up Notes Ever

Breaking up is one of the hardest things that people can do. Sometimes the light can just fade between the two and it’s tough for somebody to finally end it. Other times, it isn’t so hard when the other person does something completely stupid. It’s still hard to get into a conflict, so it’s easy to leave passive-aggressive notes and avoid confrontation. Luckily, some of those disasters have been documented by people who have received them or found others, and the results are nothing but hilarious.

It seems a little extreme to post a break-up letter in such a public area, especially one that costs a lot of money. Probably the only thing costlier would be for a plane to fly the message over the world. 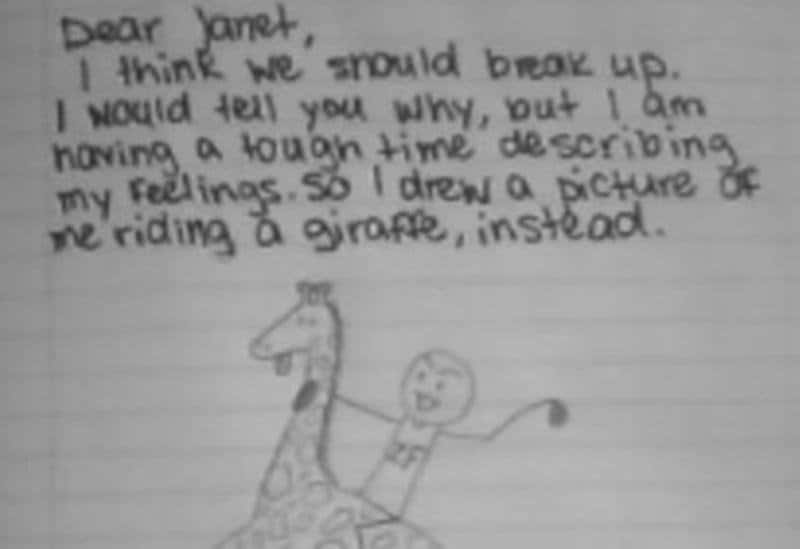 This letter gets a lot of points for the very detailed picture of the giraffe, not to mention that it’s hilarious. Still, you probably can’t say that you’re having a tough time with something, then you spend a lot of time on an animal drawing. 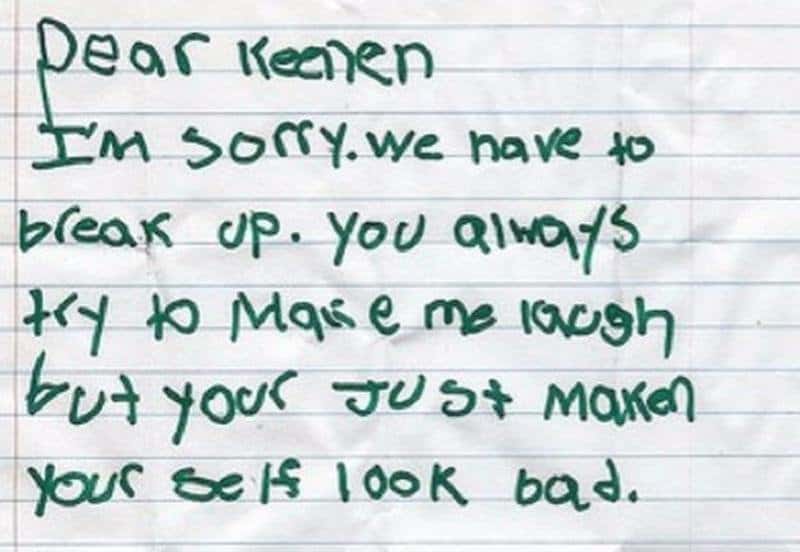 Perhaps a young boy just learned what breaking up means, and he decided to do that with his friend. However, if you’re going to say that someone is making themselves look bad, you should probably spell it out correctly.

Mark gets straight to the point unlike a lot of these other notes, and he can apparently know how his dog feels. I guess there’s a reason why dogs are always called “man’s best friend.” 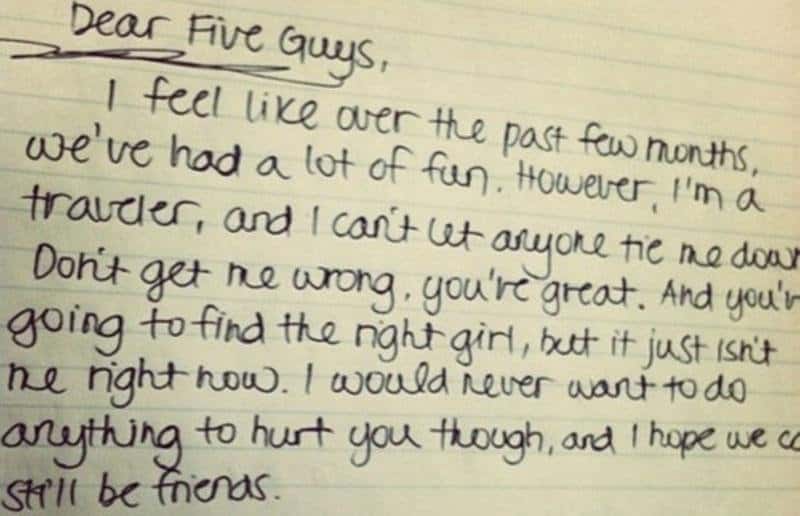 It seems this person had an issue keeping a relationship with a single person, let alone five different guys. And by the sounds of how many people this girl was seeing, she brought it on herself. 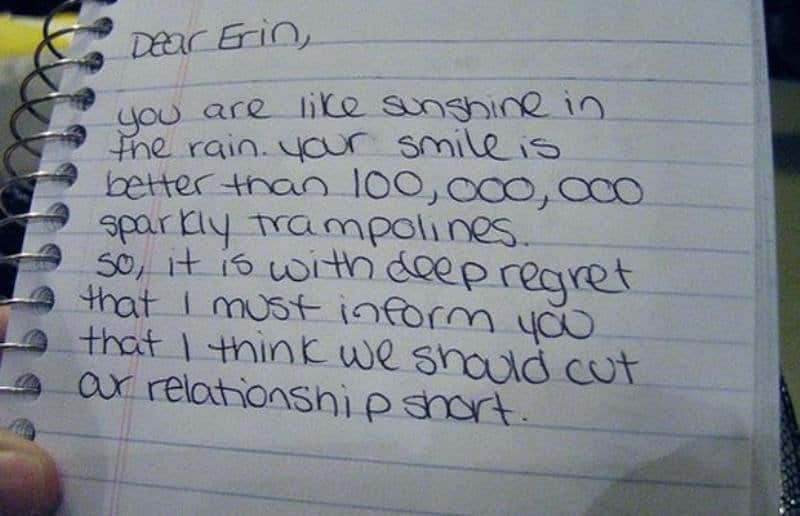 The beginning starts off like something you’d find in a Hallmark card. Then, a huge twist comes right in the middle, and no one could ever see it coming. 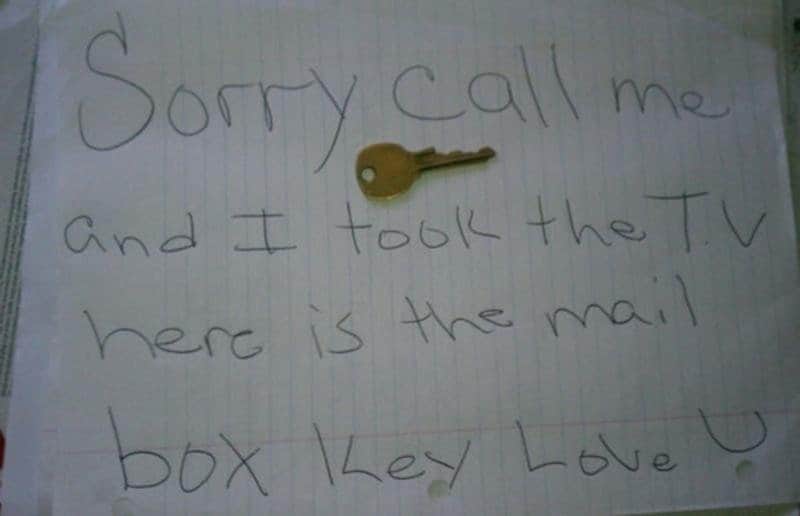 This is one of the worst constructed letters you’ll ever see, and it’s hard to really know if the person writing the letter still has feelings for them or not. That’s still not as bad as losing the TV.

Left On A Car Window 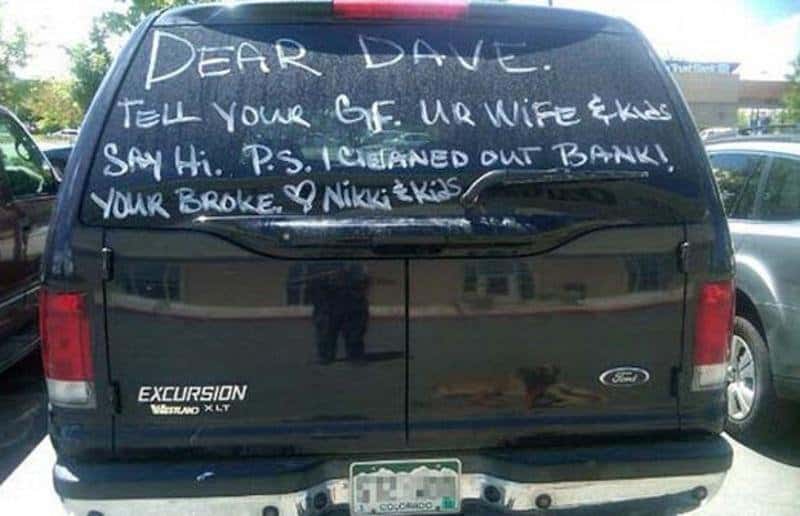 Dave didn’t keep his secret hidden too well. When he has to sell his vehicle to get some money, hopefully he’ll remember to erase the message to increase the value.

The “Not Break-Up” Break-Up Letter 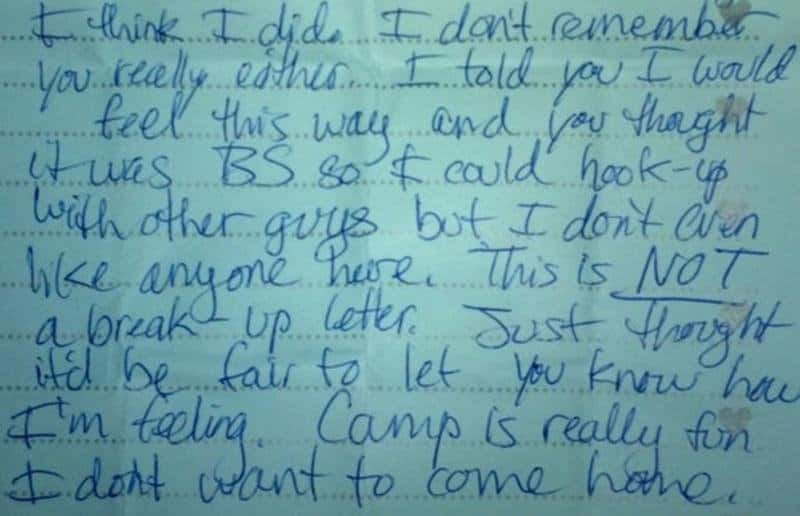 Speaking of confusing letters, here’s one that says it isn’t a break-up one. Sure, it has stuff like “I don’t remember you really” and “I don’t want to come home,” but it’s still not a break-up letter. 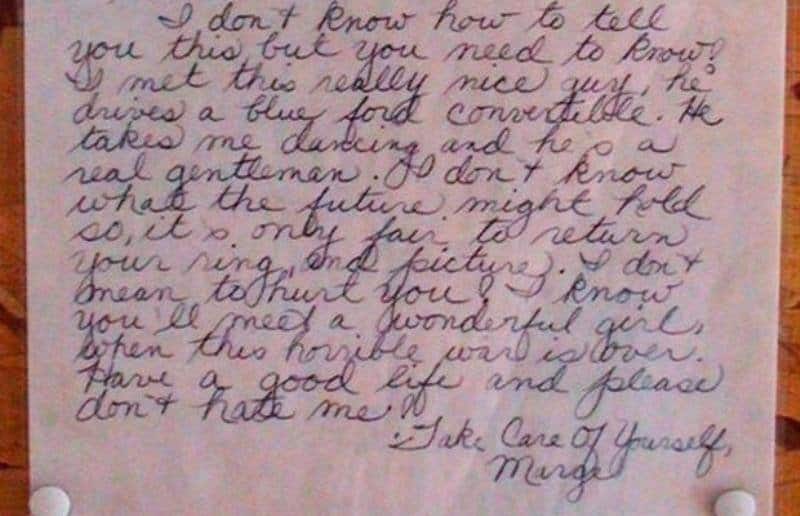 It’s hard enough for people that enlist in the Army to leave their loved ones and serve overseas. Stories like this happen frequently, but this news is probably better served face-to-face when they return.