10 Of The Most Bizarre Museums That Actually Exist

Although museums have a reputation for being stuffy old places that children are dragged along too in order to learn, they have modernized in the last decade to make use of new technology. This has allowed museums around the world to create interactive displays and shows that teach visitors about the wonders of the universe, from how stars are born to what the prehistoric world of dinosaurs actually looked like.

However, not every museum has such a bold premise. Some have been created to inform people about rather strange aspects of the world or in order to celebrate the life of an odd individual. These museums don’t spend millions of dollars and don’t have expansive facilities but they do have a huge dedication to their subject matter, even if it is a little bit crazy. 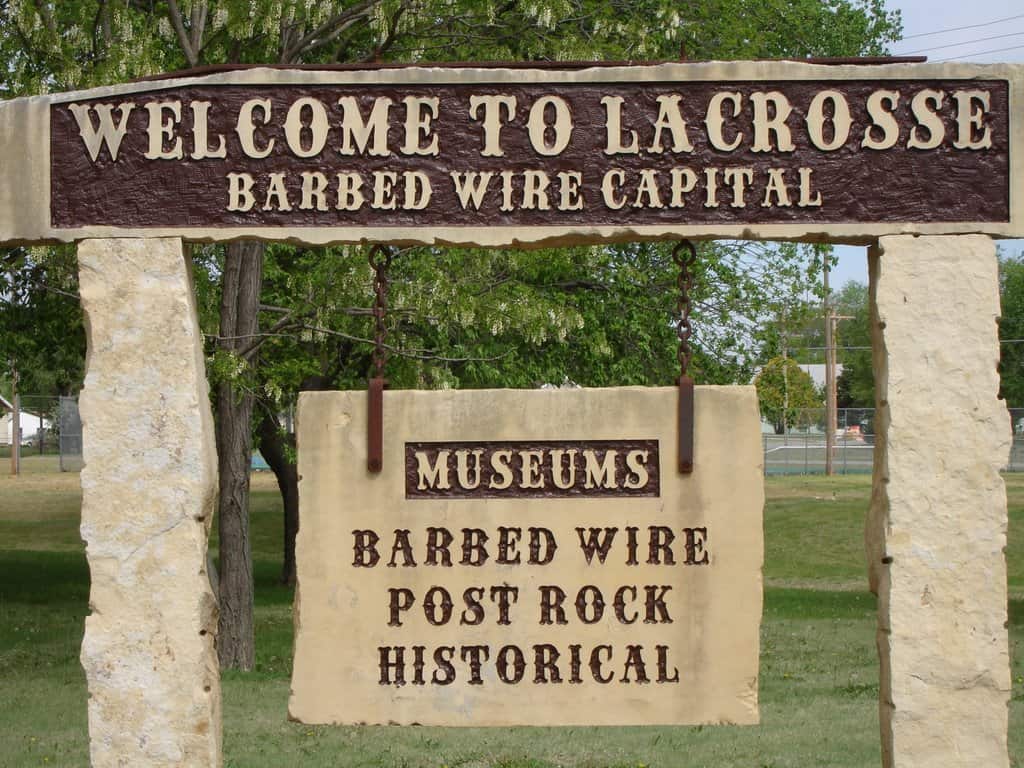 Located in La Crosse, Kansas, this museum is dedicated entirely to barbed wire. The facility aims to teach people about the many different types of barbed wire and explain the influence the material has had on the history of the United Sates thanks to its use on the prairie. The Kasans Barbed Wire Museum has been running continually since 1970 and now displays more than 2,000 different samples.

The Museum of Broken Relationships 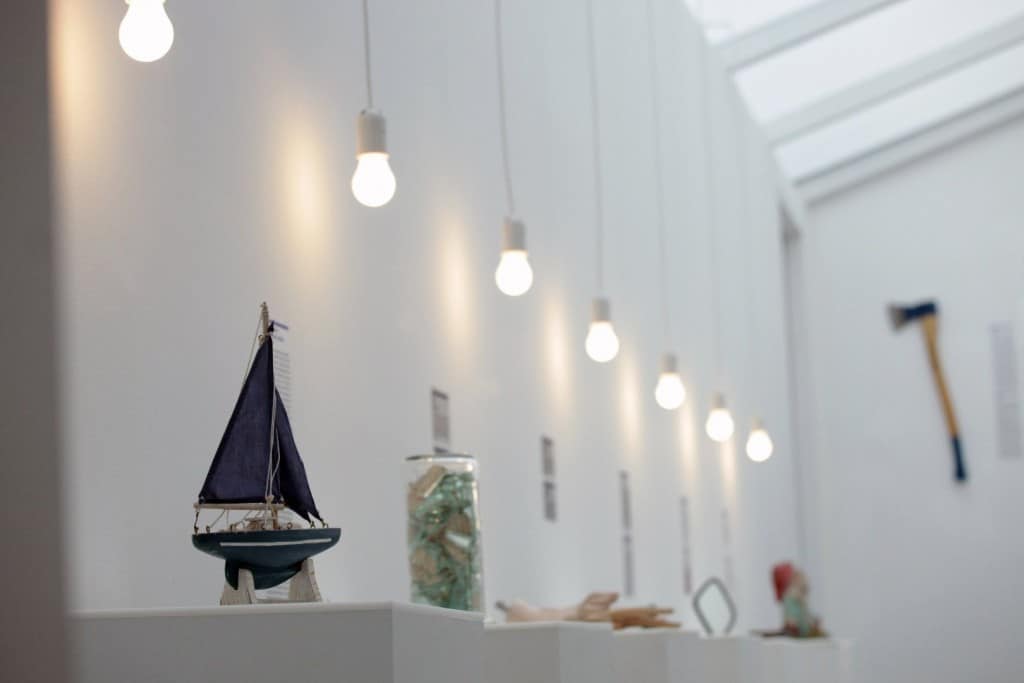 This award-winning museum began life as a travelling collection of items from failed relationships that had been donated. Eventually, the organizers were able to secure a permanent building in Zagreb, Croatia, where they now display a series of personal belongings along with descriptions about their importance and how they were involved in a doomed relationship. The museum hopes to encourage discussion of the fragility of human relationships and the factors that can contribute to their downfall. 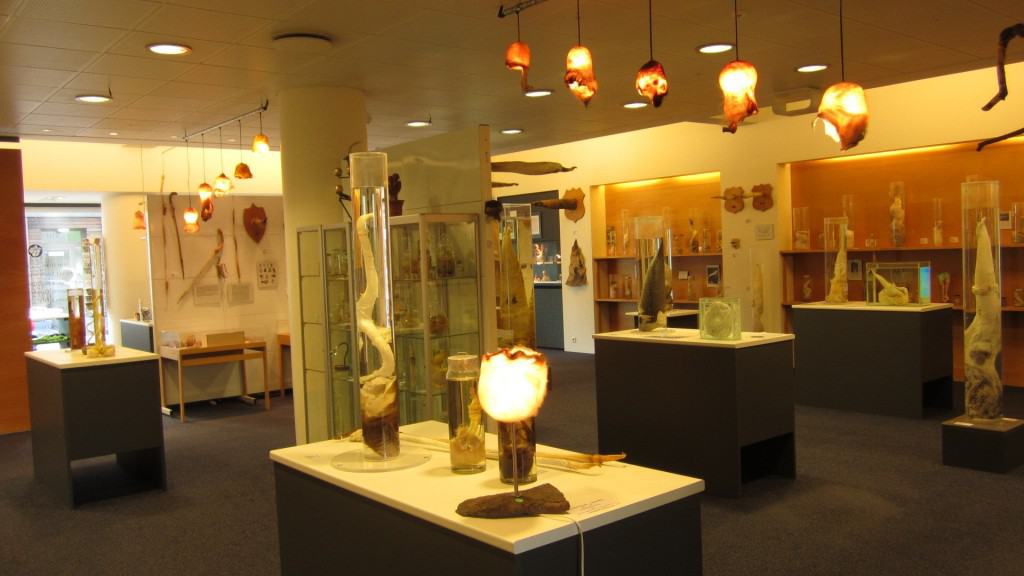 In case you are not entirely sure what the second word in the Icelandic Phallological Museum means, it is referring to the phallus – which is more commonly known as the penis. That’s right, Iceland has a museum dedicated entirely to penises. It is home to more than 215 individual sex organs from various creatures that live on both the land and in the sea. It even has a special section that focuses on whale penises. 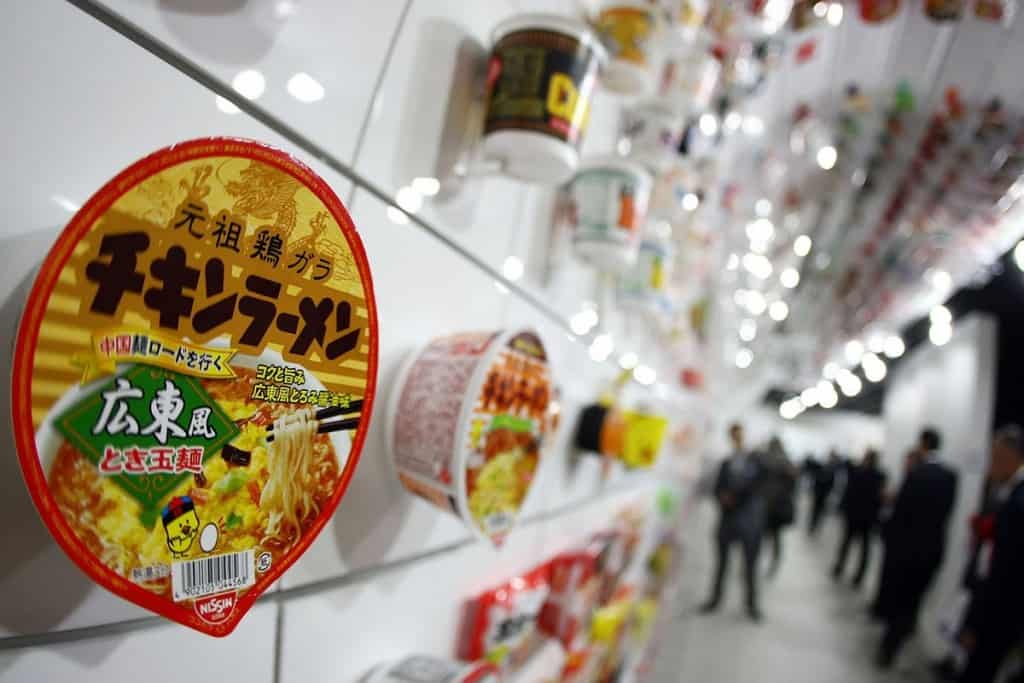 The Momofuku Ando Instant Ramen Museum was set up to celebrate instant noodles and their inventor Momofuku Ando. The Japanese businessman was responsible for creating instant noodles, instant ramen and Cup Noodles during his lifetime and their huge popularity has made both him and the food culturally important in the country. The Osaka based museum offers a history of the food, a biography on Ando and offers visitors the chance to make fresh noodles for themselves. 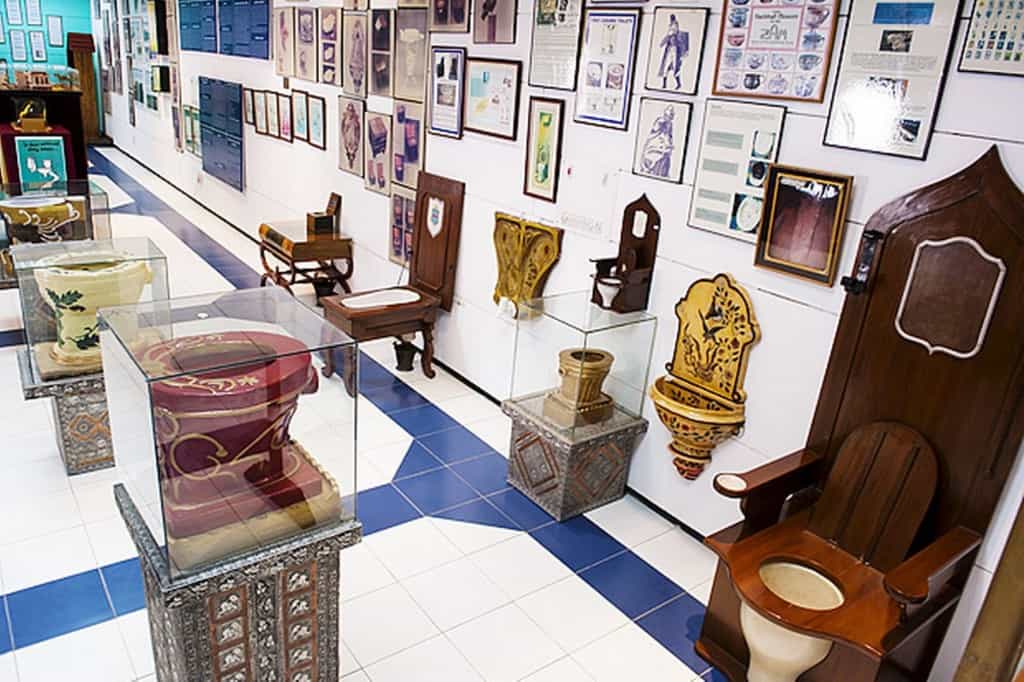 Set up by Sulabh International, a human rights group that aims to reform environment sanitation and waste management, the Toilet Museum is a facility that houses different types of toilets from around the world. Some of the exhibits date back to 3000 BC, showing the evolution of sanitation technology, showing exactly how far it has come to make toilets safer and more hygienic. 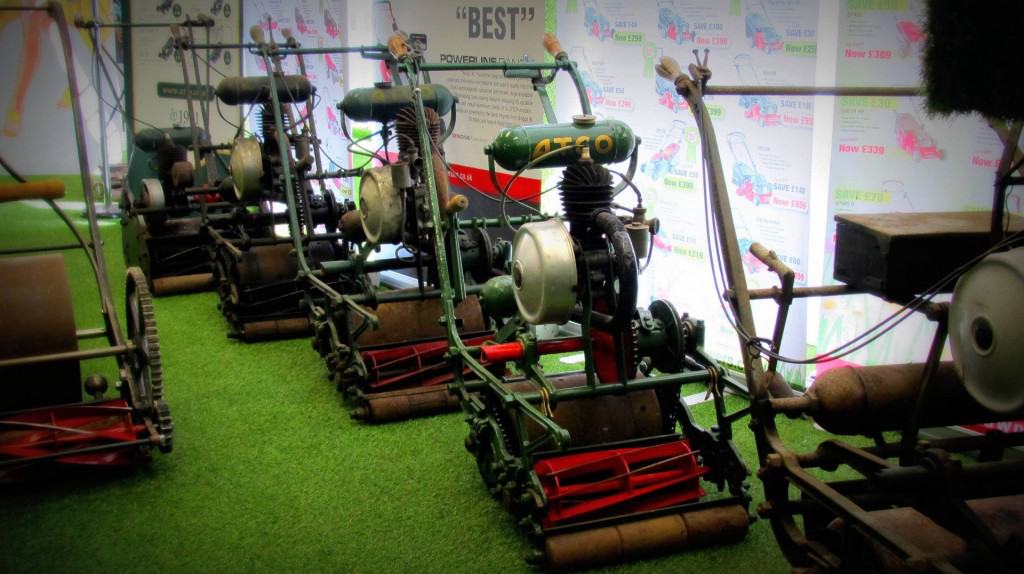 As you might have guessed from the title, the British Lawnmower Museum is a place to celebrate the history of the lawnmower. It was set up by former racing driver Brian Radam and has become one of the authorities on vintage garden equipment, providing parts and advice to anyone interested. As well as housing a large collection of antique lawnmowers, the museum also has a detailed history of the machines. 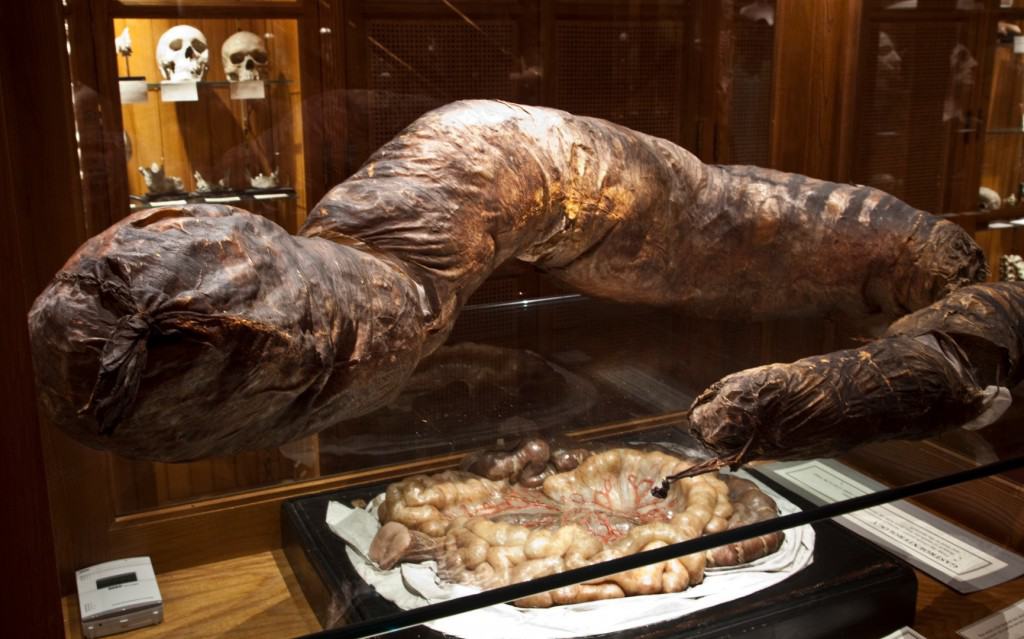 Originally set up to allow for further biomedical research and to educate the public about medicine and anatomy, the Mutter Museum is now more of a collection of medical oddities and unusual specimens. Included in the exhibit are examples of antique medical instruments, the tallest skeleton in North America, and wax models showing the human body and its internal workings. It also displays some strange items such as the tumor removed from President Grover Cleveland and some tissue from the thorax of John Wilkes Booth.

The Museum of Bad Art 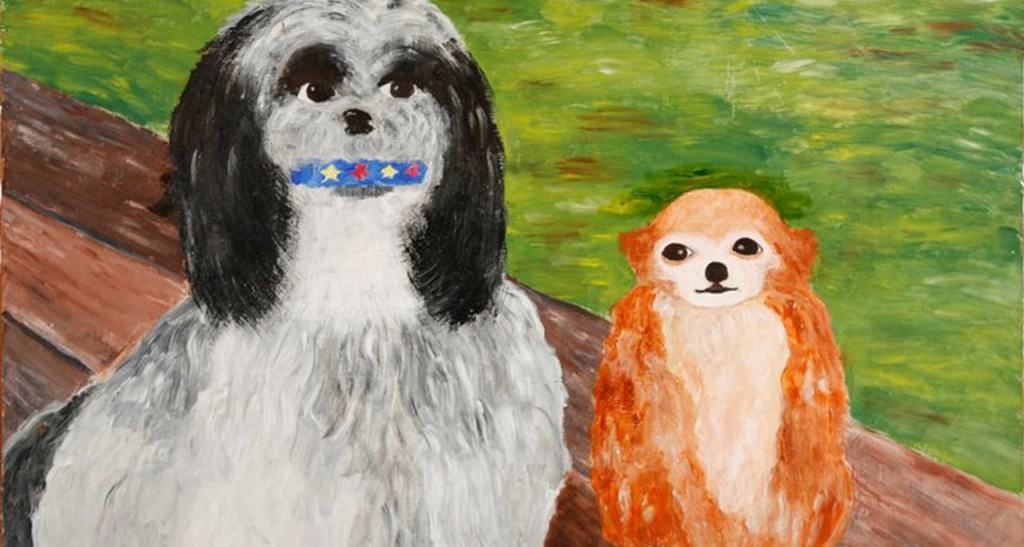 The Museum of Bad Art was originally founded in 1993 with the aim of showing the world the worst pieces of artwork ever created. It has two separate locations in Dedham Square and Somerville in Massachusetts with a collection of more than 400 individual pieces and describes itself as “the world’s only museum dedicated to the collection, preservation, exhibition and celebration of bad art in all its forms.” 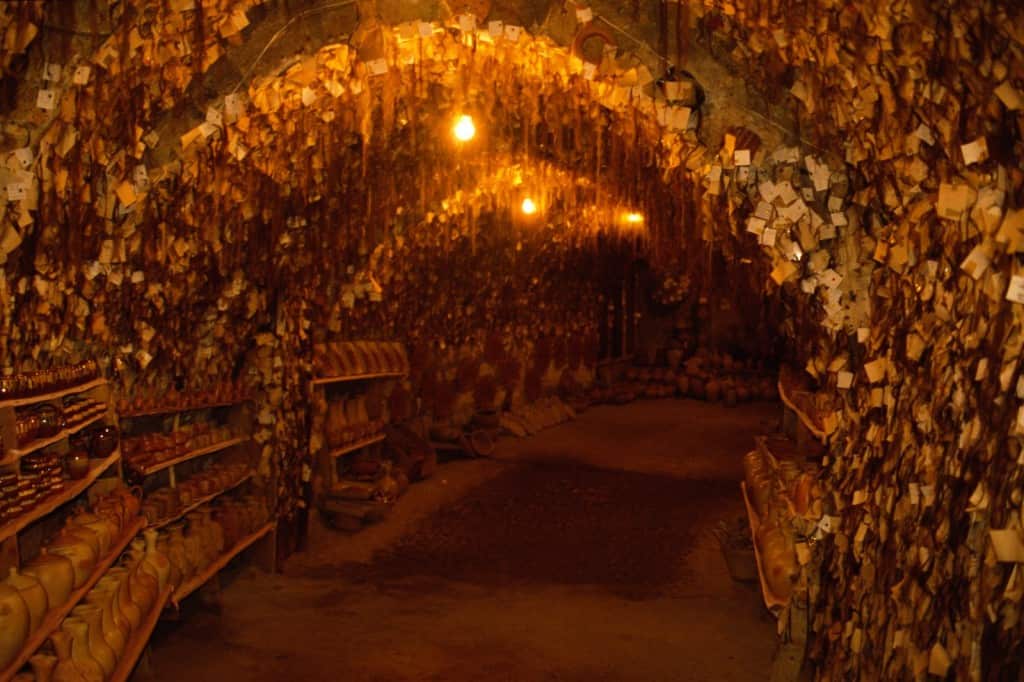 The Avanos Hair Museum is rather strange on a number of different levels. Firstly, it is a museum that contains hair samples from more than 16,000 women from around the world. Secondly, it is located in an underground cave and the hair is willingly cut off from the visitors to be hung on the wall along with the name and address of the person donating the sample. Each year, owner Chez Galip chooses 10 pieces of hair at random and offers the women free pottery classes and a chance to stay in his guesthouse free of charge. 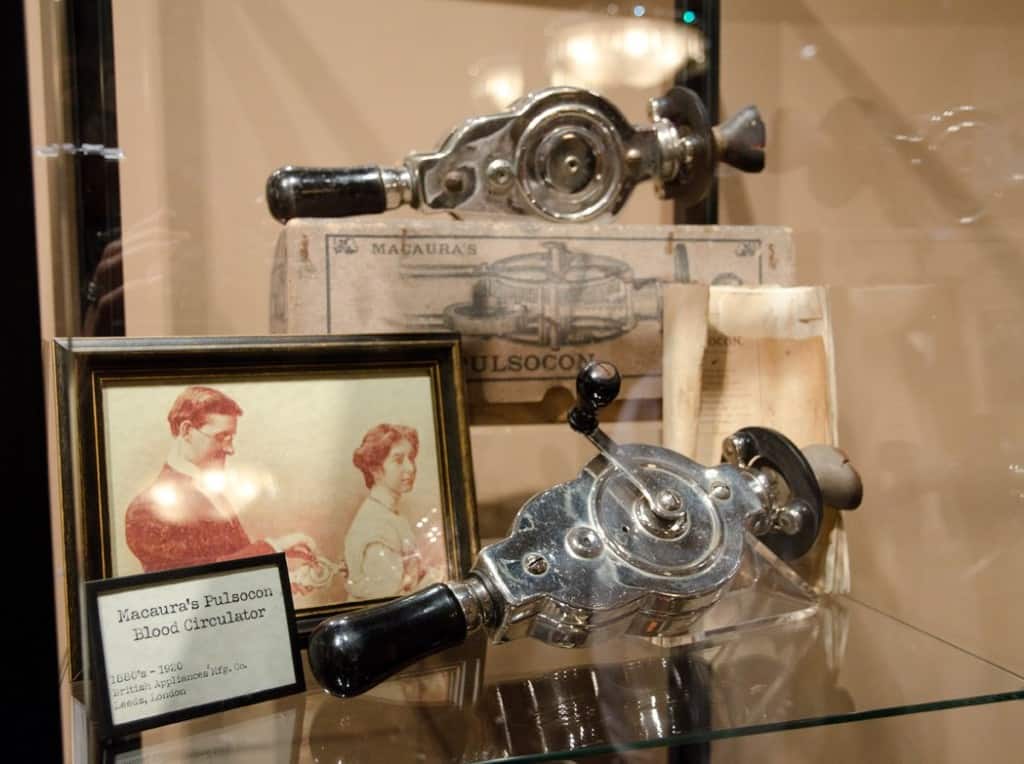