10 Of The Funniest Santa Fails

The problem with creating any iconic character is that once the character becomes open to the public forum, people are free to interpret them in any way they please. A classic example of this would be the way people treat Santa Claus these days. Santa is one of the most important religious figures of all-time, and he is pretty much the heart and soul of Christmas. Once Christmas comes around though, we see a bunch of jobless people dressing up as Santa to make a few extra bucks, along with a huge group of party folk who love making Santa kinky. Here is a collection of some of the funniest fails when it comes to being Santa. 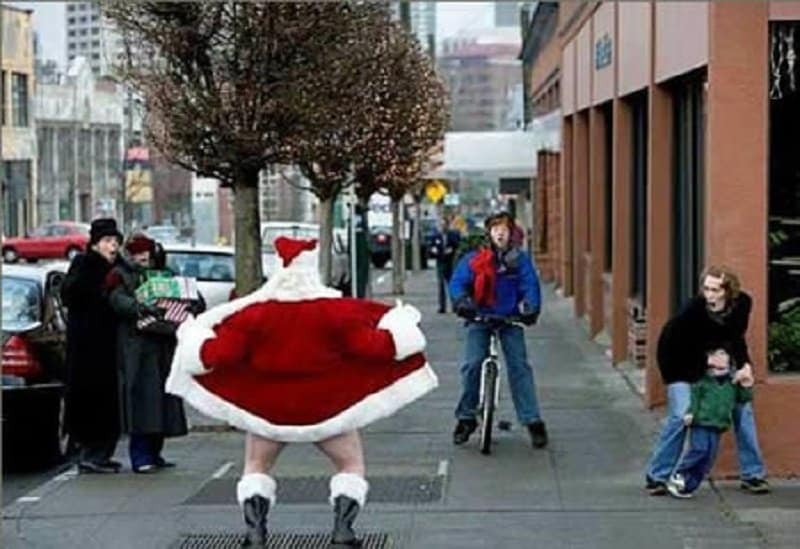 ‘Ho Ho Ho! Look what I got you for Christmas this year!’ – said the Creepy Santa as he flashed the general public. 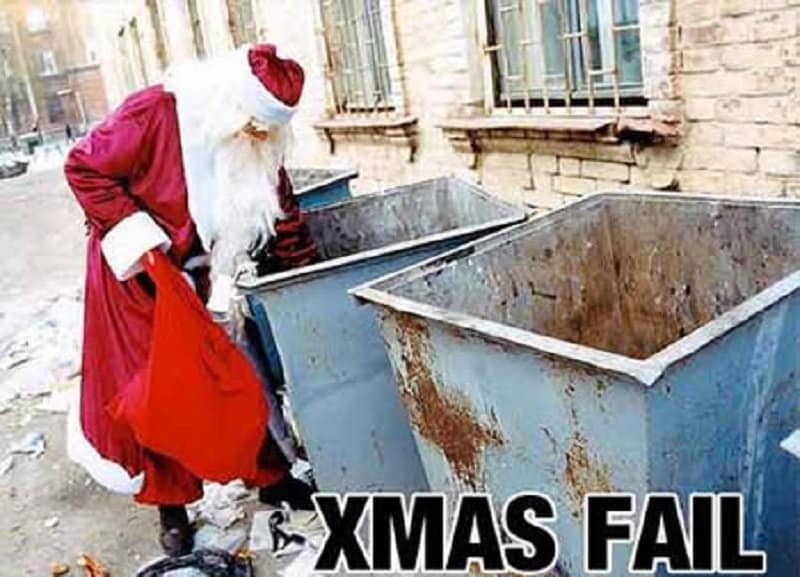 If you are naughty all-year round, Santa doesn’t ignore you, he just gets you trash for Christmas. 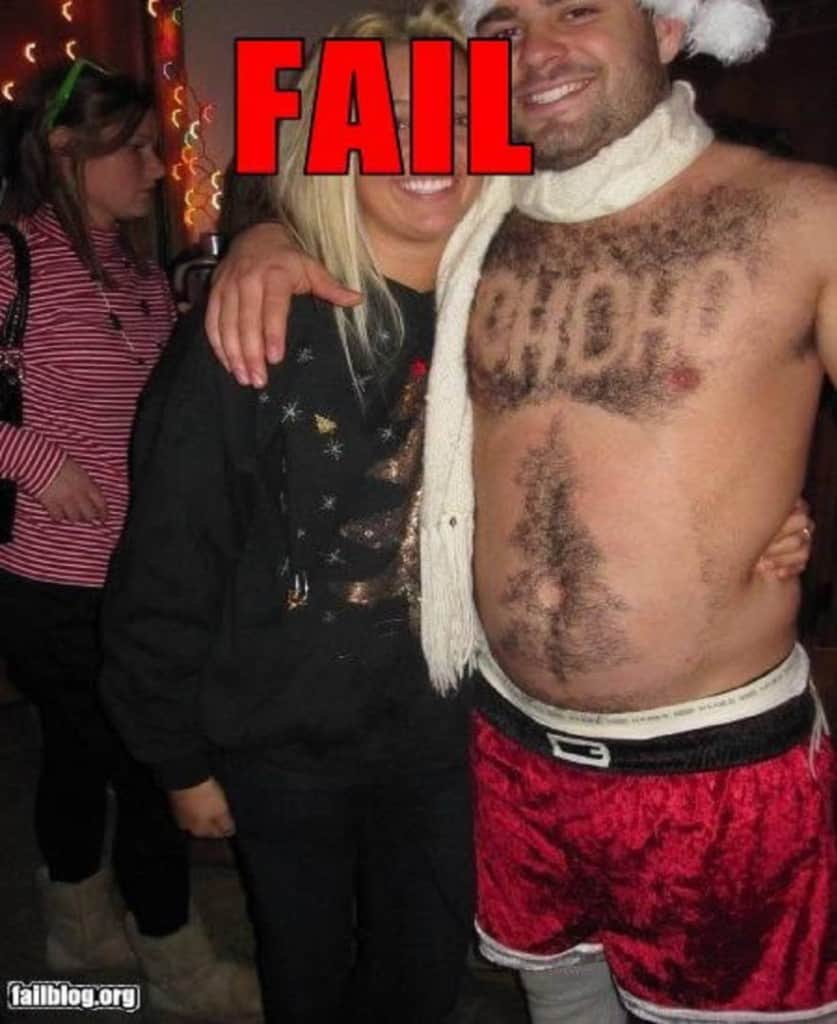 This man went through a great deal of trouble just to pull off several Christmas-themed elements on his body.

Too Drunk To Sleigh 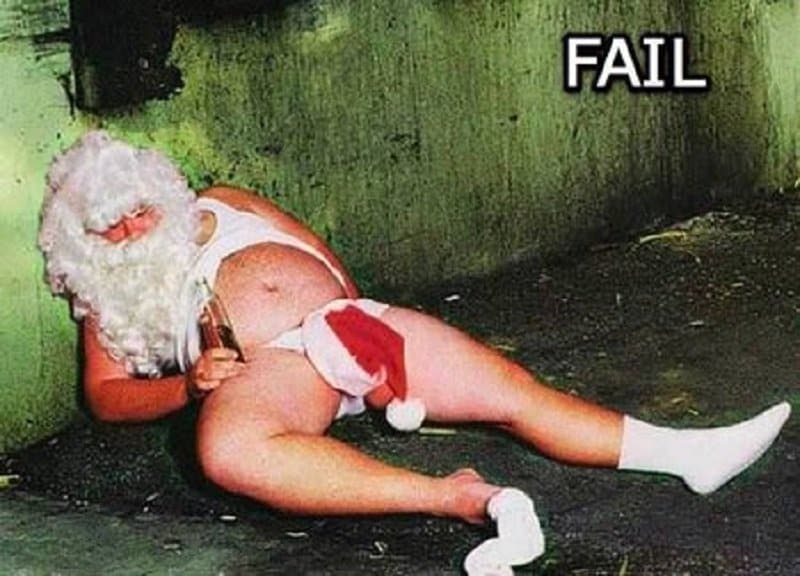 It is a good thing this Santa is passing out after a heavy drinking session. You don’t want this guy steering reindeer after a bender. 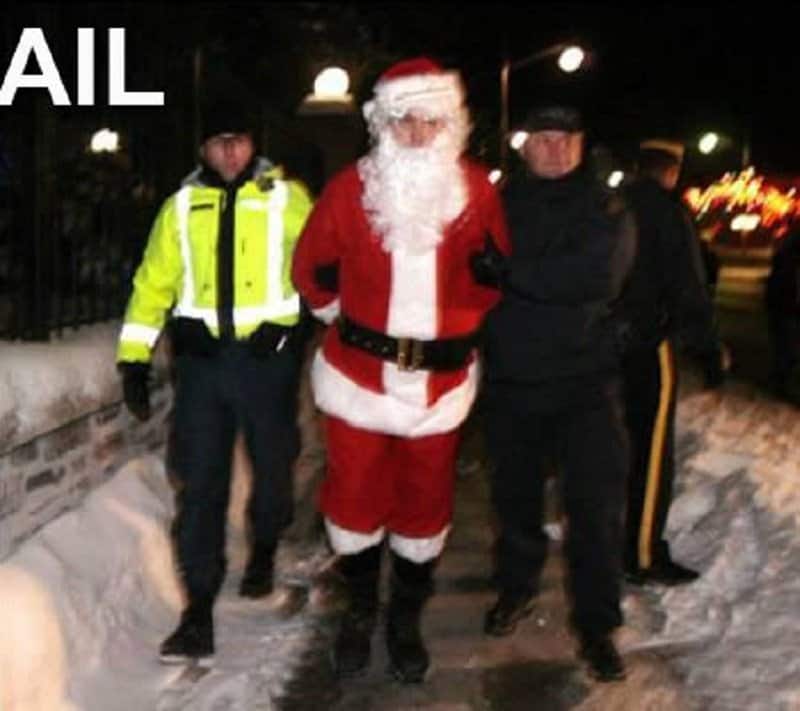 What happens when Santa has been bad all-year long? He gets arrested just like everyone else. 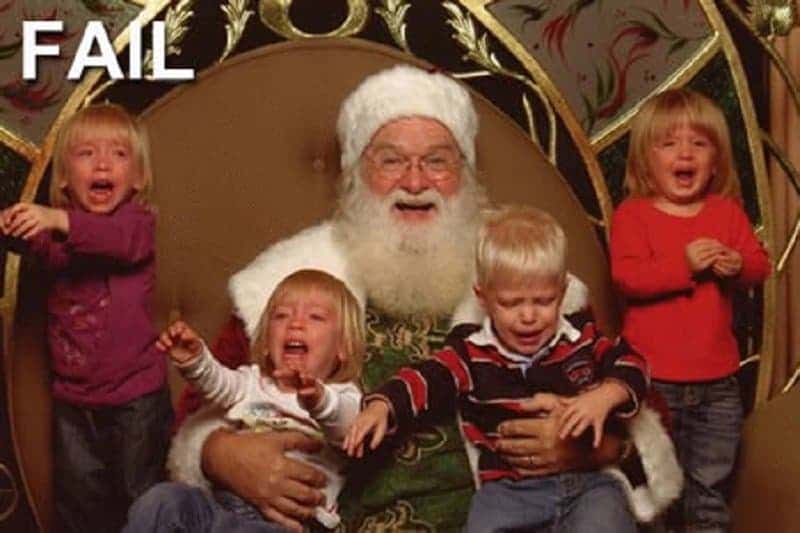 This is the only Santa on this list who looks totally normal, but the kids are still scared of him. Just goes to show how badly Santa’s image has been ruined already.

Hanging Up The Thong 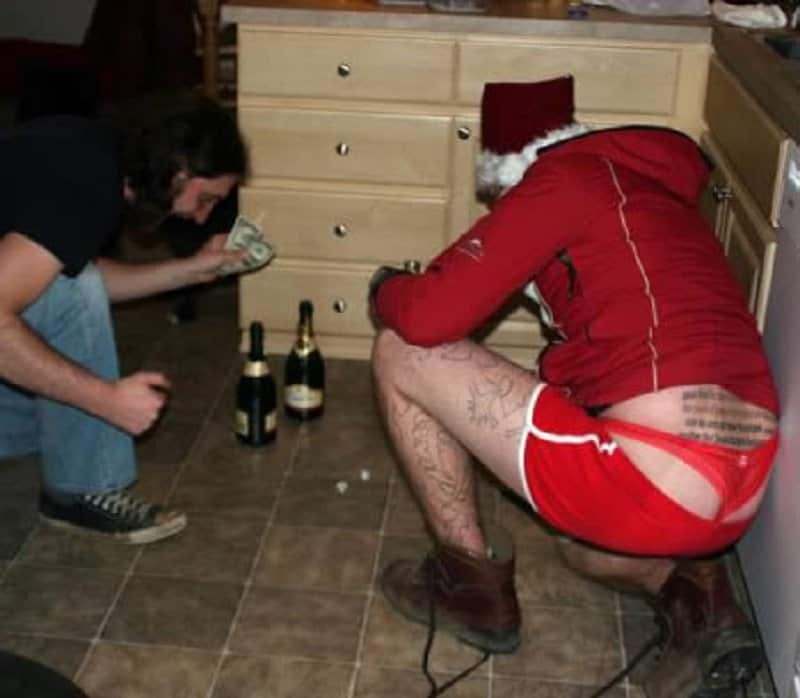 Who says Santa doesn’t have a fashion sense? Sometimes he likes to wear special underwear too, just like all of us. 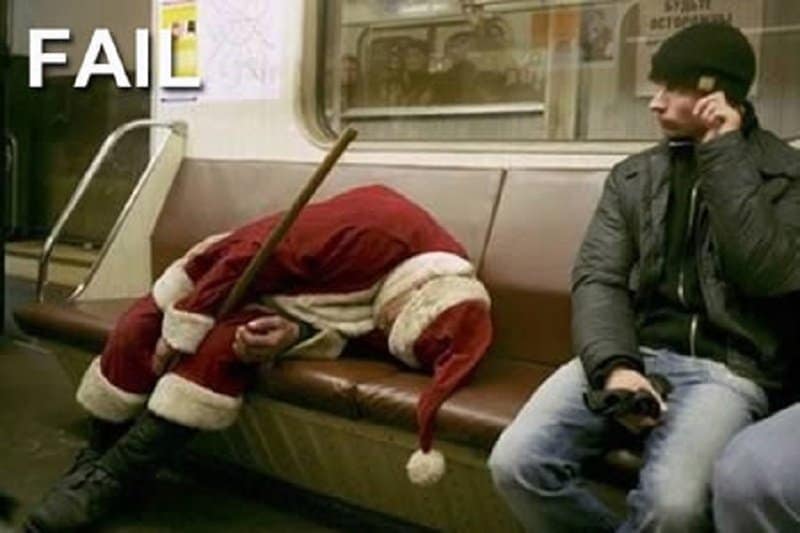 What is Santa supposed to do when the sleigh is in the shop? Ride the train of course! 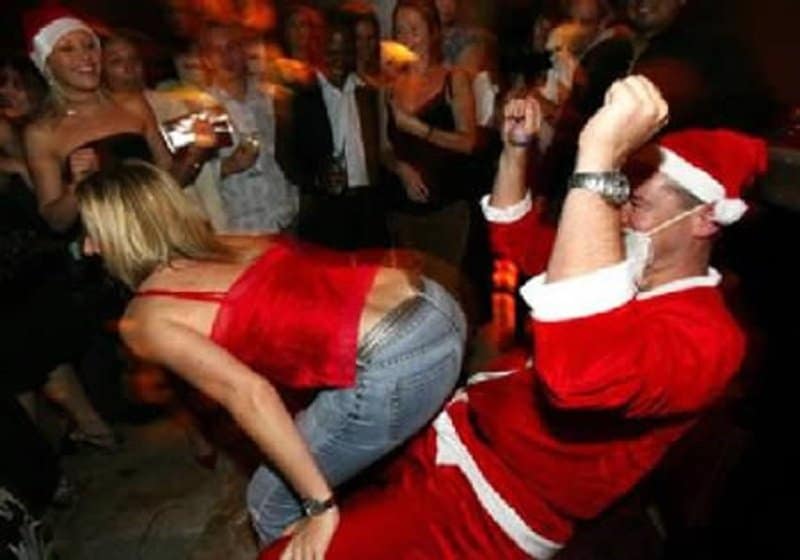 After a long night of delivering presents, it is good to take some time to have some fun, and maybe even get a lap dance. 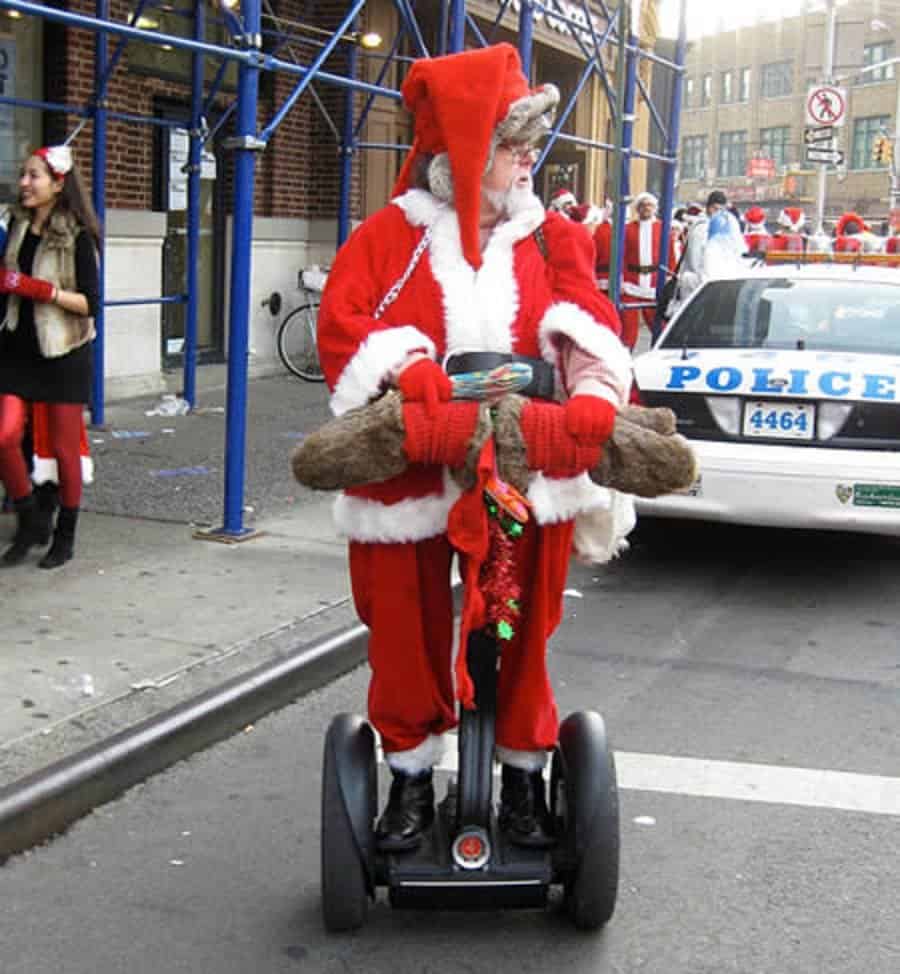 Santa has stepped into the new millennium, and he has bought himself an upgrade for doing such a good job for so long.