10 Of The Dumbest People On Social Media

We’ve all got those people in our Twitter, Facebook and Instagram feeds that we just wish would be quiet before they embarrass themselves more than they already have. These tend to be people that either think they are smarter than they really are, or (even worse) think they are smarter than everybody else. The problem is that they tend to show they are neither of those things by just a couple of social media posts or comments. Even worse, are the people who really aren’t trying to show anybody up but tend to make themselves look silly because they posted something before they really thought it through and because of this, they have made themselves quite a target. Whatever the reason check out this list of 10 people who should get off social media immediately and let us know if you have anyone like them in your feeds. 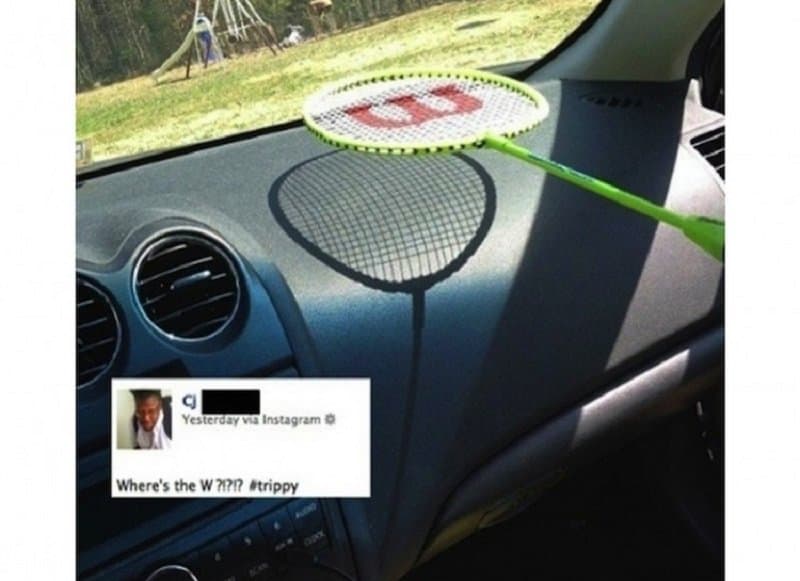 You see, the W is not a cut out but is actually just a paint job. There’s no reason why the paint job would show up in a shadow. It’s #trippy this guy took so long to figure it out, he posted it to social media. 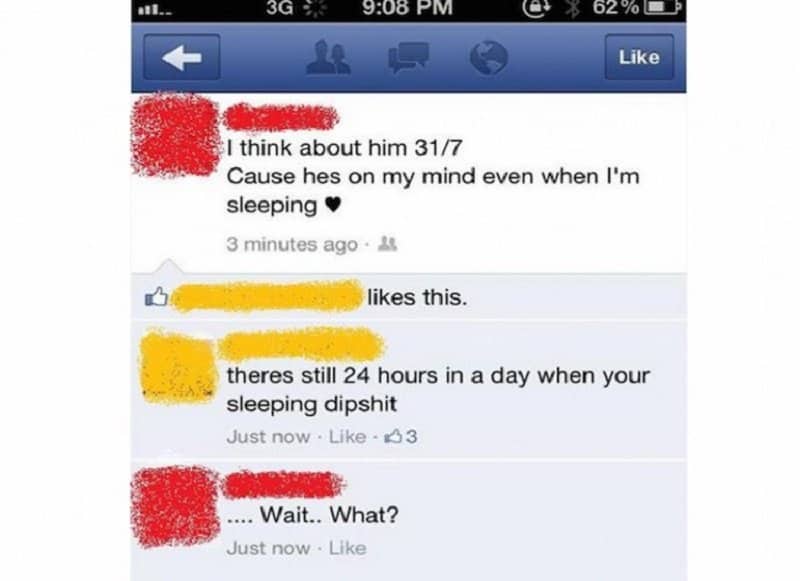 We get how this person arrived at 31 hours. That doesn’t mean it’s a defense, but it’s interesting to think they are awake 24 hours a day.

They Also Just Found Out December 25 is Always Christmas Day 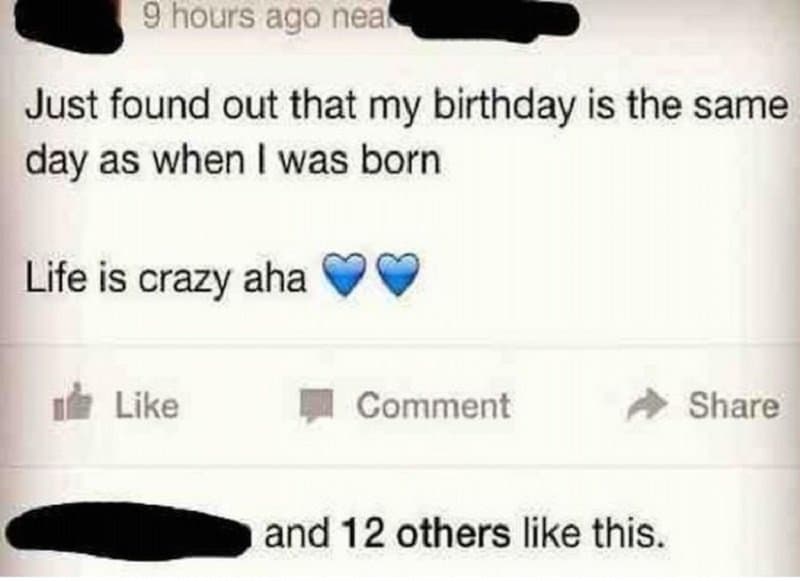 The 12 people who liked this. Do you think they thought this person was kidding? Were they too stunned to correct them? We have to know.

We Wonder If She Was Able To Get Home 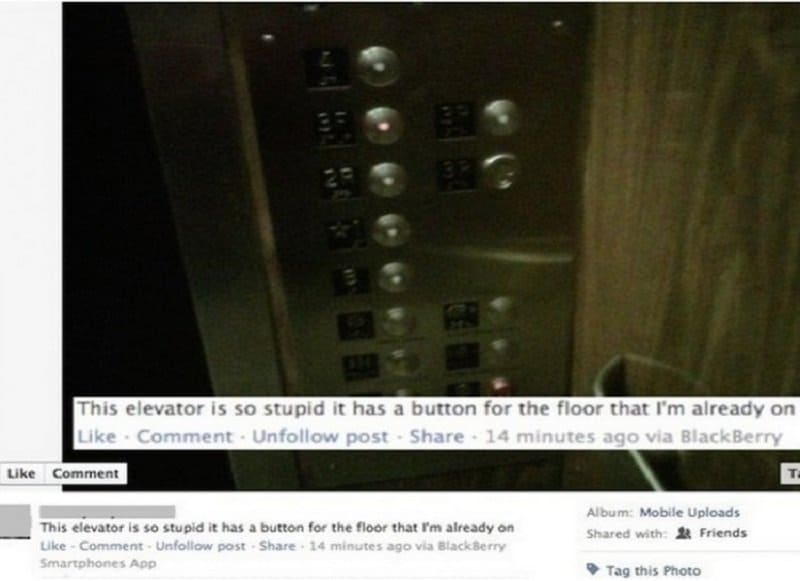 Not only does this person need to get off of social media, she might need to think long and hard about how self centered she is.

Chervon Apparently Thinks All Movies Are Being Filmed As They Happen 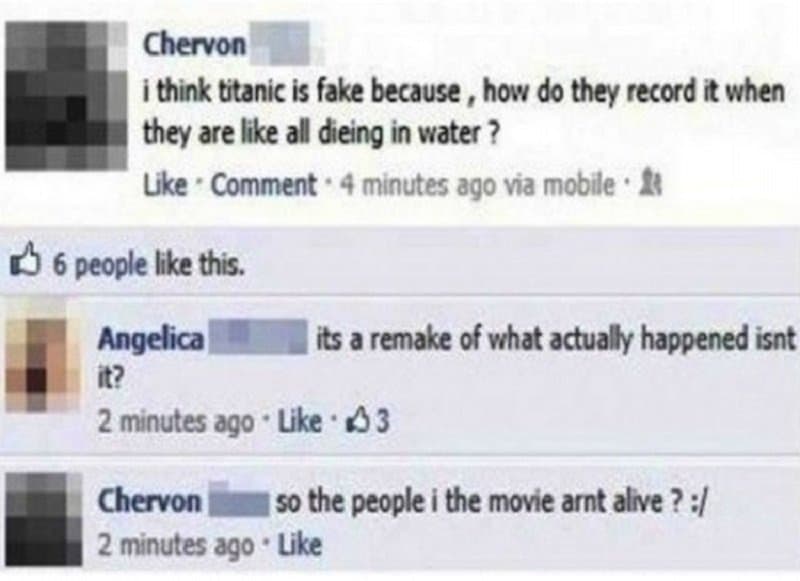 We wonder if she believes she’ll be able to catch sight of Harry Potter if she goes over to London, or the Avengers the next time she travels to New York.

There Are At Least 6 People Smarter Than This Poster 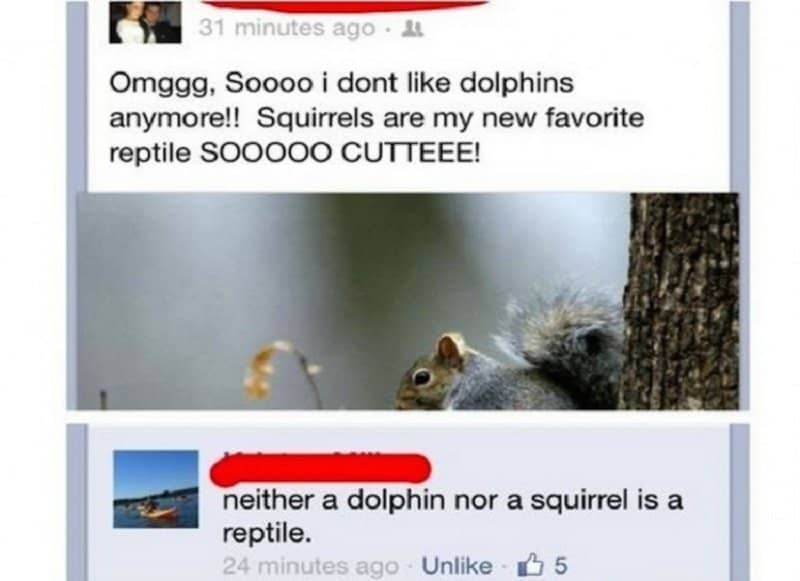 We’ll wait here until you catch why this person needs to get off social media. We hope it takes you less than the seven minutes it took one of her friends.

Technology Is Killing Us 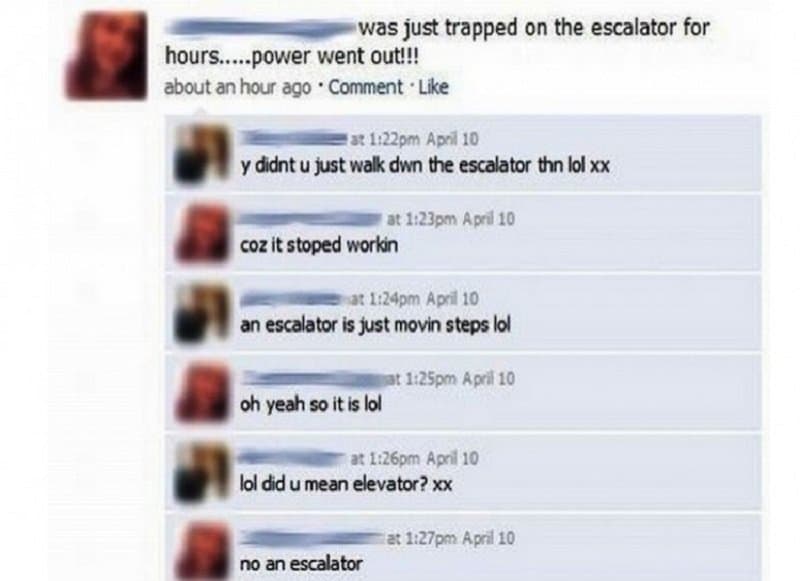 The worst part about this exchange, besides the obvious revelation that this girl didn’t think about just walking down the stairs, was that her friends tried to give her an out and she didn’t take it. The big question here is … how many other people were trapped with her?

That’s Not How It Works, Jenn 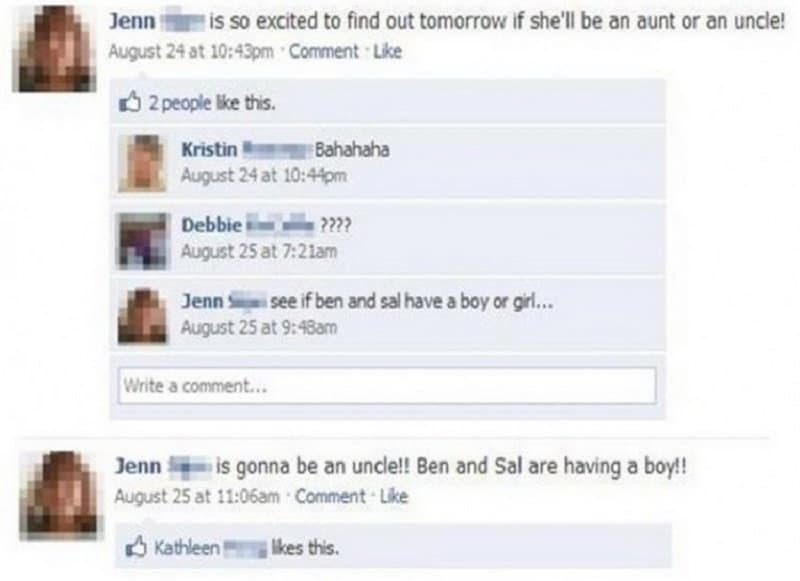 Either this woman doesn’t understand the rules of aunts or uncles, or believes the sex of a child changes the sex of their family members. Either way, her friends trying to help her out to no avail is why she desperately needs to get off of social media.

So Much Wrong Here 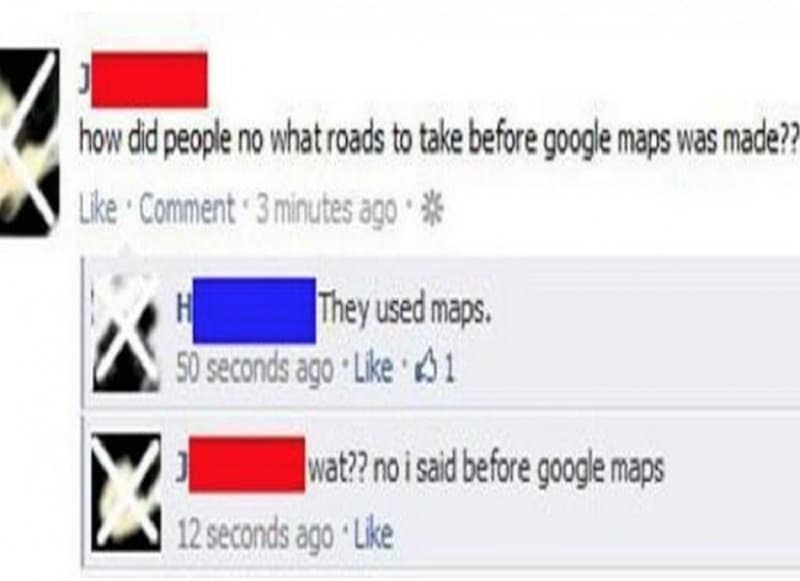 We get that some kids today don’t understand the world existed before they were born but how does someone not realize there was something called a “map” before Google launched a digital version. Also, it’s “know” not “no” 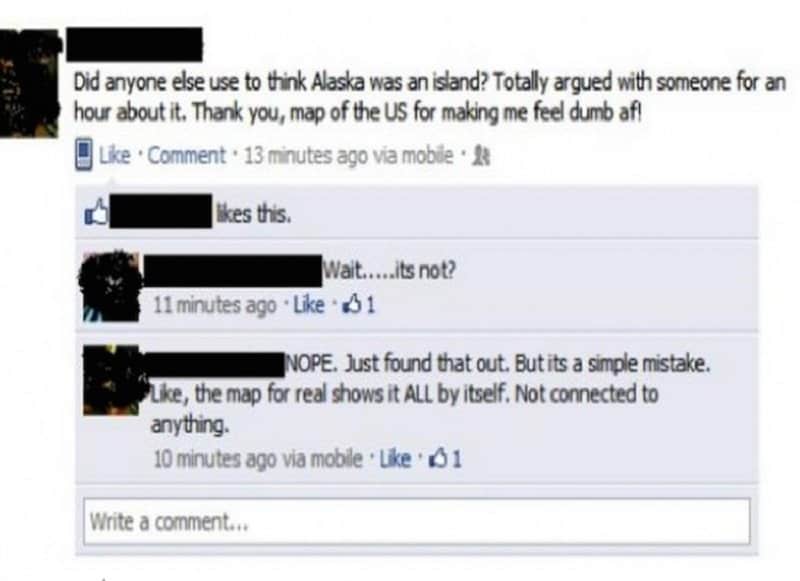 We’re not sure what map this guy is using, but Alaska is very obviously connected to North America. Perhaps this person is thinking of Hawaii, which isn’t a whole lot better.