10 Of The Craziest World Records

People do crazy things all the time. Some of them are so insane and extraordinary that they qualify for a place in the Guinness World Records. These records as we know it came into existence in 1998 through a book named The Guinness Book of Records. Ever since that, people have been trying to prove that they can do something that others can’t. Here is a list of some of the craziest and bizarre world records ever made. Would you dare to do any of these? 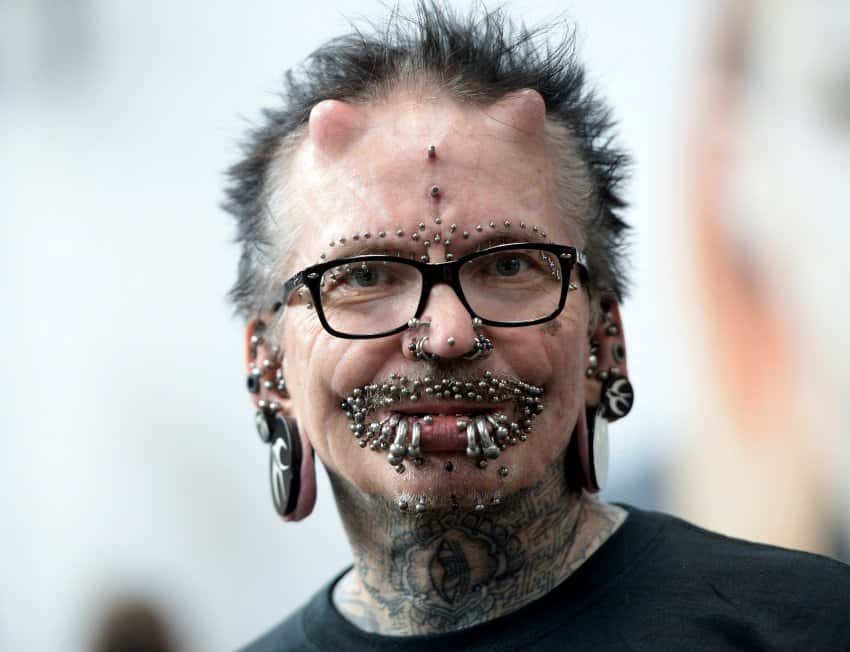 Rolf Buchholz from Germany made a world record in the year of 2010, by presenting himself with 453 body piercings. 278 of those piercings were in the genital area, with 158 of them around his lips. Other pierced parts include both ears, nose, tongue, nipples and eyebrows. 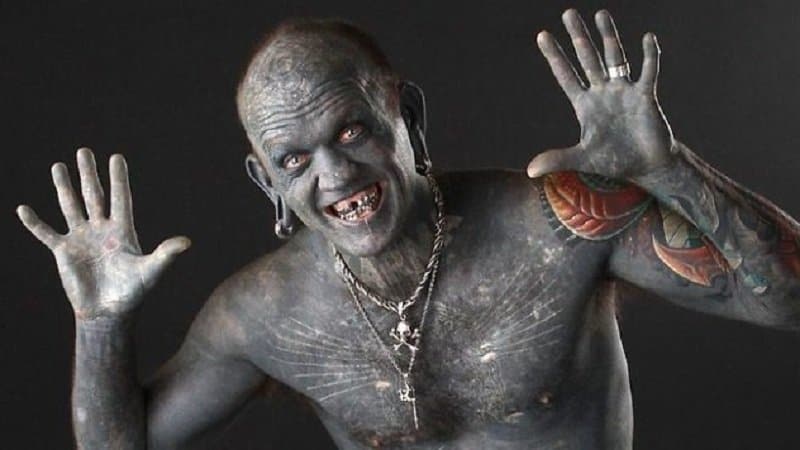 Lucky Diamond Rich is an Australian, who has spent countless hours with many tattoo artists. After getting so many colorful tattoos on his body he moved on to covering his whole body in black ink. Not even the delicate parts of his body have been left out of this. 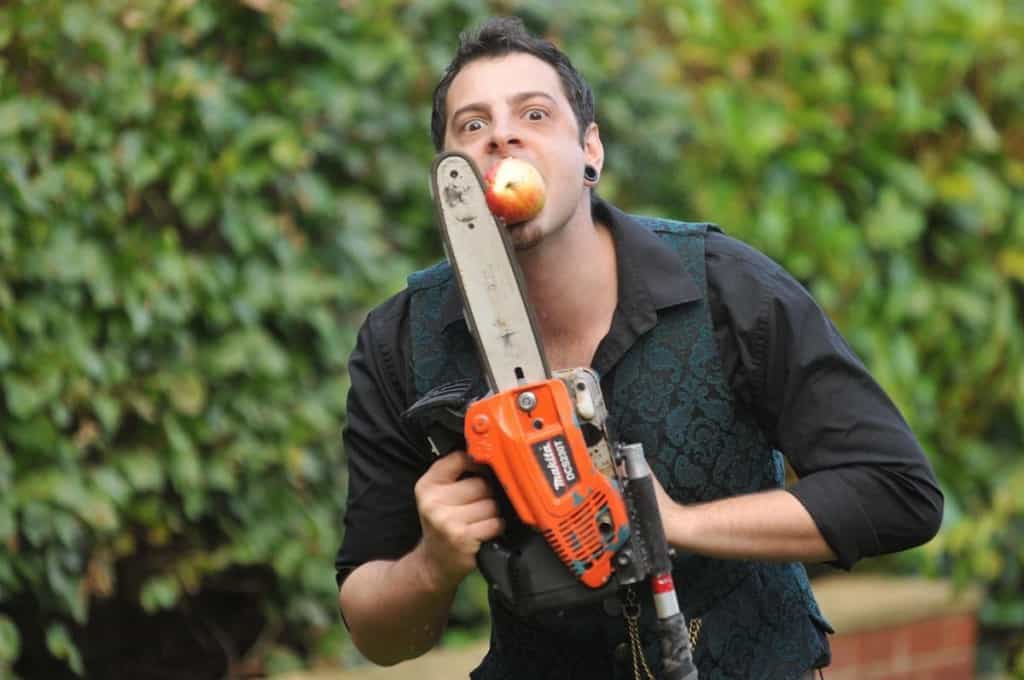 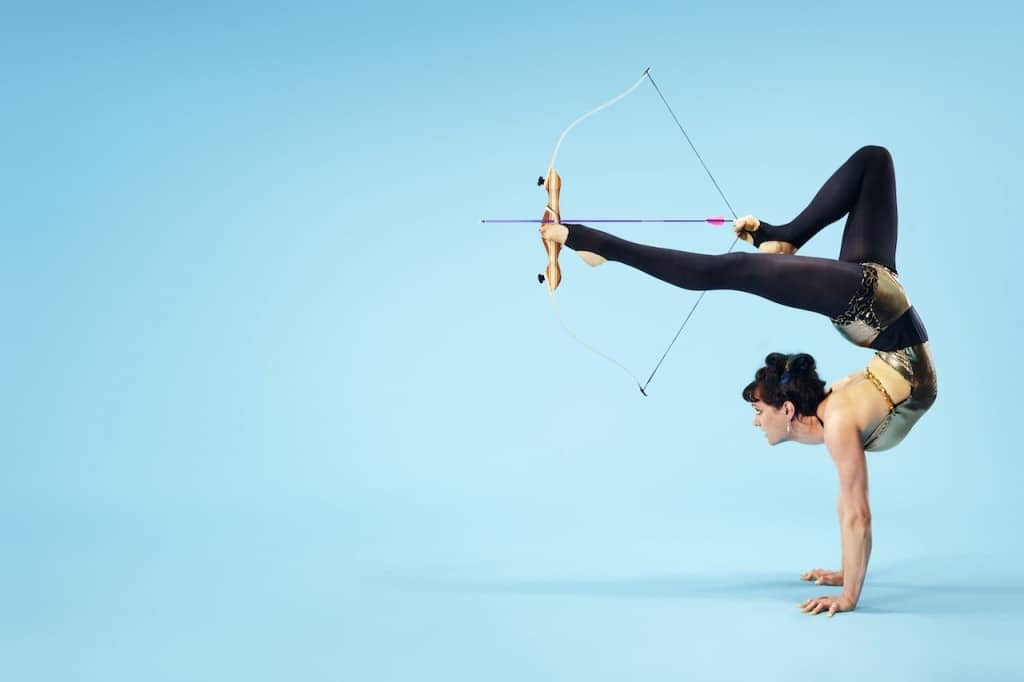 In 2013, Nancy Siefker, an American woman shot an arrow with her feet to a record distance of 20 ft. In this record making performance not only did she manage to shoot it so far, but also she reached within the target diameter of 5.5 inches, which was 6.5 inches better than the required goal. 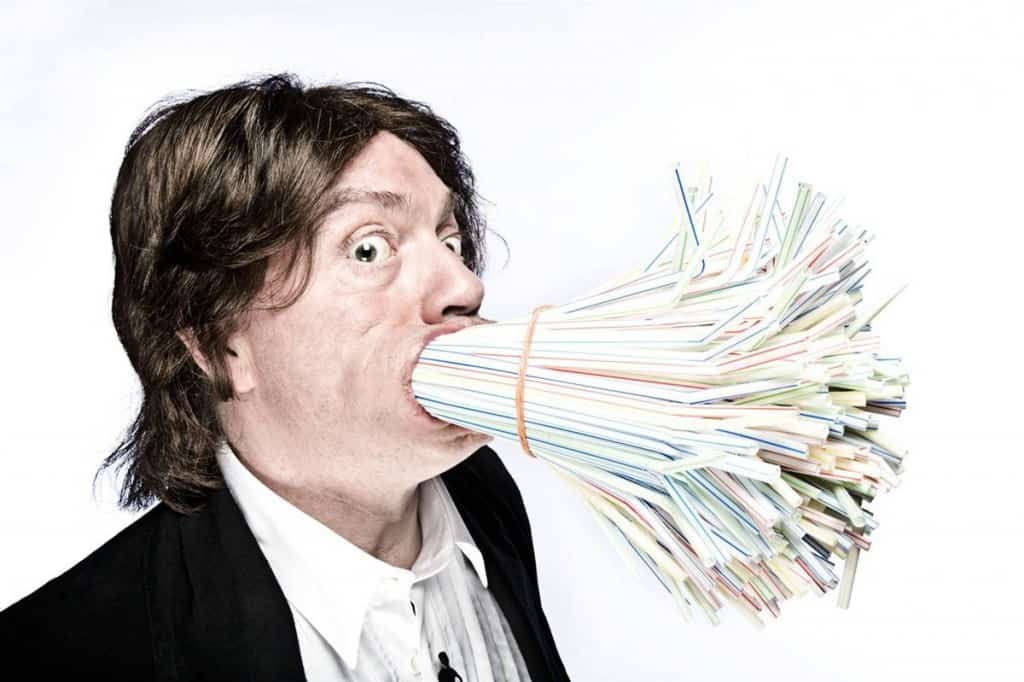 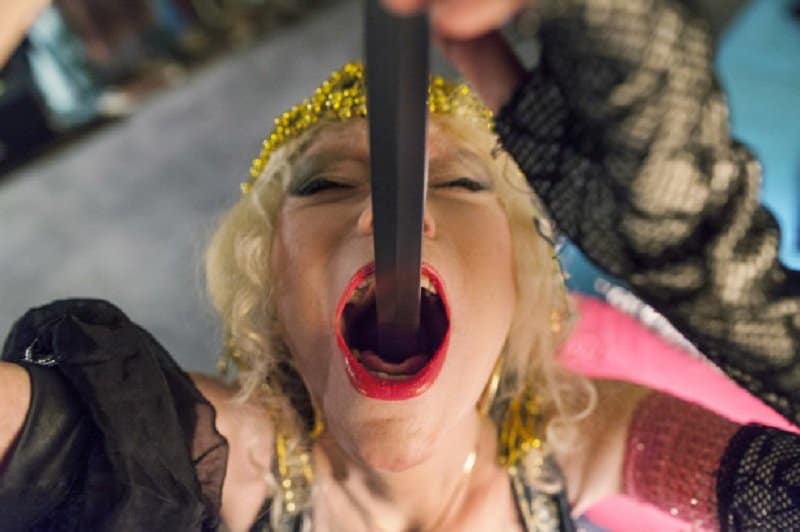 It is crazy to put anything sharp into your mouth, let alone a sword. Natasha Veruschka is an American woman who holds the record for swallowing a 58 cm long sword. In 2009 she put this sword into her mouth all the way in front of a dumbfounded audience. 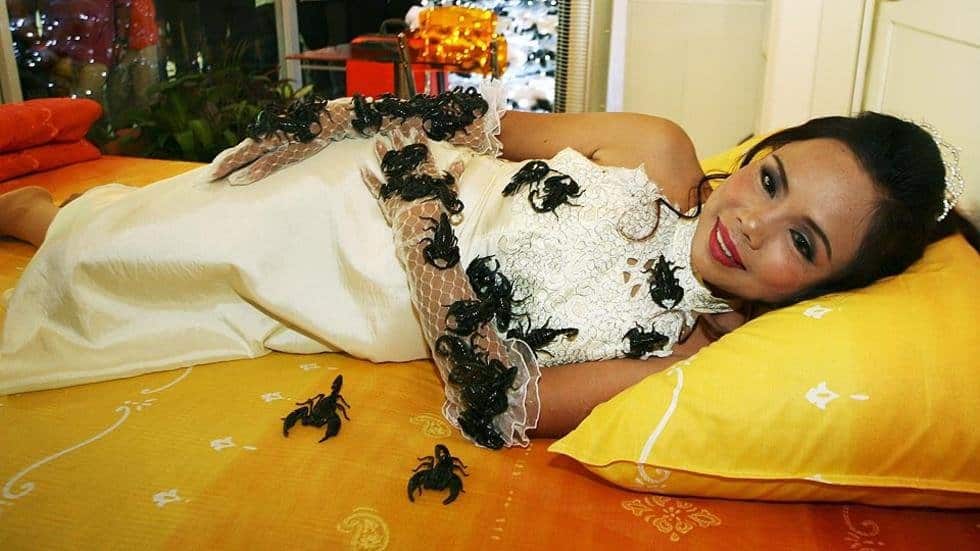 Kanchana Ketkaew from Thailand, stayed in a glass 12 m² room for 33 days with more than 5000 scorpions inside that room. During this crazy stunt she was stung by those scorpions 13 times but lived to tell the sale without any serious injuries. 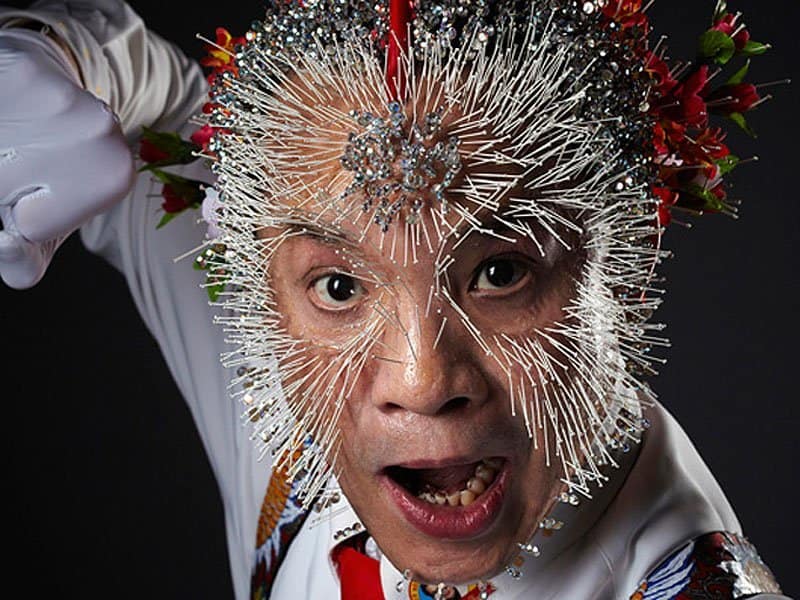 Getting poked in the face with one needle is painful enough. In 2013, a man named Wei Shengchu from China poked his own face with 2188 needles. He used acupuncture needles and has been breaking this record over and over again when someone else takes his place. 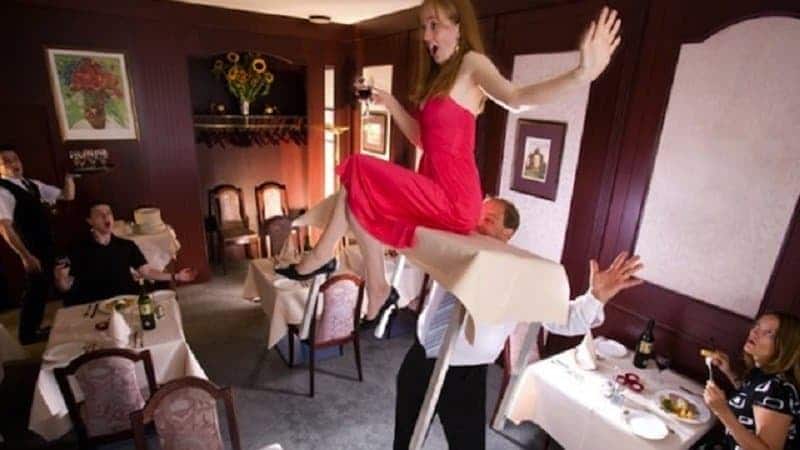 Georges Christen from Luxembourg carried a table with his teeth to a distance of 11.8 m. Not only did he have to carry the 12kg weight of the table but also a 50kg girl on top of it. This event which took place in Madrid, in 2008, landed among the most extra ordinary records right away. 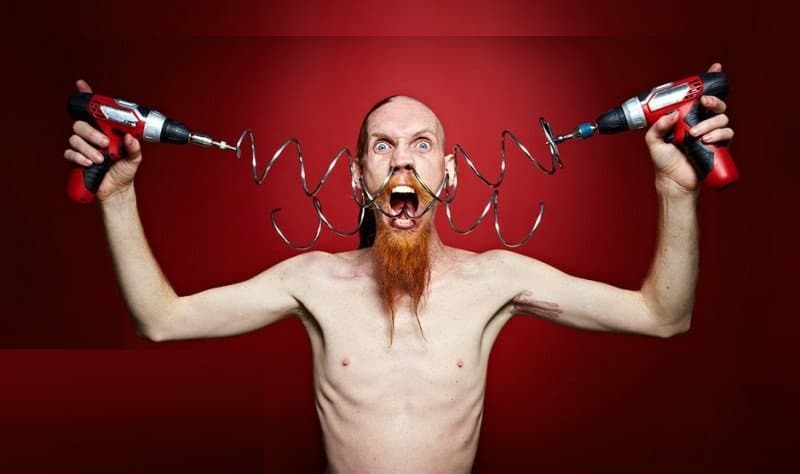