10 Of The Craziest Cargo Spills In Recent Times

Truck accidents happen a lot more often than most people would like to admit. These long-haul truckers grow tired after driving for thousands of miles, and mistakes are often made. Thankfully, a lot of the cargo that ends up being spilled on the side way is harmless – most of it is food or dry goods available for sale at your local chain store. Of course, every now and then, a big spill will cause chaos and problems for the surrounding area. Here are ten of the crazy cargo spills in recent times. 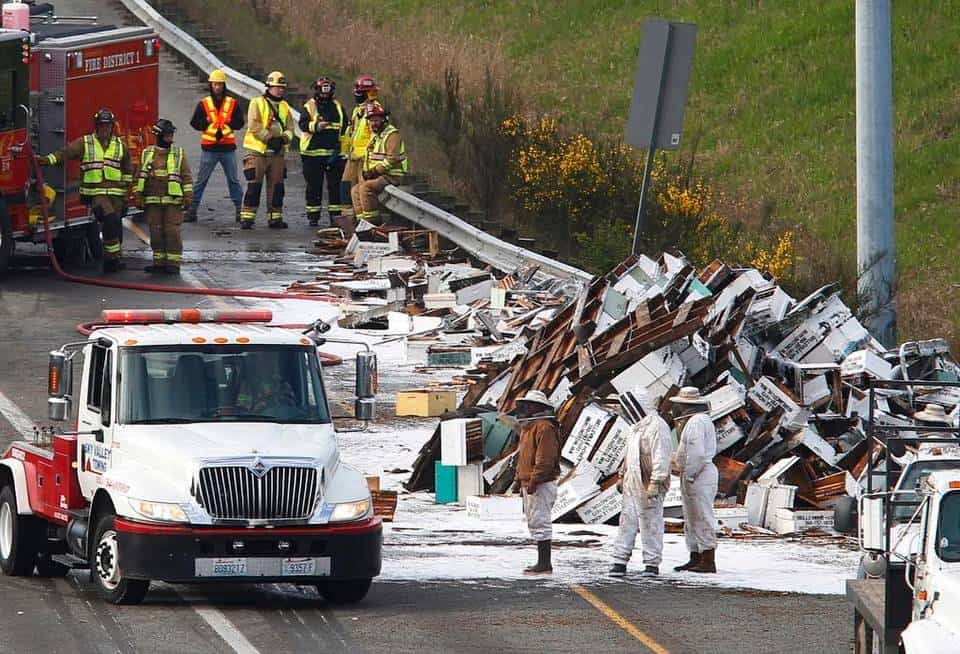 Just last year, a portion of the highway in Seattle, Washington, was closed down after a truck overturned. 13.7 million bees were released into the world after the accident and people were ordered to stay away from the area until the bees had been recaptured. 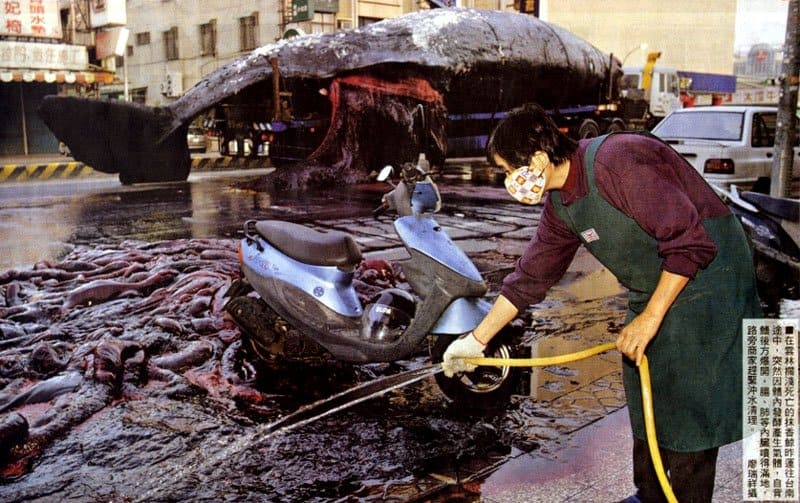 Pedestrians and vehicles alike found themselves covered in blood and whale guts after a whale that was being transported through the city of Tainan, Taiwan, in 2004, exploded. The massive sperm whale was headed to a research center when the incident took place. 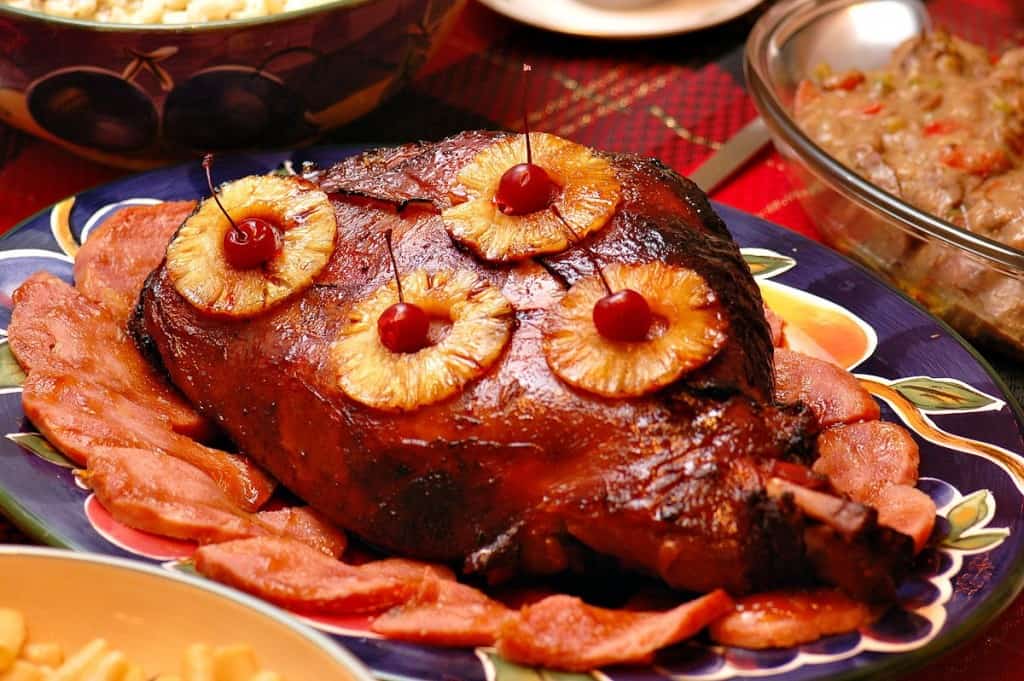 In Georgia, Christmas was ruined one year after a large truck carrying nothing but ham overturned. This accident occurred in December of 2013. The overturned truck lost 80,000 pounds worth of Christmas hams. 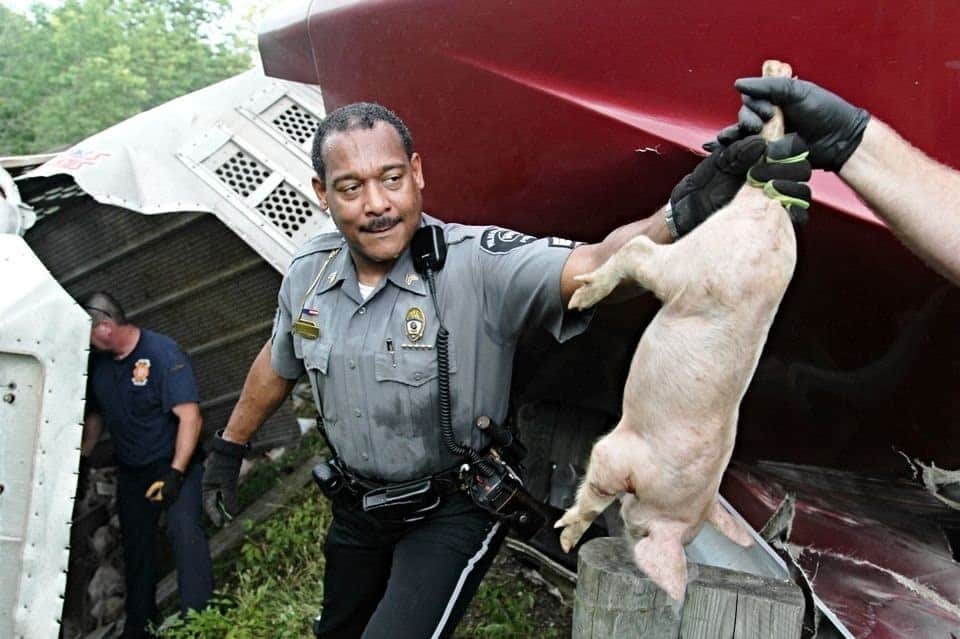 In Ohio, over 2,200 piglets were released or injured when a truck took a tumble off the side of the road. The crashed truck released most of its load, which were thousands of piglets. Thankfully, most of these were captured by authorities. 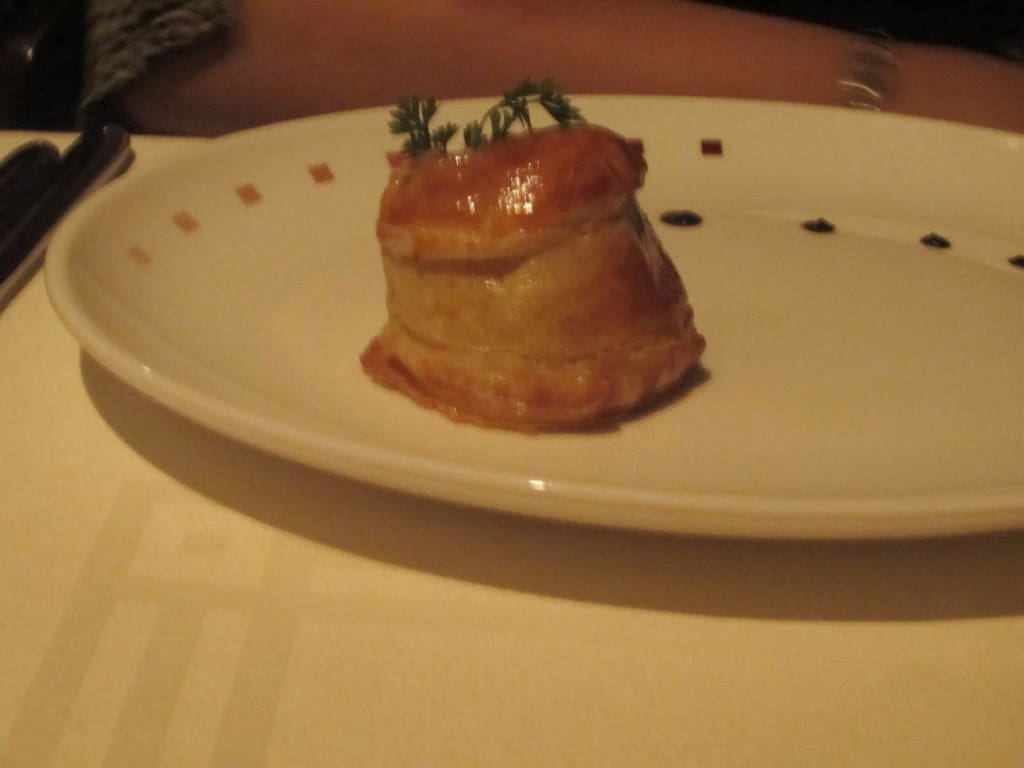 Back in the summer of 2013, a semi-truck near Salt Lake City spilled with over thirty-seven tons worth of crab meat., with the entire load being worth around $176,000. The crab meat was spilled over the freeway when the truck carrying it drove into a sign post. 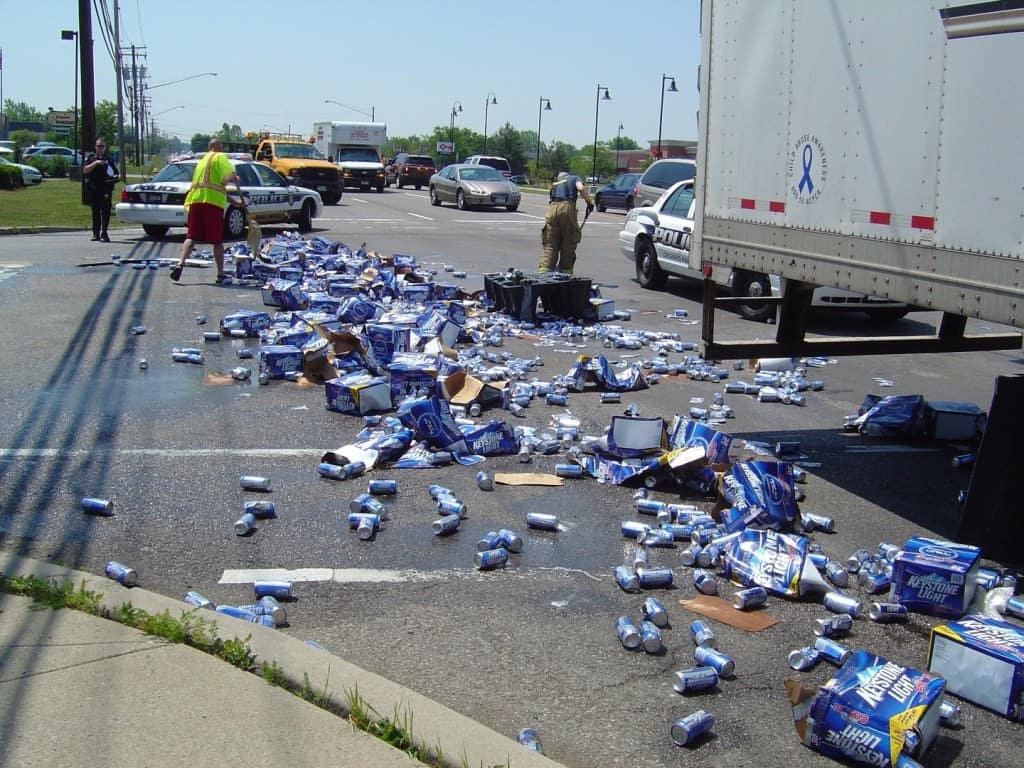 A truck recently overturned with thousands upon thousands of Keystone Light beers, to the dismay of alcohol lovers around the country. The truck overturned on the Colorado Highway 58. 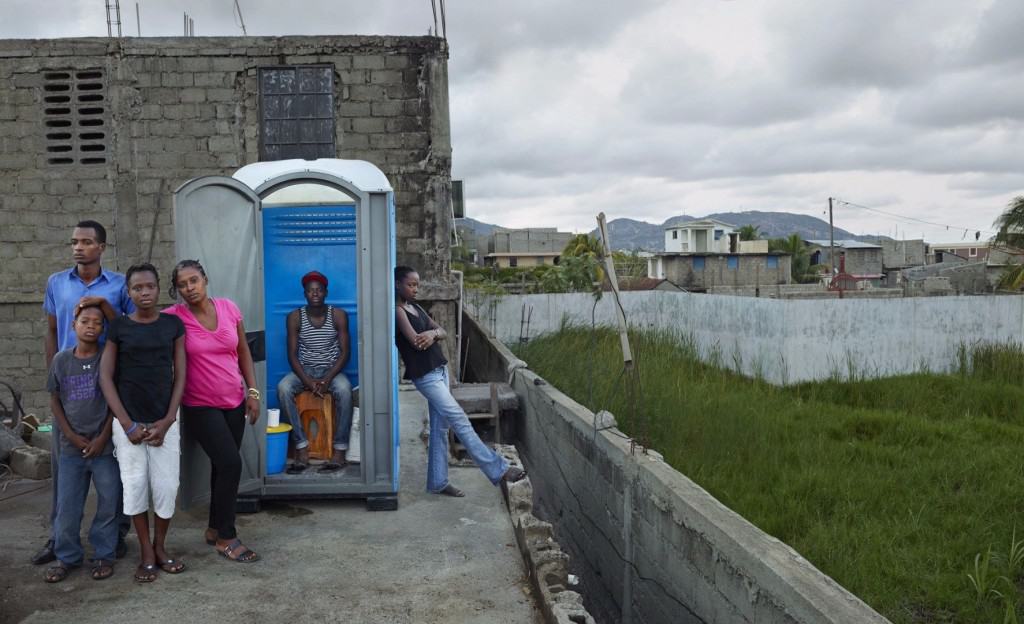 Last year, in Bellingham, Washington, a five-mile back-up was caused after a large truck carrying 20 gallons worth of Porta-Potty waste was lost all over the road. The cleanup project cost a lot of manpower and hours. 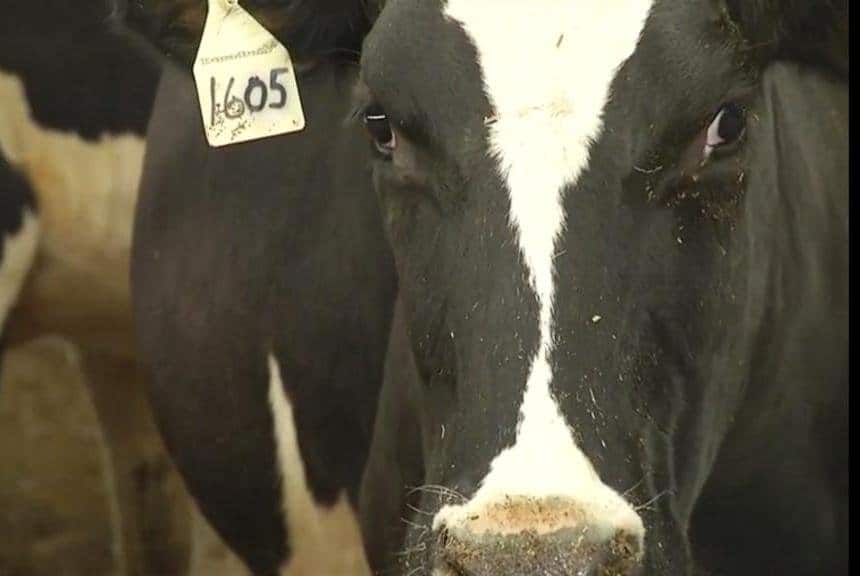 Along the Nashville interstate, the entire road was shut down after a Greyhound bus crashed in 2011. Over $70,000 worth of bull semen, which had been frozen for transport, was spilled onto the road. Police and fire officials arrived to handle the scene. Let’s just hope they had a lot of tissues handy. 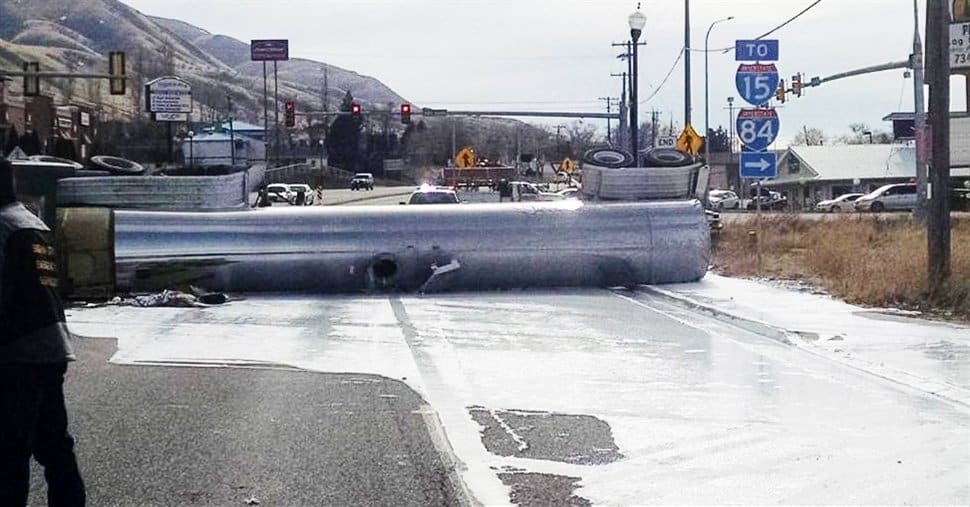 Sweet cream may be nice, but nothing was sweet about this accident in Utah. A truck caught fire, then the driver slammed on the brakes, tossing almost 6,000 gallons worth of sweet cream onto the road. 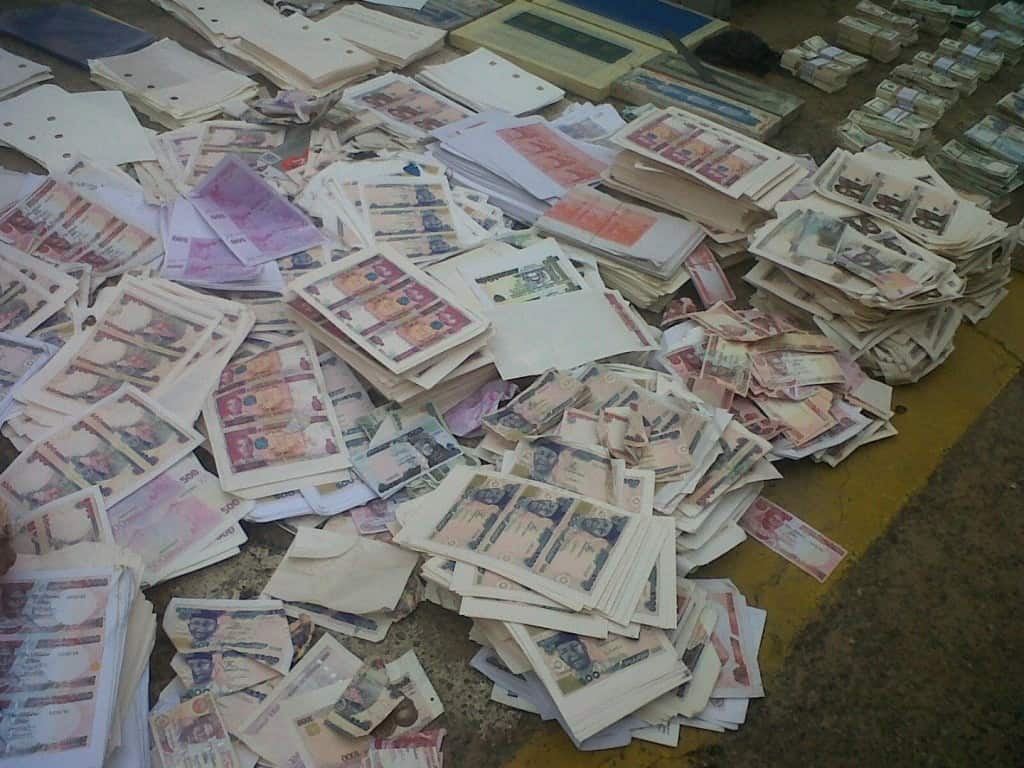 Two million euros were available for anyone to grab after a truck overturned in Italy. Highway workers came together quickly to collect the coins that had landed all over the ground. They lost over 10,000 euros to passerby, though.