10 Of The Craziest Adult-Only Attractions And Theme Parks

We often equate theme parks to kids and family fun. Roller coaster rides, themed lands and cartoon mascots all make up the basic elements of a good theme park. Who didn’t have great memories of theme parks as a kid? But who says theme parks are all just clean fun? Not all parks are created alike — and some of them are not rated PG. We have compiled a list of top theme parks and attractions that are for adults only. Enjoy. 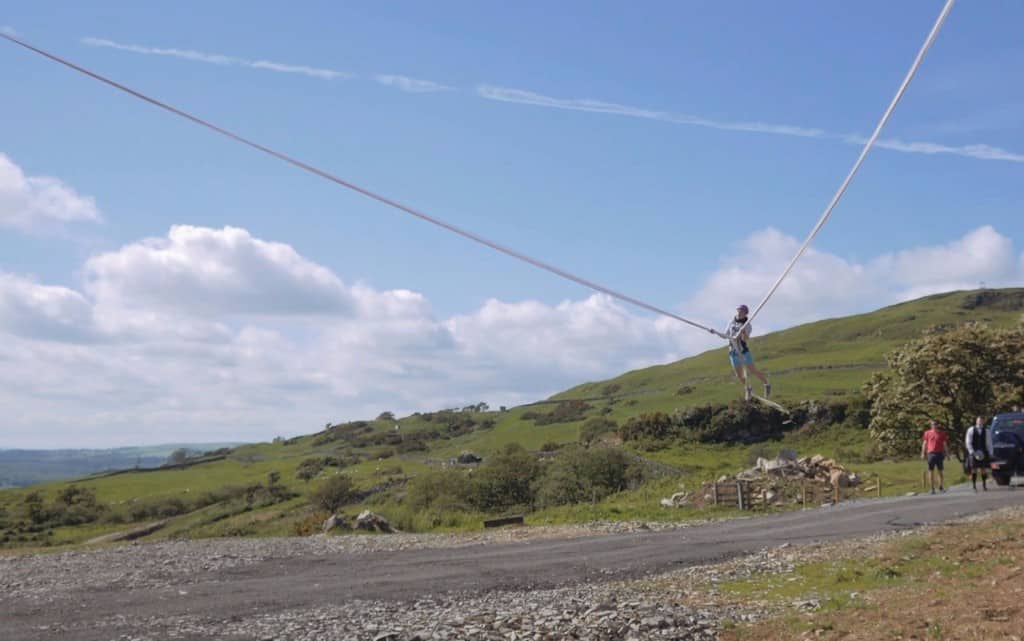 Some park rides are, well, bad ideas. One example is the Human Catapult Ride at Middlemoor Water Park in UK. For 40 GBP, riders can go on a massive medieval style catapult and get flung through the air at 60mph, before you get caught in a net 75 ft. away.

Since the ride opened it had caused several injuries and accidents. The ride proved deathly when in 2002, a 19-year-old student from Oxford took the ride, missed the landing net and was ultimately killed. 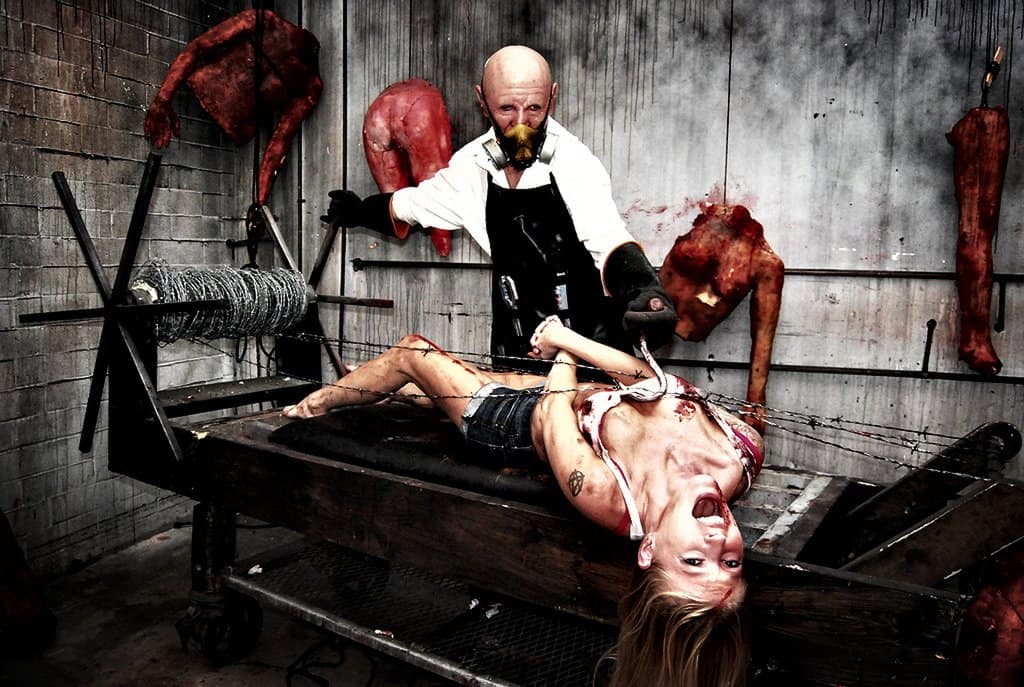 Atlanta’s Chambers of Horror is an extremely disturbing and horrifying haunted house, which is bound to give you nightmares for years. The house is the brainchild of talented artists Luke Godfrey & Rene Arriagada, who both worked in Hollywood on shows such as The Walking Dead. 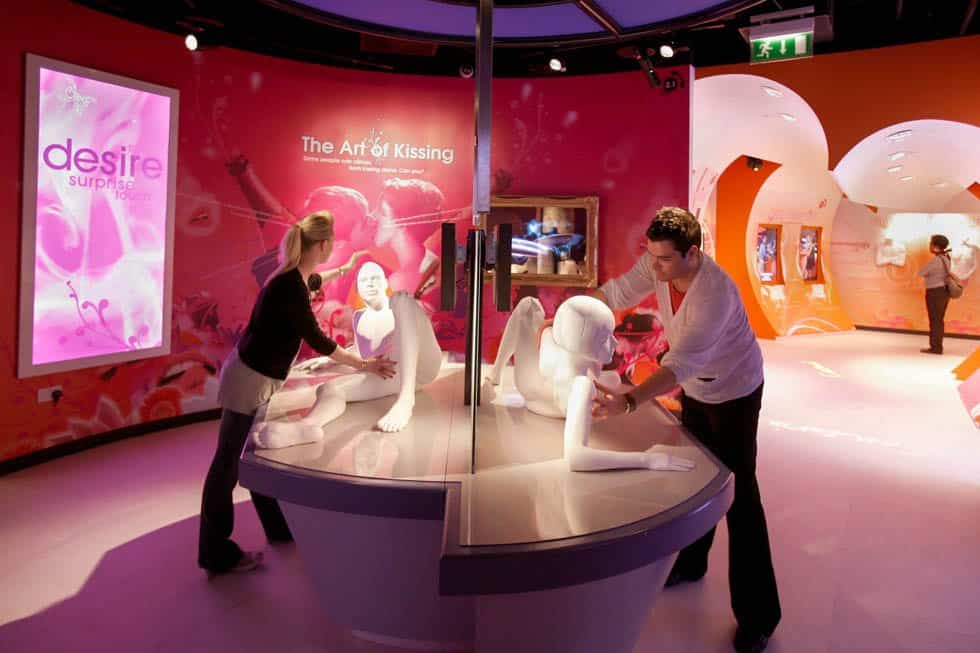 Museums are all about education and learning, but Amora is nothing like the museums you’ve been to in school. Amora is known as the ‘Academy of Sex’, and much like an erotica museum. 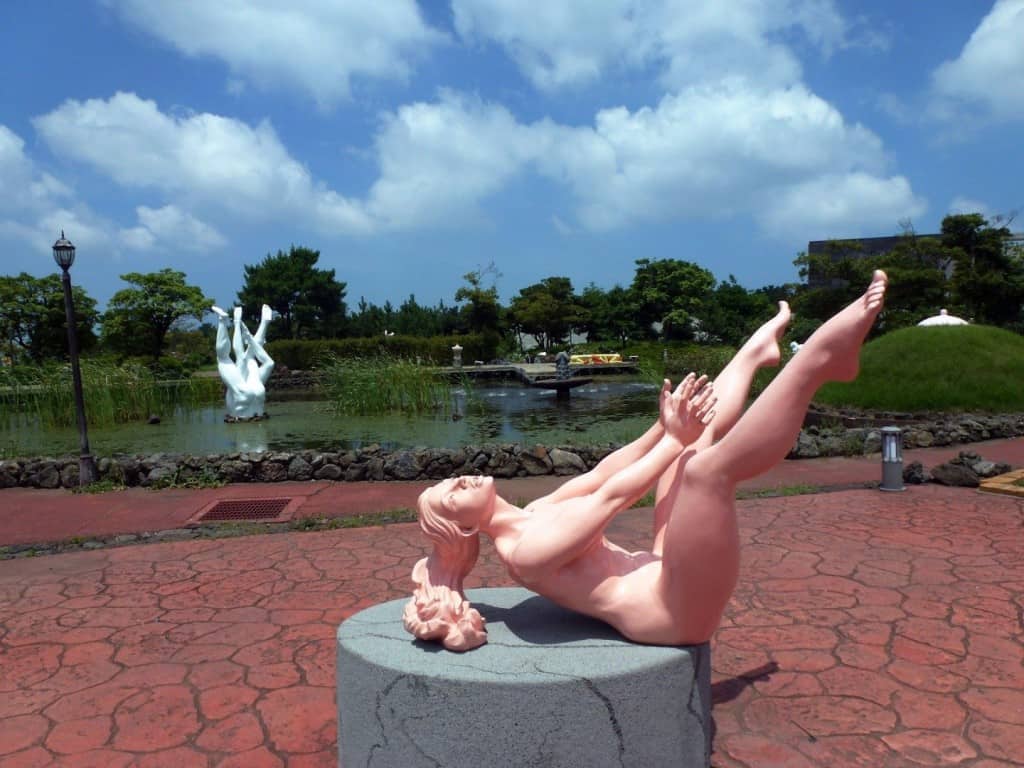 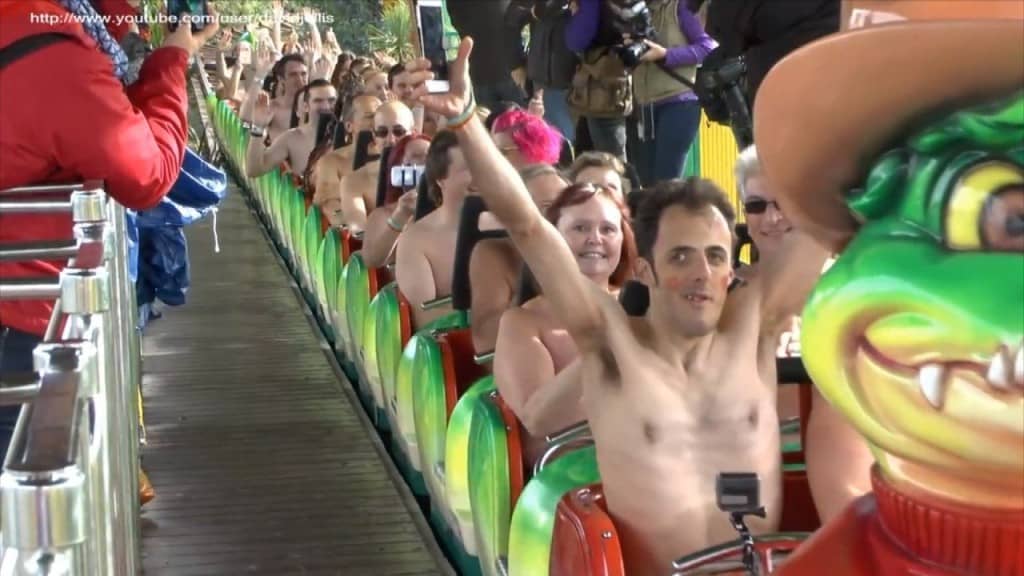 Last 2010 dozens of nudists took part in the effort to break the Guinness World Record to raise money for charity. They broke the world record with 102 people, who rode the Green Scream Rollercoaster at Adventure Island, Essex, United Kingdom. The effort raised 22,000 GBP for Southend Hospital Foundation’s Keyhole Cancer Appeal. 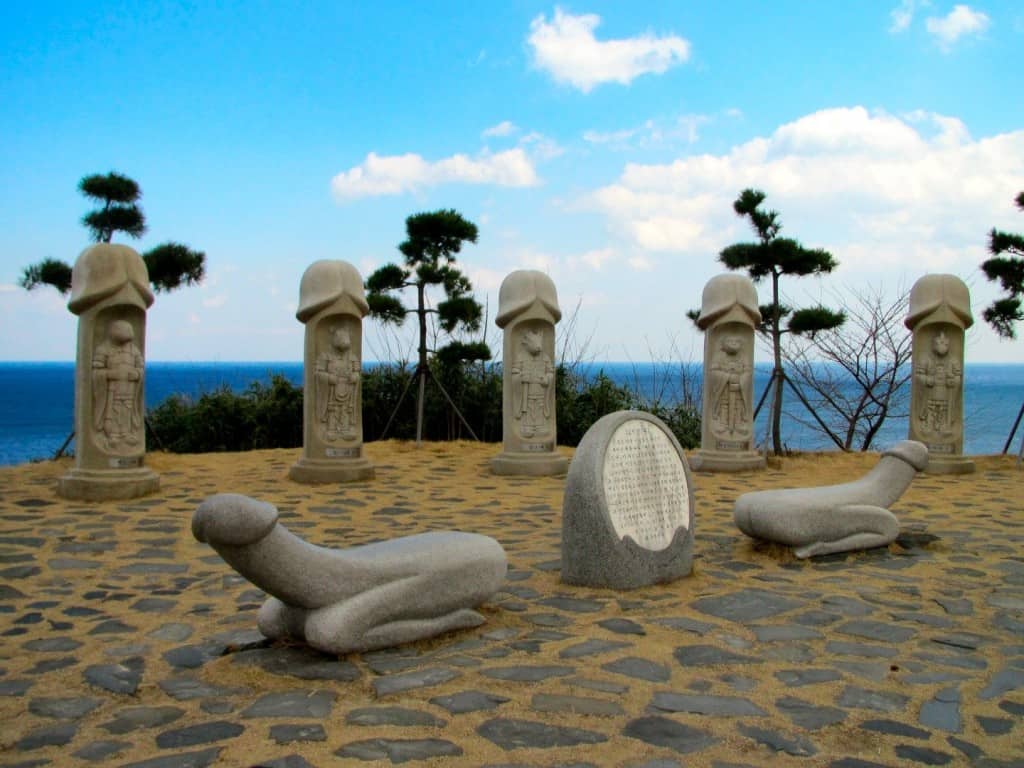 This is Haeshindang Park and popularly known as “Penis Park” in Sinnam, South Korea. The legend goes that the park was dedicated for a young virgin girl whose fisherman boyfriend left her on a rock while he caught fish at sea. A storm came and she died. After her death, villagers are now unable to catch fish, hence they tried to please the virgin by creating giant wooden penises to appease her spirit–and apparently, this strategy worked.

Now the parks has dozens of phallic statues, with various sexual icons and art from various cultures, shaman rituals as well as history of the local fishing community. 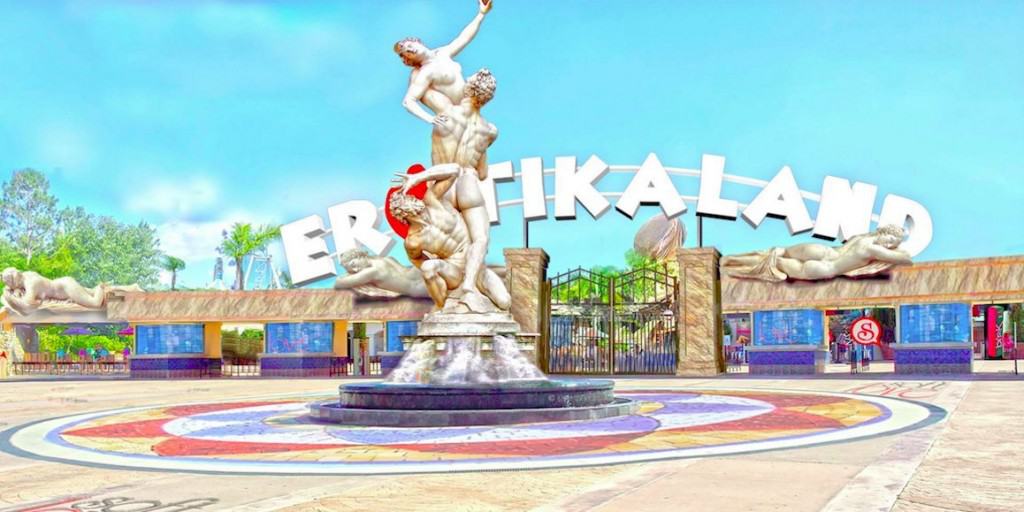 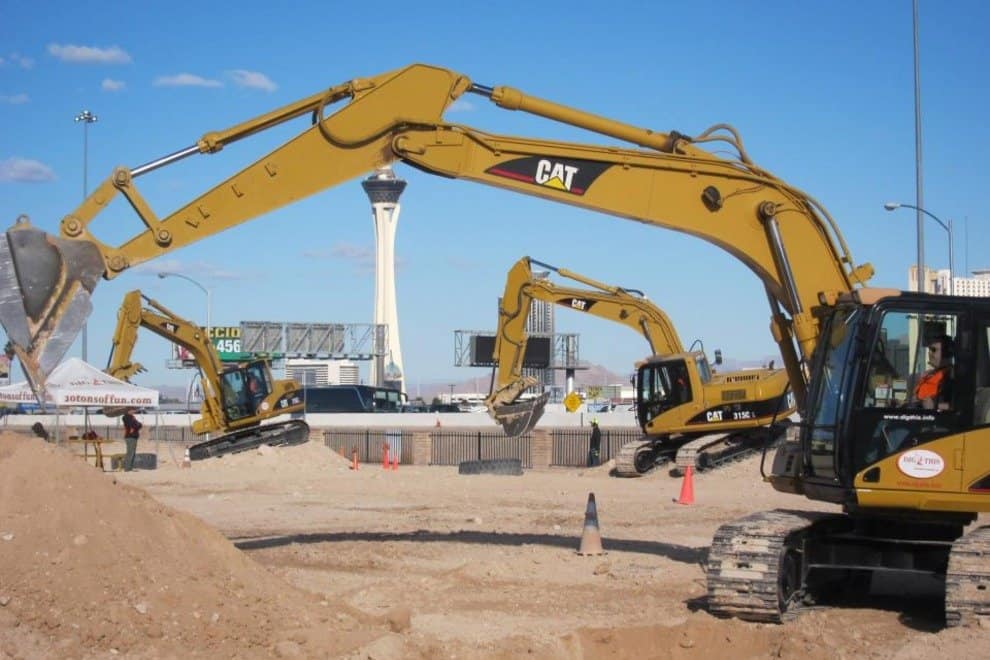 Dig This is a construction-themed park which basically features a massive sandbox full of obstacle courses, challenges and activities as you make your way through as you operate bulldozers, excavators and other heavy equipment. All activities are for adults only. 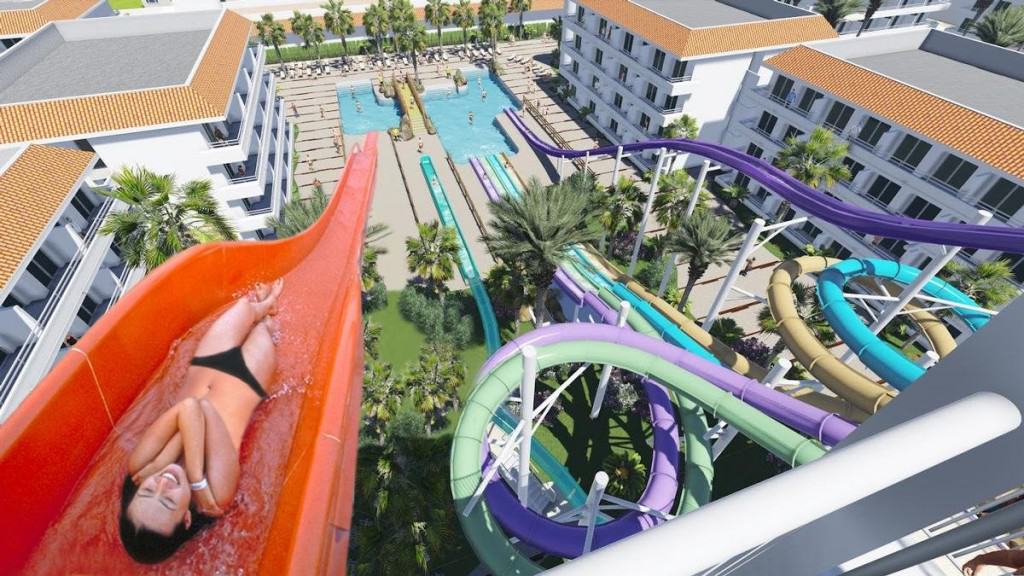 There is a brand new water park that is adult’s only–and it’s friggin’ awesome. The new BH Mallorca had just opened in 2015, and is an off-shoot from their Ibiza resort. BH Mallorca features 656 suites, adrenaline-rush water slides, a 360-degree human roller coaster, and twice-a-week sets by famous international DJ’s! It’s so awesome that Sunday Times’ 100 Best Holidays 2015 proclaimed: “the genius who came up with the concept of the first adults-only waterpark deserves a knighthood.” 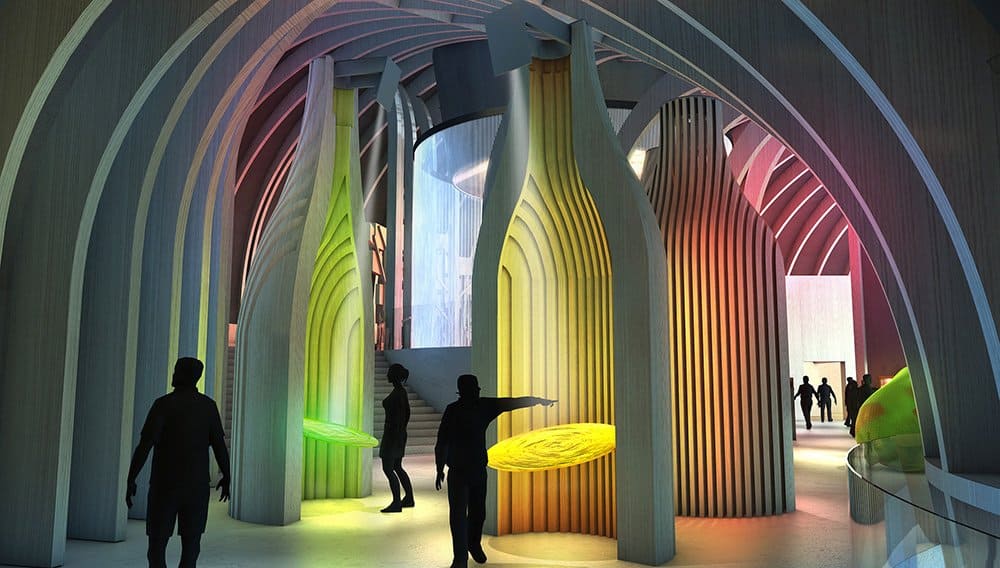 Do you know there’s a theme park free from screaming kids & filled with alcohol? Sounds like paradise for most adults! The place is known as Cité du Vin with literally means ‘City of Wine’, in Bordeaux, France.

The place features 20 wine-themed exhibits and sections all about wine–history, culture, and then more. There aren’t any rides, except for one simulated boat ride featuring a wine merchant sailing around the world.