We are part of a complex ecosystem that involves millions of other species on our planet. Human beings are also the one species that is found everywhere on Earth and we tend to affect our planet more than all other species put together. As the most conscious beings on our planet, it is our duty to not just preserve the best interests of our fellow living beings, but to also help them flourish in this world. Unfortunately, we tend to seldom worry about plants or animals and this is why the environmental degradation on our planet is worse than ever. There are a few people who dedicate their lives to this cause, and we should draw inspiration from them in order to help make a positive change. This list features 10 inspirational photographs of people helping animals that are sure to warm your heart. 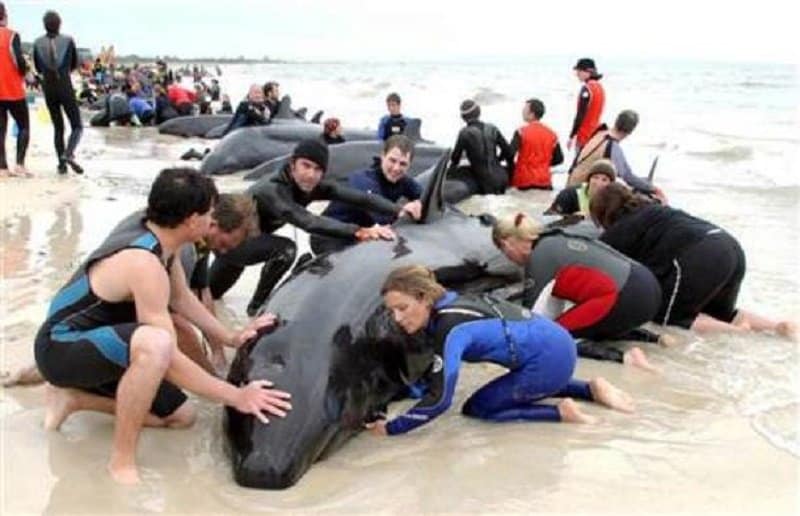 This killer whale nearly died on the beach before a large group of volunteers came together in order to move the mighty mammal back into the ocean. 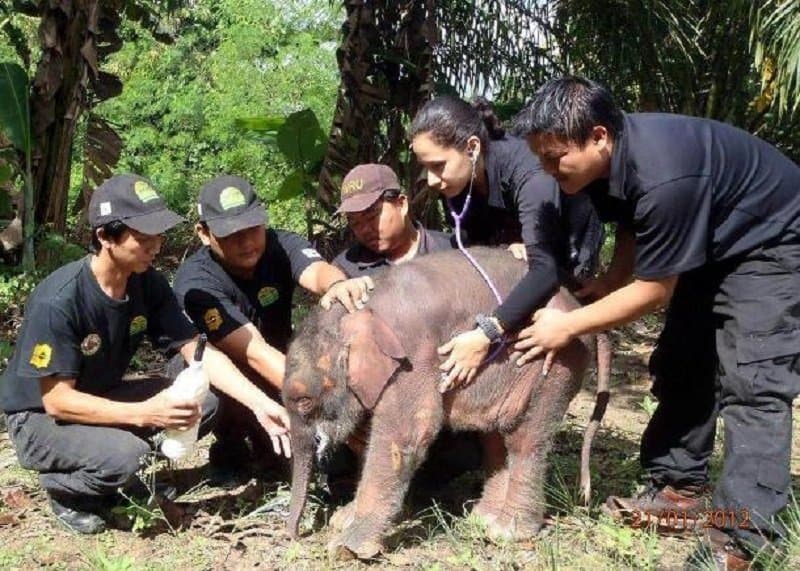 This adorable baby elephant got to grow up to become a majestic creature thanks to the attention it received from this medical team. 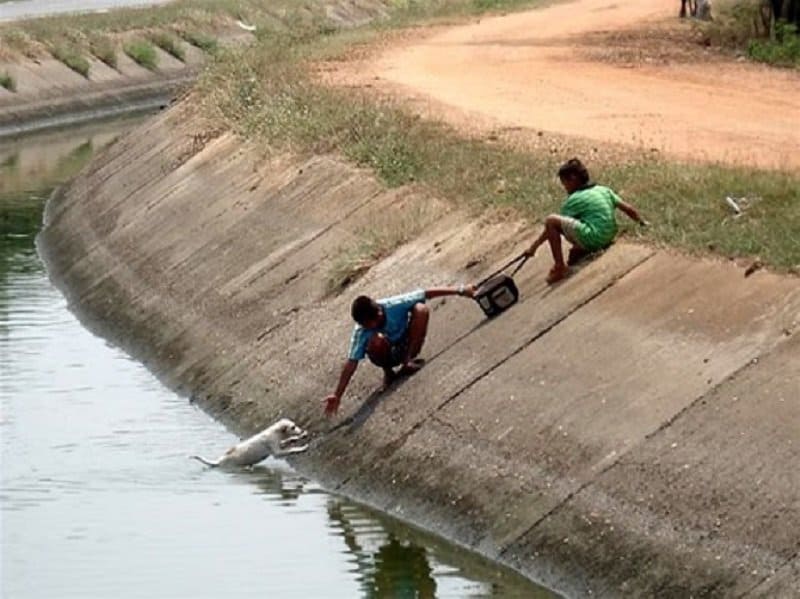 This adorable puppy was rescued from a flowing drain by these two boys who formed a human chain to rescue the pup. 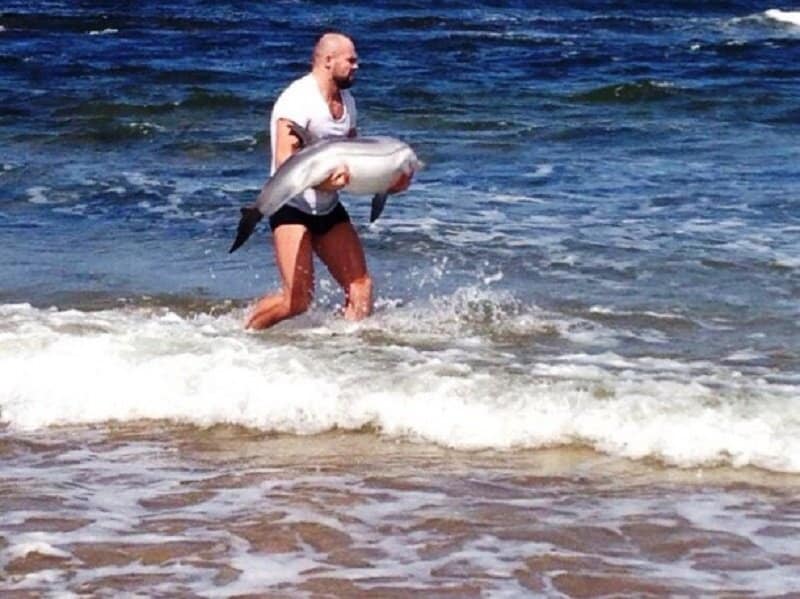 This baby dolphin was rescued by an MMA fighter named Cathal Pendred. He spotted the dolphin washed up on the beach and did his part by carrying the mammal back into the ocean. 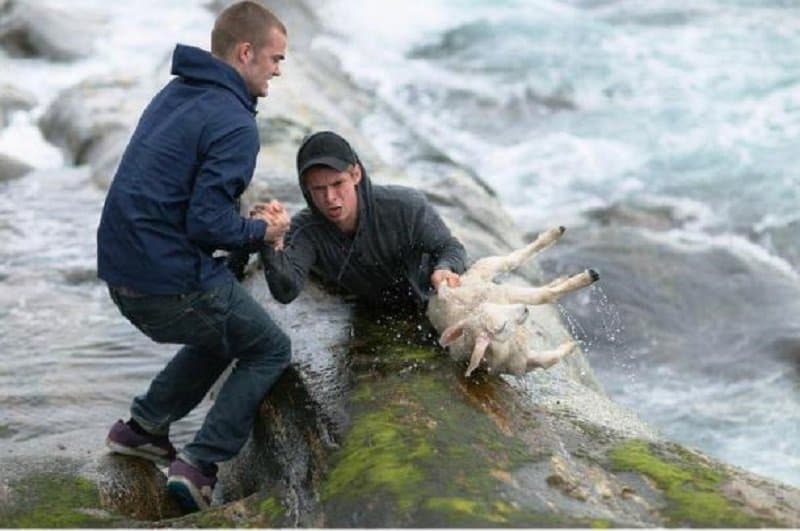 These two friends came together in a heroic way in order to rescue a drowning lamb in Norway. 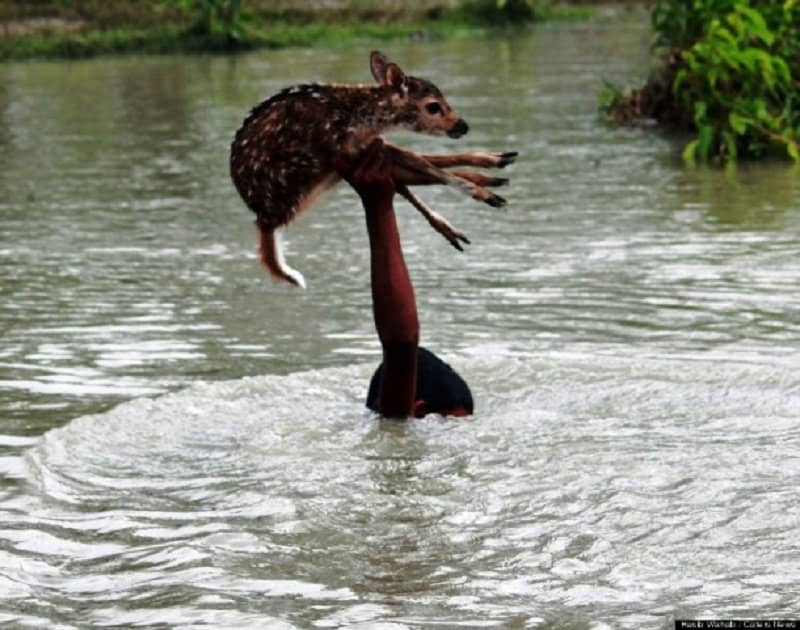 This picture was taken in Bangladesh where a courageous young man took the time to save a deer that was drowning in an overflowing river. 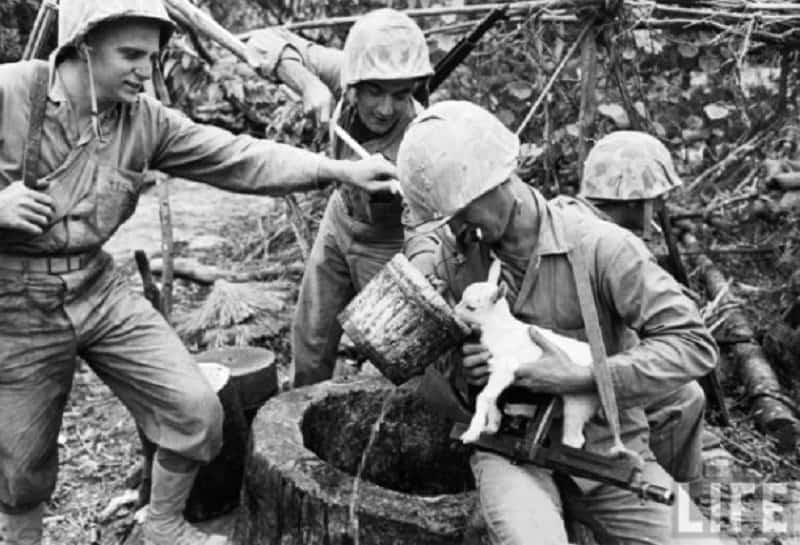 This iconic image was captured during the Battle of Okinawa. The soldiers took a break amidst the chaos of war in order to help a baby goat that was passing by the battlefield. 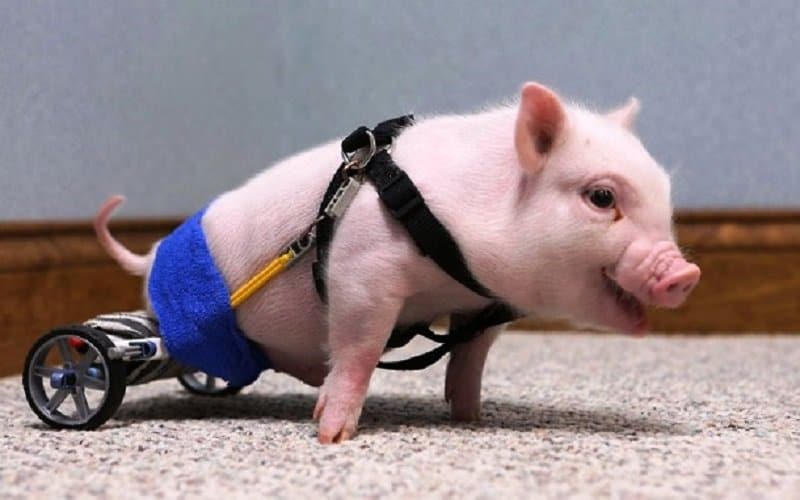 This adorable piglet was given an artificial pair of limbs by its owners who made the wheelchair using a set of toy parts. 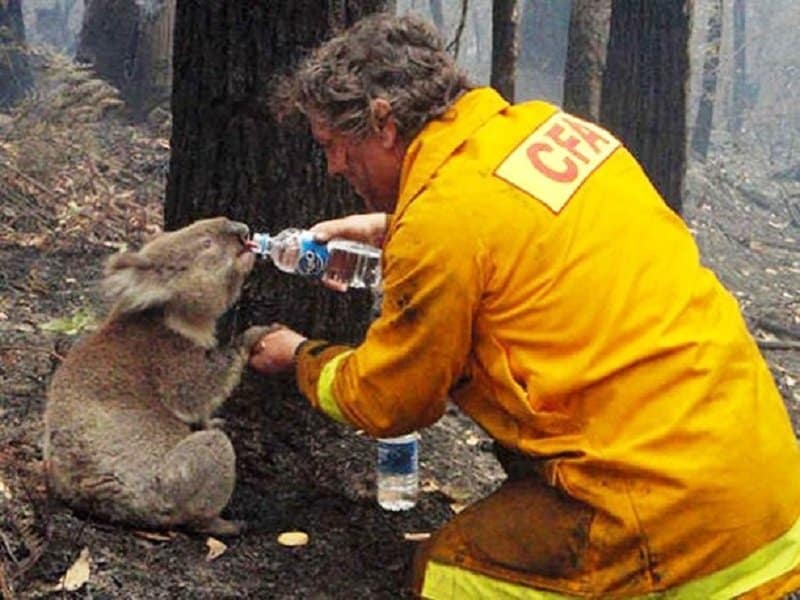 This fireman was kind enough to give water to a thirsty Koala after rescuing the animal from a bushfire. 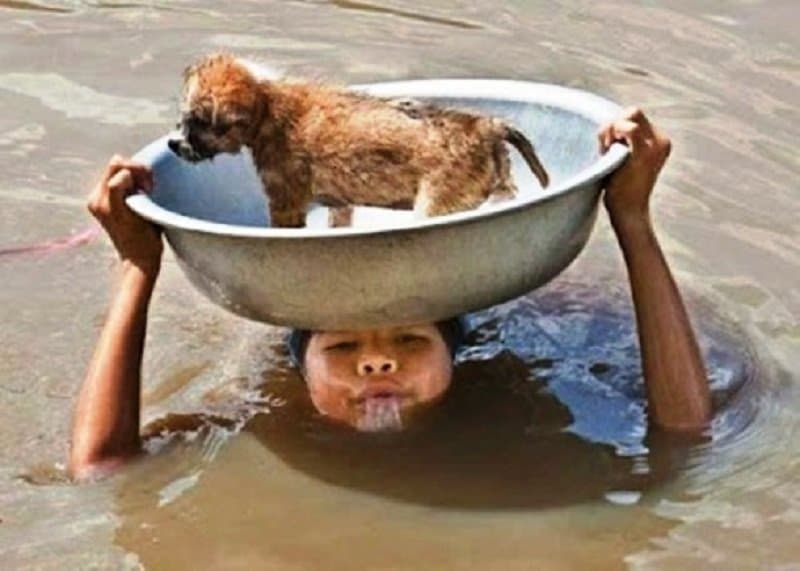 This woman was kind enough to protect her puppy from the flood while showing little concern for her own well-being.