Many predators have found strange and clever ways to catch their prey and ensure they get a good meal. Hunting is such an essential skill for a wide range of creatures that it shouldn’t come as much of a surprise that there have been some truly ingenious methods developed by animals as they attempt to find more food. Not every example involves a predator simply overpowering or catching their prey off guard either, in fact nature has come up with some pretty scary and gruesome ways to hunt. 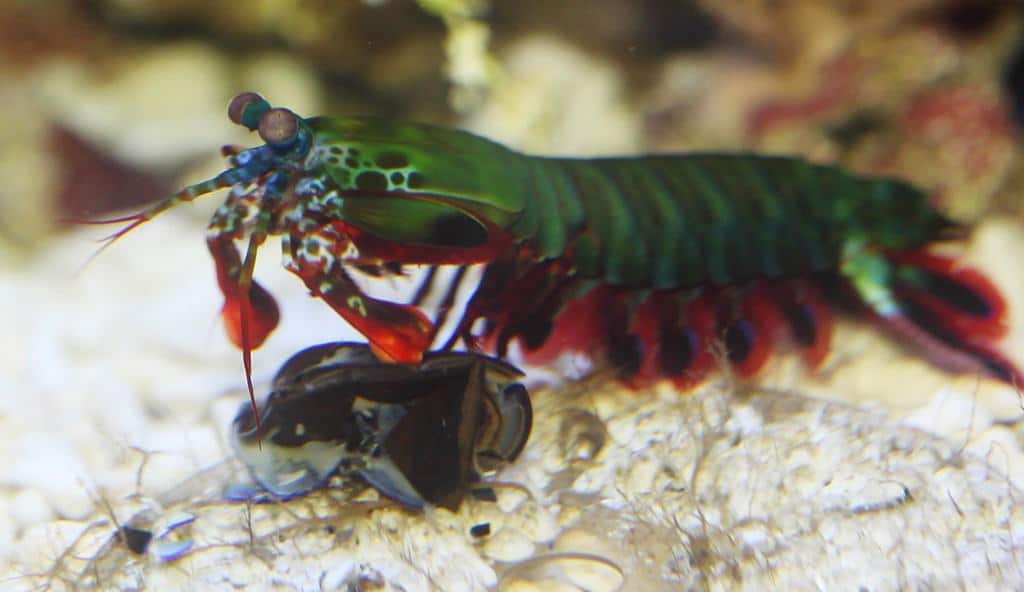 There are two main types of mantis shrimp, otherwise known as stomatopods, which are capable of killing other animals quickly and efficiently. The first uses a club like part of their arm while the other has a large spear to pierce through prey, though in both cases the movement of the arm is so fast and powerful that it is capable of breaking through glass. 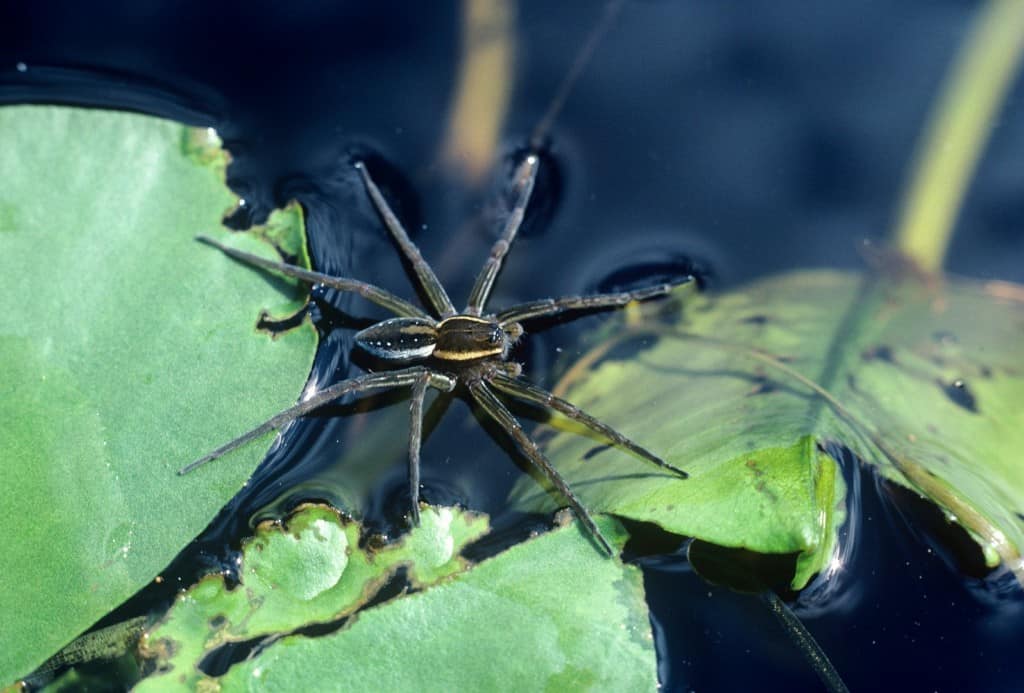 Although it is almost harmless to humans, the fishing spider is deadly to plenty of other creates. It can run and gallop on water or even use some of its legs like a sail to capture wind and travel across a lake or river. What makes them so unique is that they actually eat fish and frogs as part of their diet, diving under the surface of the water to catch their prey. They are even capable of capturing marine life that is five times as heavy as they are. 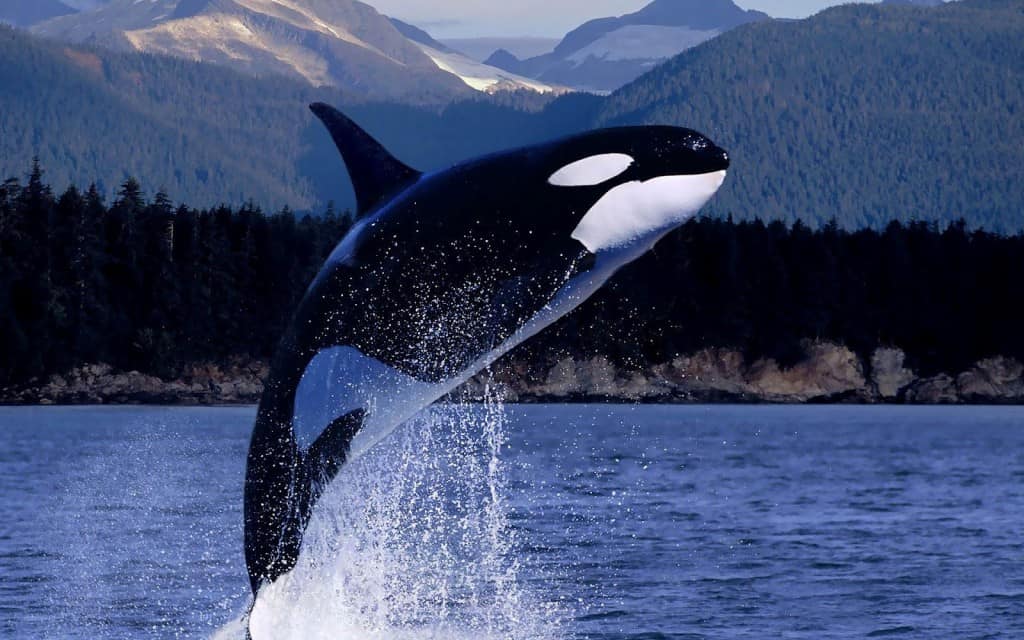 Killer Whales are some of the most viscous and deadly predators in the water. They are able to hunt in packs and devise clever strategies to bring down their prey, which can include fish, seals and even sharks. One way they have of killing a shark is to try to surround it and then flip it over onto its back, inducing a paralysis-like state in the shark that allows the killer whales to incapacitate it. 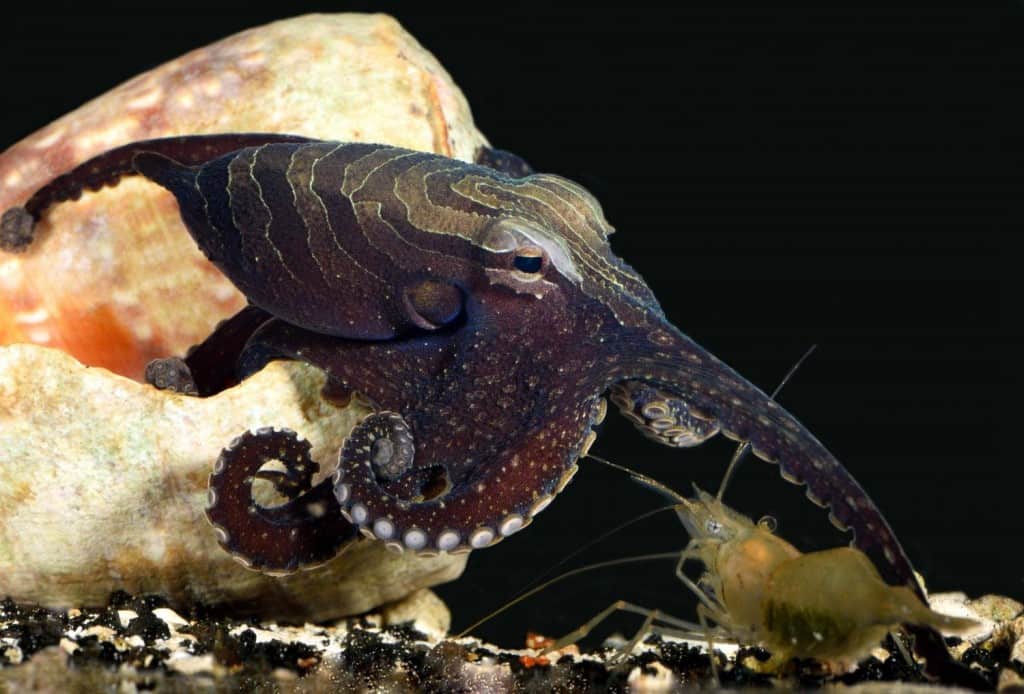 Most octopuses are ambush predators who will leap out on their prey and attack them with all eight of their arms at once. However, the pacific striped octopus has a unique method that involved sneaking up on a smaller animal, such as a shrimp, and then tapping it on its behind with one of its arms. This causes the prey to become startled and attempt to get away from whatever touched it, running straight into the octopuses’ waiting tentacles. 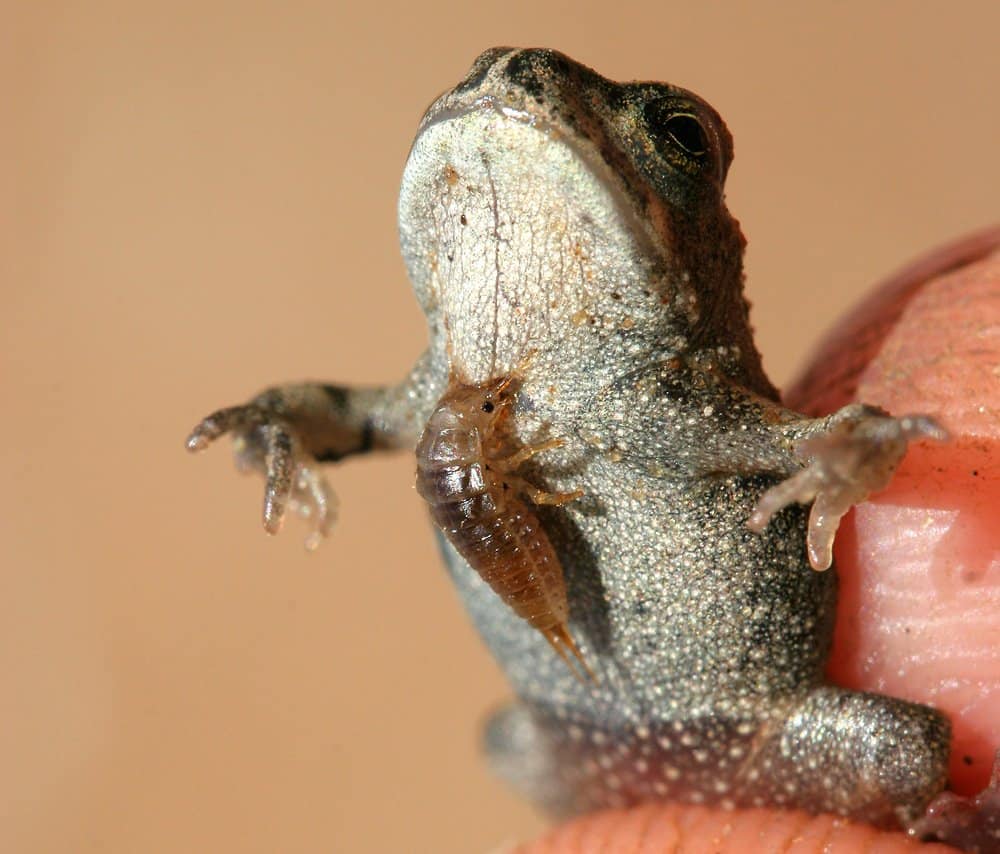 The larvae of the epomis ground beetle makes itself appear to be a helpless creature that would make an easy meal for toads and frogs. However, as soon as one of the amphibians approaches it, it latches onto their body or inside the mouth and then slowly begins to eat away at the larger animal. Its grip is so powerful that the frogs cannot get it off, meaning it is doomed to death. 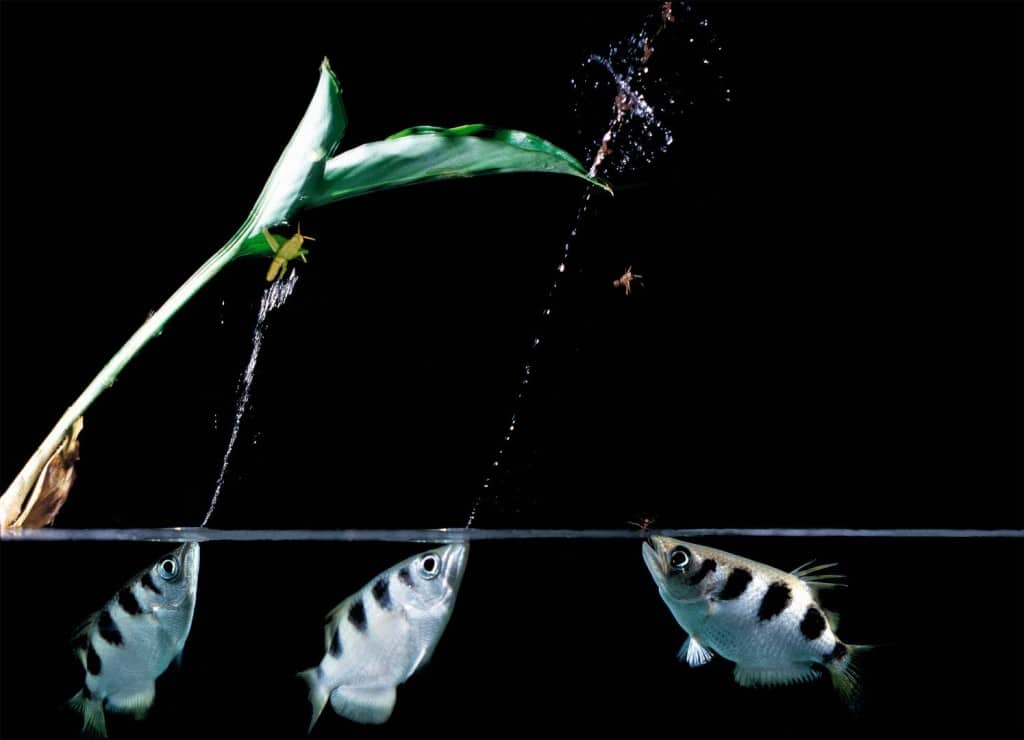 Fish that eat insects generally have to wait for the tiny creates to come onto the water surface so that fish can then jump out and quickly eat them. The archerfish though uses a different tactic. It is actually able to squirt water several feet high, using the stream of liquid to shoot down spiders and other creepy crawlies onto the surface where it can easily reach them. 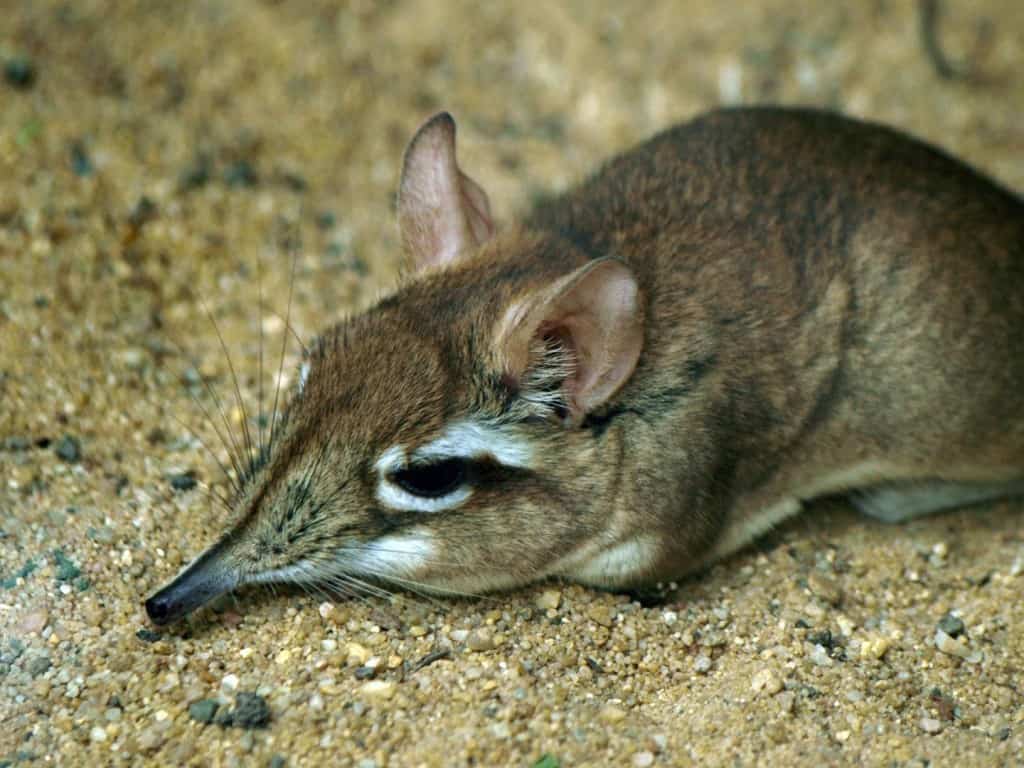 Certain shrews are able to produce venom in their saliva, which is strong enough to completely paralyze small animals such as mice. However, once they have incapacitated their prey, the shrews do not kill it. Instead they slowly eat the mice alive over the course of several days so that the meat stays fresh until the creature eventually dies from its injuries. 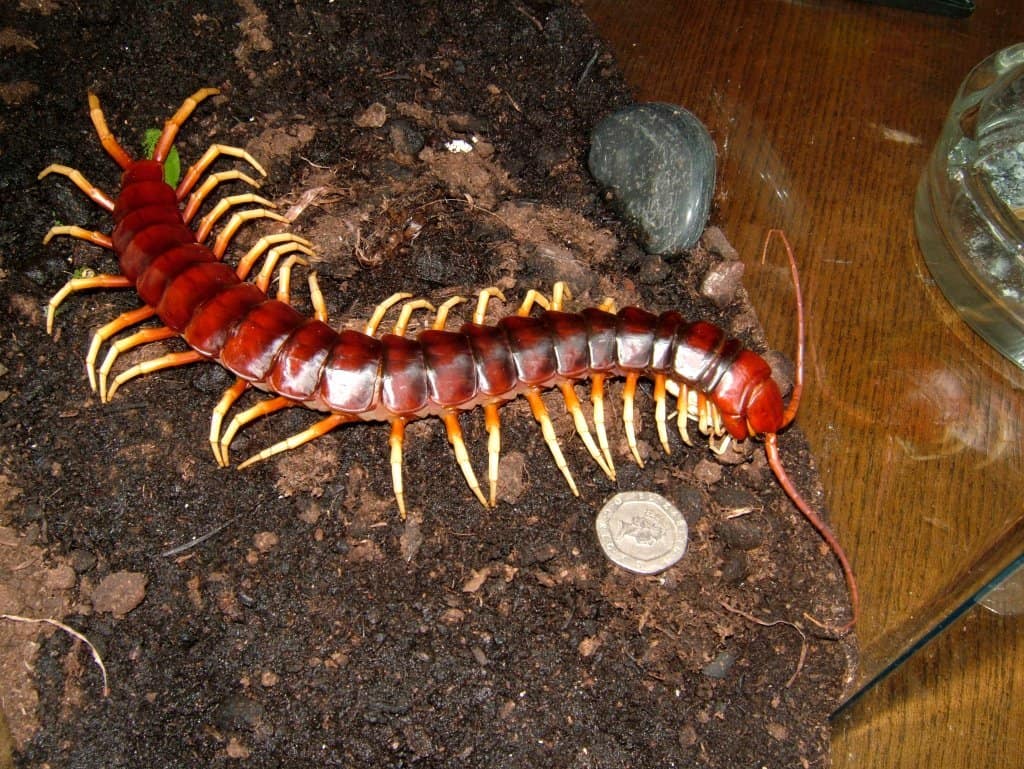 Unlike many other types of centipede, the Amazonian giant centipede hunts quite large prey in the form of bats. Hiding on the ceilings of dark caves, they attempt to attack the mammals as they fly through the caves using claws that are laced with venom. If they hit any bats they then become paralyzed and are easy targets for the centipedes as they lie on the floor. 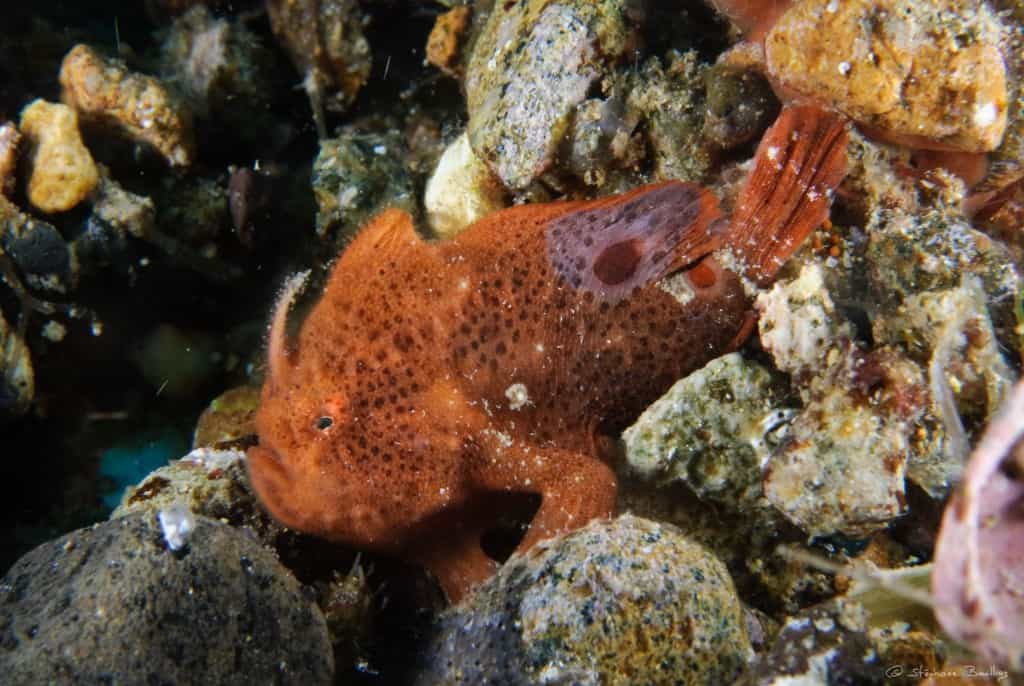 The frogfish has a unusual way to attract prey to near to it in order to making hunting that much easier. It’s head has a large appendage attached to it that looks like a worm, attracting smaller fish to it in the hopes of an easy meal. It then jumps into act and surprises the prey when it gets close enough. 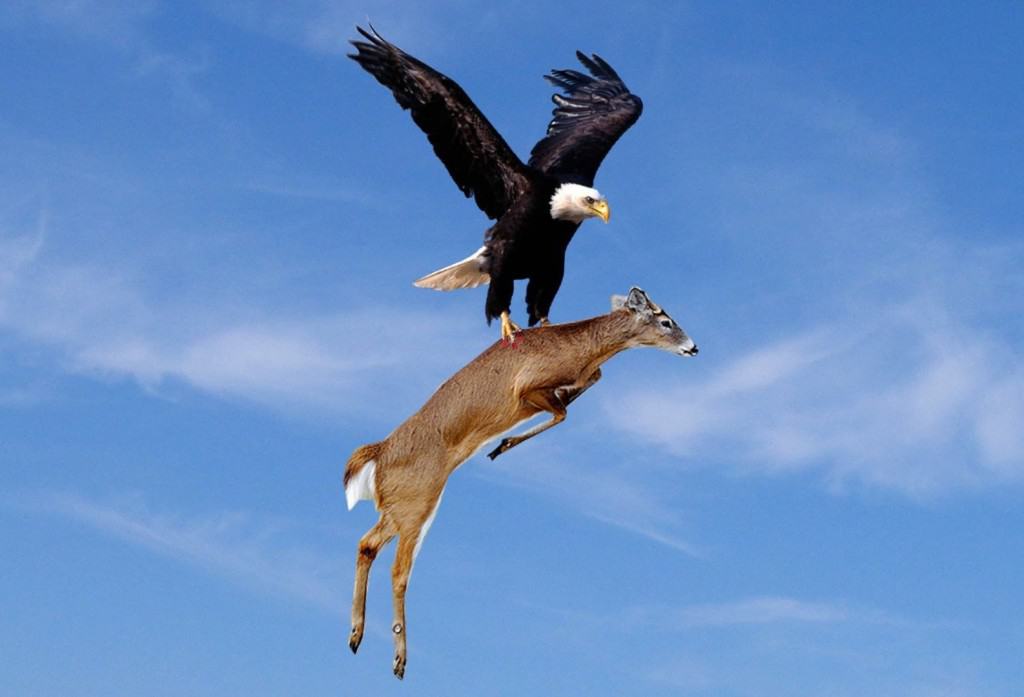 Mountain goats provide the perfect meal for an eagle family due to their large size, yet this also poses a problem as the bird would be unable to kill the mammal in a standard fight. Instead, they grip tightly onto the goat or simple barge into it with the aim of knocking it off a high cliff so that gravity can do the work. Once the animal has died from the huge impact, the eagle can carry the goat away.